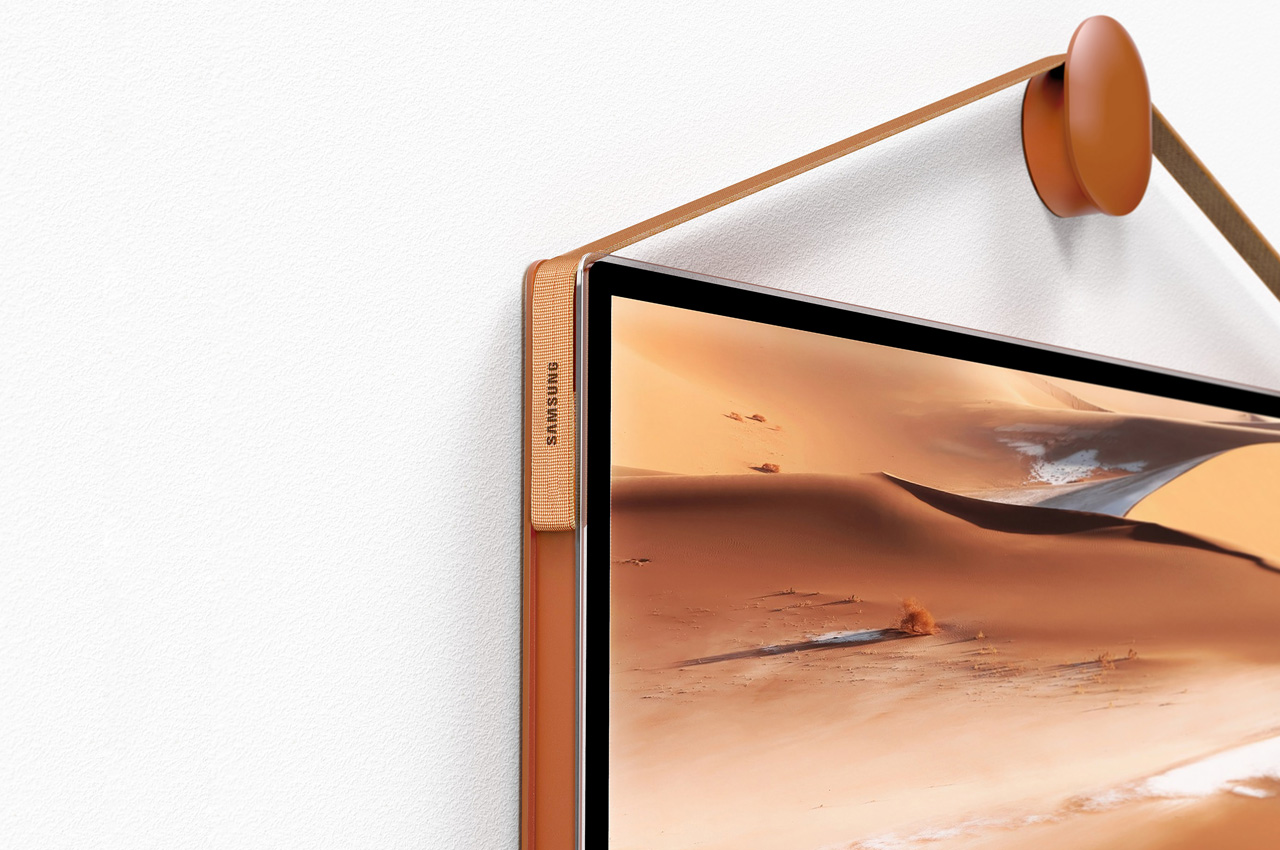 Hanging a TV set like a picture frame on the wall may seem too risky at the first glance, but if you consider that it’s a design that’s pretty tested, and it opens up the TV for a range of use case scenarios, you’re instantly intrigued!

If you have used a Samsung Series 4 LED TV, you’d relate to the fact that they came with a metal string like this one predicted for the Pendant TV. It would rest on a pulley-like mount screwed into the wall, allowing the TV set to hang like a good old picture frame. 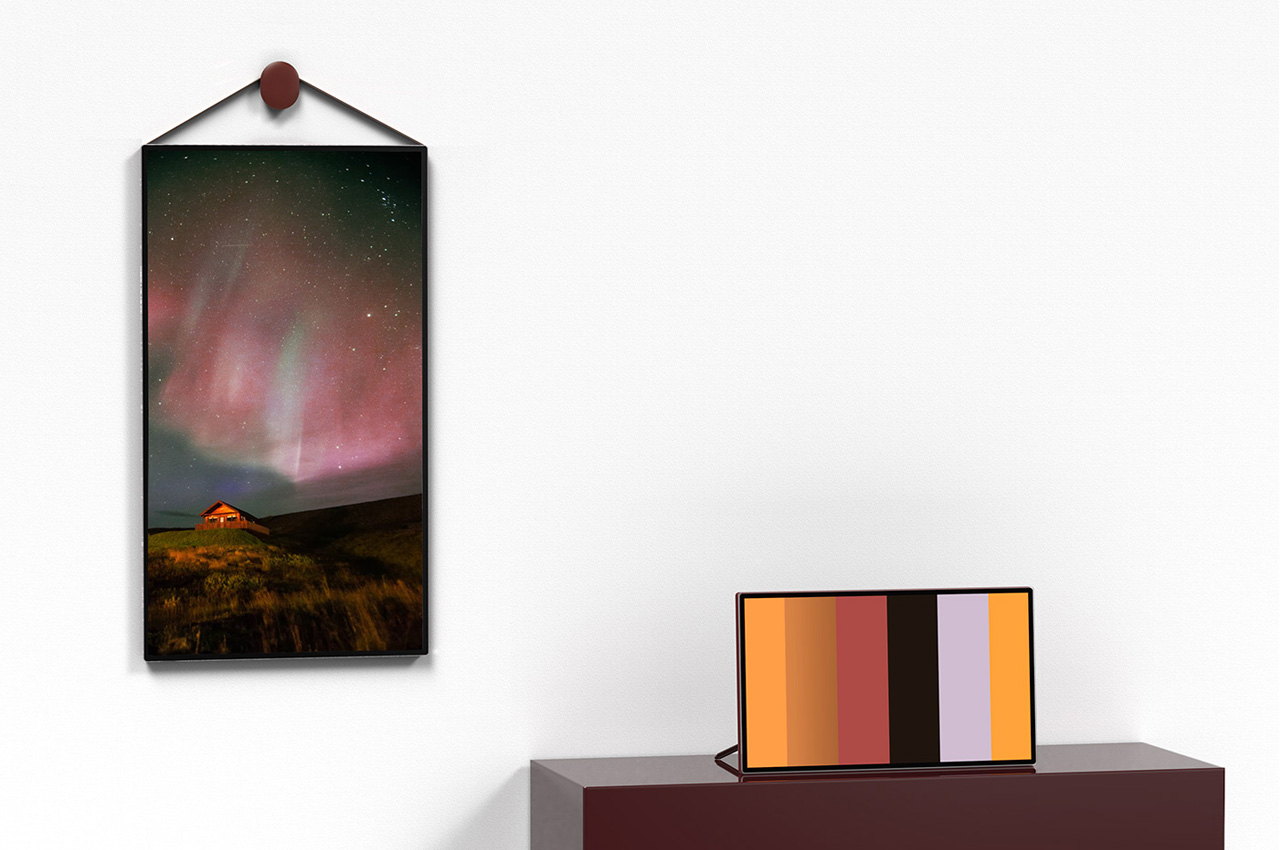 This way of mounting a TV, for me definitely, was a far better choice than the current day mounts. It was way sleeker and held the TV set closer to the wall, unlike the brackets now used with larger display-sized televisions, which tend to protrude from the wall leaving a sizable gap between the wall and the TV. We can give it for the fact that hanging the large displays this way would be a little dicey and unstable, but the entry-level sizes, maybe even up to the 43-inch odd, can still resort to this sleeker and convenient way of hanging TVs to the wall. 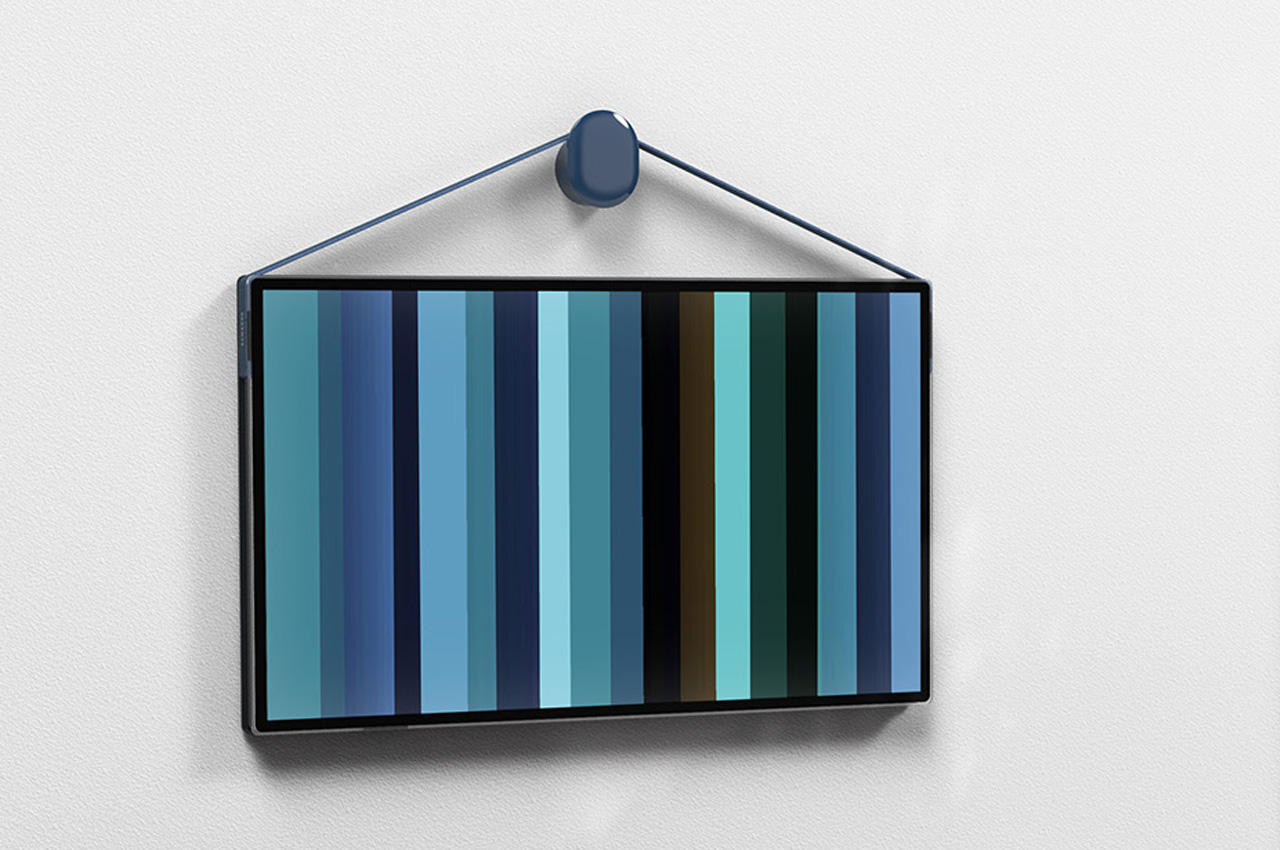 That said, Pendant TV is influenced but different from the hanging mechanism Samsung has executed. Considering this conceptual TV is a result of a workshop with Samsung, we can presume the design here is influenced by the South Korean tech giant. While the marketed hanging style from Samsung actually ensured the hanging sting hid behind the display; the clean hanging layout makes the fine fabric strap visible with the Pendant TV display.

Interestingly, the Pendant TV can be hung on the wall, using an eye-pleasing hook, in either landscape or portrait orientations – facilitating you to match the display to the sort of content you’re binge-watching – just like you’d with a smartphone. What really makes me intrigued is the kind of convenience it brings to the ultimate technology Samsung has been working on. You’d remember the Sero 4K OLED TV Samsung introduced at the CES 2020. The TV automatically tips between landscape and portrait orientations to match the content user’s playing. 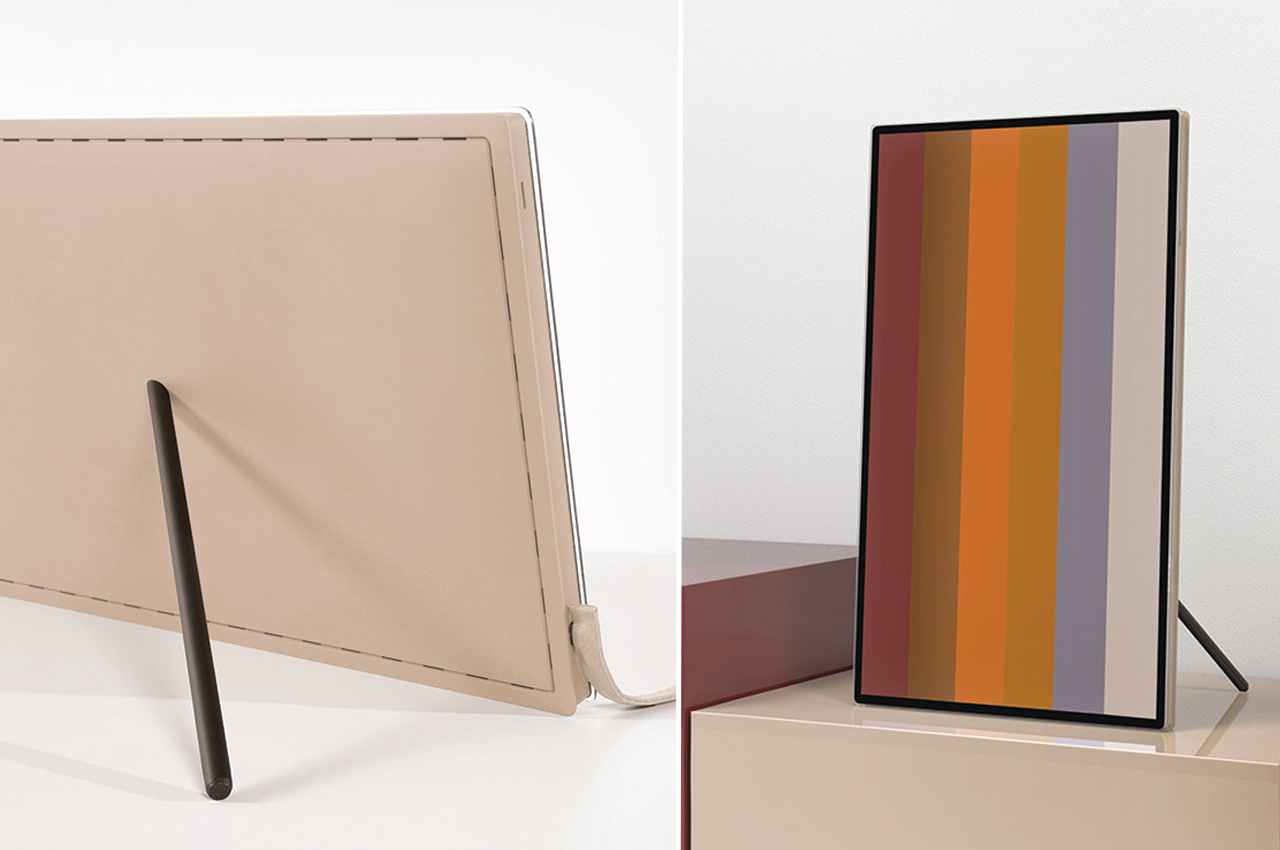 With a TV set like the Pendant, you’d have to make some effort to get up from the sofa and change the orientation, but the humungous cost it’ll save you is going to be worth that long walk from the couch. Besides, the Pendant TV is also versioned with an attachable kickstand, which you can connect to instantly allow the TV unit to sit on the table in either orientation. Now that’s as convenient as picking the TV from the wall and placing it on the table – no installation, mounts, or any sort of help required. 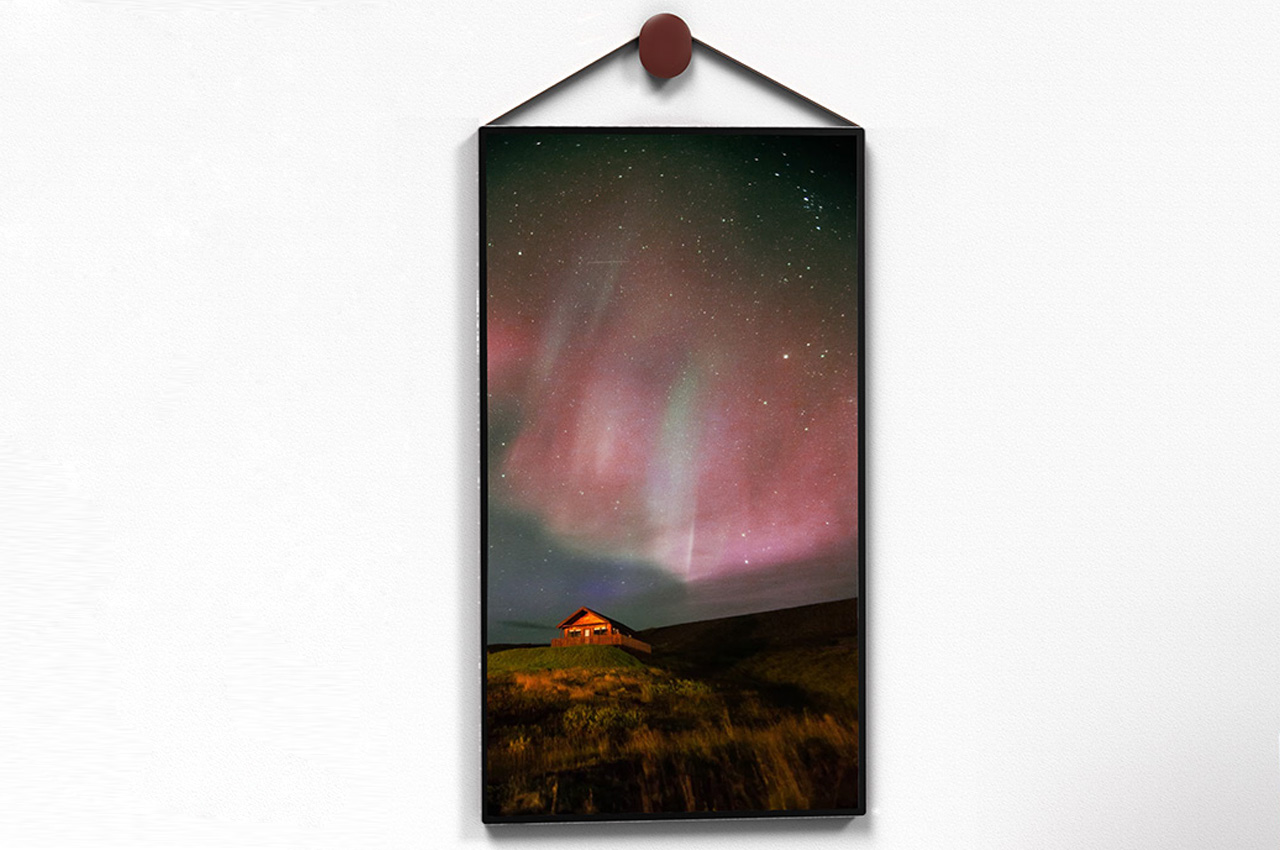 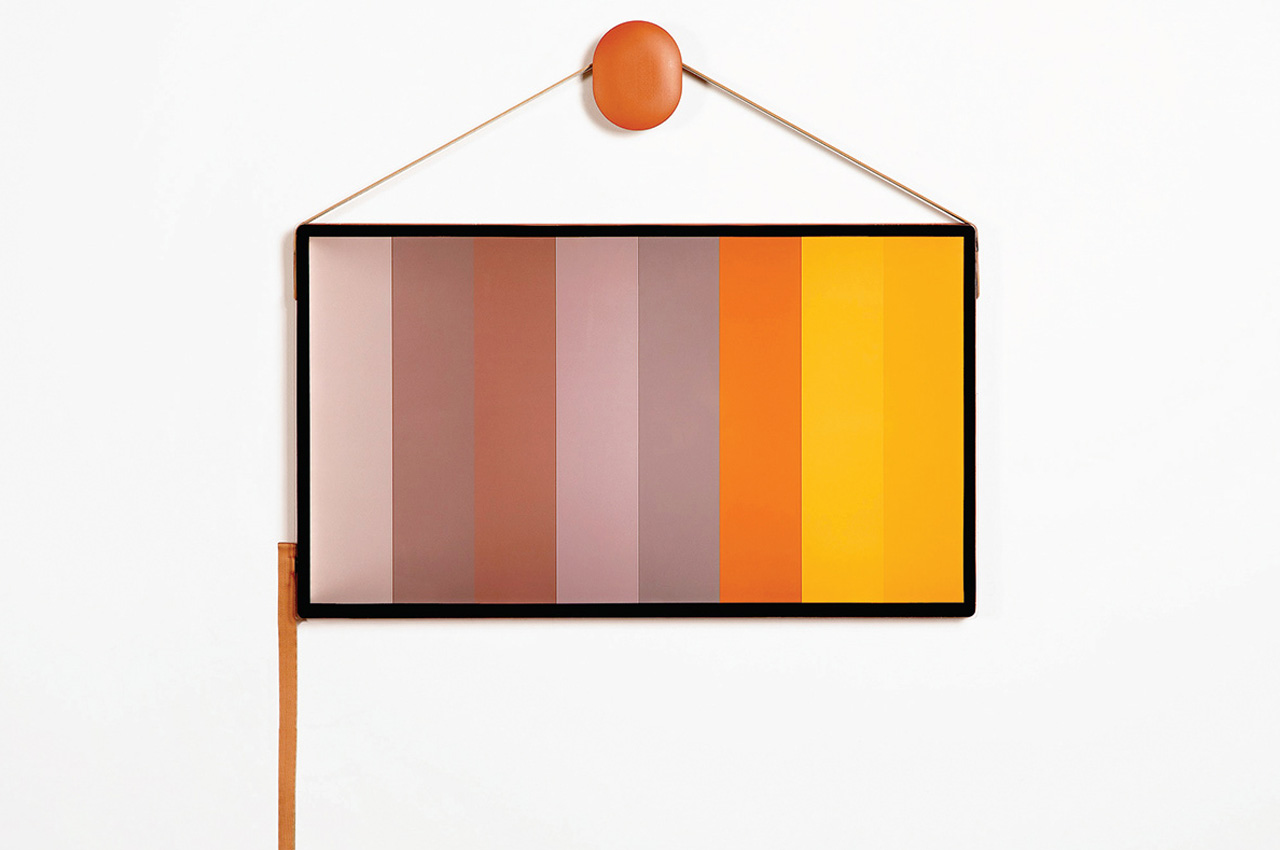 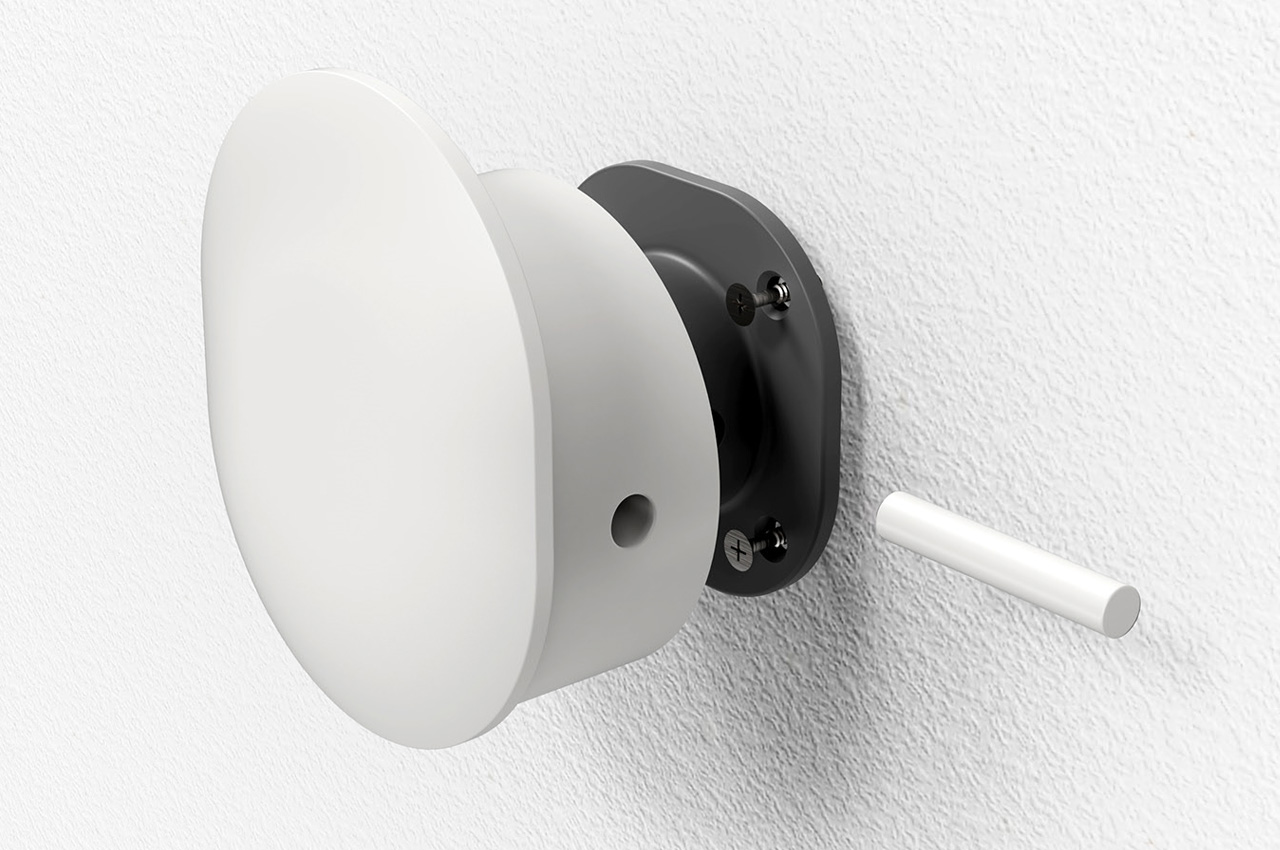 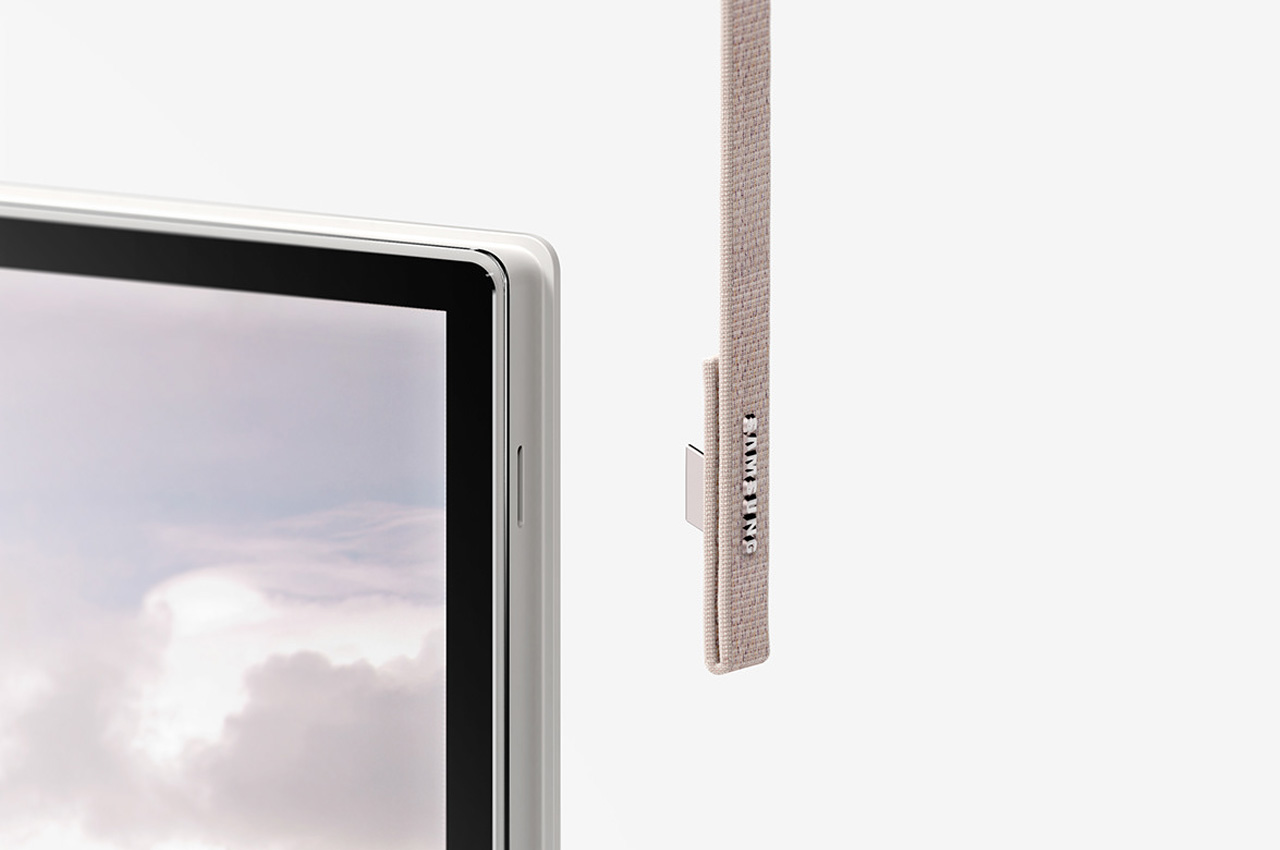 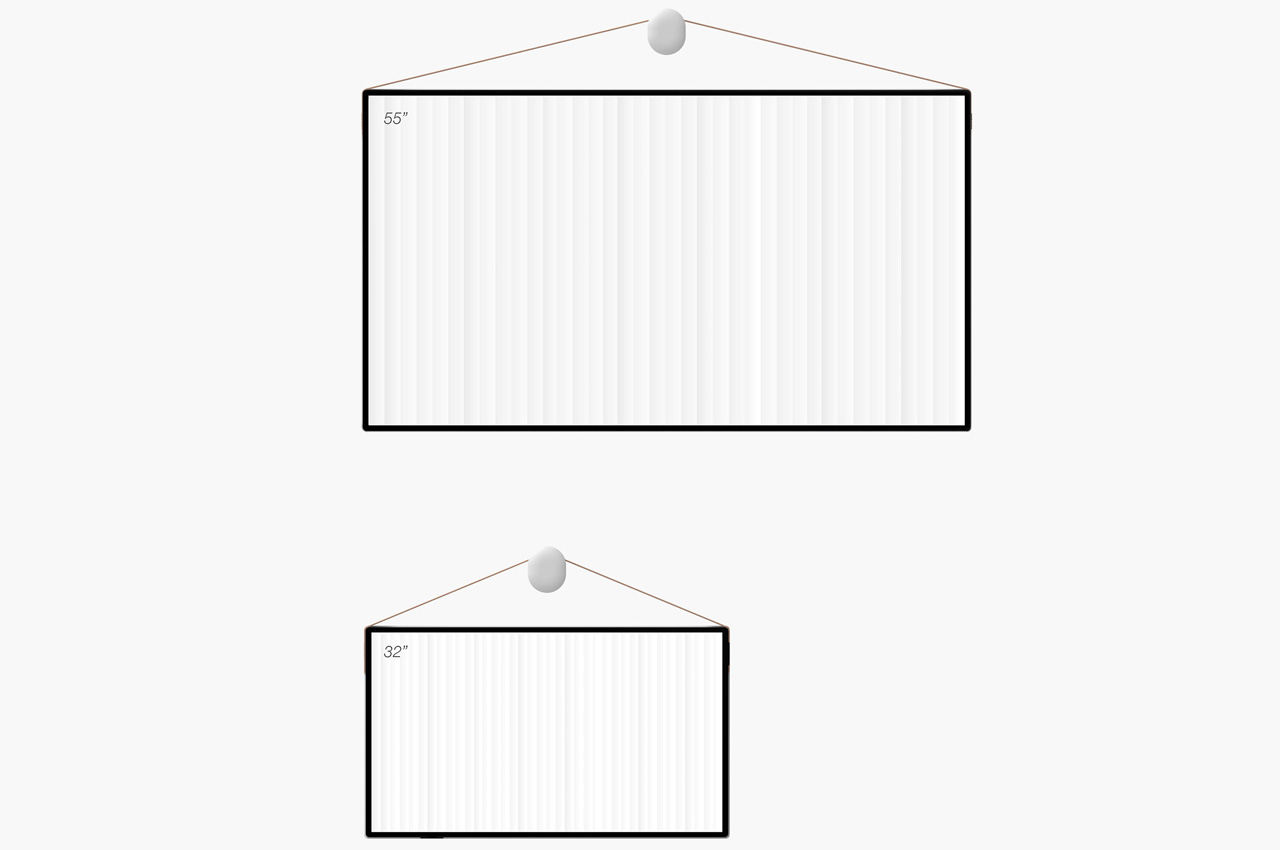 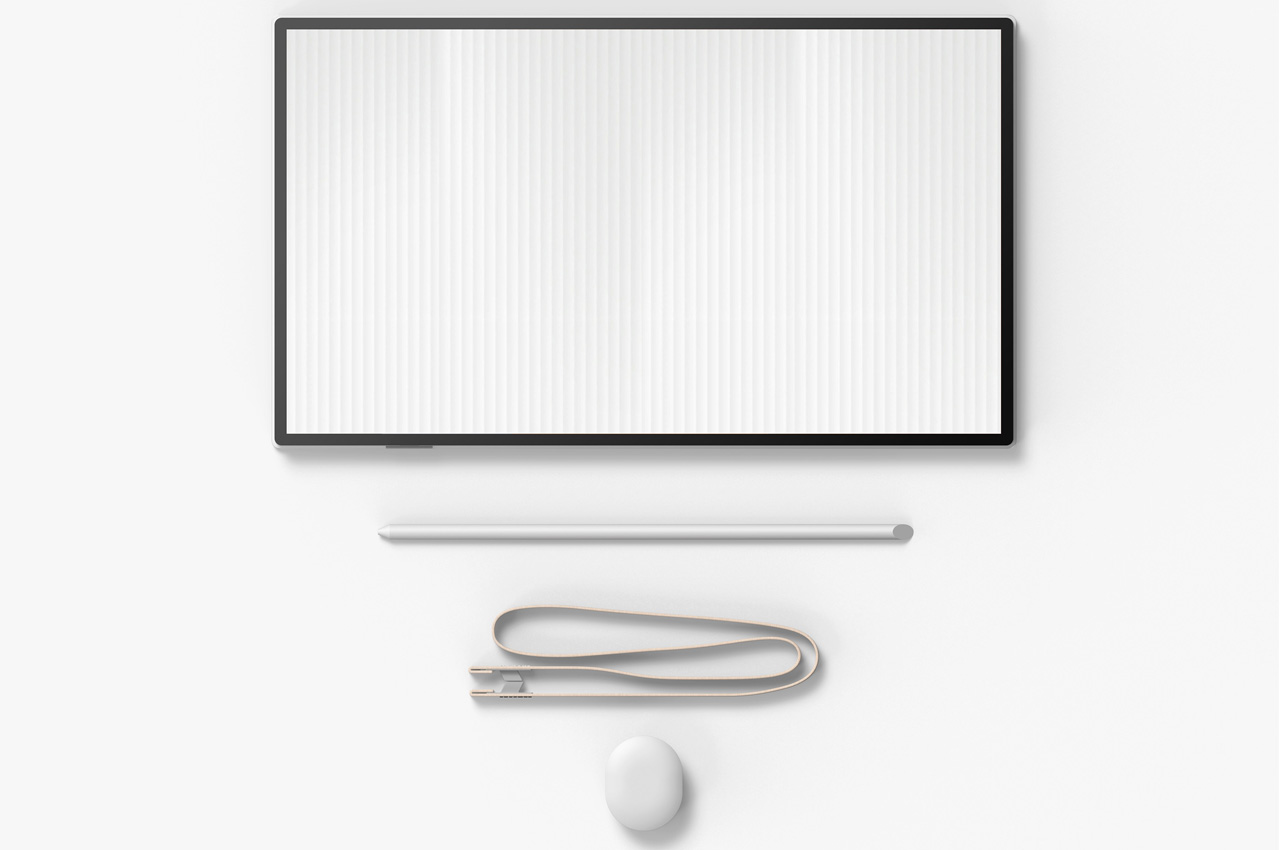 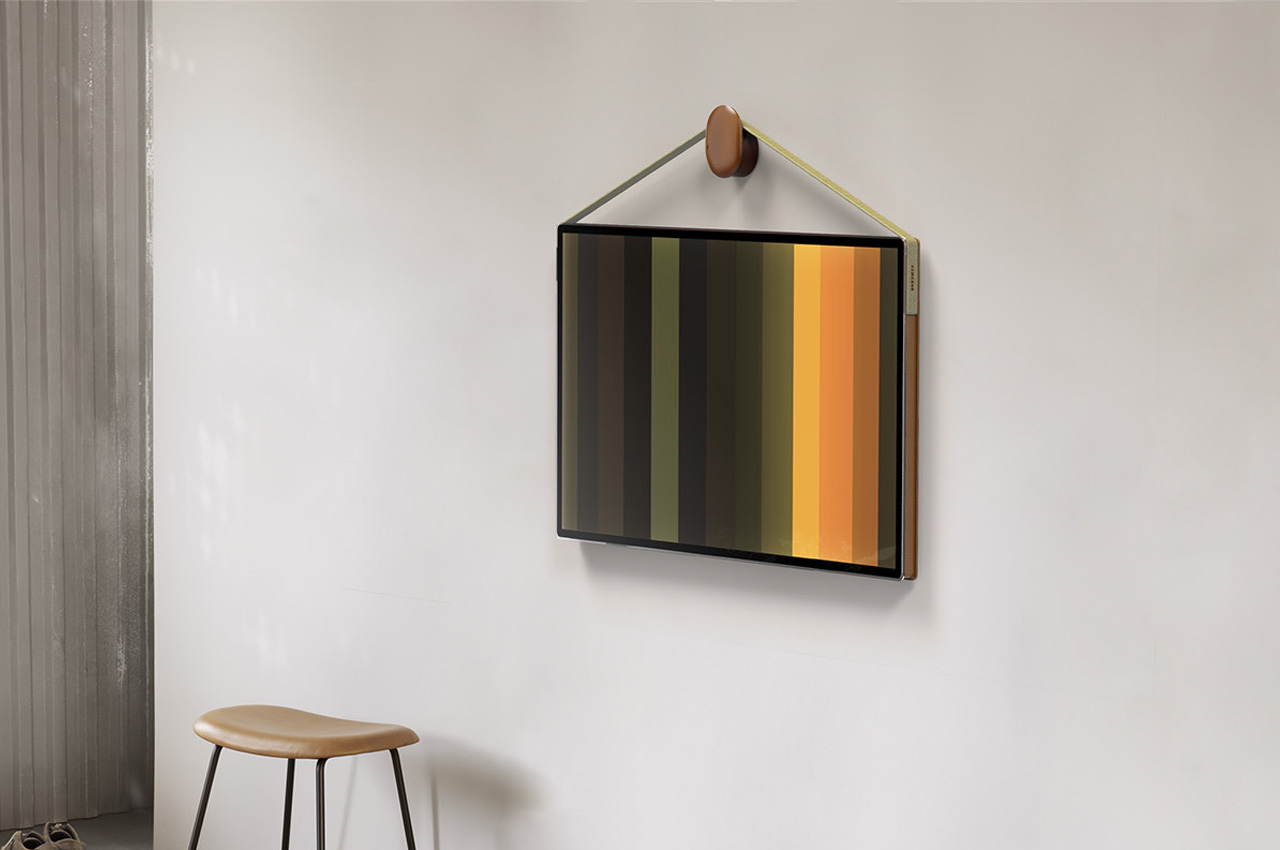 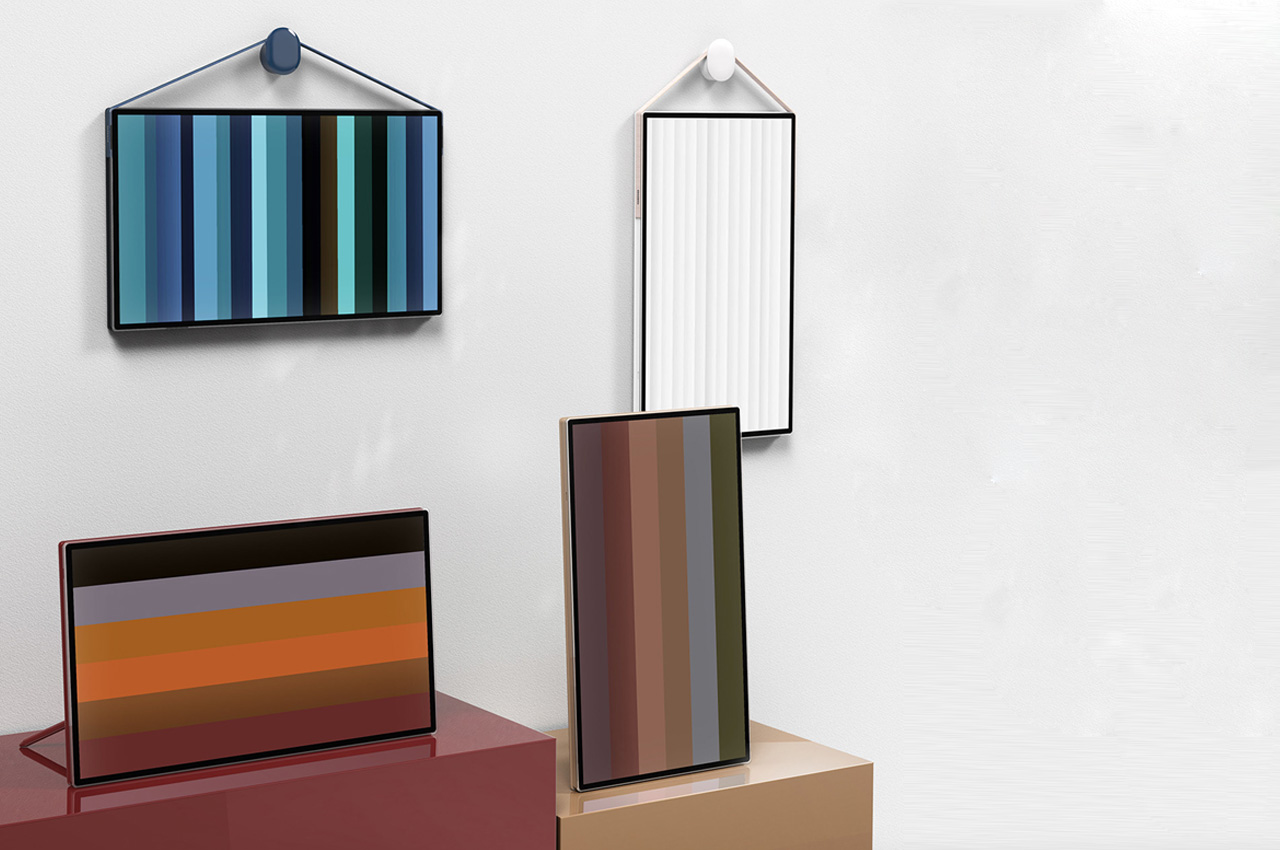 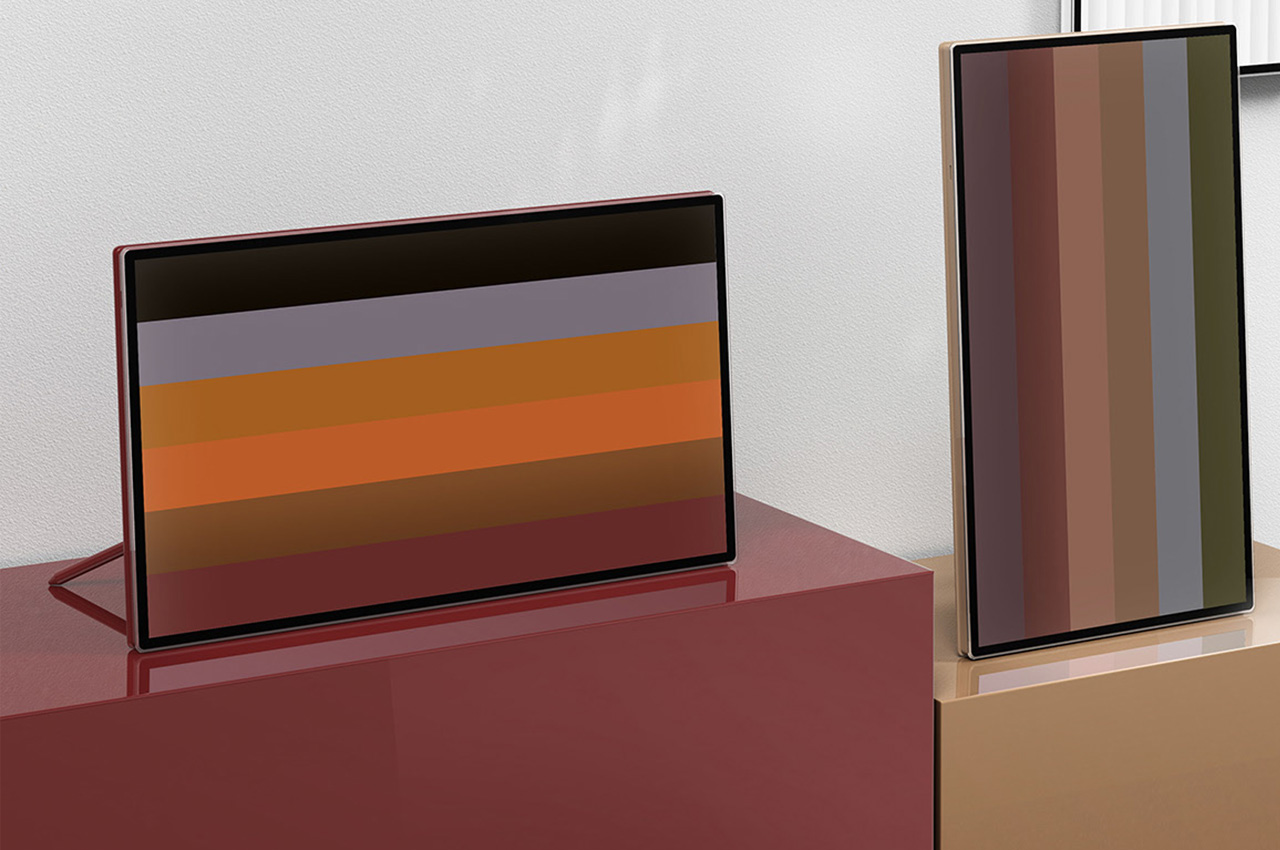 This Headset Does VR the Correct Way

“Would you make a peanut butter and jelly sandwich without the jelly?” says the narrator in the video above rather convincingly, and I can’t help…

Isn’t it funny that Apple sells its own leather case for the iPhone, a product that has literally no history with leather, and leather holders…

A speaker as good alive as dead.

We’d like to believe our beloved devices will last us a lifetime, but they all have an expiration date whether it’s because we upgrade or…

Toasting By The Color

Hue is a toaster that toasts bread according to the shade you choose. The toaster apparently harnesses the power of an array of color sensors…