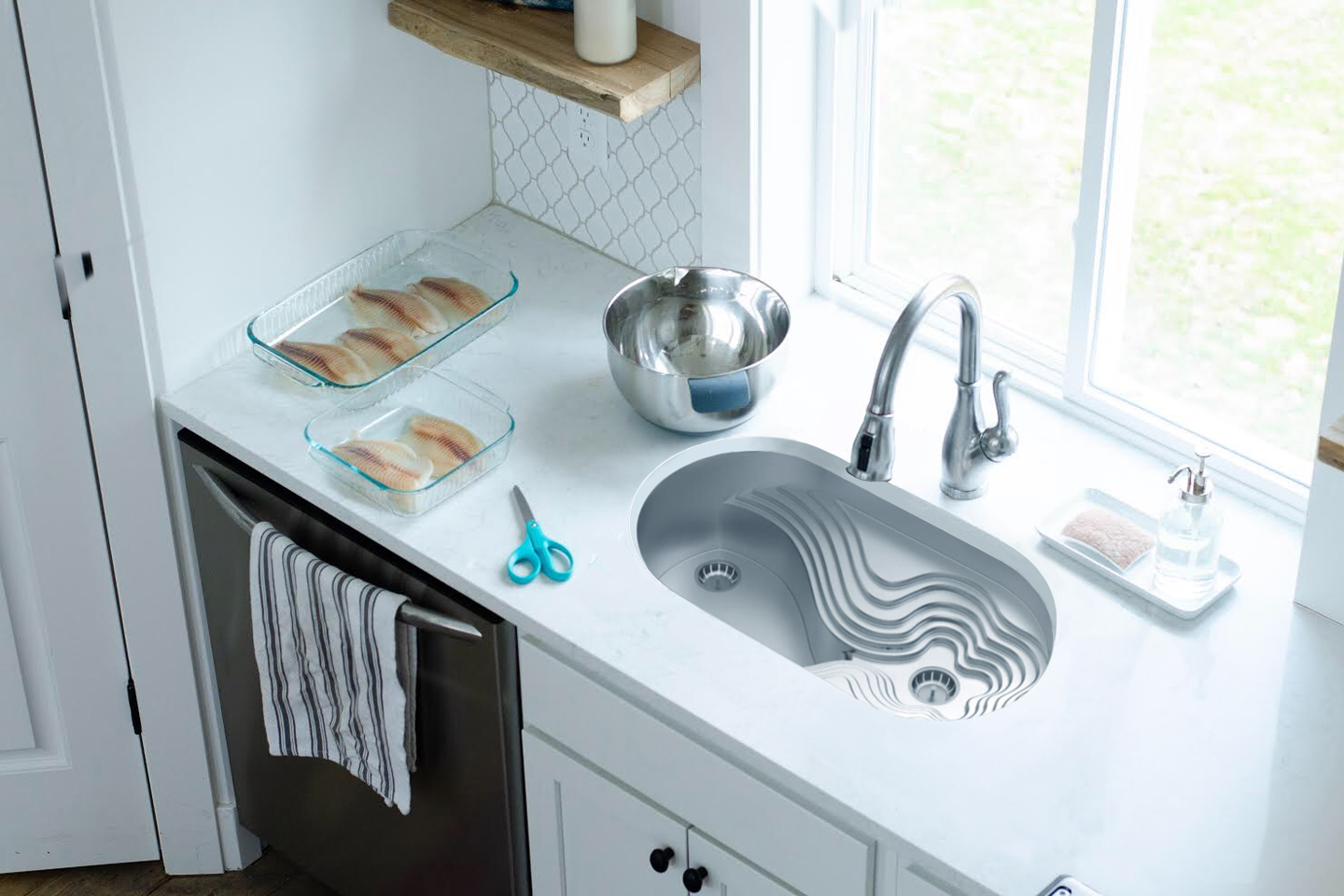 Moray is a statement kitchen sink built on a scheme of chamfers, angled surfaces, and curved edges designed for one-handed users like amputees, parents, and those with an injured upper limb to use as leverage when washing dishes.

Even those who claim to enjoy washing dishes put it off sometimes. And don’t hold your breath for the rest of us. While it can feel like a mindless chore for some of us–amputees, parents of young children, and people with injured upper limbs must consider their best approach when washing dishes because conventional sinks don’t cater to one-handed dishwashing techniques. Changing this, Natalia Baltazar, a Bay Area industrial design student developed a statement kitchen sink that’s designed to be universal. 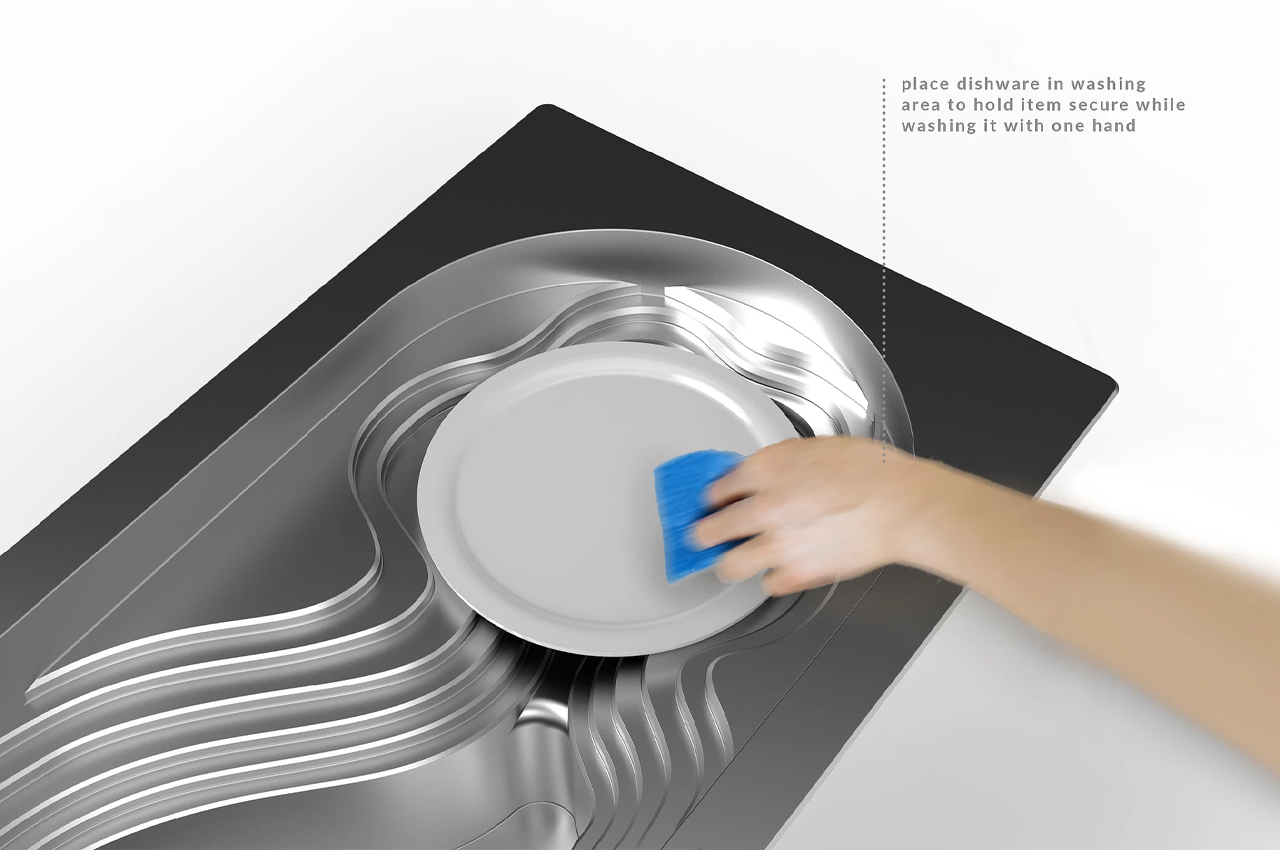 Providing leverage for one-handed users, Moray is built with an assortment of chamfers, angled surfaces, and curved edges that hold dishes in one place while they’re getting washed. In refining her universal kitchen sink, Baltazar identified the obstacles faced in the kitchen for one-handed dishwashers and sought to solve them with Moray. Following a series of indirect observation and ideation periods, Baltazar learned that it’s less so about introducing new tools and more about redesigning the sink from the basin up. 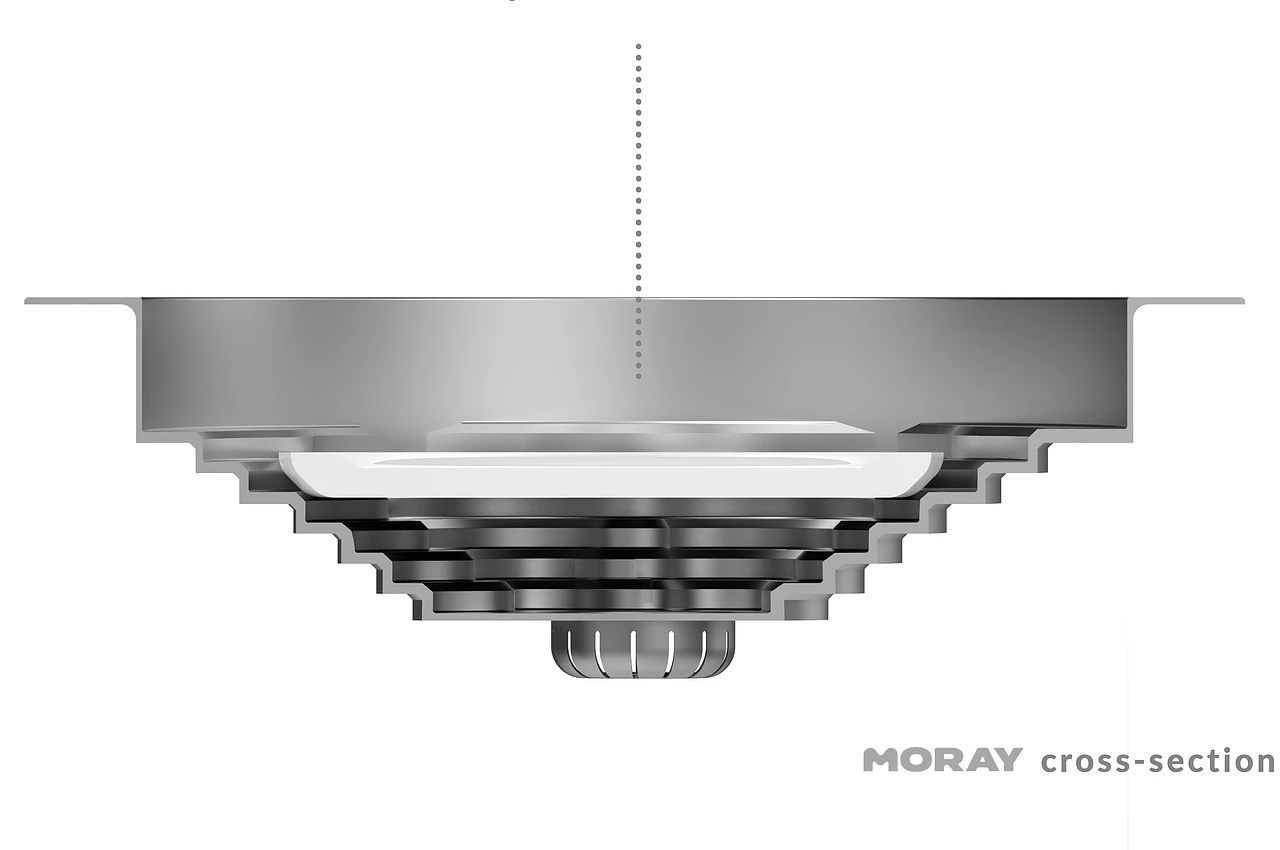 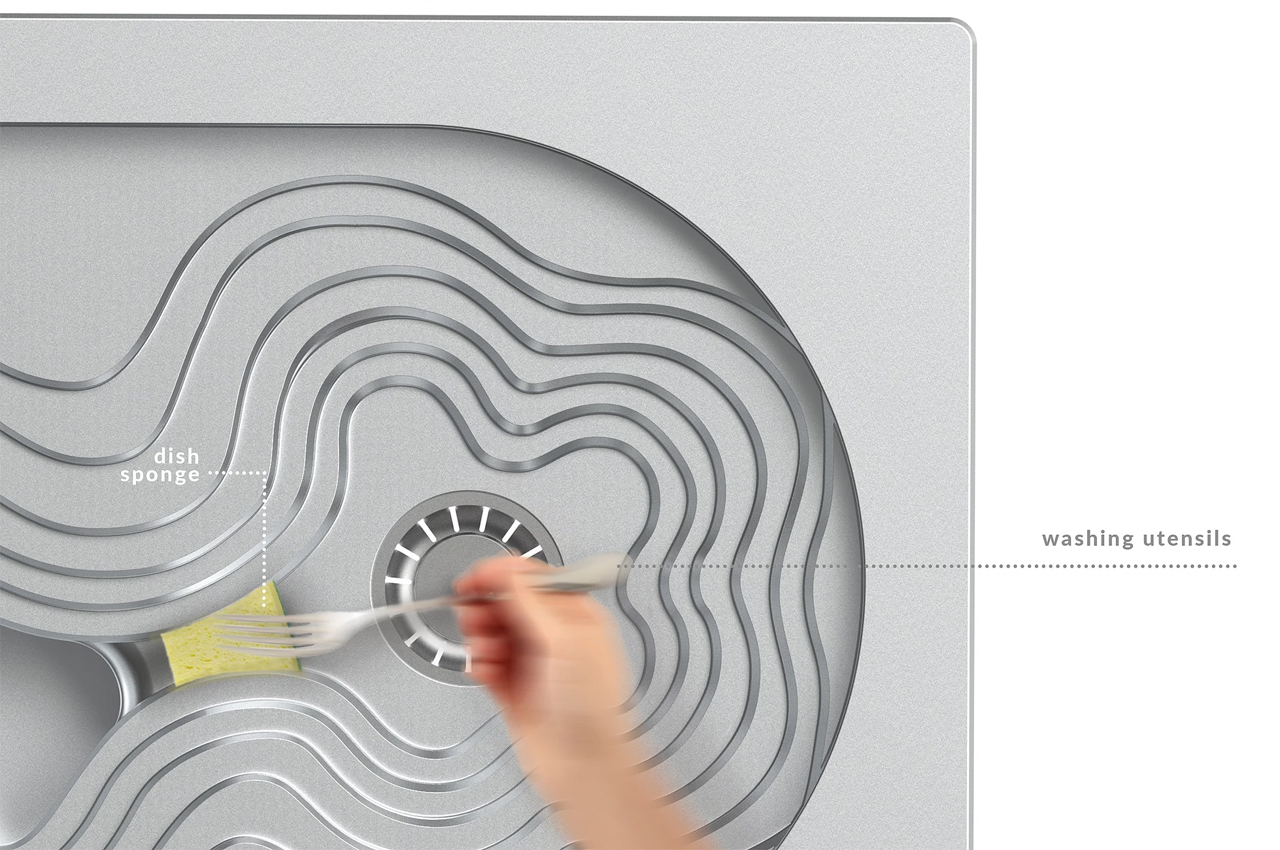 Inspired by the traditional dual-basin sink, Moray features a deep soaking basin where dishes can soak before getting scrubbed down with a sponge and soap. Inspired by terrace farming, undulating chamfers, ridges, and angled edges are located beside the water basin where dishwashers can position the plates to remain in place while scrubbing them down. Baltazar even thought of a cavity in the design scheme where dishwashers can wedge sponges to wash utensils. 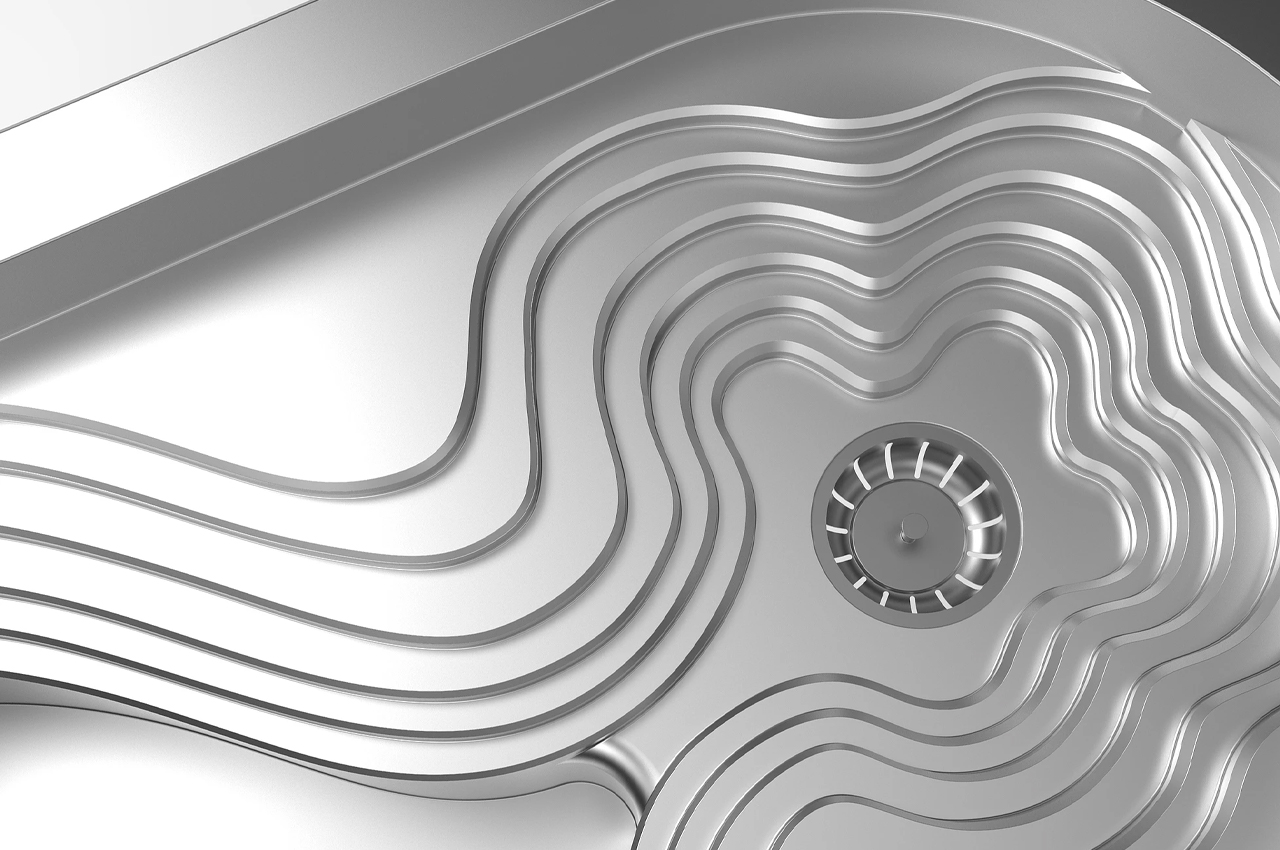 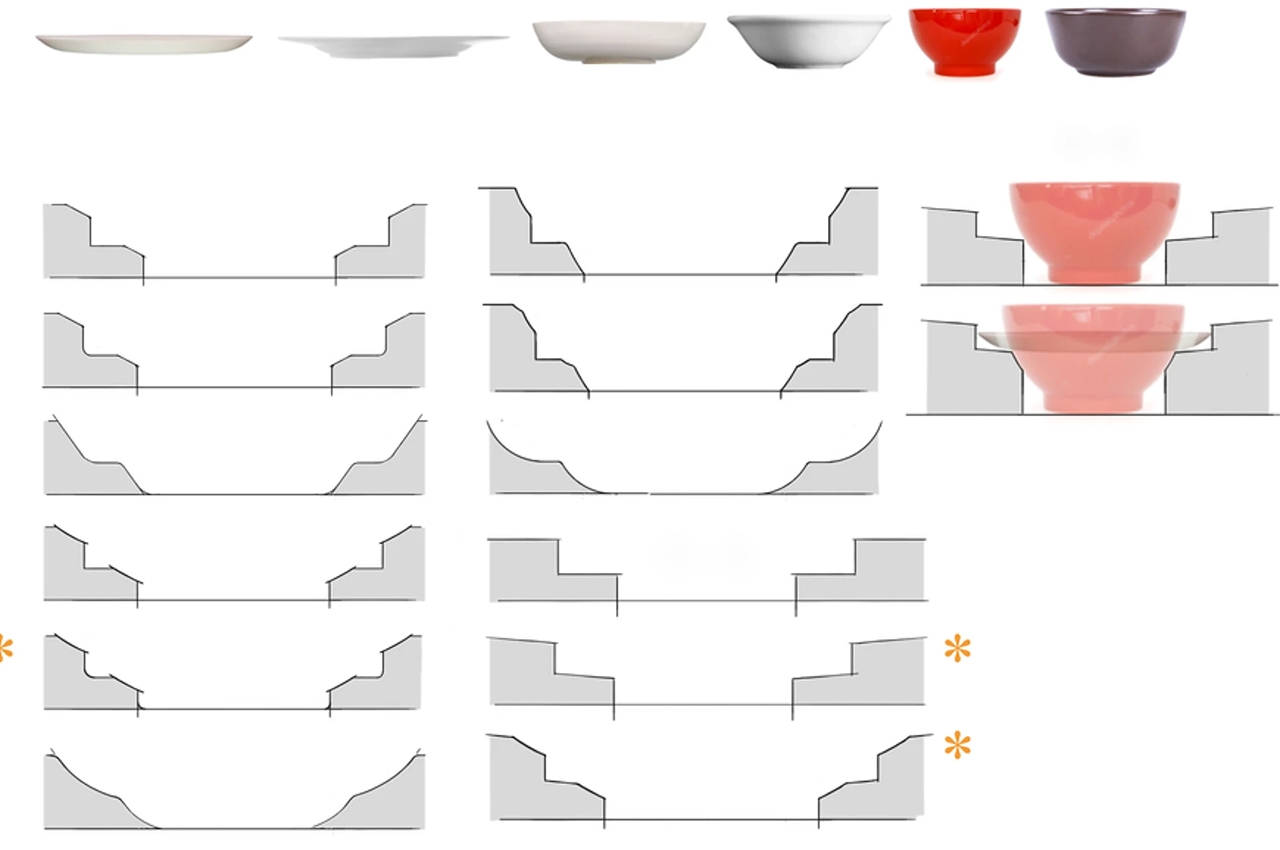 The curvilinear design of the dish racks are points of leverage for dishwashers and completely drain of water thanks to their rounded edges. The only difference between Moray and the traditional sink is the appearance. Users can even install Moray the same way they’d install a conventional kitchen sink, with the option of an overmount or under-mount installation. 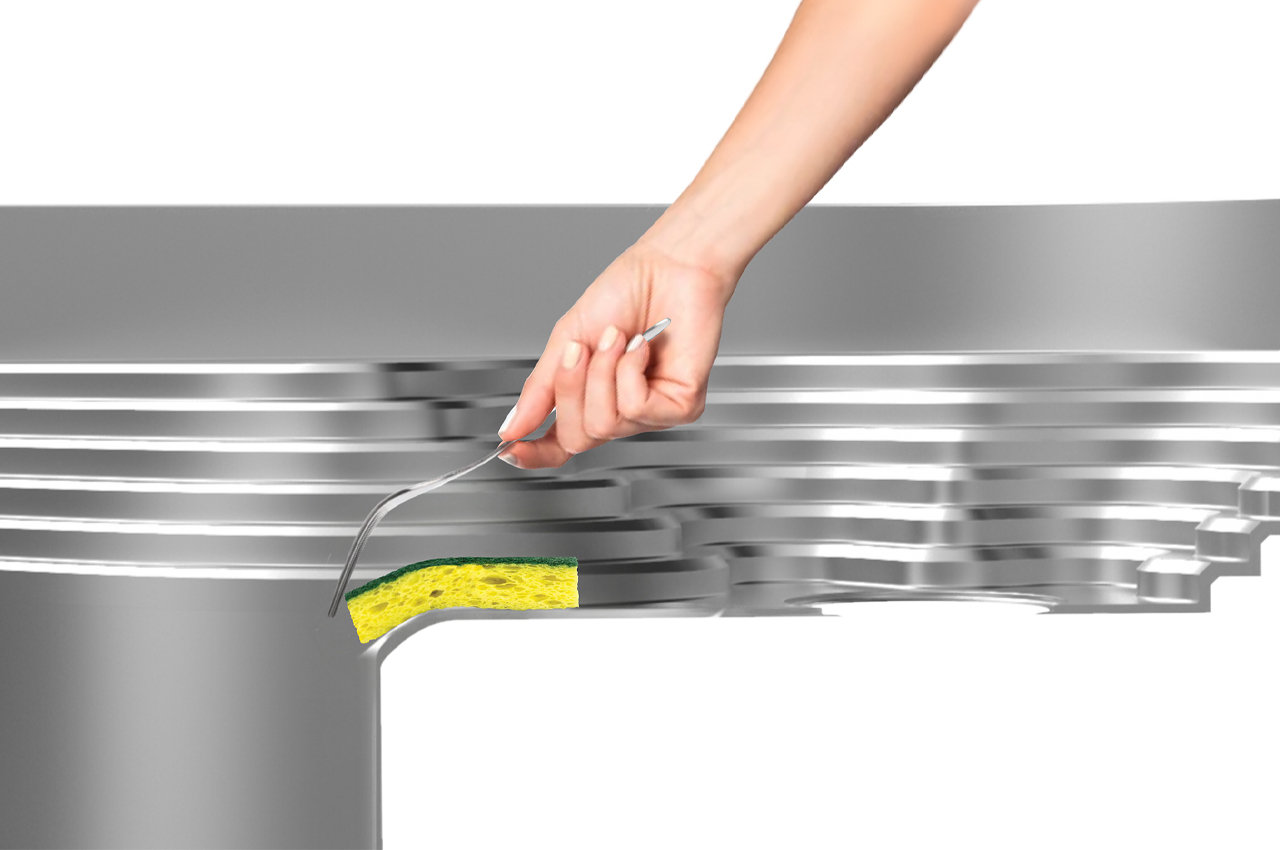 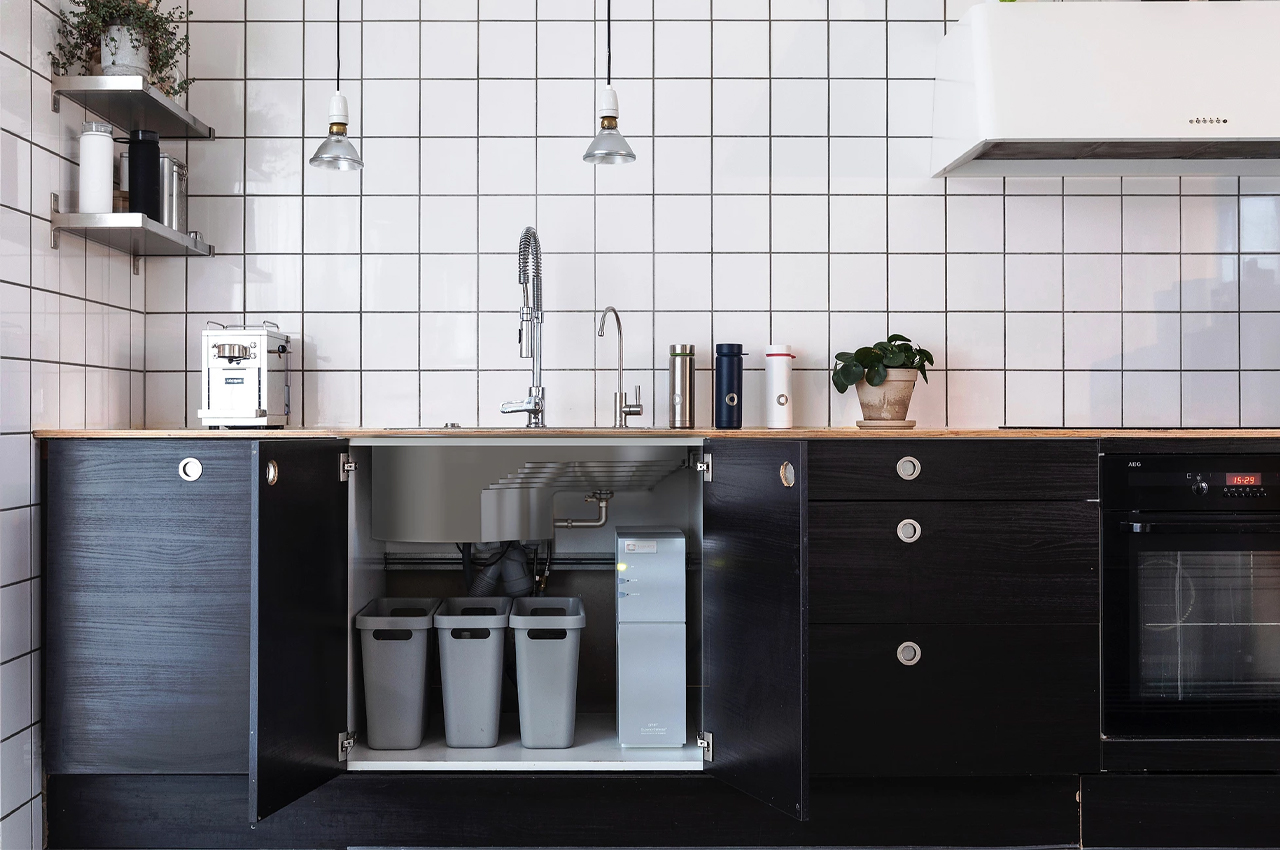 Users would have the choice of an overmount or under-mount installation for Moray. 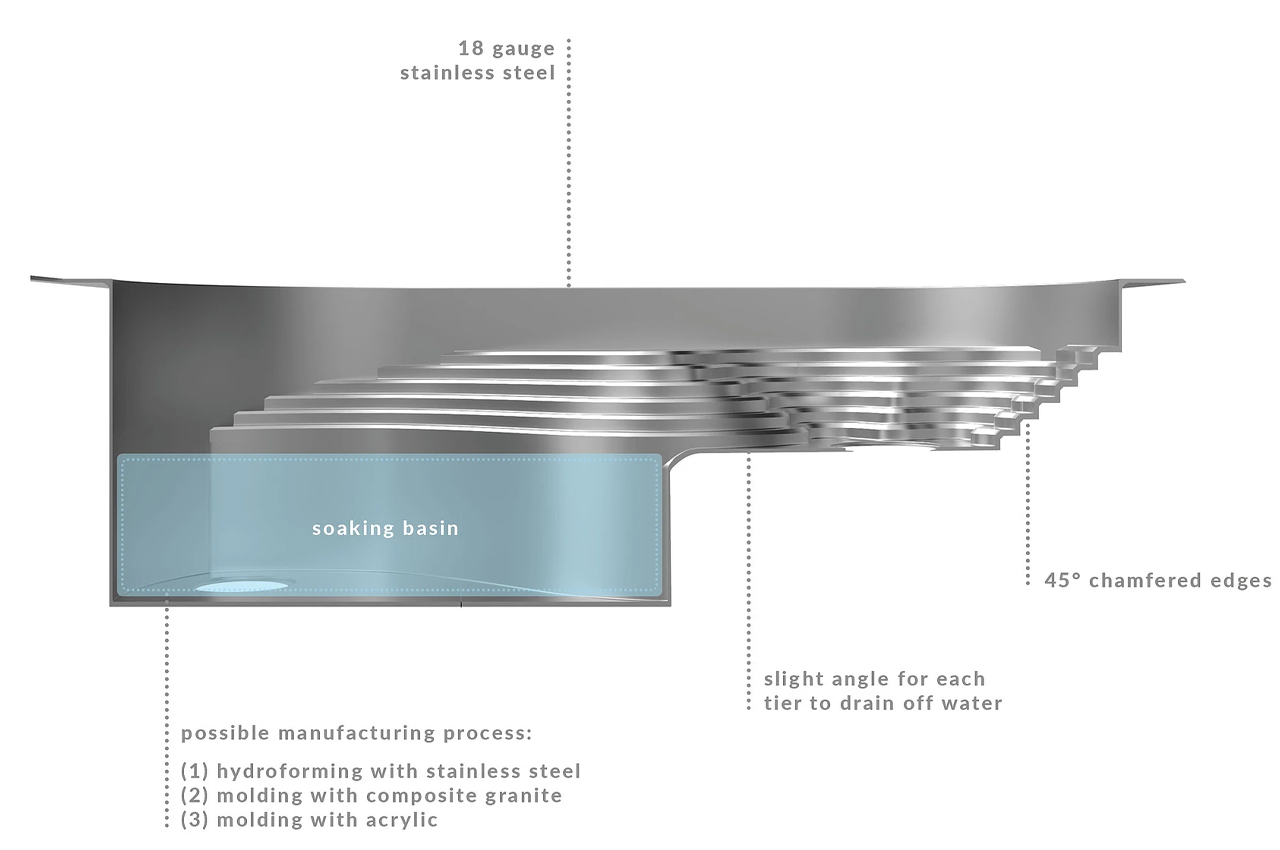 Inspired by the traditional kitchen sink, Moray has a sink basin and an area with chamfers for leverage. 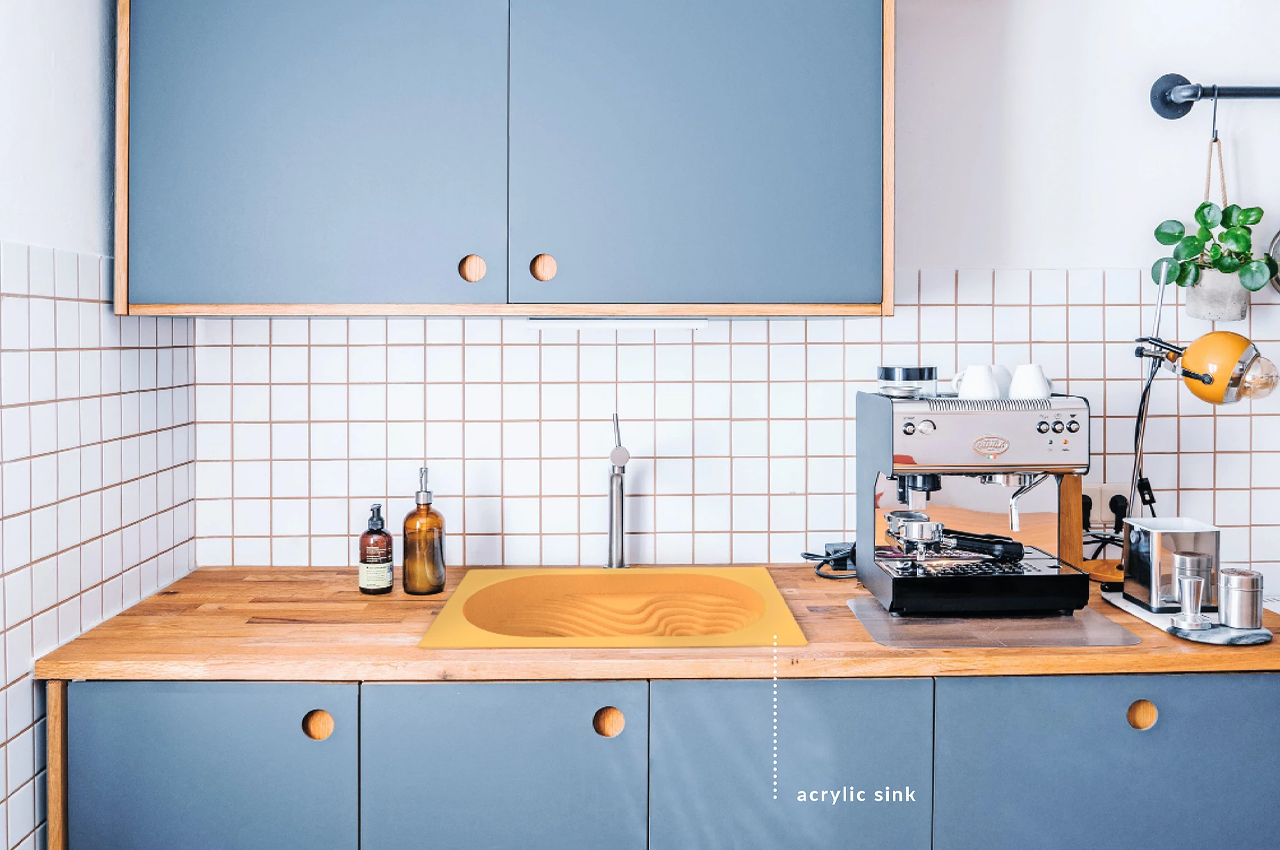 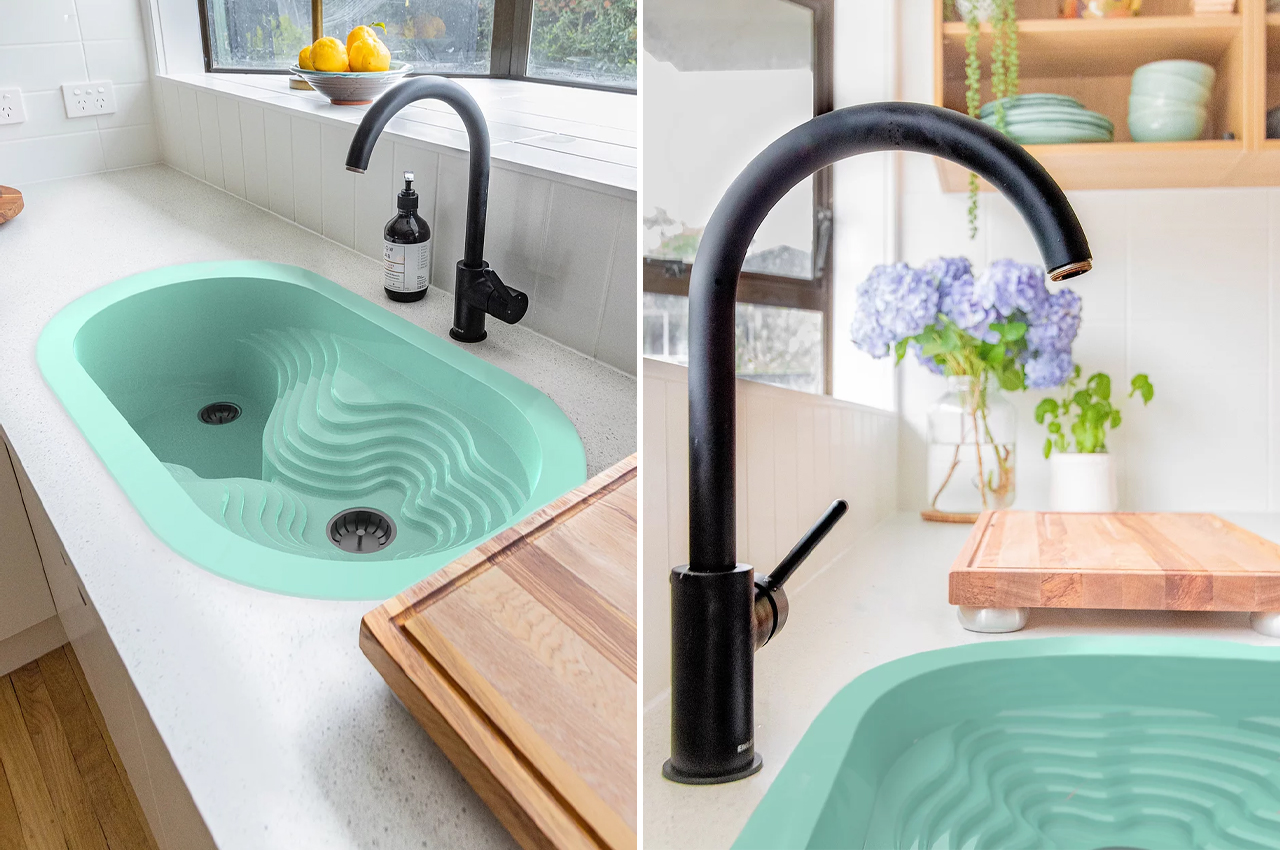 After finalizing the functionality of Moray, Baltazar conceptualized it in different acrylic colors. 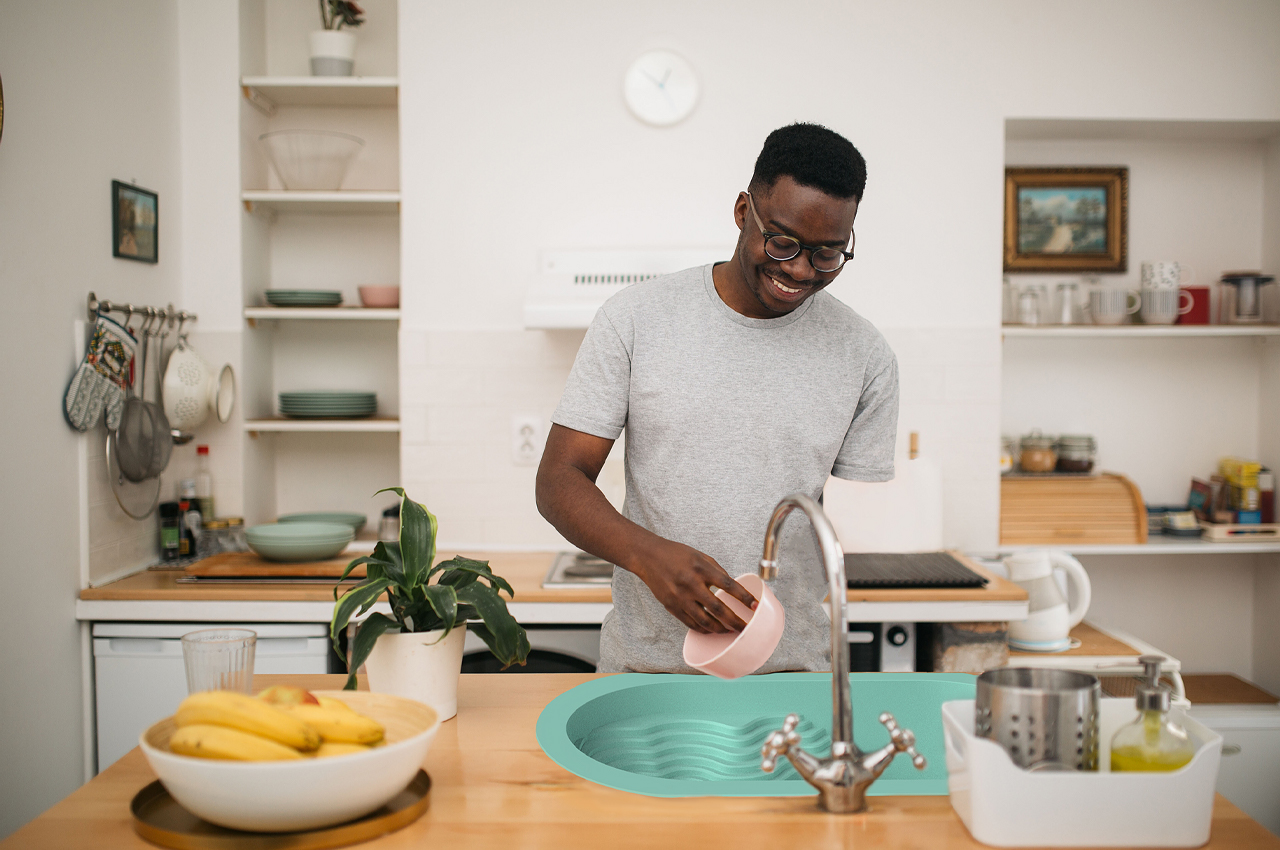 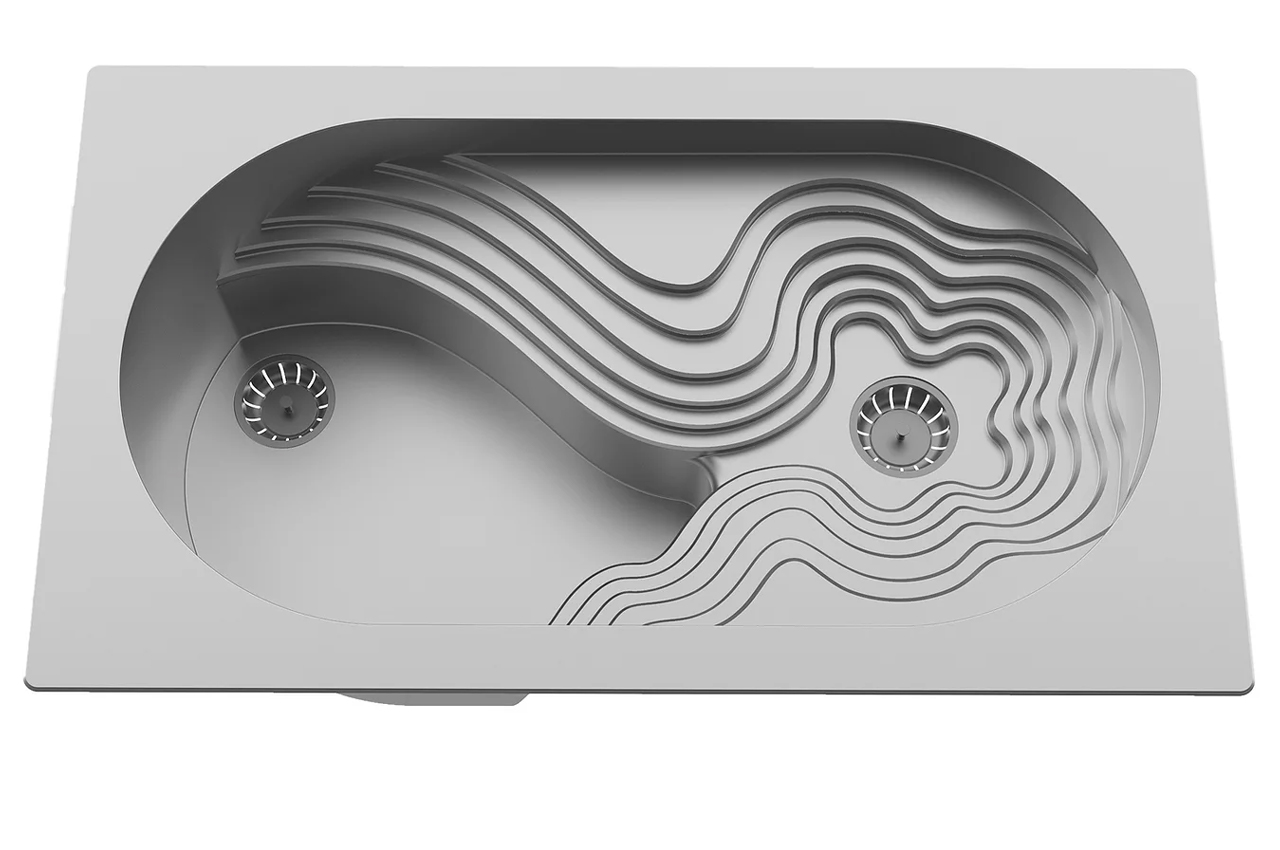 Users place dishes on the right side of Moray to hold them in place while they get washed. 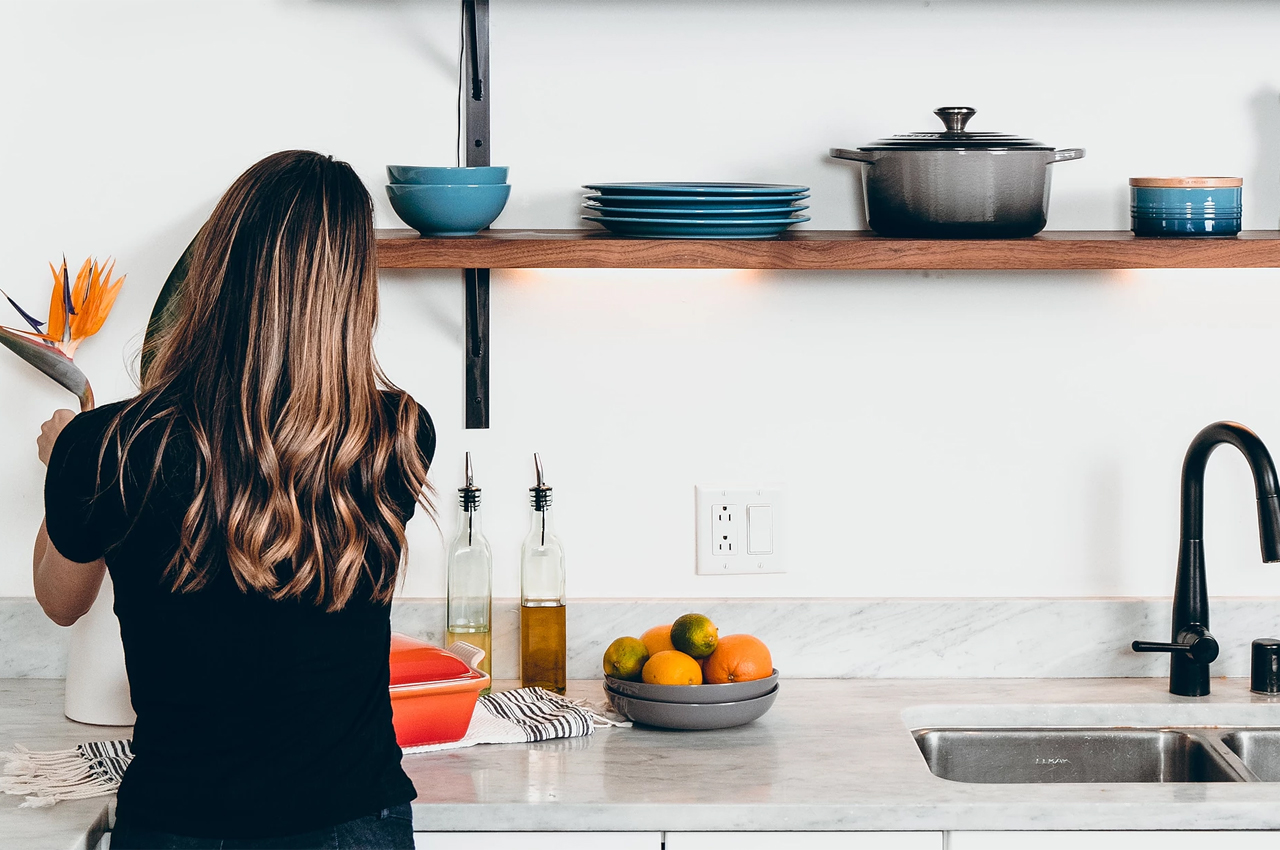 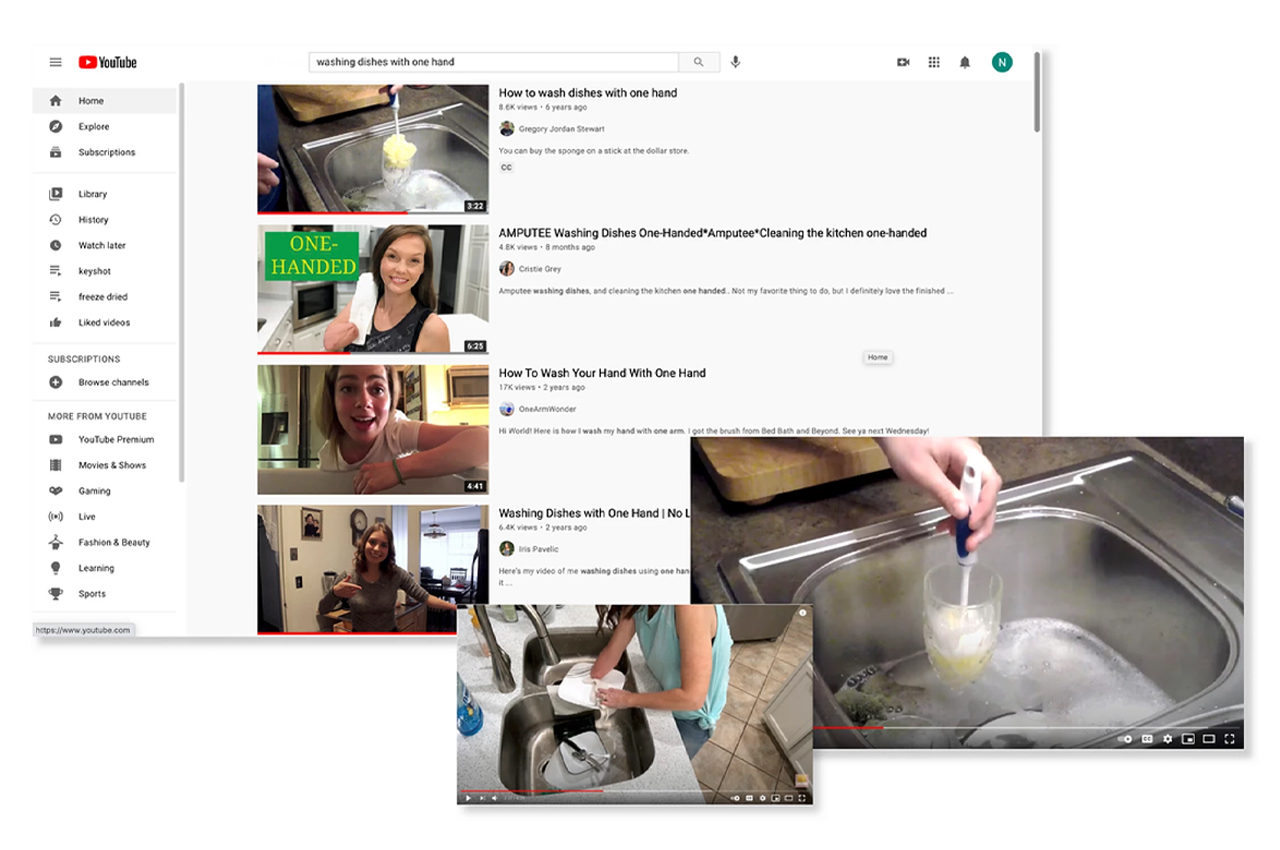 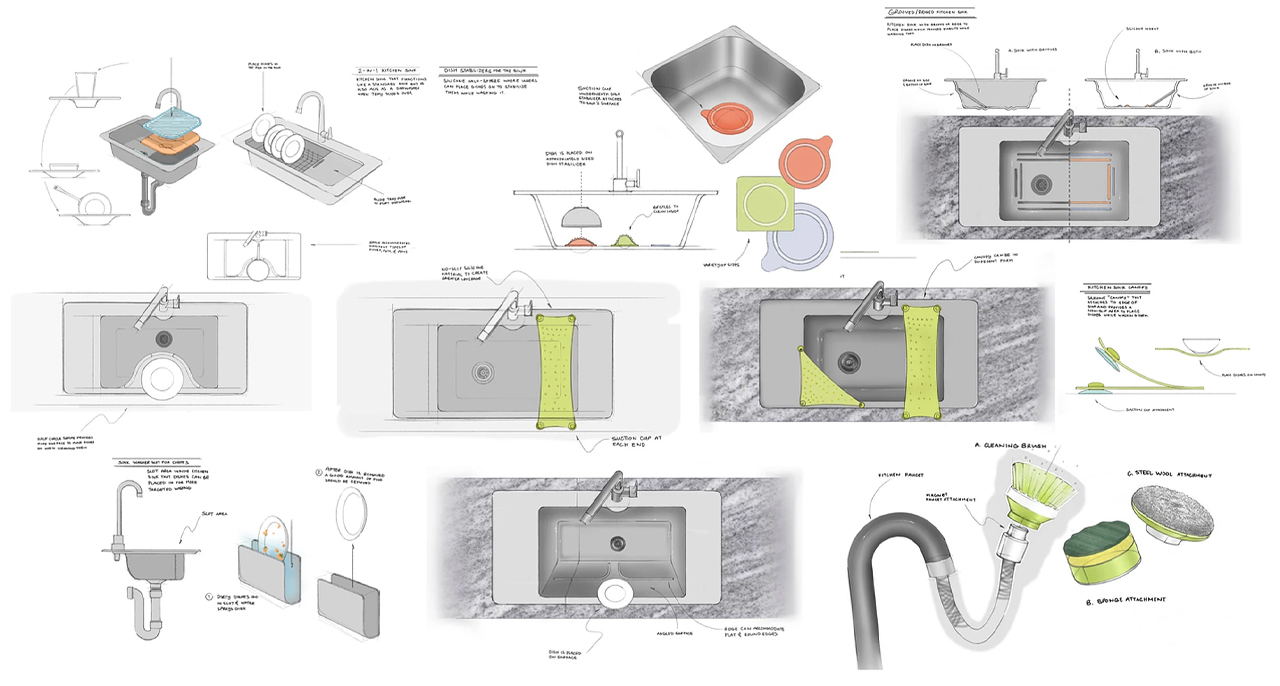 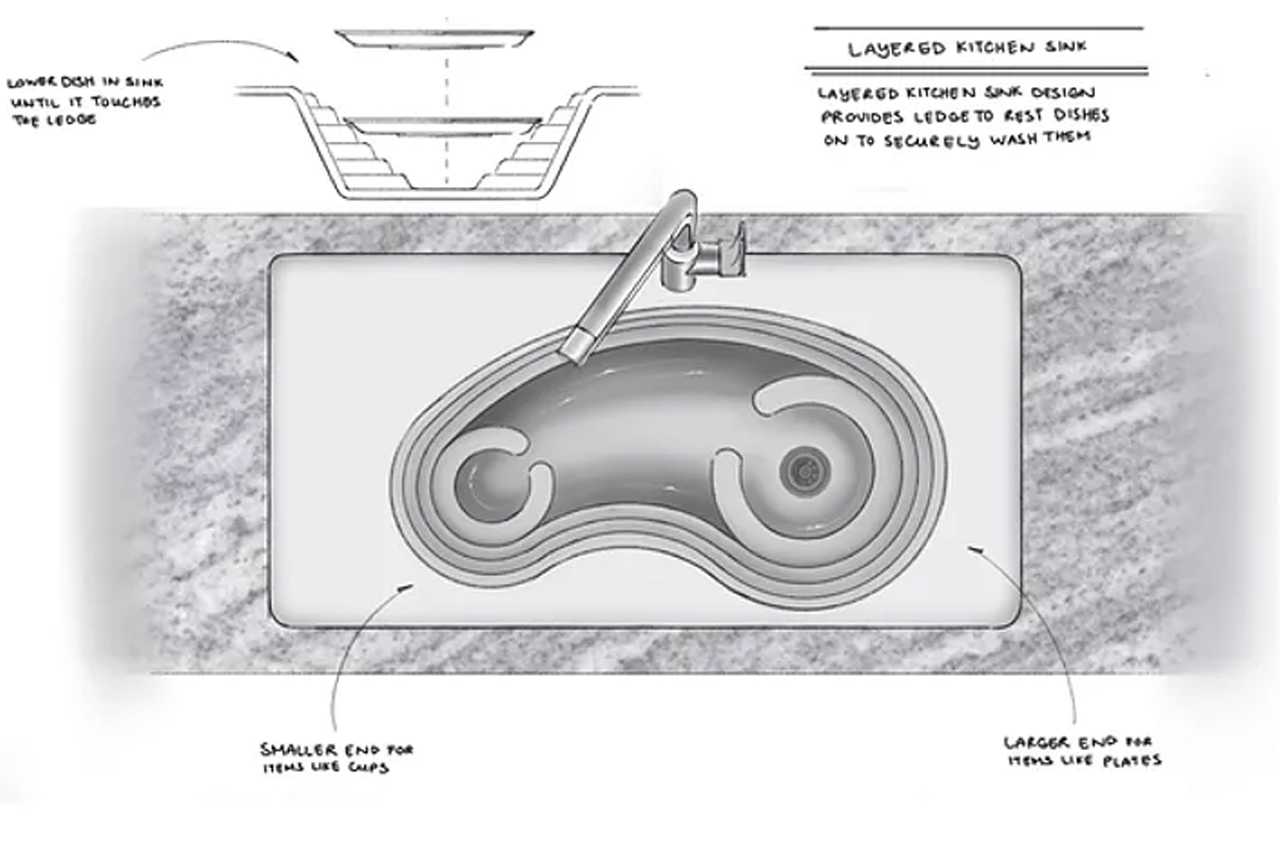 Following an involved ideation and research period, Baltazar settled on a final form for Moray. 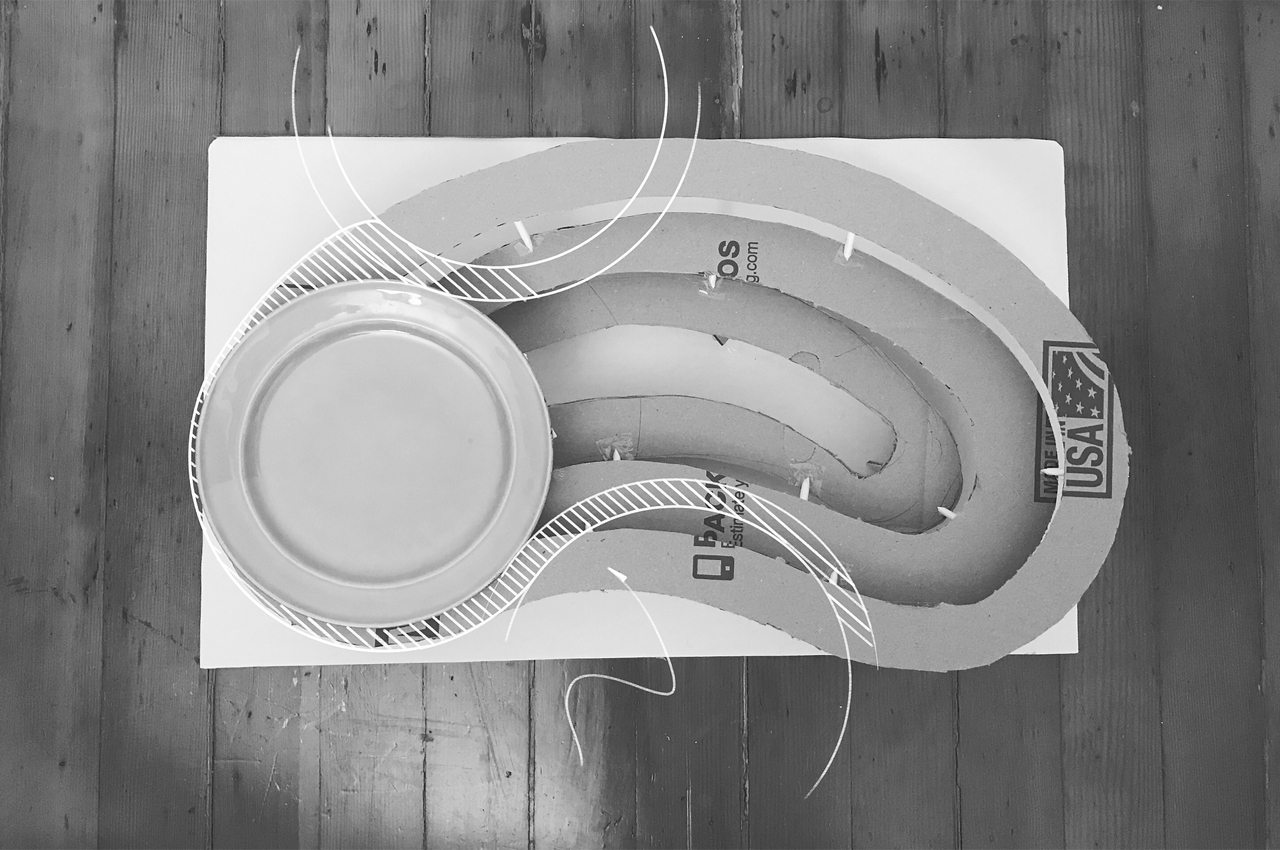 Deciding against the incorporation of new tools, Baltazar went ahead and redesigned the kitchen sink from the basin up. 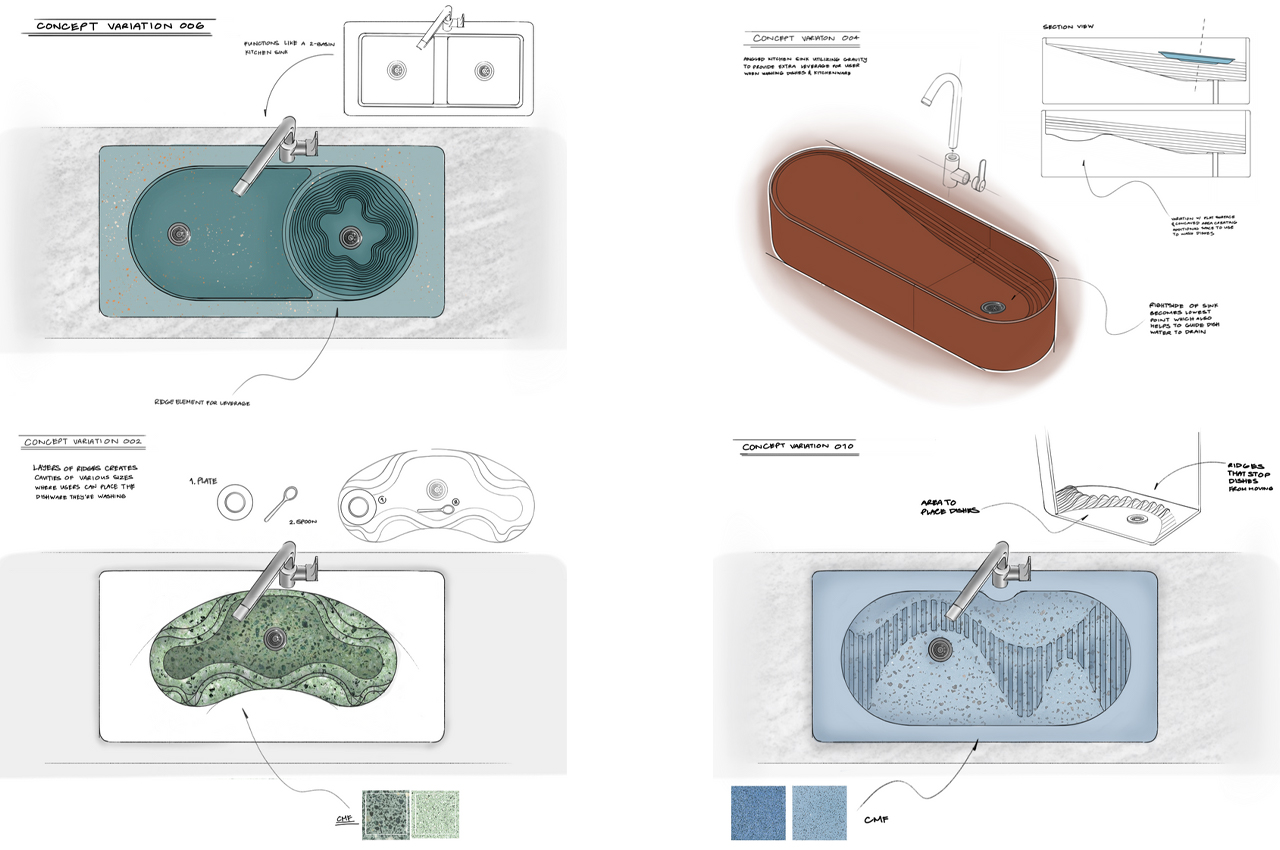 The limits that the COVID-19 pandemic has put on our lifestyles have been grim, yes. But keeping up with the designs coming out as a…

When we’re on a roll at work or on our own creative projects, we depend on our laptops to bring us to the finish line,…

The Revolution series of freestanding stoves for the Bodart and Gonay brand comes in 3 versions, called Curve, Menta, and Skin, each providing sustained warmth…

Hidden Kitchen by June He

Designed to improve the mentality of a kitchen both physically and mentally. Every function a traditional kitchen has is hidden behind the kitchen wall allowing…