While every sci-fi movie and book has seduced humanity with the promise of flying cars, the guys at Floating Motors are building out a different kind of future – sailing cars.

The brainchild of Pierpaolo Lazzarini, Floating Motors takes vintage cars and turns them into electric motorboats that are a delightful combination of confusing and cool. Dubbed as “resto-floating”, the technique involves restoring a vintage car, but not with car parts. Instead, the car’s mounted either on a twin-hull, a catamaran, or a hydrofoil base, and is outfitted with electric motors for propulsion. Here’s an interesting philosophical question though… is it still a car? Considering it was a car, and still looks like a car, but clearly functions as a boat… what IS it?? Why not drop us a mail and tell us what you think. 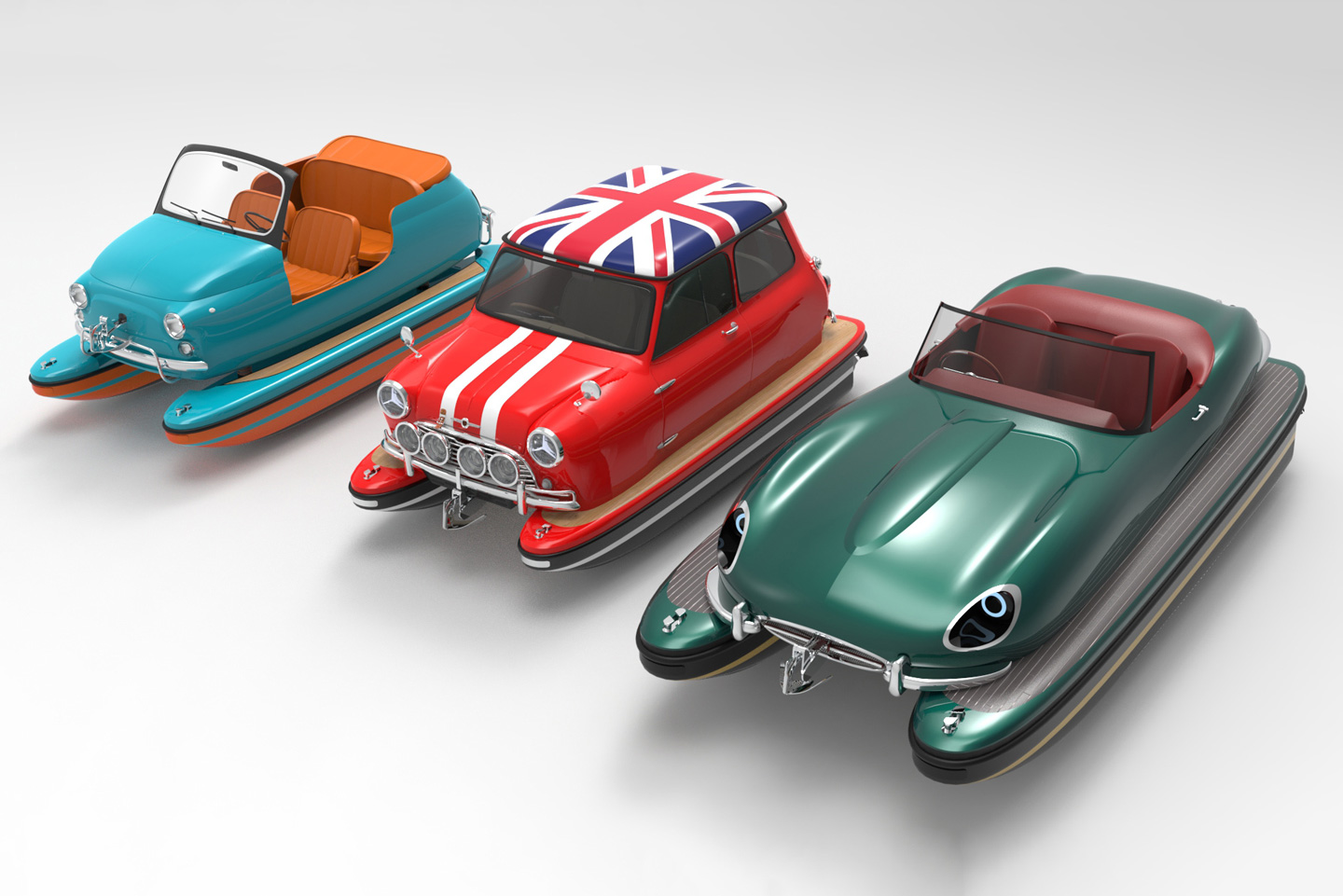 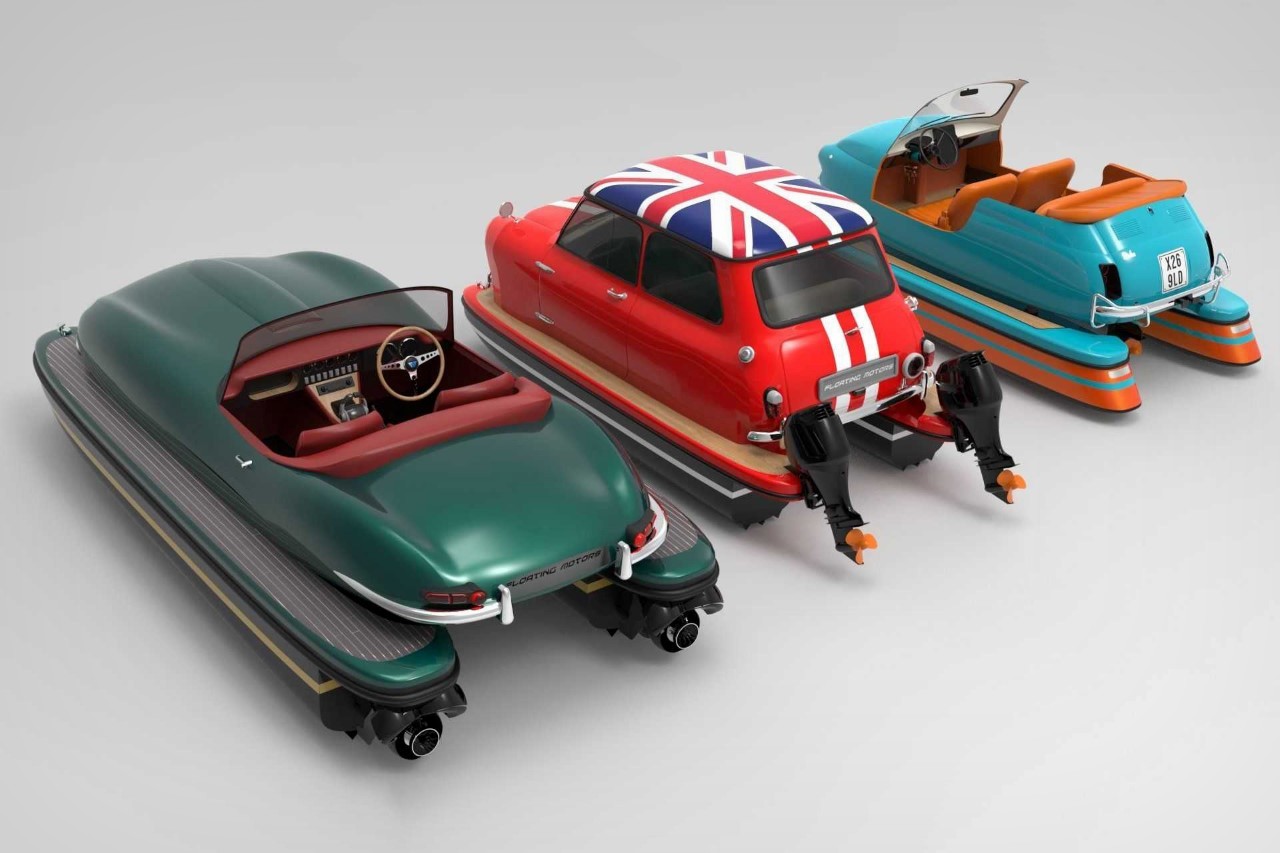 Floating Motors’ current offerings are a star-studded lineup of restored classics, including the VW Microbus, Fiat 500, Mini Cooper, Porsche 550 Spyder, and Jaguar E-Type. Depending on the model, the carboats come outfitted with anywhere from a 40 horsepower to a 135 horsepower electric motor, with speeds going up to 55 knots. The restoration is carried out by Lazzarini’s design studio along with Jet Capsule S.r.L., an Italian watercraft builder. While clearly the idea behind owning a classic vintage car that drives on water sounds like a bit of a vanity/enthusiast thing, Floating Motors says you can use the crafts for various purposes, including as a taxi; which adds yet another layer of philosophical conundrums to the mix. If it’s a car that drives on water, is it a taxi?? Or a ferry?? This has the potential of being the internet’s latest “is the dress white and gold or is it black and blue” debate. 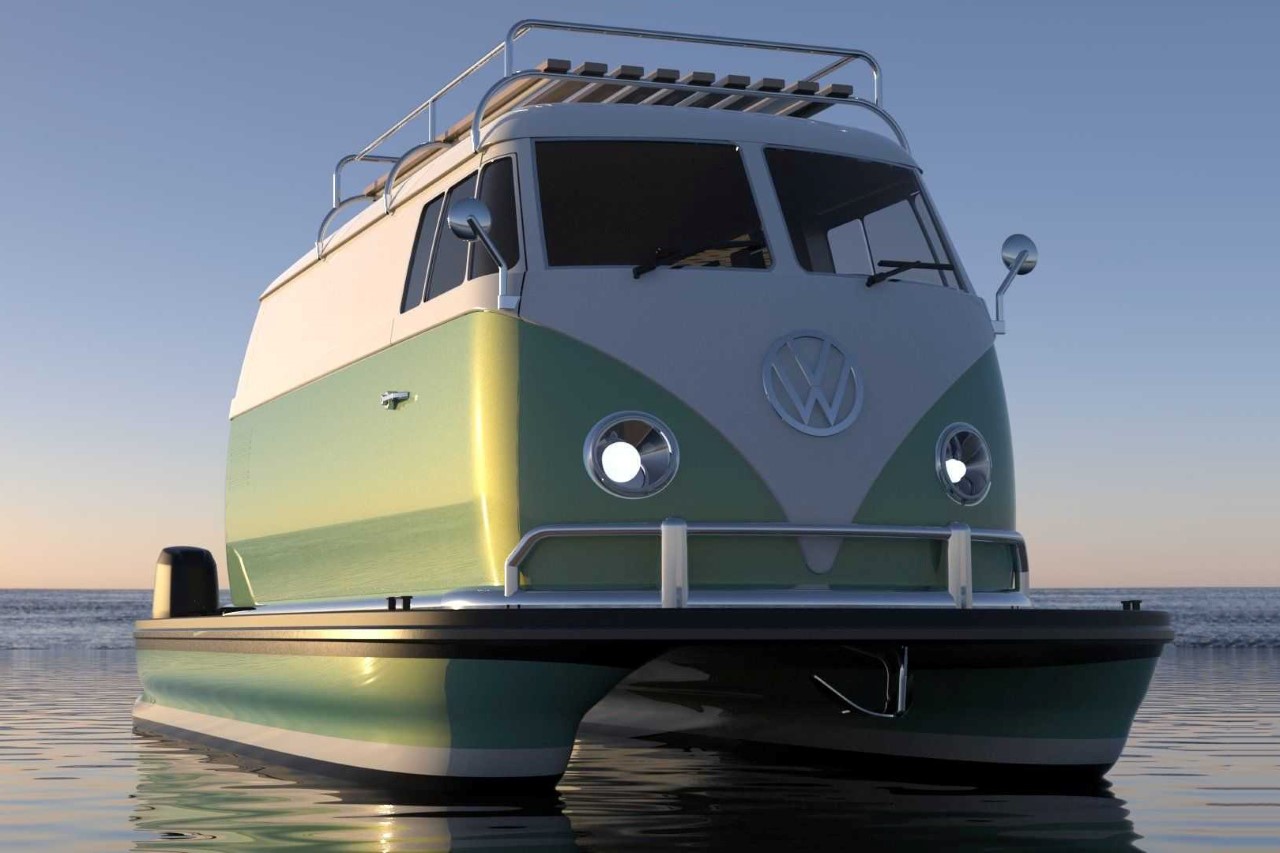 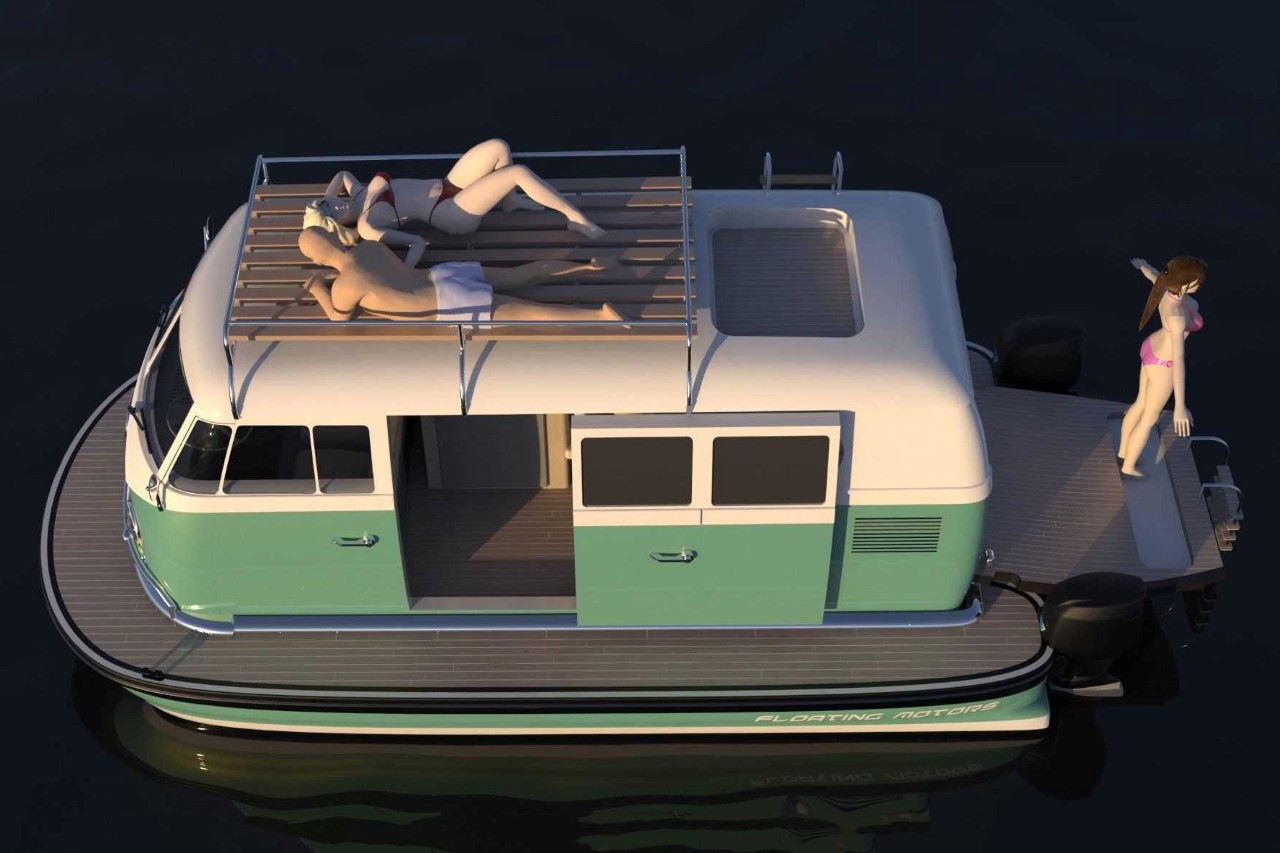 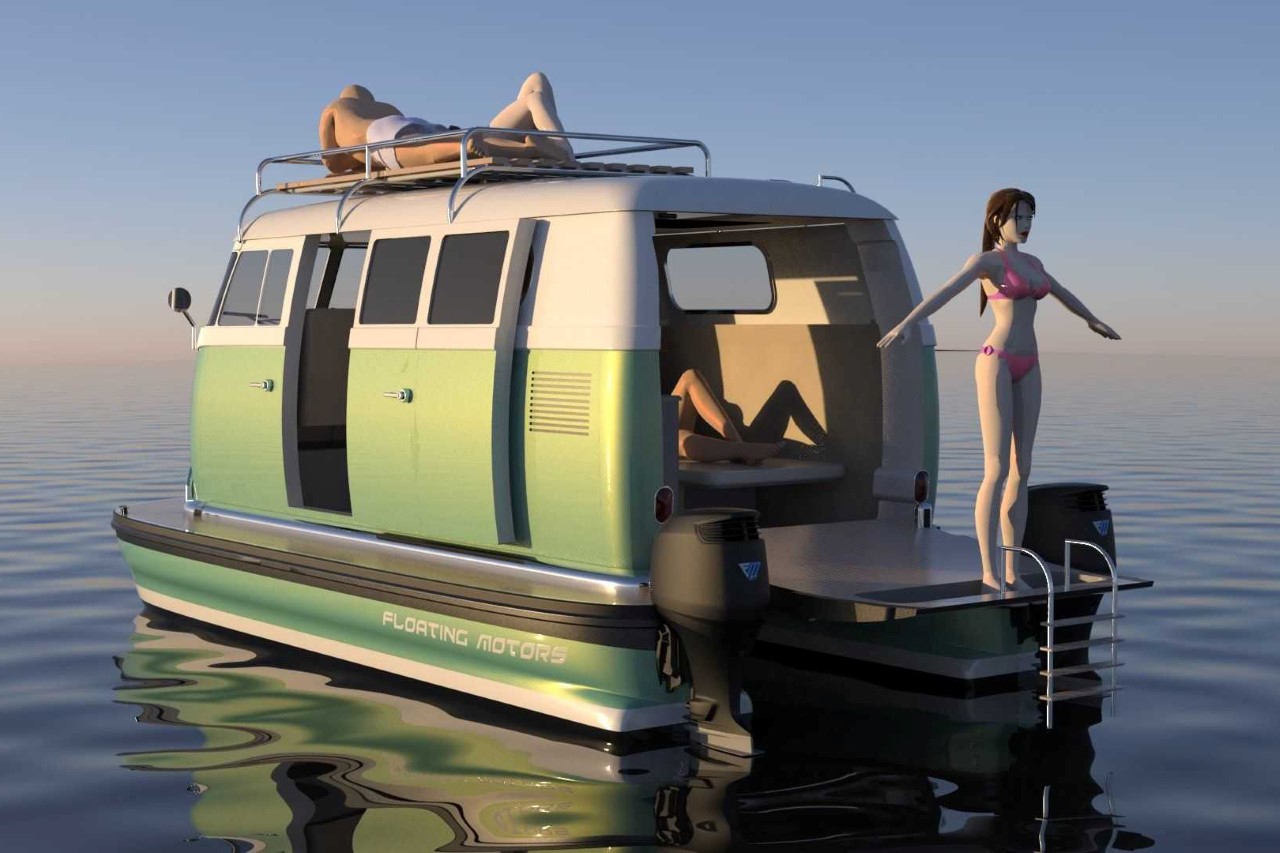 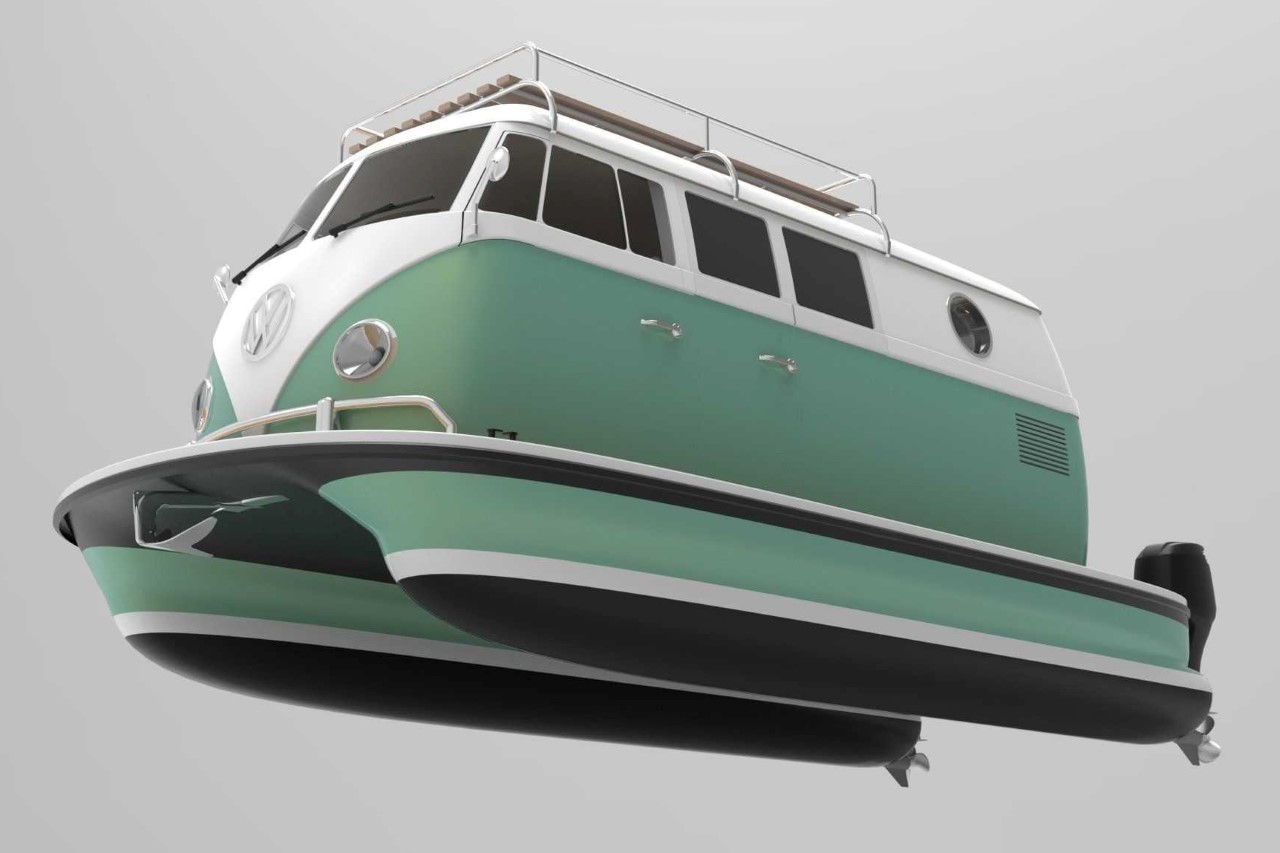 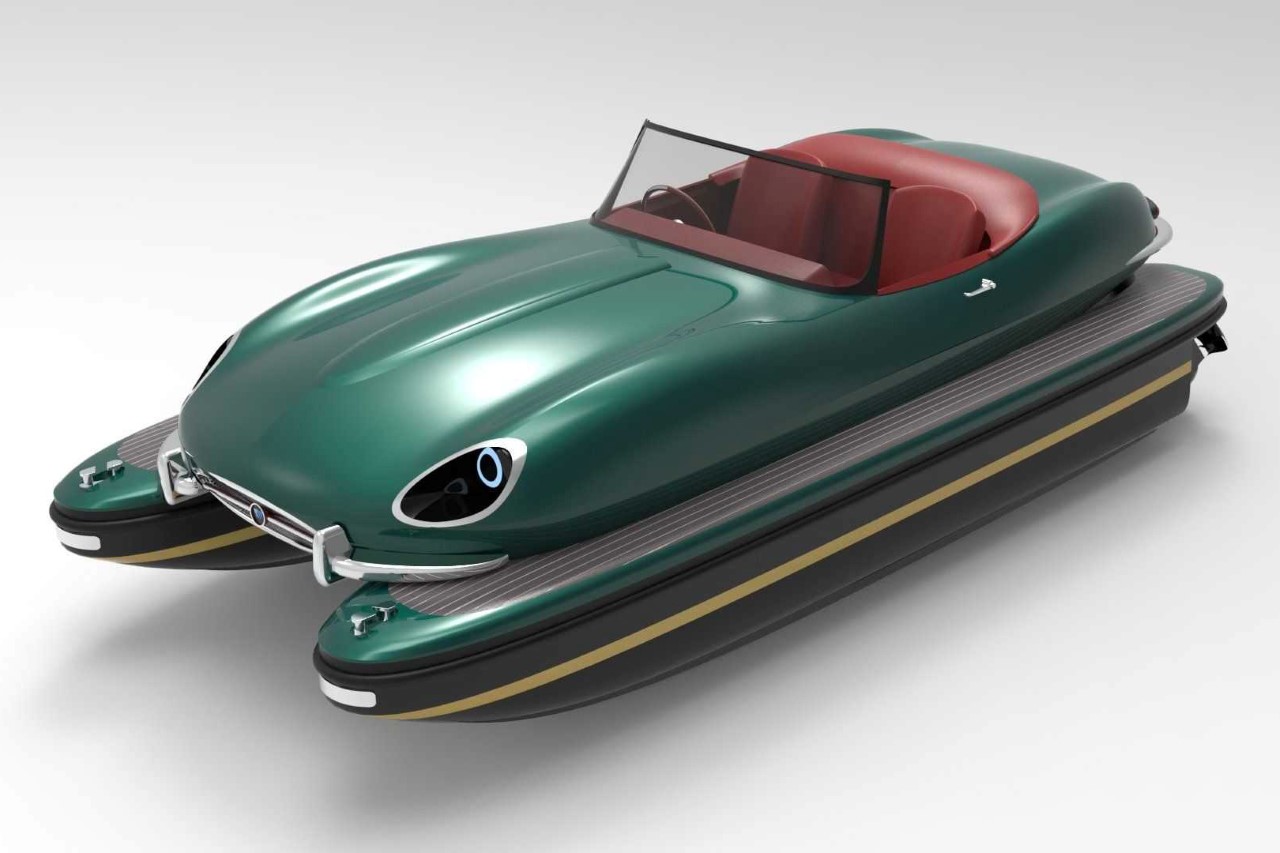 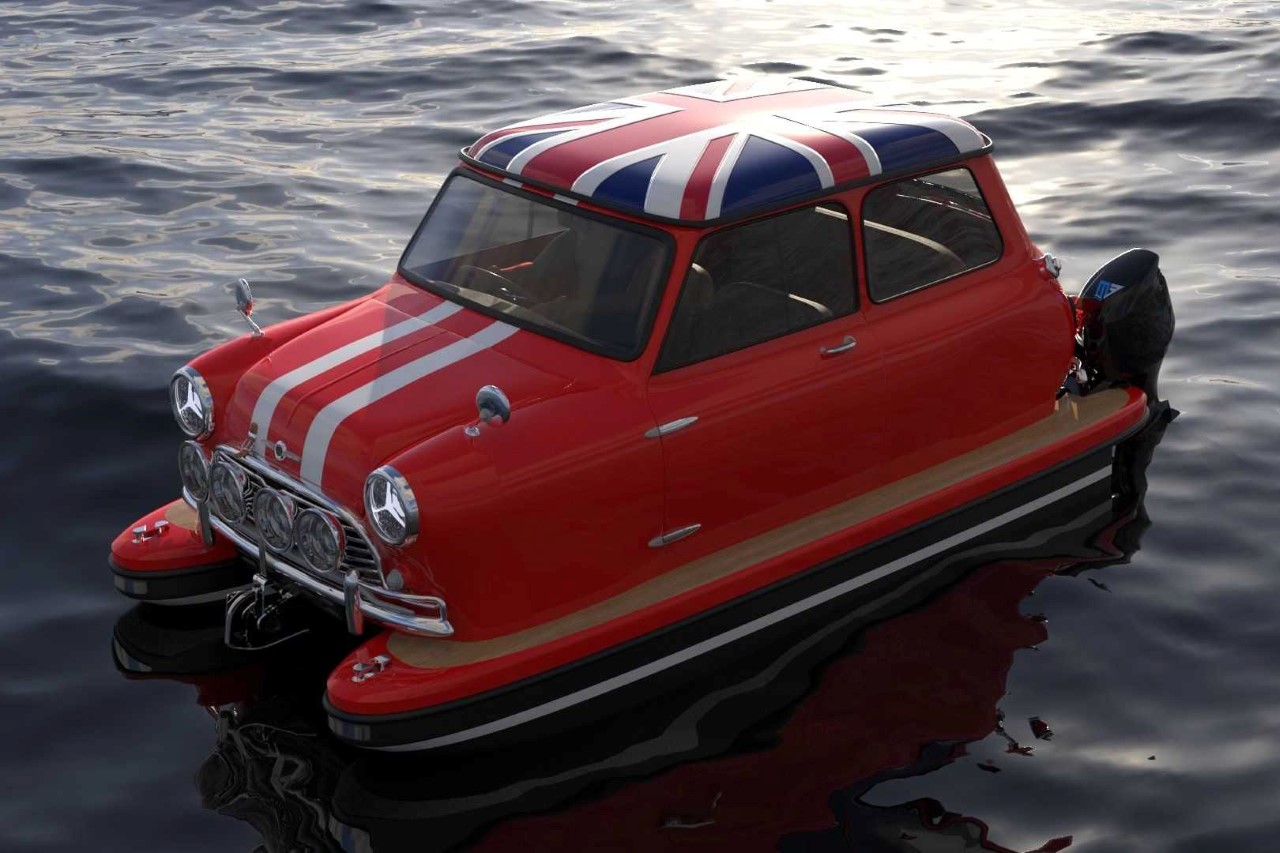 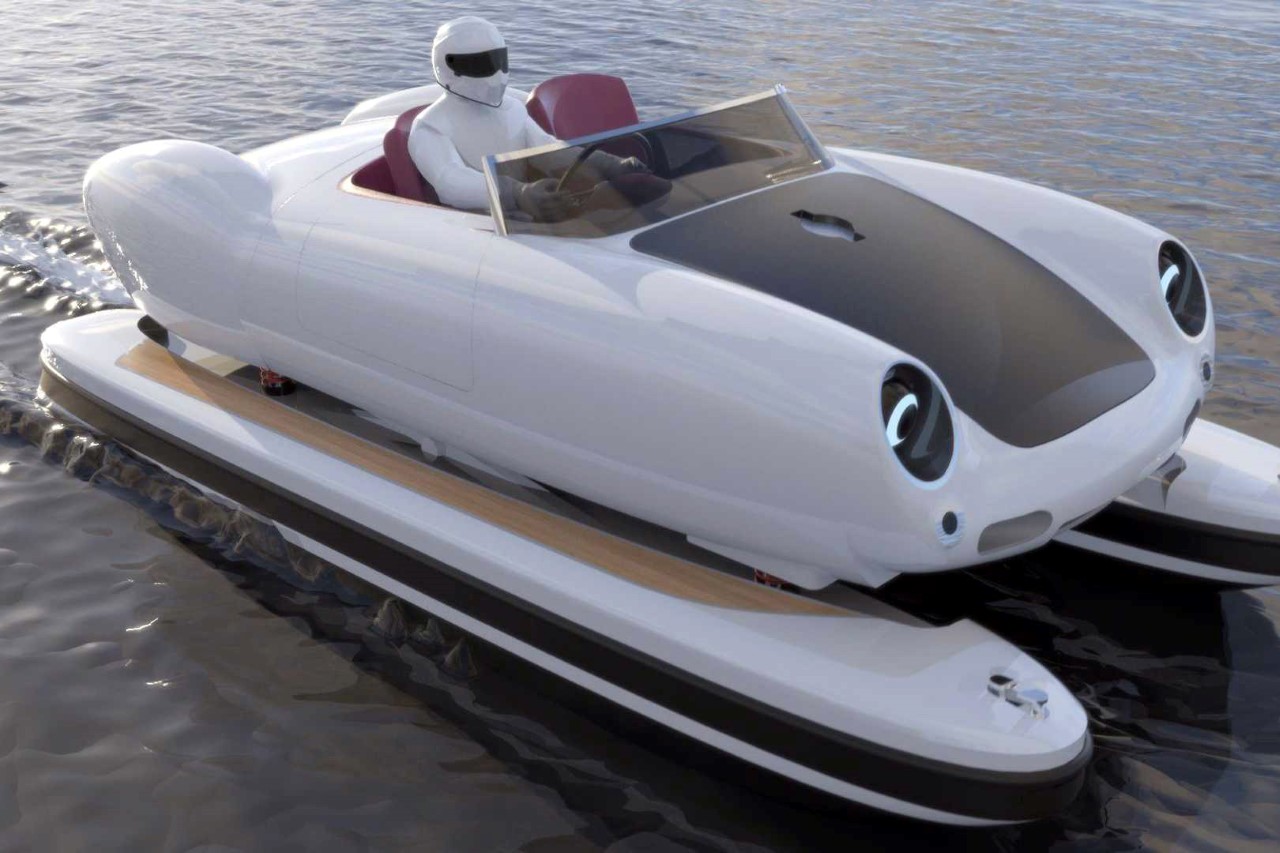 Custom Yamaha XSR700 with a wooden body is giving me major longboard vibes!

It’s unusual for the body of a modern-day motorcycle to be made out of wood, but the ‘Hommage’ a custom Yamaha XSR700 by George Woodman,…

Drawing inspiration from Brasa, we have here an exceptionally slim and innovative rear light for cycles. The design optimizes the use of Light Line Technology…