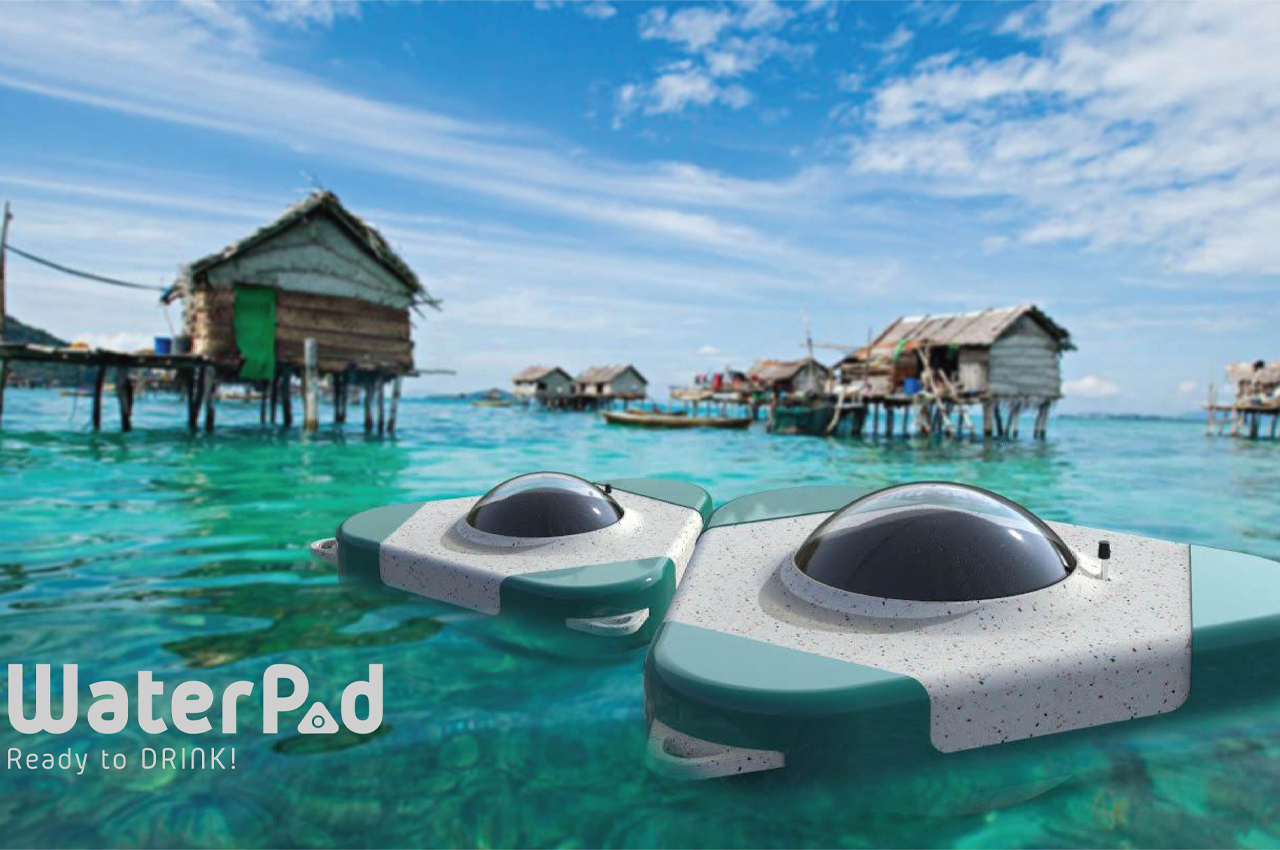 WaterPod is a sustainable floating pod that turns seawater into drinking water through a natural desalination process.

97% of the earth’s water is found in its oceans, yet in its primary state, ocean water is unsuitable for human needs like drinking and cleaning. Since sustainable designs that rely on alternative energy production have been on the rise in response to environmental concerns, we’re closer than ever to scaling down macro desalination plants for individual use. One team of designers was recently recognized by The James Dyson Award for their desalination pod concept called WaterPod that turns seawater into drinkable water through an array of sustainable features. 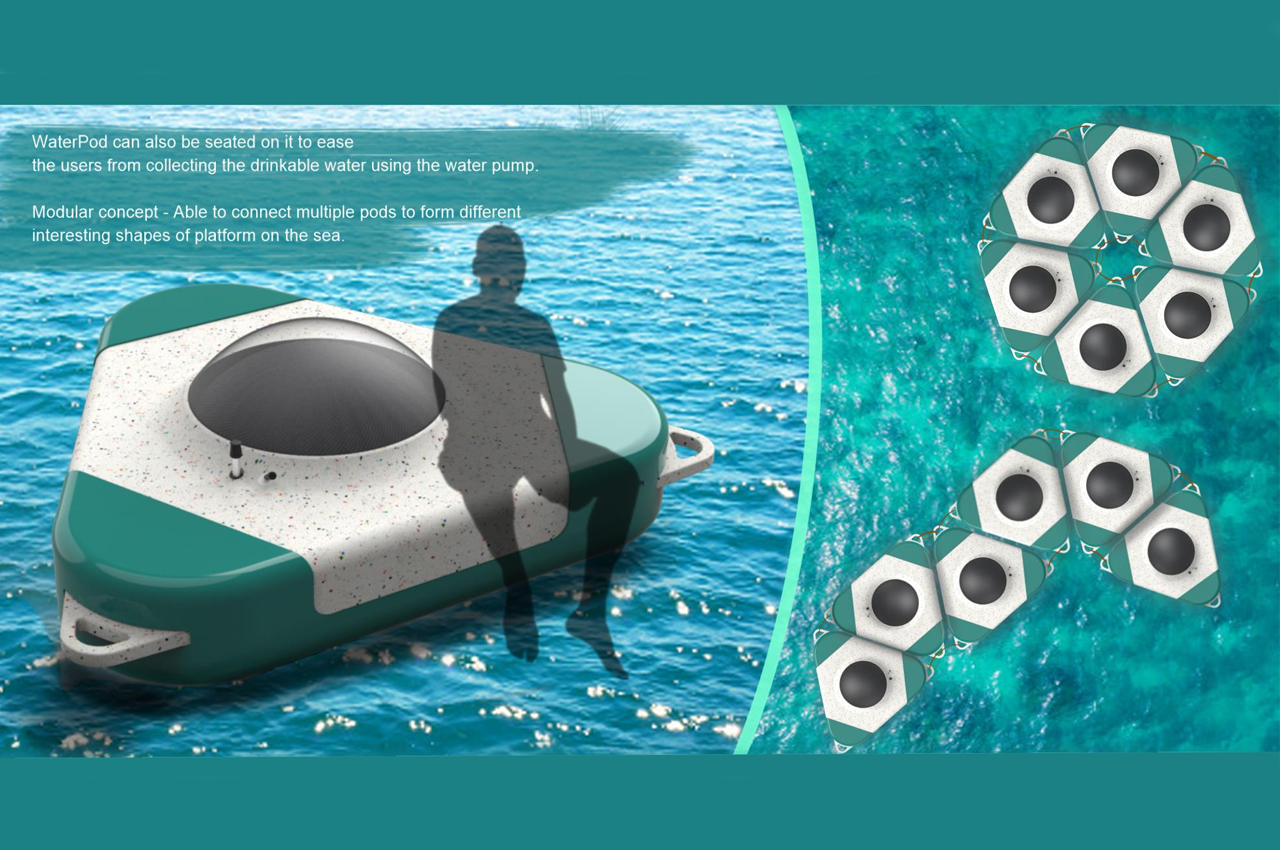 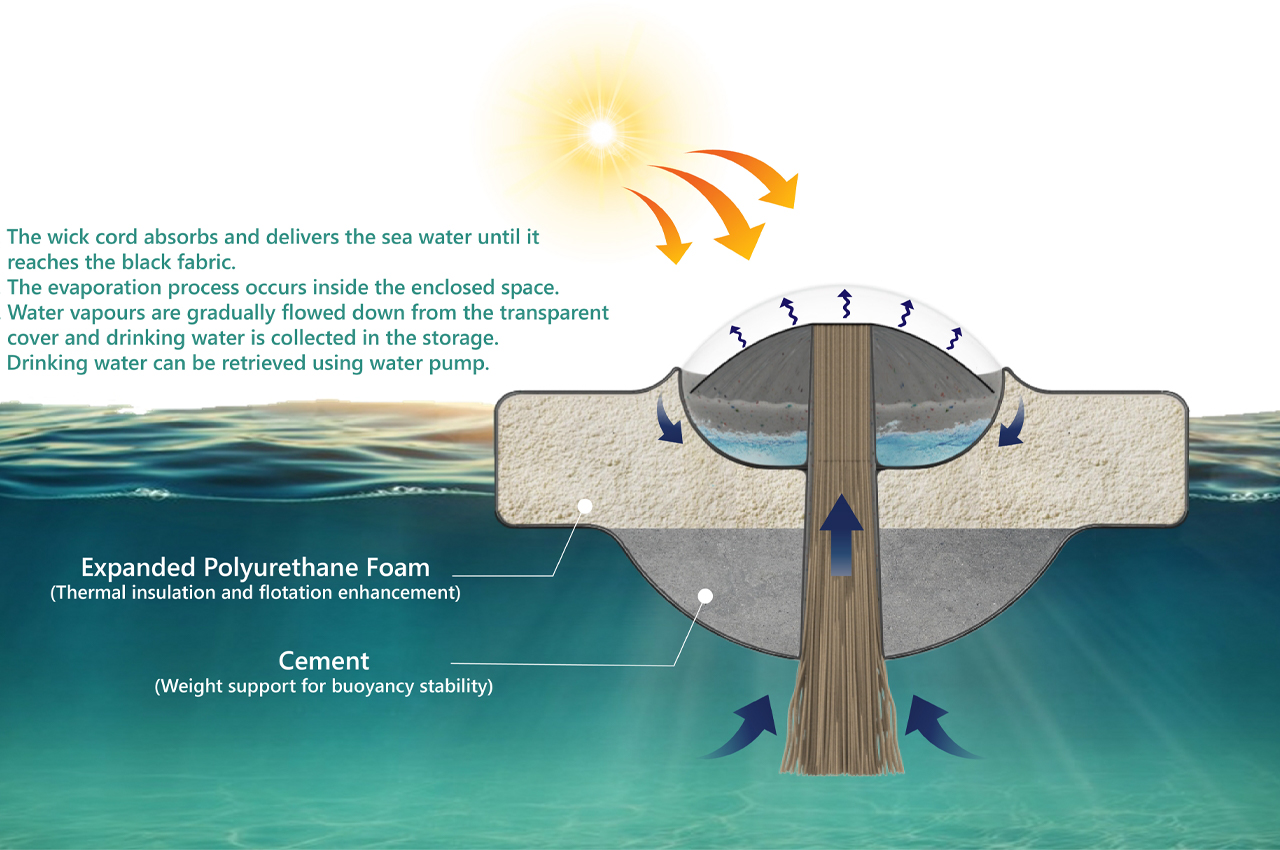 WaterPod operates as a self-cleaning solar desalination system that absorbs seawater via underwater wicks, inspired by mangrove trees, which then passes through a condensation and evaporation process to remove the salt particles from the seawater. Just like mangrove trees, WaterPod’s underwater wicks fill the pod with seawater until its water levels reach the pod’s black fabric dome. Inside the dome, seawater undergoes evaporation as water vapors gradually flow from the transparent covering and collect in WaterPod’s storage compartment. Then, users can pump drinking water from the storage compartment’s recess. While the desalination process takes place, the WaterPod remains floating atop the water in a similar fashion to a conventional buoy. WaterPod’s top lid is filled with expanded polyurethane foam for thermal insulation and flotation enhancement while a cement base offers buoyancy stability. 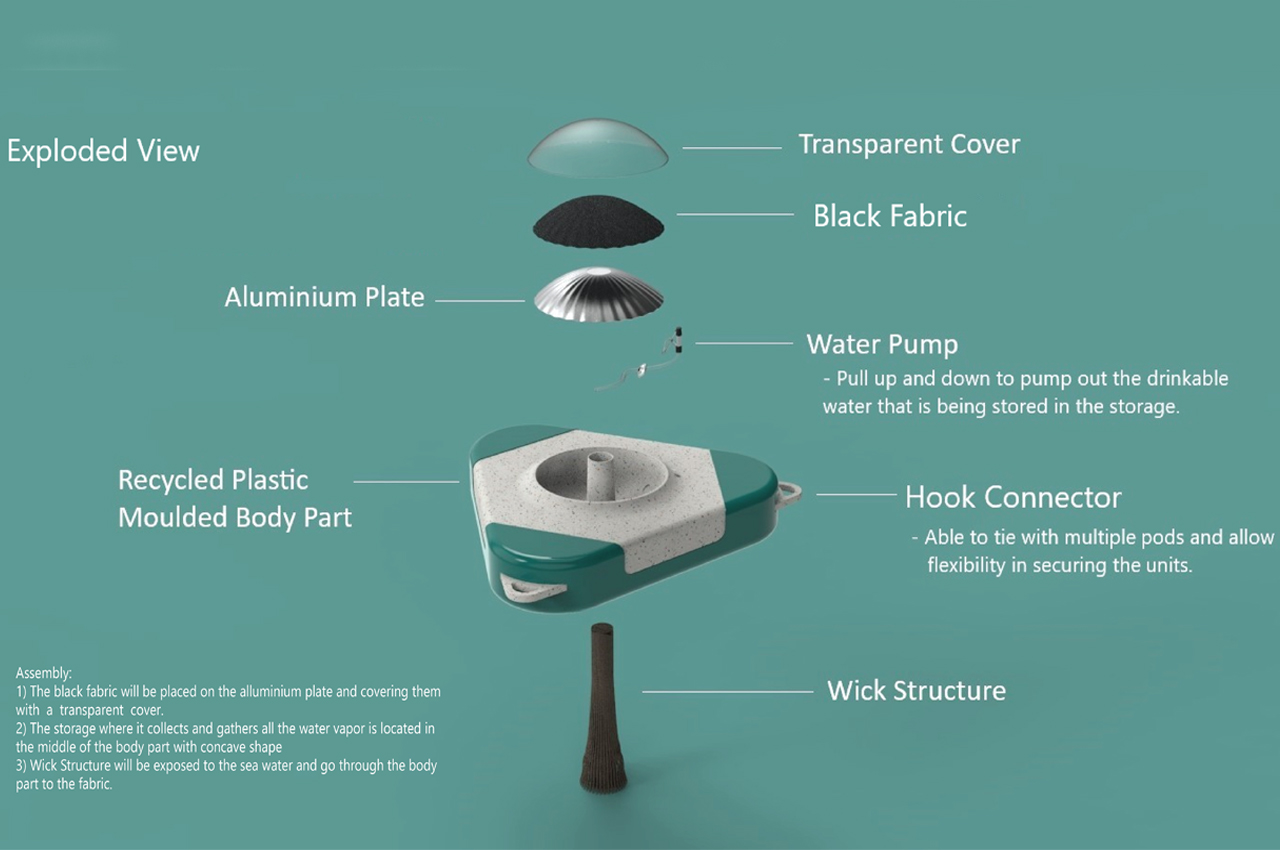 The team of designers behind WaterPod developed the concept in response to a lack of clean, drinking water in Sandakan, Malaysia. Noticing the seafaring community’s reliance on the sea, the team of designers wanted to develop a means for individuals to have access to clean drinking water, no matter the amount of plastic pollution in the ocean. WaterPod is a modern solution that takes cues from the surrounding environment to bring drinking water to those who depend on it most. 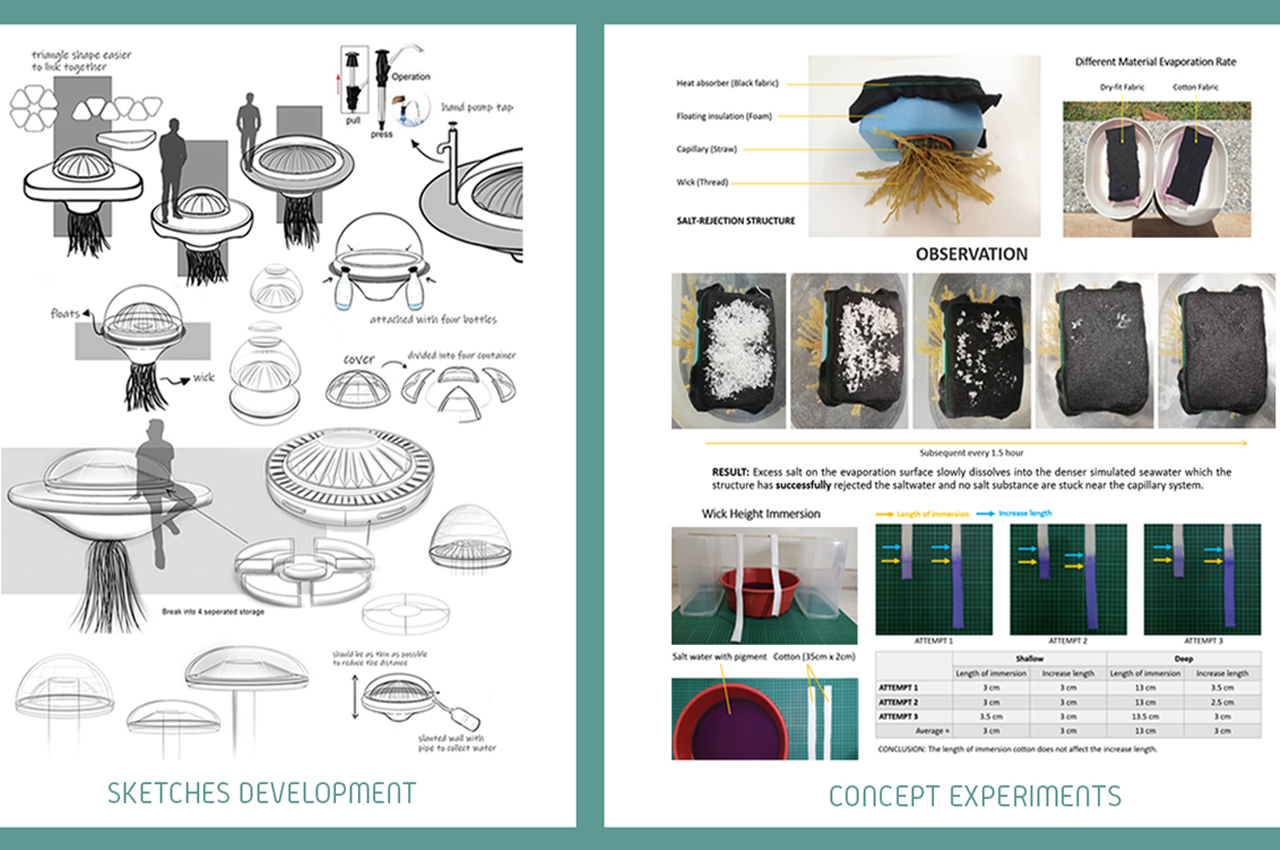 When you are in the construction business, some of the insights that could help the contractor build better include: the possibility of making quality control…

I was browsing through my feeds yesterday morning and found this Kickstarter project that kinda turned me onto the idea of assistive tableware. Imagine plates…

Tea Tailored to You

Brewing at the right temperature and for the right amount of time is crucial for making a proper cup of tea. Too hot and it…