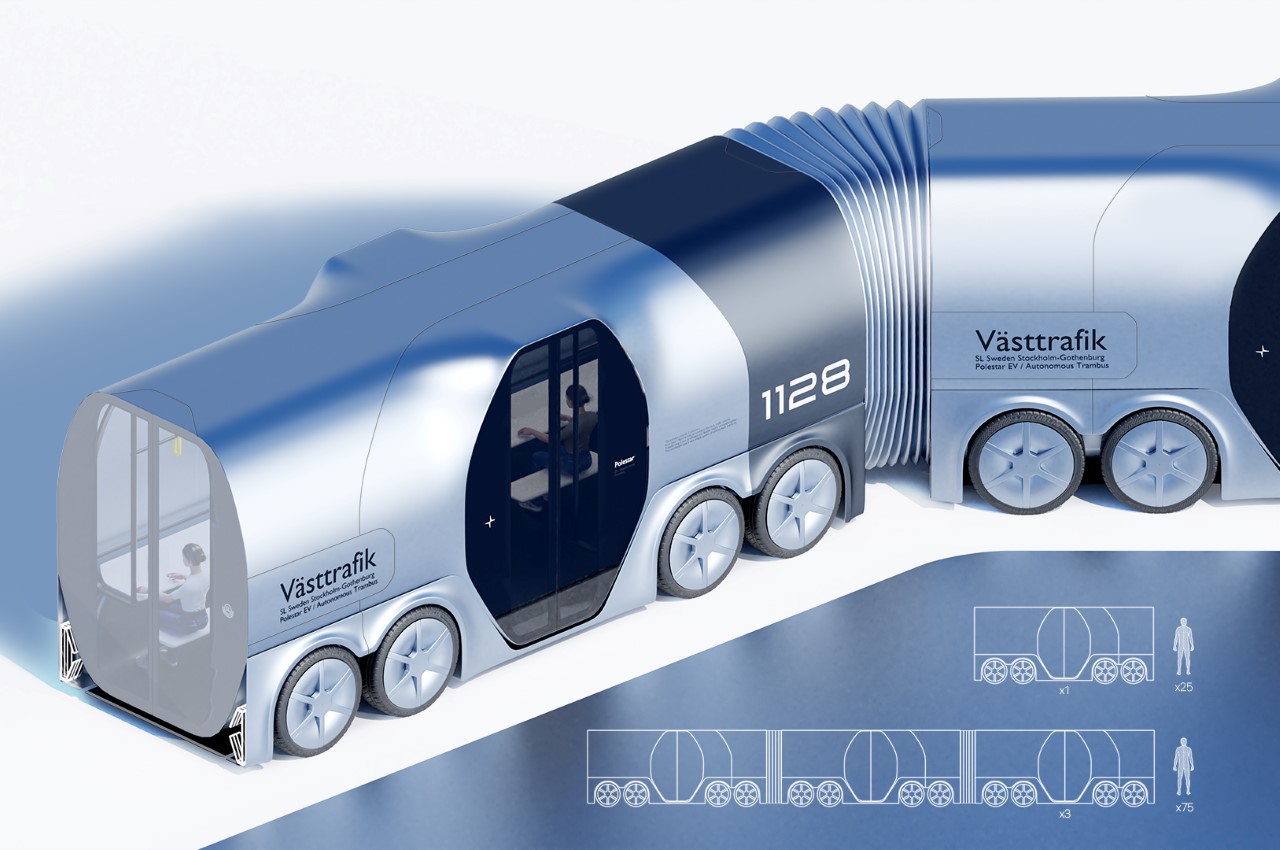 Just like a train adds extra carriages when it’s running on high-capacity, the Polestar Trambus can expand in length to allow more passengers during an exceptionally busy day.

The idea for the Trambus comes from Seoul-based transportation design student Junghyun Kim, who developed the design as an entry into the 2021 Polestar Design Contest. Instead of putting more buses on the road during rush hour, Kim envisioned a modular bus system that could just allow you to expand a single existing bus by joining more buses to it, creating a road-rail hybrid that allowed you to transport people in an organized manner. 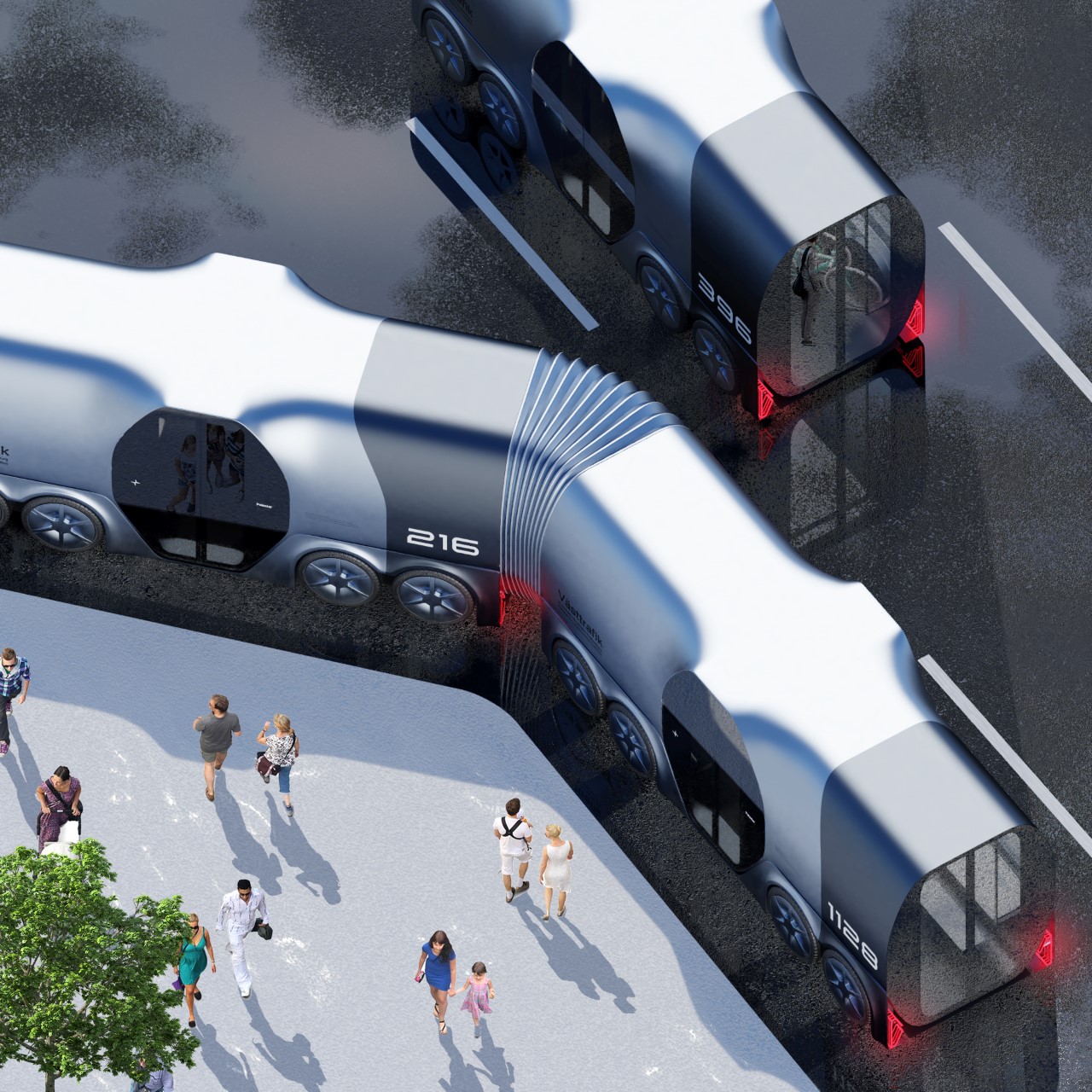 The buses operate autonomously, which makes them perfect for creating a modular system. The Trambus operates either as independent buses that house 25 passengers or as an interconnected set of 2 or 3 buses with a capacity of 50 or 75 passengers respectively. Each module is connected to another using a flexible bellow-shaped channel – quite like the one found on trains, although it’s unclear if passengers can move between carriages. The carriages are designed to be different on the insides too, with seated layouts for regular customers, table-layouts for long commutes or first-class customers, and empty carriages for people on wheelchairs or commuters with bicycles. 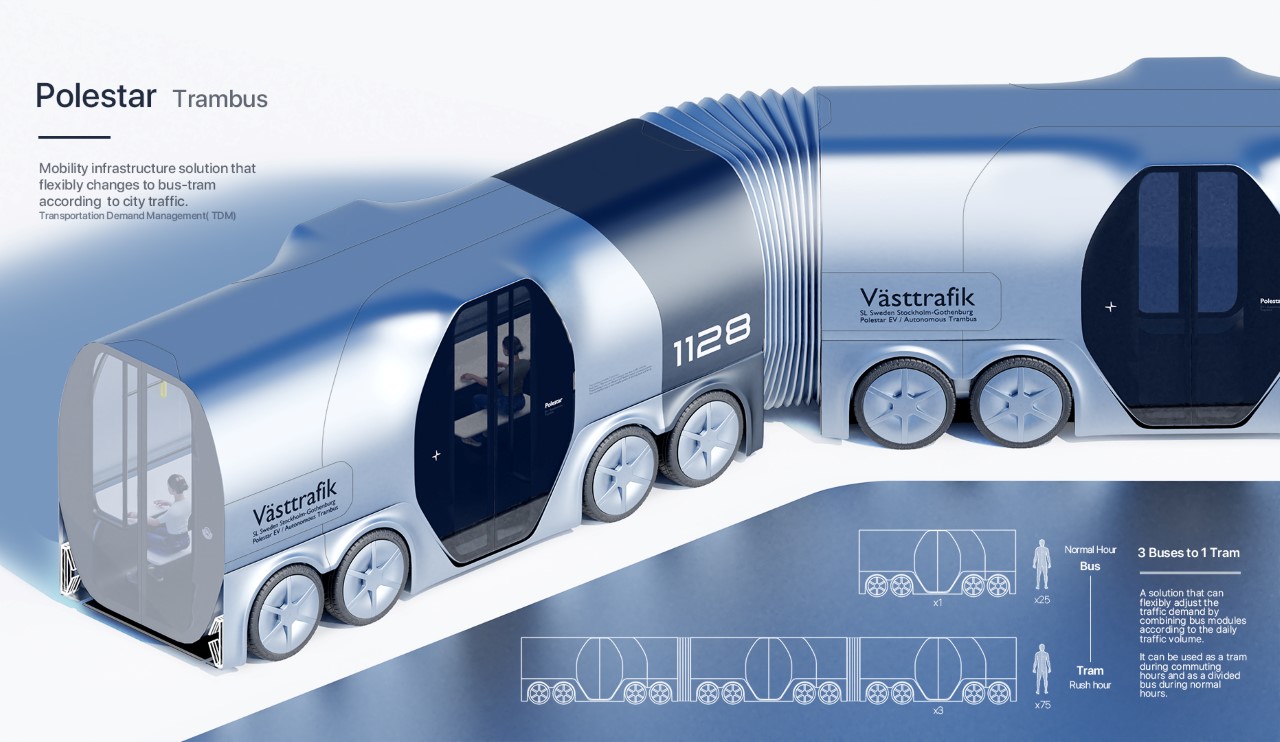 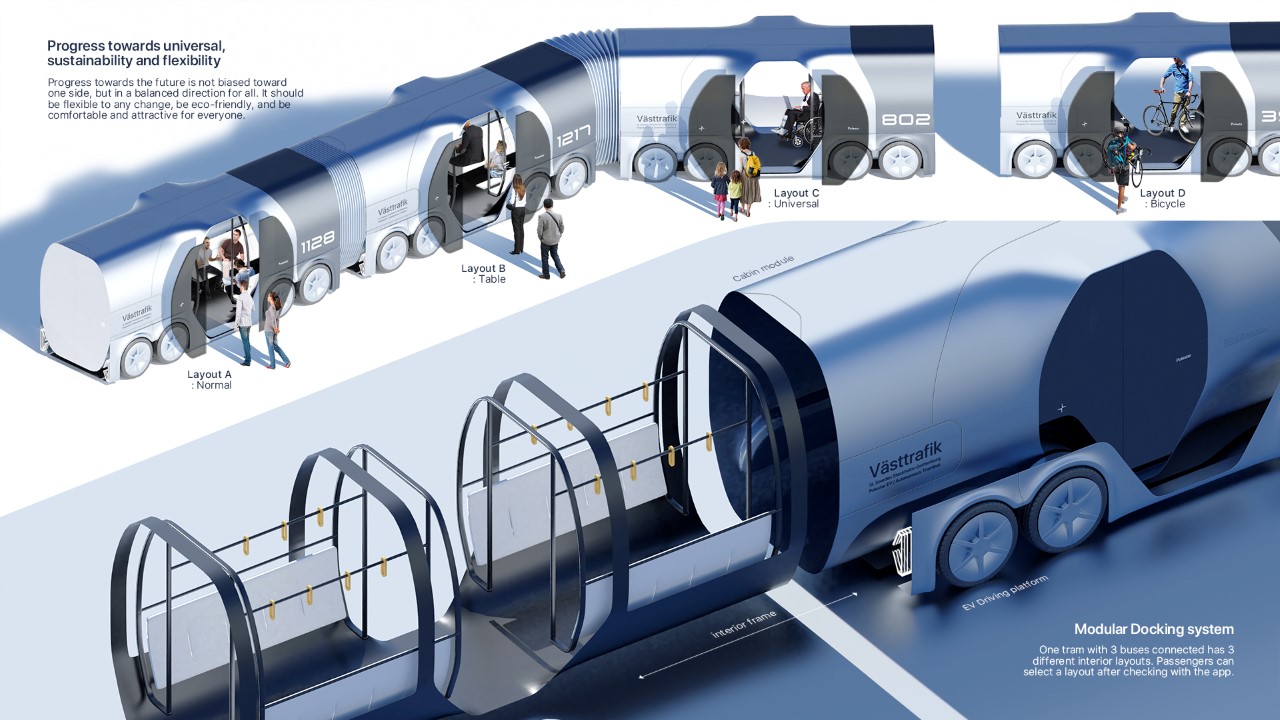 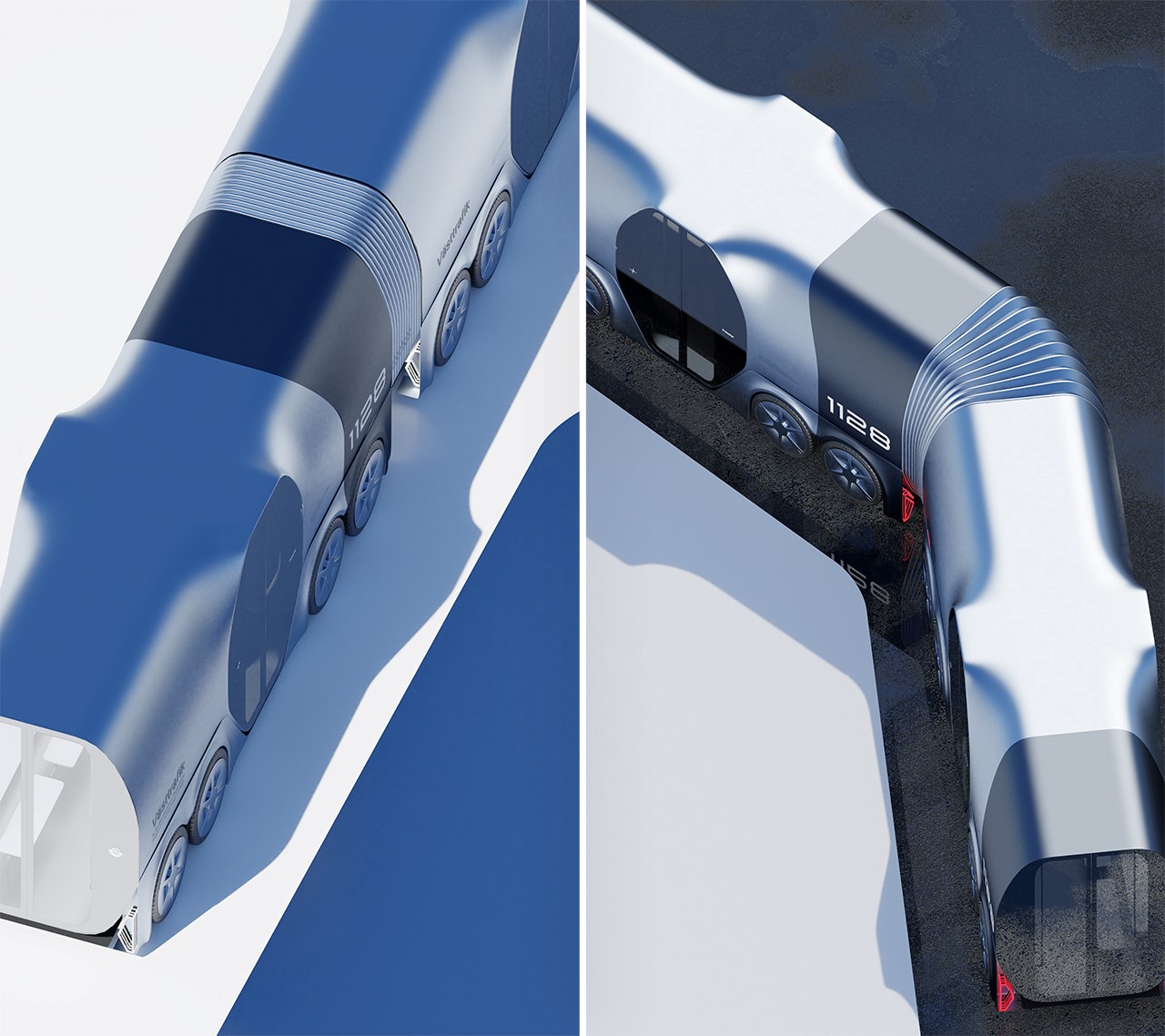 SpaceTrain concept pays homage to the legendary project of the Aerotrain, an avant-garde achievement of the engineer Jean Bertin and his team who were active…

The Encycle concept isn’t the first bicycle dynamo we’ve seen but it’s the only one we know of that connects to a smartphone. Every rotation…

There’s no fighting this bull

Named after the famous fighting bull, the Belador, the monster, is the perfect mix between the push and pull of power with control. A unique…

Nissan’s autonomous self-driving golf-ball will give you a hole-in-one everytime!

In what seems like a very “we-made-it-because-we-could” sort of situation, Nissan’s latest self-driving design isn’t what you think. It isn’t a car, a bus, or…