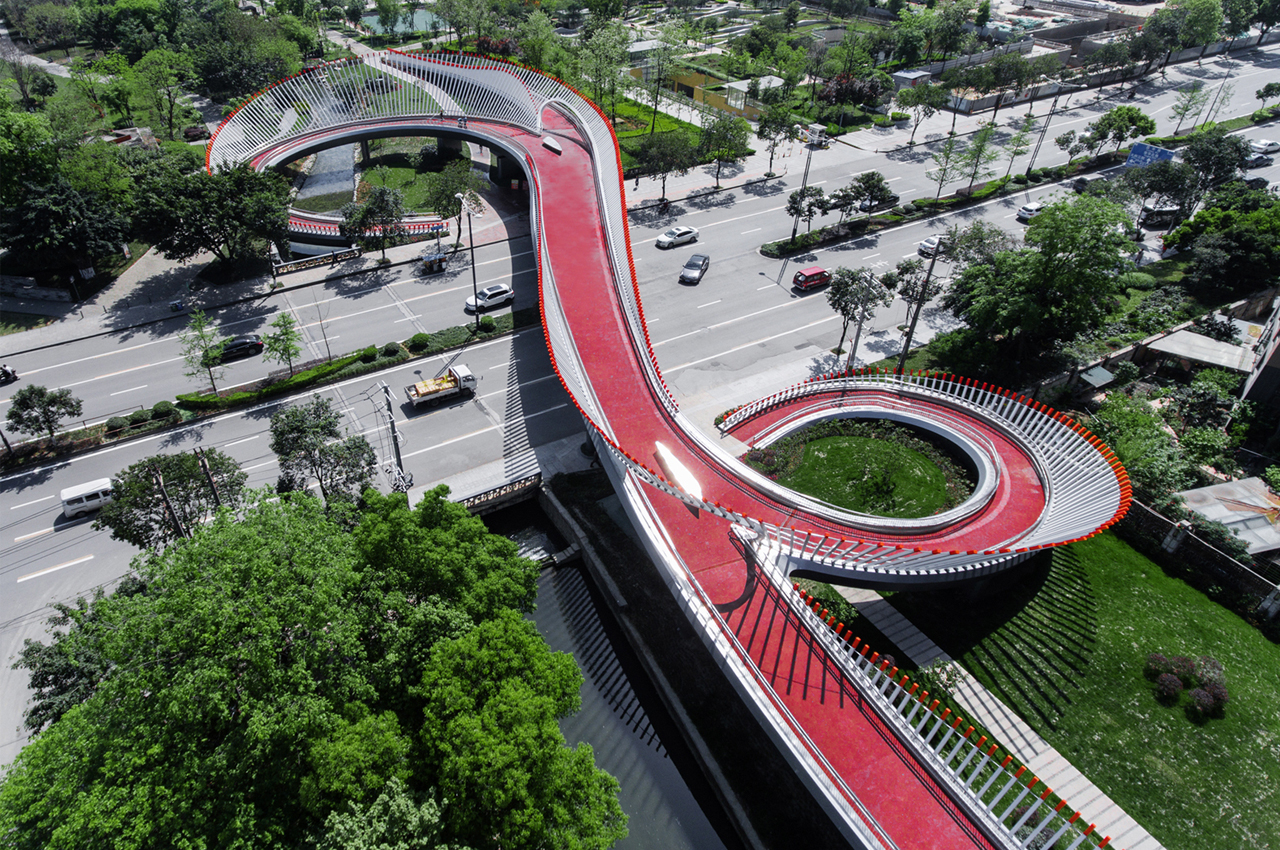 Bridges have always been an absolute architectural and engineering marvel to me! They connect places, that otherwise would have been absolutely impossible to join. And they stand steady and solid through the test of time. However, bridges have come far from the simple but strong structures they use to be. They’re now creative, and often reflect the aura of the city they’re situated in. And we’ve curated a collection of awe-spiring bridge designs that’ll have you wondering – when did architecture get so creative?! 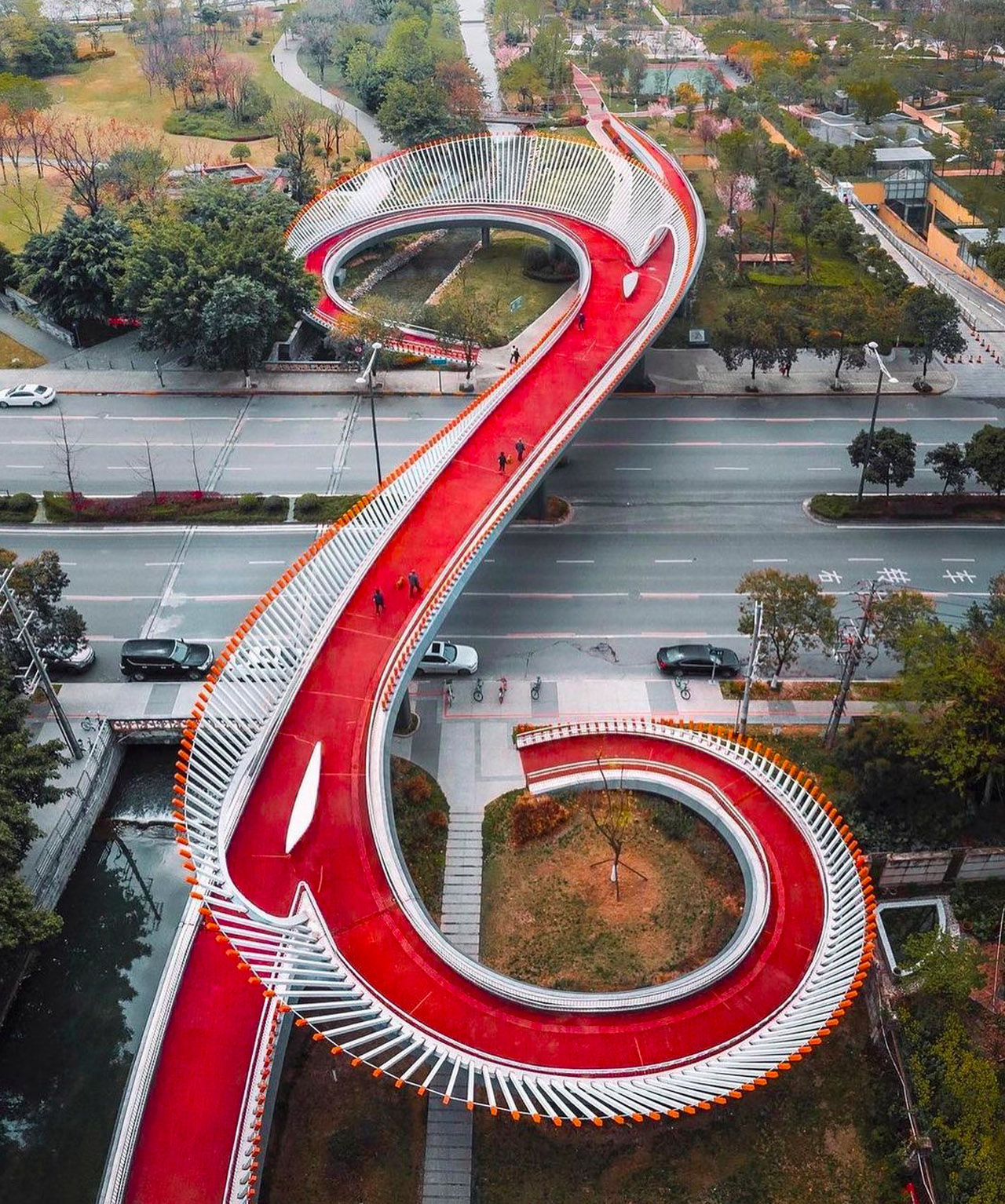 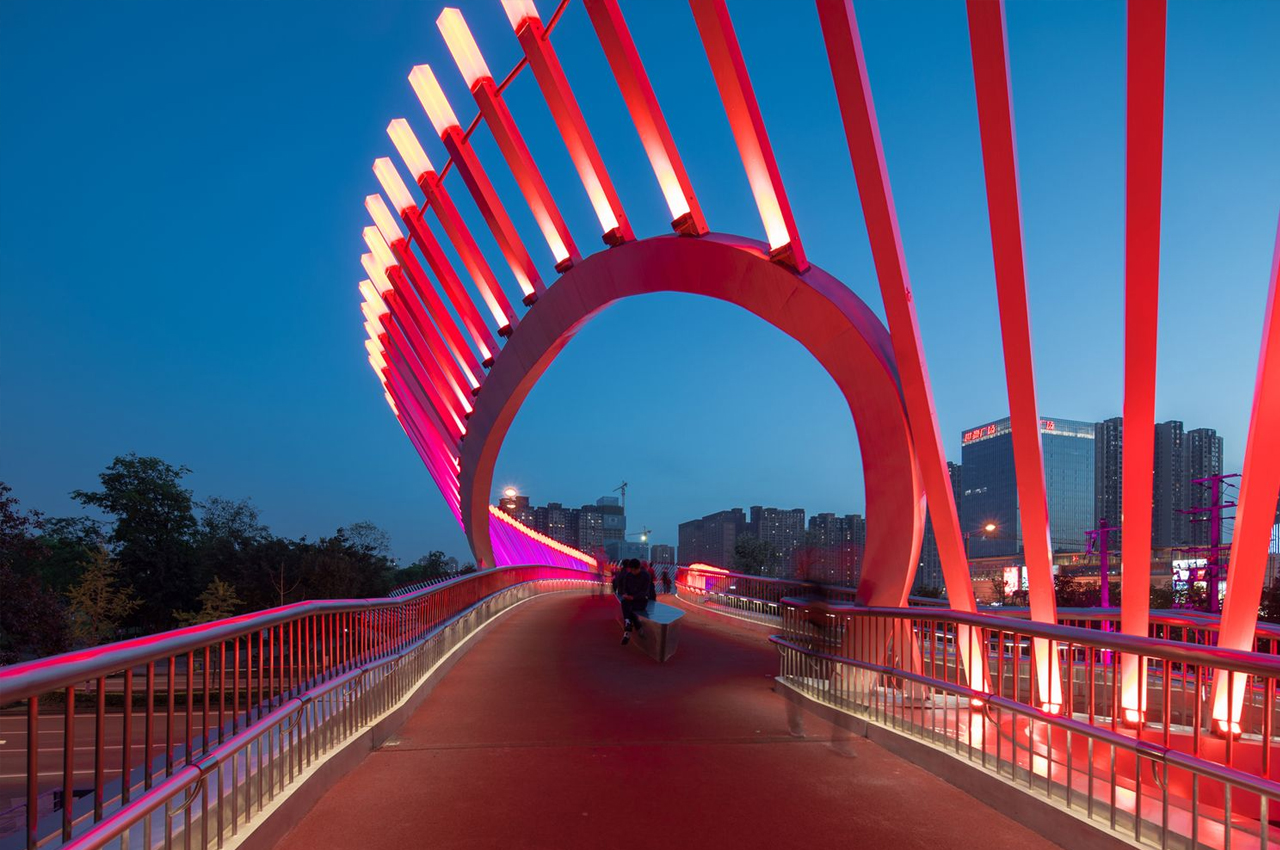 Inspired by a traditional Chinese musical instrument, the Ruyi Bridge in Chengdu, China is an architectural wonder. The curves and undulations of the bridge mimick musical rhythm. The bright red and white aesthetics instantly make it a sight that is completely un-ignorable! 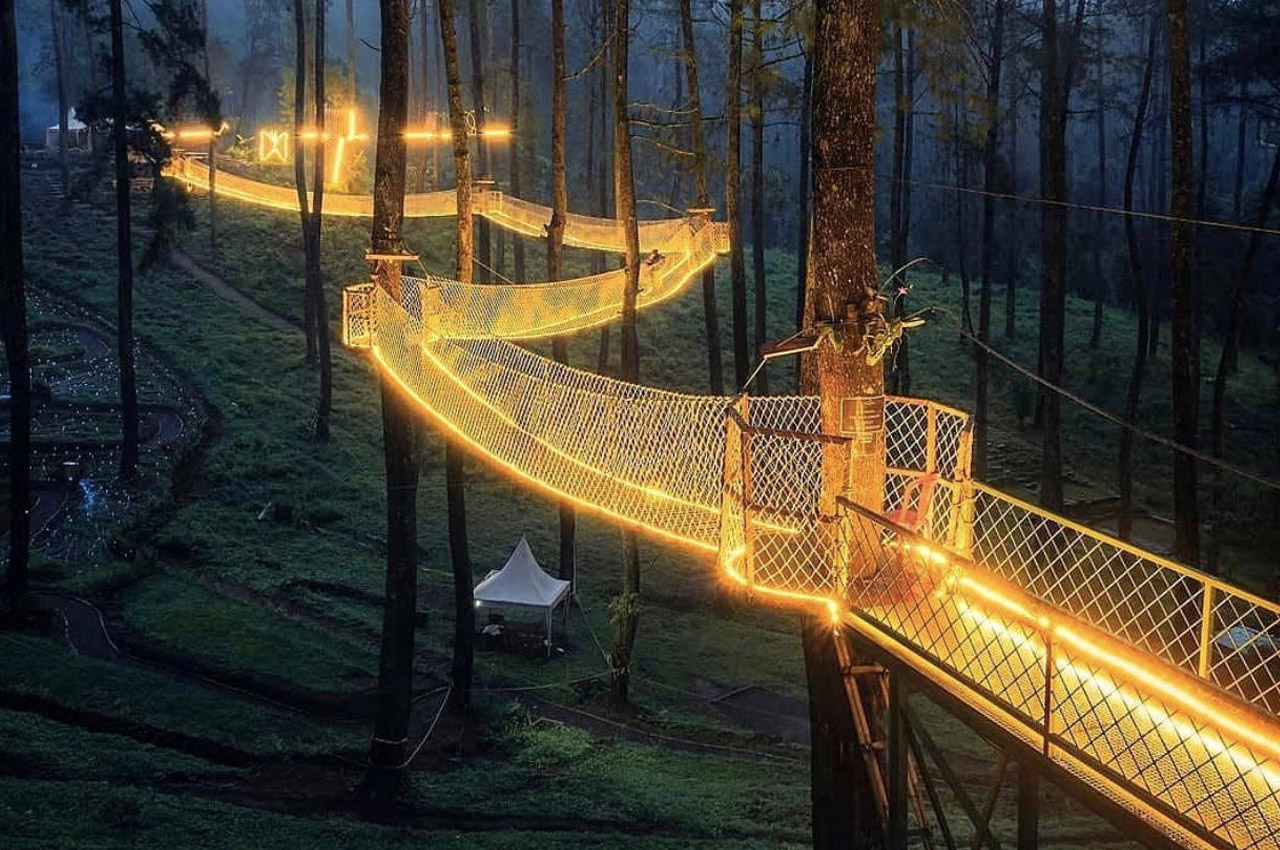 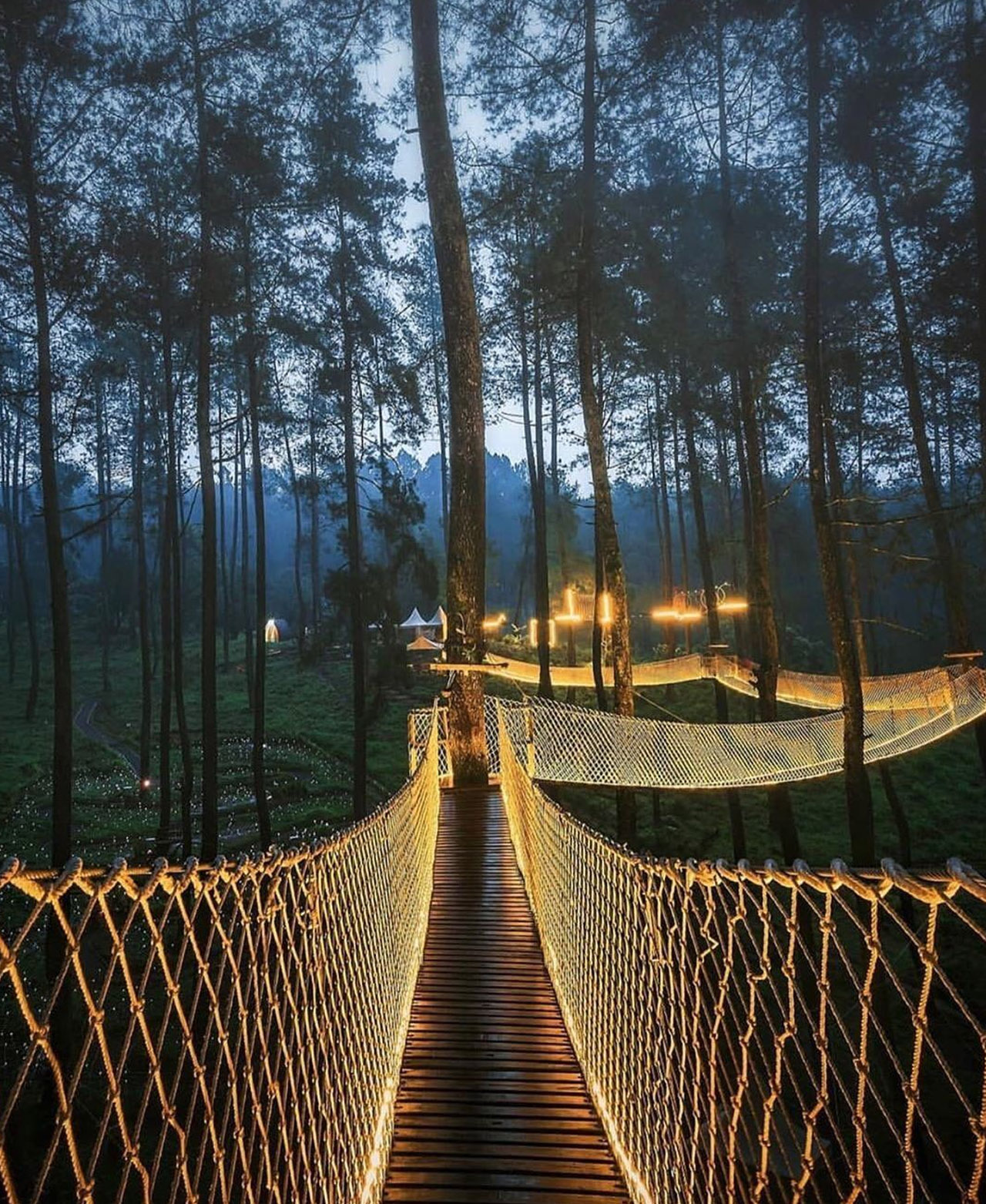 This beautiful bridge in the Orchid Forest Cikole in Lembag, Indonesia attracts onlookers from all over the world! The long wooden bridge is 492 feet long and is intertwined between tall pine trees. At dusk, the bridge lights up, emitting a warm yellow light. It’s a wonder to behold! 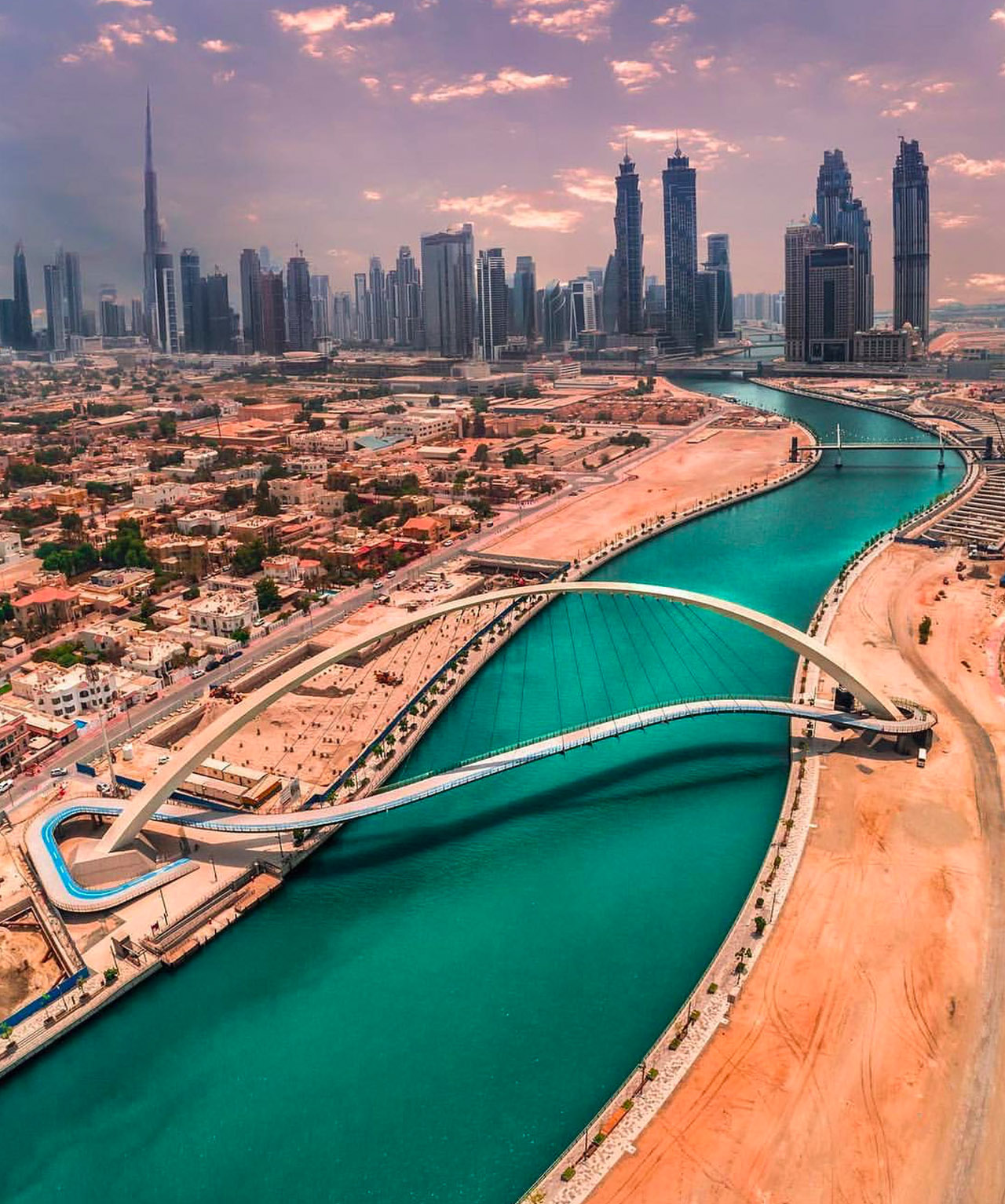 The Dubai Water Canal is a prime example of architecture meets engineering! Extending at 3.2 km, the bridge even includes a man-made waterfall. Watching the bridge swerve over the glistening blue water is a visual delight to the eyes! 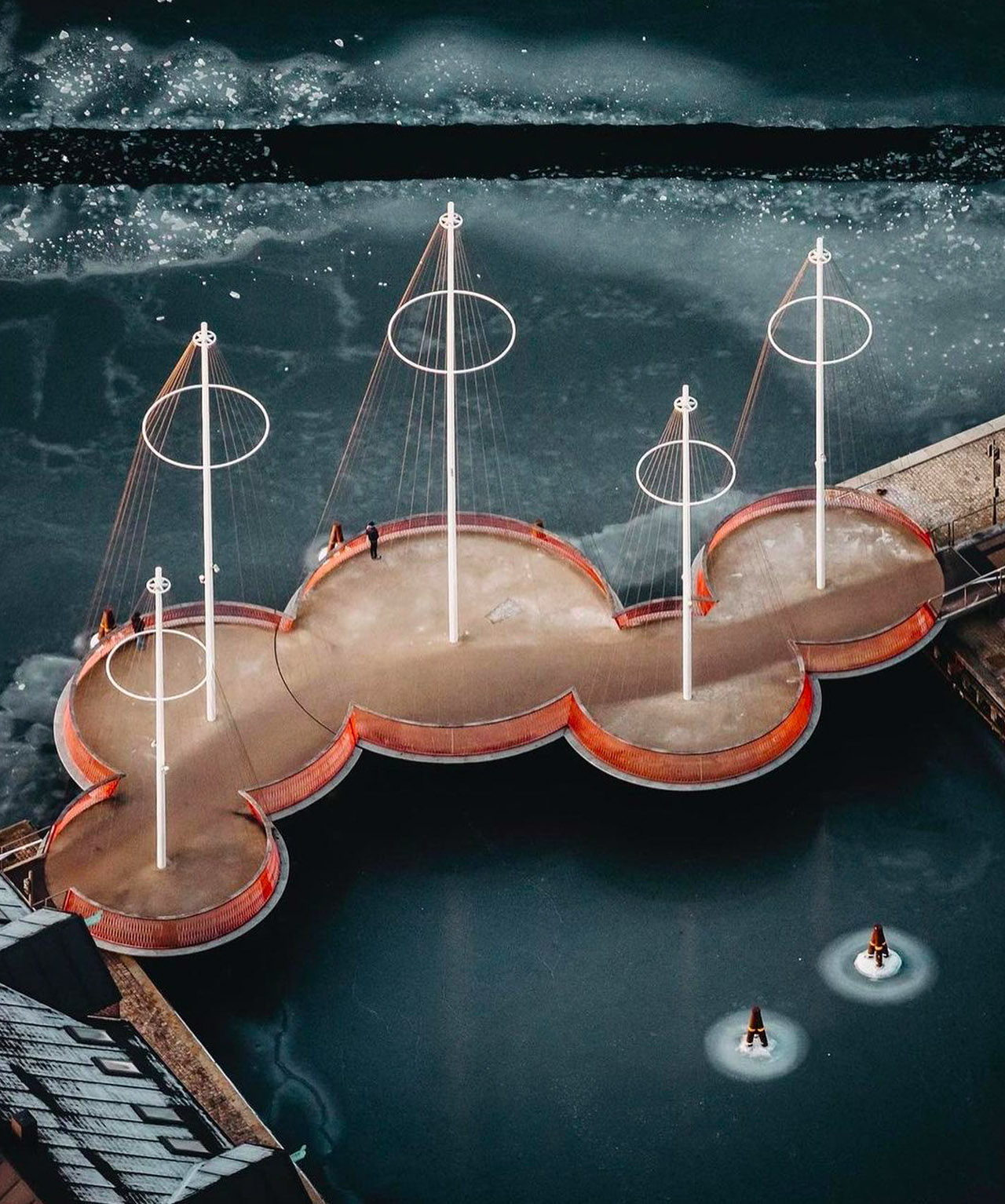 The Cirkelbroen Bridge in Copenhagen, Denmark has been designed by Studio Olafur Eliasson. It celebrates the pedestrians, and the daily life, and hustle-bustle that can be found around the canal. Made up of five circular platforms, the bridge is quite geometrically unique! 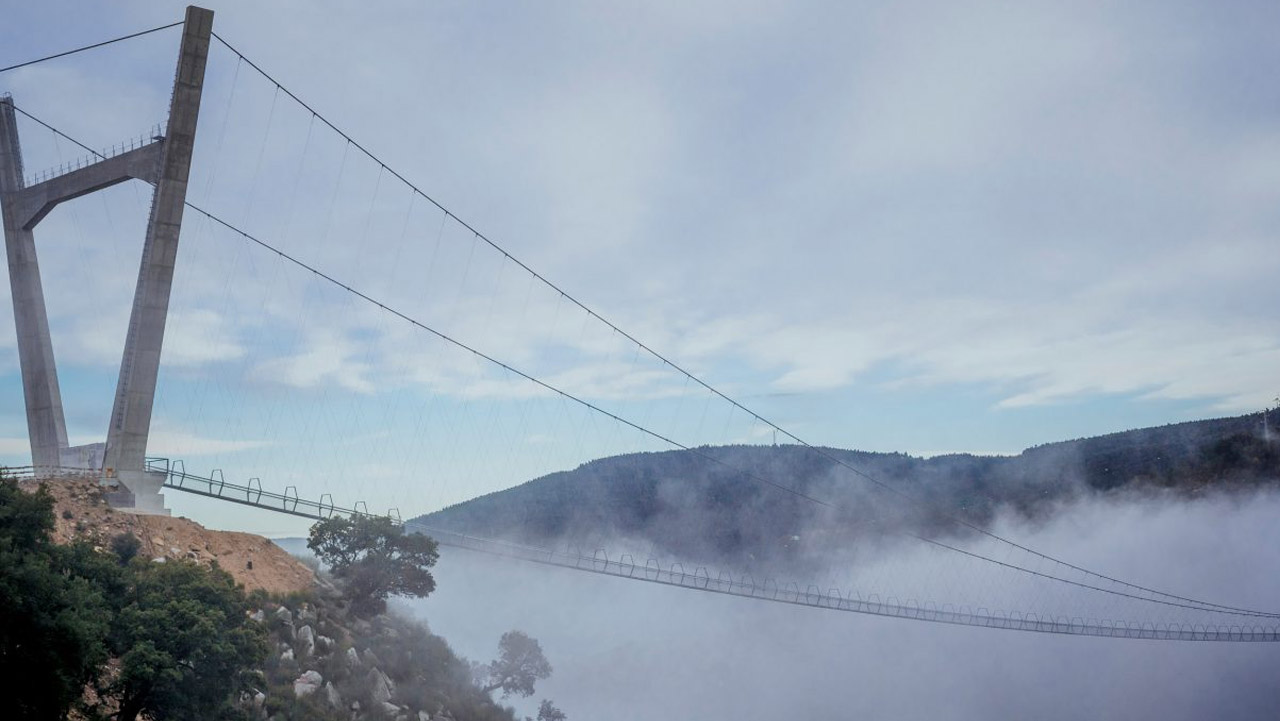 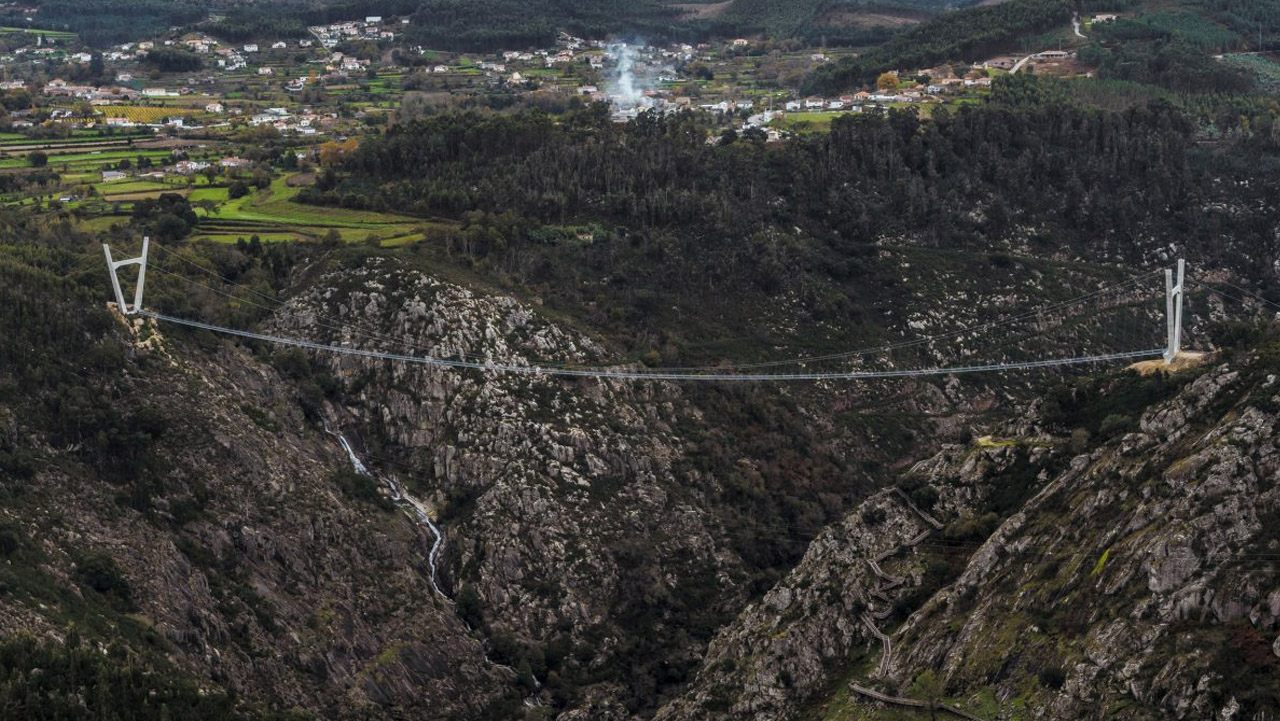 This pedestrian suspension bridge in Portugal claims to be the longest in the world! Named 516 Arouca, the bridge measures 516 meters in length. It is suspended 175 meters above the Paiva river and connects two impressive hills. It’s a remarkable work of engineering! 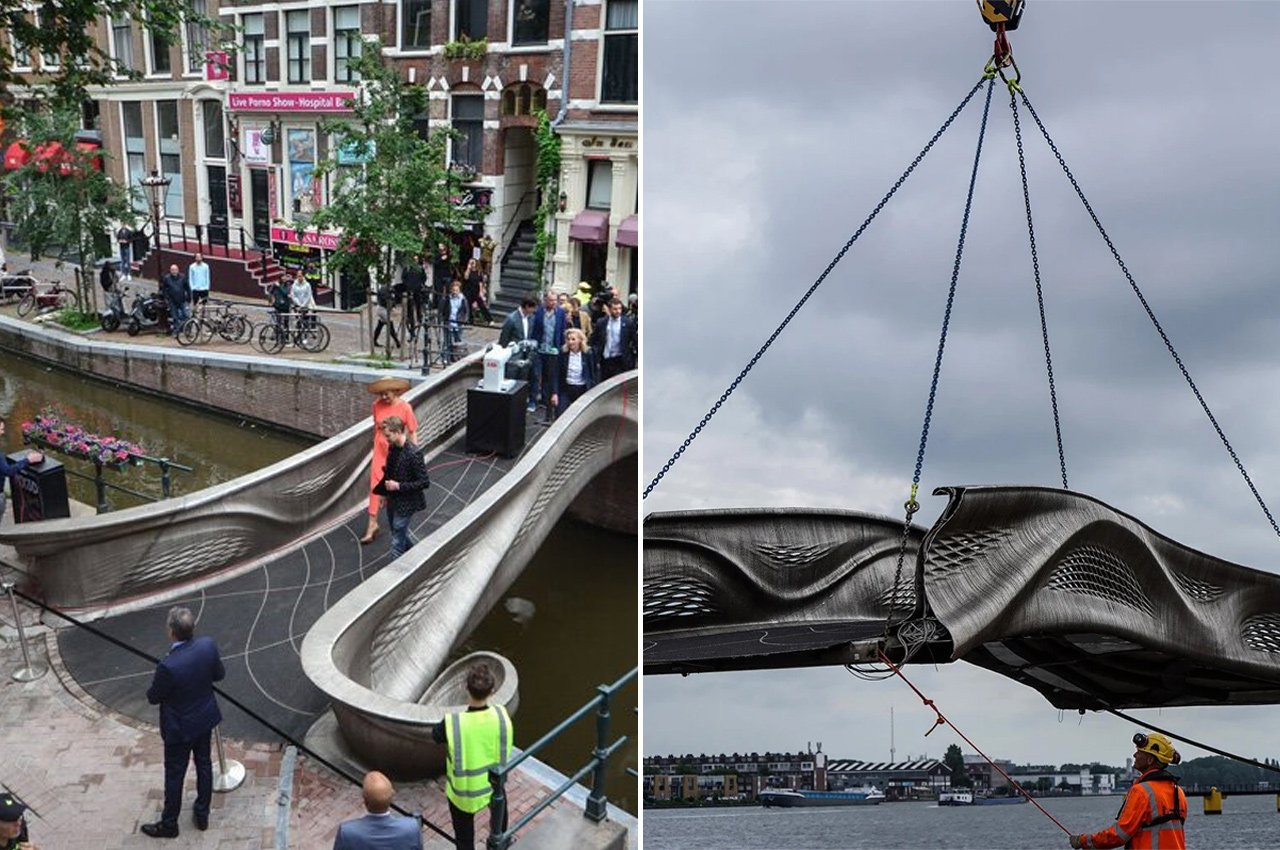 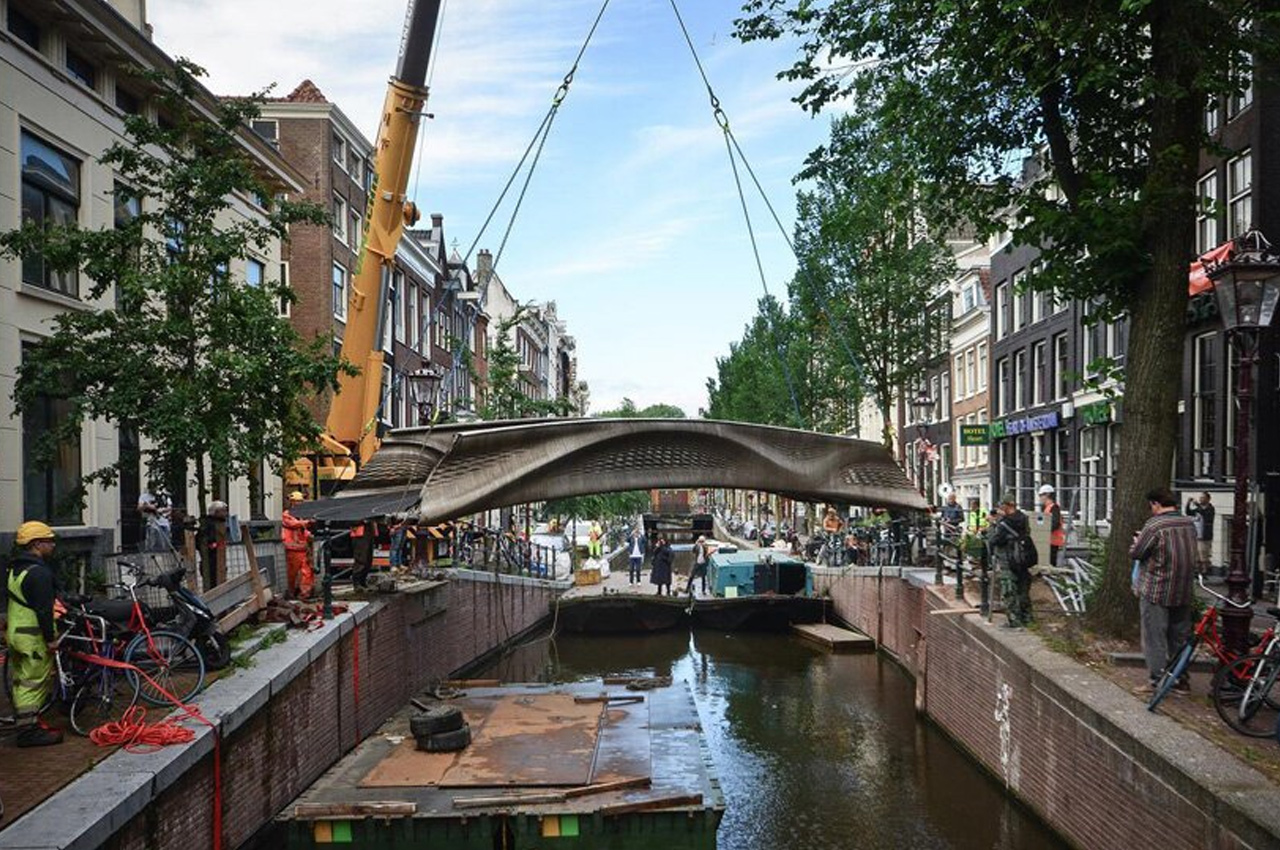 Linking Amsterdam’s past with its future, designers and engineers at MX3D and Joris Laarman Lab developed the world’s first 3D printed bridge over one of Amsterdam’s oldest canals in De Wallen, the city’s red-light district. MX3D and Joris Laarman Lab collaborated with global engineering firm Arup along with a host of designers and 3D-print teams to develop the robot-welded bridge. Welding traditional steelwork with computational design, the stainless steel bridge symbolizes a linking of Amsterdam’s past with its future. 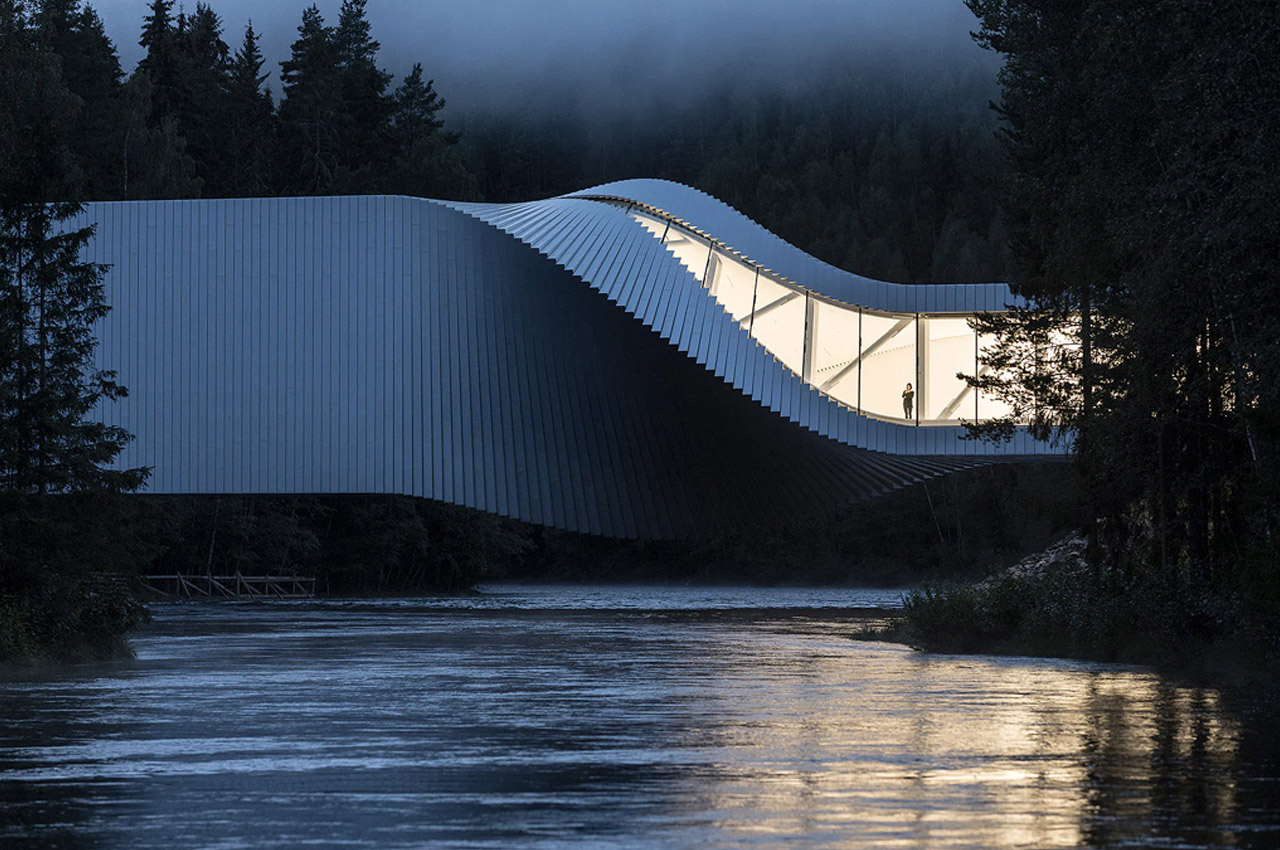 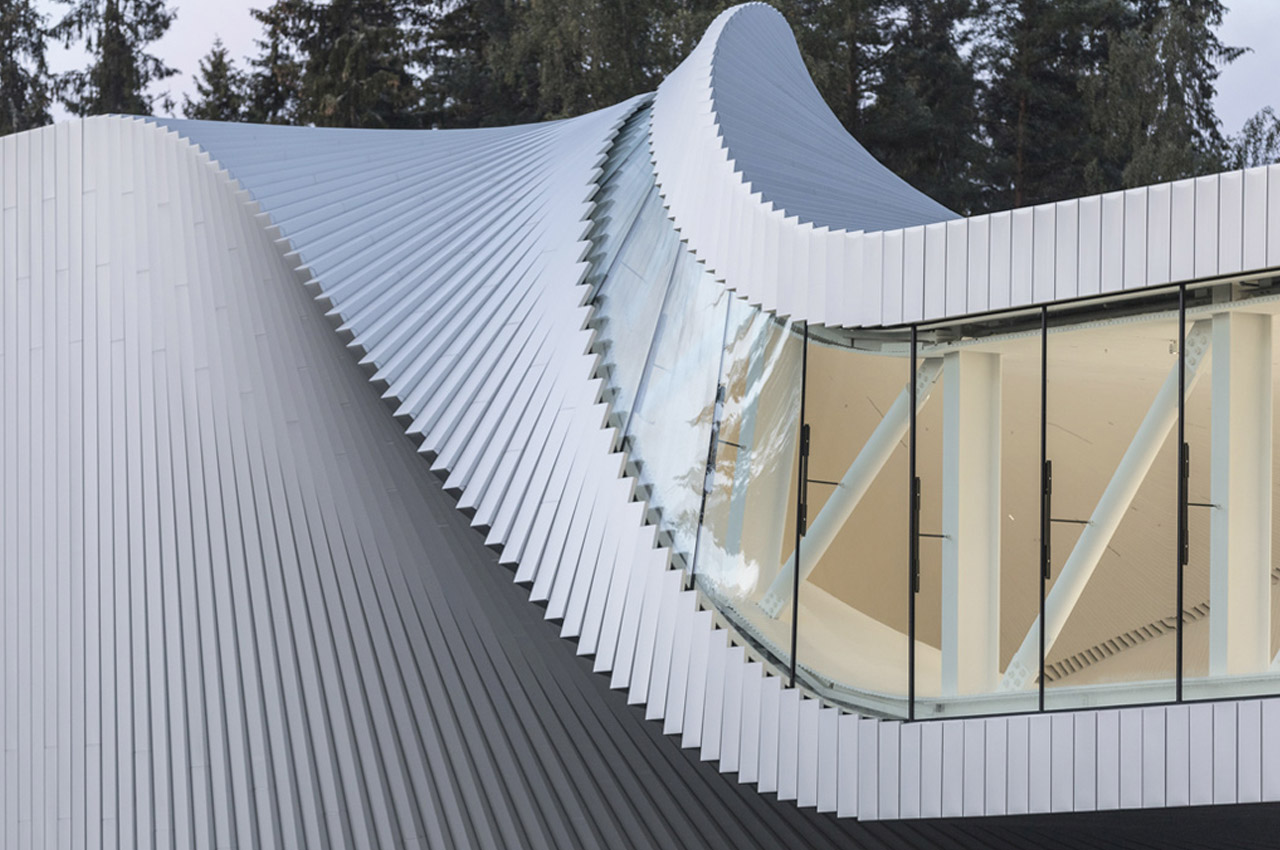 Spanning 15,000 square feet, sprawling across the beautiful Randselva river, in northern Europe’s largest sculptural park stands ‘The Twist’. Twirling through the air and combining two riverbanks, The Twist is “a hybrid spanning several traditional categories: It’s a museum, it’s a bridge, it’s an inhabitable sculpture,” says Bjarke Ingels, Founding Partner & Creative Director, BIG. Situated at the Kistefos Sculpture Park in Jevnaker, Norway, the project was first proposed in 2011 by the Bjarke Ingels Group and now in 2019, it is a striking reality. 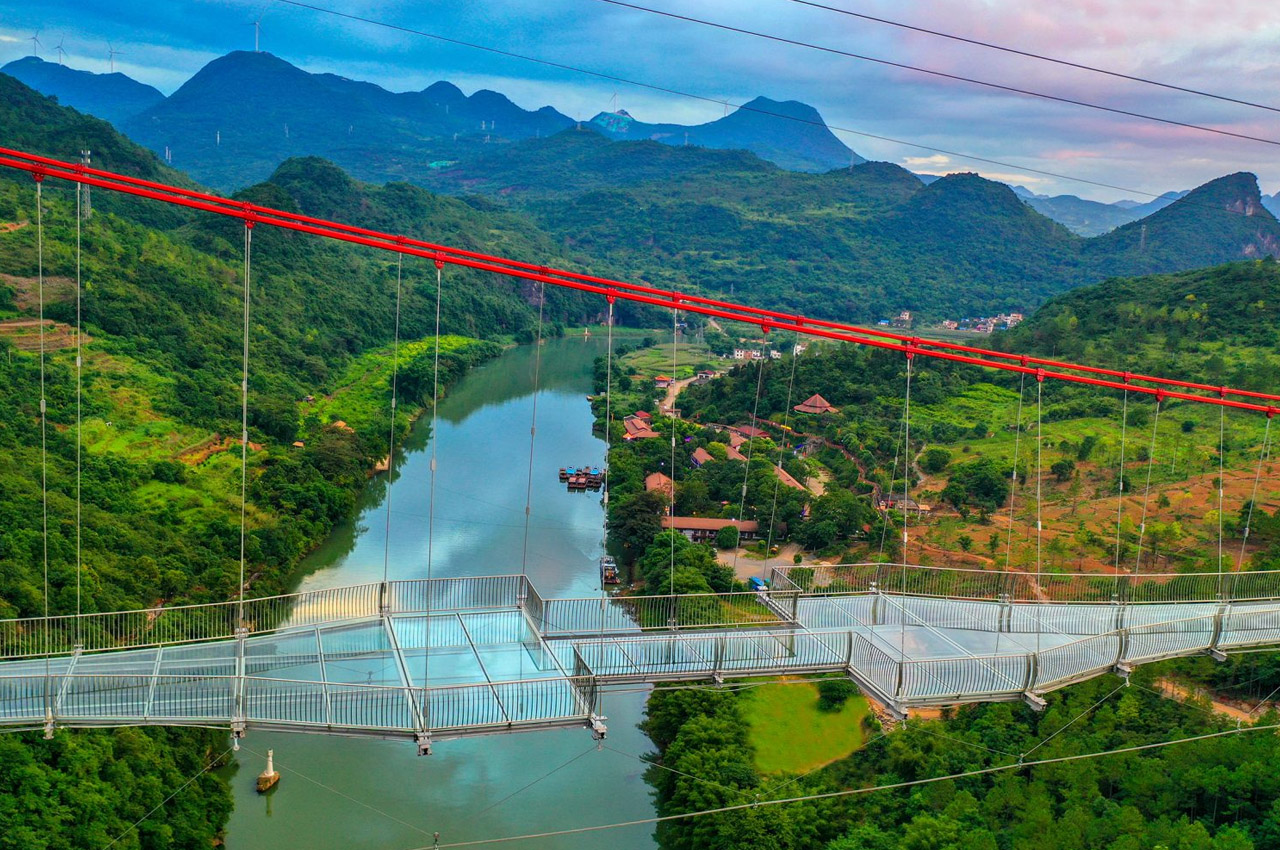 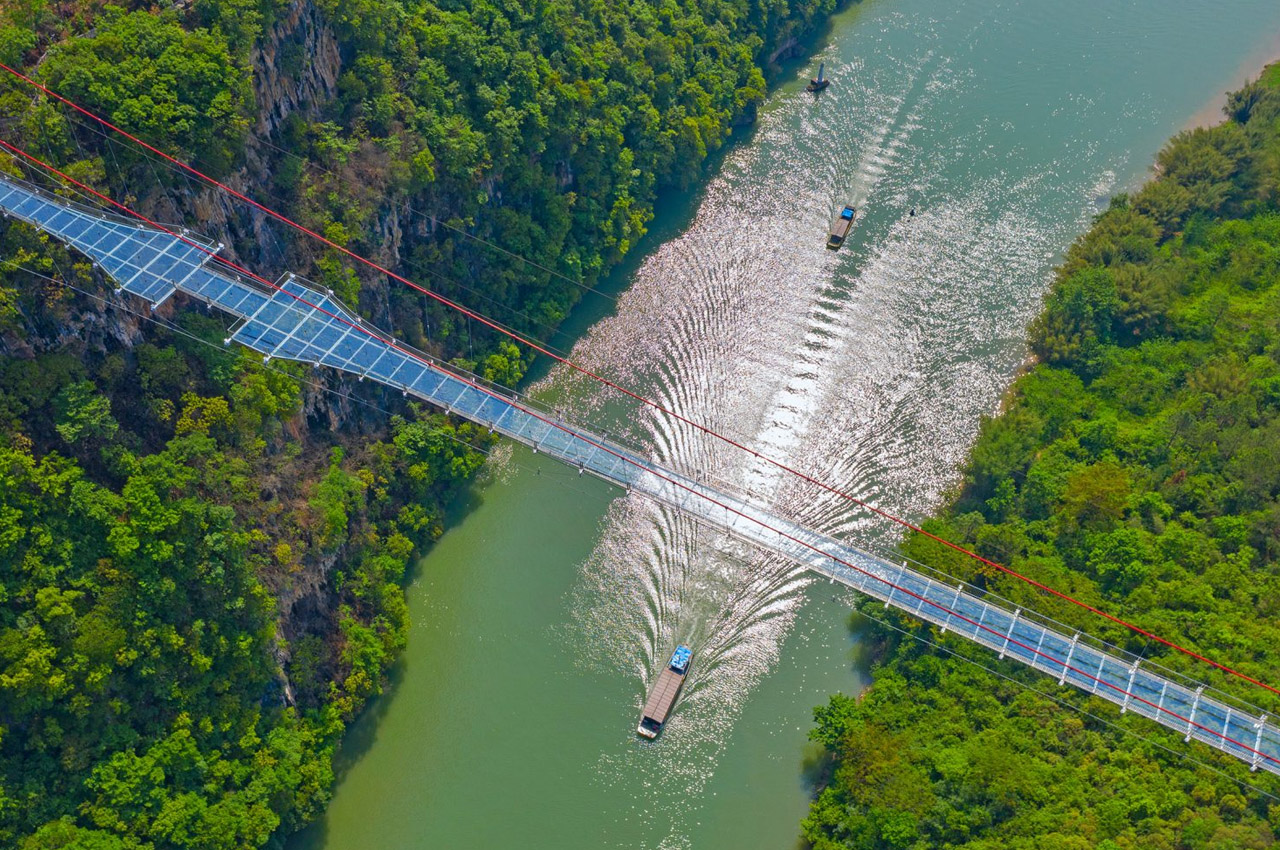 The world’s longest glass-bottomed bridge opened up in China! It has even been officially recognized by the Guinness World Records. The bridge can hold up to 500 people, and it glistens in the sunlight while doing so! 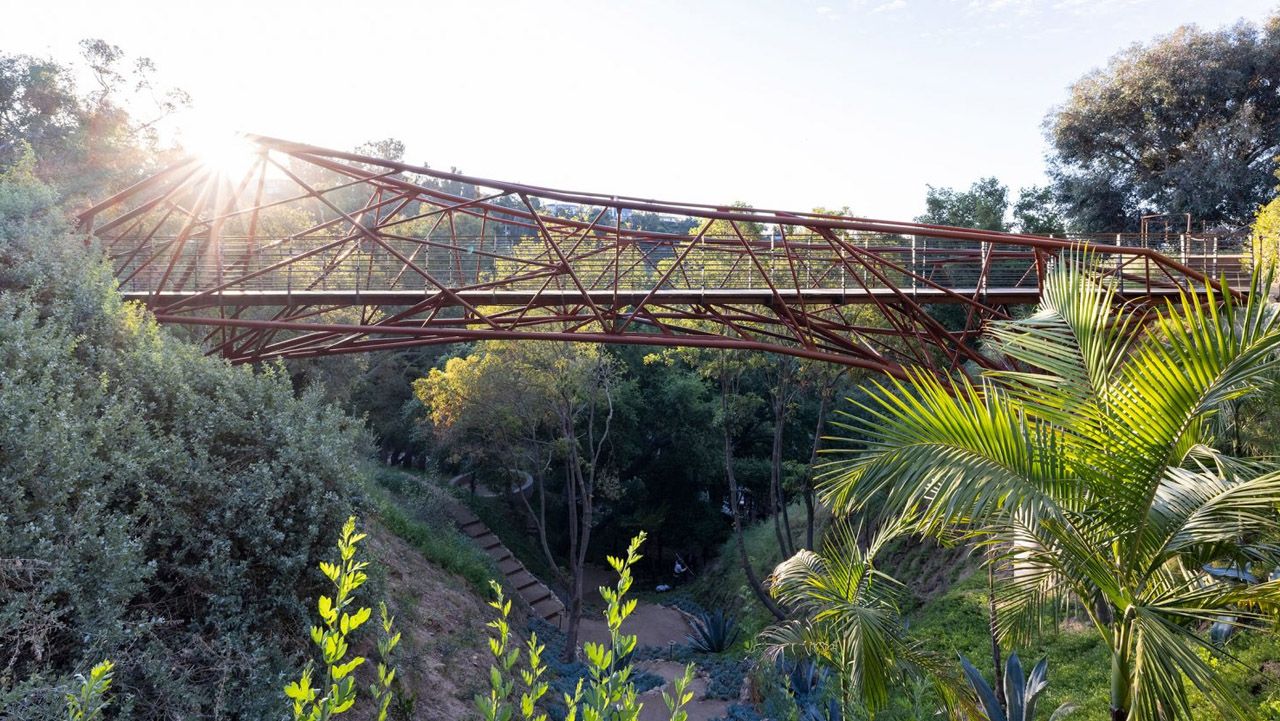 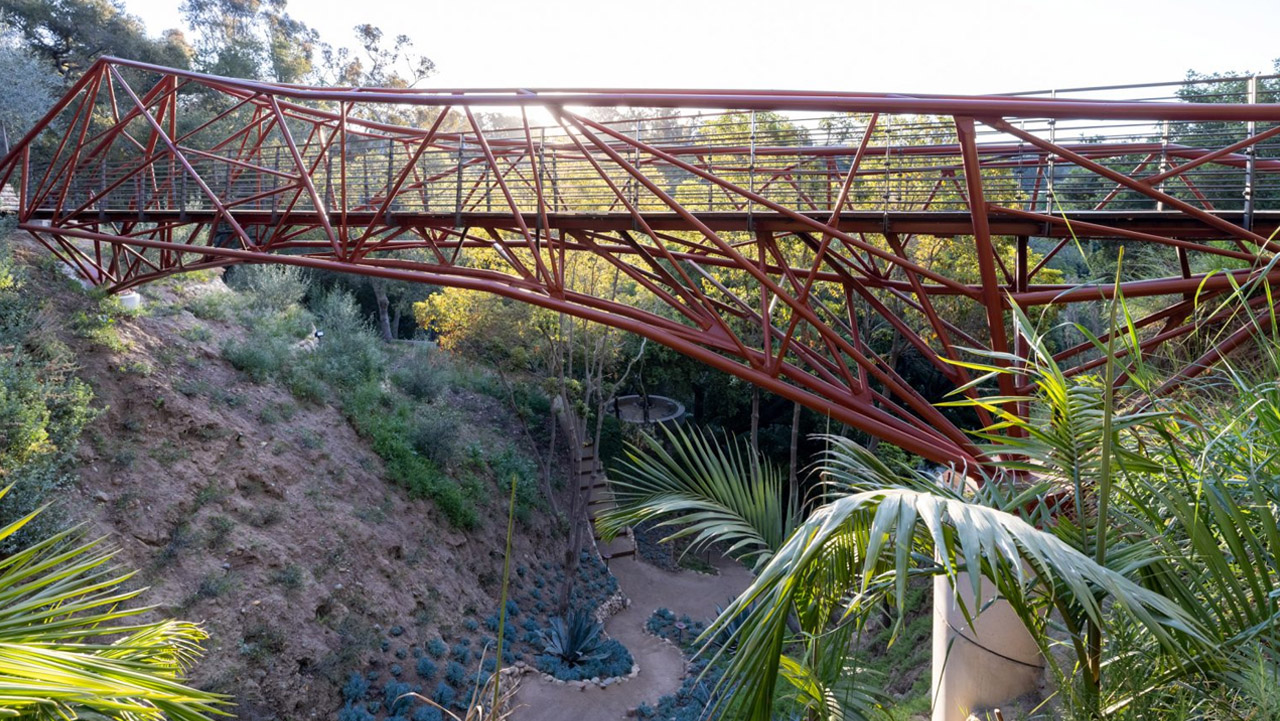 Students at the University of Southern California’s School of Architecture build the Arroyo Bridge using collaborative robotics. The 70-foot bridge is an intricate web of steel tubing. The structure was inspired by tree branches and leaf veins! 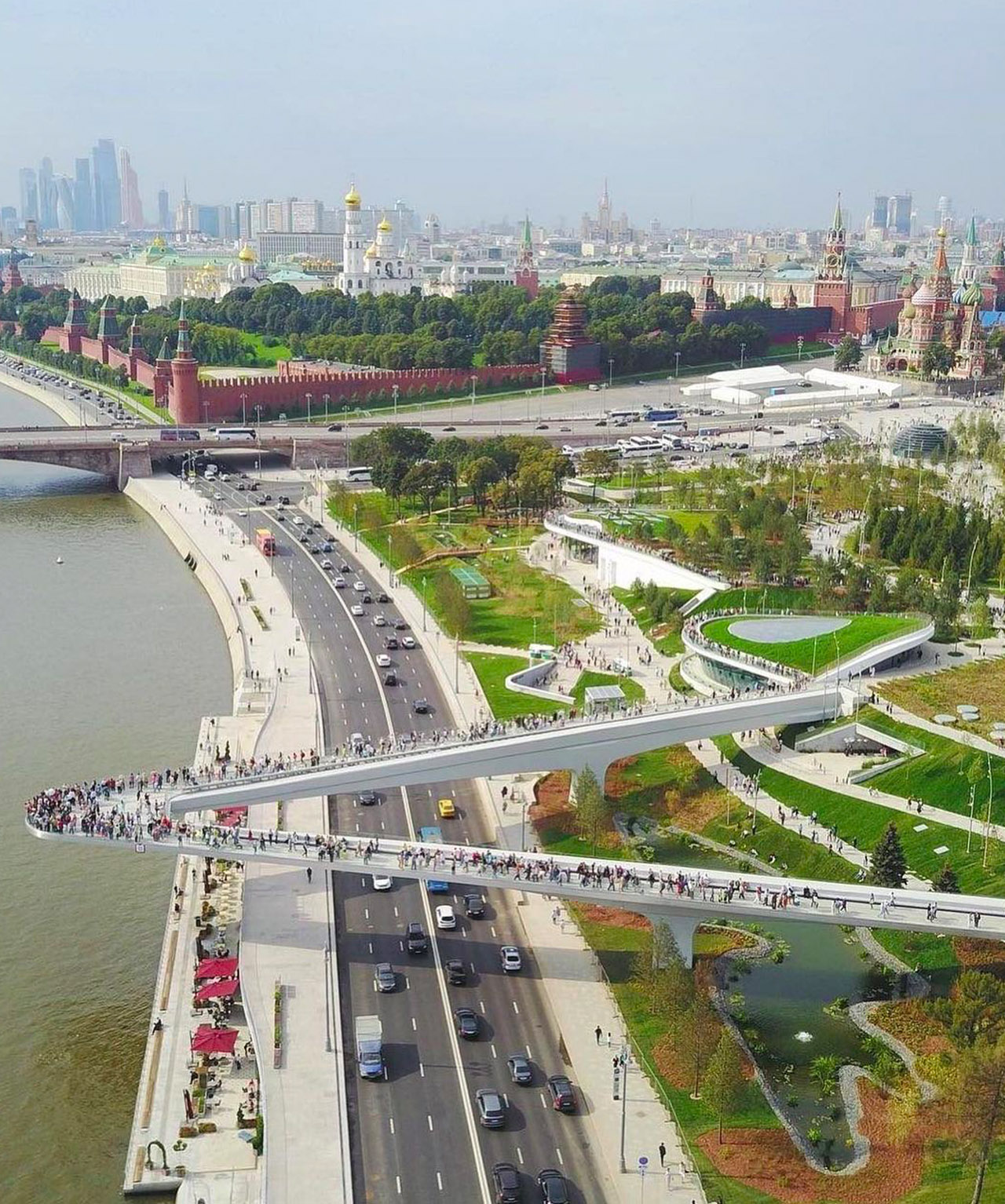 The Floating Bridge in Moscow, Russia is one of its most famous architectural structures! The bridge hangs over the road, allowing pedestrians to cross it while feeling like they’re dangling above the ground! I would love to walk on this one.

COVID-19 induces lifestyle has had a major impact on the lives of people – in a way affecting the mental health and basic psychology. Being…

Wars are ugly, no matter which way you look at them. It destroys not only buildings and infrastructure but, more importantly, lives. Rebuilding war-torn areas…

The Denim Jacket was born in 1880 to cater to the rough-n-tough needs of miners, cowboys, and laborers. More than 140 years later, Vollebak has…