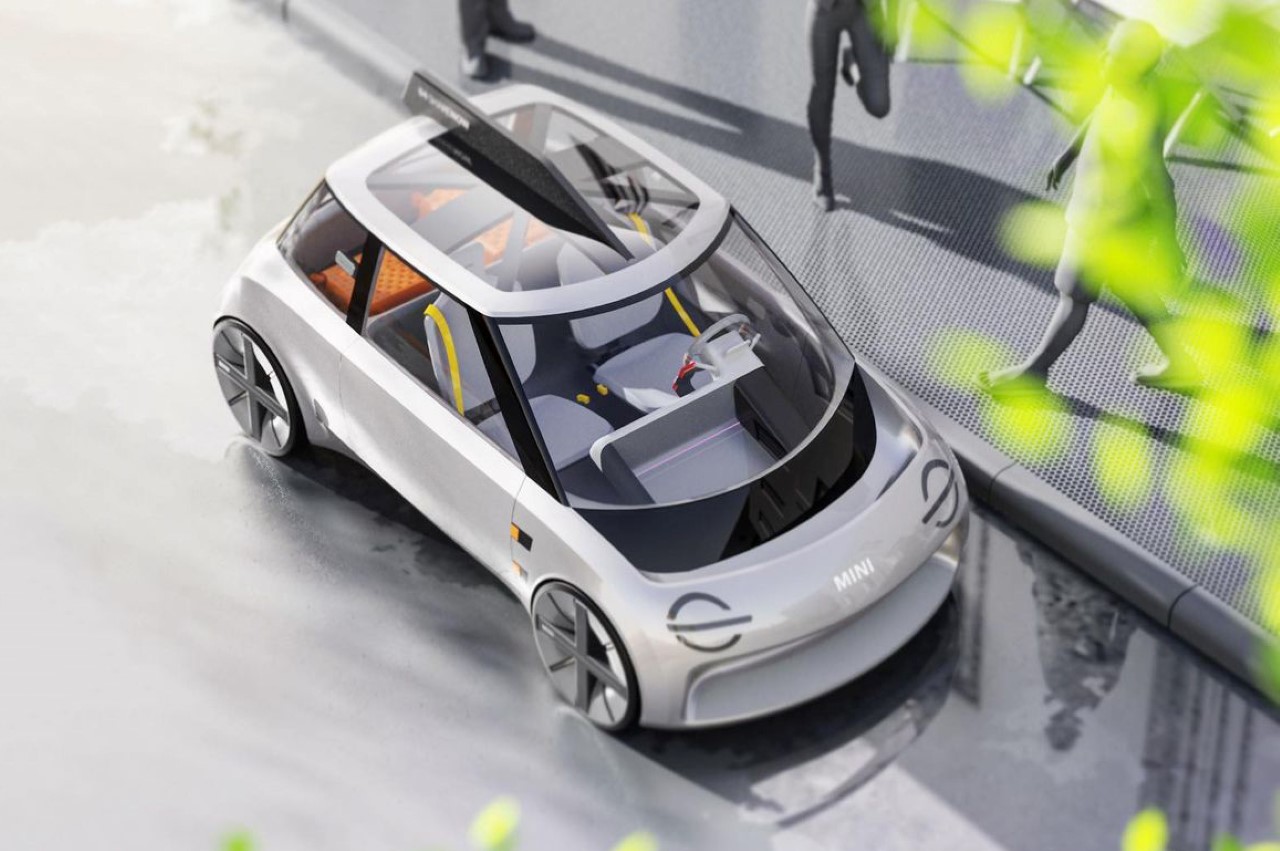 The Mini Cooper is ostensibly a proud, Brit-made car designed for the cities… but as cities grow larger, and a growing population adds more pressure on resources, roads, and other infrastructure, transportation needs to evolve. Daniel Pokorný’s Mini City CarSharing concept shows how the tiny humble hatchback can evolve to become an icon of urban commuting.

The goal was to create a fully electric vehicle ideal for car-sharing fleets that could be easily cleaned after every use. The design integrates Mini’s values, combining a minimalist and practical interior with an exterior that highlights contemporary automotive design. Outwardly, it’s unmistakably a Mini. Aside from the fact that the Mini logo is emblazoned across the front, the car boasts of Mini-esque proportions, the signature round headlights, and a design that’s both comfortable yet compact. 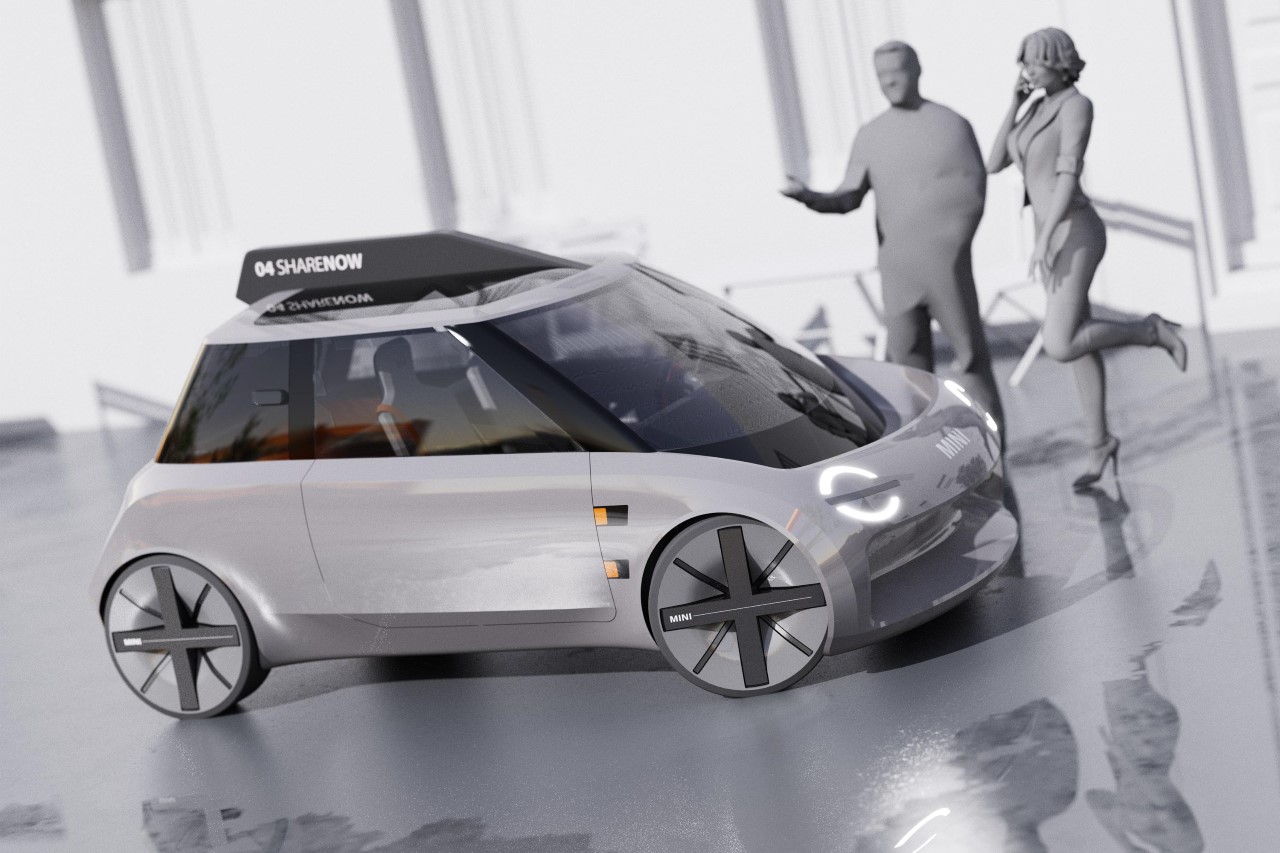 The compact car sports large windows to make up for its small size, these quirky proportions lend to the car’s ‘cute’ demeanor, while also providing a nice view to the passengers on the inside. The CarSharing concept comes with an incredibly short bonnet, characterized further by a large air-intake beneath it. Daniel calls this a cognitive element that communicates the electrified nature of the car. With a minimal front overhang, the car’s front is finally made complete with two ring-shaped headlights divided by thin LED stripes, and the Mini logo. 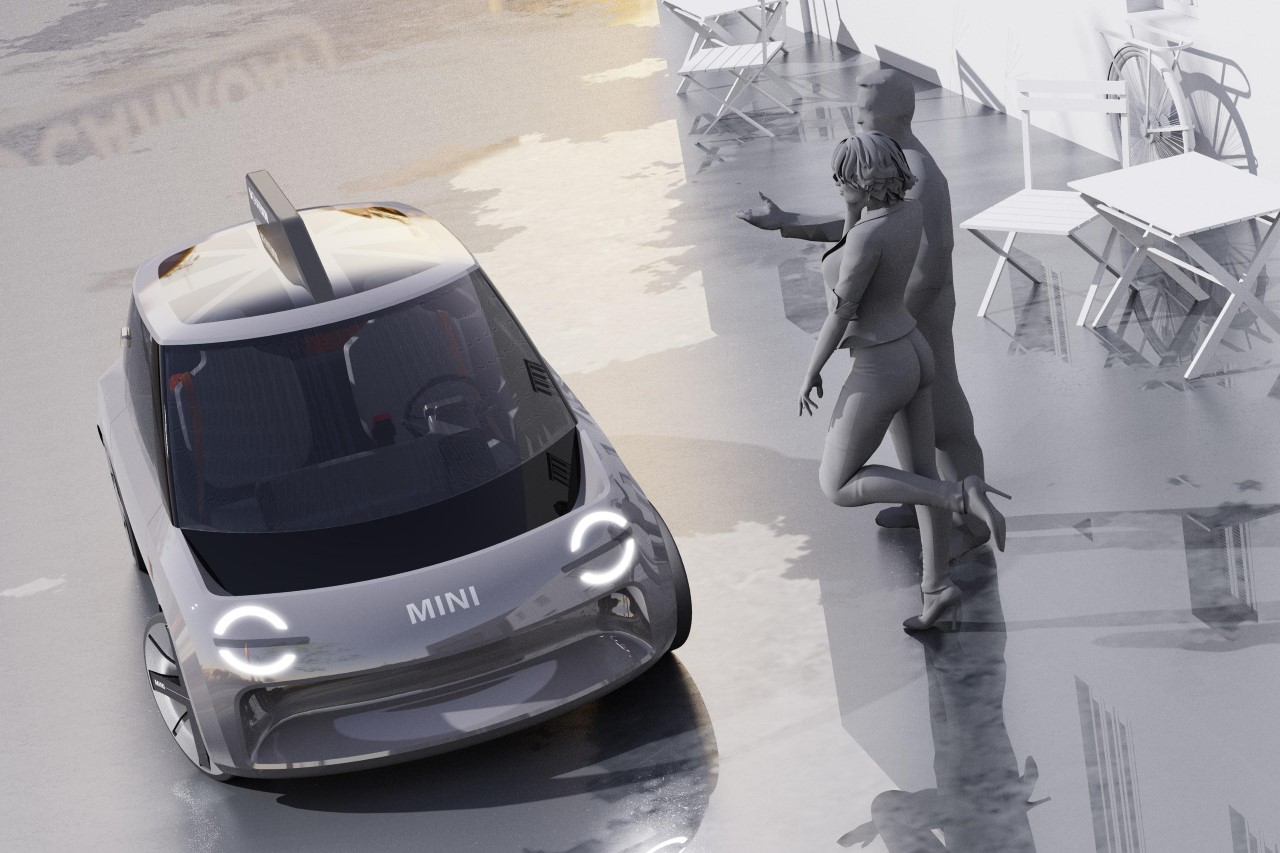 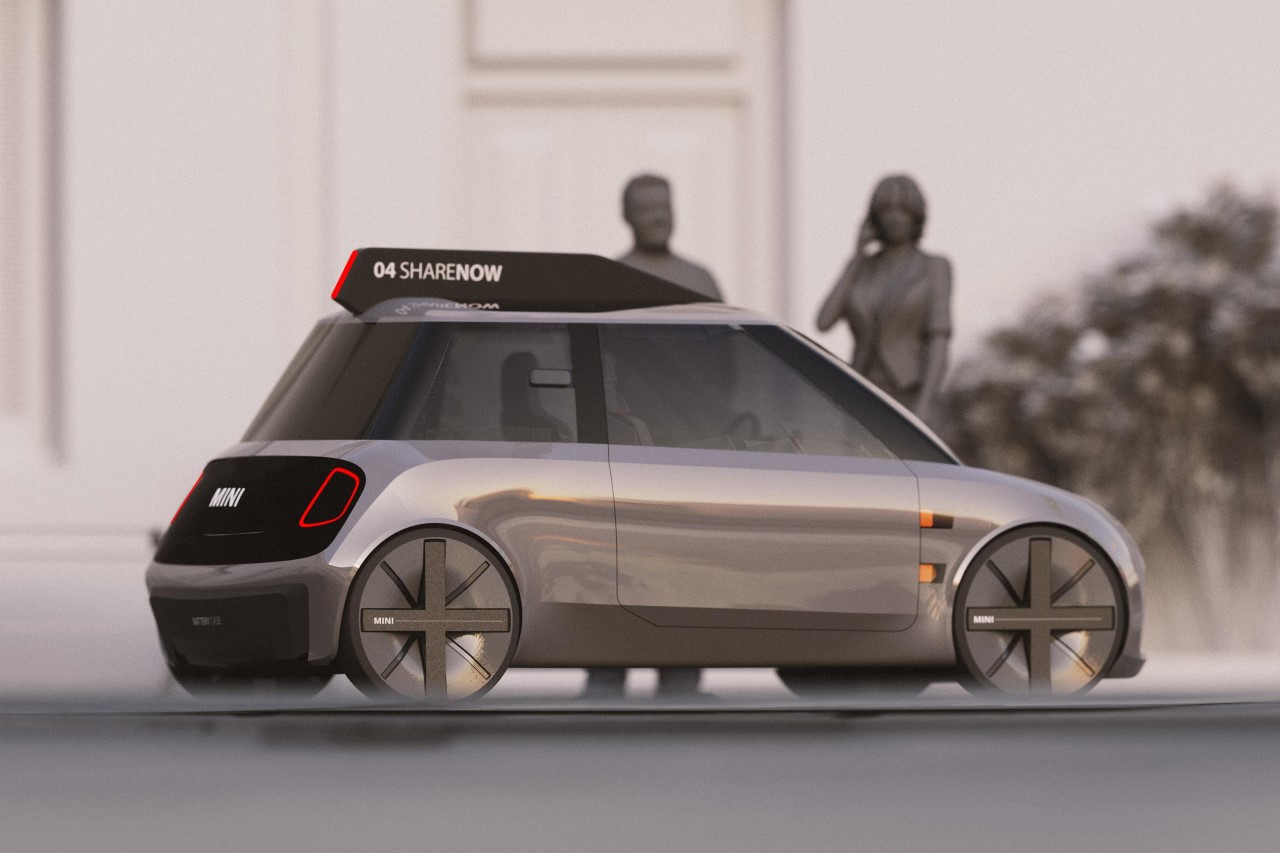 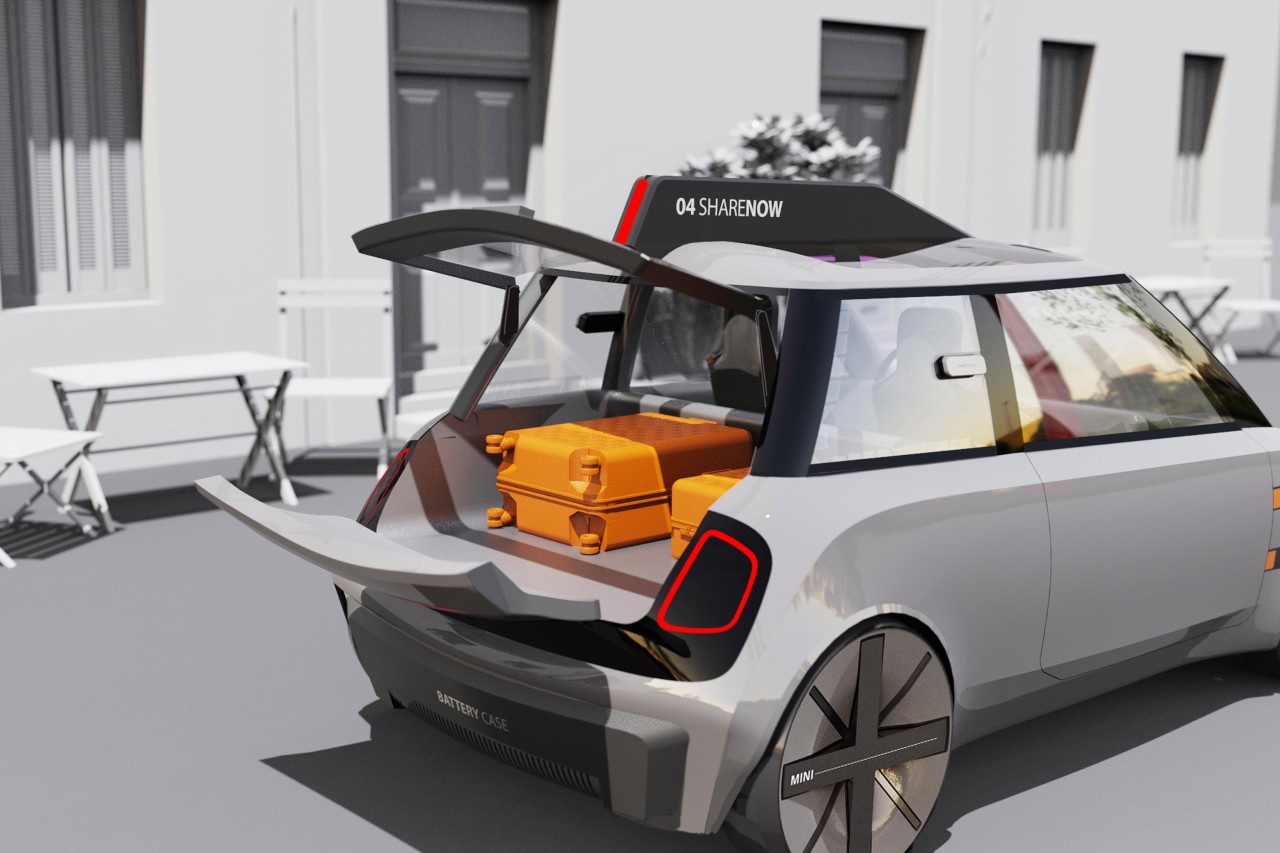 The two-seater hatchback comes with ample boot space for luggage, making it perfect for long commutes or even journeys to and from the airport/station. The rear hatch opens up in two parts, quite like the Mini Rocketman Concept from a decade ago, giving you easy access to the back to add or remove heavy bags. The top even comes with a fin that reads ShareNow, making the car instantly identifiable from a distance… and the roof boasts a transparent design, supported by pillars that resemble the Union Jack, once again hinting at the car’s British origins. 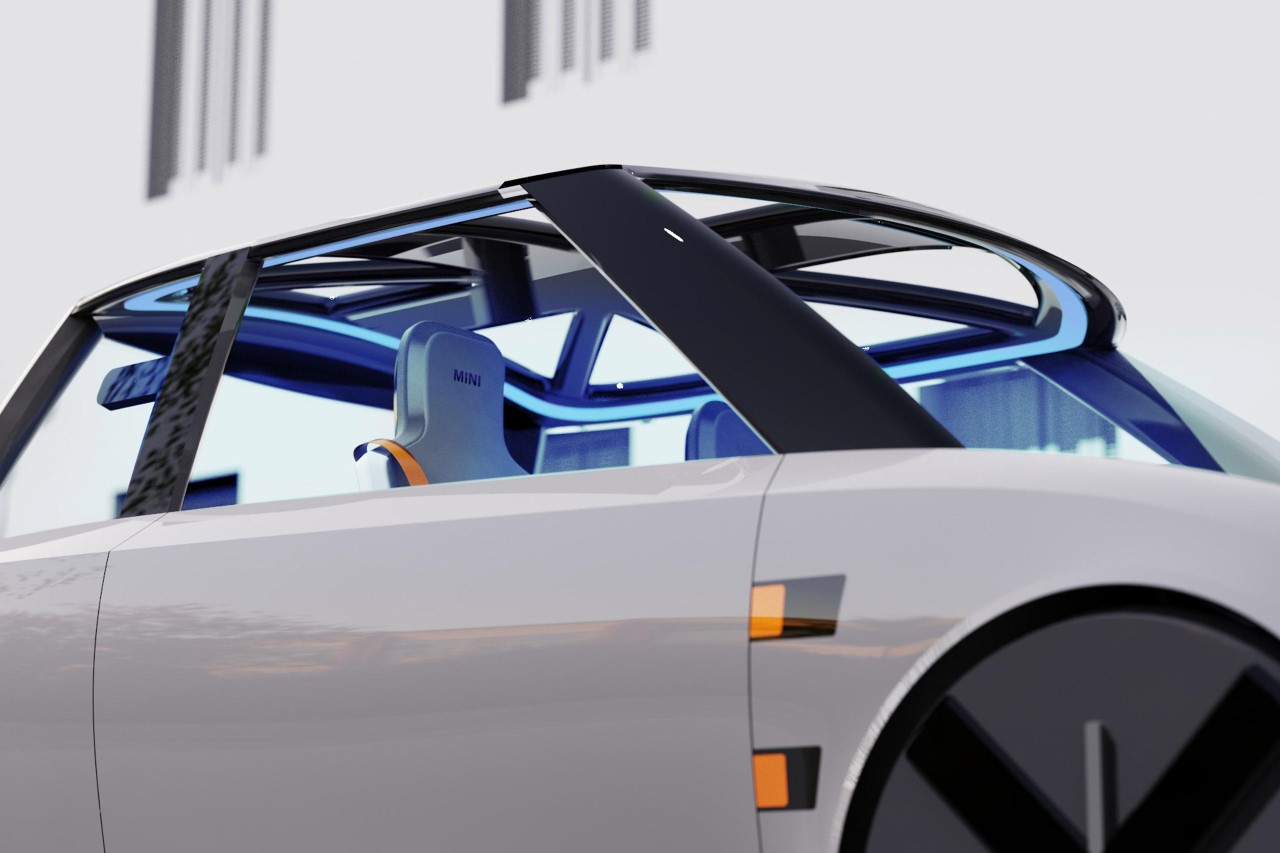 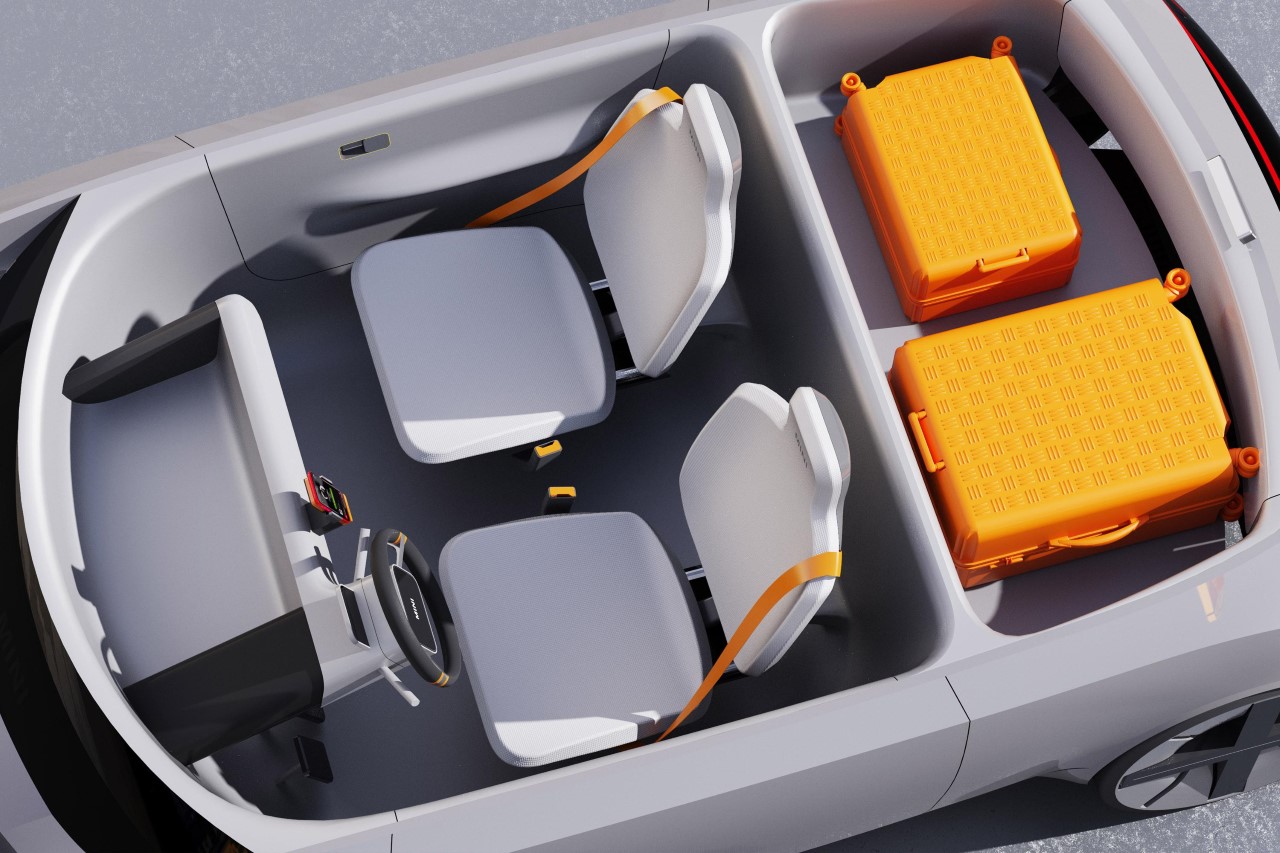 The car’s dashboard is incredibly minimal, with a two-spoke steering wheel, a small digital instrument cluster, and a smartphone dock attached to it. The car immediately recognizes the user based on the smartphone, working almost like an authentication device that then allows the car to customize its settings according to your preferences. Additionally, since the vehicle’s more suited for constant use (given its ride-sharing nature), it features a removable/replaceable battery, so the car doesn’t need any off-time for charging. 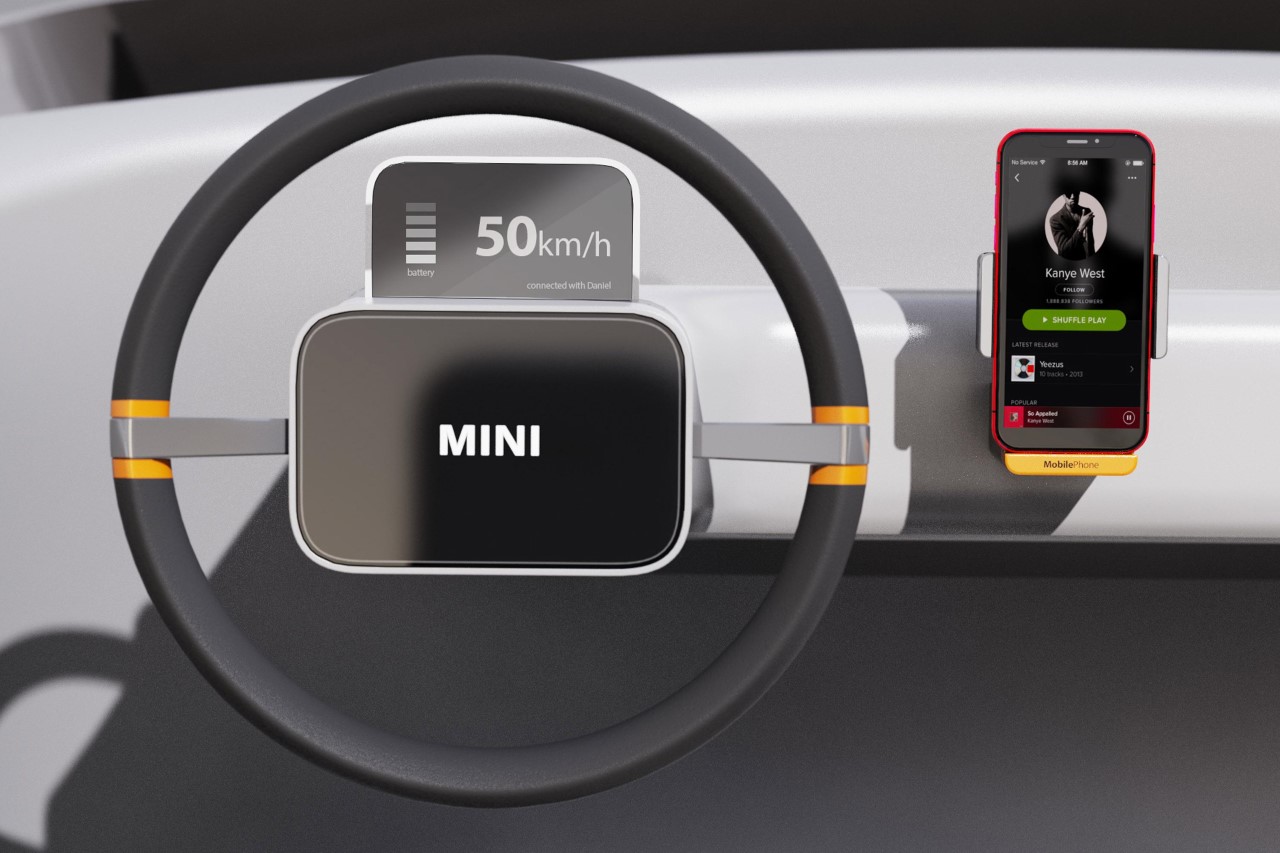 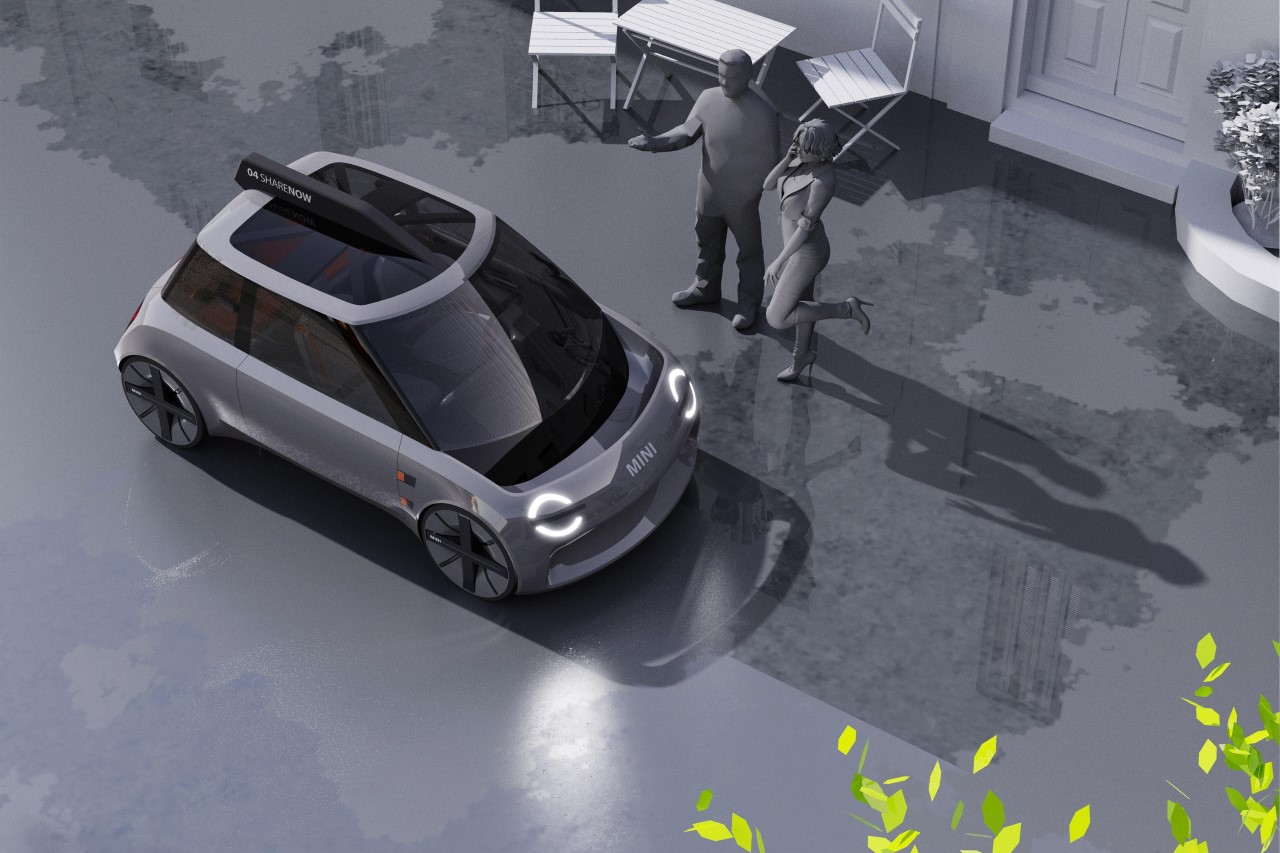 Only earlier in the month, Germany hit the headlines with their PostBOT automated postal delivery assistant – and now they’ve done it again. German transport…

A HEIMPLANET geodesic tent comes integrated in this 4WD electric truck to keep you adventure ready!

Well here you go! Revolve works, as most folks can figure it, just like an average exercise bike. It helps you exercise your legs, thighs,…