Easy on the eyes, wonderful to the touch… The Titanium INJECTOR Pen really ticks all the checkboxes. It’s durable, minimal-yet-eyecatching, has a wonderfully aesthetic pen-stand, and houses an incredibly smooth bolt-action mechanism that has the potential of becoming your favorite fidget-toy. In a world of styluses and on-screen keyboards, the Titanium INJECTOR Pen shows that nothing is more timeless and engaging than well-designed stationery!

The Titanium INJECTOR Pen sports an incredibly minimal design with a simple cylindrical construction, punctuated by the bolt-action mechanism which also prevents the cylindrical pen from rolling around. The innovative ‘Rapid-Bolt’ mechanism is an improvement on the status quo, with a much smoother deployment action that has an addictive fidget-like quality to it. The pen supports all Parker-style ink refills and comes entirely precision-machined from solid titanium, from the barrel to the inner components (with the exception of the spring), with no glue or plastic parts used in its assembly. This gives the Titanium INJECTOR Pen its unmatched durability and allows you to use the pen for decades at an end.

The pen’s eye-catching design highlights its intent – that it’s more than just your average writing tool… it’s craftsmanship bordering on sheer eye-candy. The simple cylindrical design has a raw appeal to it that shows wonderfully through in the pen’s ‘naked’ option, although you’ve got color-variants too, made possible using high-durability Cerakote coatings available in white, black, and a vivid orange, aptly titled ‘blaze’. The Titanium INJECTOR Pen’s other variants even include one with cm/inch markings engraved along the pen’s length, allowing it to be used as a measuring scale, and a rather interesting ‘silencer’ variant which features a series of gun barrel-inspired holes on the pen’s body, giving it a unique aesthetic along with a rather wonderful grip!

Each pen comes with a visually complementary minimal dock that makes it hover vertically on your tabletop like a flag-pole. The dock, which comes machined from titanium too, sits virtually flush against your tabletop, making it look as if your Titanium INJECTOR Pen is independently standing in place, waiting to be picked up! It even lets you nest the pen with the nib exposed, so you can pop it out and begin writing instantaneously… although there’s something to be said about going through the enjoyable experience of running your thumb across that gloriously smooth bolt-action mechanism! The Titanium INJECTOR Pen is available on Kickstarter for an early-bird price of $89, with an additional $15 if you want the Cerakote coating. Currently in their fabrication-phase, the pens begin shipping in October, and thanks to their all-titanium construction, should easily last you through a couple of decades, if not centuries! 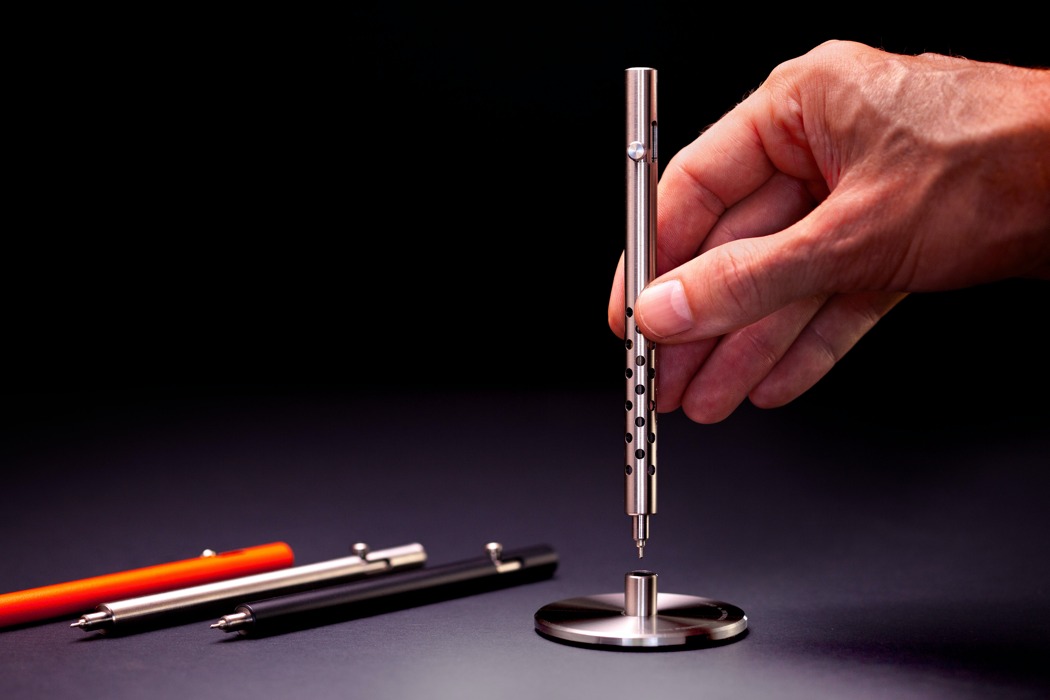 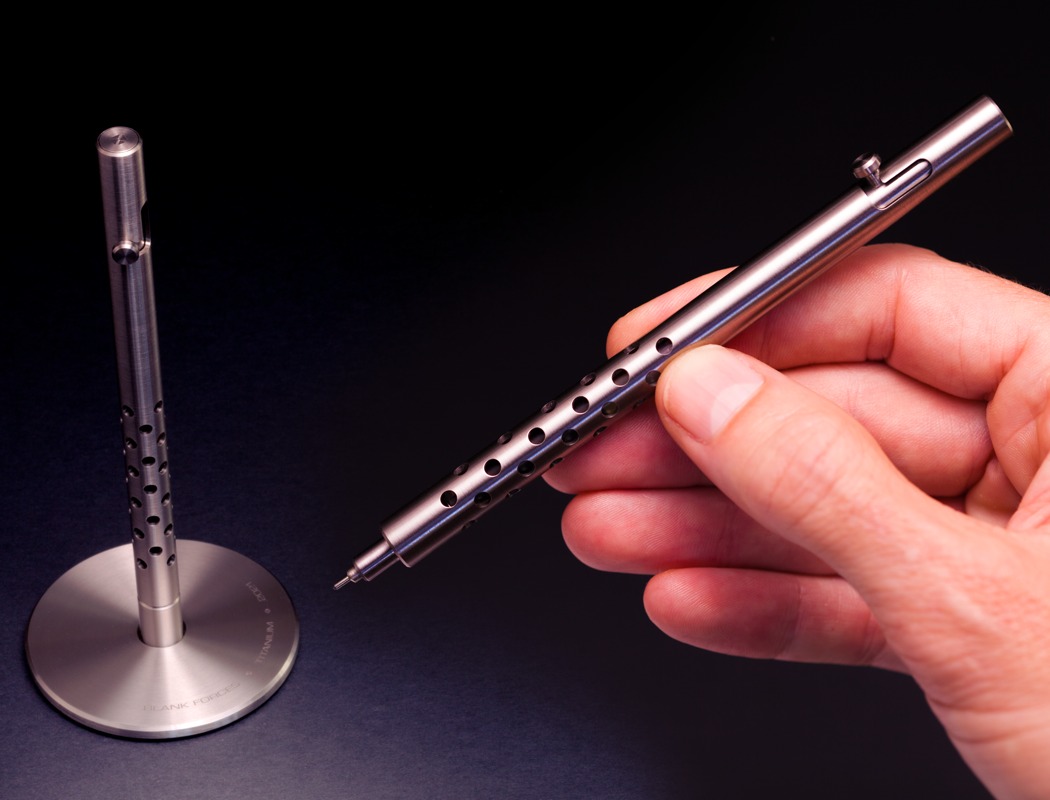 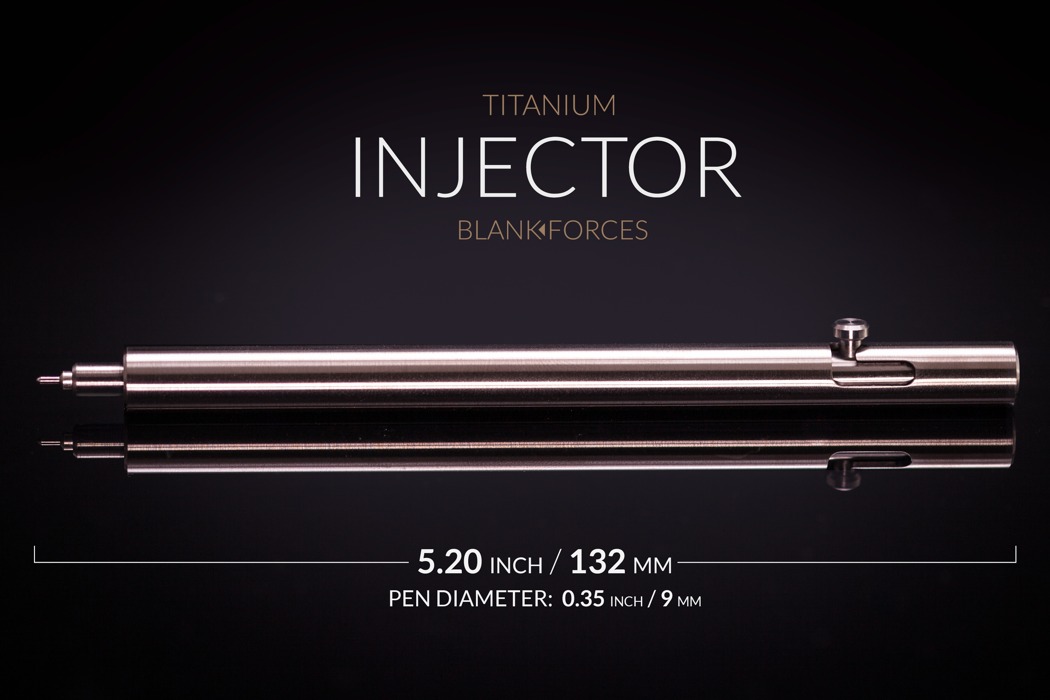 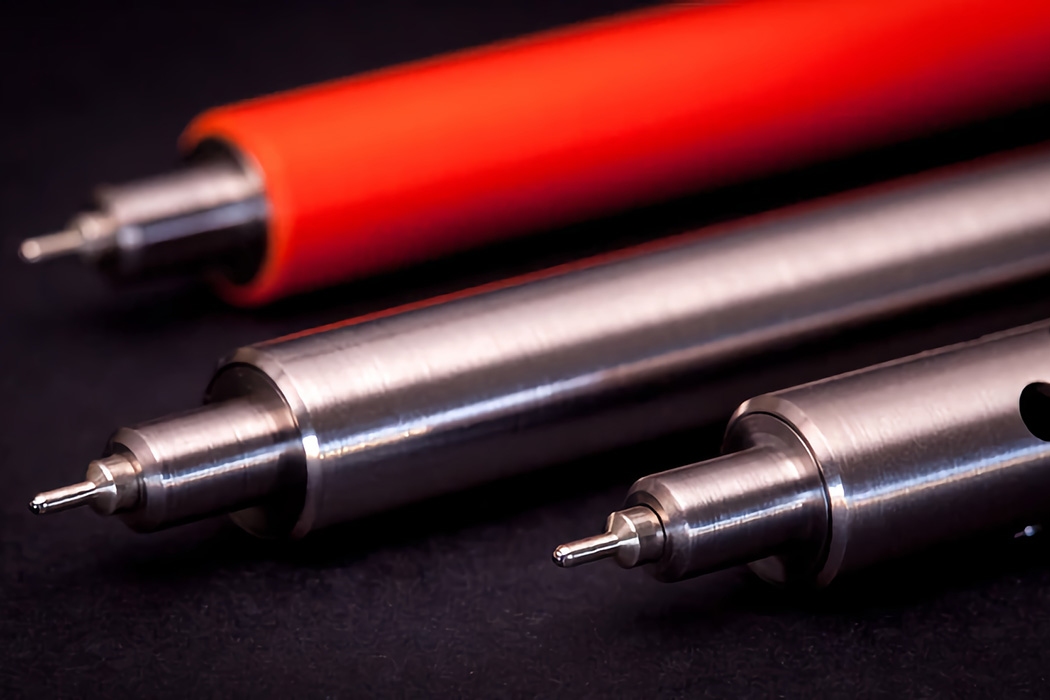 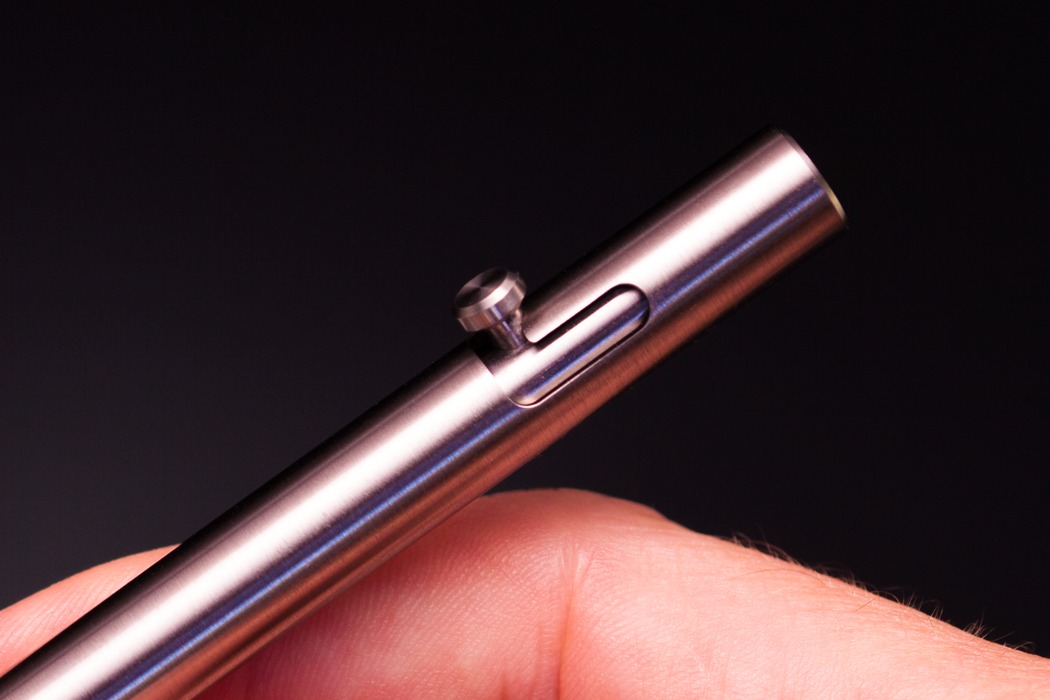 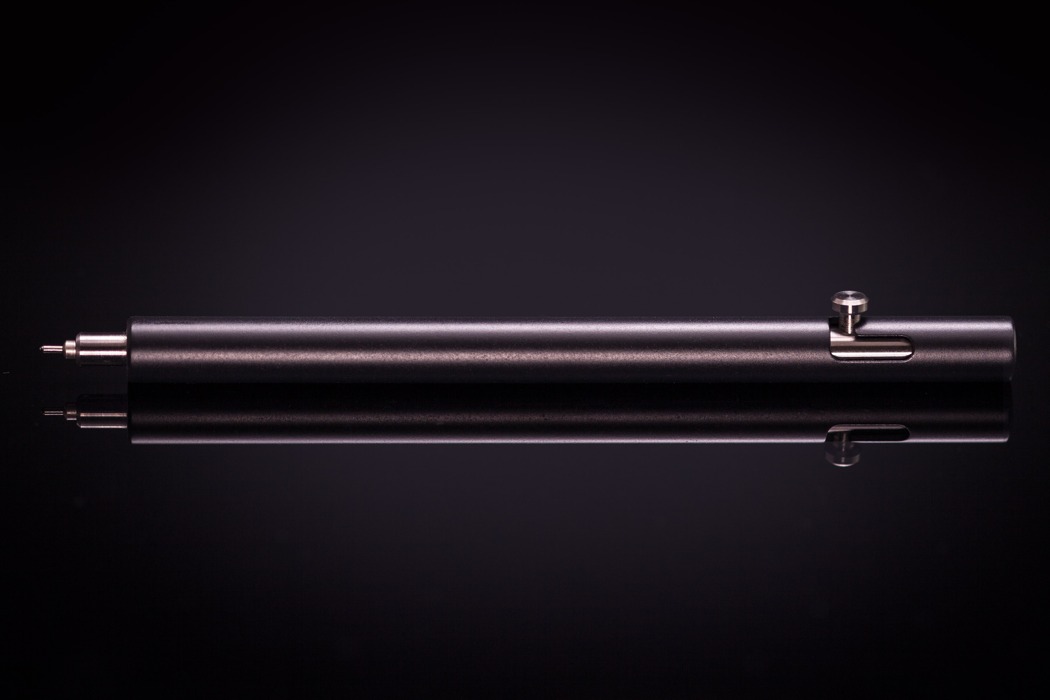 Cerakote is a high-performance, durable ceramic coating that was originally developed for the firearm industry to survive harsh treatment and environments. 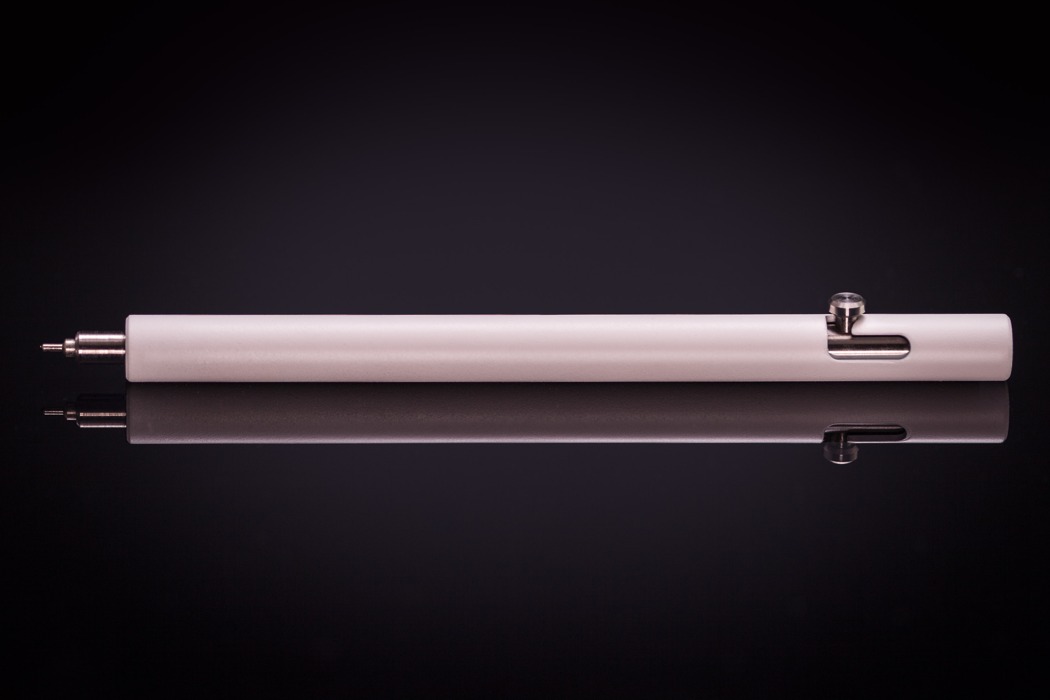 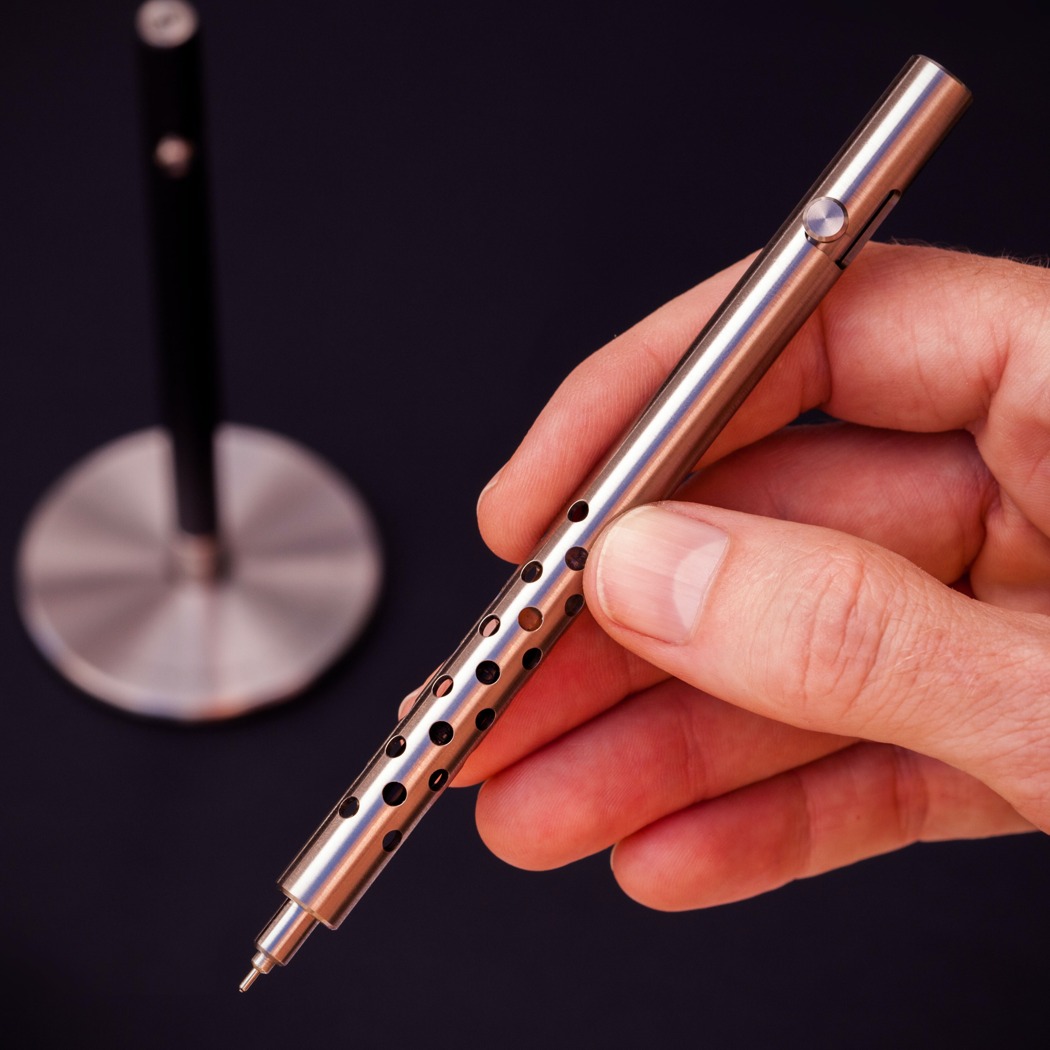 The hole pattern creates a distinctive look, reduces weight and allows you to see the pen’s inner workings. 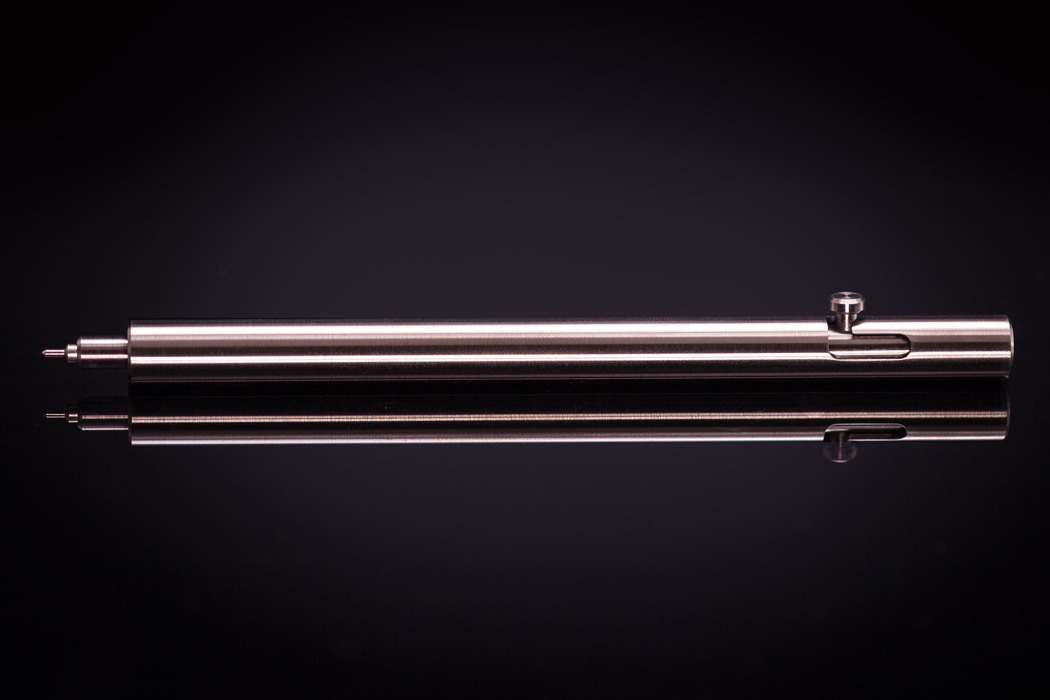 The Naked version is individually hand-finished to achieve a minimal look. 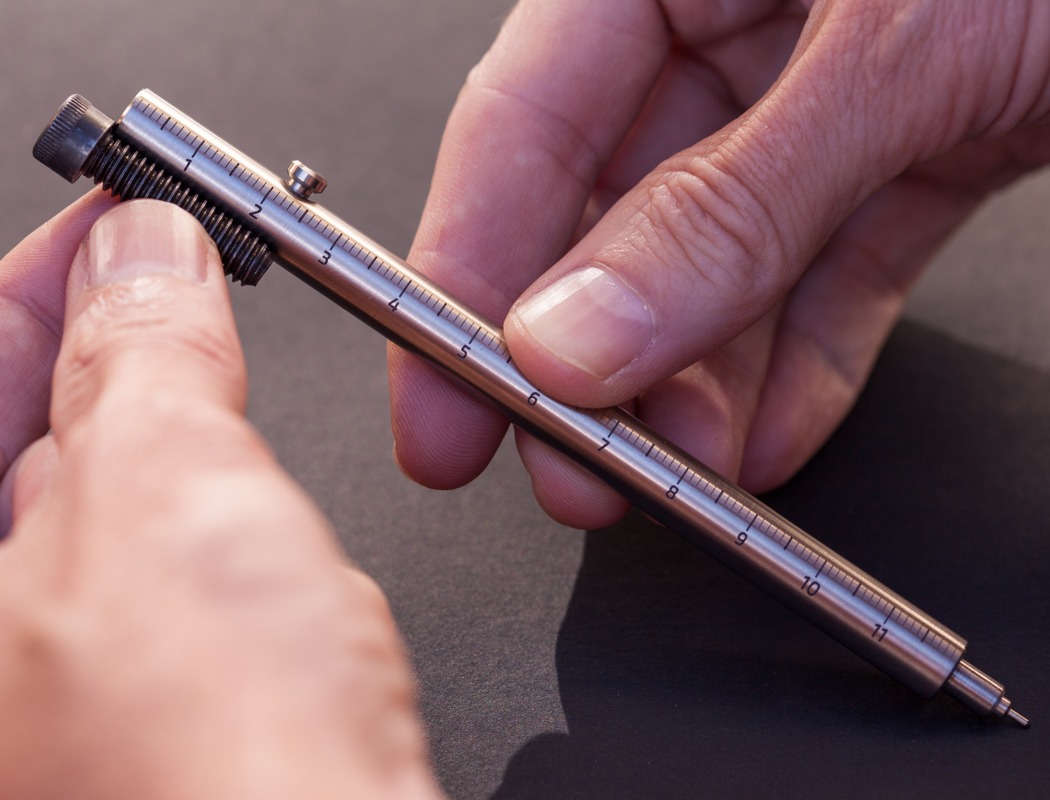 The engraving allows the ability to measure in both Inches or Millimeters, thereby adding some extra functionality to your pen. 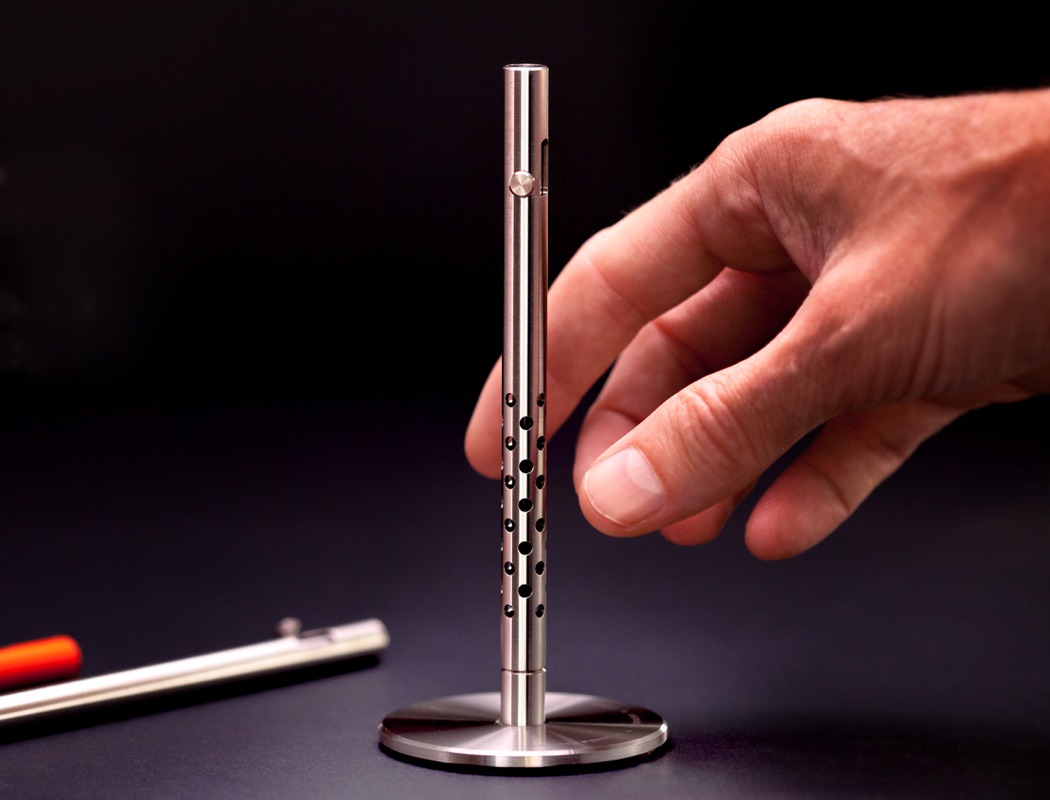 Display for your pen while also making it easy to locate when needed.

The Sand Glass is a new look at traffic lights. Surely people must be frustrated with the current design, which is why we have seen…

Kien is so cute!

Meet Kien, a flexible sound system that is making waves for being quite affordable. A project by three enterprising people – two Dutch brothers (Jorn…