Sony is probably the only company at the moment to be able to boast of having a robust camera as well as a burgeoning aerial-tech business. It’s preceded only by GoPro, which launched the Karma drone back in 2016 and discontinued it in 2018 after a very tepid response. GoPro’s cameras, however, are still some of the most popular payload options to add on existing drones, but that pales in comparison to what Sony is offering. Sony’s first drone, the Airpeak S1, is a large pro-level drone that is designed to carry a gimbal along with a full-size mirrorless Sony Camera. It expands what your existing camera is capable of, and essentially means your professional camera (and its lenses) can now take to the skies, capturing professional-grade image and video content. 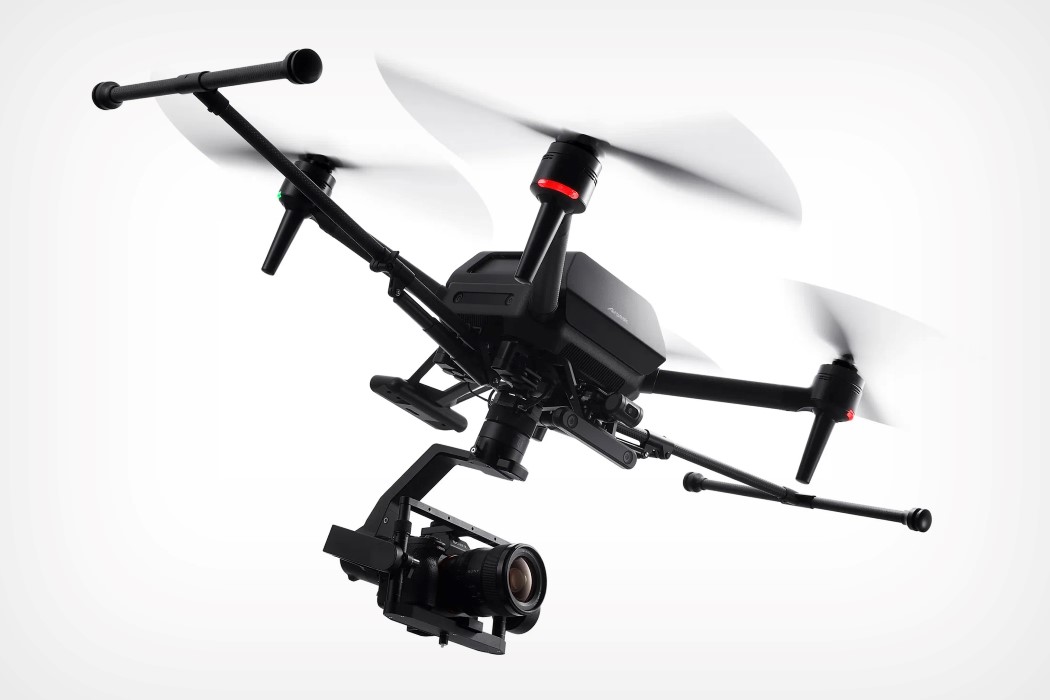 Make no mistake, the Airpeak S1 isn’t your average drone. It isn’t meant for FPV racing or for consumer-grade aerial shots like drones from DJI or Parrot. The Airpeak S1 is the kind of drone a high-budget photographer or cinematographer would use for taking film-grade shots. The drone comes built entirely by the folks at Sony, engineered to work seamlessly with a 3-axis gimbal and a host of Sony’s cameras, including the A1, A911, A7s111, A7RIV, and FX3 cameras, along with E-Mount lenses between 14mm and 85mm. 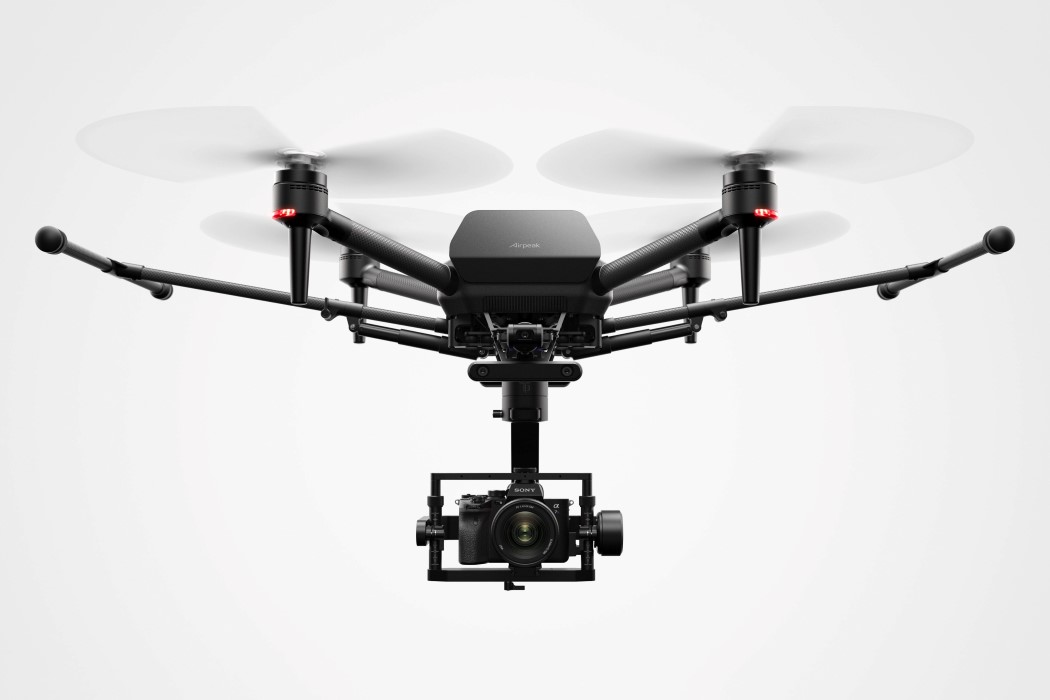 The Airpeak S1 is currently the smallest drone ever made to be able to carry a full-size camera. Measuring 644mm in total span, the drone’s most compelling features are its ability to go from 0-50mph in 3.5 seconds, and its stability and wind resistance, making it perfect for aerial shots no matter the weather… although those figures change with different cameras and lenses. According to Sony, the Airpeak can stay stable in winds of up to 44.7 miles per hour, a feat made possible by the 5 additional stereo cameras located on the drone that help it constantly optimize its performance, along with an infrared range-finder that actively helps it avoid obstacles. 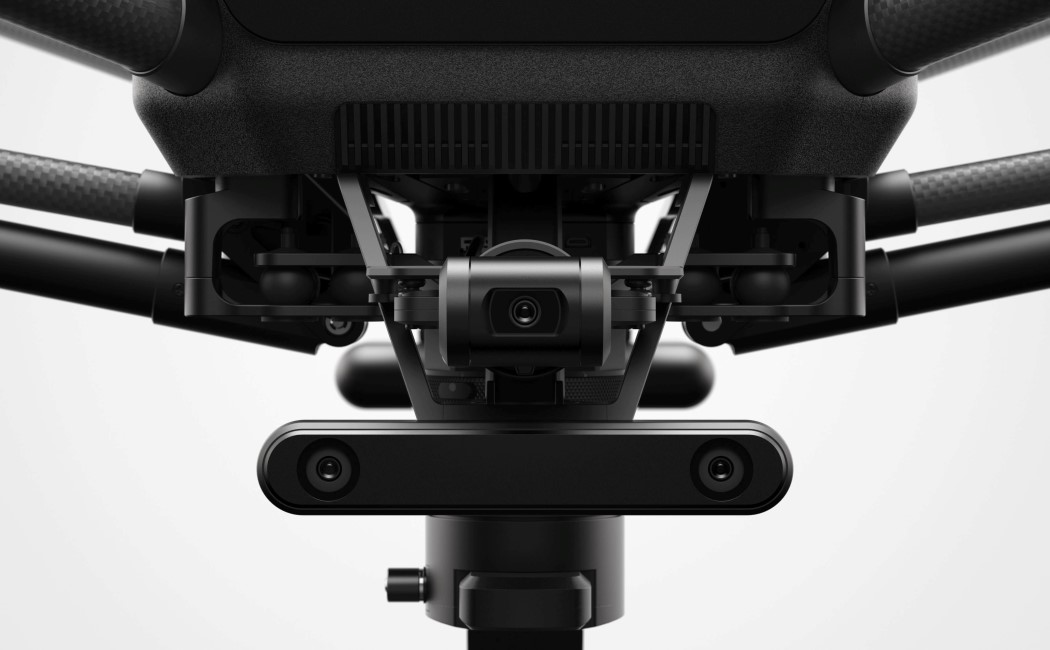 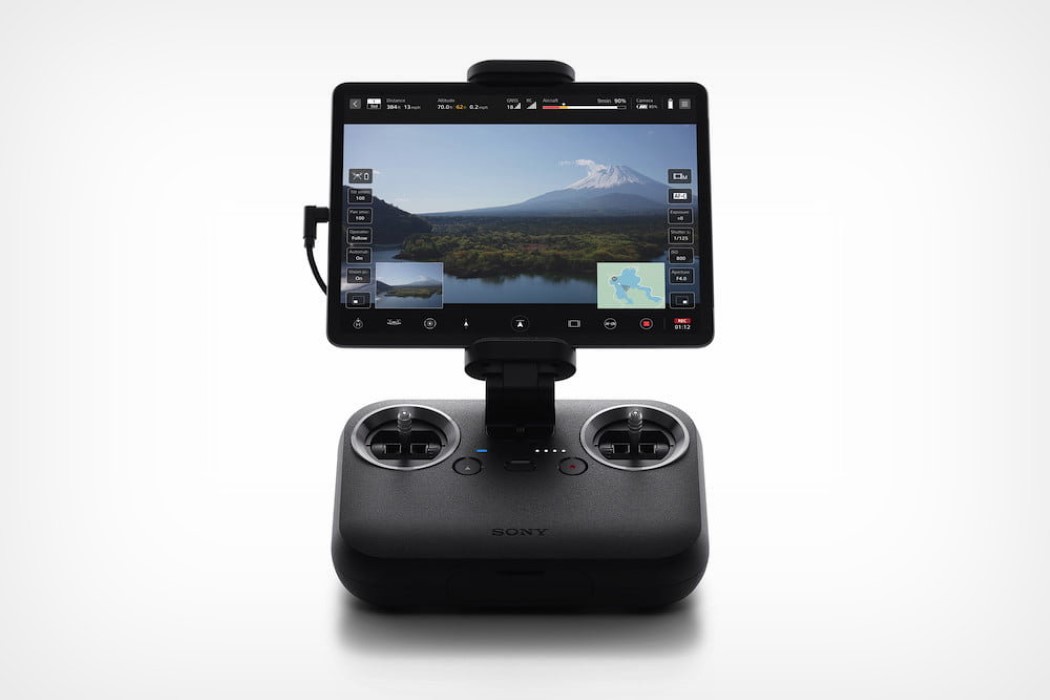 For now, the Airpeak S1 can either be controlled via its remote, or the Airpeak Flight app, which will be available later this year only for iOS devices. Sony has worked with drone gimbal experts at Gremsby to develop a bespoke 3-axis stabilizer for the Airpeak S1, although this will be available as an additional purchase. The drone and gimbal can both be controlled singularly by the remote that can hook up to an iPad for viewfinding purposes. Somewhere down the line, Sony will allow the drone and the gimbal to be operated independently (allowing one person to take on piloting activities while the other person oversees cinematography). While launching the drone, Sony also announced that it was working on a cloud-based app called Airpeak Base, that would let users plot automated flight routes and manage a fleet of Airpeak drones. 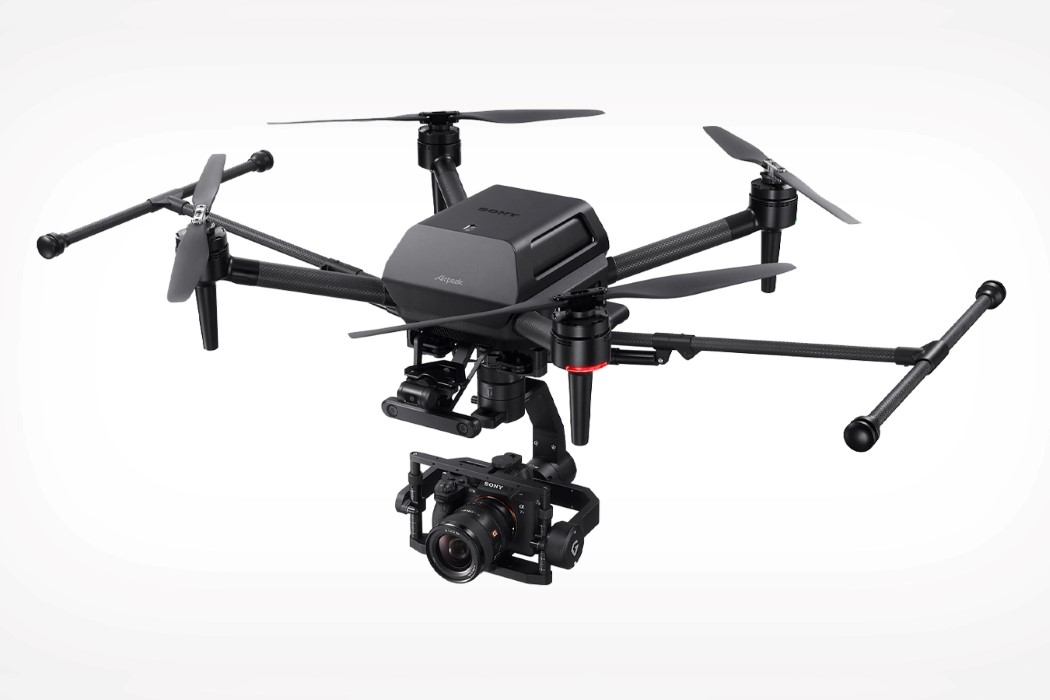 The Airpeak S1 currently exists as an incredibly niche product that’s made for professional use. Just the drone itself comes with a whopping $9,000 price tag (the gimbal and camera cost extra), which definitely puts it in a class of its own, but then again, the drone lets you mount 8K cameras on it along with a wide range of lenses. While this isn’t something that would probably excite consumers, it opens up an entirely new class of drones, which could one day even work with smartphones (imagine an Apple-branded drone that works with your iPhone 12 Pro).

Sony’s $9,000 drone will be made available at the end of this year – For that price tag, you’ll get the drone along with 2 batteries, a charger, and a remote. The Airpeak S1 still awaits approval from the FAA, although Sony’s even made it clear that the production and manufacturing of all the drone’s hardware is happening in Japan, in light of US legislation and controversies around all drones being manufactured in China. 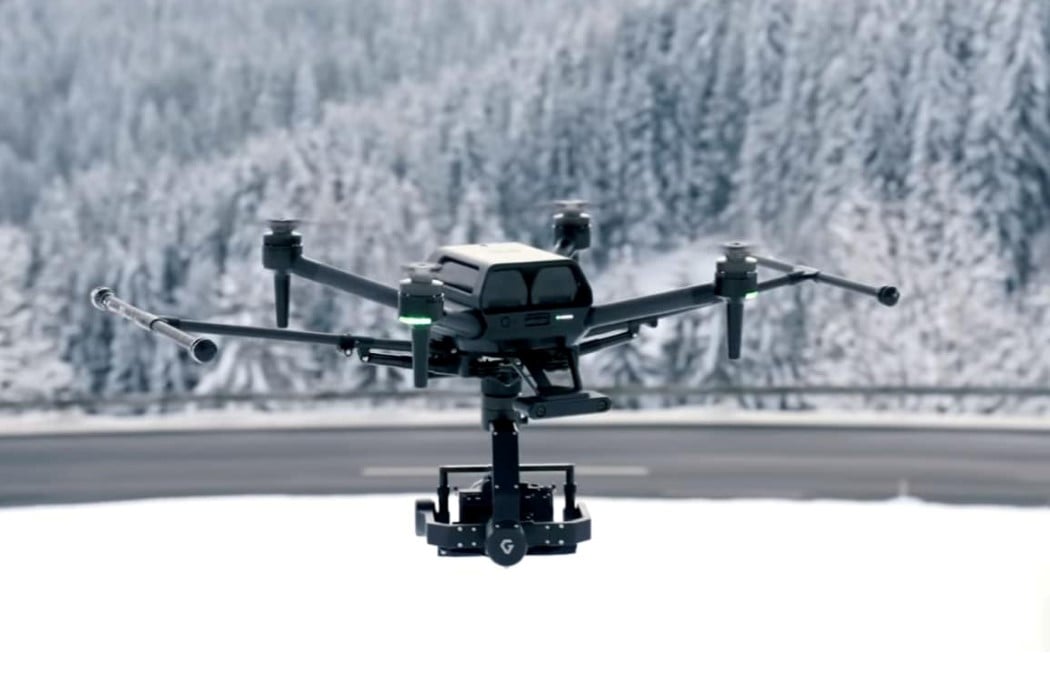 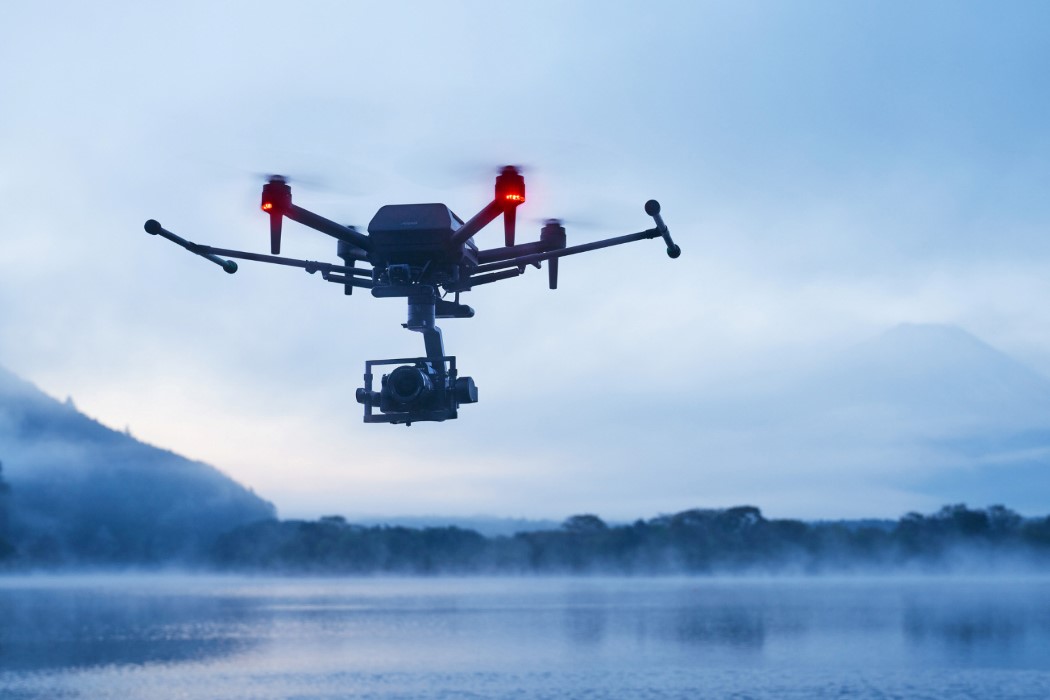 I don’t watch much anime, but I’m sure there’s an Airbender/DragonballZ reference you could throw in here! The O-Fan (named aptly) powers itself via MicroUSB…

This minimalistic ruler was inspired by explorers for the explorer within you!

Seeking inspiration in our usual confined office spaces can be quite a task. The monotony and mundaneness of it can affect even the most creative…

Measure and Mix in One

KÜMA – 15 is a combination mixer/scale designed to save space and time when you’re whipping up complex mixtures. Rather than weigh out ingredients one…

The Sukhtara is a modern reinterpretation of East India’s Ektara string instrument, whose origins date back a millennium. Musical instruments have helped characterize cultures for…