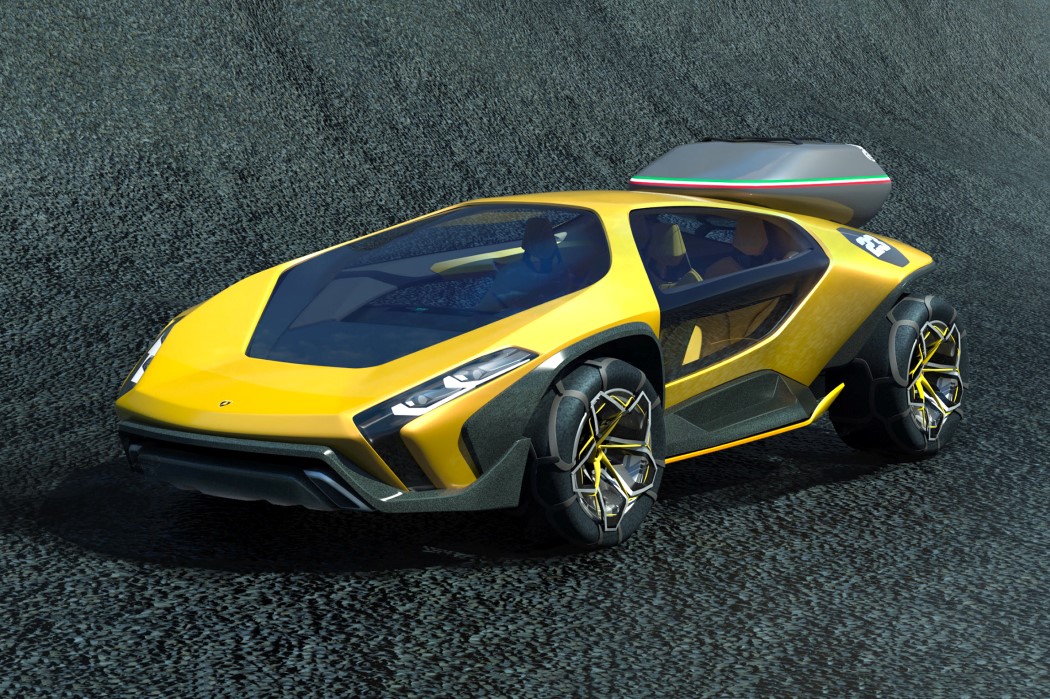 Rumor has it that Lamborghini is giving the Urus a significant facelift this year – its first since 2017 when the Urus was announced. I personally think the Urus is the kind of vehicle Lamborghini should openly embrace. After all, if your brand logo is a raging bull, why not create cars that embody that physically? Don’t get me wrong, their hypercars, if I may borrow a term from my generation, are certainly bae… but nothing says sheer unbridled power than a large vehicle with a larger-than-life presence. The Urus, to a degree, embodied that; and the Lamborghini Marzal wears that distinction proudly on its sleeve too. Meet the Marzal a conceptual off-roader designed to be just about as brutish and powerful as the ‘fighting bull’ brand it represents! 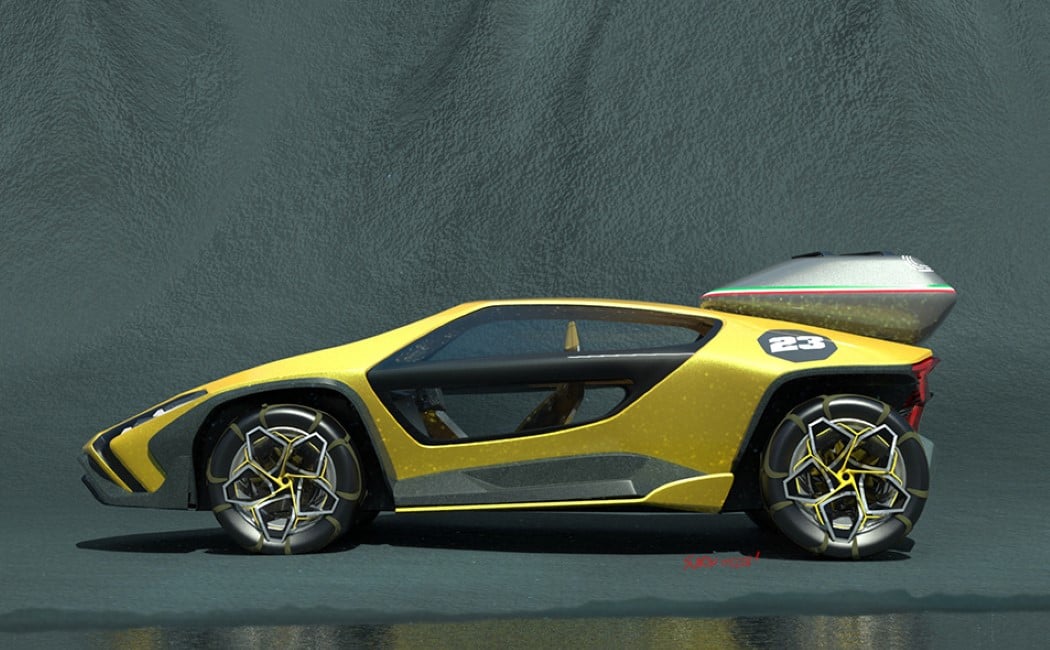 It isn’t like Lamborghini hasn’t built off-road vehicles before. The company was literally established as a tractor manufacturer before evolving into and embracing its racecar DNA. Designed by Parisian designer Andrej Suchov using Gravity Sketch, the Marzal concept is a confluence of sorts, created to be a vehicle that can shine on the tarmac but isn’t scared of leaving its comfort zone to dominate rough terrain.

Its profile certainly captures the signature Lamborghini silhouette, with its iconic wedge-shaped design… however with higher ground clearance, a larger rear, and bigger tires designed to handle rough roads. It’s quite rare to see a Lamborghini with a rear windshield, and the Marzal boasts of that too, although it does get blocked when you include the storage unit. With its aggressive design styling and that iconic yellow color, the Marzal looks every bit like something Lamborghini would make – a testament to the company’s strong visual language. It also sports a rather interesting Y-shaped taillight, often seen in Lamborghinis, but not like this. In the case of the Marzal, the Y-shape is a prominent, defining feature on the rear, and I personally think it gives the vehicle character. 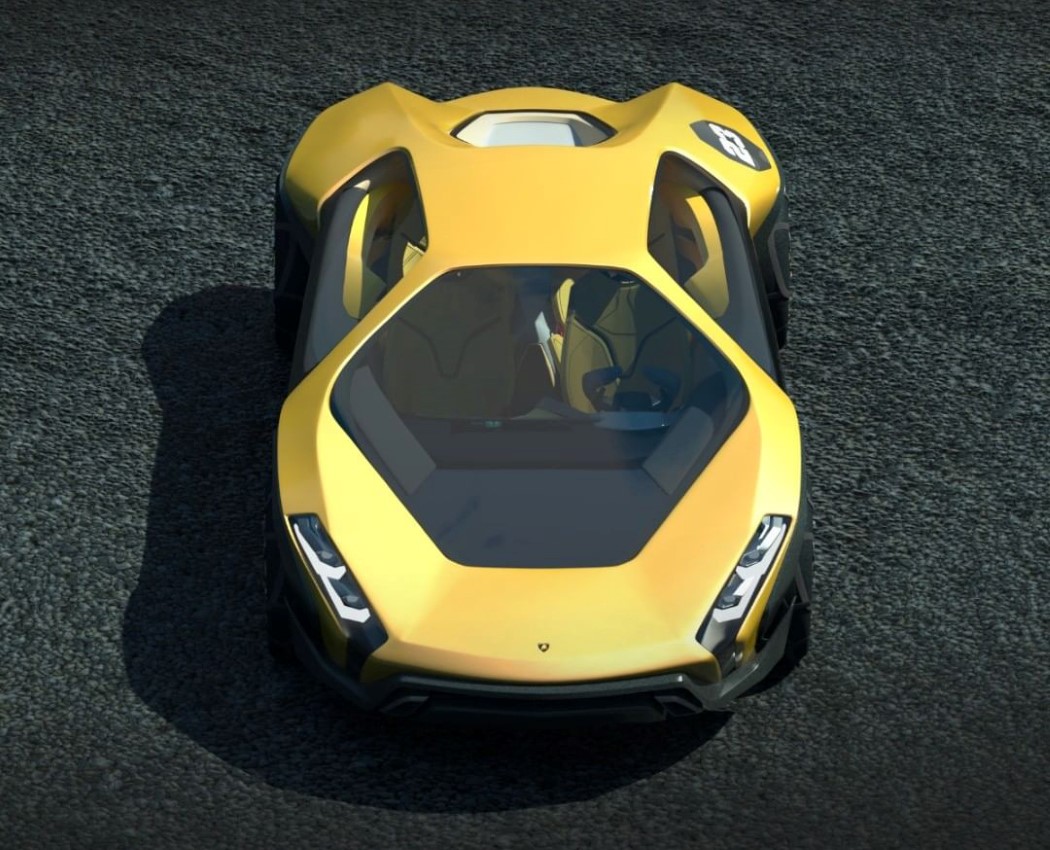 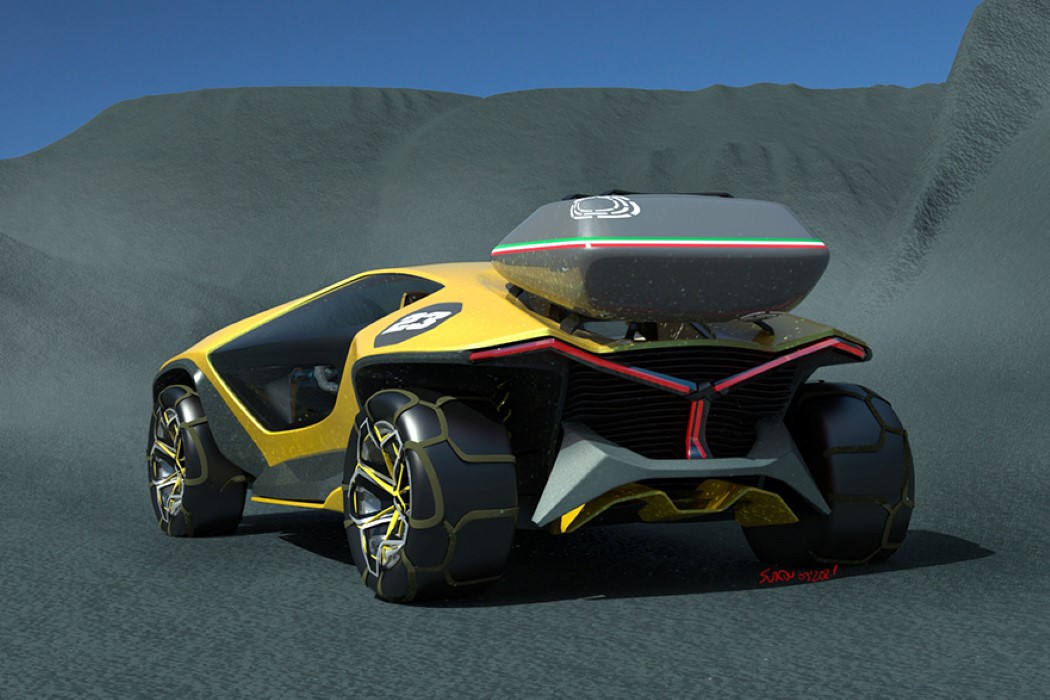 Part slick supercar, part all-terrain vehicle, the Marzal definitely is a hybrid, but looks quite comfortable in its skin. It boasts of a hexagonal windscreen that extends into the hood, and rather unusual doors that curve upward into the roof and don’t really come with any pillars. Rather, there’s a horizontal bar running through the door that I can’t help but attribute to the designer’s creative license. On the inside, the car seats four – with yellow leather-clad carbon-fiber seats. The driver, however, gets the best experience with an incredibly stylish cockpit outfitted with a neat sporty steering wheel. 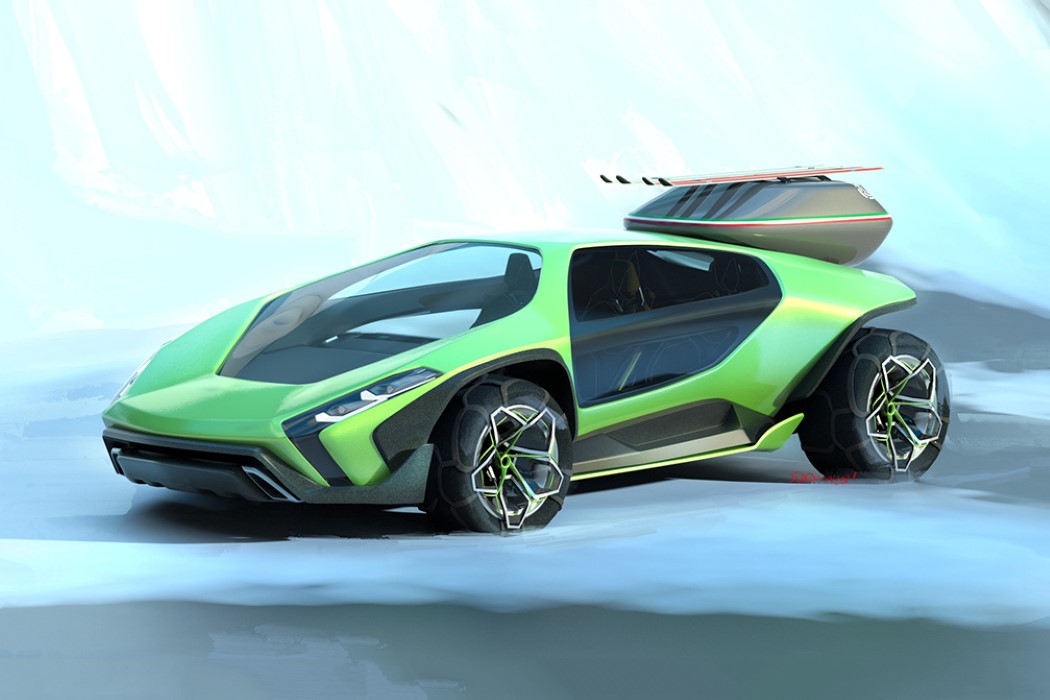 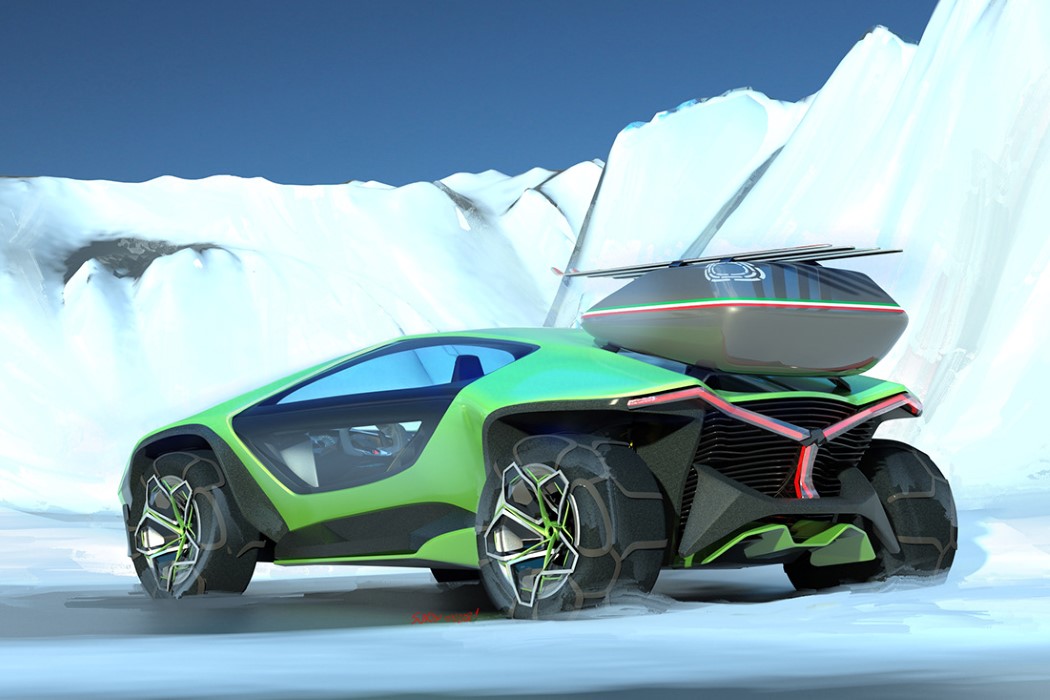 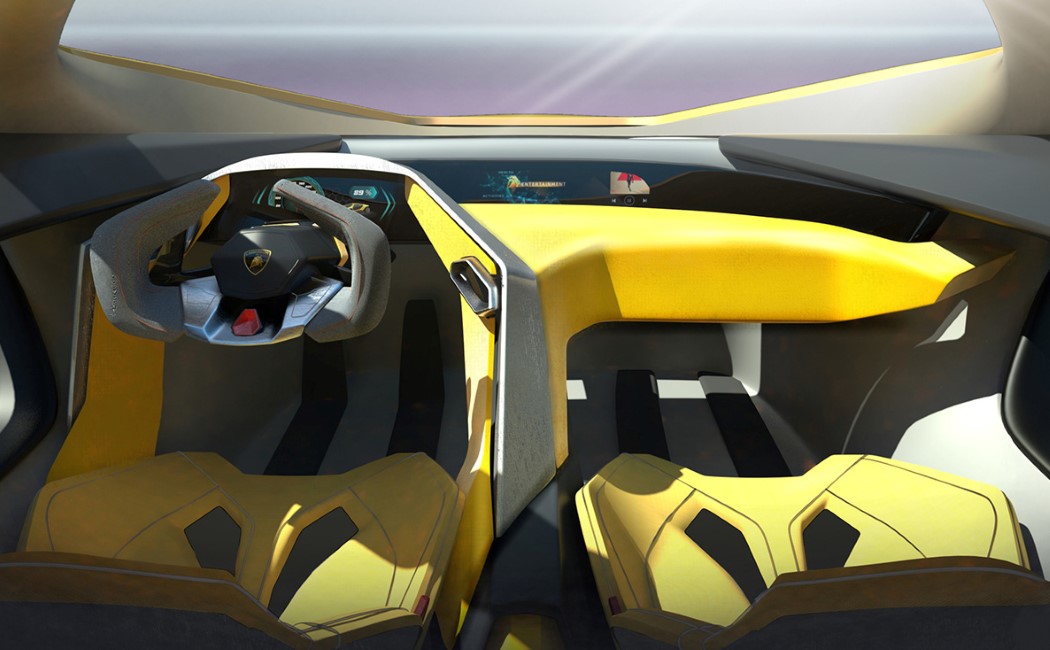 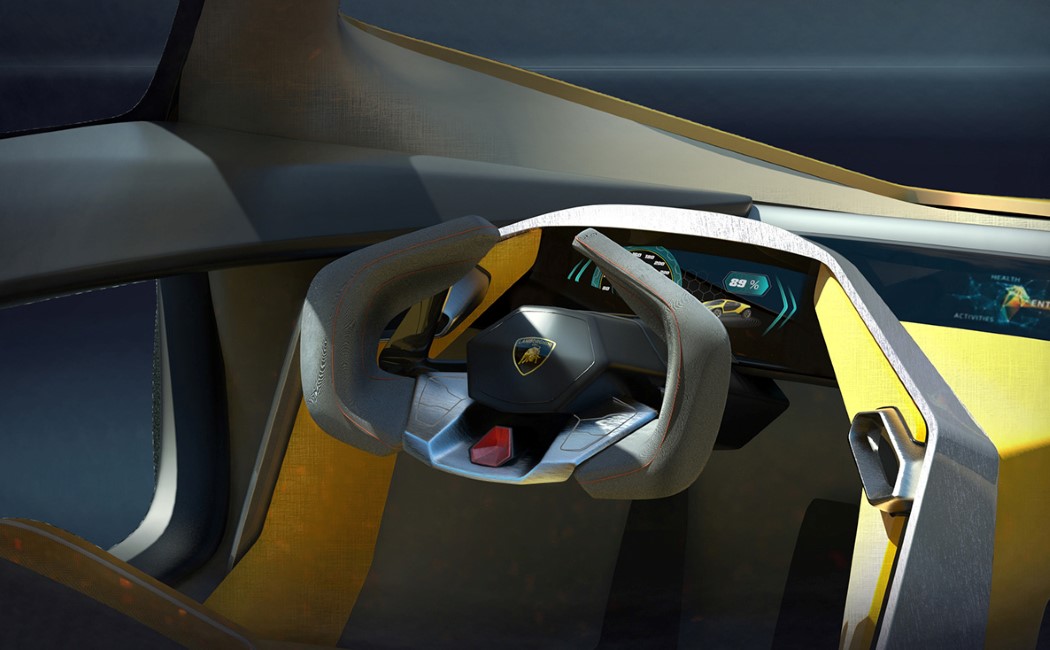 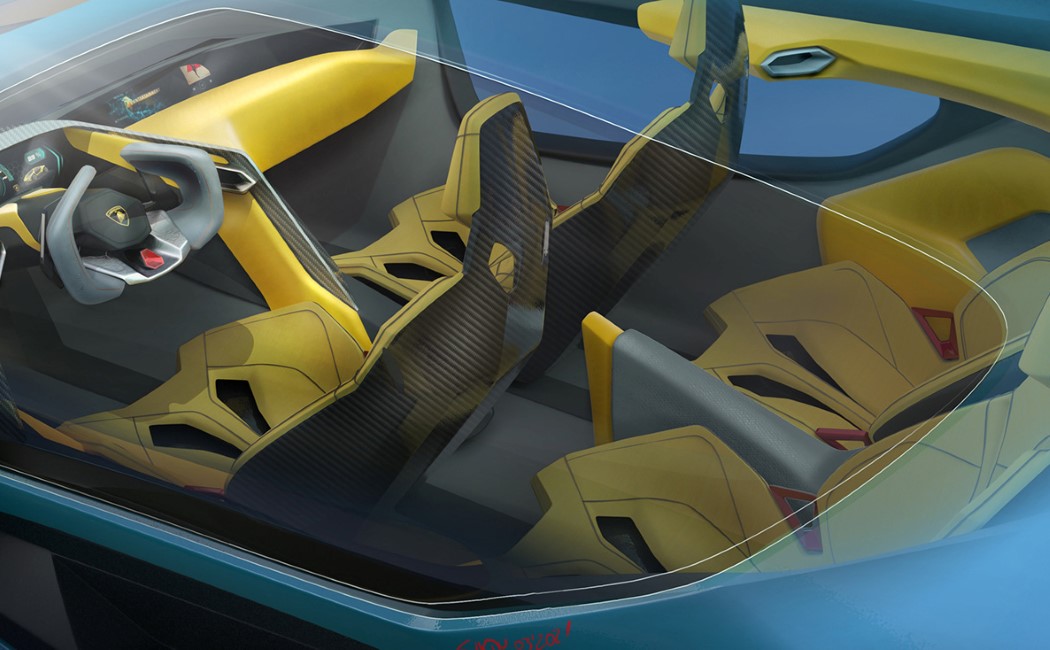 Rock and Roll Skimmin’ in Asia

Dubai is a city on the grow. It hit a kind of lull when the global economic fart happened a couple years ago, but they’re…

Those fun loving Greeks are at it again. First there was naked wrestling with invading Persians, now the Greek design team known as “GREECE IS…

If you also think pop-up pickup toppers are beginning to look pretty much the same, this unique offering by Rossmönster will change your opinion, urging…