All you need is some determination, some skill, and some time to kill… Meet RallyHoops, a new kind of sport that combines the thrill of basketball with the team size and fundamentals of volleyball. This addictive amalgam of two high-adrenaline sports was made to be easy to travel with and set up anywhere, without requiring large poles, nets, or any major infrastructure.

At the center of the game is a two-tiered hoop system that fits right into a cushion-sized case you can easily stash in the boot of your car. Quite reminiscent of the hoops you’d see in a game of Quidditch, these sit horizontally and are stacked one above another. A small ball is dunked into them to score points, however, in a volleyball-style fashion. Two teams of two players each stand diagonally to each other. Each team takes turns to dunk the ball into the hoop, but must do so in just 3 hand-taps. One person serves, the other person sets up the shot, and the server gets a final chance to tap the ball into the hoop. Bag the lower hoop for 2 points, or the upper for 3 points, and if you’re skilled enough to make a shot through both hoops that gets you 5 points. After your turn, the other team gets a shot. These short-termed rallies make up the game, and at the end when one team scores 21 points, the losing team gets a last-ditch effort to recover their chances with two final basketball-like shots (one per player). This is where the tiered hoops become interesting because a successful shot can deduct points from the winning team. A shot on the lower hoop deducts 3 points, while a dunk on the upper hoop deducts 5. If by some sheer stroke of luck or genius you manage to shoot the ball in both the hoops, the winning team loses 10 points off their final score.

The RallyHoops setup fits right into a briefcase that you can carry around with you, as it weighs only 14 pounds. The briefcase opens into two halves, becoming the base for the hoop stands, while everything you need is right on the inside, i.e., two retractable poles, four hoops, nets, a ball pump, and one RallyHoops ball. The patent-pending sport was conceptualized by 4 brothers during a charity WIFFLE ball tournament, and its first working prototype designed just two weeks later. It takes the best parts from multiple sports, combining everything in one entertaining and addictive game that can be played practically anywhere you want. Oh, and if you want to spice things up further, put a broom between your legs and pretend like you’re playing Quidditch! 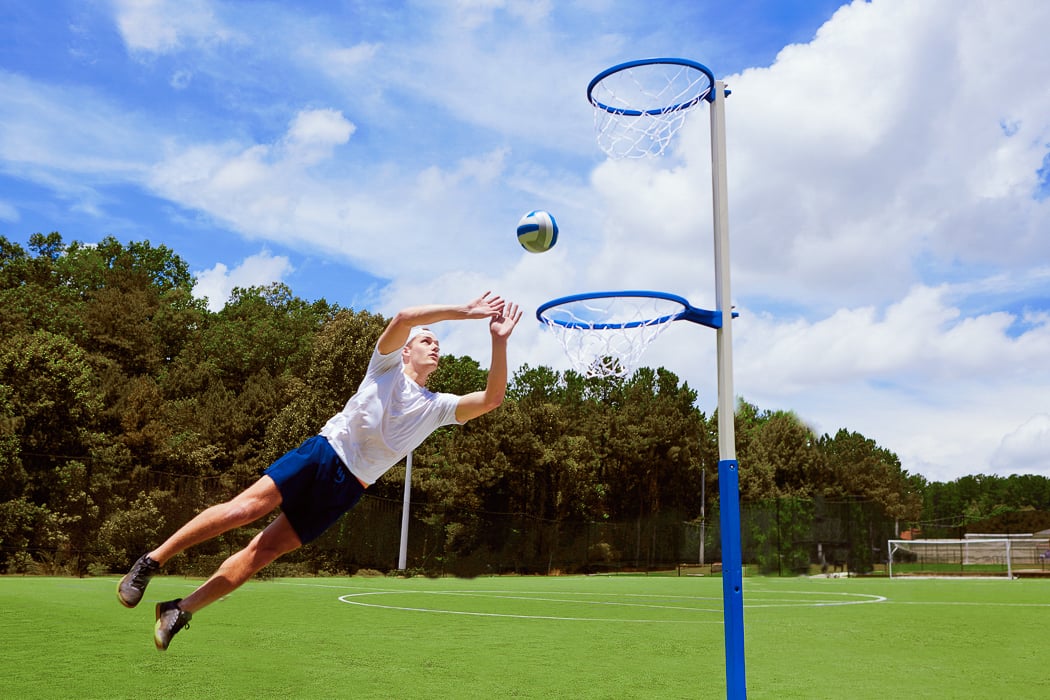 RallyHoops blends volleyball and basketball to create a portable sports game that can be played anywhere – from the beach to concrete.

RallyHoops is a fast-paced, four-player (2 v. 2) game that is quick to set up, easy to grasp, yet difficult to master. Their full-court game is played with two different-sized hoops on each side of the court. 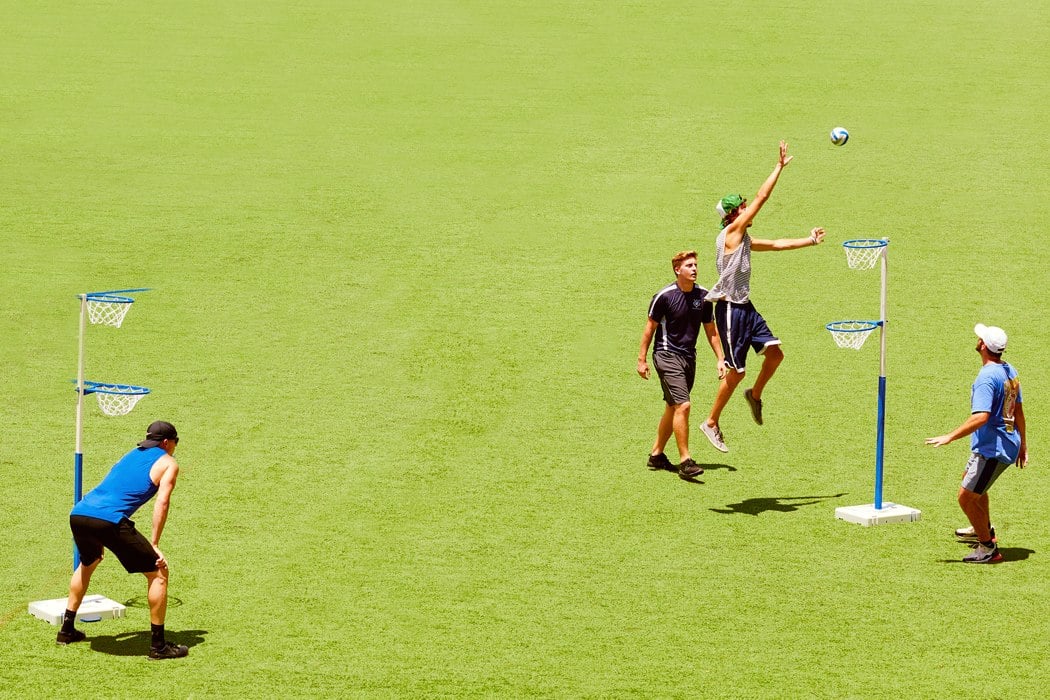 There are different scoring options, depending on who scores in which hoop, but a team has no more than 3 hits per team rally. Games are played to 21 points. 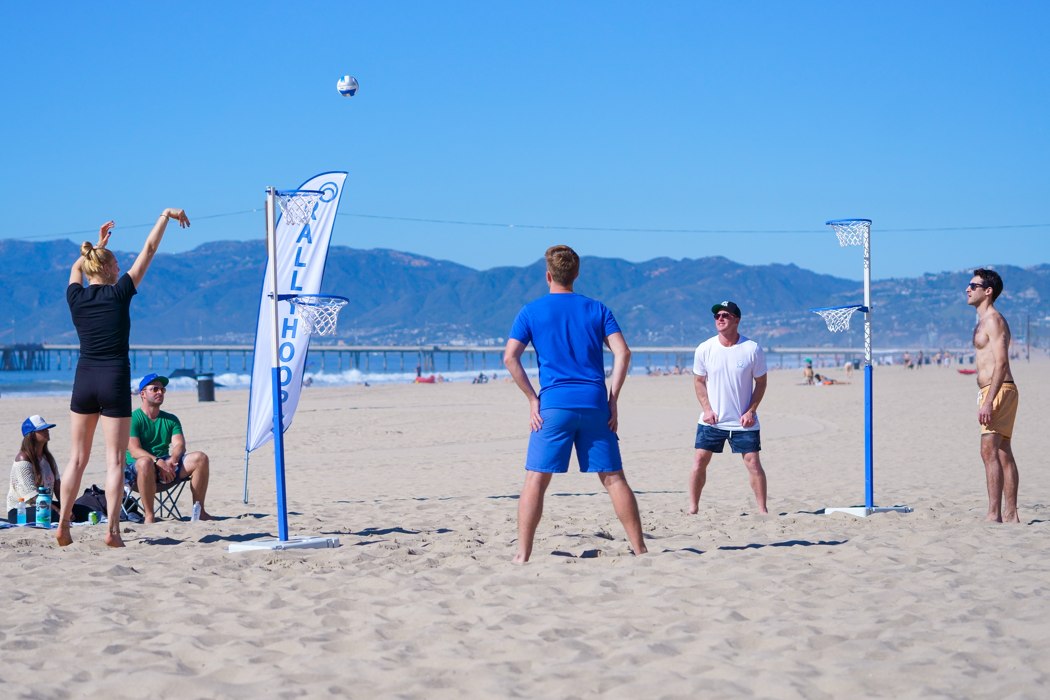 – Lay the RallyHoops set on the ground and unhook the silicone bands from the bases
– Remove the 4 hoops and 2 poles
– Press the buttons located on the bottom of the pole and insert it into the top of base; do the same with your second pole and base
– Slide the inner pole up until you hear a “click” for our standard(6’/4′) height and a second click for our advanced (7’/5′) height

– Once both units are assembled, separate each pole to your desired playing distance
– 15′ for beginner or casual play
– 20′ for standard play
– 25′ for advanced play

– A regulation game is 2 v. 2
– Teammates are on opposite diagonals sides
– Games are played to exactly 21 points

– The Server begins a rally by hitting the ball to their partner, the Setter
– The Setter can then set the ball up, volleyball style, to the Server
– The Server can run up and score into the bottom hoop, top hoop or both hoops
– Bottom Hoop = 2 points
– Top Hoop = 3 points
– Both Hoops = 5 points

– The inside of the box is outlined for the orientation of the large and small hoops
– The large hoop snaps into the base clips, followed by the small hoop
– Place the ball on the cradle inside the base
– The poles then lock into tabs on the base indents
– Close the two halves together and lock all 4 bands 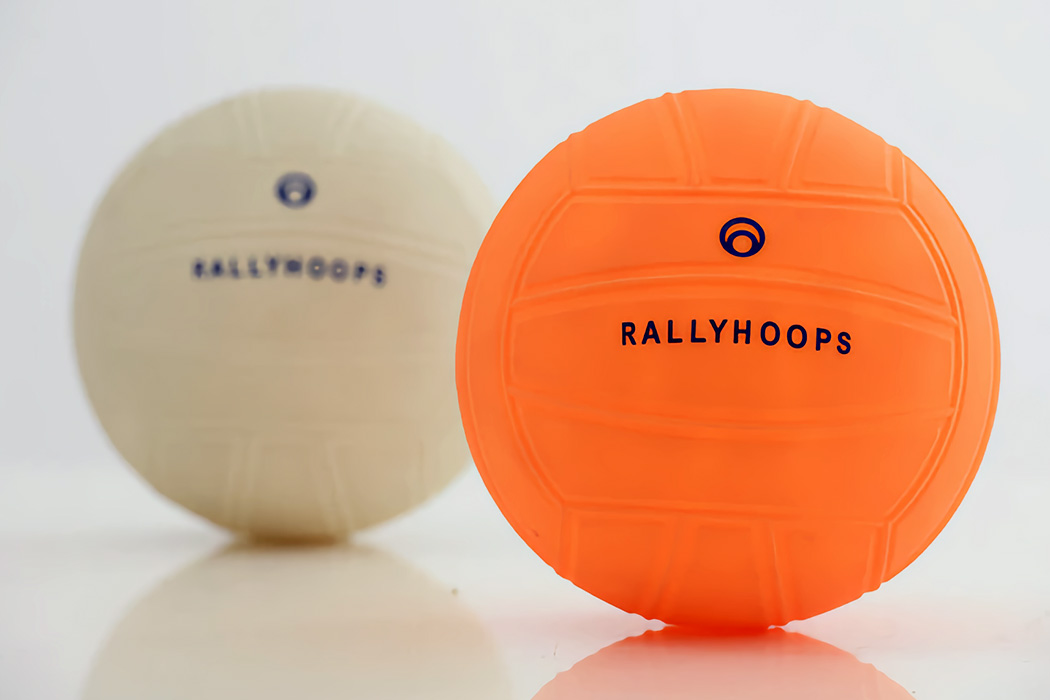 The official RallyHoops™ ball has a 6″ inch diameter with an original, durable, and sleek design. 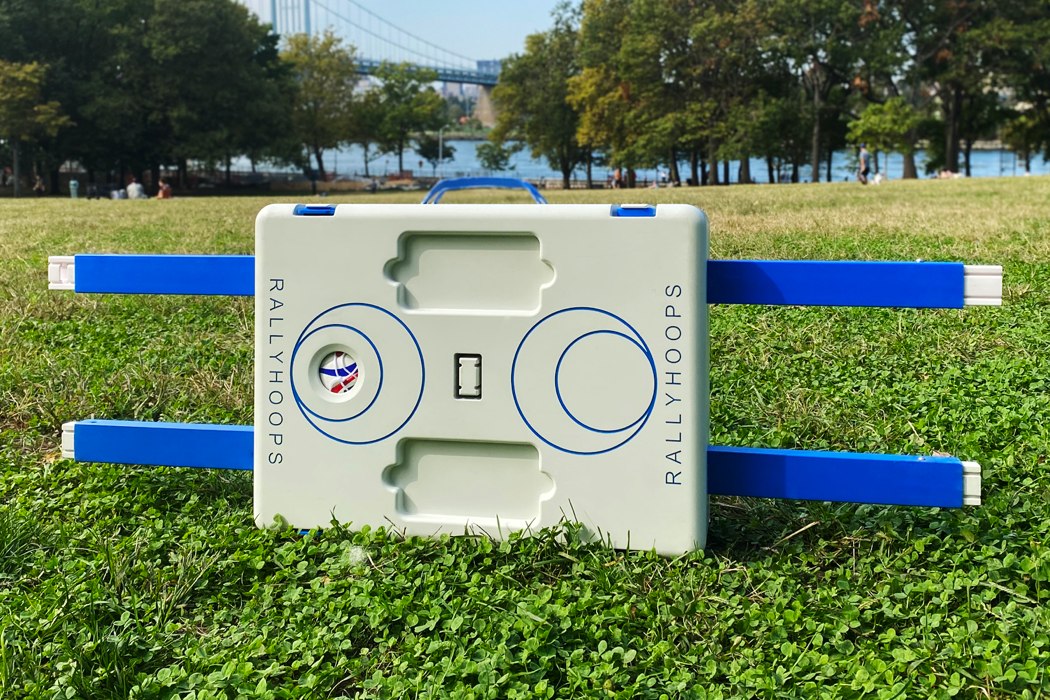 The most beautiful looking VR headset

Look at any VR device head-on and you’ll notice something. They look TERRIBLE. They don’t look like they’re designed for the human face. Flip that…

The Exocet is a perfectly compact, handy EDC with a built-in money clip for all your everyday needs

With a tiny 1.94-inch blade, the Microtech Exocet Dagger is actually legal to carry in most states, making it the perfect EDC to have on…

The title of this post says it all, headlights on your shoe. Pioneer is a concept shoe that coverts kinetic walking energy into electrical energy….