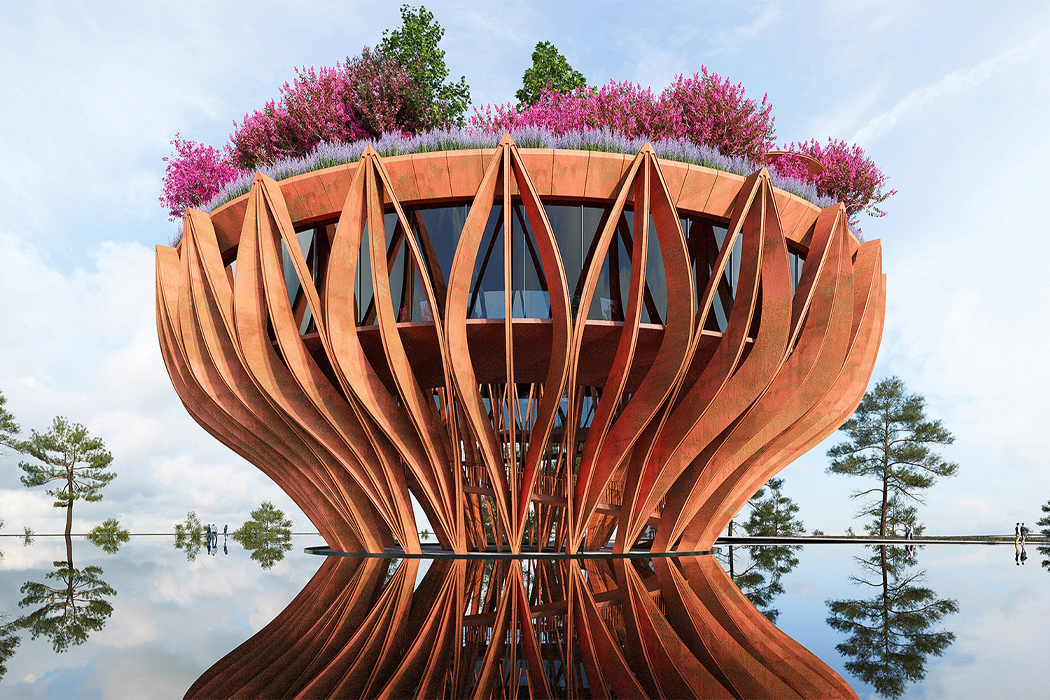 Sweeping the city in a sea of clouds, Da Lat is considered one of Vietnam’s most romantic cities and named to suggest, “City of Eternal Spring.” Year-round, clouds cover the majority of Da Lat’s landscape and enhance the city’s elusive charm, giving rise to unique, quirky, and statement architectural structures. Conceived and built by VHA Architects, Flowers of Clouds or The Tower Flower is one such observation tower and garden space that blossoms above the city bringing travelers and residents to the top of the clouds for a bird’s eye view of the city below.

Characterized by its rolling hills coated with pine trees, marigold, and mimosa flowers, Da Lat’s distinct beauty is singular. The Tower Flower, an observation tower molded into the shape of a flower in the early stages of blooming, sings an ode to those rolling hills of Da Lat with terrace gardens and biophilic design principles. Designed to be a coffee boutique bar as part of a larger resort complex, The Tower Flower’s spherical frame features facades that mimic flowers blooming with rich orange corten steel modules that form the structure’s large petals.

Twisting throughout the building’s interior, a winding ramp emulates the flow and curve of a river to allow the surrounding landscape and interior garden to gradually appear to each guest and visitor. Inside the coffee boutique bar, visitors and residents can enjoy views of the surrounding landscape as well as the structure’s interior garden that pays tribute to the Lotus flower, the symbol for pure beauty in Buddhism.

The Tower Flower is supported by a steel frame structure and reinforced concrete to ensure the structure’s stability and longevity. Perched atop the clouds at a height of 600m2, The Tower Flower’s roof terrace also features a flourishing garden that overflows from the roof. Hanging over the structure’s rim and merging with the clouds, the thriving garden creates a striking colorful display against the city’s optic white moat of clouds. 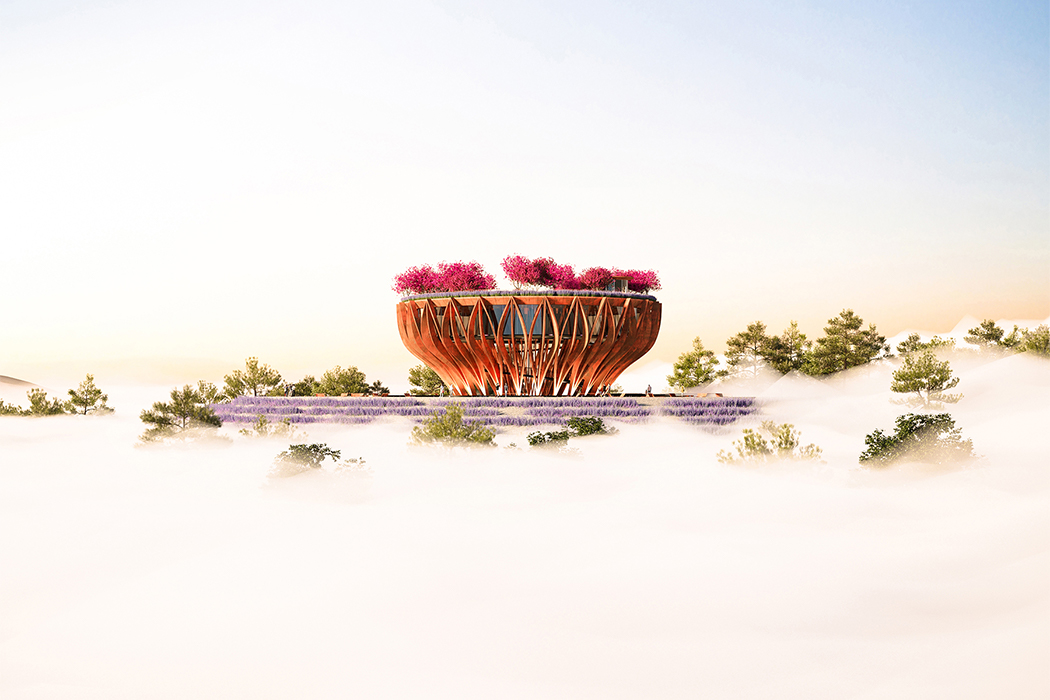 Swept over in clouds, Da Lat’s foggy landscape lends itself beautifully to unique architectural structures that pay tribute to the land. 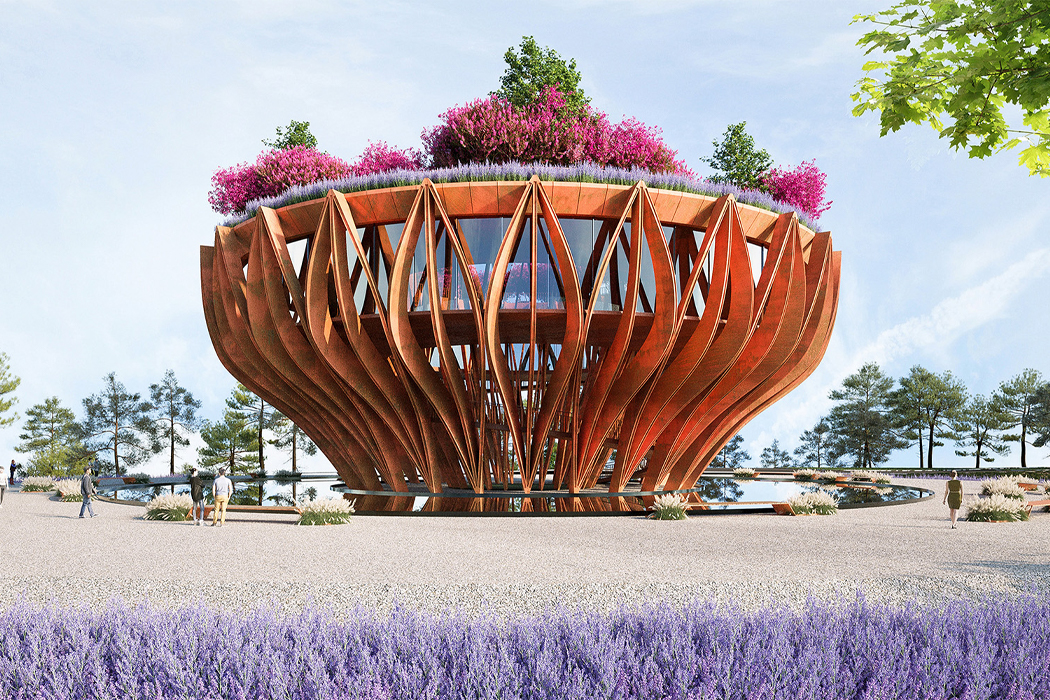 Stationed atop a surrounding water moat, The Tower Flower blossoms as a lotus flower would on a still pond. 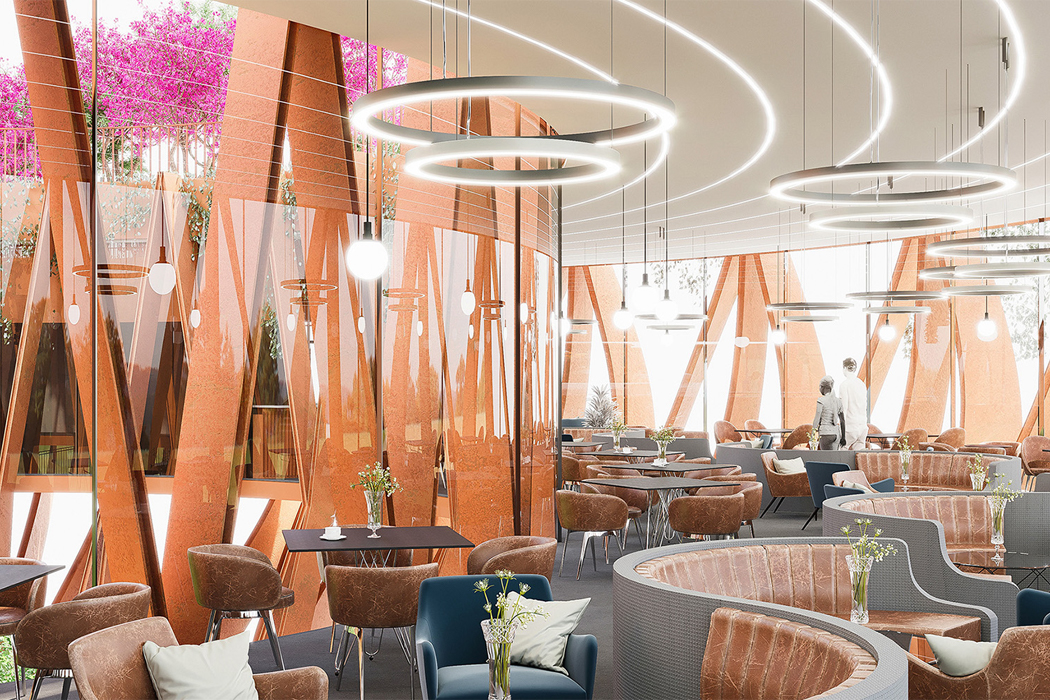 Inside the building’s coffee boutique bar, guests can enjoy views of the surrounding landscape and interior garden. 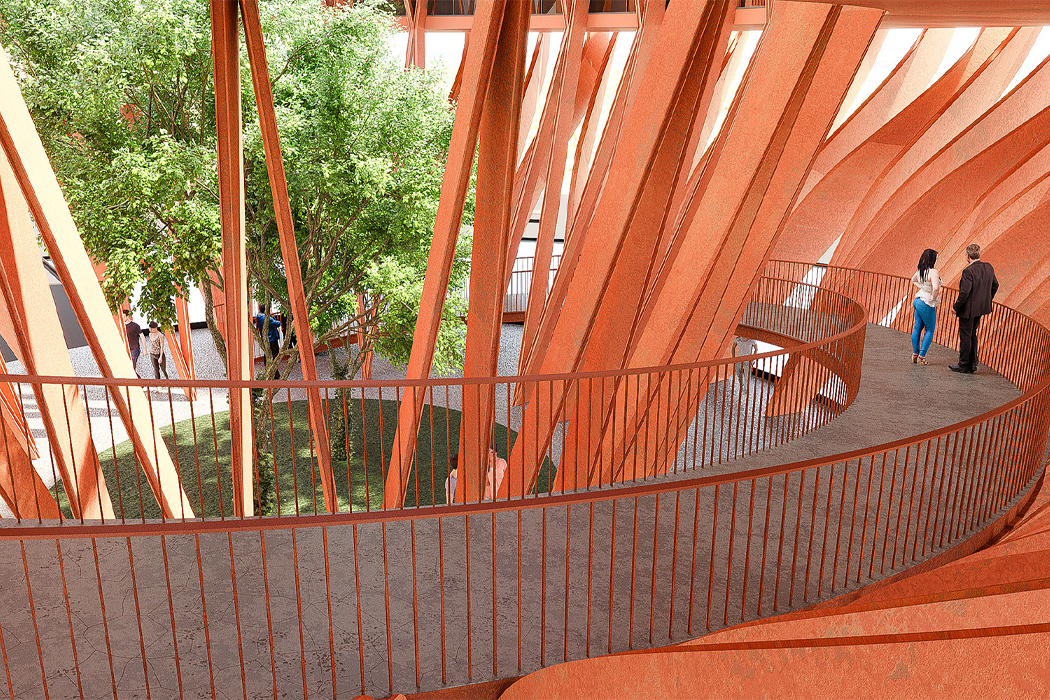 A winding ramp gradually leads guests through the botanical structure’s interior, emulating the flow of a river and slowly opening up to the terrace garden. 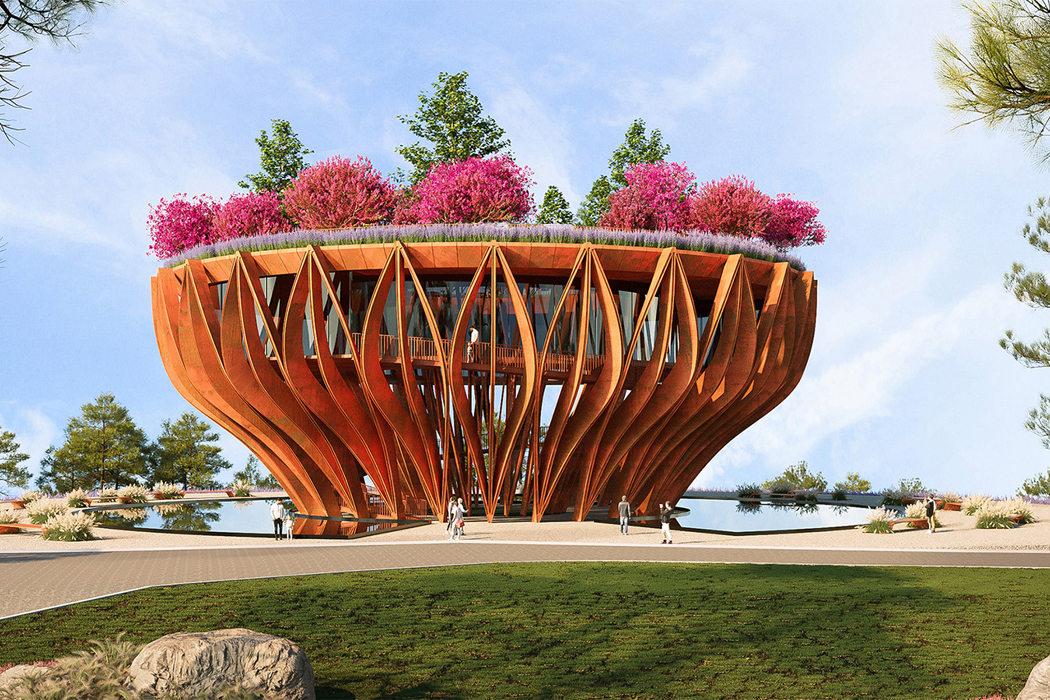 Corten steel frames stylized into the shape of petals mimic the structure of a lotus flower, the symbol of pure beauty in Buddhism. 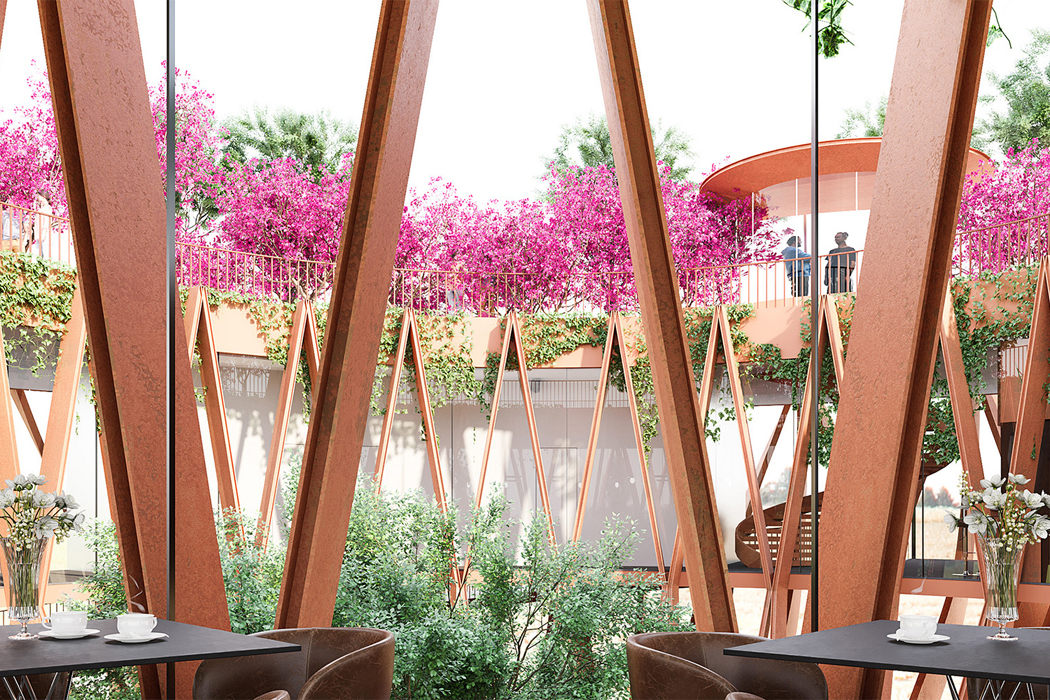 Enveloped with inverted V-structures, the building is stabilized with varying steel frames. 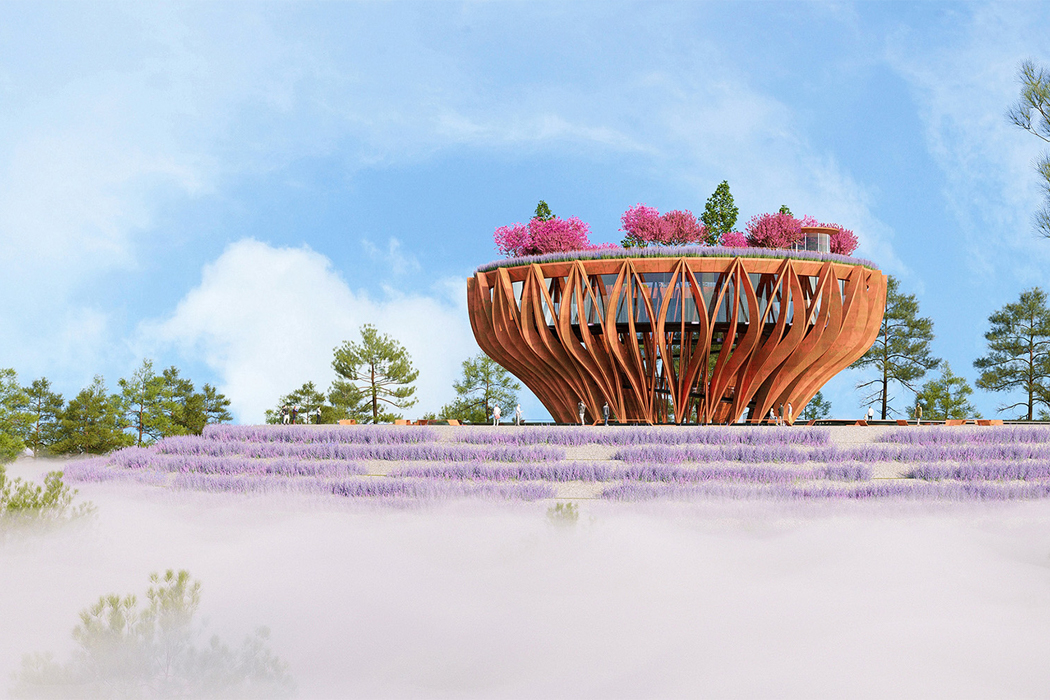 Perched above the clouds of Da Lat, The Tower Flower offers a bird-eye view of the city below. 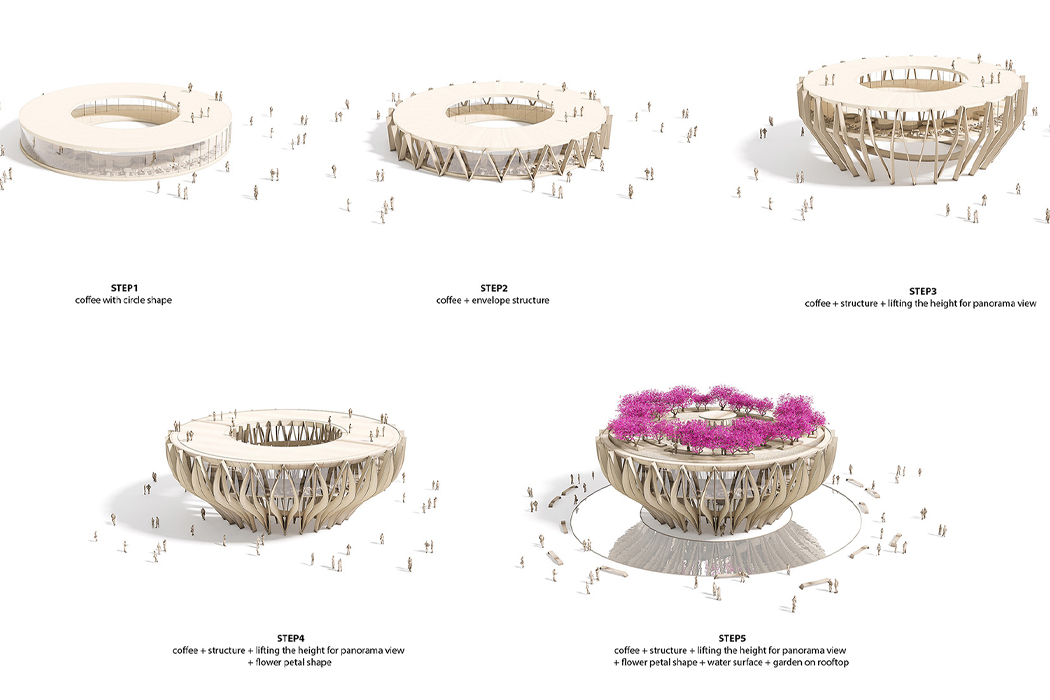 Cassle is a multifunctional piece of furniture designed for cats to have their own private retreat without taking up too much floor space. Keeping cats…

The Cozy-T teapot caters to the new generation of tea drinkers. To activate the users senses and emotions the Cozy-T utilizes a design language of…

A side table that doubles as a stool or space to store your books and other props – giving a whole new dimension to multi-functional,…

It’s that time of the year, when I look back on the year gone by, and reflect on the many travels that I undertook, and…