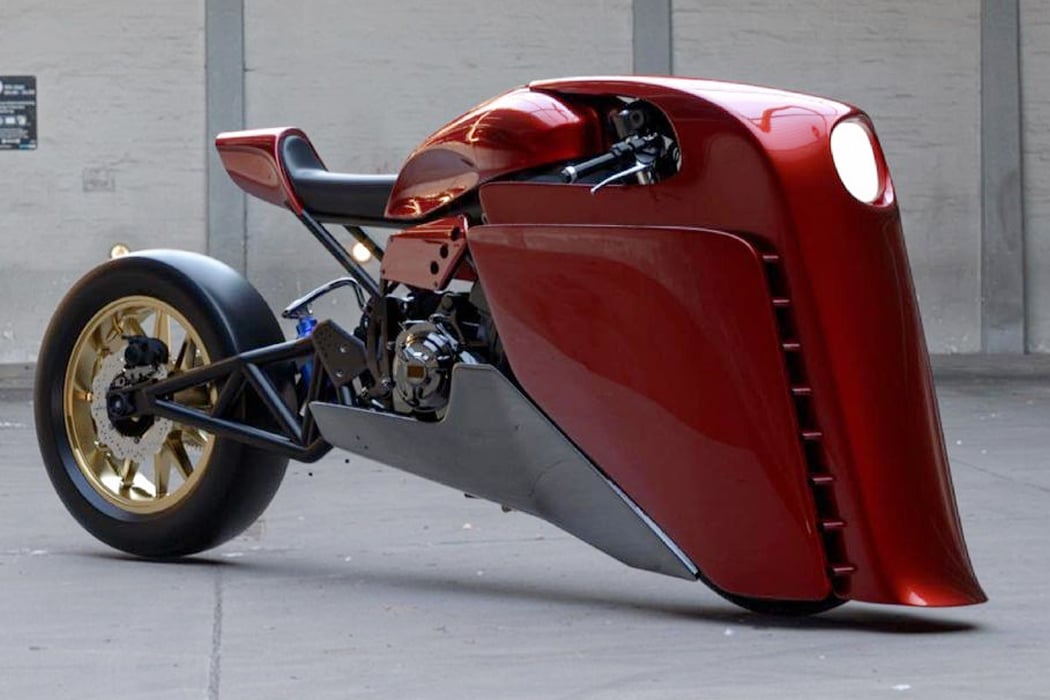 Just have a look at this concept bike design by Ziggymoto, and you can’t help but appreciate the visual appeal of the creation. I could associate this set of wheels with quite many things – for instance – a 1930s General Motors Futurliner or maybe the car in the World’s Fastest Indian movie. But this thing looks so inspired by the streamliner steam locomotive of the 1930s – the front looks almost identical to the classic train. Then I can also imagine it as a ride for the cult favorite Tony Stark. The beaming light on the front can be so easily imagined as the arc reactor of the Iron Man’s exoskeleton suit, and the deep red color is another resemblance that’s hard to ignore. Perhaps a worthy ride to part in the Stark’s Malibu mansion!

Ziggy Moto has created the cool-looking bike for Anthony Partridge and they are working with Olliminium Auto Fabrication to further fine-tune the mechanics. Since Ziggy Moto doesn’t have an official name for the ride, I like to call it the Iron Man Streamliner. The sectional vents on the front look just like the armored layers of the Iron Man suit. Going by the design blueprints, this bike is destined to be a drag racer and not much of a practical two-wheeler for circuit racing or for that matter even twisted sections of the road. The Low ground clearance at the front and the extended lower section like that of the Streamliner will make it hard to tilt the bike on corners with the assurance of not losing the balance.

The rear emulates that impending straight-line racing DNA as the wheel is quite afar the center of gravity. The silver frame covering half the bike frame on the front lends it a very sharp aesthetic and contrasts well with the blood-red hue. Overall the Iron Man Streamliner (yes you should imagine it as one) is a cool motorbike, which needs every bit of attention it is getting. 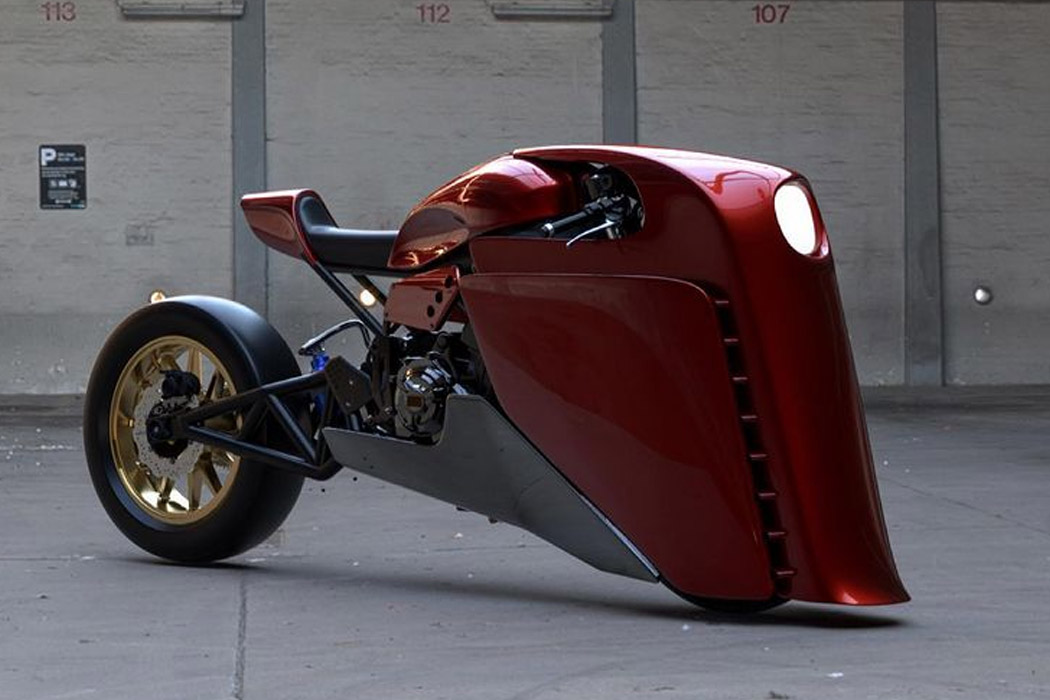 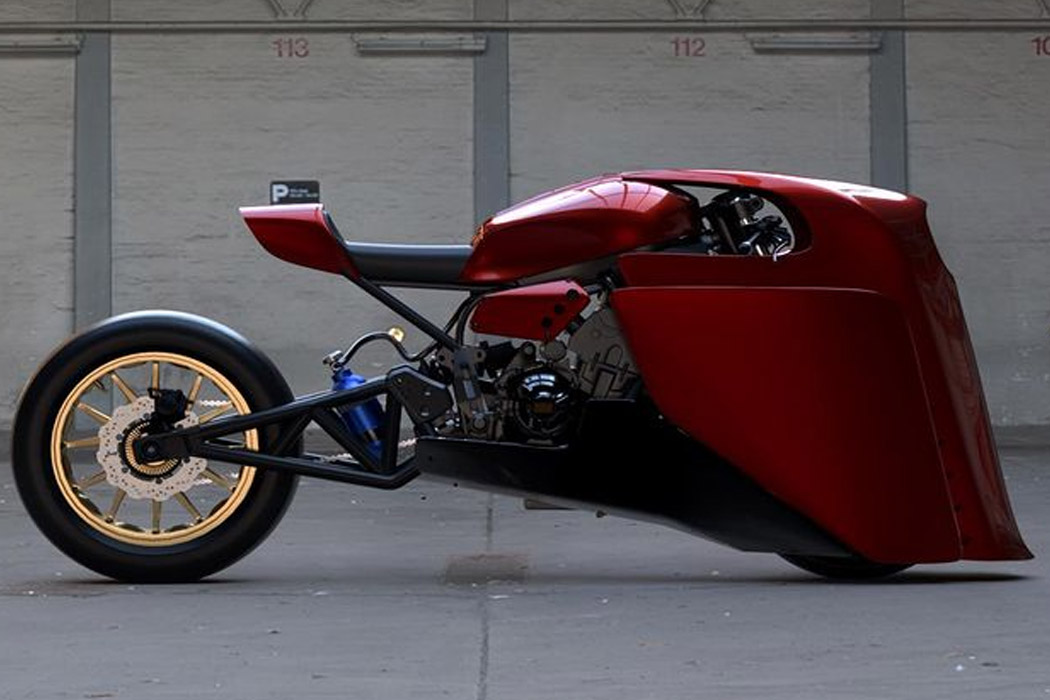 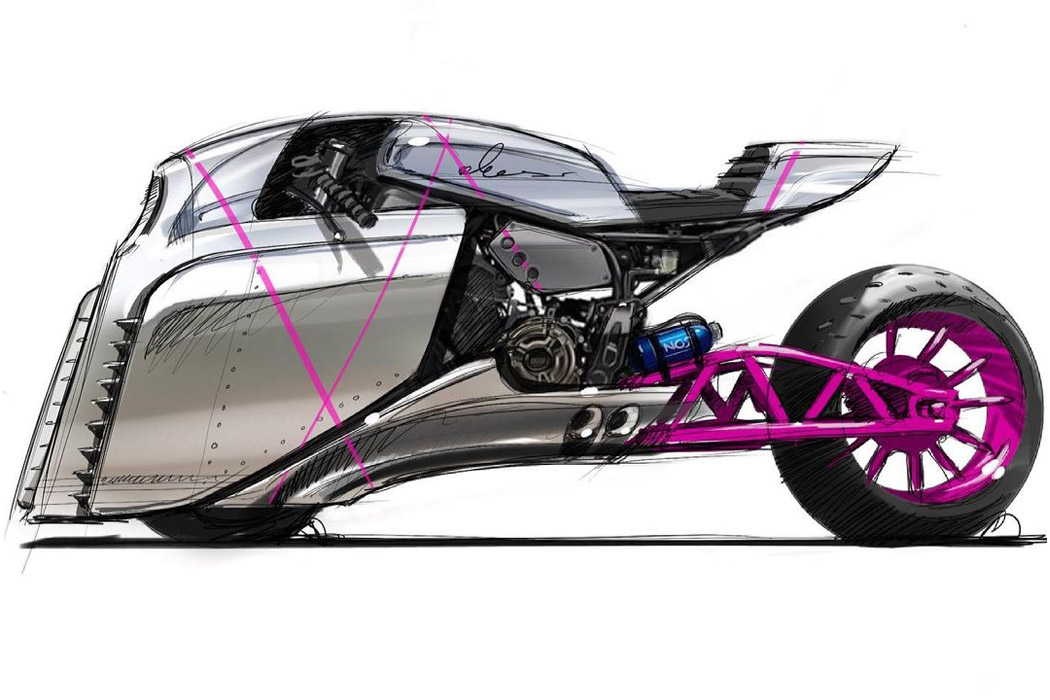 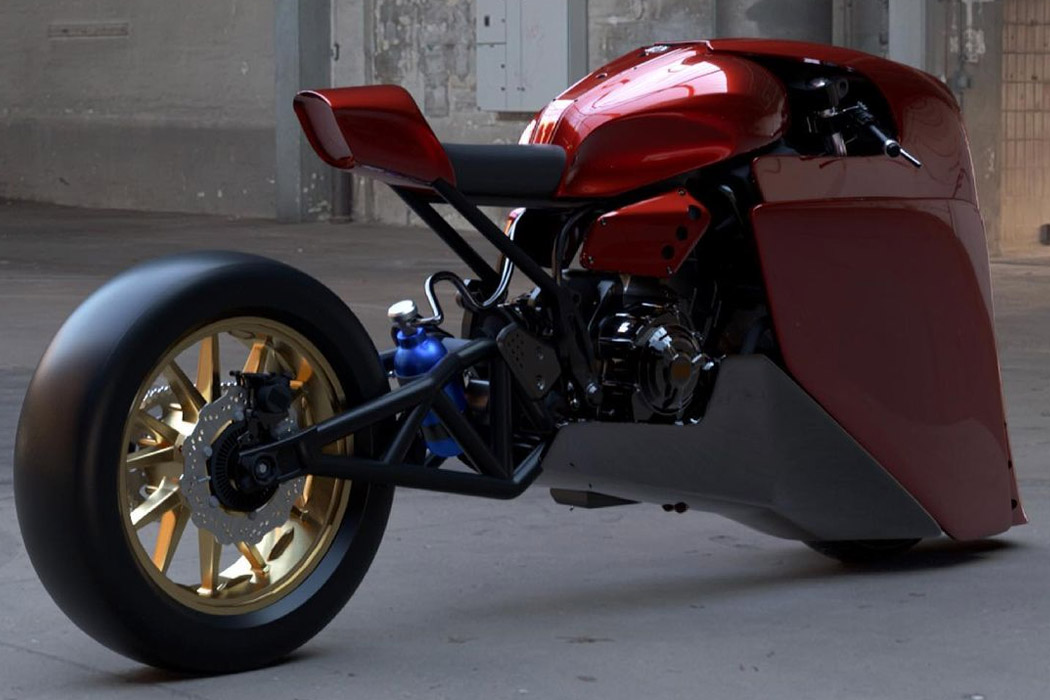 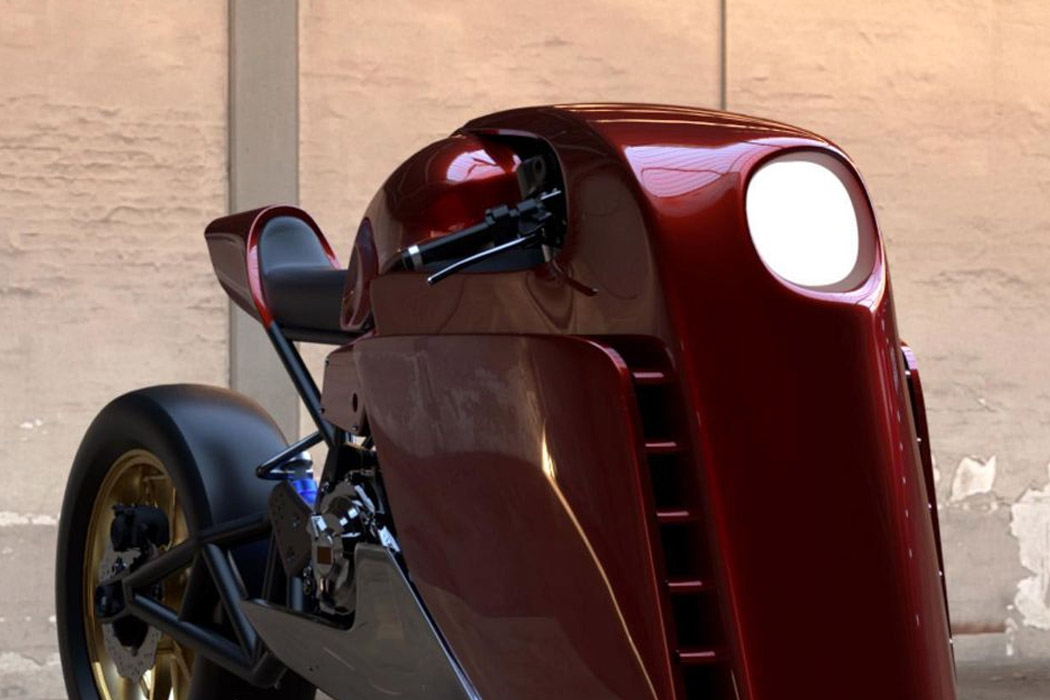 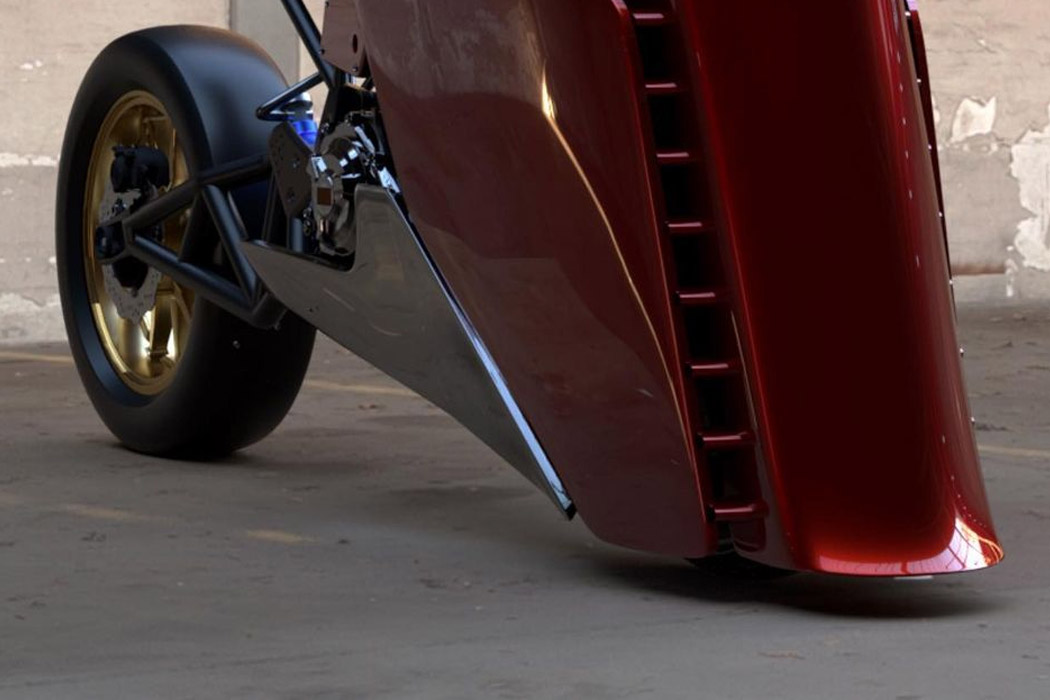 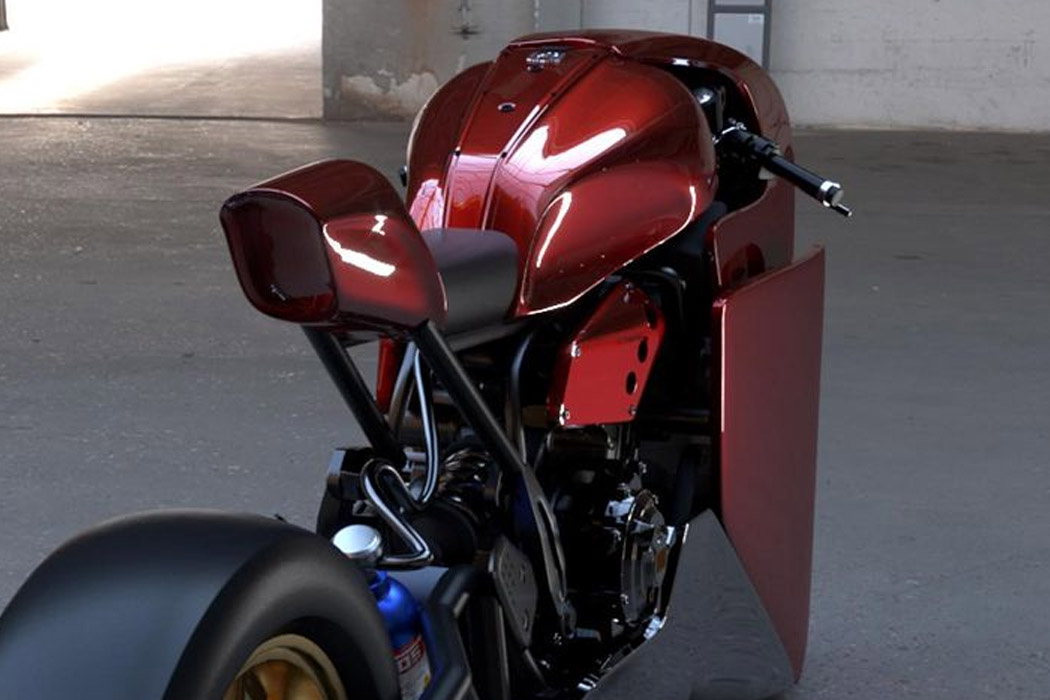 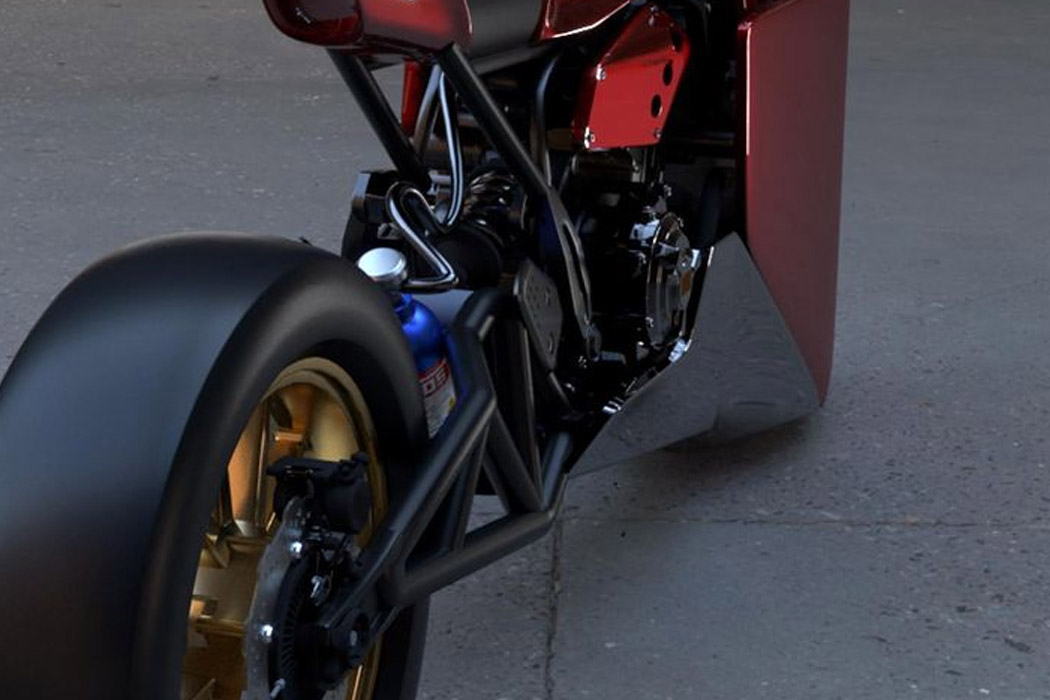 Headphones Meant Not to Filter out Background Noise

As oil reaches recording break highs, more and more people are turning to bikes to get them around and of course nobody wants to leave…

Way Sexier than a Hearing Aid

In an extraordinary fusing of textiles and robotics, the Flutter functional garment was design to aid individuals with hearing impairments “feel” the sounds of the…

There are an overwhelming variety of range hood and air ventilation options out there, but almost none are aesthetically pleasing or discreet! The Hidden Air…