Your smartphone probably has more computing power than most laptops. It’s literally a computer that fits in your pocket, so in the event that you find yourself with an old smartphone or a new-but-busted device, YouTuber Matthew Perks (of DIY Perks) has a handy way of turning it into a bonafide laptop. The procedure is simple and works with phones that have a USB-C output, letting you hook together external displays and other devices. In his endeavor to turn the smartphone into an actual laptop, Matthew does bust out his power tools, so be warned… this smartphone/laptop transformation definitely needs some work, but it’s better than throwing out an old phone and spending another $800 bucks on a budget laptop. 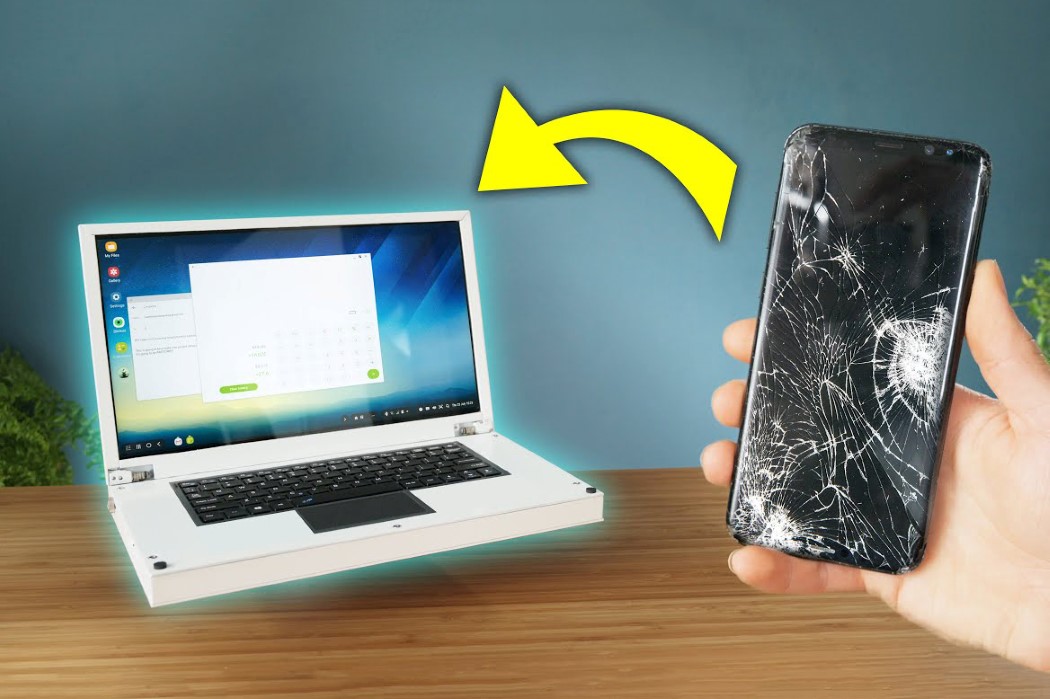 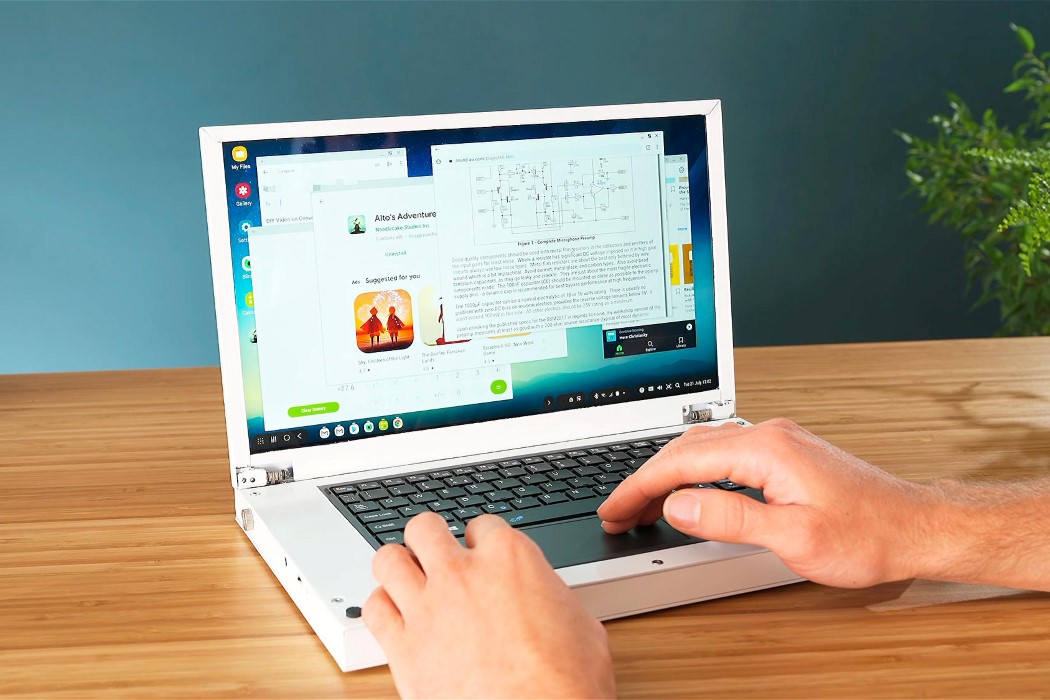 The laptop basically runs a desktop version of your smartphone’s OS. In Matthew’s case, he relies on a Samsung S8 which comes with Samsung’s DeX, a feature that lets the phones run a desktop-like experience. If you find yourself without a Samsung phone, there are plenty of apps on the Google Play Store that provide a similar visual experience. Concisely put, the laptop mirrors your smartphone’s interface, and runs on its mobile SoC. Given how powerful smartphones can be, the resulting laptop is quite an impressive performer, and can handle basic tasks with absolute ease. The laptop is a bit of a Frankenstein’s monster, with a display from AliExpress, a repurposed Bluetooth keyboard from Amazon, and a power bank that powers the laptop itself. Moreover, you can charge the power bank too using a hacked-together charging port, and the laptop’s construction routes power to the smartphone itself as well, keeping both machines running. Unfortunately, the laptop doesn’t come with a trackpad, and if your phone uses a face-unlock feature, you’d best disable it because the phone won’t be facing you. Alternatively, you could just make sure your dock allows your phone to slightly pop out of the top – that way, you can place your phone with the screen facing you and use its front-facing camera for facial recognition as well as video chats! 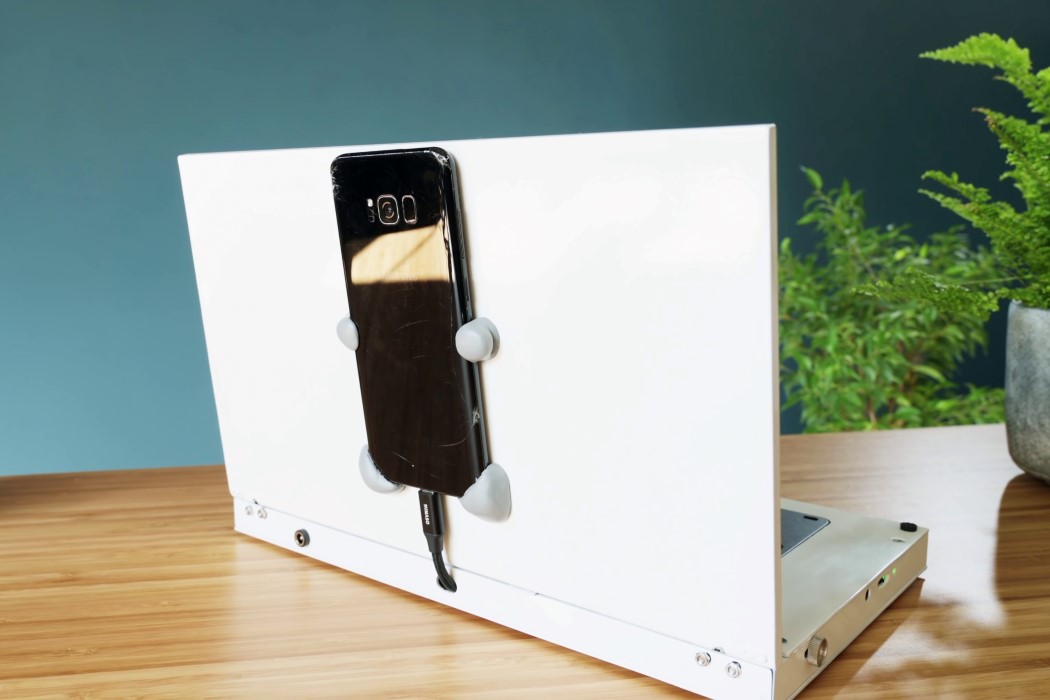 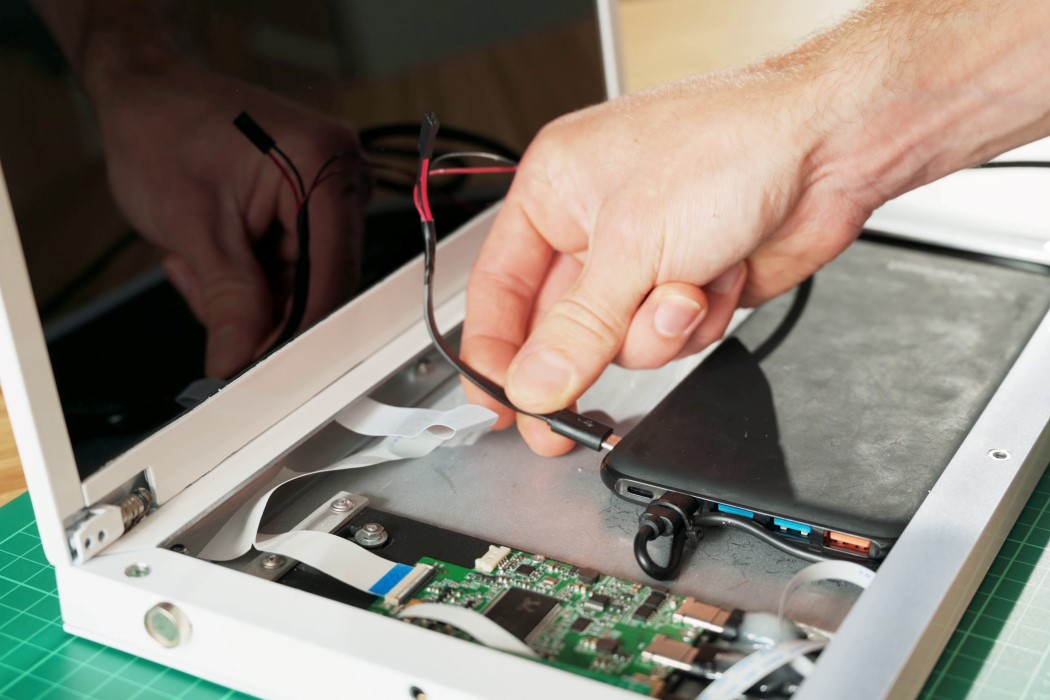 The solution is decidedly MacGyverian. It’s thick and clunky because it uses actual metal panels and L-sections to come together – after all, you can’t compare a DIY builder to a billion-dollar laptop company with a supply chain, can you? That being said, the laptop looks and functions just as you’d expect it to. It runs apps and programs, saves files, accesses the internet, and even has cellular features! Given that it’s an expanded version of a smartphone, the laptop isn’t particularly suited to carry out heavy-duty tasks like playing games or mining bitcoins. That being said, this DIY laptop is perfect for minor jobs like browsing the internet, replying to emails, or just using it as a multimedia machine for your next movie night… and yes, built-in Bluetooth means you can even hook it to a fancy set of speakers! 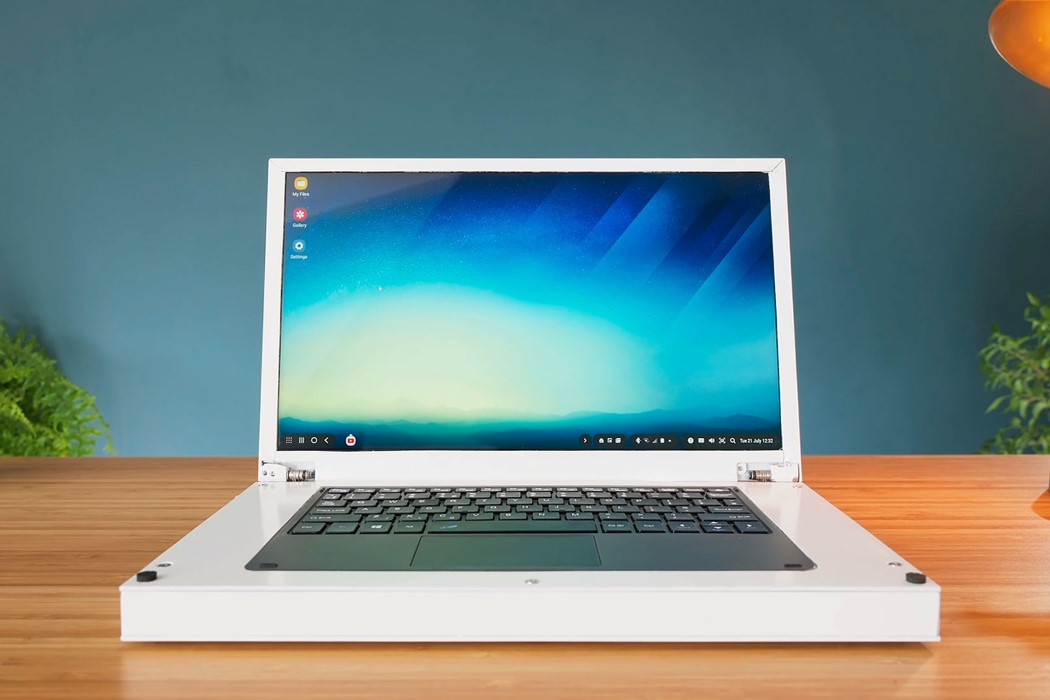 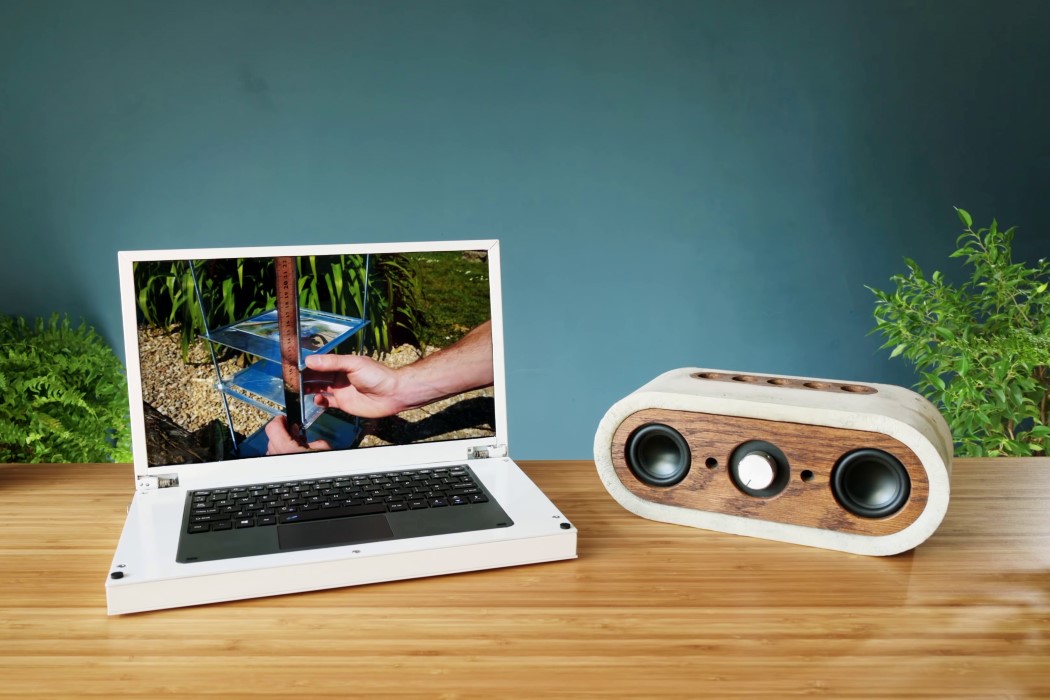 Red Dot Design Has A Swanky New Address In Singapore

Designed to incorporate the best features of a non-stick pan combined with performance and durability of cast-iron, the Prepd Skillet covers practically all grounds of…

The Funamizu is back with another concept. Inspired by the WVIL concept camera shown at this year’s CES, Mac Funamizu envisaged a similar device in…

https://www.kickstarter.com/projects/movo-photo/smartcine-the-worlds-first-complete-smartphone-vid While the cameras that are found in our smartphones are ever-advancing, there are still downfalls that restrict their video-taking capabilities; weak audio and poor…