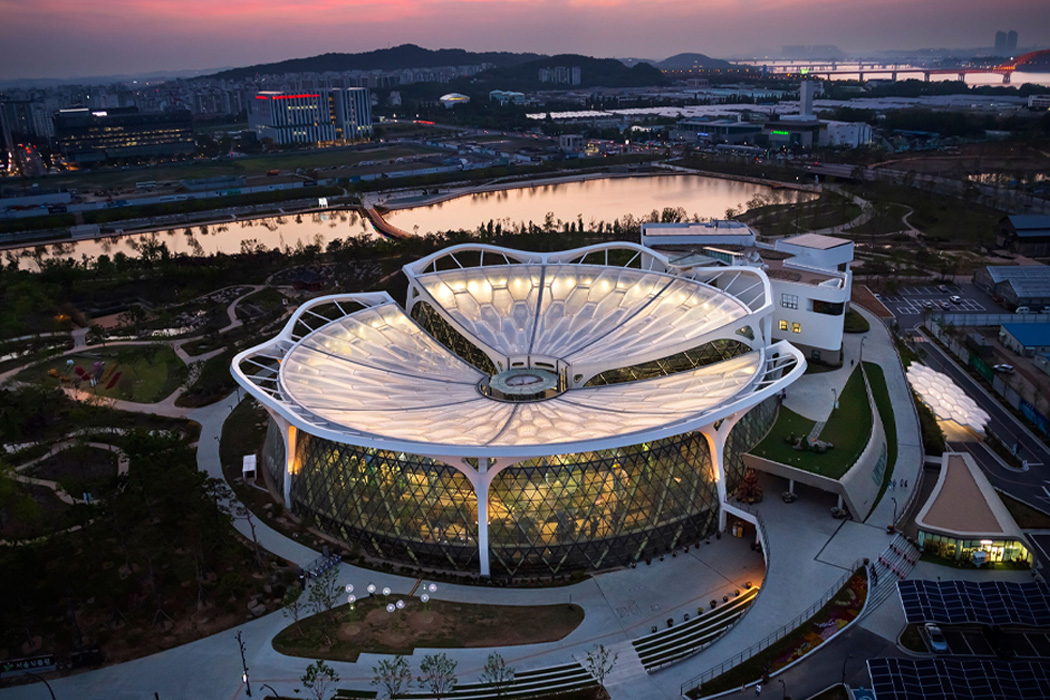 Botanical gardens in big cities always seem to help take us out of the monotonous droll of city living, weaving us through walks of native plant life and educational tours that teach us about plant cultivation and preservation. Bringing a touch of green to Magok, South Korea, Seoul Botanic Garden was designed and built to create an educational and public space that harbors flora and cultural insight from twelve tropic and Mediterranean cities across the globe.

Positioned on the southwestern side of the Han River in the Magok neighborhood of Seoul, the new botanic garden’s location was chosen partly due to the region’s pastoral history. Blossoming a safe distance away from the surrounding marshlands, Seoul Botanic Garden’s rippled, concave roof emulates the formation of a flower’s petals, particularly mimicking the shape of a Rose of Sharon’s petal bed. The 100-m wide concave dish acts as the structure’s roof, shelters the park’s guests, and by resembling the structure of a plant’s petal bed, offers a visually enhanced experience alongside the blooming plant life indoors.

Typically, the roof of a greenhouse takes the form of a convex dome, the roof’s pitch being the highest point inside the structure. However, the delicate rim of Seoul Botanic Garden’s hexagon-laced glass roof remains higher than its indented central point. Inside the greenhouse, plant life from 12 major cities across the globe, including Athens, Greece, and São Paulo, Brazil burst from every sunspot inside the disc-shaped indoor garden. Celebrated as South Korea’s first botanic park built inside a city, Seoul Botanic Garden traverses 500,000 square meters of land, comprising a greenhouse, forest, lake, and wetland. 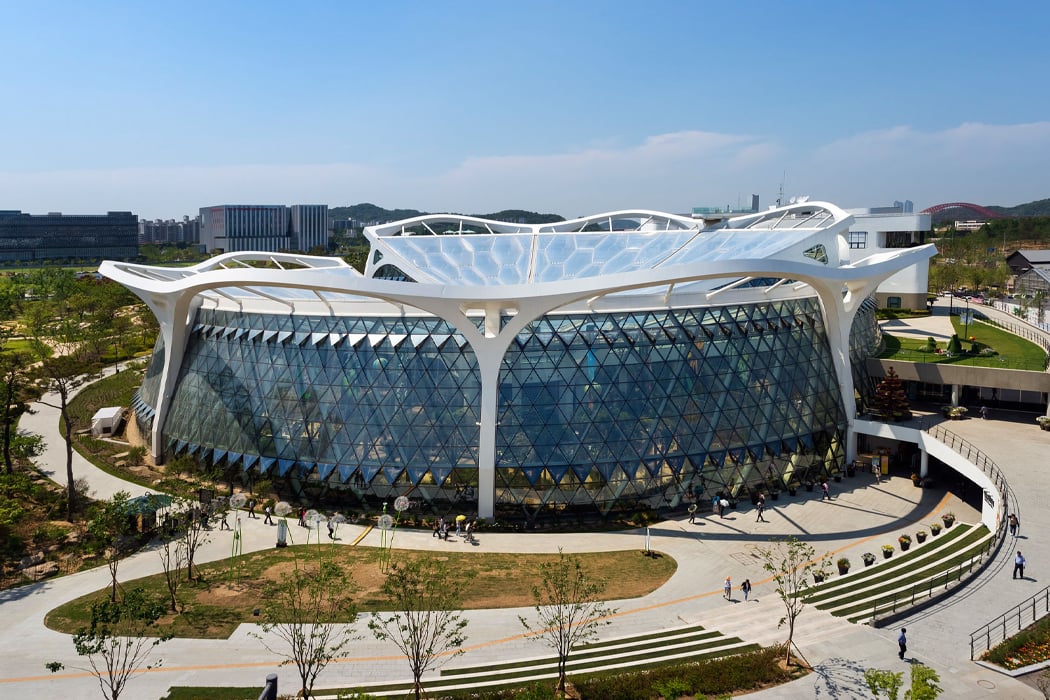 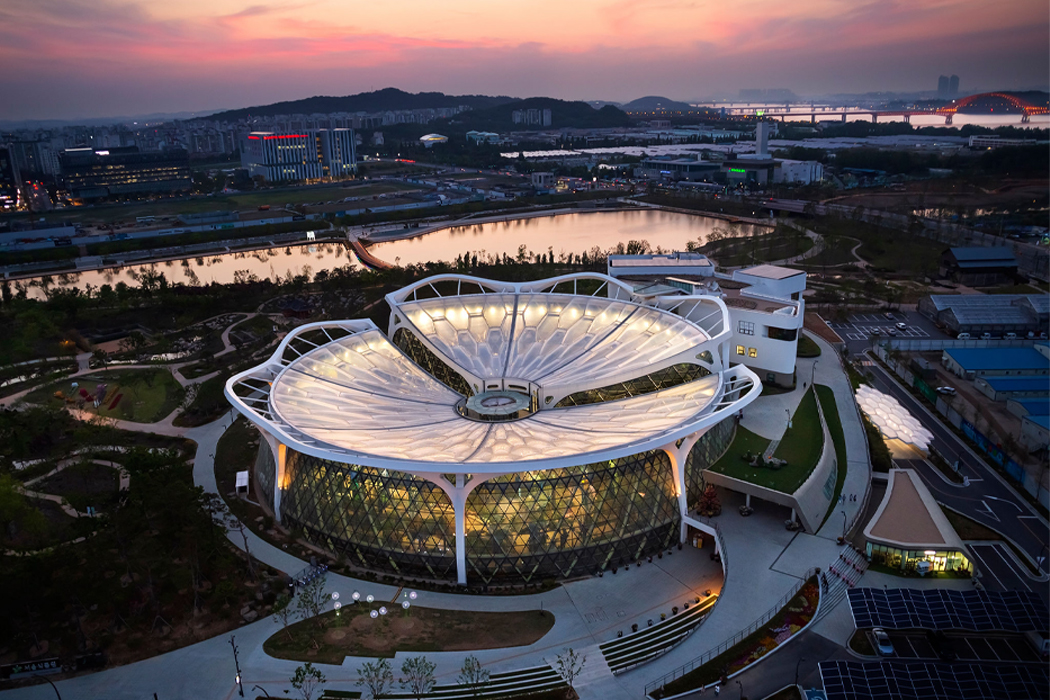 Garbed with a concave roof that mimics a flower’s petal bed, Seoul Botanic Garden uses the roof’s resemblance with nature to evoke a 3D experience for the garden’s guests. 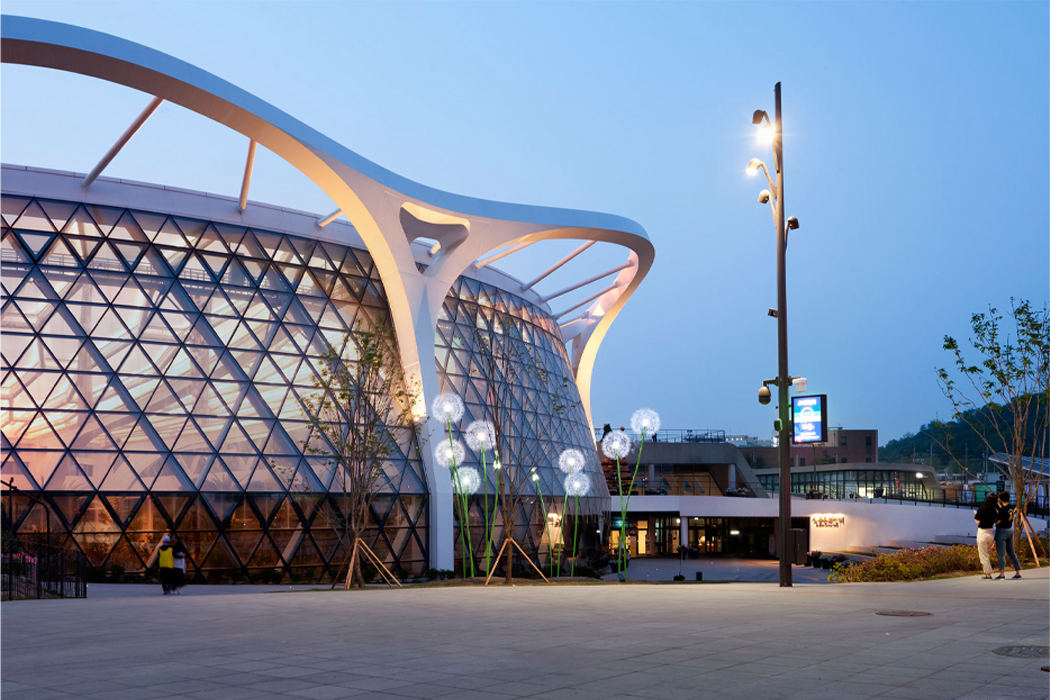 A diamond-dotted skirt wraps the sides of Seoul Botanic Garden to reference the traditional facades found on greenhouses. 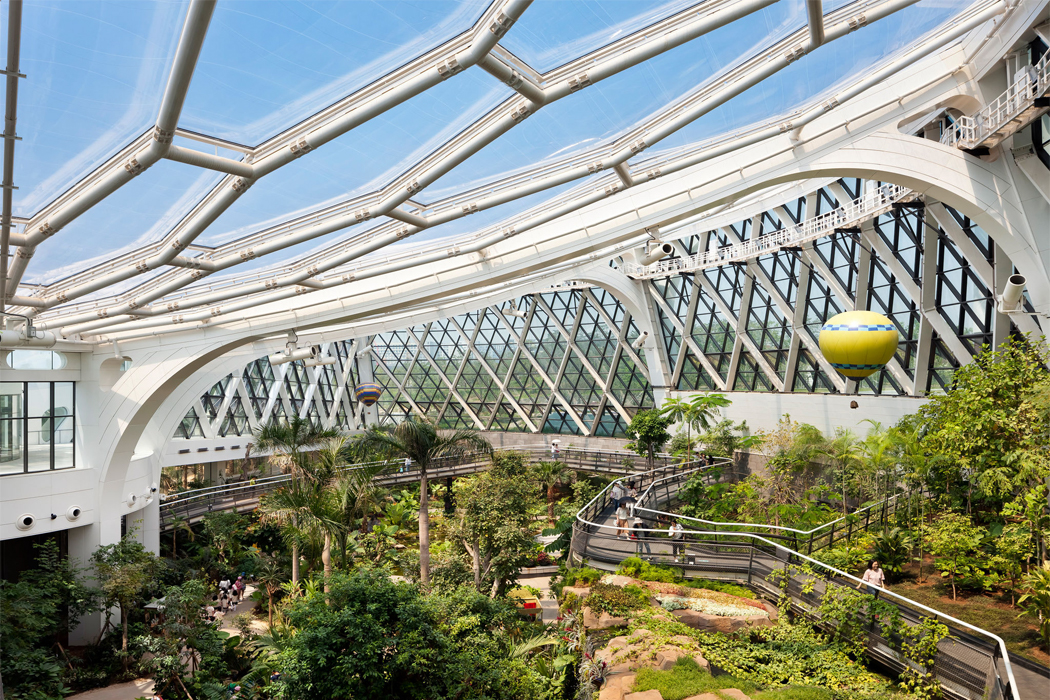 Inside, plant life busts at the greenhouse’s seams, covering flora from twelve major cities across the globe, primarily taken from tropical and Mediterranean climates. 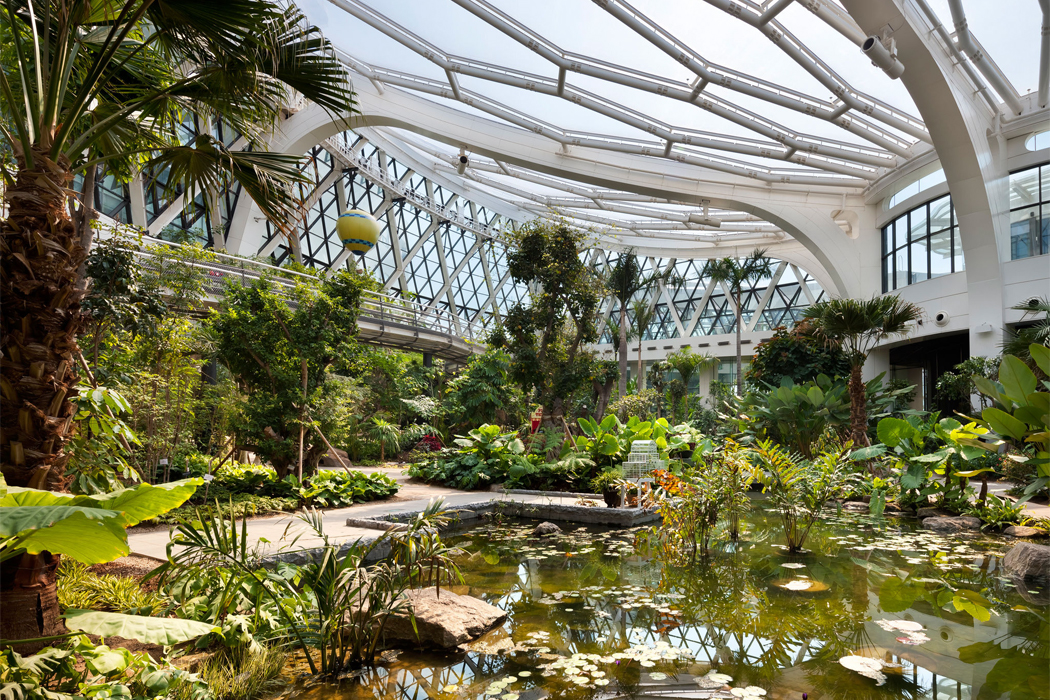 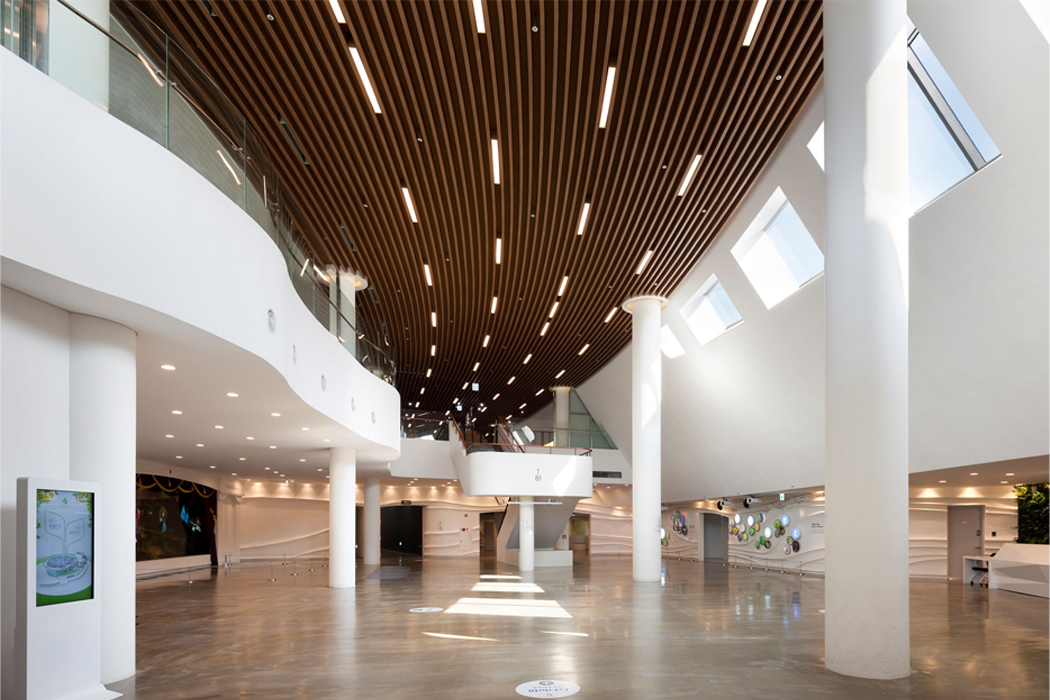 Inside, sinuous interior design harkens back to the structure of plants. 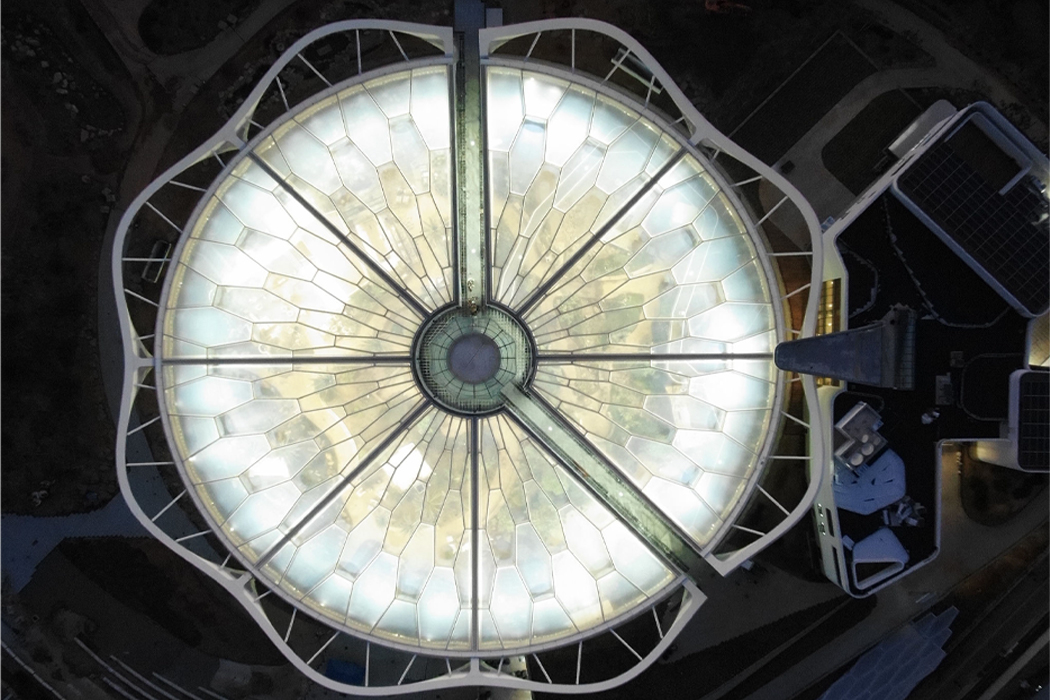 From an aerial perspective, Seoul Botanic Garden holds an impressive, closed roof that echos the shape of hibiscus flowers native to the country.

There is no stopping Dubai’s frantic construction boom, and Atkins, the largest multidisciplinary consultancy in Europe, is not one to miss a part of the…

Orchids are some of the most famously precious plant species just for how specific their cultivation needs are. An orchid is easily 30-50 times more…

This sustainable, self-sufficient, prefab house can be flat-packed & it looks like a cruise ship!

The luxurious home was named after its eye-catching tensile roofs inspired by the history of sailing on the island. When you can’t go on a…