Remember when Sundar Pichai stepped on stage at Google I/O in 2018 and demonstrated how the virtual Google Assistant could make phone calls and have realistic conversations with people? It was a combination of scary and impressive, as Google’s voice AI literally spoke to a human, booking a haircare appointment at a salon. The virtual assistant’s manner of speaking was so incredibly natural, it could fool anyone into thinking it was a real human. The assistant’s voice had a natural speaking quality to it, with mannerisms, inflections, and even the occasional “ummm” and “ahhh” sounds to make it sound natural and human. The demo was a combination of incredibly impressive and incredibly scary, as it demonstrated how tech could easily cross over into human territory.

For people who still don’t feel tech is dystopian enough, here’s the Eyecam… a webcam that creepily stares right into your soul. In a world where tech spies on you (sometimes blatantly), the Eyecam adds a layer of realism to it. Designed by researcher Marc Teyssier, the Eyecam is more of a social project that aims at turning the humble camera into something more relatable – for better or for worse. The resulting device is eerily similar to an eye. Sure, it comes covered with faux flesh and has eyebrows and eyelashes, but the Eyecam doesn’t just look like an eye. It behaves like one too. The eyeball can independently pivot inside the eye socket, looking around the room. A facial-recognition software runs in the background, allowing the Eyecam to detect humans and look them directly in the eye. If that wasn’t creepy enough, the eyeball even has a tendency to move and jitter around like a human eye. It doesn’t stay absolutely still… instead, it looks and scans you, parts of your face, and intermittently shifts its gaze between your left and right eye. Oh, and it blinks too, feeling so real that your mind’s bound to feel extremely conscious of the camera’s gaze.

The Eyecam is more of an experiment than a real product. It aims at understanding, decoding, and tweaking the human-tech relationship. The camera behaves quite like a human eye would. Looking around the room before it spots you and stares directly into your eyes like another human. When the camera is resting, the eyelid shuts too, allowing you to feel a little more at ease around it. Obviously, when it wakes up and looks right at you, it feels slightly unnerving at first. I’m not sure how one would feel after months of using and getting used to the Eyecam… in fact, I’m not sure I even want to know, although it’s definitely something Teyssier is studying. Does the human tech relationship drastically change when the tech takes on a more human avatar? We’re comfortable with smartphone front-facing cameras casually pointing at us when we’re staring at our screens. What happens when that camera adopts a human appearance? How would our behaviors change if the surveillance around us felt that much more tangible?

If Black Mirror-esque dystopia excites you, you can actually build your own Eyecam from scratch. Marc’s been kind enough to document his entire process in great detail, and has even made hardware and software files available on Github. Just promise you won’t scare anyone to death… and remember, Big Brother’s always watching! 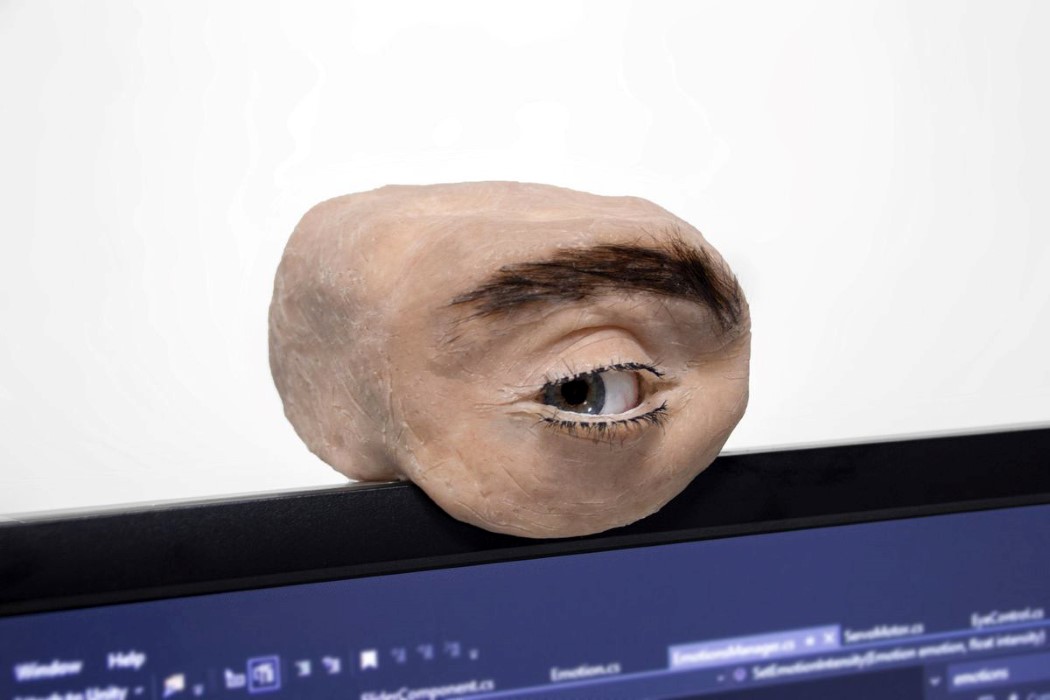 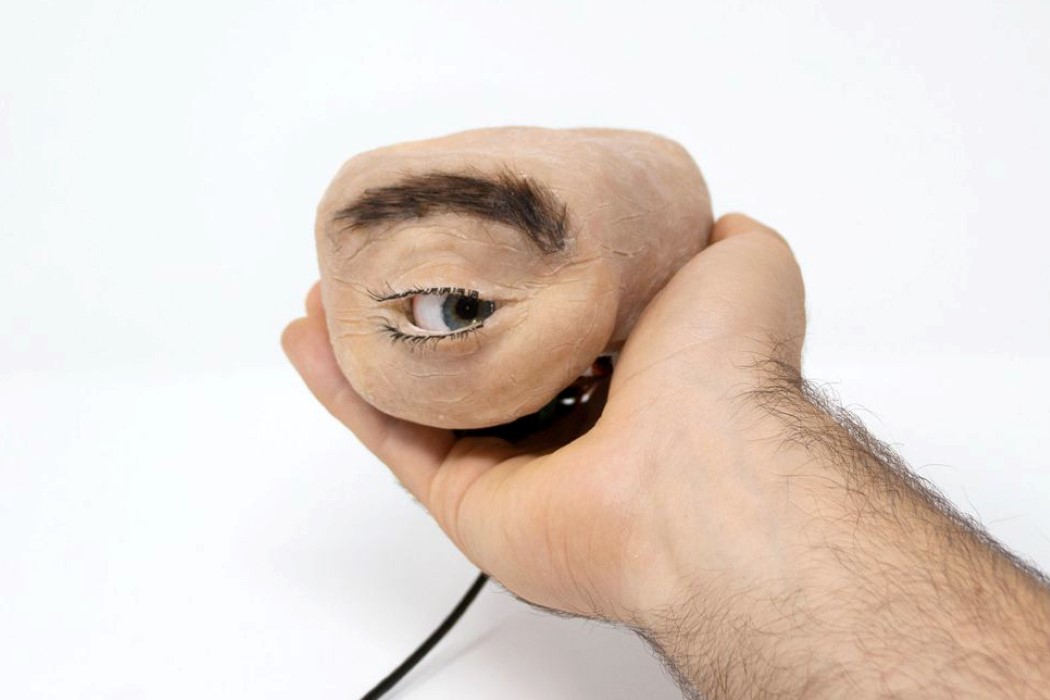 The Eyecam comes built to scale, with remarkably human-like proportions and even details like skin-folds, wrinkles, and crow’s feet for that added realism. 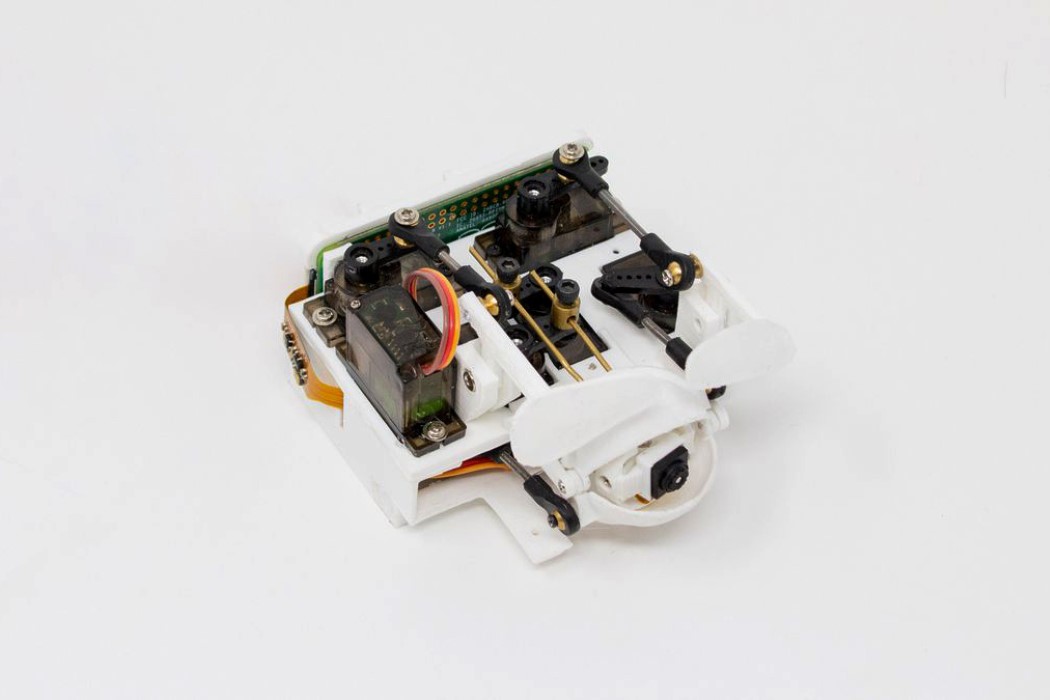 The camera sits within an eyeball-shaped enclosure, which is rotated on multiple axes thanks to a series of motors and mechanisms that mimic the human eye’s randomized movement. *shudder* 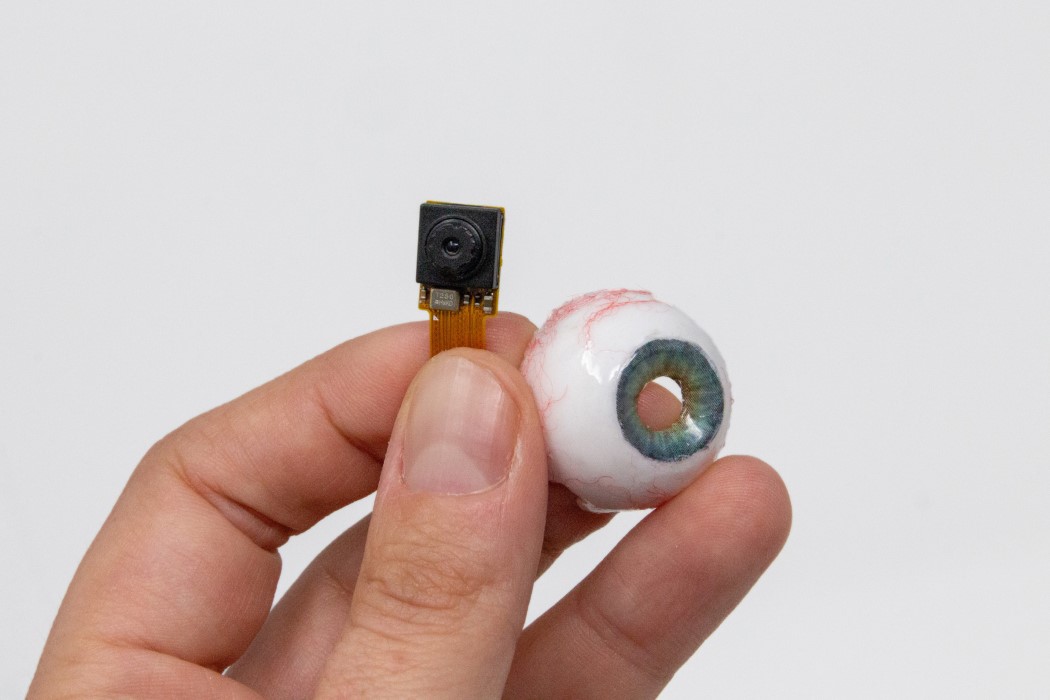 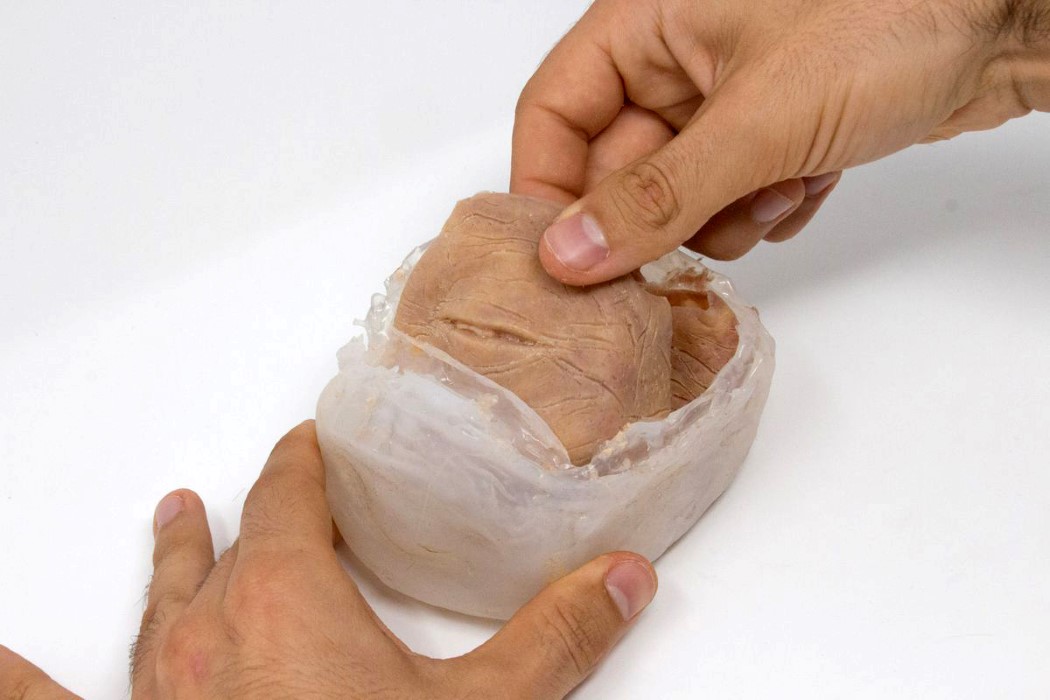 All mechanical and electronic components sit within the Eyecam’s silicone casing. The casing was modeled from scratch, with all the human details being sculpted in before being converted into a slip-casting mold. The mold was then used to cast silicone pieces, which were then implanted with actual human hairs in the eyebrow and eyelash region. Not creepy at all… 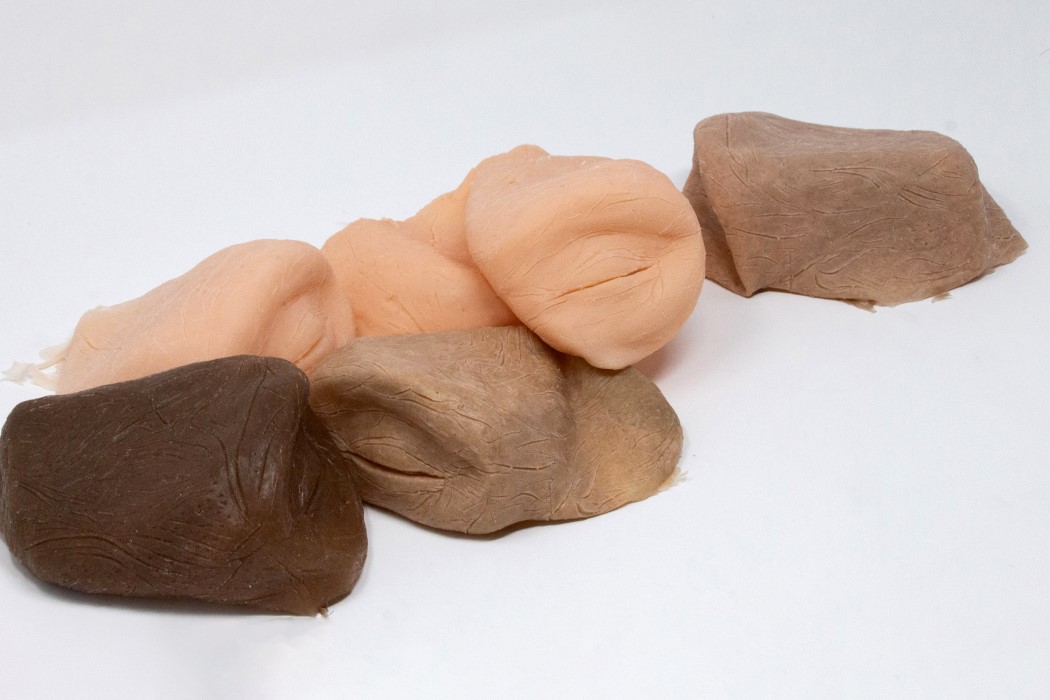 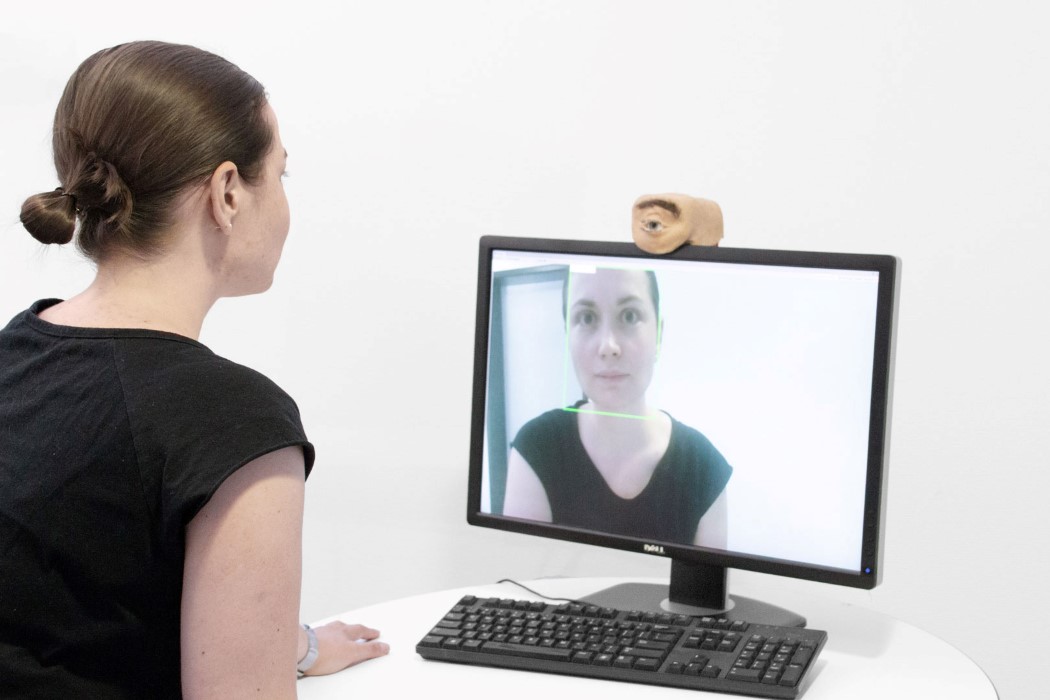 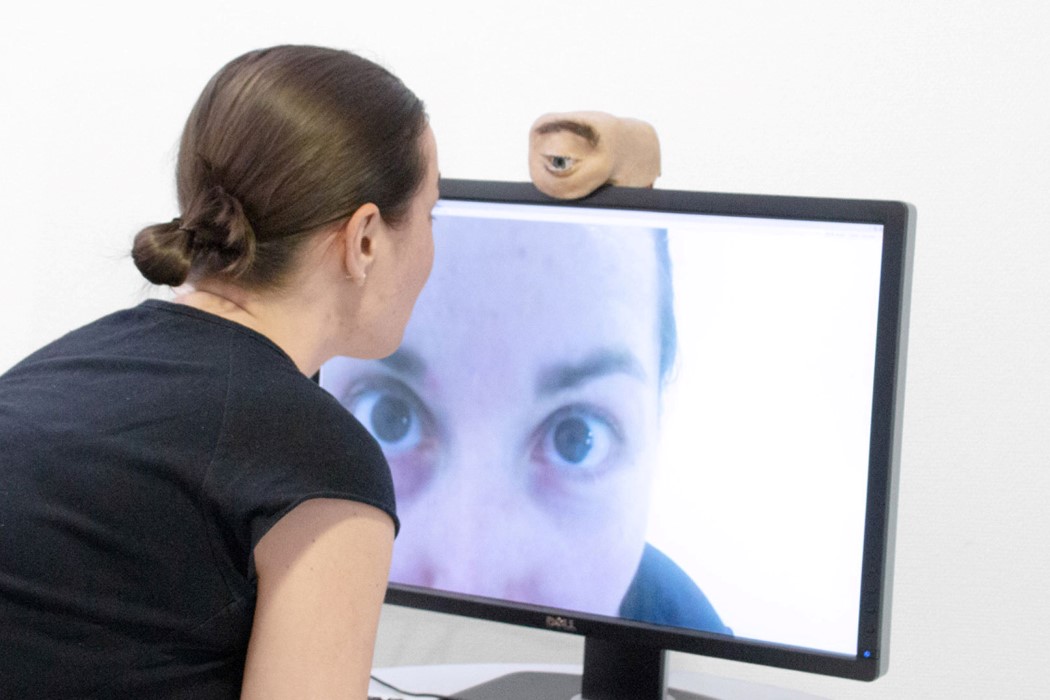 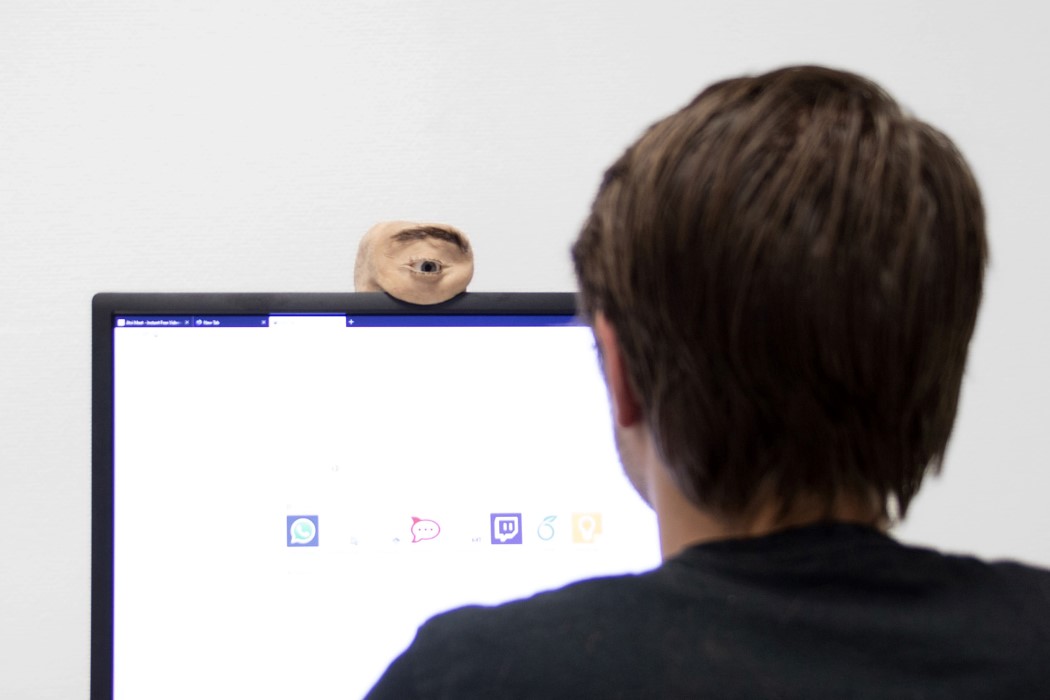 The newest addition to your brainstorming team!

Everyone loves a good brainstorming session; it’s what forms the foundations of a project and all worries about neatness go out of the window! So,…

Having been a writer at Yanko for over a year, I’ve seen my fair share of bicycle designs. Some classy and sober, some weirdly outlandish,…