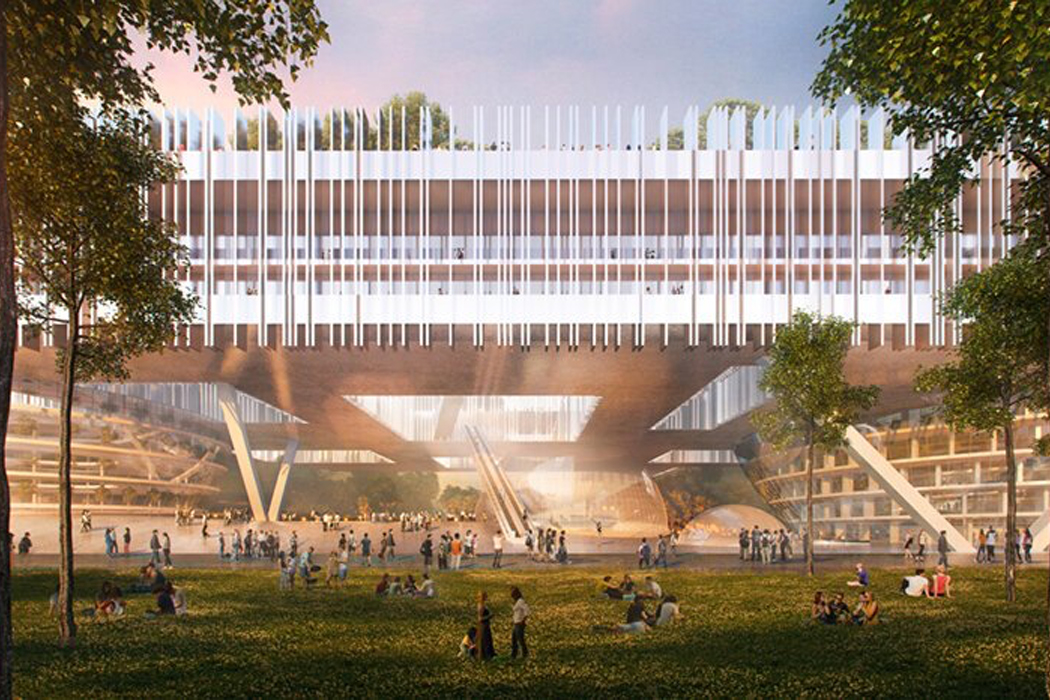 Shenzhen recently announced plans to build ‘ten new major cultural facilities’ over the span of three years and hosted international architecture competitions for structures like a future maritime museum, music conservatory, opera house, and design institute. Since then, it’s been revealed that Dominique Perrault Architecture (DPA), in collaboration with Chinese design studio Zhubo Design Co., has won the international competition for the new campus of Shenzhen’s Institute of Design and Innovation.

The new campus will form one of Southern University of Science and Technology’s future schools, located along the rural hillside of Shenzhen. Committed to preserving the natural landscape of Shenzhen’s rural region, the winning design embraces a large-scale horizontal campus that stretches for more than 700 meters. Comprised of two main areas that run parallel to one another, “Hyper-Ground” and “Hyper-Roof,” DPA planned the campus with sociability and sustainability in mind.

The design’s “Hyper-Ground” component contains the chunk of the university’s services and meeting areas, including the library, auditorium, and exhibition halls. The design’s ground level consists of open-air social hubs woven throughout university infrastructure to promote hybridization of disciplines and design innovation. Chiseled throughout campus’ ground-level facilities in a pedestrian promenade where students and the public alike can enjoy various commercial services and access points to the university’s educational faculties.

Filling out the winning design’s “Hyper-Roof,” students and the general public can escape from the social scene down below to garden spaces and outdoor sports areas. The “Hyper-Roof” also houses photovoltaic panels and a rainwater management system that provides the entire structure with energy. As the current layout acclimates to the preexisting landscape, its facade generally remains minimal in style, allowing room for even an amphitheater located near the campus’ main entrance. 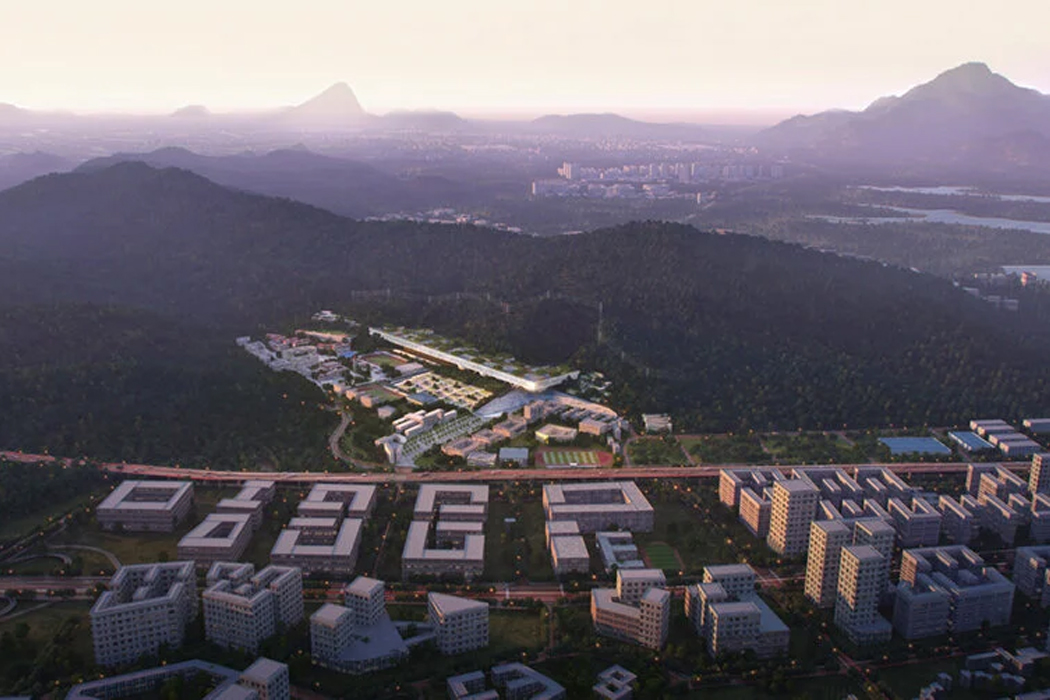 The new campus is located on the outskirts of Shenzhen’s rural region, below mountains and beside a nearby cityscape. 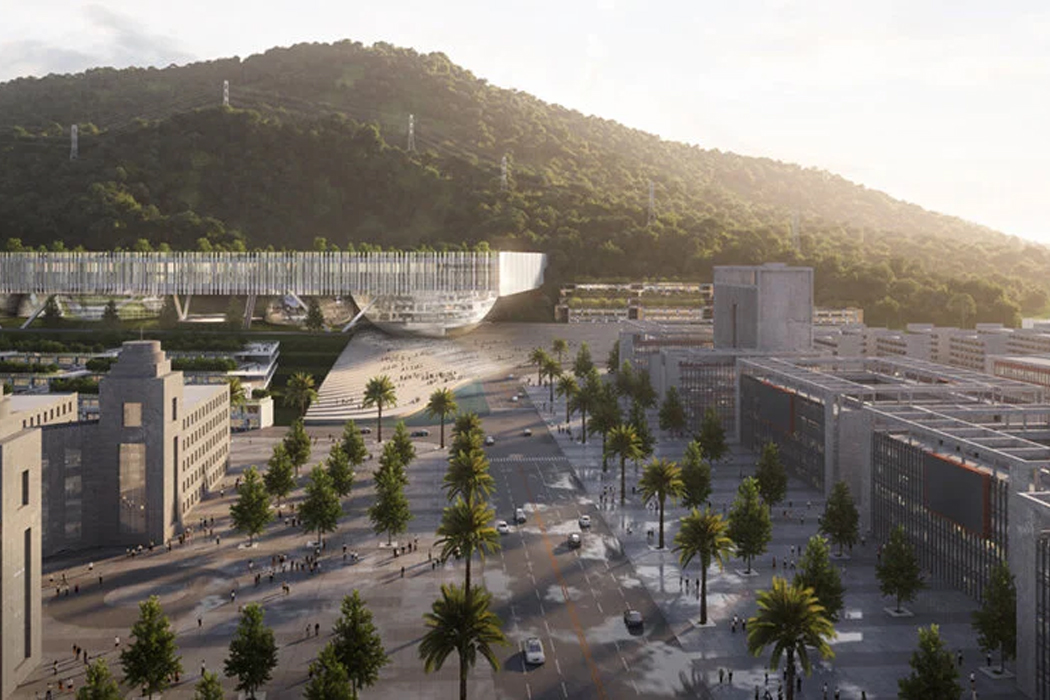 The layout features a pedestrian promenade where students and the general public can meet and spend the day. 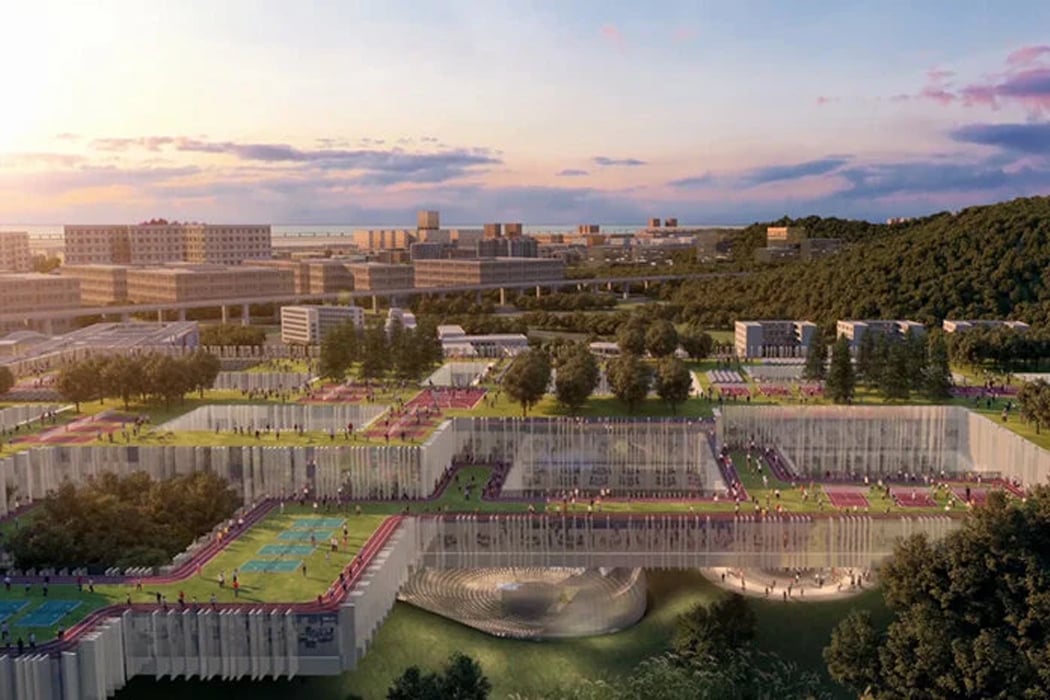 The planned “Hyper-Roof” features garden spaces and sports areas, as well as photovoltaic panels and a rainwater management system. 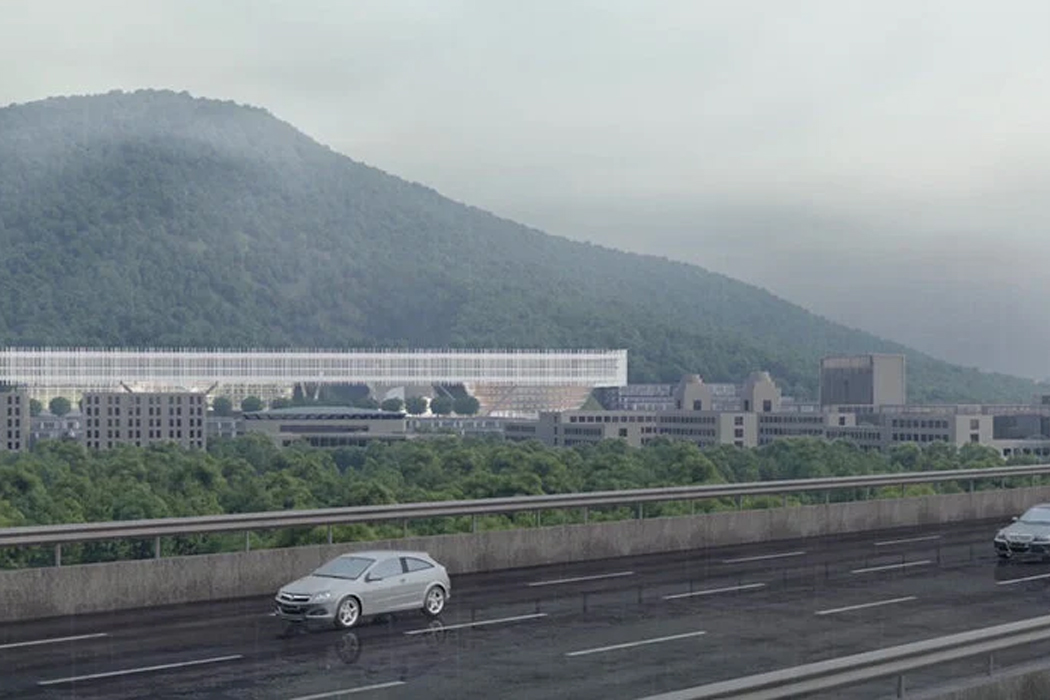 From the highway, the campus appears minimal and modest in design. 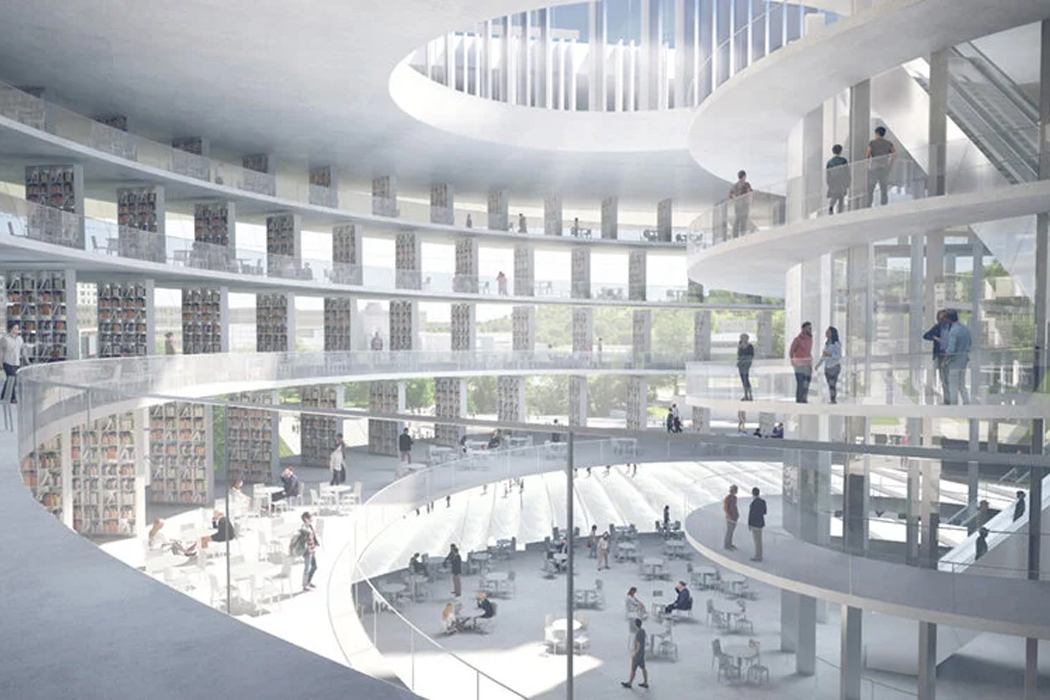 Inside the campus, a blend of contemporary interior design and natural light create bright, open spaces. 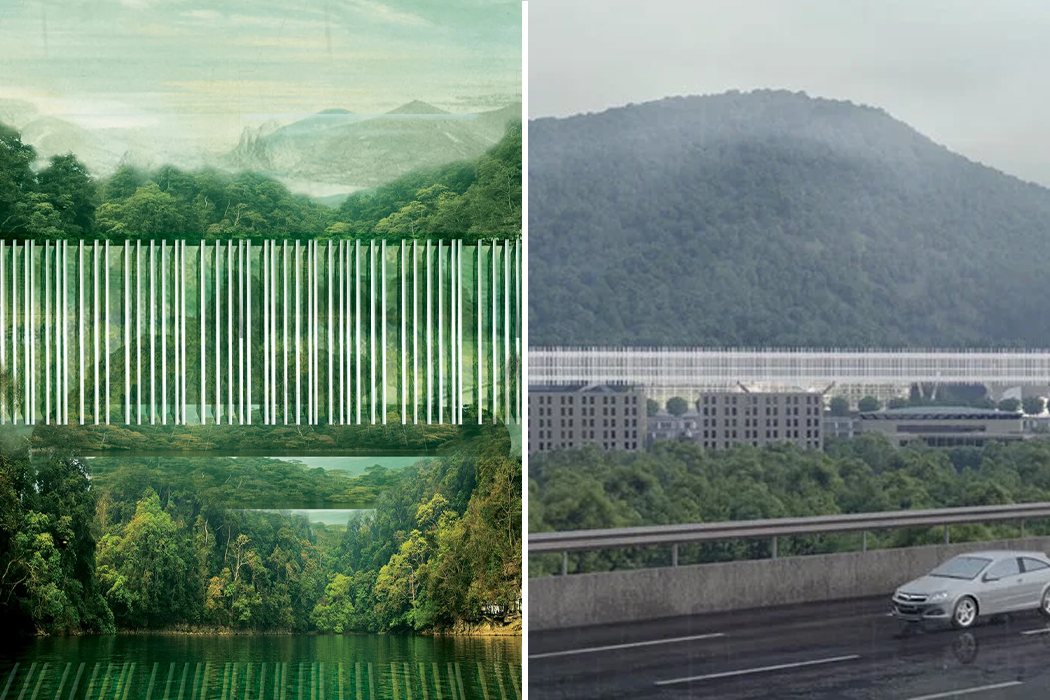 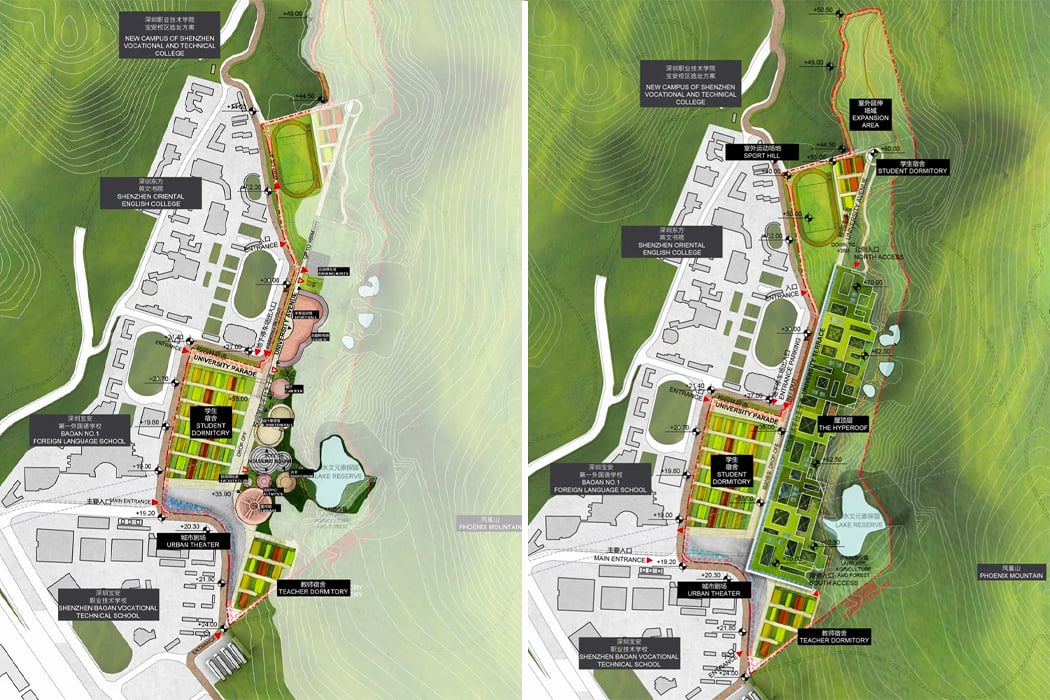 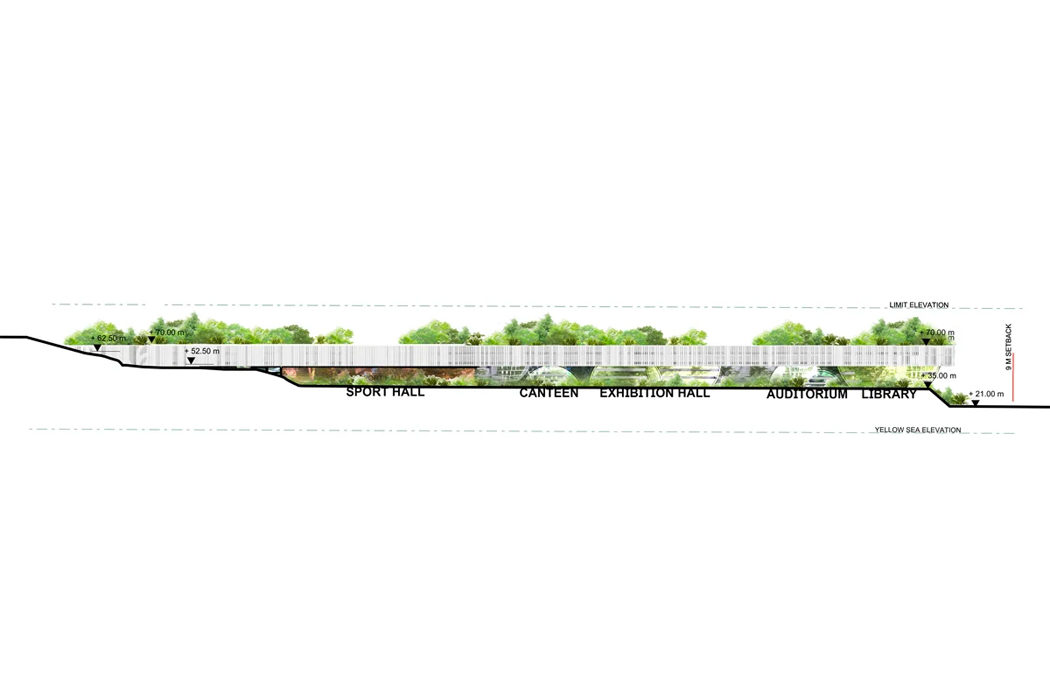 This section of the campus spans 700 meters in length.

Lime Studio will be showcasing new designs at the Salone Satellite, Milan from 16th-21st April 2008. They will be showing a range of furniture that…

Despite the prevalence of digital devices and tools, people still have a special place for pens and pencils in their hearts. Pencils, most especially, have…

Food Balls Around the Neck

You remember the ubiquitous Candy Necklace, right? Many of you probably still indulge in edible jewelry now and again. While the Candy Necklace might not…

Presenting “The Art of Expresso” – a dream station for all those that serve that morning, afternoon, and nightly cup o joe. Expresso machines have…