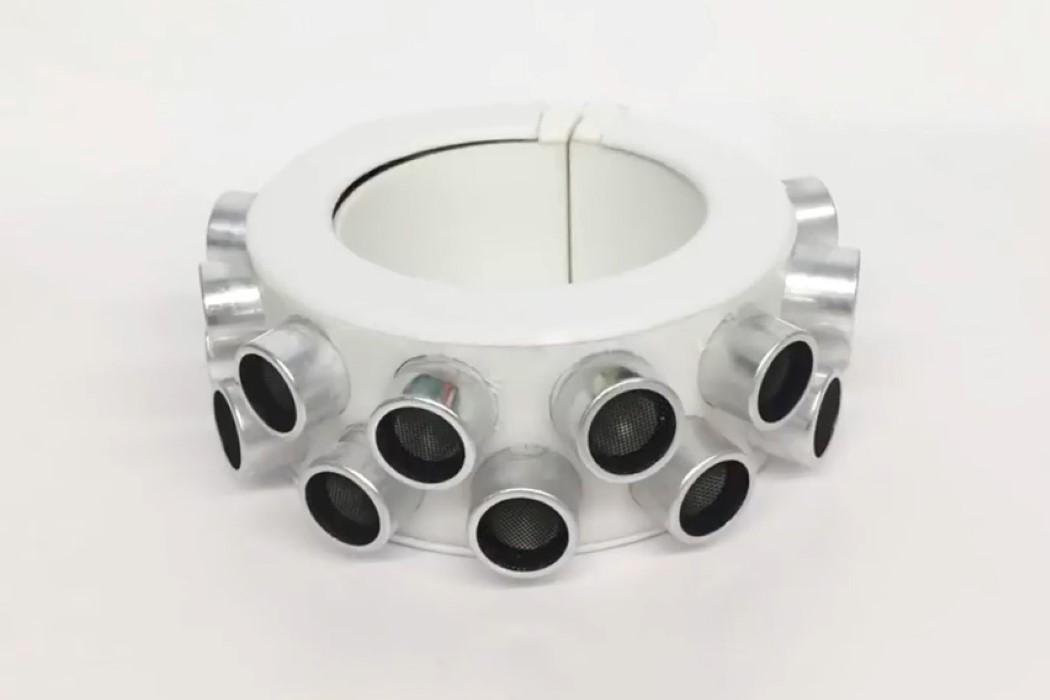 In an age where privacy is now considered a luxury, and not a necessity, where apps are constantly tracking your activities, and Alexa and Siri are third party eavesdroppers in your day to day conversations, it’s become increasingly important for all of us to pay more attention to data privacy and protection. I don’t know about you, but I’m amply creeped out and fed up with my Google searches turning up in the ad section of every social media application I open! But thankfully, designers have been coming up with innovative and tactful gadgets that help us slip out of the fingers of major tech giants! From a bracelet that prevents Google and Amazon from listening in to your conversations to a camera that turns away when you enter a room – we’ve got you covered with a range of product designs that’ll keep you safe from hackers, tech moguls, and anyone else trying to encroach upon your privacy! 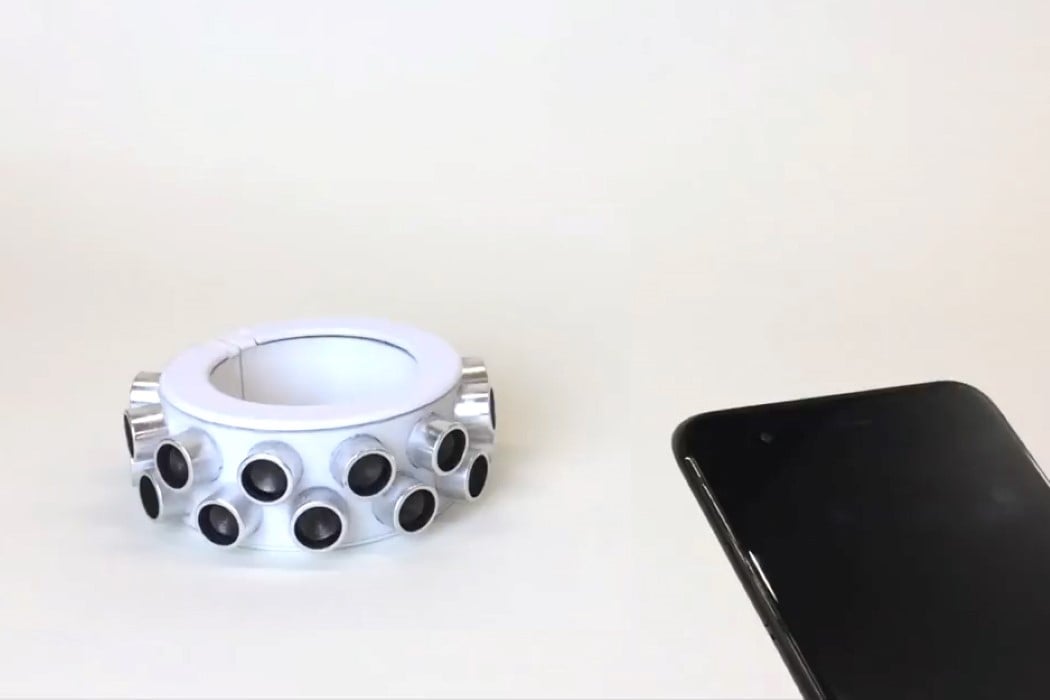 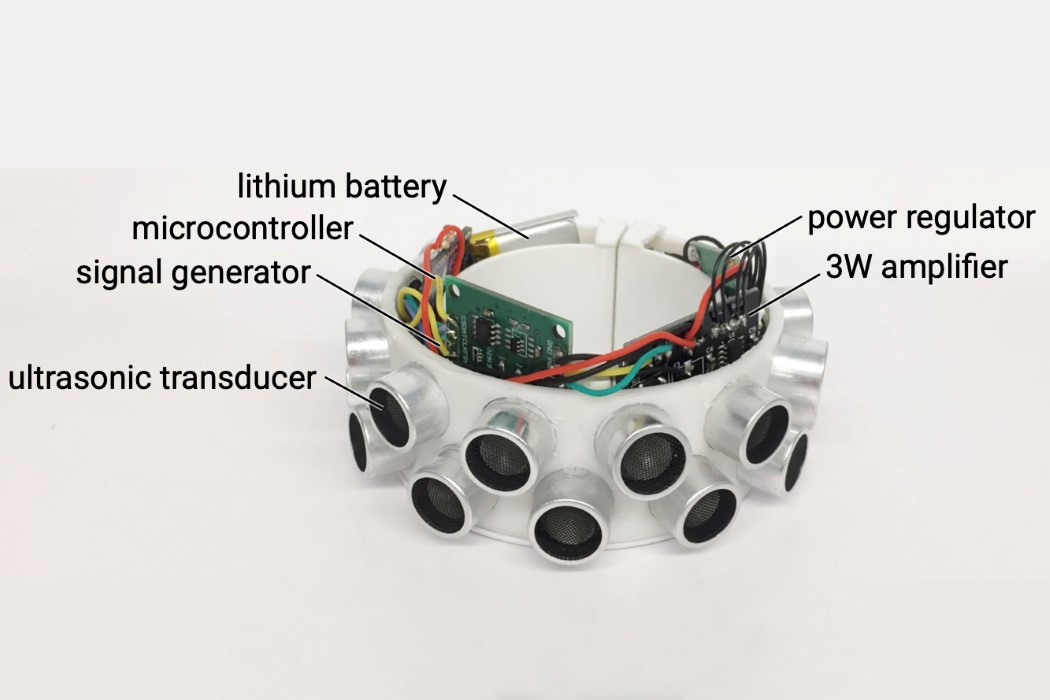 Students at the University of Chicago developed a unique, wrist-worn bracelet that can remotely scramble all sorts of microphones in a working radius of a few feet. Just wear “The Bracelet of Silence” and switch it on when you want a private conversation, and its multiple ultrasonic sensors disable nearby microphones, preventing them from being able to hear anything you say. The wearable comes with an array of 24 ultrasonic transducers that jam microphones in ALL directions. When worn on your hand, the jammer uses your hand’s movements to increase its range and eliminate audio blind-spots, effectively jamming all sorts of microphones (even ones hidden from view). The video above successfully demonstrates how the jammer works… in fact, it even disables the video-recording camera’s in-built microphone, preventing you from hearing anything the subjects of the video are saying! 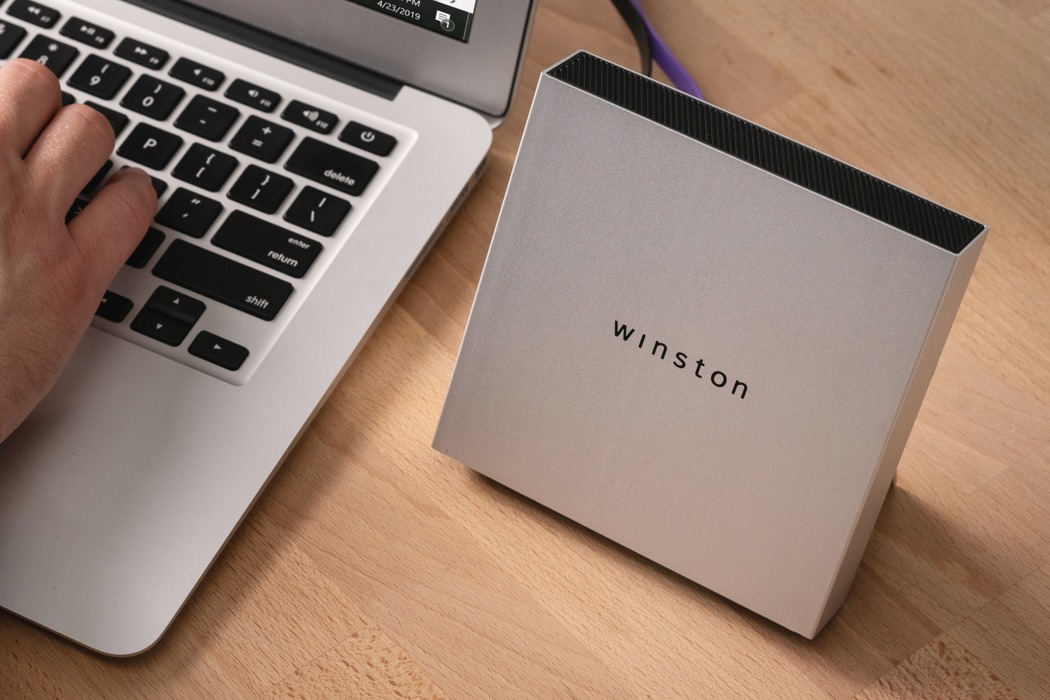 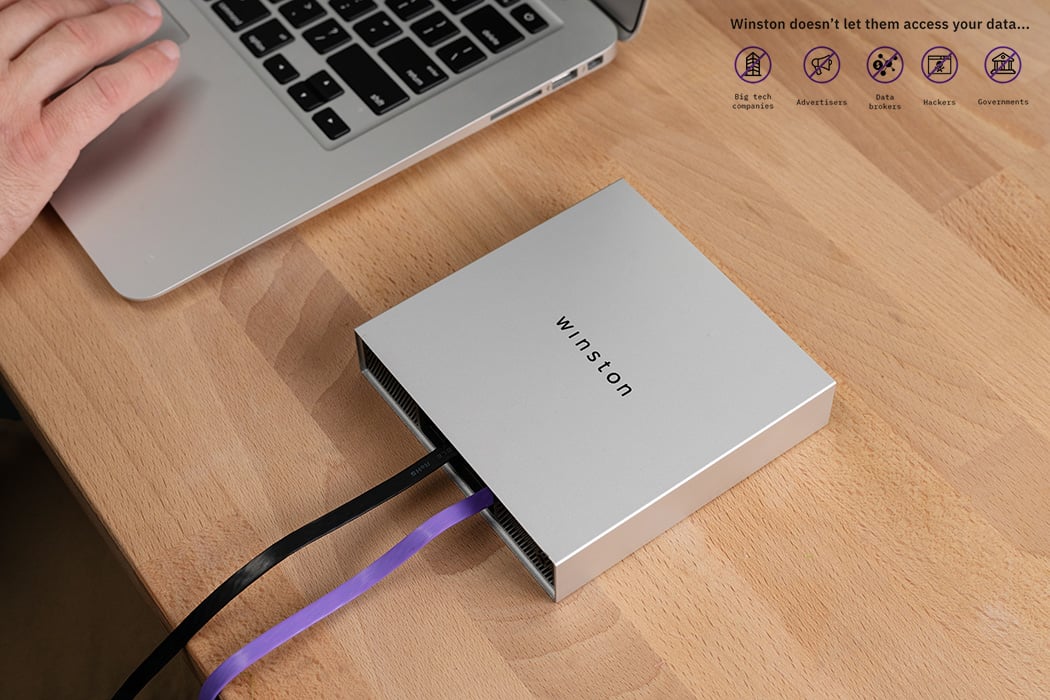 Designed as a mysterious pristine-looking silver box (courtesy Winston Privacy’s partnership with design studio MNML), Winston has the demeanor of a trustworthy, robust, no-nonsense device. Working with Winston’s software, the box connects directly to your Wi-Fi router, providing you a secure internet across all your devices. Winston doesn’t just prevent apps and smart-devices from stealing your data. It blocks ISPs from snooping on you, blocks ads, pop-ups, and periodically deletes cookies. Ridding your internet connection of all this excess baggage, Winston allows you to browse the internet faster and even cuts down on your data usage. Besides, it blocks hackers from being able to tap into your webcam, doorbell, or your Wi-fi router, giving complete access to a truly private internet experience that’s absolutely within YOUR control. 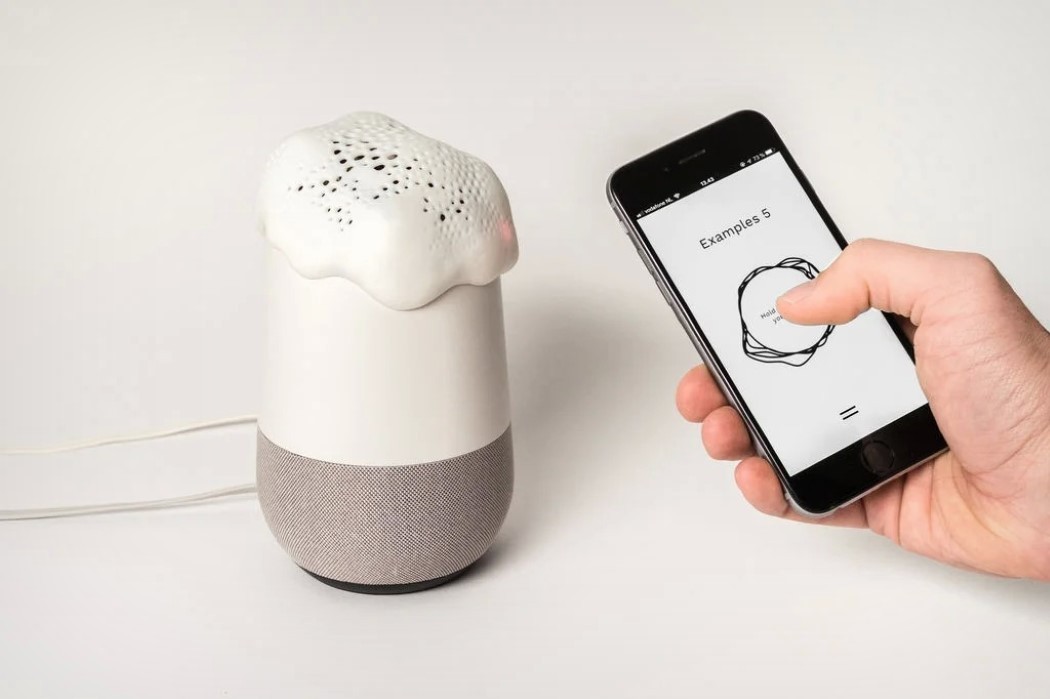 Project Alias looks and behaves like a parasitic fungus, in the sense that it latches onto its host, feeding off it and inhibiting its functions for its own gain. It may sound a little extreme, but it does it all for the sake of privacy. Smart speakers now sit in one out of three American homes… and while they’re great in terms of convenience, they’re a privacy nightmare. Smart speakers are always listening in on everything you say or do around your home, and companies create databases and profiles based on the tonnes of information they collect to sell ads and products to you. The two largest players in the market, Amazon, and Google, literally have business models that revolve around harvesting personal data to sell to the highest bidder, which in turn sell you products and or services. The Project Alias device sits atop the smart speaker, like a fungal growth, blocking out its microphones, so that the speaker can’t listen to you. However, when you do want to access the smart speaker, say a keyword, and the Project Alias lets your command through to the speaker, effectively deafening the home assistant when you don’t want it listening, and bringing it to life when you do. 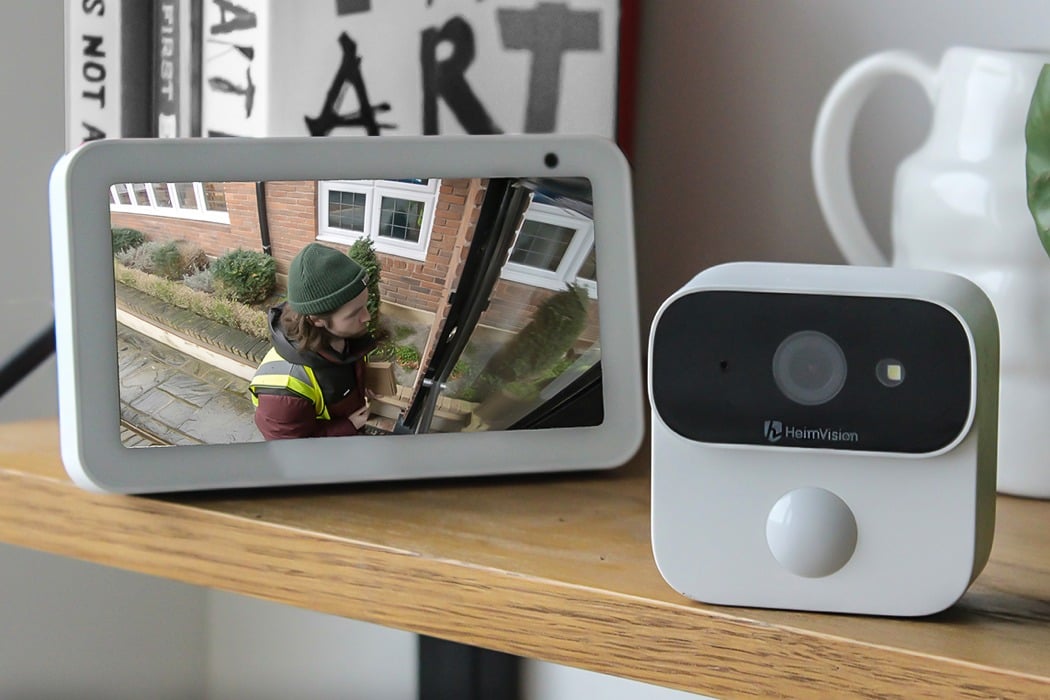 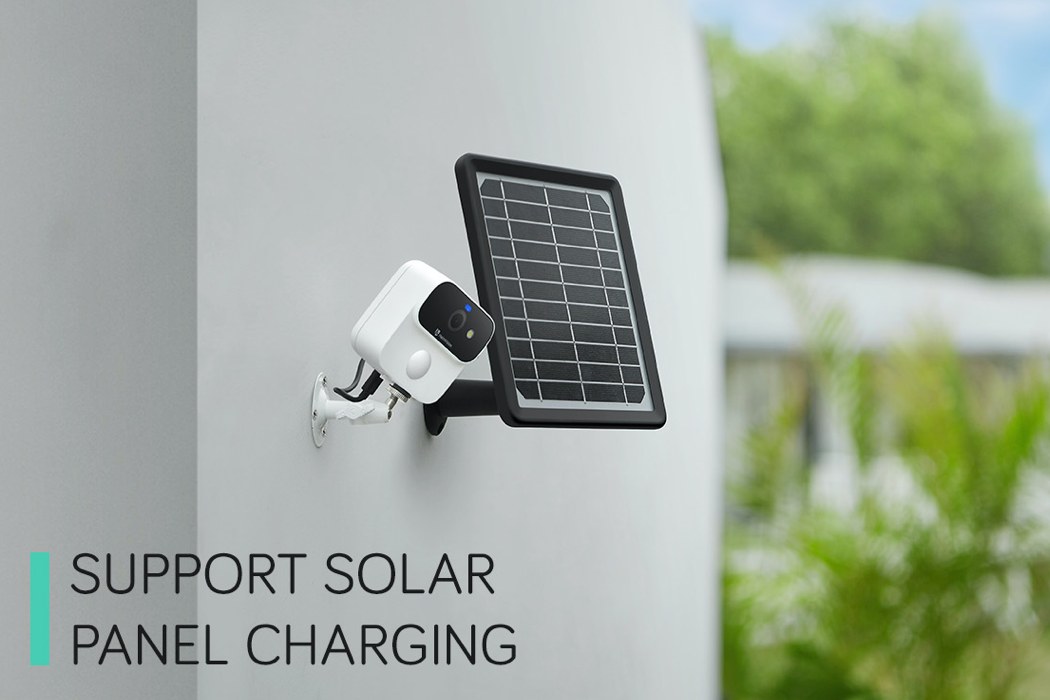 The HeimVision Assure B1 is a culmination of a lot of good ideas into one, neat package. It’s a CCTV but works as a two-way audio teleconferencing device too. It runs via an app, but can even be commanded via Alexa, making it simple to use without needing your phone around. The Assure B1’s basic kit (that’s the $79 one) comprises one wireless camera and one central hub that sits within your home. The camera features a tripod-mount for easy installation and runs on rechargeable AA batteries for a solid 12 months (with the option of hooking it to a solar panel for uninterrupted continuous power). The camera unit is a small, robust little device that weighs a mere 181 grams, but packs a solid punch. It can capture video in 2K Ultra HD with a 130° FoV, and even sports colored night-vision. Fitted within its Stormtrooper-esque white and black body is also a passive infrared sensor that can detect motion as well as identify humans. A built-in floodlight helps illuminate the area at night, potentially scaring away any intruders, while the two-way audio I mentioned earlier lets you converse with people, leaving instructions for your delivery personnel, or letting people at the door know if you’re away. An IP65 rating on the camera means it can practically brave any weather, from sun, rain, and storms to even blizzards. 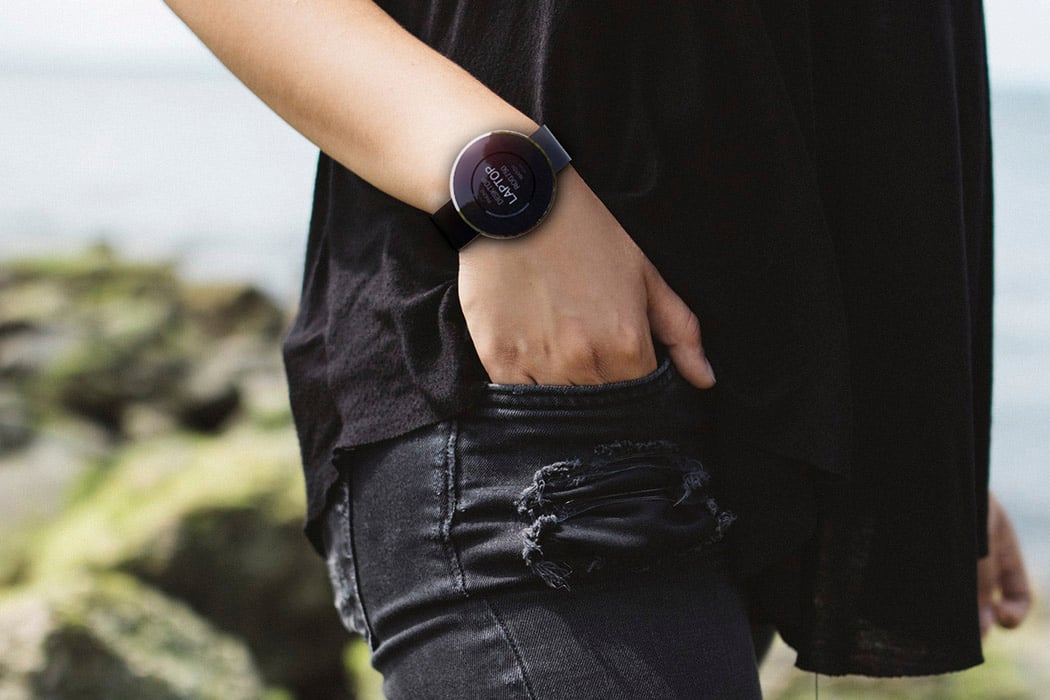 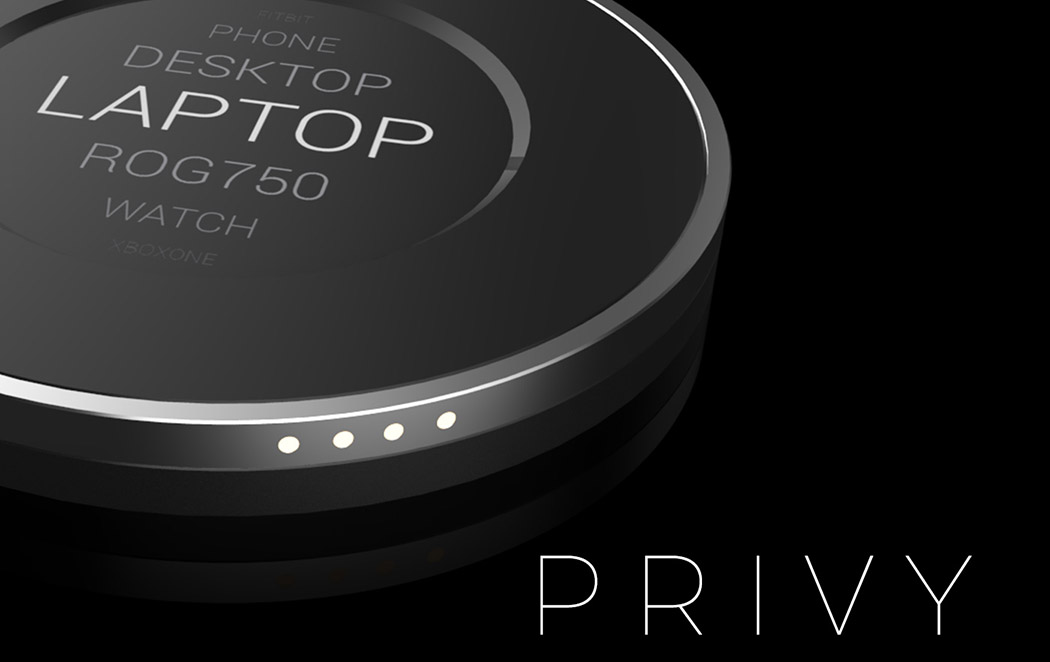 Privy is the perfect name for this high-end security system designed to be a digital watchdog over all your devices! It offers 2-factor authentication to protect users from security breaches. A digital key to all your connected devices, it provides an additional layer of security along with your device passwords. Wearable as a watch, or easily tagged on any other item, Privy helps you remotely lock and unlock your devices using fingerprint scanning to authenticate the user. Cybercriminals will be deterred by first having to hack into Privy then hack into your individual personal device to access your data. To register connected devices onto Privy, users must connect to a laptop and configure settings, including fingerprint authentication. 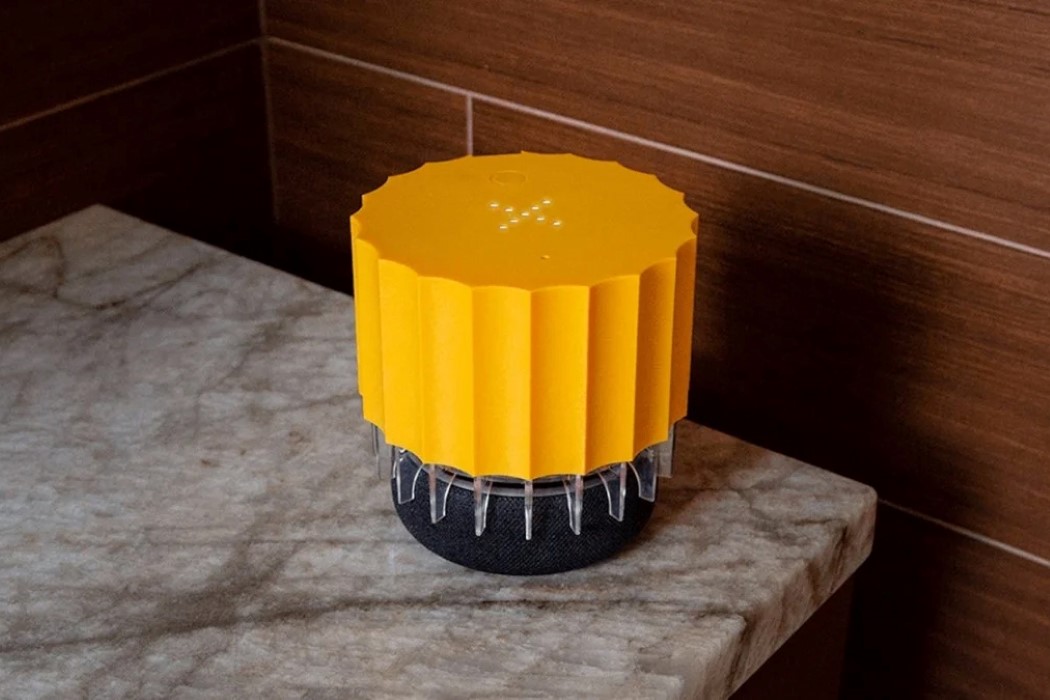 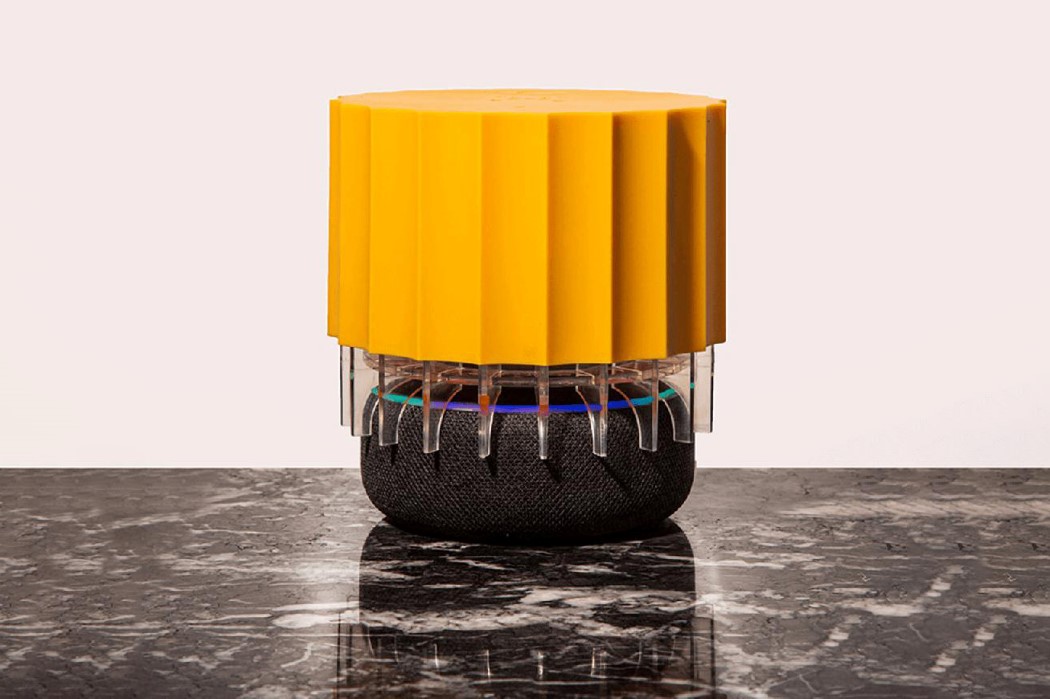 The Alexagate is a clever hack that sits on top of the 3rd Gen Echo Dot or Echo (sort of like a tin-foil hat) and prevents their microphones from listening to you. The bright yellow device can be activated by clapping thrice whenever you want to have a private conversation and deactivated with an additional 3 claps when you want to ask Alexa to play some music or give you the recipe for Chicken Tikka Masala. The Alexagate device uses 7 strategically placed ultrasonic speakers to disable the Echo’s beam-forming microphones from picking anything up. When active, all the Echo hears is static noise (since it’s ultrasonic and localized, you don’t). That way, Bezos won’t be able to eavesdrop on your conversations and use it to subliminally get you to buy more Pepto Bismol because he knows you cooked Chicken Tikka Masala the other day. 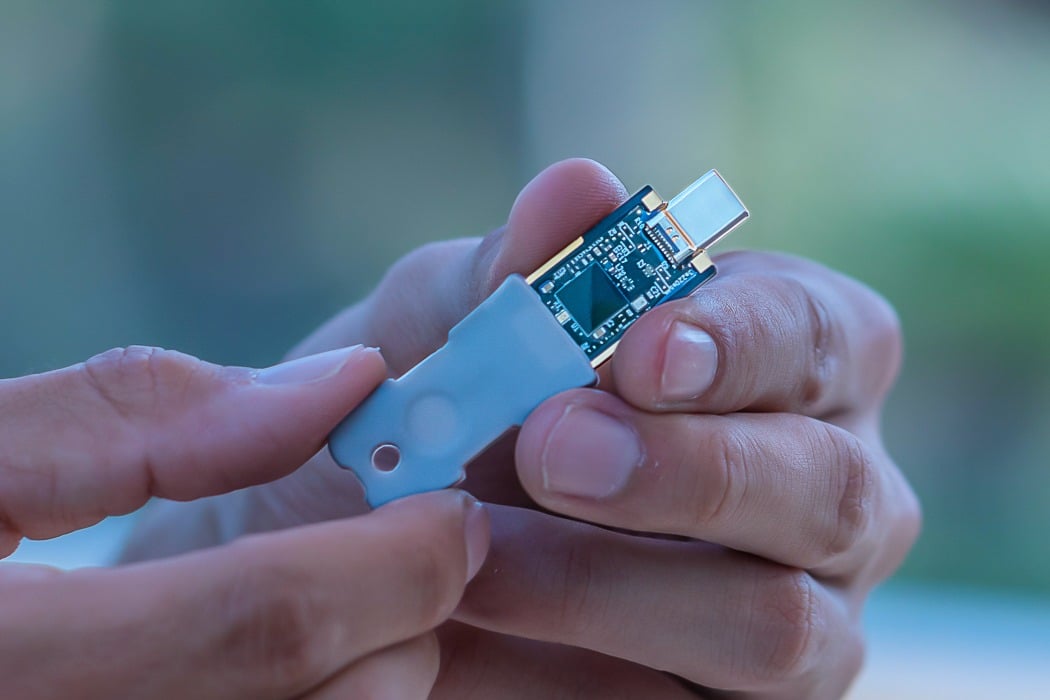 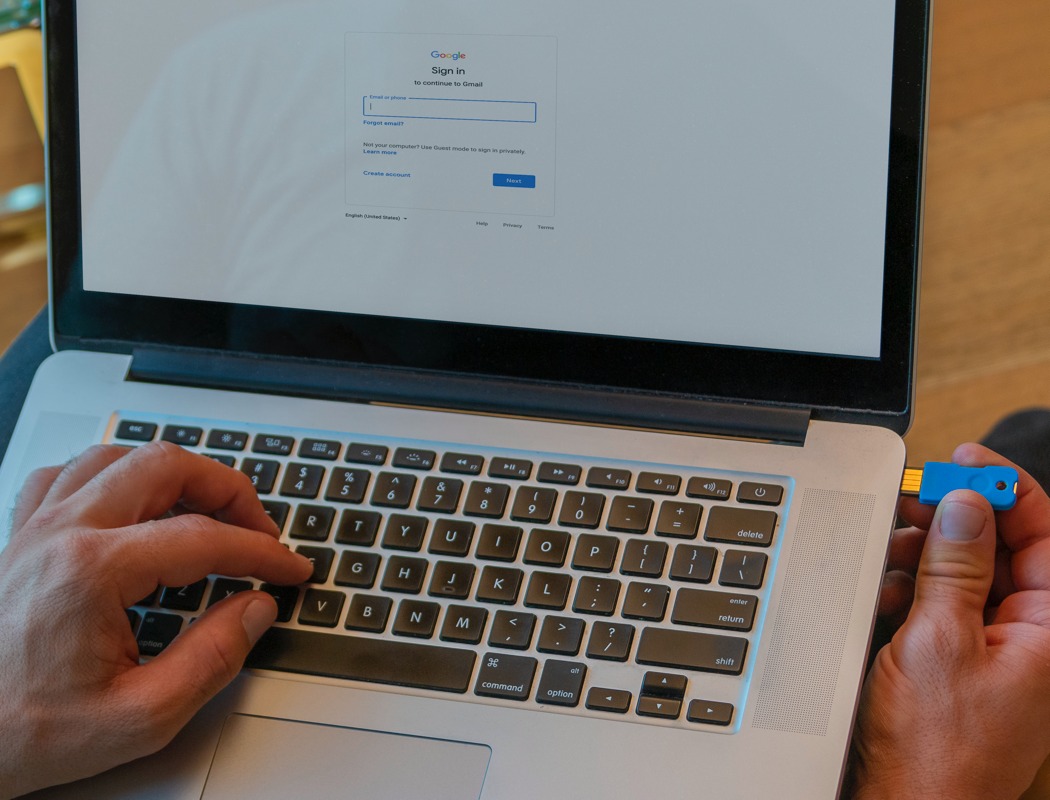 The Solo V2 is a small, portable USB stick that acts as a secure authenticator, replacing the need to remember passwords or look out for OTPs. The USB Stick comes in two variants, one with a USB-A jack and another with a USB-C jack, allowing it to work with laptops and desktops, along with older devices and newer devices. Each Solo V2 stick even comes with an NFC chip built into it, which means you can use it with your NFC-capable smartphone by simply tapping the phone on the USB stick to authenticate it. The key features reversible USB ports (so you’re never fumbling with it) and a touch-sensitive button to activate the authentication. It works right out of the box, without requiring any software installs, supports industry-leading FIDO2/WebAuthn standards, and instantly works with all major applications from companies like Google, Facebook, Microsoft, Twitter, and even with your Windows logon or GitHub repository. The device is robust, waterproof, and supports firmware upgrades that allow it to grow even more secure with time. 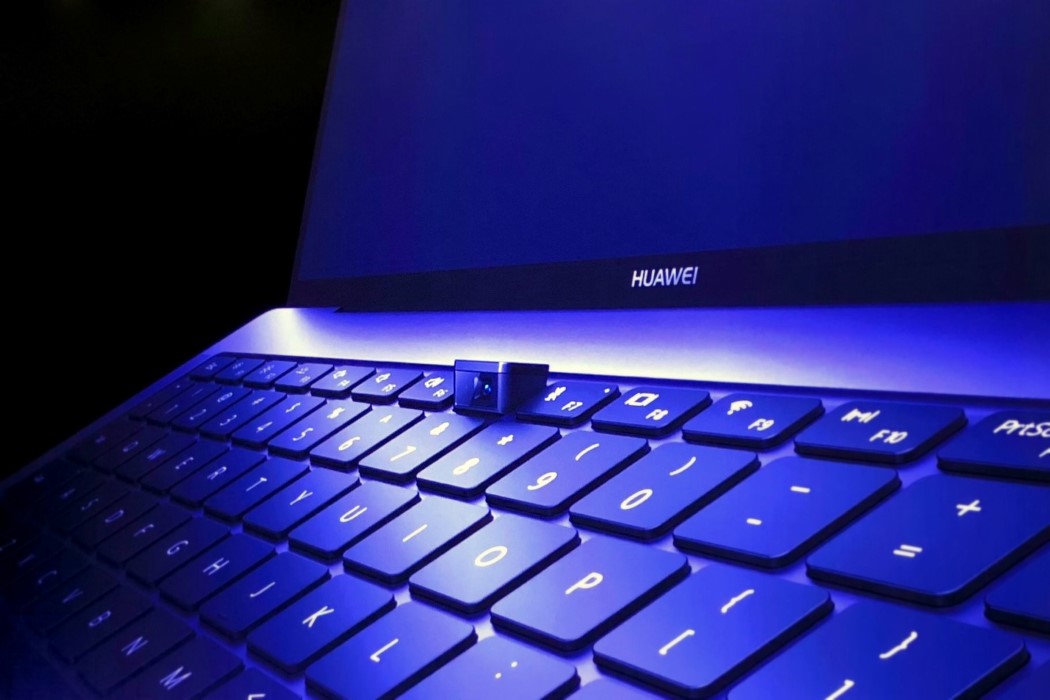 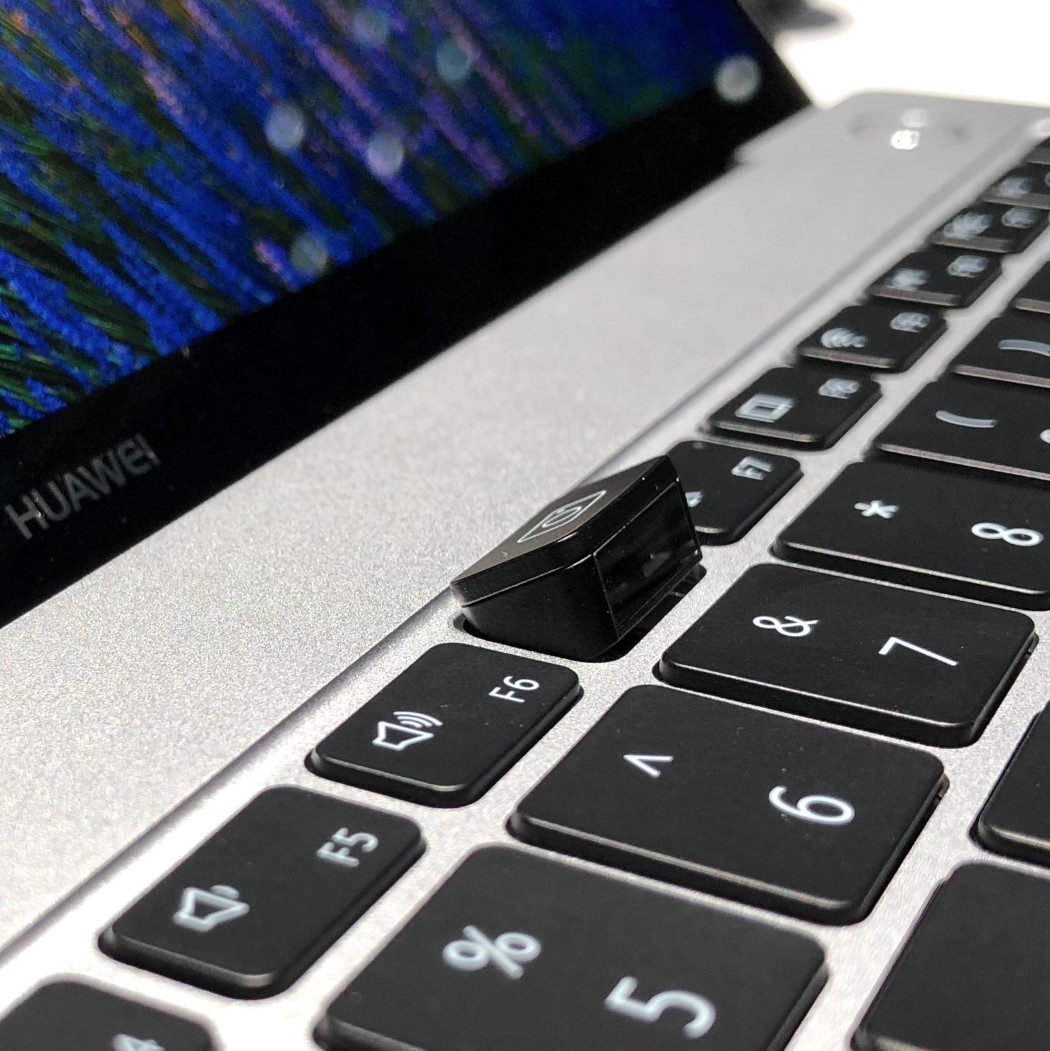 Huawei’s response to the tape-over-your-webcam phenomenon is nothing if not very James-Bondian. Hidden discreetly in your keyboard, right between f6 and f7, is a bogey key. Press it and the key rises above the surface to reveal a webcam pointing at you. Press the camera down and you’re protected from people remotely hacking into your camera and your life. The physically moving webcam would ensure you don’t have a camera pointing at you without you knowing what’s happening. When the camera docks into the keyboard, it doesn’t film anything (or rather, anything of consequence). What this also enabled Huawei’s MateBook X Pro to do is follow the rising trend of obliterating bezels around screens. Removing the webcam from the top of the screen, the MateBook X Pro, as a result, has a 91% screen to body ratio, with the upper half having a bezel only at the bottom end (where the hinge begins). 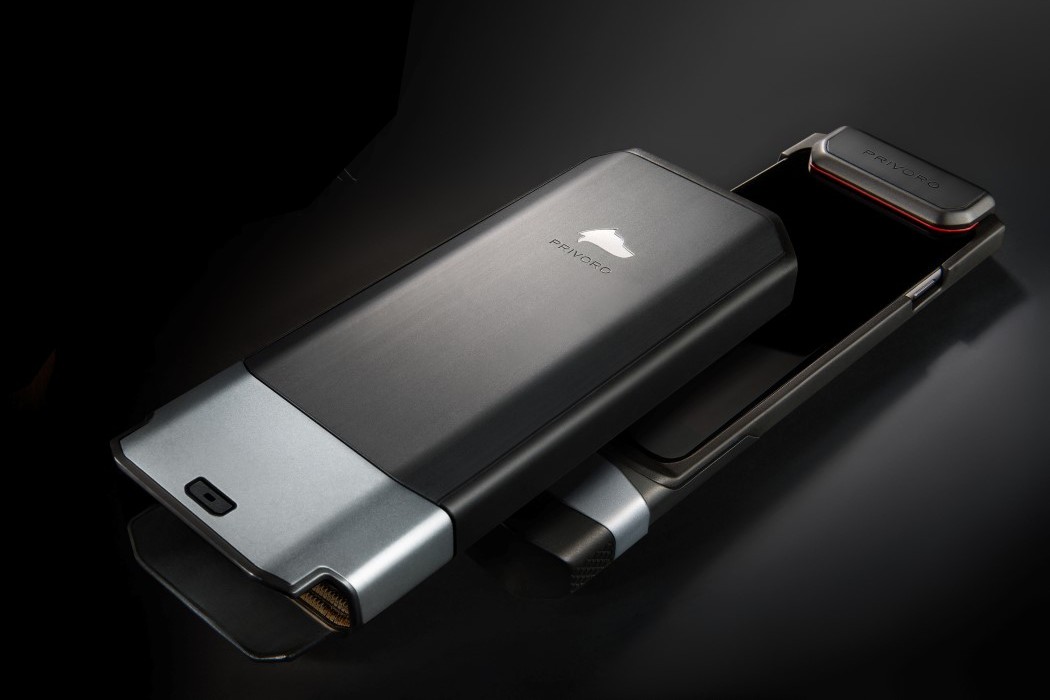 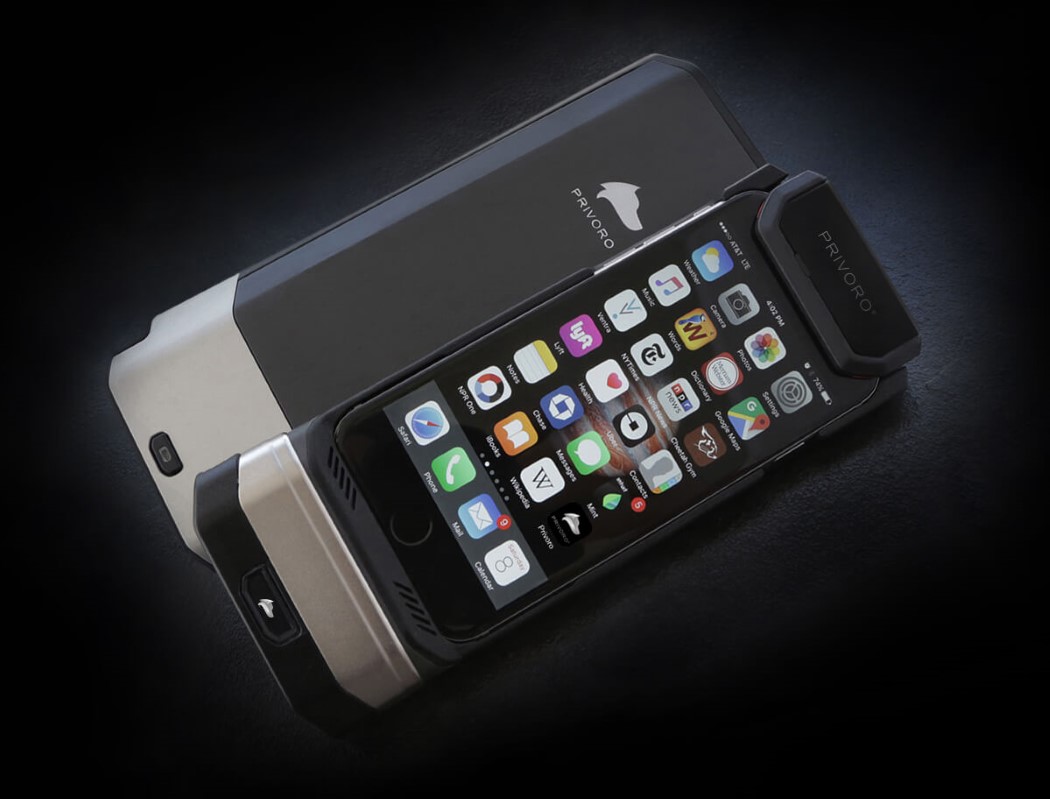 The Privoro Privacy Guard is a literal Faraday Cage for your iPhone. While everyone loves what phones are now capable of, history has proved numerous examples that the phone can constantly collect data and create a profile on you. Mark Zuckerberg tapes up his computer’s webcam up for a reason. Privoro’s Privacy Guard is a rather bulky case that traps your iPhone in limbo, blocking its cameras, ports, masking its microphones, and even preventing remote RF tracking and location tracking. It comes with a hood that opens and closes, allowing you to toggle between security modes. The case, therefore, offers two-pronged protection by “protecting” the phone from physical harm, like any case would, but also protecting you, the user, from being spied upon by rogue hackers or even the government. Oh yes, and it also gives your iPhone a rather Vertu-esque aesthetic. 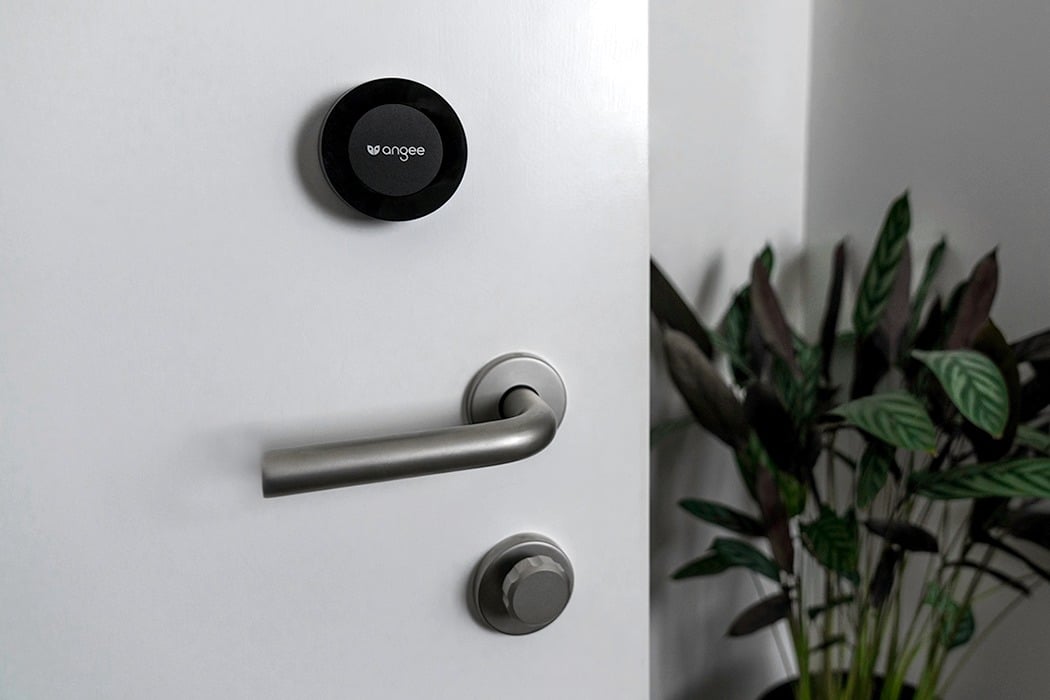 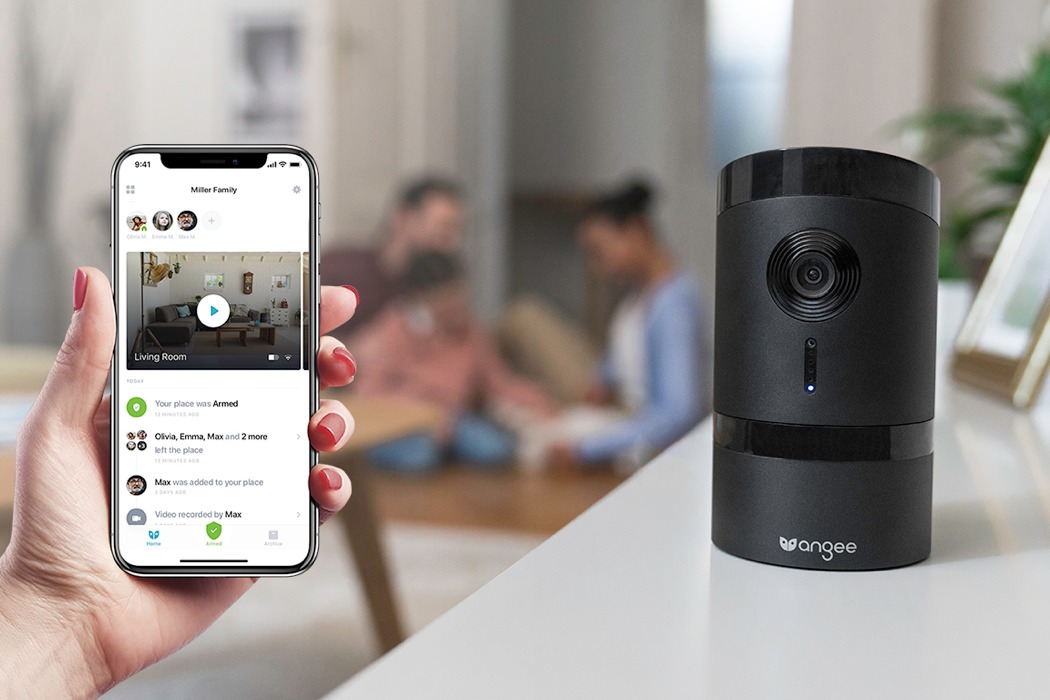 Angee, the smart camera for your home, is tackling issues we didn’t know we had already – privacy. With the ability to rotate a full 360 degrees, Angee faces away when it realizes that you’re home. This is a fantastic solution to the paranoia of constantly being watched. Even unplugging a smart camera at home isn’t enough – the lens just glaring away, staring at you…no thanks. As many would agree, Angee doesn’t exactly do much more than other home security cameras outside of that. Angee does require an additional device to be attached to the front door to determine when it should be actively recording. Probably not the most practical alert system considering Nest and various other home cameras will detect movement automatically. However, that being said, that’s a small price to pay for the luxury of privacy.

I don’t personally fancy keyboards without the palm rest. If you’re a Mac user with no such bias, Logitech has a Bluetooth keyboard you can’t…

The Window Solar Charger helps you charge your gadgets with sunshine!

https://www.kickstarter.com/projects/krystalpersaud/window-solar-charger The Window Solar Charger helps demystify and clear the air around solar panels. As simple as a wooden frame with solar panels and a…

Although 3D printing has just picked up, there are quite a few 3D printed bicycle designs out there. None, however, are made of steel. None…