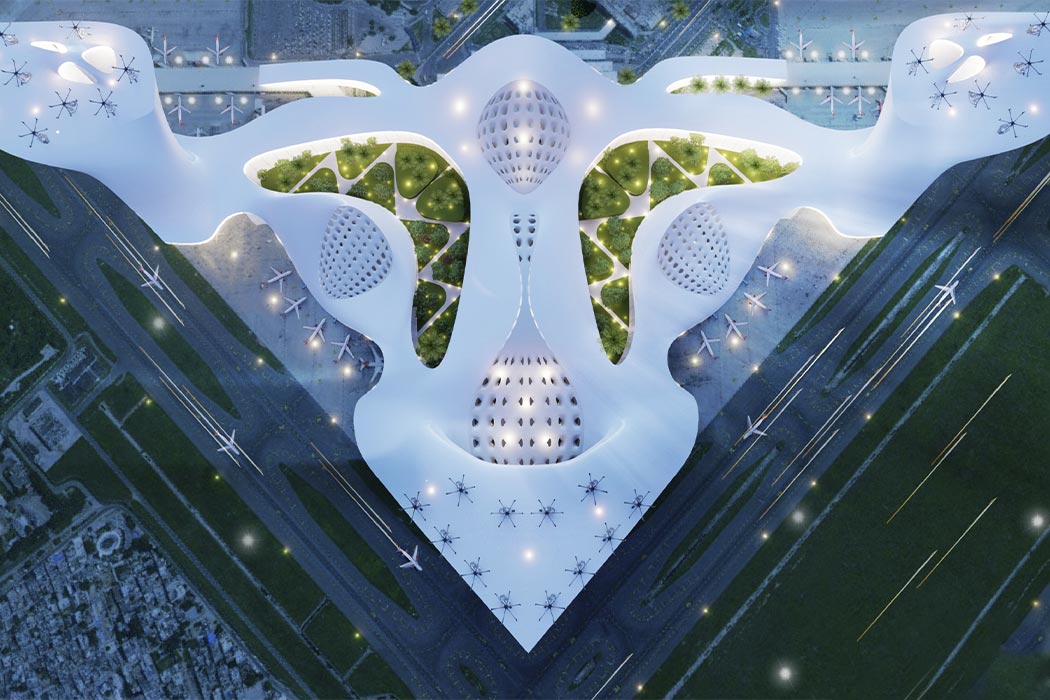 Air travel has taken a backseat this year which has given designers and architects a good amount of time to think of how they can spruce up airports while also making them more sustainable for a better future. Fentress Architects hosted their annual Global Challenge which is a student design competition running since 2011. The Fentress Global Challenge represents the company’s commitment to advancing innovative design in public architecture and attracts young talent from around the world. This year’s winner was The Green Gateway — a zero-emission multimodal airport by Nikhil Bang and Kaushal Tatiya.

The students from Southern California Institute of Architecture transform India’s Indira Gandhi International Airport in New Delhi into a sustainable and culturally engaging hub that is also capable of purifying the air. The idea was to design a structure that can reduce the environmental impact of air travel while enhancing mobility across New Delhi which is the capital of India and one of the most polluted cities in the world. The Green Gateway proposes a future where airports are more than buildings and let the passengers connect with the site through every element of the structure. The concept has been envisioned for a future where flying cars are the norm and that means a drastic increase in domestic air travel. “As a result, we redesigned the existing terminal as a hub for six air-purifying dual-purpose towers scattered throughout New Delhi. Indoor greenery, an abundance of daylight, and arched architecture visually unite the buildings in this decentralized system,” said Bang and Tatiya.

Using sustainable design strategies to create a zero-emission concept, the structure features a decentralized system of one central terminal and six towers dispersed throughout the city – this will help regulate the purification process evenly throughout the area used by flying vehicles. These towers work as air-purifying centers as well as docking stations for the cars. Now while it may reduce domestic flights, it is increasing the vehicles in the air so to have the impact the designers wish for, the flying cars will have to be zero-emissions too. Elon, are you listening?

Designers: Nikhil Bang and Kaushal Tatiya from the Southern California Institute of Architecture 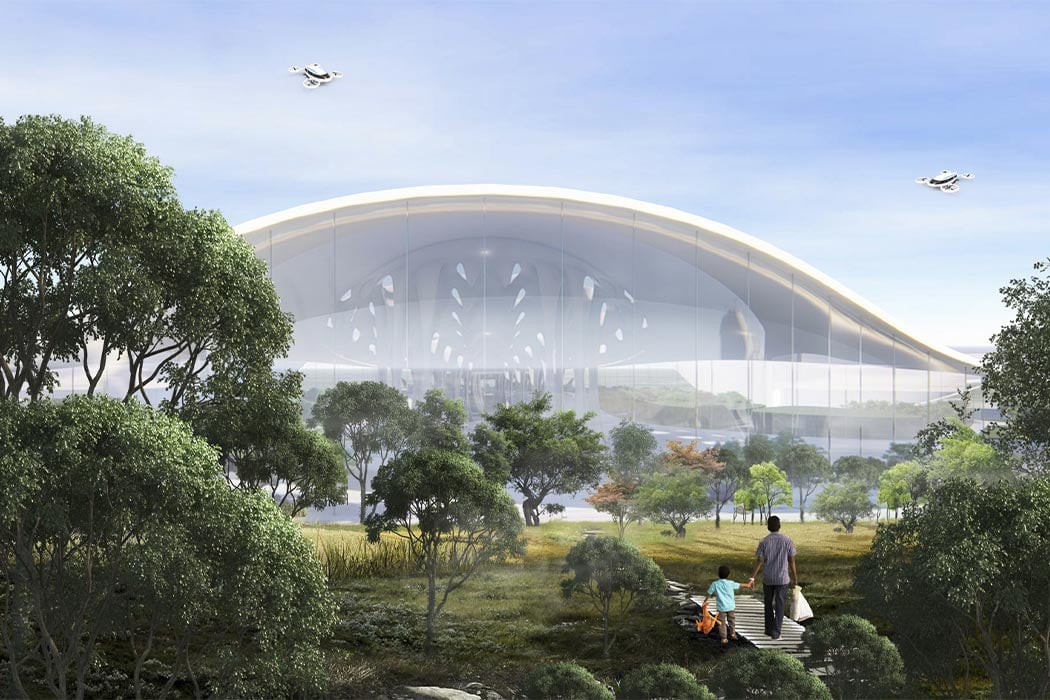 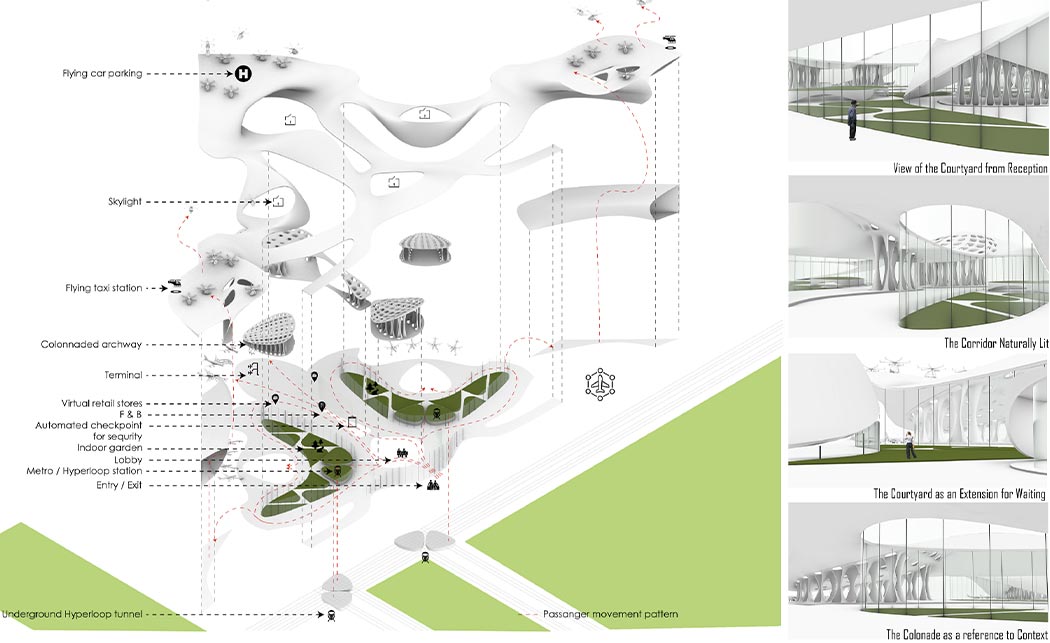 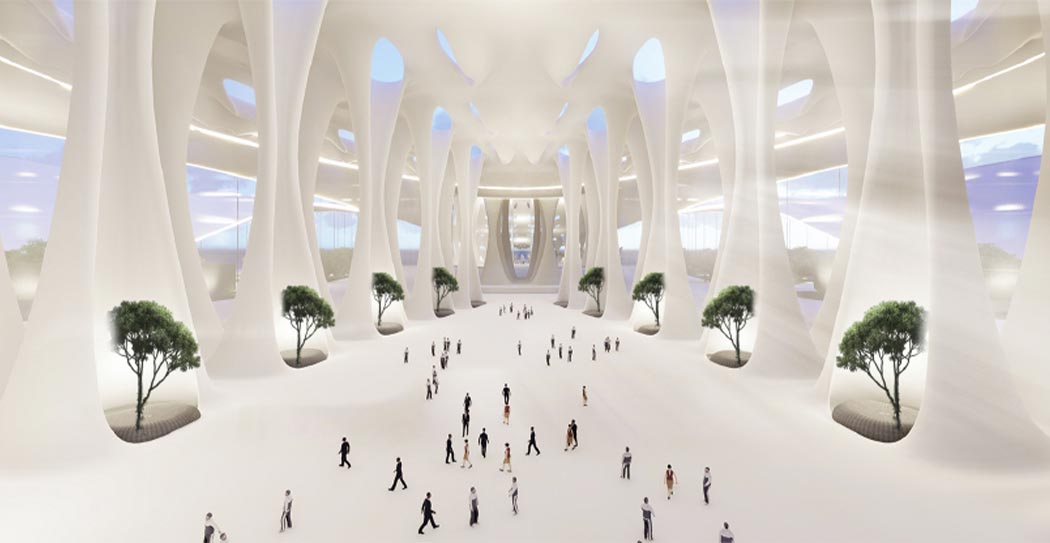 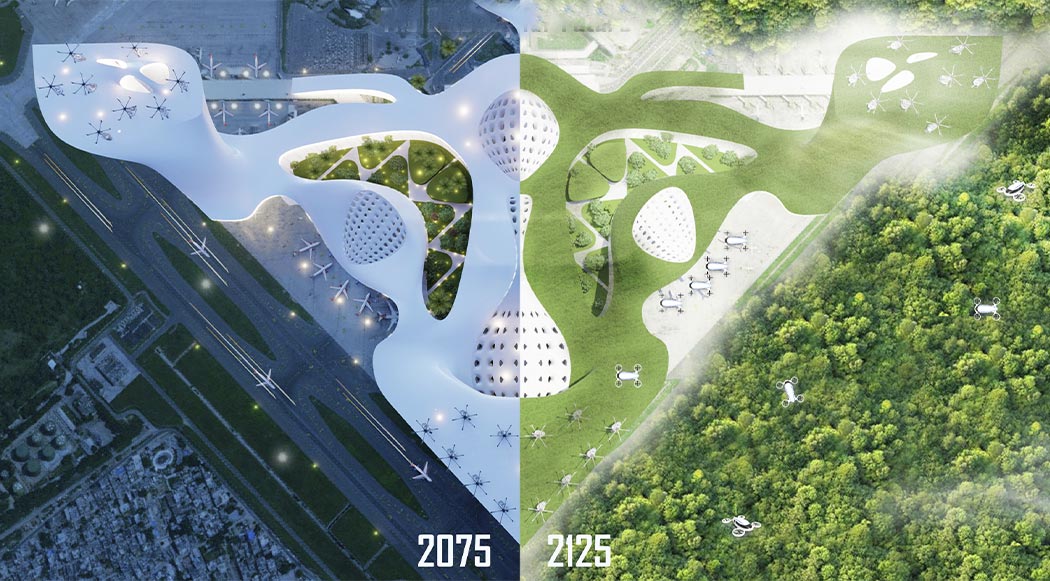 This is our fourth installment in the series, which means we’ve done this for a whole month! This week we’ve been bestowed with some truly…

Designed with cloud-computing in mind, the EYA projector focuses on maximizing ease of use, super-fast connectivity, and high quality output for the mobile world. The…

Table That Is A PC

The C-Walker is a radical PC + Table concept whose idea germinates from the fact that workstations with CPU, wires, screen and keyboard look cluttered…

Coz I’m In A Mushy Mood

At YD we are getting all charged up about Valentines, Ah! We are the lovable bunch, how else do you think our multi-cultural team would…