In our pursuit to relentlessly fix stuff around the world and make them better, we designers often forget to look at the very tools we use to create, repair, and redesign our lives. The adjustable spanner/wrench, a pretty standard part of every toolkit, was designed by a certain Swedish man called Johan Petter Johansson. The patent for his design (which looks exactly like the adjustable wrench we see today) dates back to 1892, and hasn’t seen much change in years. In fact, just 30 years later, it was redesigned by Edwin J. Evans, but the new format never caught on.

The MetMo Grip builds on Edwin J. Evans’ redesign, which now exists in the public domain. There’s something extremely simple and sophisticated about the MetMo Grip’s schematic. The wrench’s jaw is operated using a single metal piece that slides up and down a threaded column with varying pitches. Long-story-short, move the metal piece up and down and the jaws of the wrench open and close. The entire tool comes fabricated from stainless steel, with incredibly low tolerances that result in a smooth movement of parts. The wrench’s innovative mechanism makes it much easier to open and close as compared to the conventional adjustable wrench you’ve got in your toolkit, while ensuring that once opened, the jaws of the wrench are incredibly secure, allowing you to tighten or loosen screws with ease.

That, however, isn’t all that the MetMo Grip has to offer. Its robust design even integrates a box-cutter and bottle-opener into it. Its small, effective design makes it the perfect upgrade for every toolkit, allowing it to be used in workshops, repair centers, garages, and if you plan on carrying the MetMo Grip outdoors, an integrated belt hook loop allows you to secure this innovative EDC tool around your waist.

What’s really remarkable about the MetMo Grip’s design is the fact that its schematic existed over 90 years ago, but never really reached its full potential. With over a 1000 backers since the project’s launch, the MetMo Grip hopes to fix that discrepancy, and give the world a wrench that’s efficient, delightful to use, and is so buttery smooth, it could even serve as a fidget-toy! 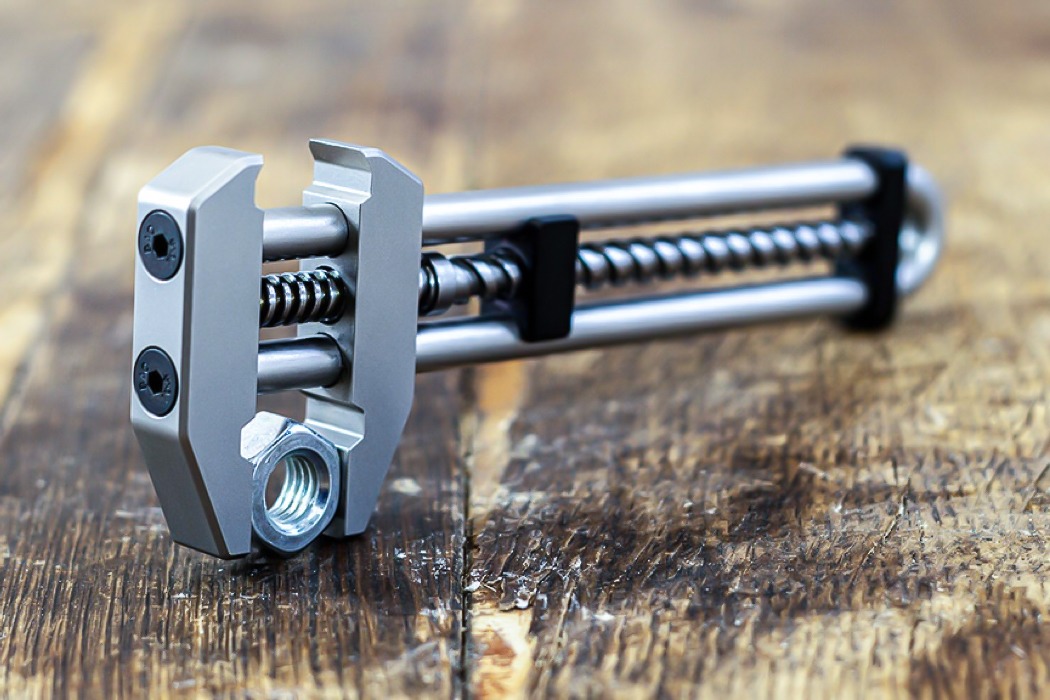 The MetMo Grip is both a fidget toy and multi-tool, keeping you satisfied for hours on end either fiddling with it or using it to clamp the life out of something.

The team found a patent of an early 20th Century variable grip wrench and immediately fell in love with the concept. MetMo Grip is a tribute to the furious innovation at the start of the last century that lead to an overhaul in the means of production and design of everyday tools. 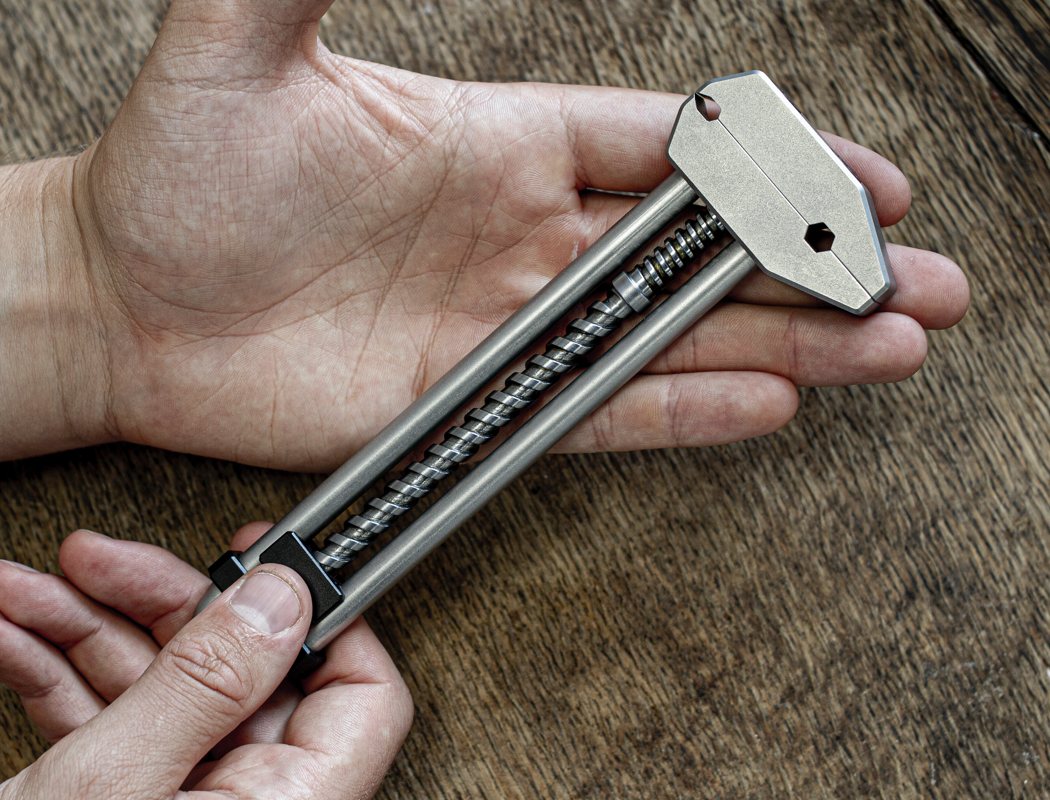 Made using modern methods from contemporary materials, MetMo Grip is an engineering oddity and marvel that’s as comfortable as a fidget toy as it is clamping together steel. 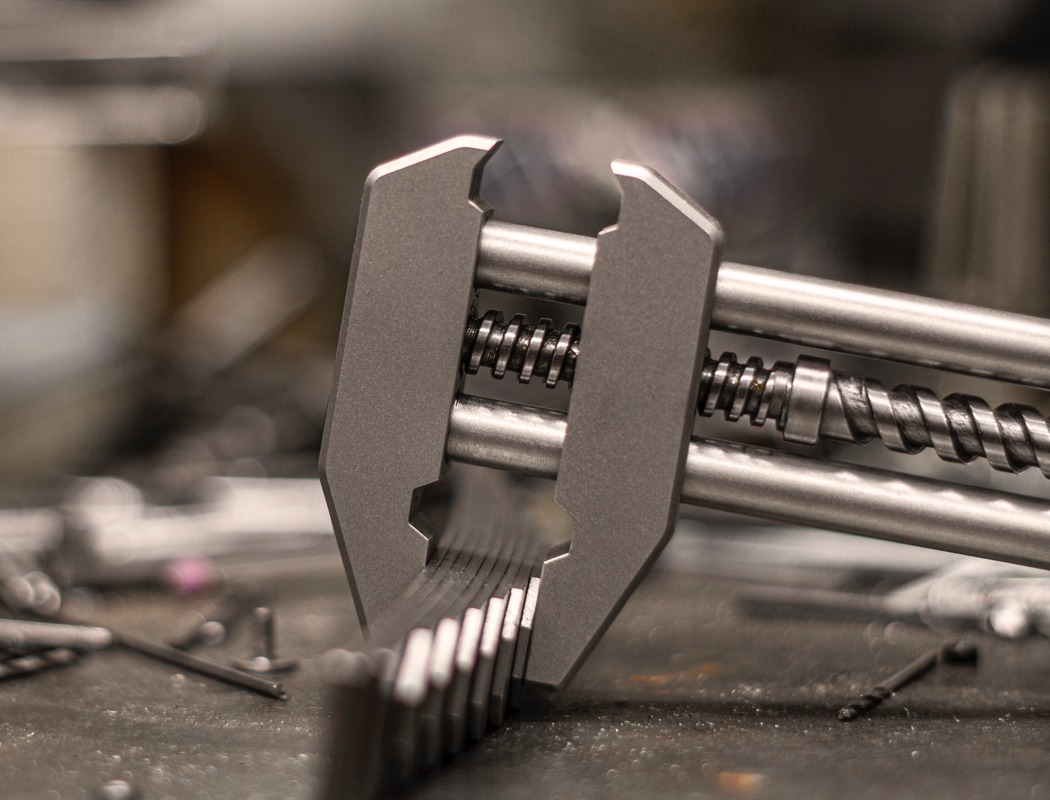 Made for designers, engineers, thinkers, and anyone who wants to just take a moment to focus, relieve stress or just play around. 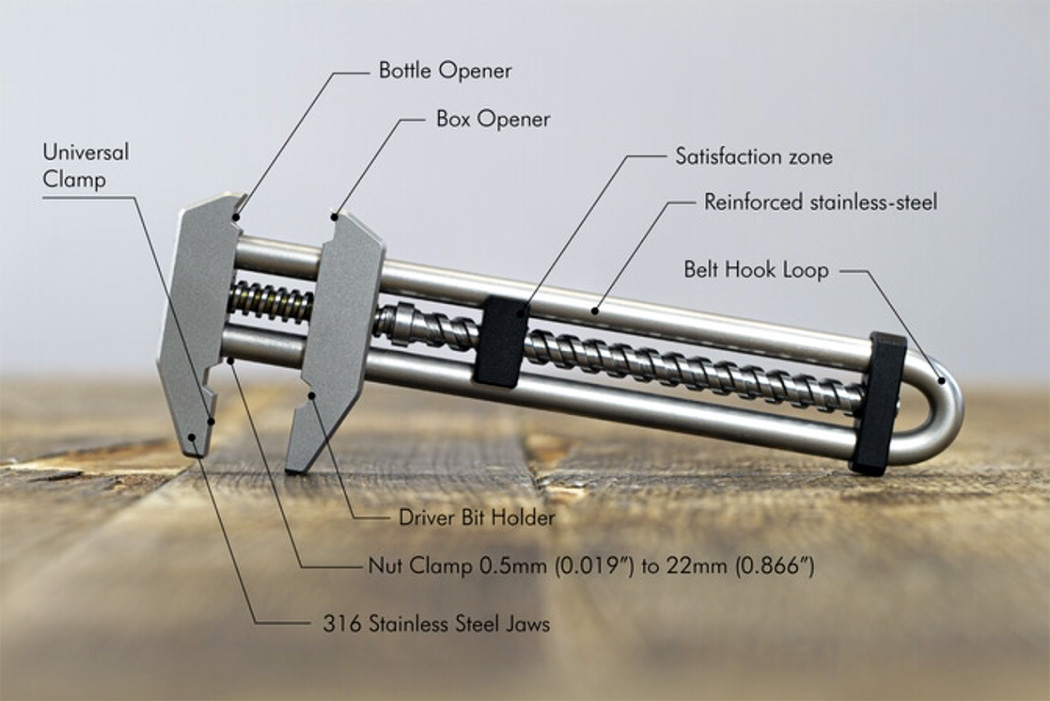 From a standard 1/4 inch bit holder to a handy box opener, the MetMo Grip is ready to tackle your daily tasks with ease.

Simply sliding the jaws open and closed is satisfying. The weight feels reassuring in the hand and you know that if you do ever need to get a grip on something, MetMo is there for the job.

No more fiddling with your adjustable wrenches, spinning the gear over and over til (maybe) you fix it in the right place. The MetMo Grip design is snap-able in a second and securely locks in place so you get it right first time, every time.

What is MetMo Grip Made Of? 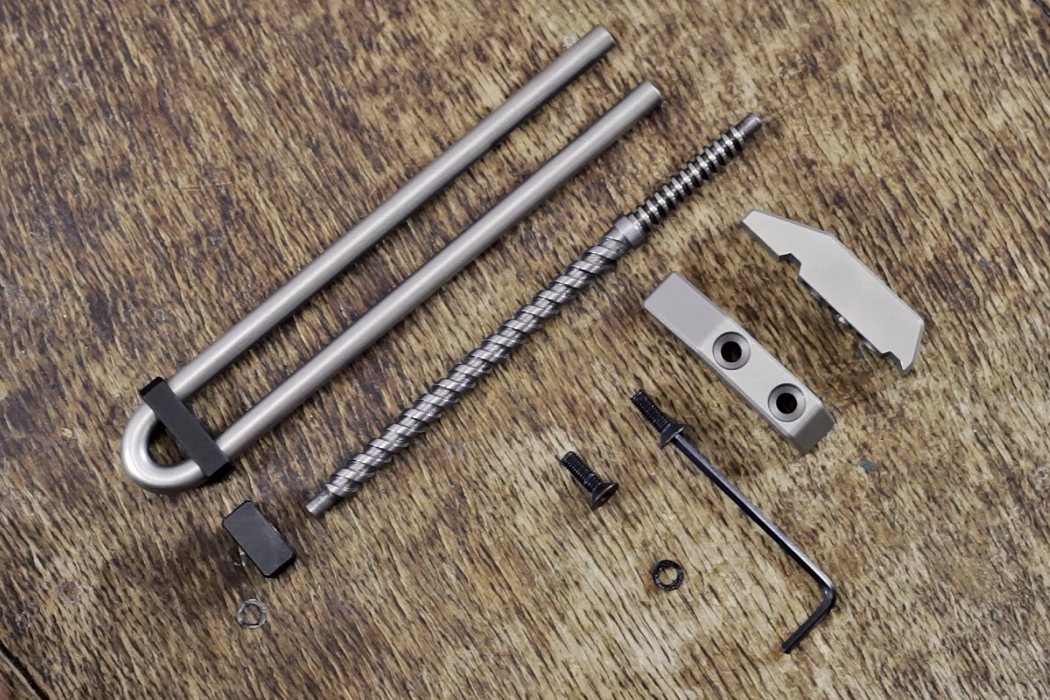 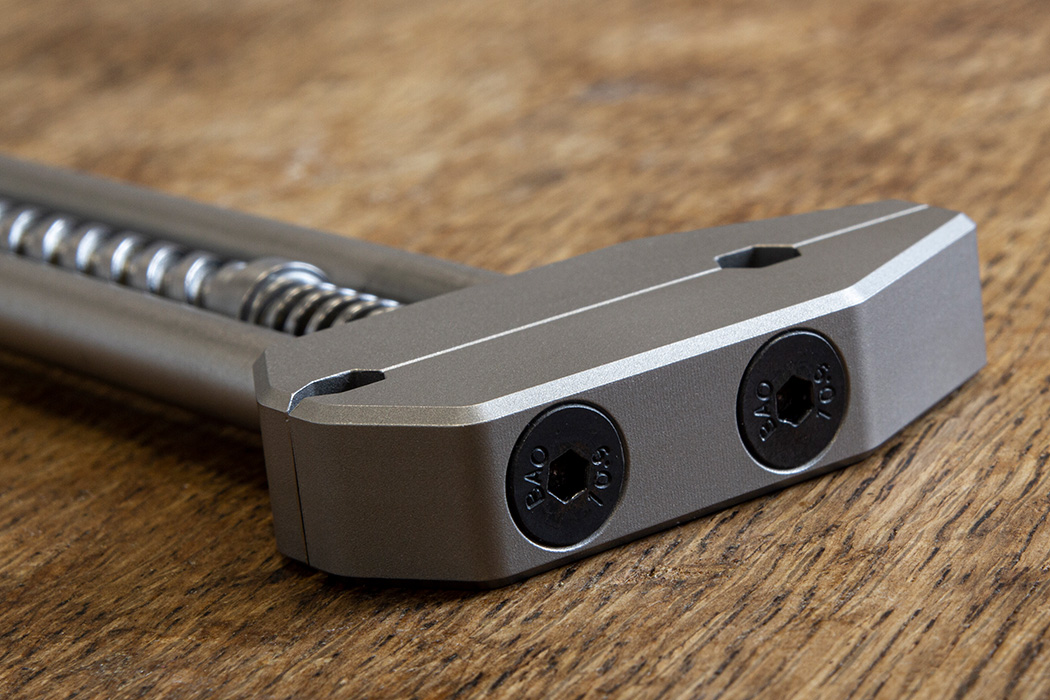 6061 hard anodized aluminum is the chosen metal for the adjuster. Lightweight and durable, aluminum adds function without adding extra weight.

Precision manufactured using five axis CNC machinery puts the grip a cut above the rest. With the precise tolerances achievable with modern manufacturing, their re-imagining of this grip is more fluid and satisfying than the original, as well as being stronger and more reliable. 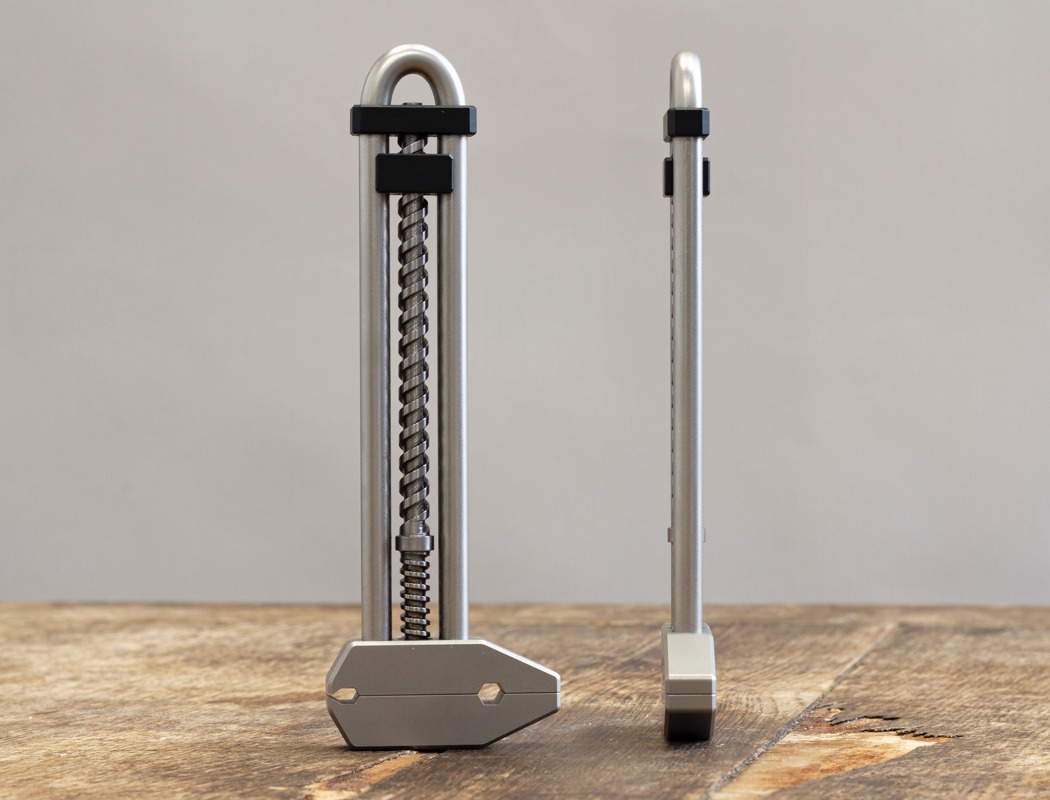 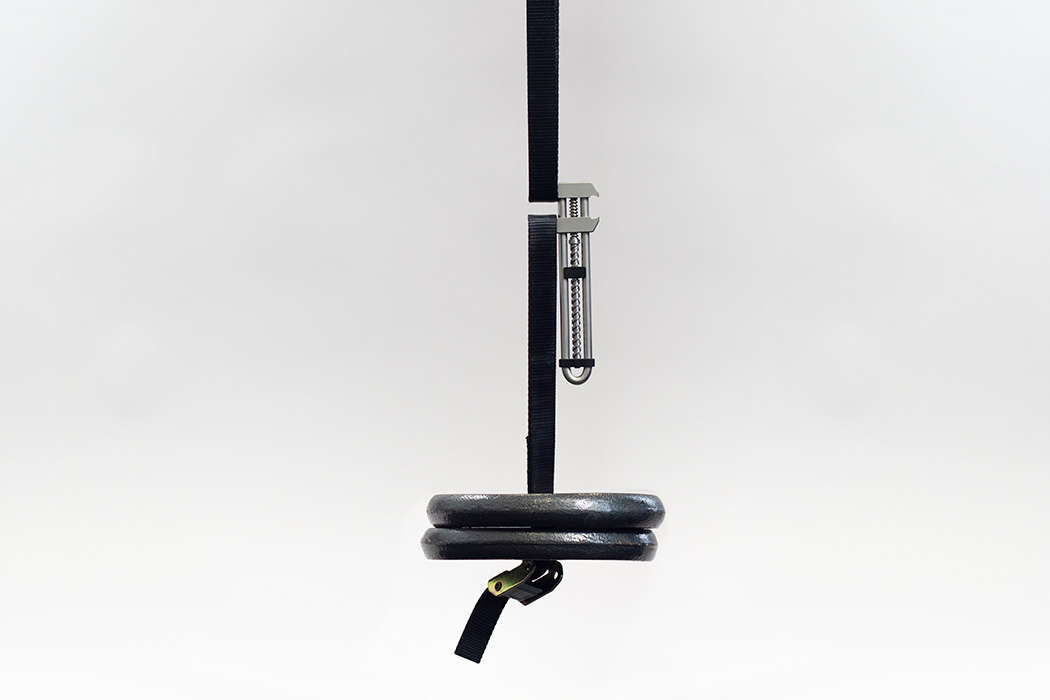 Built-in automatic locking – Simply adjust to a size and the jaws will hold firmly in place. 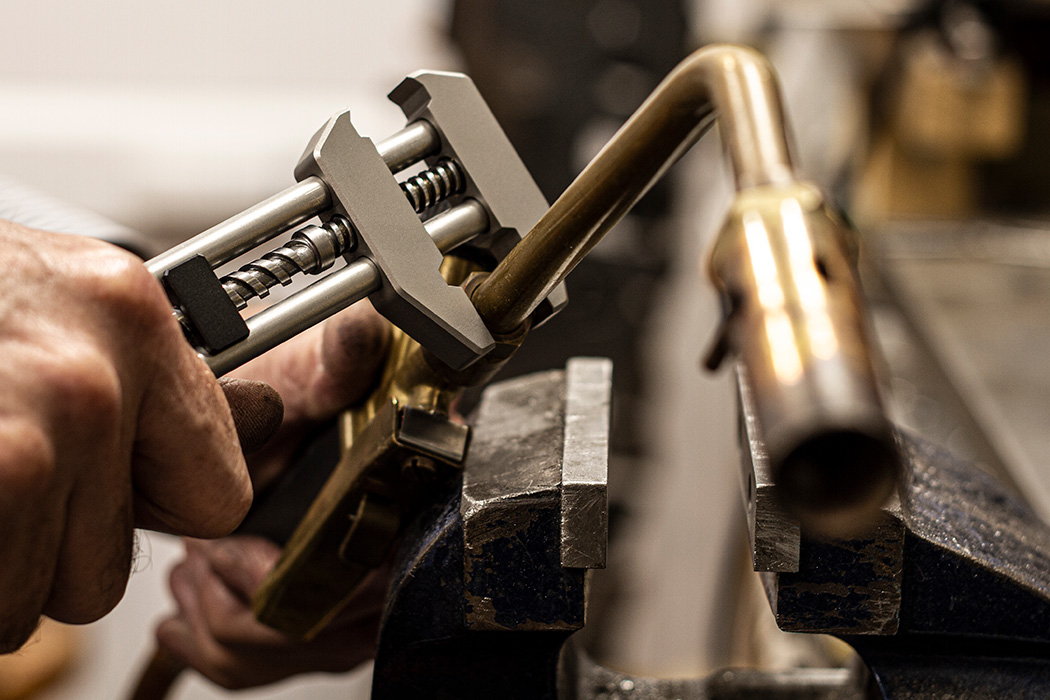 Design Team: We found the original tool and immediately fell in love with just how satisfying it was to use and fiddle with. We found ourselves constantly playing with the mechanism whilst at our desks. It was so fascinating watching the motion and feeling the weight of such a well constructed tool, it left us feeling that this was something we just had to share with the world!

So we set out to recreate this ancient design with the focus on making it useful as well as enjoyable, to have and to hold even when it’s not being used as a tool.

We wanted it to stand out against modern tools by keeping its vintage design roots, resembling the trusty engineers precision calipers.

We also wanted to honor the legacy and impact of the Wrench Wars. Without this period of rapid innovation, we’d likely have much fewer options in terms of the tools we have today. Necessity begets invention, as they say, and though now a half-forgotten relic, the Grip style can make a comeback in the 21st Century. 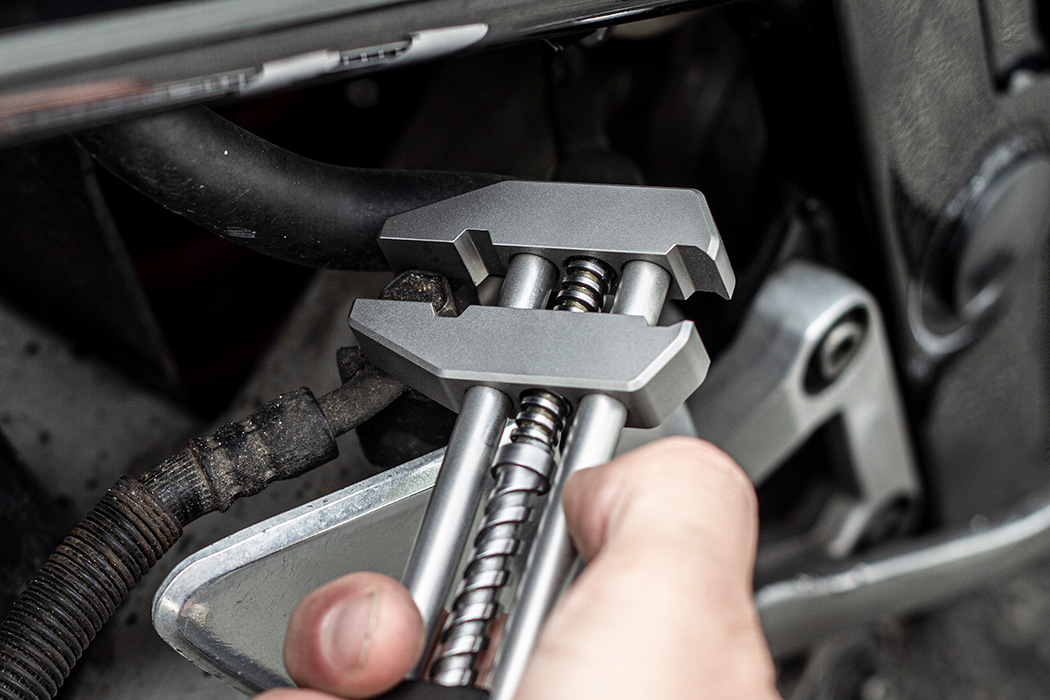 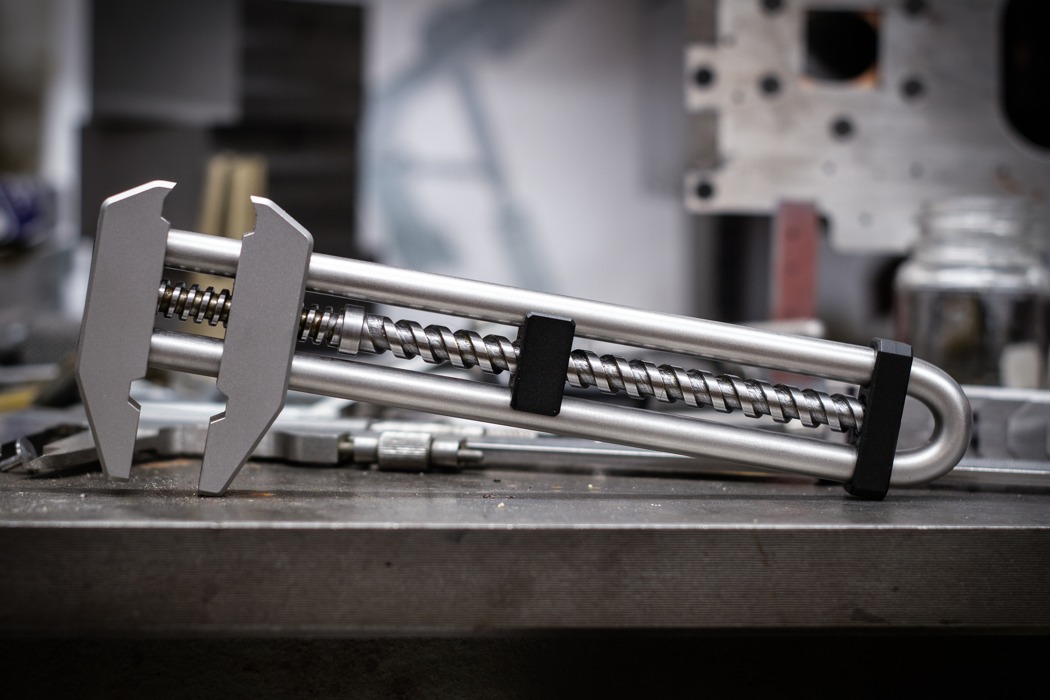 So you’re snowboarding. You’ve got your Burton board, your Burton nopattern jacket, your Burton snowpants, Burton long underwear. But what’s missing! Your gloves! Oh just…

These TWS earbuds clip to your outer ear, giving you an open-ear design with natural ‘transparency’

I never realized what a large sub-section of earphone-wearers don’t like wearing in-ear earbuds. It does seem like a relatively small amount, but given the…

I am not a medic, but I do know that if you apply pressure to a wound, the compression generally helps to heal and alleviate…