The REAL, I said. The REAL one. This is the one where you learn a real, actual, applicable beyond the game skill. Habeeb it! The designer of this project had the idea stop upon his mind-grapes while he was watching friends jam upon Guitar Hero and Rock Band all day long. He thought hey, they’re so good at this, but they can’t play a real guitar at all! Well wouldn’t you know it, he was (and is!) an industrial designer so he pumped up his muscles and got to work creating what he calls “Vision.”

Vision is a self-teaching electric guitar. It’s an LED-lit neck and body working in unison with guitar learning software. Tune is always tune, reducing the time a student uses on this elementary task. Vision teaches through games involving visual and audio feedback. Chords, percussion, and popular music are played alongside the student to provide easy assistance, allowing the student to become familiar with the instrument in an environment they’re basically already used to.

Connect to a computer with Bluetooth, plug in an amp, or go unplugged with battery. Gameplay is very similar to popular guitar games out now where students complete levels, difficulties, and unlock challenges.

Connecting to an amp allows the student to play uninhibited. The guitar has regular tone and volume knobs as well as a built-in effects system. 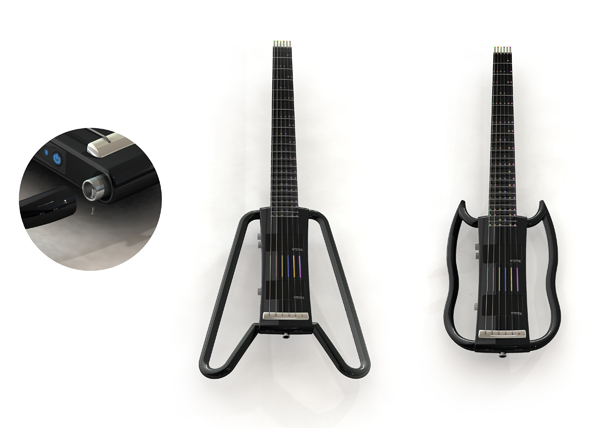 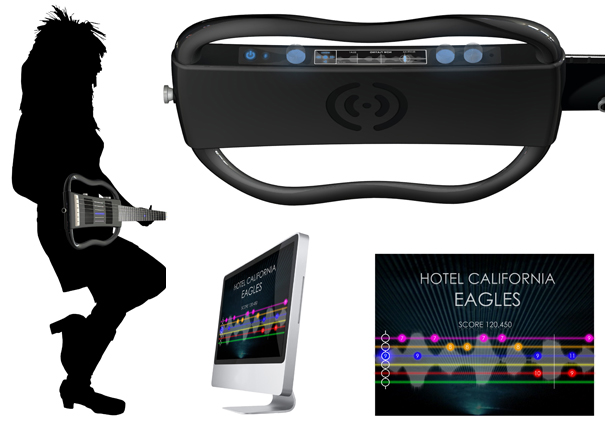 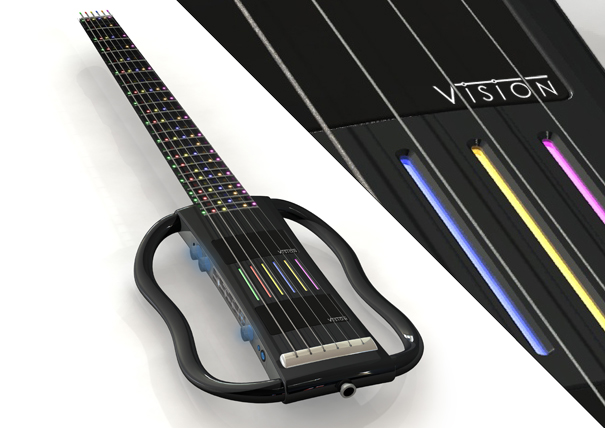 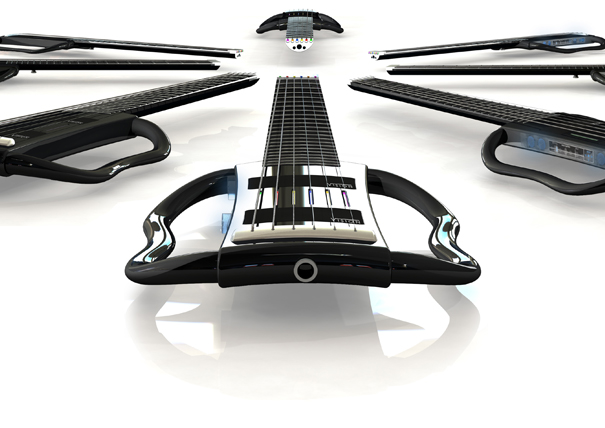 This is the age of being multifunctional, hence a concept like the Paysage Laptop sound pretty acceptable. Here is a 14.1-inch laptop that features an…

An imperative question when you are looking for some free internet access! I have a device for you here, that will turn you into the…

There are quite a few reasons to wear the Reflectacles. The first one being because they respect your privacy. Whether you’re running from the paparazzi…

Between all the cords, flash drives, cables, power adapters, and plugs we gotta travel with to make your devices interoperable, there’s hardly any room left…