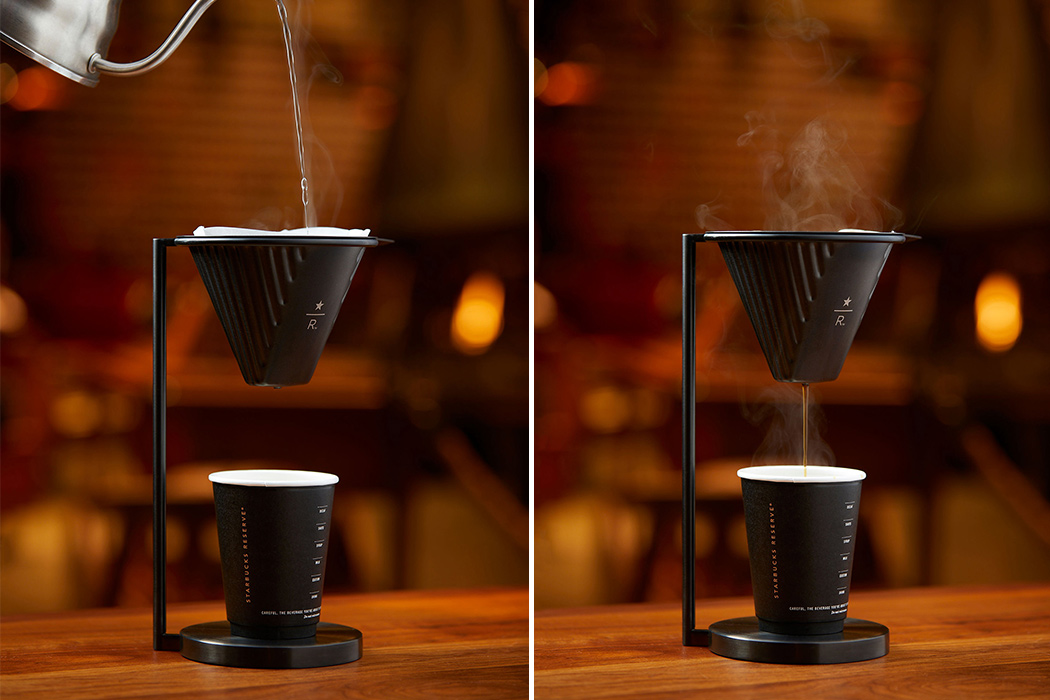 A Starbucks Reserve roastery, unlike its standard locations, is more than a pitstop on work commute or a place to write this article (in a pre-pandemic world). It looks like a high-end bar or brewery, with comfy couches and long, empty wooden counters. A Starbucks Reserve is not just a cafe: it’s an experience, one that invites the drinker to observe and appreciate the coffee-making process.

The first thing that hits us, even before entering a Starbucks store, is that intoxicating smell of coffee which acts as a siren to all the caffeine addicts. It is this anticipation and vibe that Starbucks captures, not just with its setting, but with its espresso-making tools, like the IVY Pour-Over coffee maker. Its clean, elegant design fits its environment perfectly. The holder is the same shade as the Starbucks paper cup and complements the brand’s overall color scheme. Also, unlike bulky metal espresso makers that block your hardworking baristas from view, the IVY lets you watch the coffee drip down into the cup. The Starbucks Reserve also fosters this behind-the-scenes brewing experience with its minimalistic Phantom Espresso maker, which Yanko Design previously covered. The IVY Pour-Over was designed to brew a top-notch cup of coffee. The metal cone helps distribute heat evenly, which ensures that each brew is consistently high-quality. The grooves inside allow for optimal airflow between the paper filter and the cone’s walls, allowing the coffee to bloom and release more flavor. There’s even a small lip on the funnel that helps create the perfect stream of coffee, avoiding any rough splashes or drips.

The best part about the IVY Pour-Over is that you can take it home with you. It’s available for purchase at Starbucks Reserve locations and, more importantly, is designed to adapt to your coffee-drinking routine. You can display the stand proudly on your kitchen counter or, if you prefer a more mobile coffee-filter, detach the metal cone and place it on your mug. Simple. The IVY doesn’t fully capture the ambiance of a Starbucks Reserve, but it is a worthy substitute to satisfy homebound coffee fans. 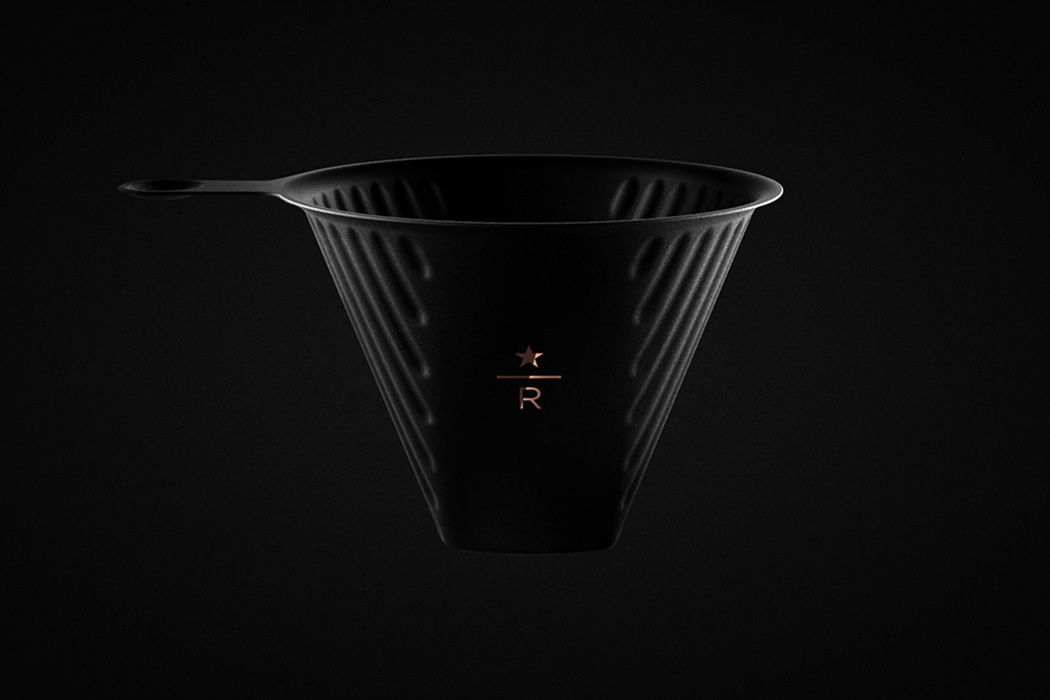 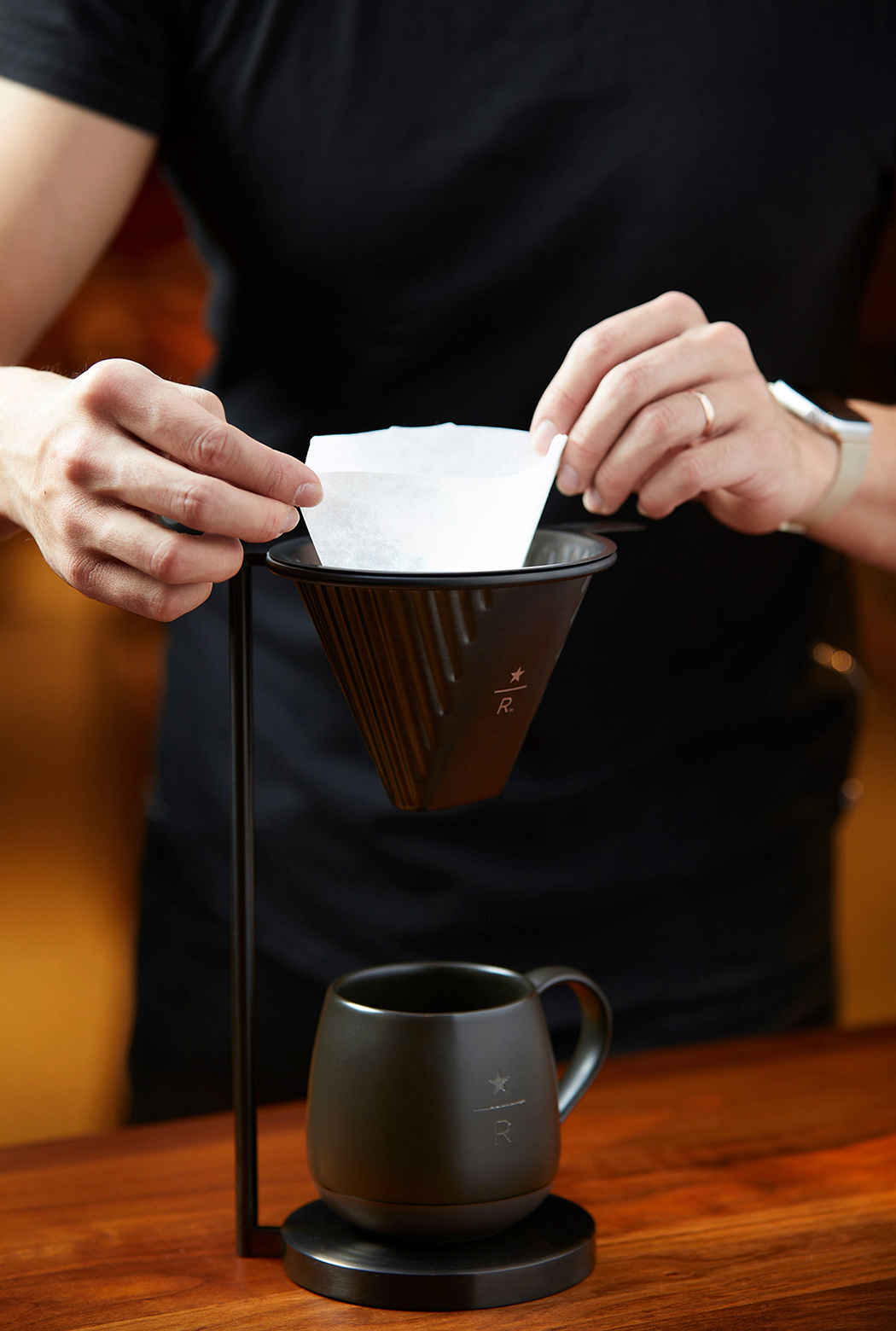 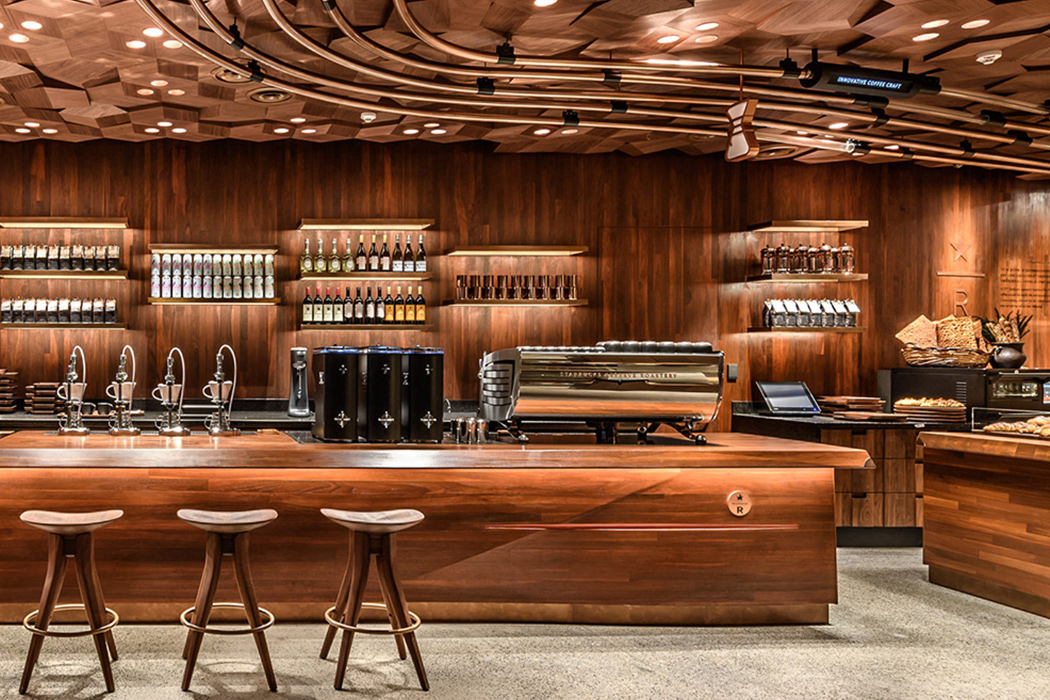 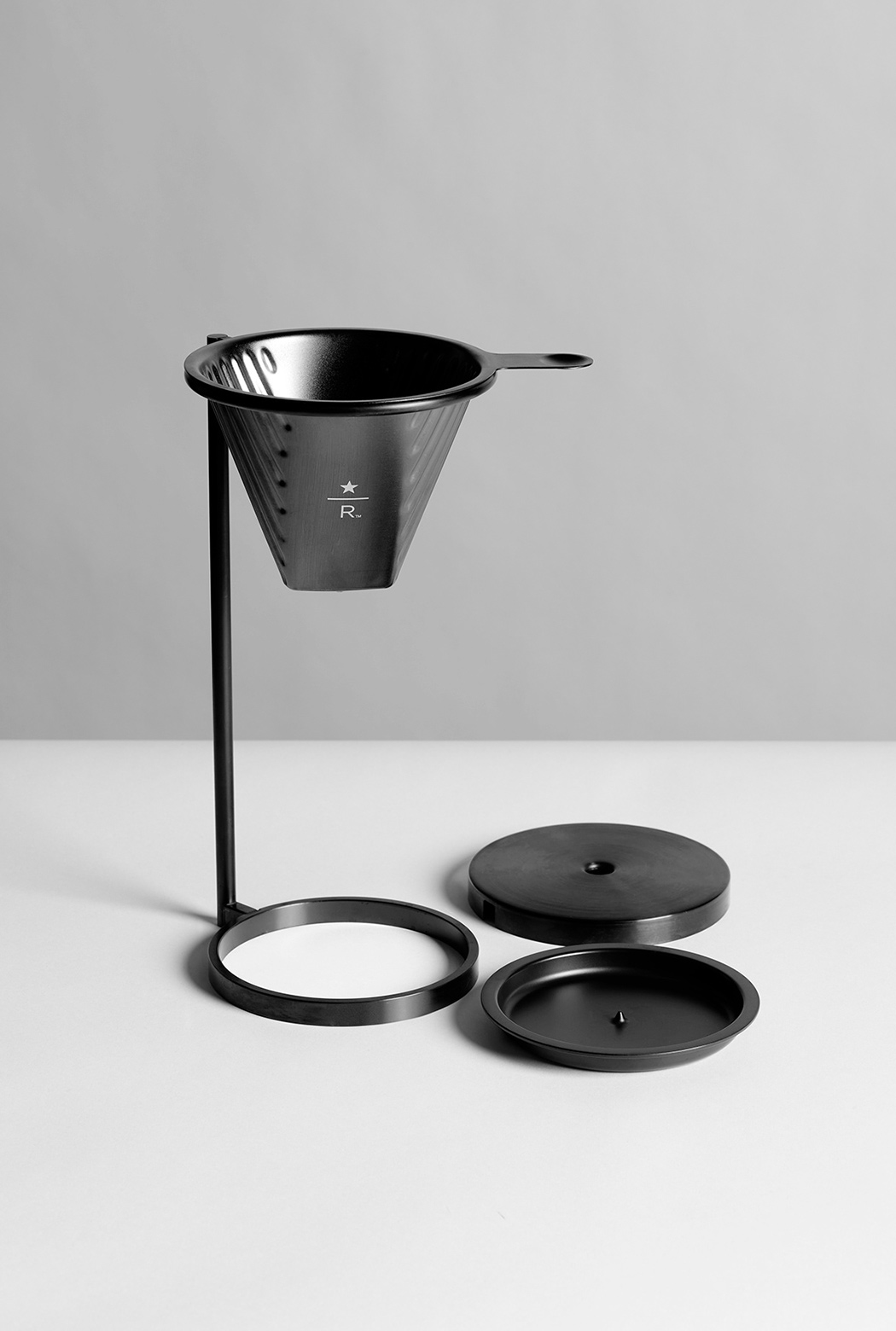 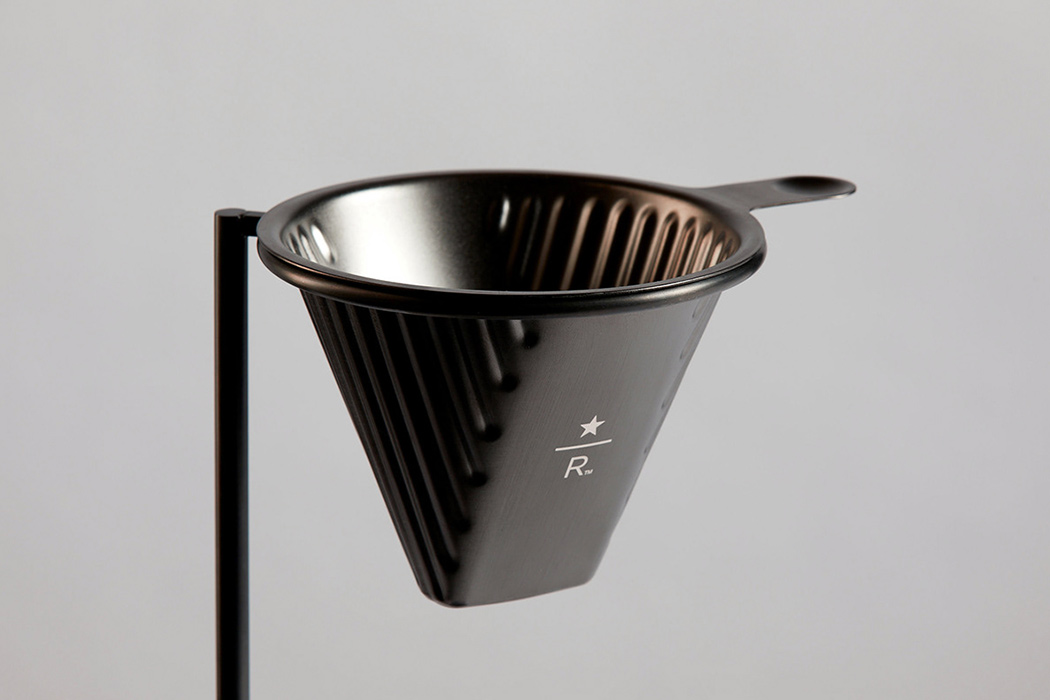 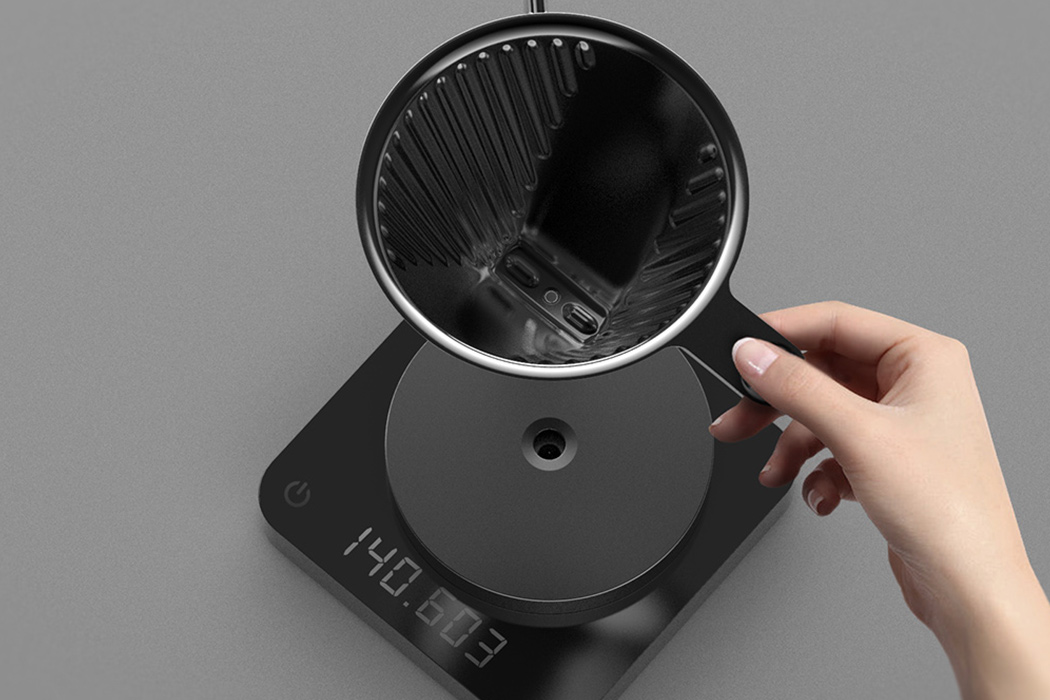 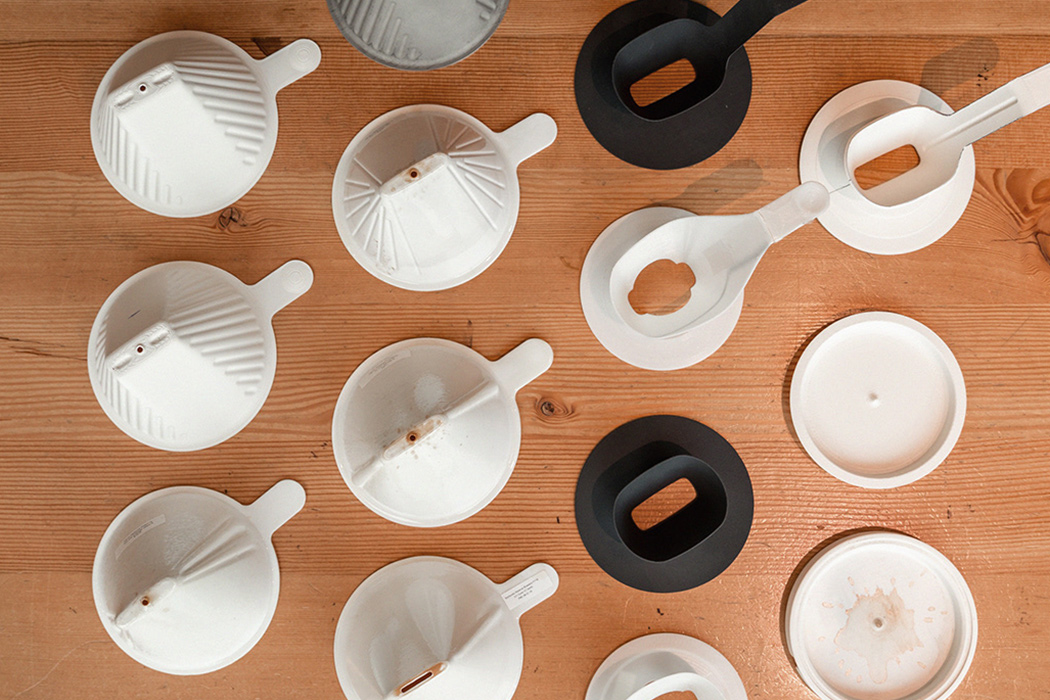 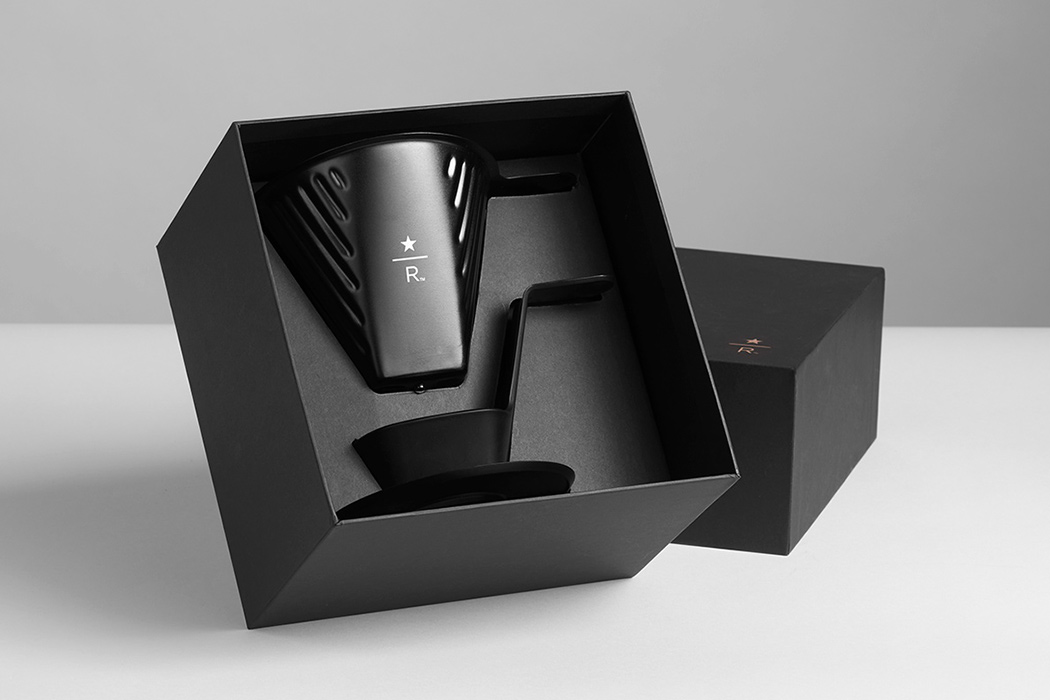 Dabba means lunchbox in Hindi and is inspired by the Dabbawallas of Mumbai. This ingenious design aims at making you choose healthy food options and…

This handcrafted dining accessory is a re-design of the classic oil bottle with a simple and organic shape. With its unique spout, using it couldn’t…

Give your morning coffee an upgrade with these freshly brewed product designs!

I don’t know about you, but my morning cup of coffee is extremely essential for a happy and positive start to my day! Once, I’m…

You’ll be tumbling through the streets when you enjoy glass after glass of your favorite drink out of these lovely tumblers. They’re called Boulest and…