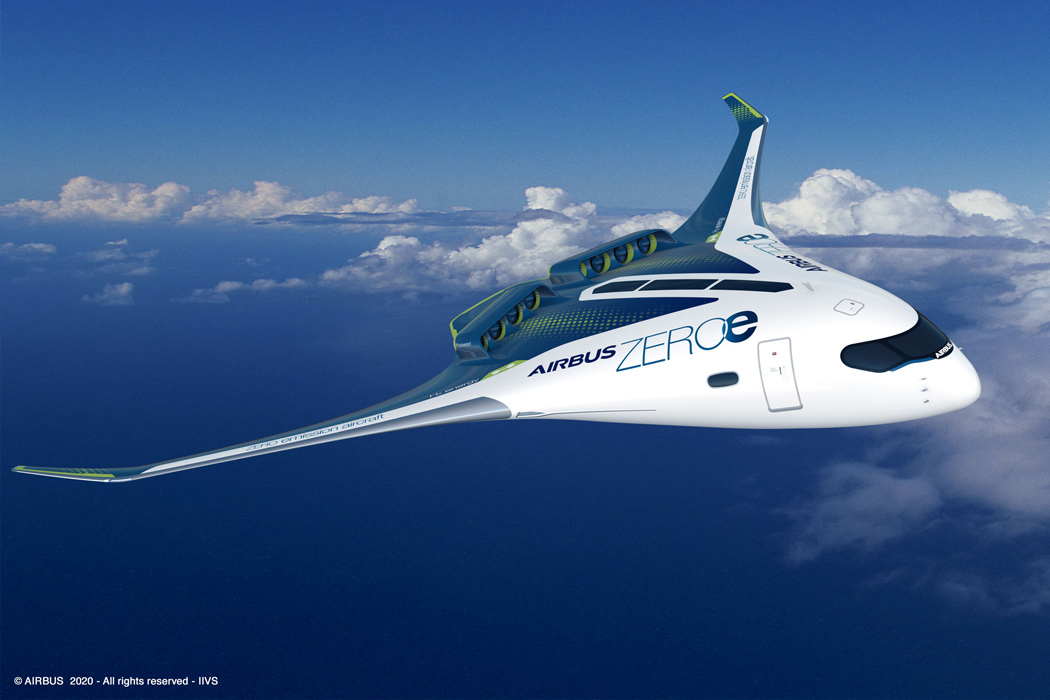 Airbus is targeting to bring zero-carbon passenger plane to the masses by 2035, keeping in line with its vision for emission-free flights in the future. The ultimate goal is to pave way for the “decarbonization of the entire aviation industry.” To this end, the aerospace giant has revealed three concept airplanes that will harness the power of hydrogen to give their future-forward vision, WINGS! Choosing hydrogen fuel for these concepts makes complete sense – after all, it is clean aviation fuel and is one of the solutions for the aerospace and other industries to reach their climate-neutral milestones.

As Guillaume Faury, Airbus CEO said, “I strongly believe that the use of hydrogen – both in synthetic fuels and as a primary power source for commercial aircraft – has the potential to significantly reduce aviation’s climate impact.” Guillaume added that this venture requires able support from the government and industry partners. It will require increased funding for research & technology and digitalization. He also emphasized on the fact that airports will have to be ready for the hydrogen transport and refueling infrastructure to make it feasible in day-to-day operations. 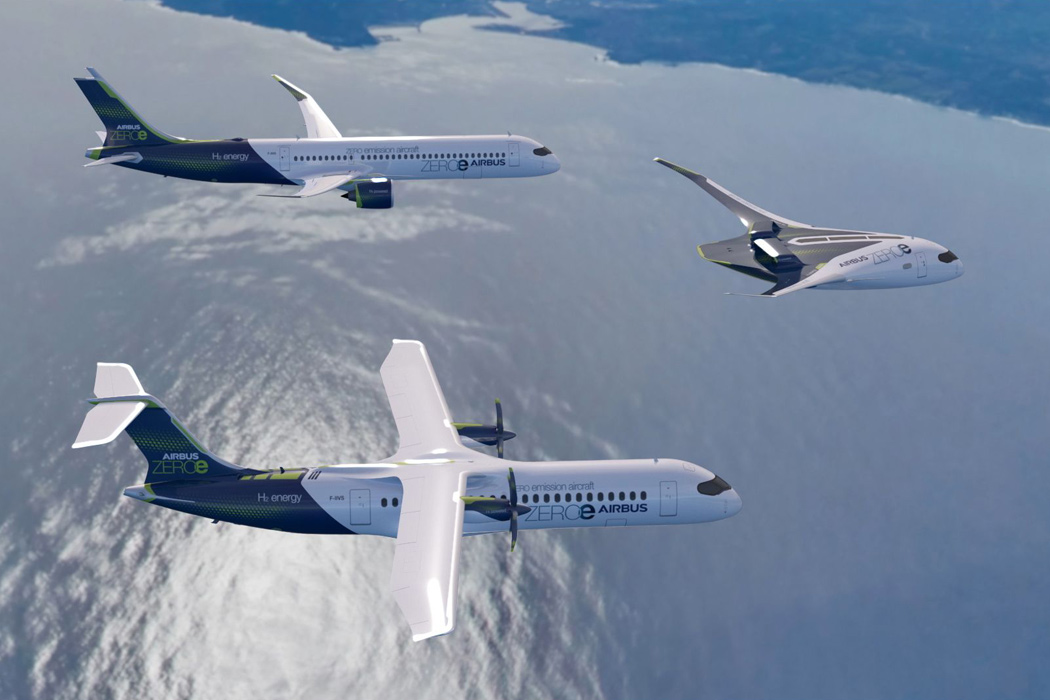 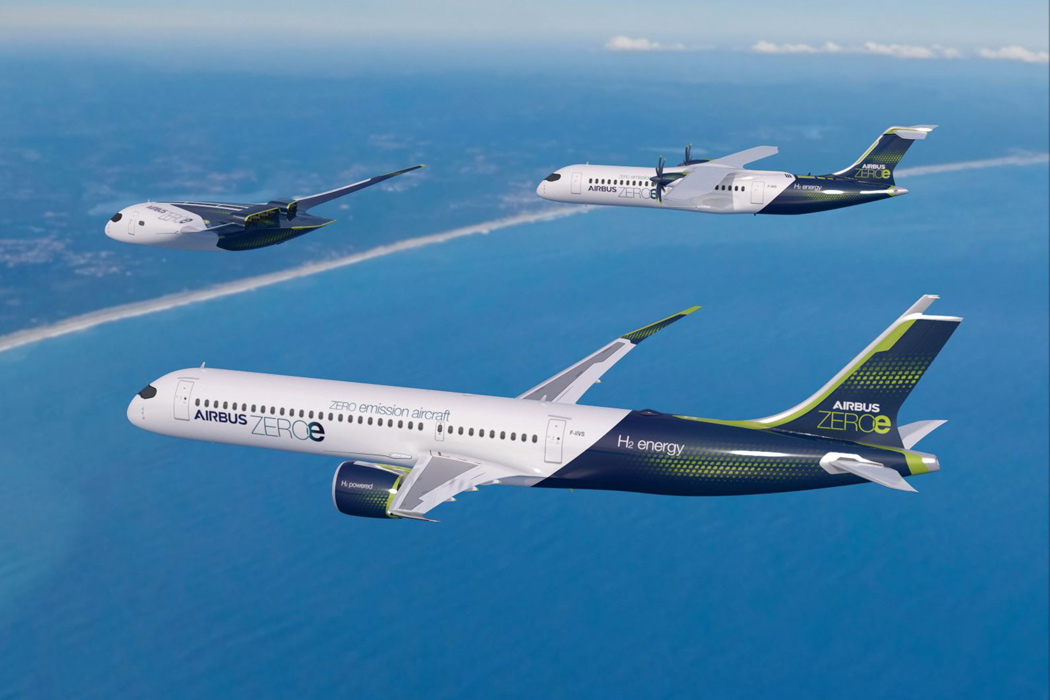 The trio of concept aircraft, for now, is christened “ZEROe” – each one having a unique configuration depending on the requirement of the commercial aviation operation. 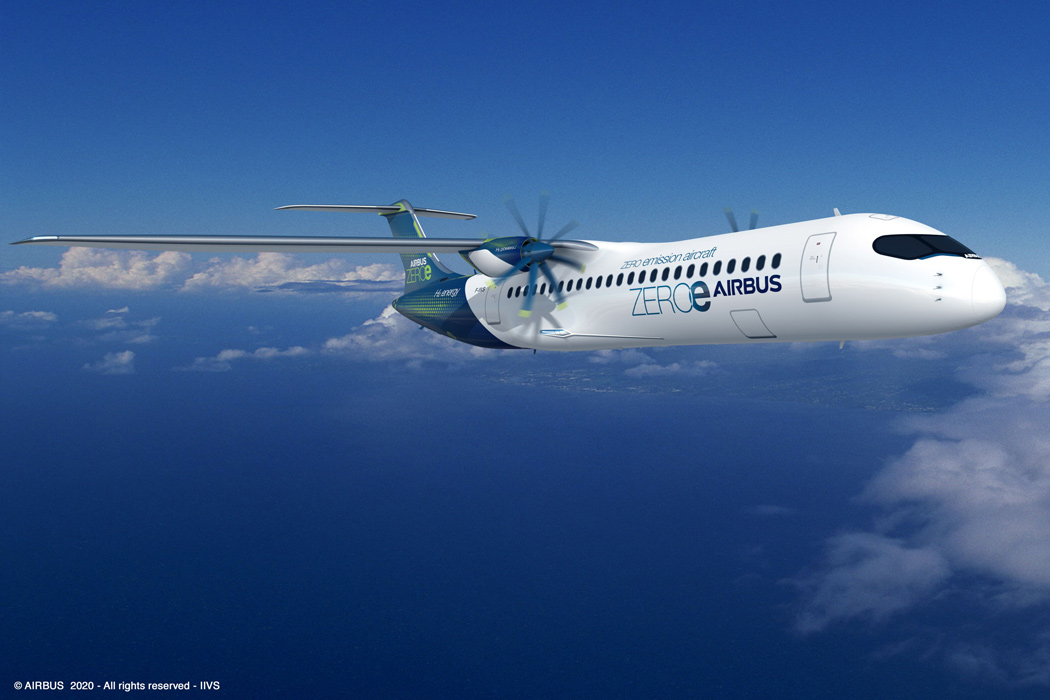 Fit for short interstate trips, the ZEROe Turboprop aircraft uses a turboprop engine which is again powered the liquid hydrogen fuel. By the way, it can carry up to 100 passengers on-board. The plane goes more than 1,000 nautical miles on a full tank, making it perfect to be a private airliner for the filthy rich. 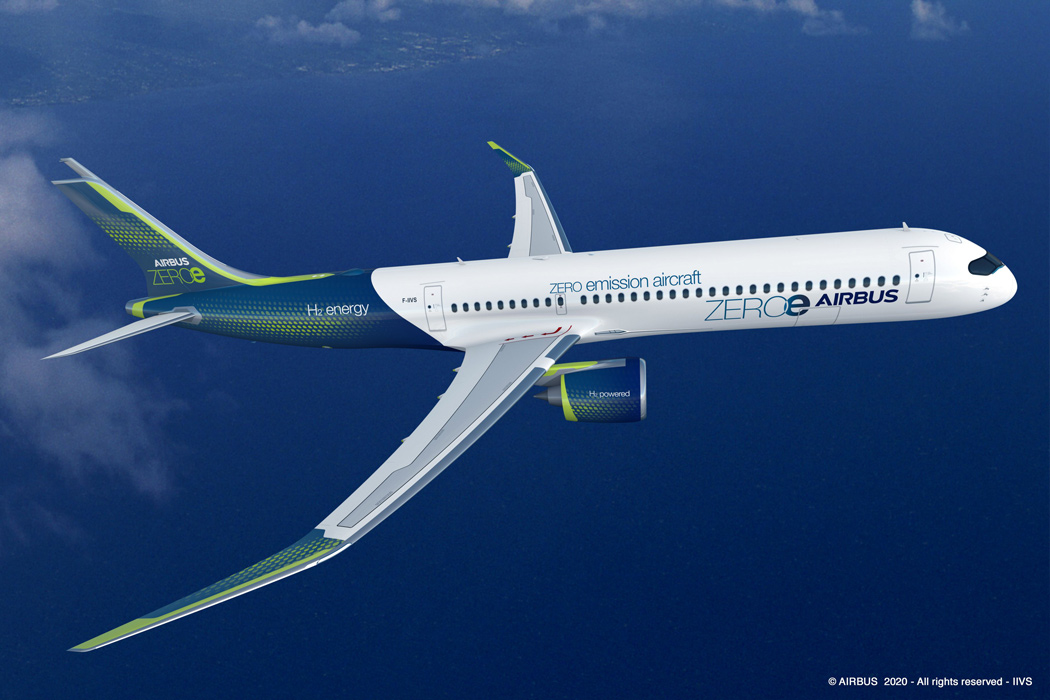 The ZEROe Turbofan is more of a conventional airplane configuration that accommodates 120-200 passengers. Totally capable of conducting transcontinental flights (more than 2,000 nautical miles), the ZEROe Turbofan is propelled by a modified gas-turbine engine, powered by liquid hydrogen fuel. The fuel is stored and supplied to the airplane engine via the storage tanks on the back of the rear pressure bulkhead. The passengers are seated in the other three-fourth of the plane along with the crew.

The ZEROe Blended-wing body is the most eye-catching of them all – looking to be inspired by the Stealth bomber plane. It has a wide configuration as compared to the other two which have a very sleek, lengthy structure. The wings are a part of the airplane body – that’s why the name “blended-wing body”. It can haul up to 200 passengers in one go and has a range of 2,000 nautical miles, similar to its sibling, the turbofan concept. This design has a very wide fuselage, thereby, giving flexibility for multiple configurations when it comes to the cabin layout and the hydrogen fuel storage option.

We are in 2020 and so far it has been one crisis after another. What truly gives me hope is the time I spend with…

More than a Door

Whether you’re leaving or staying, the front door is usually your first and last point of contact with your home… so why shouldn’t it be…

This Batman 2022-worthy Dodge Charger RT is a racing machine of new extremes!

A reimagined Dodge Charger RT in flashy dark grey hue is the perfect accomplice for the modern-day Batman fighting crime on the streets of Gotham….