There’s an entire tumblr account dedicated to smart devices that absolutely don’t make sense (it’s called ‘We Put A Chip In It). Smart refrigerators that let you browse Facebook, a smart wine bottle that has built-in Wi-Fi (why?!), and even a ladies’ smart-undergarment that opens using a biometric lock on your phone. Smart technology should empower a product, not inundate it with features that are useless. Understandably, now when I saw the words “smart-drill” on Kickstarter, my first inclination was to wonder why I’d need a power-drill with a touchscreen on it, but the xDrill isn’t just a drill with ‘a chip in it’. The xDrill (which is now 500% past its funding goal on Kickstarter) comes with a series of upgrades that actually make it better and easier to use. The wireless drill boasts of features including precise digital leveling and alignment, and a laser sensor that can measure the amount you’ve drilled into a surface. Armed with a brushless motor, a 21V battery and a slew of really clever features, the xDrill makes the power-tool arguably more powerful.

The idea behind the xDrill was to enable accurate drilling, without requiring any additional precision-tools. Designed to work without measuring tapes, spirit levels, or any paraphernalia, the xDrill uses sensors and a touchscreen-input to turn the drill into a smart one. The drill can sense the angle it’s being held at, and guides you into making sure the holes you drill are at a precise 90° angle. The touchscreen even lets you input an angle of your choice if you want to drill at a tilt. A laser sensor gauges depth, precisely measuring how much you’ve drilled into a surface. You can even program the drill to automatically stop after it reaches a certain depth – a feature that sets the xDrill in a class apart. The drill has a switch that allows you to toggle between left and right-handed use, so it automatically accounts for the way you’ll be holding it and for any human errors, and a switch on the top lets you switch between rotating the drill-bit clockwise or anti-clockwise.

Designed to easily drill through multiple materials, the touchscreen interface lets you control the drill’s rotating power by selecting your material. Woods and fiber-boards require a lower torque and a higher speed, while tougher materials like reinforced concrete or metal need much slower speeds and higher torque to get work done. You can select your material using the touchscreen interface, choosing between wood, plastic, concrete, or even metals like aluminum or steel. Since the xDrill’s designed to be a smart device, it does happen to come with a mobile app that lets you do other tasks like save measurements, locate your drill on a map, and even lock your drill if it ever gets stolen (that’s bordering on ‘smart wine bottle with Wi-Fi’ territory, but the guys at Robbox don’t like leaving any stone unturned). The xDrill, all in all, is no larger than any battery-powered drill. It weighs 3.5lbs (1.5 kilos) which is half as much as most battery-powered drills, but boasts of a much more powerful battery with higher working times. Its impressive feature-list aside, the xDrill comes in a slick stormtrooper color combination of white and black with a few gold accents, and ships along with a battery, charging station, and a 1-year warranty to cover any accidental damage. 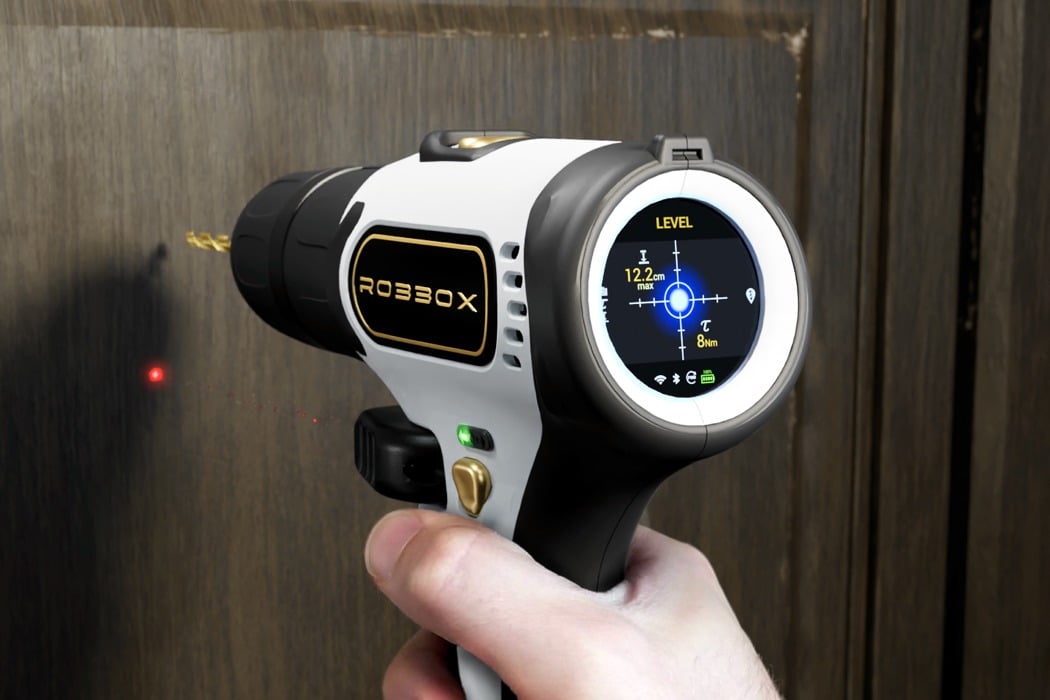 The xDrill is a digital smart drill complete with laser measuring, digital leveling, intelligent speed/torque, and a touch screen. 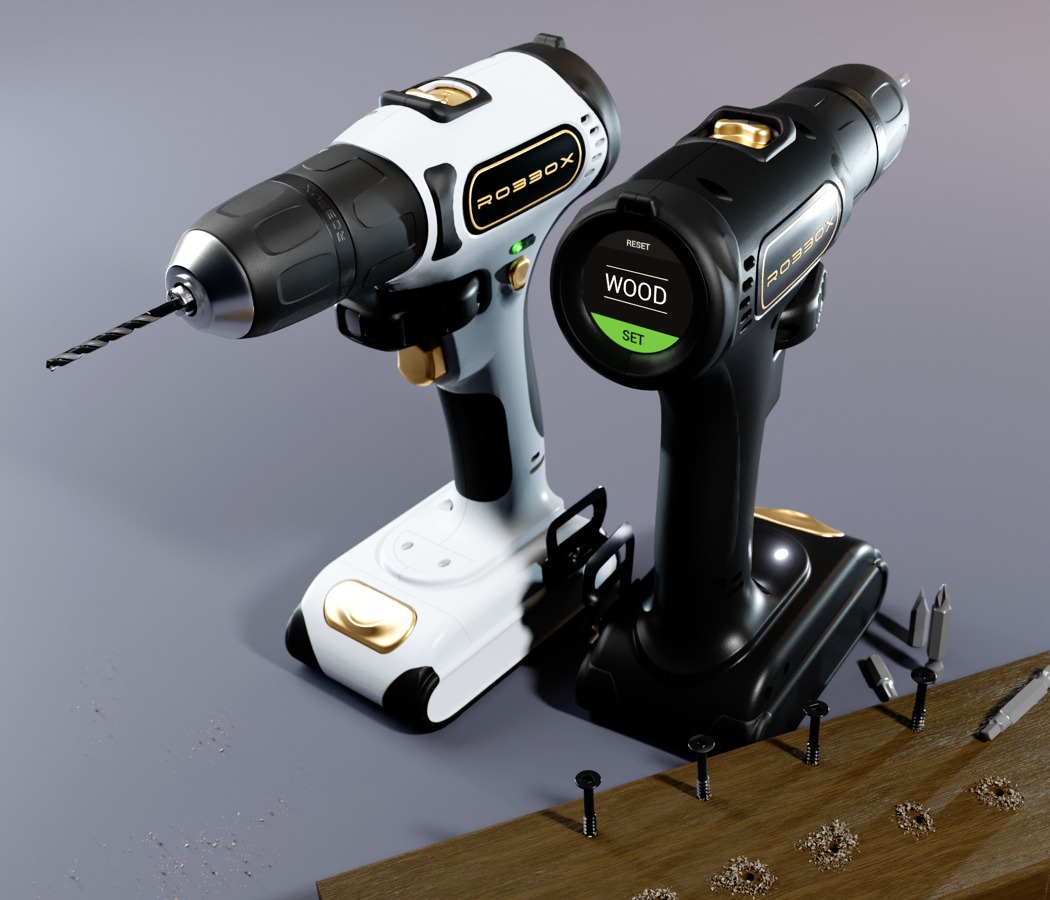 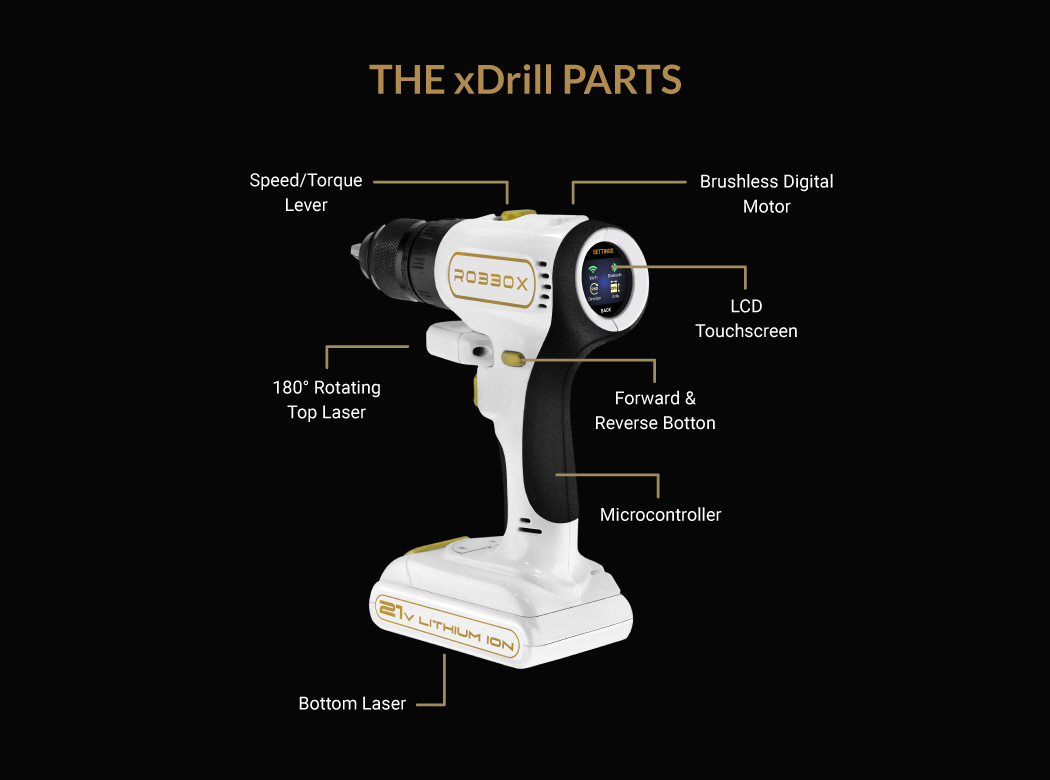 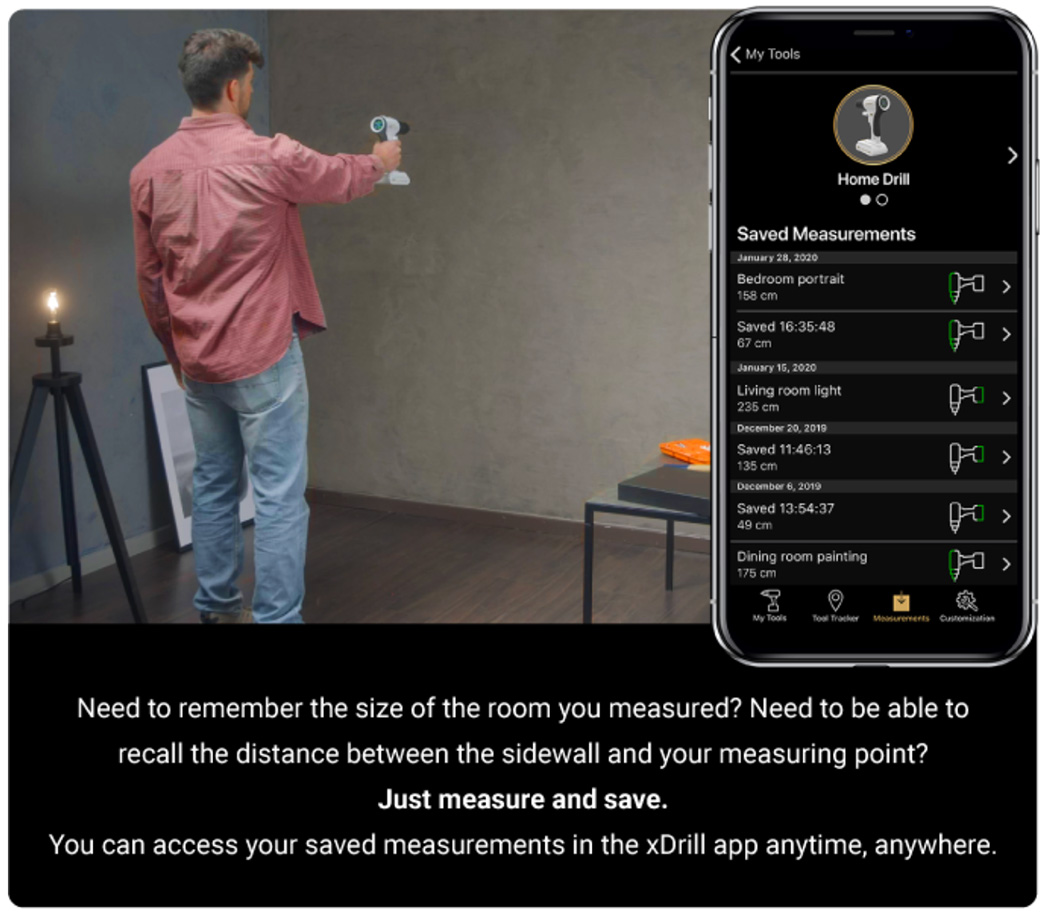 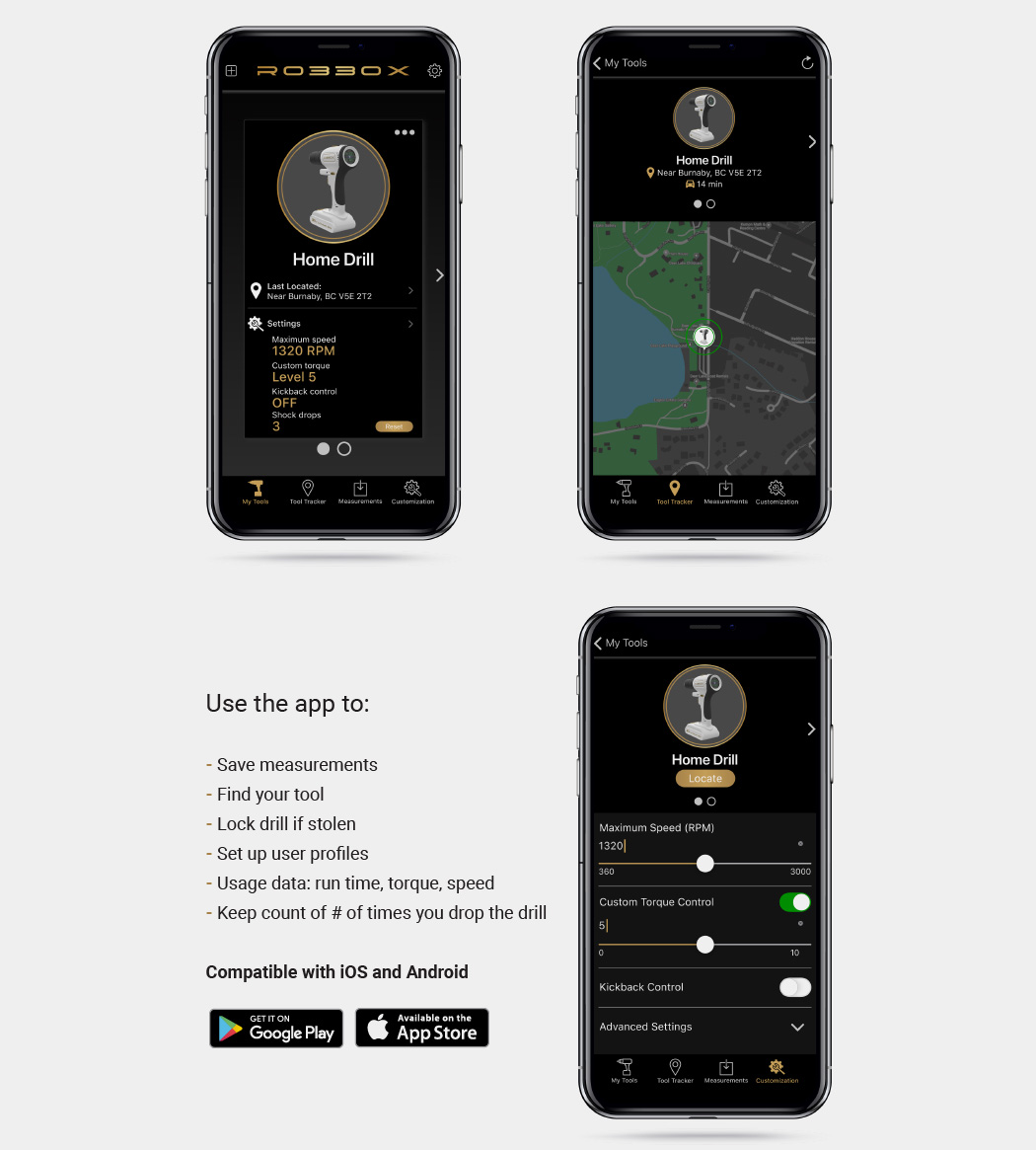 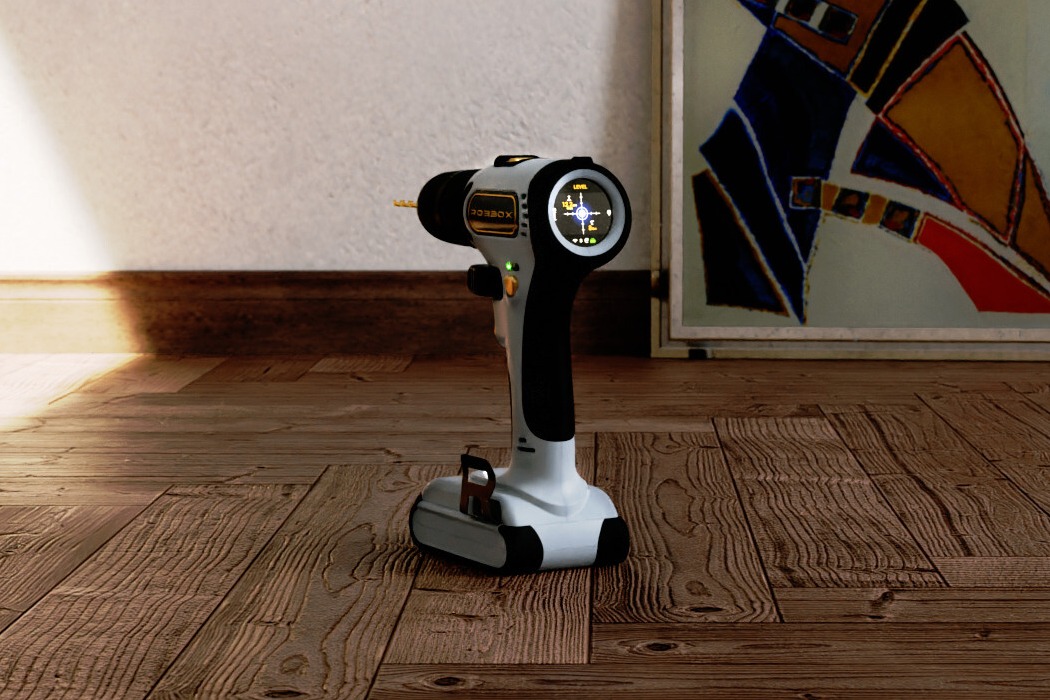 Whether it’s in our own backyard or as far as the moon, our desire to break free and explore is as human as making fire….

Surreal Food Is Real And Printed

Electrolux Moléculaire is this 3D molecular food printer that relies on the expirimental molecular cooking technology. This tech has been around for a while; but…

I love the creative expressions possible with the MoonLight Lamp. It is essentially an interactive wall LED lamp designed to produce endless possibilities when playing…