Movie theatres are going to remain closed for a while as the world continues to battle the pandemic. Even when it does open, it isn’t the first place that we would go to as we all have become super comfortable with extensive Netflix binges at home without overpriced popcorn and fighting your neighbor for the armrest. As more and more movies release on streaming platforms instead of theatres, it is worth investing in an audiovisual set like the Cinera Edge which brings the cinematic experience home to you!

This is the world’s first personal cinema HMD that features dual 2.5K micro-OLED and a Dolby Digital® certified headphone with 5.1 channels of surround sound – it is the closest thing you can get to having your own movie theatre without buying multiple appliances or doing construction. The combination of those visual and audio elements is elite! It truly gives you a complete theatrical immersive experience with high-quality video and audio which makes the Cinera Edge a mobile cinema. It is not just for watching movies or your favorite shows, you can integrate it with your TV and gaming systems to take your everyday entertainment to the next level.

“Using the latest technology like micro OLED, we managed to dramatically reduce the form factor while packing the same amount of pixels as in Cinera v1. Cinera Edge unlocks over the predecessor multiple significant advancements: integrated headphones, true mobility, long-session comfortableness, and more,” says the team. “An OLED screen responds super fast. As a result, motion blur is mostly eliminated when displaying fast-moving objects. It also helps reduce motion sickness when watching VR content,” they add. Both the screens deliver sharp images at 2560×1440 pixels, which is significantly higher than most other products in the market. It also uses the same DCI-P3 color standard in its screen that is widely adopted by the projection systems used in movie theaters so you really are getting to experience the visuals as you would in a theatre.

Cinera Edge has a native 3D display so you don’t need to wear those 3D glasses to have an immersive experience. One of the most outstanding features is the Dolby Digital® certified headphones so it lets the device flawlessly decode the high-quality soundtracks from Blu-rays and video streaming platforms. It has 4 drivers on each side and simulates cinematic 5.1 surround sound and delivers straight into your ears. The headphone is designed to finely modulate clear human voices, deliver high spatial accuracy, and ample bass for the ultimate audio experience without having a home theatre sound system. When Dolby certifies it, you already know its the best in the game.

The device itself is very ergonomically built and makes it comfortable to wear for long sessions. It smartly shifts more weight to its sides, taking the pressure off the front part so you can turn on your binge mode without any issues. It is compatible to be used with your mobile phones and can also play content using WiFi, USB drive, or micro SD card. Cinera Edge really has an ‘edge’ over other VR devices because of its superior sound and visual tech that let you live the movies you would otherwise merely watch. 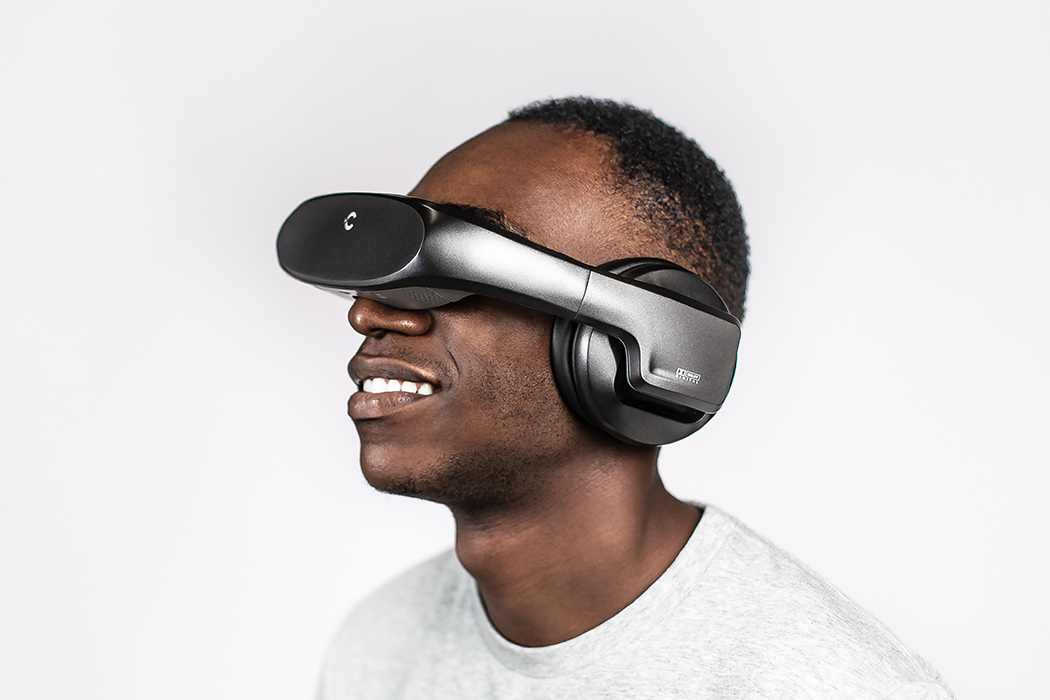 A 5K OLED Cinematic Experience with an enveloping 360 degrees of sound powered by Dolby Digital 5.1. 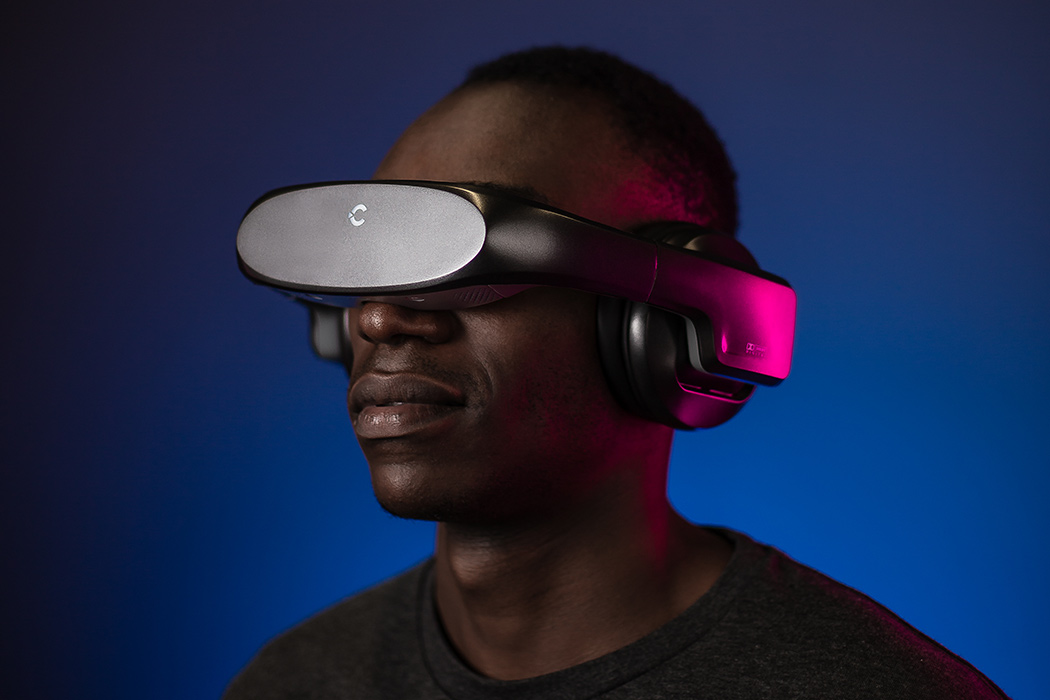 Cinera Edge is the world’s first personal cinema HMD that features dual 2.5K micro-OLED and a Dolby Digital® certified headphone with 5.1 channels of surround sound. The combination boasts a real theatrical immersive experience with fantastic video and audio quality, making the device a true mobile cinema. It invigorates your movie, TV, or gaming experience, and escalates your daily entertainment to a new level. 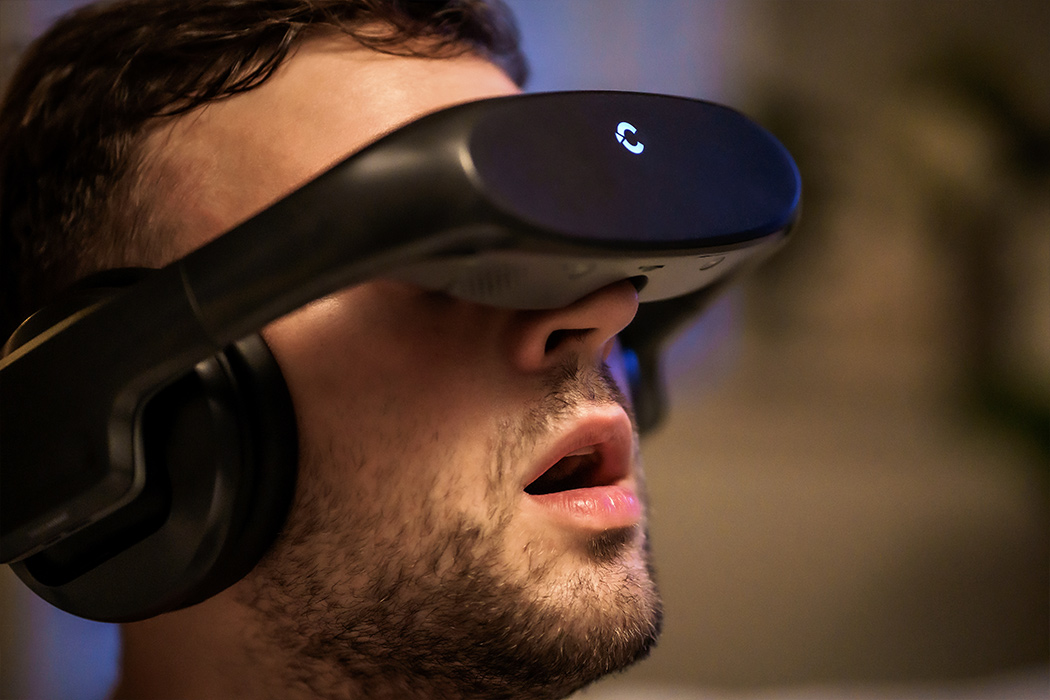 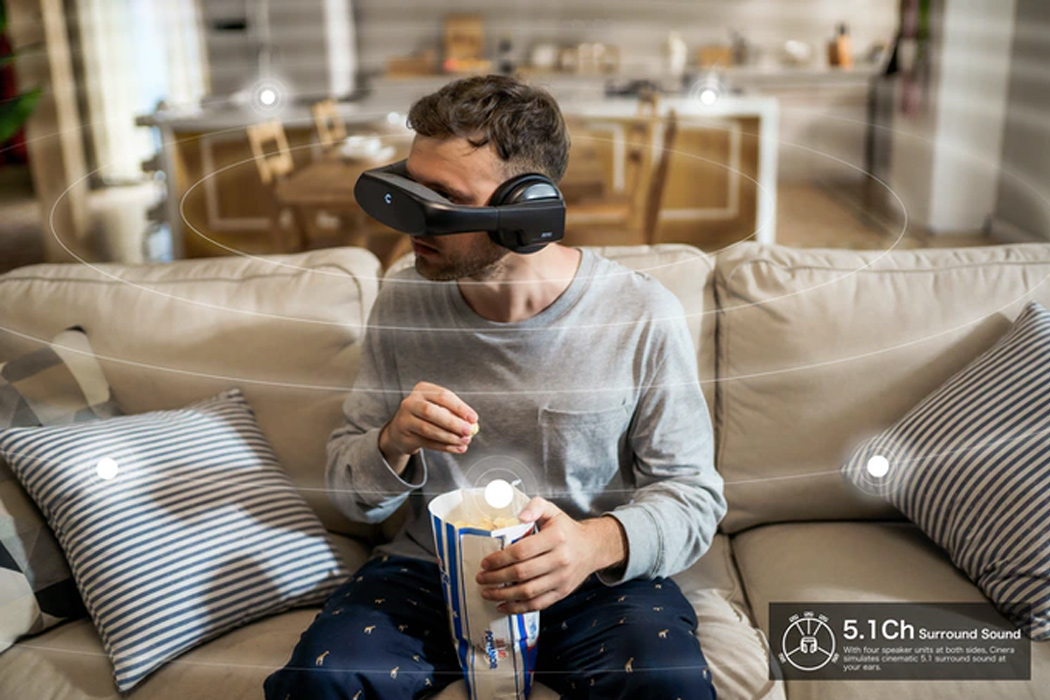 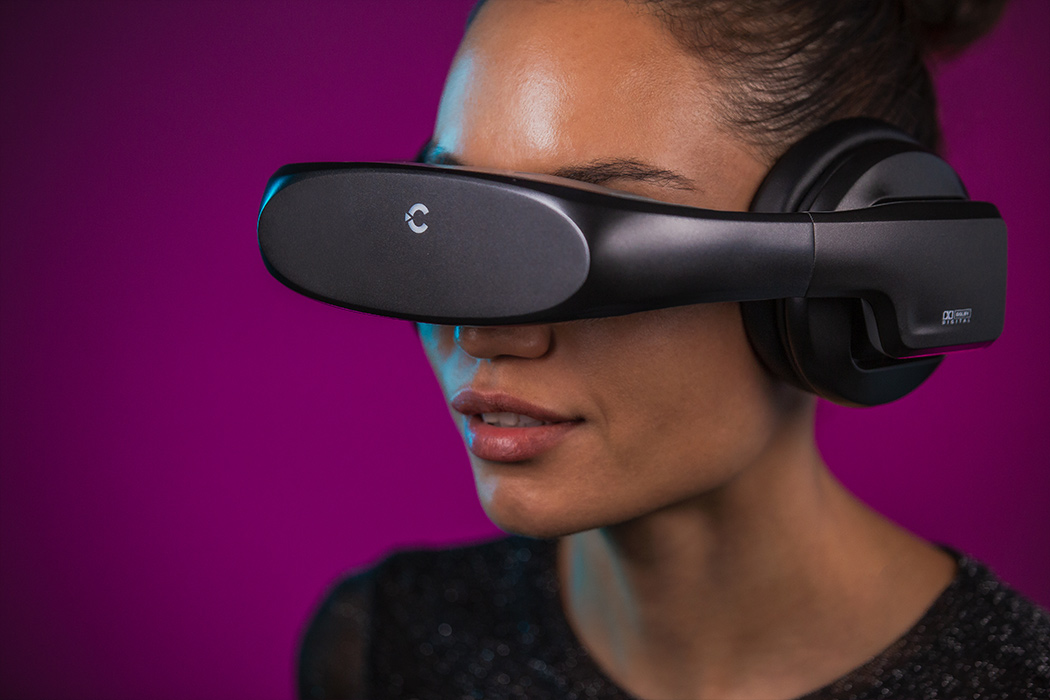 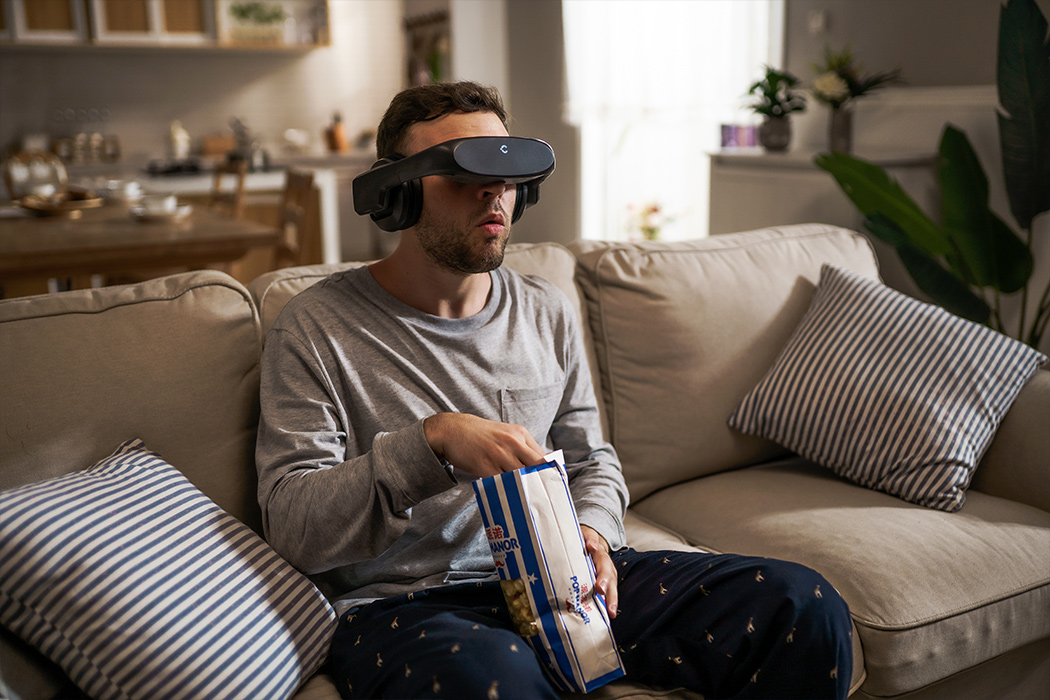 A 3D experience beyond Cinema 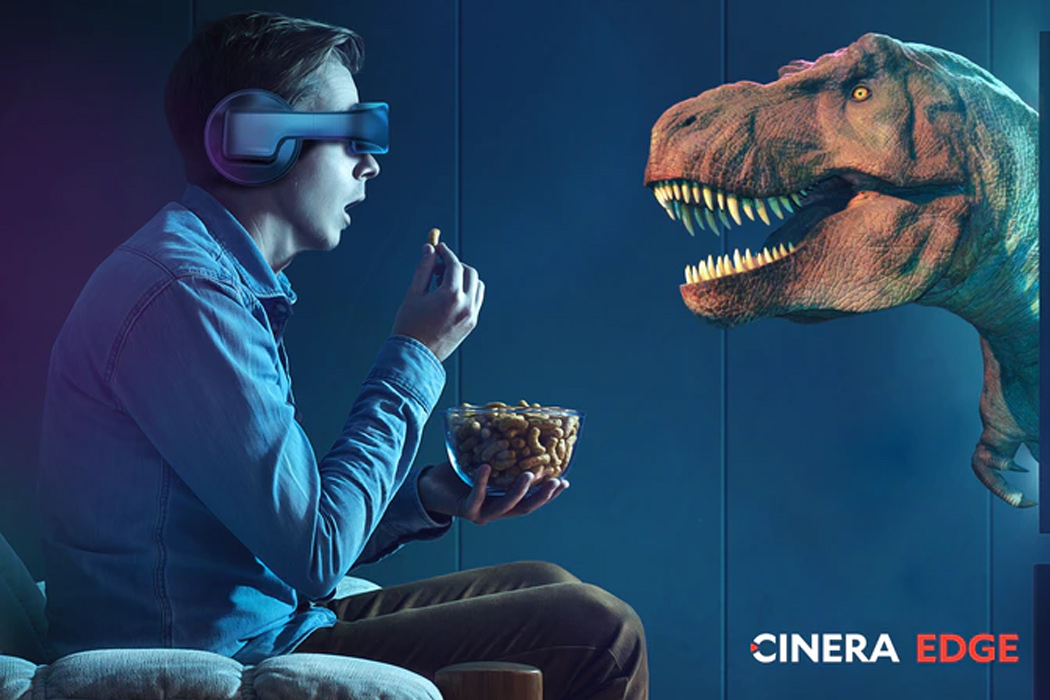 Different from 3D in cinemas where wearing 3D glasses is a must, Cinera Edge is a native 3D display that no glasses are needed. Left & Right images are displayed and transmitted to the two eyes without any overlapping or being filtered by glasses. Therefore, Cinera Edge’s 3D image is much brighter than you’ll find in cinemas.

5.1Ch Surround Sound: With four drivers on each side, Cinera Edge simulates cinematic 5.1 surround sound and delivers straight into your ears. 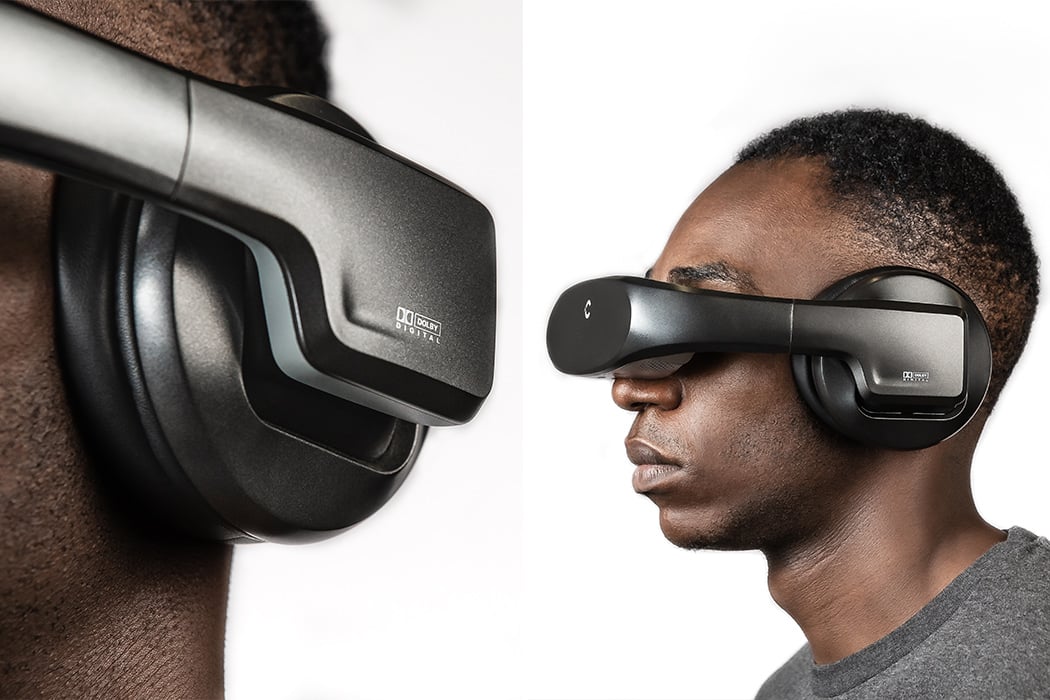 No Latticing: Cinera Edge doesn’t have the latticing issues as with other low-resolution HMDs. The image is sharp and smooth. 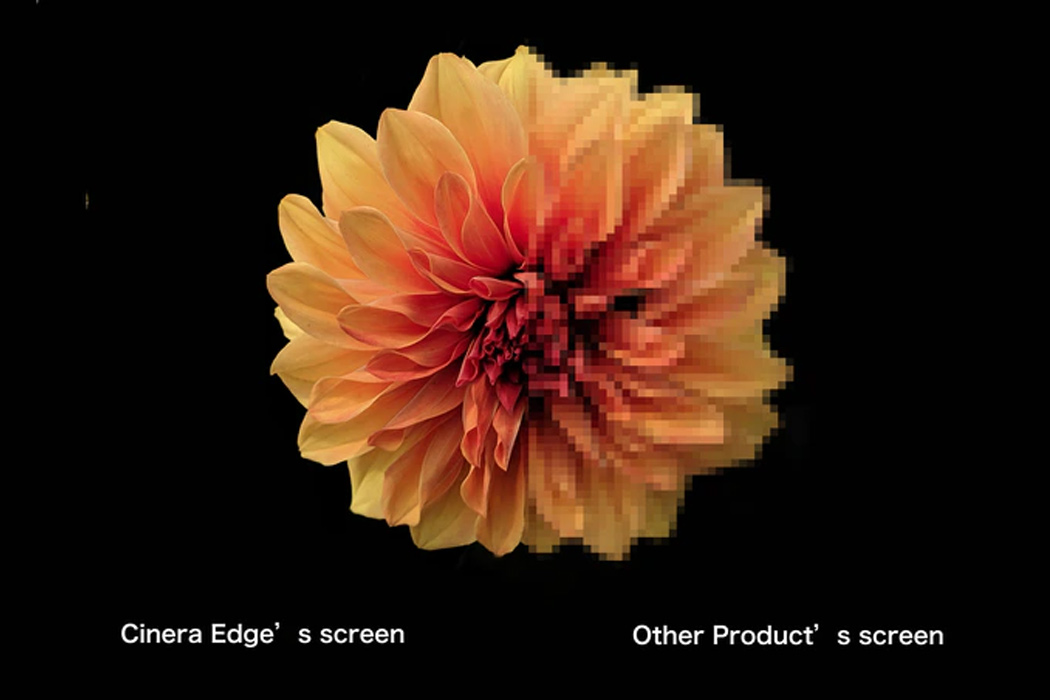 Dual 2560×1440: Each of the two Cinera Edge’s screens delivers the astonishing 2560×1440 pixels, which is significantly higher than most other products in the market. Higher-resolution brings a sharper image with more details. 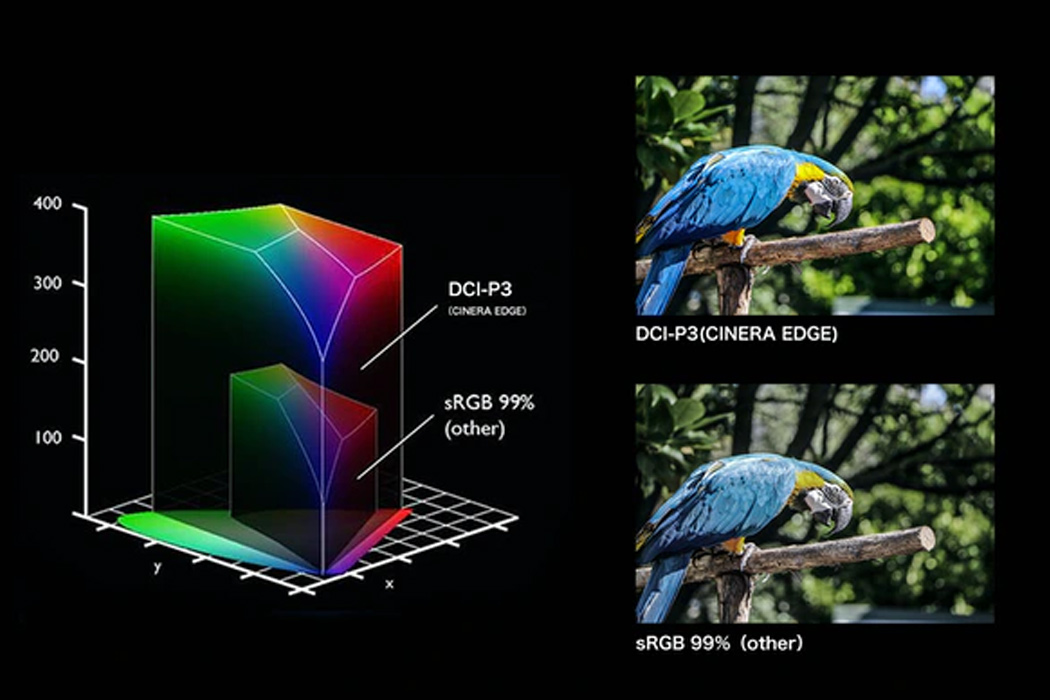 DCI-P3: Its screen is using the same DCI-P3 color standard that is widely adopted by the projection systems used in movie theaters. DCI-P3 color space has a much more full gamut of color than the conventional sRGB so that Cinera Edge can reproduce more colors with more accuracy. Think about an Apple Pro Display (Cinera Edge) vs. a regular monitor in your office (Others).

3515 PPI: Each screen packs 3.6 million (2560×1440) pixels into a 0.83’’(2cm) area, giving it seven times more dense image than the iPhone 11 Pro’s display. Cinera Edge’s micro OLED screen is the critical breakthrough of Cinera Edge’s new screen technology, as it makes ultra-high resolution possible in a goggle. Thanks to it, we can reduce Cinera’s form factor without sacrificing image quality.

500,000:1 Contrast Ratio: The micro-OLED technology used in Cinera Edge delivers an ultra-high contrast ratio of 500,000:1 while not causing eye strain or fatigue. On our screens, colors are more vibrant and brighter. Your eyes will appreciate a broader differentiation between multiple shades of grey. 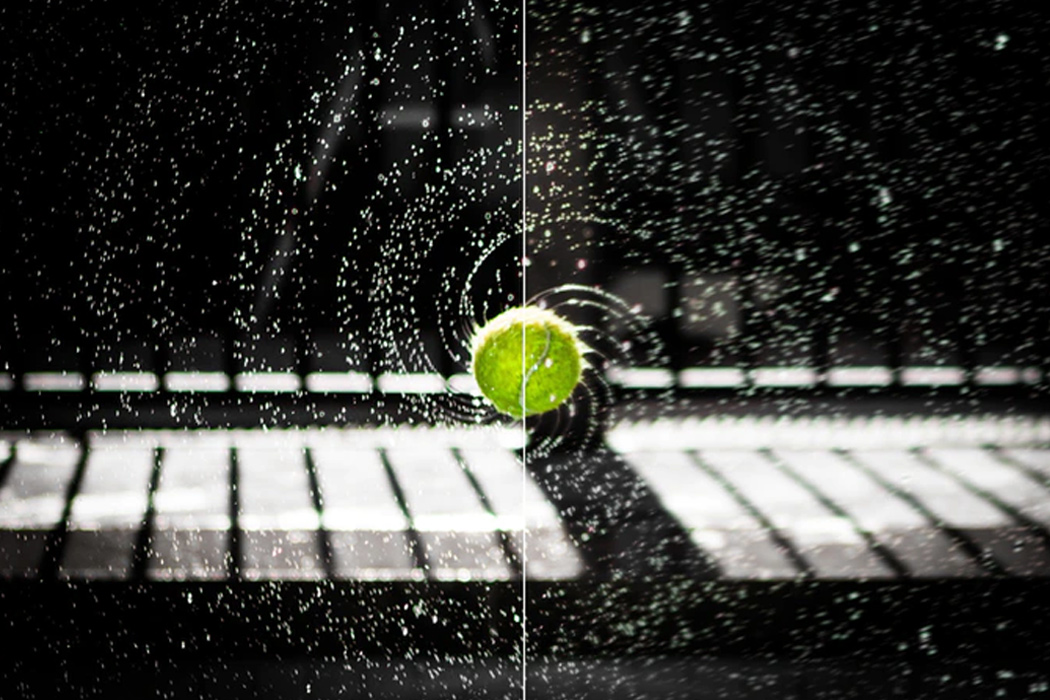 The ergonomics of Cinera Edge smartly shift more weight to its sides, taking the pressure off the front part. This makes long sessions of wearing effortless.

Inter-Pupillary Distance Adjustment for Eyeglasses Free Usage: Cinera Edge has a diopter adjustment so that you don’t need to wear glasses when enjoying it. The adjustment range is -8D to +3D. 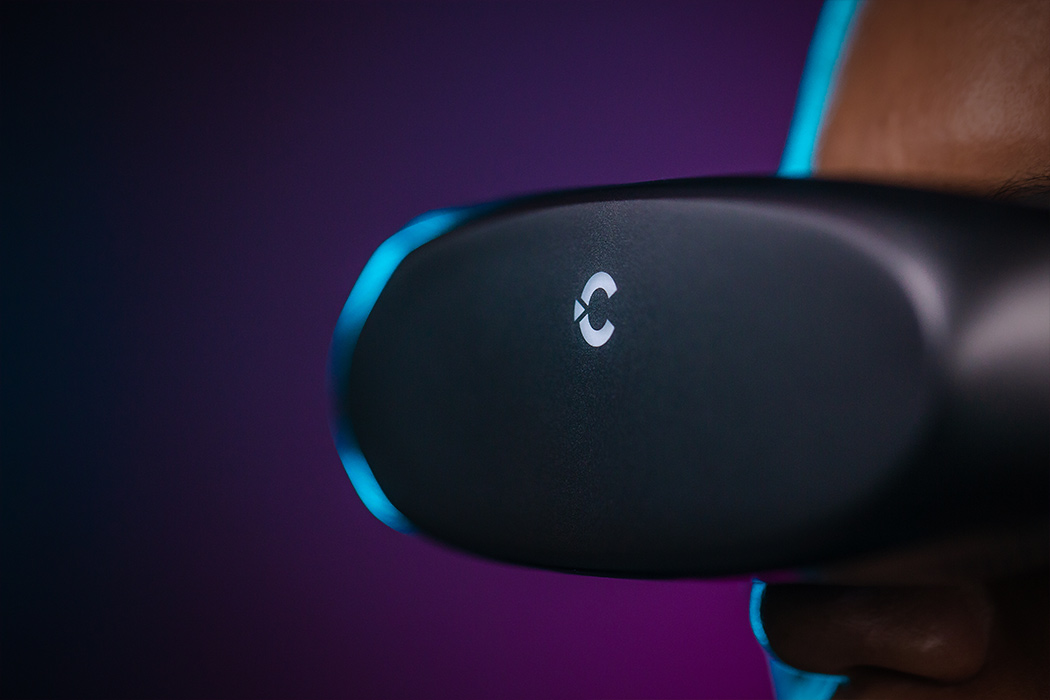 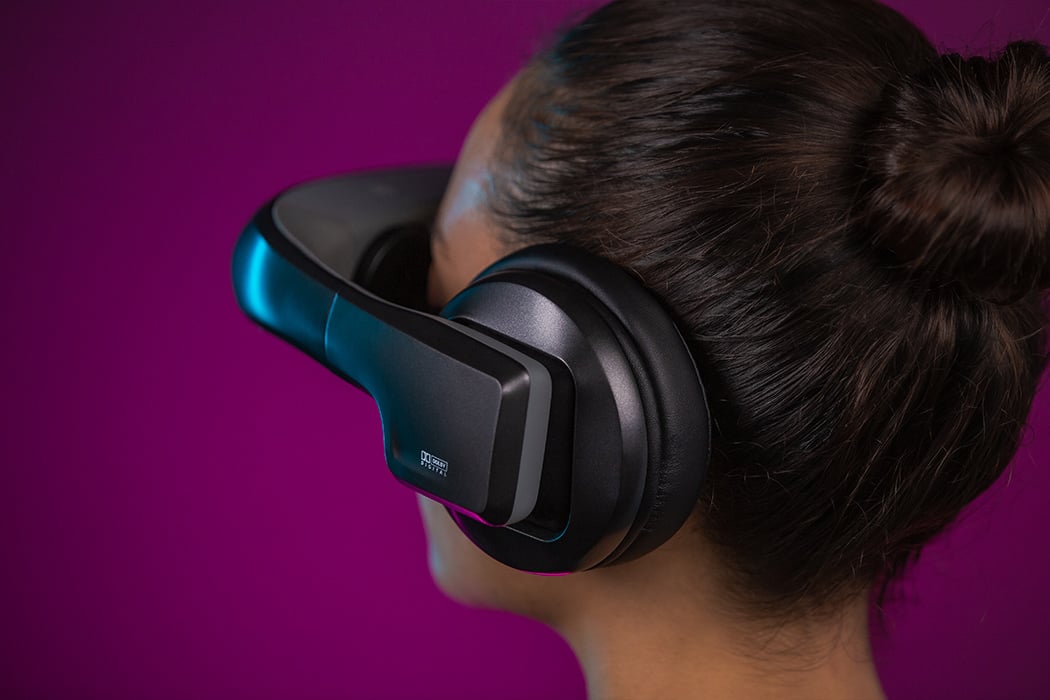 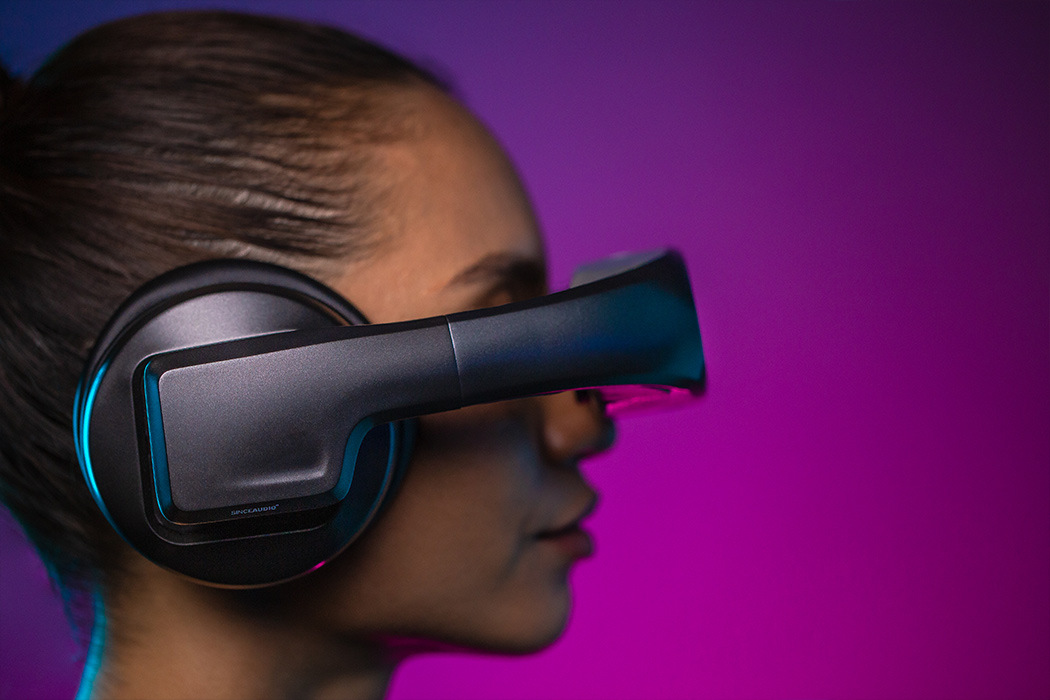 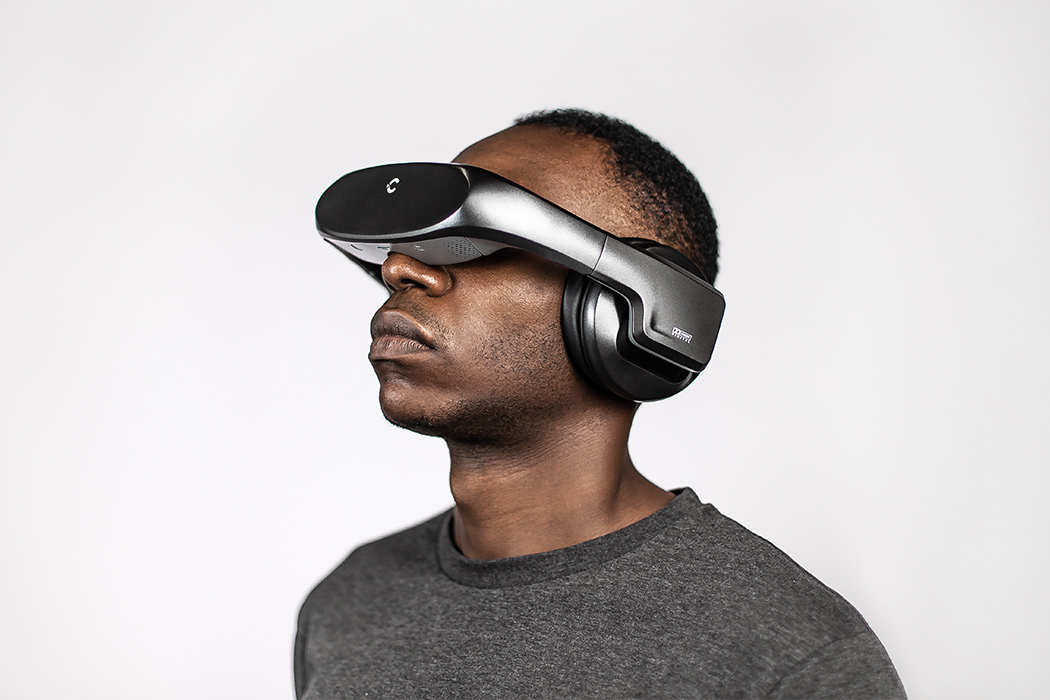 Yes, virtual reality is a rather wonderful piece of technology that lets you immerse yourself in digital surroundings, but it’s important to remember that it’s…

Kudos to the British Royalty for recognizing the potential of social media! Gizmodo’s Kat Hannaford reports that invitees have been encouraged to report the event…

An automated stir-frying appliance that walks the walk and stirs the wok!

A lot of home food-prep still requires manual interaction. Flipping the pancakes or the steak, constantly stirring your risotto or fried rice, etc. What if,…

This foldable light box goes from flat-packed to photo studio within seconds!

In the design world, we have a saying. Until someone buys and uses your products, their judgement of how good it is comes broadly from…