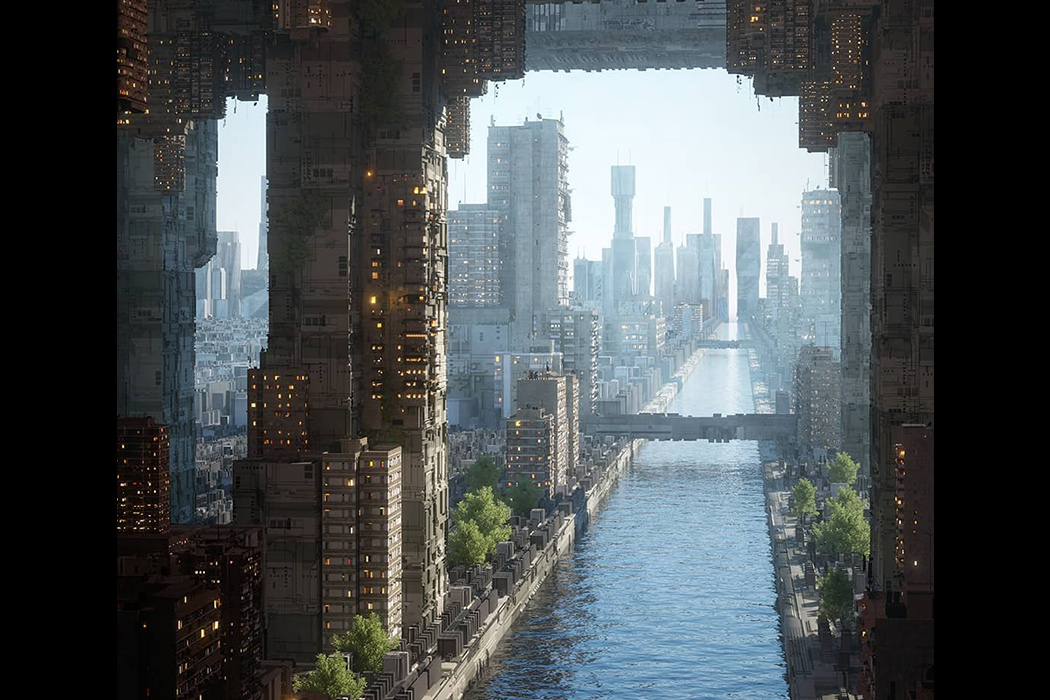 As a fan of fictional writing, nothing excites me so much as to see a whole new world, unexplored and full of opportunities. That is exactly how I feel every time I see an architectural design posted by @inwardsound, an Italian 3D artist on Instagram who creates these surreal yet realistic views of our future, kind of like showing different versions of Earth in parallel universes where one twist in fate or act of man resulted in the new society that would be formed under their influence. The designer uses a mix of software, including Cinema4D and photoshop to achieve his vision. Just looking at the detailed effort that goes into each of these renders, it is easy to create a story of someone who lives in that space, which hopefully is COVID-free! 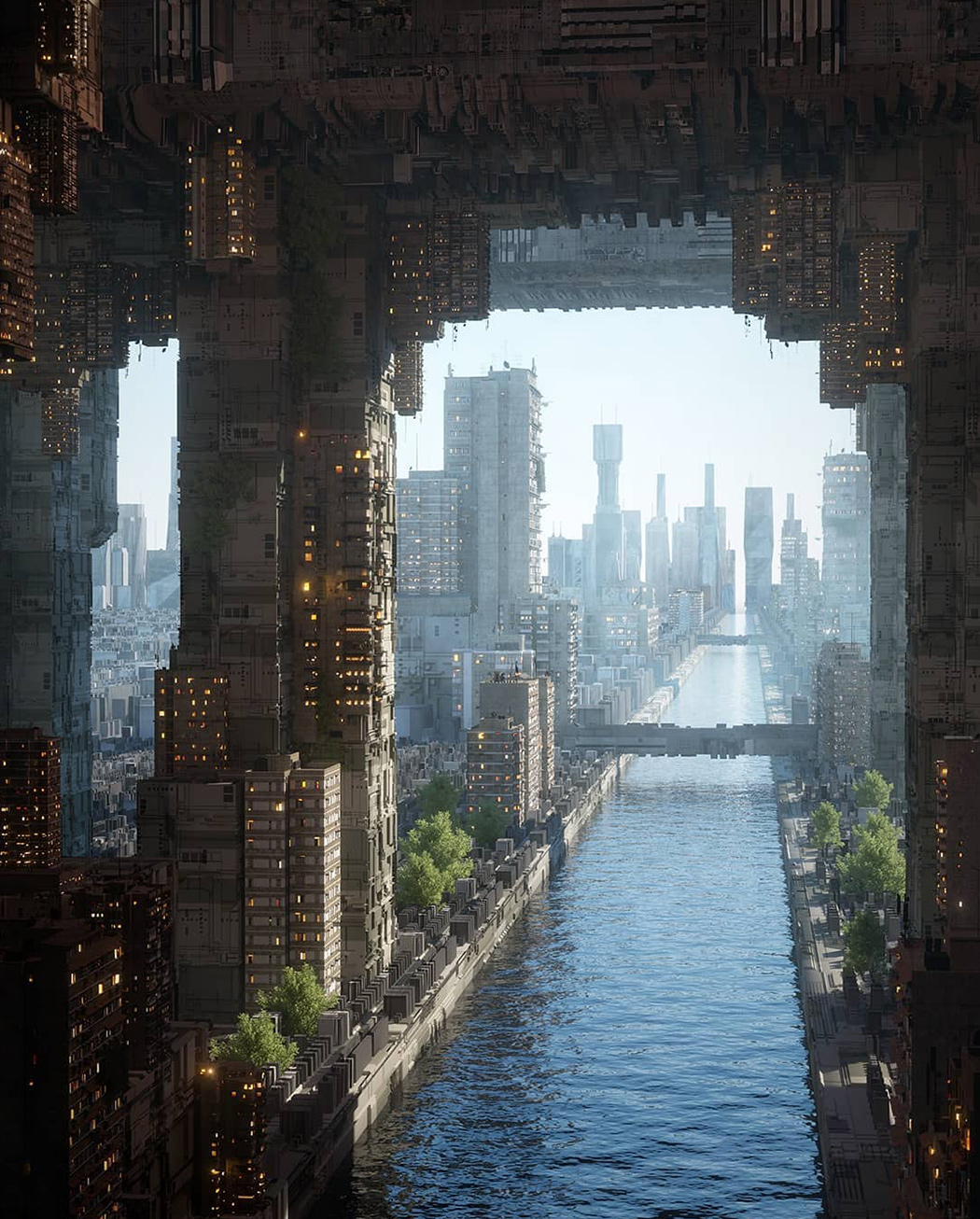 Living in cities, with homes that are so close by, we often know the person on the window opposite, they are practically our neighbors too! Habitat imagines a city where gravity is under control, so people reside on the land level and sky level (literally!) in this amazing view of what the world would be like if we run out of space in our cities. New York 2200 is here, and chances are, you will have a friendly neighbor above you as well! 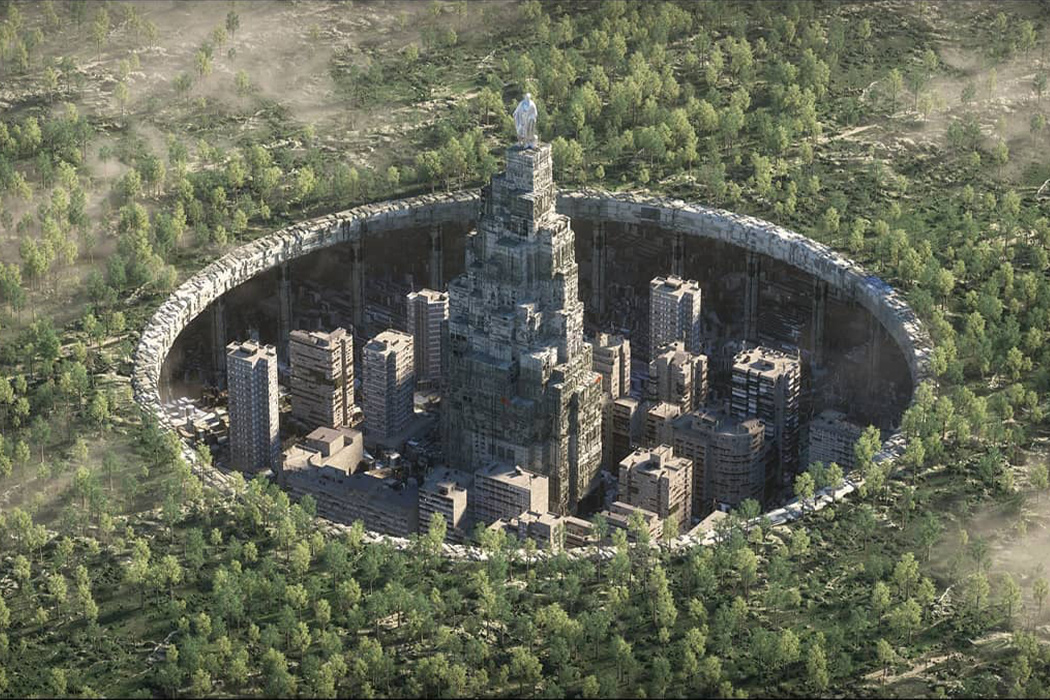 When man overruns all the forest to create cities, how do they balance the green space? By creating a dedicated space on a higher plane to create a forest that gets plenty of sunlight and it thrives enough to sustain the urban population. Titles Urbs, this render brings to mind such a space, with the richest of the people getting the higher floor and most of the benefits of the environment. Altered Carbon vibes anyone? 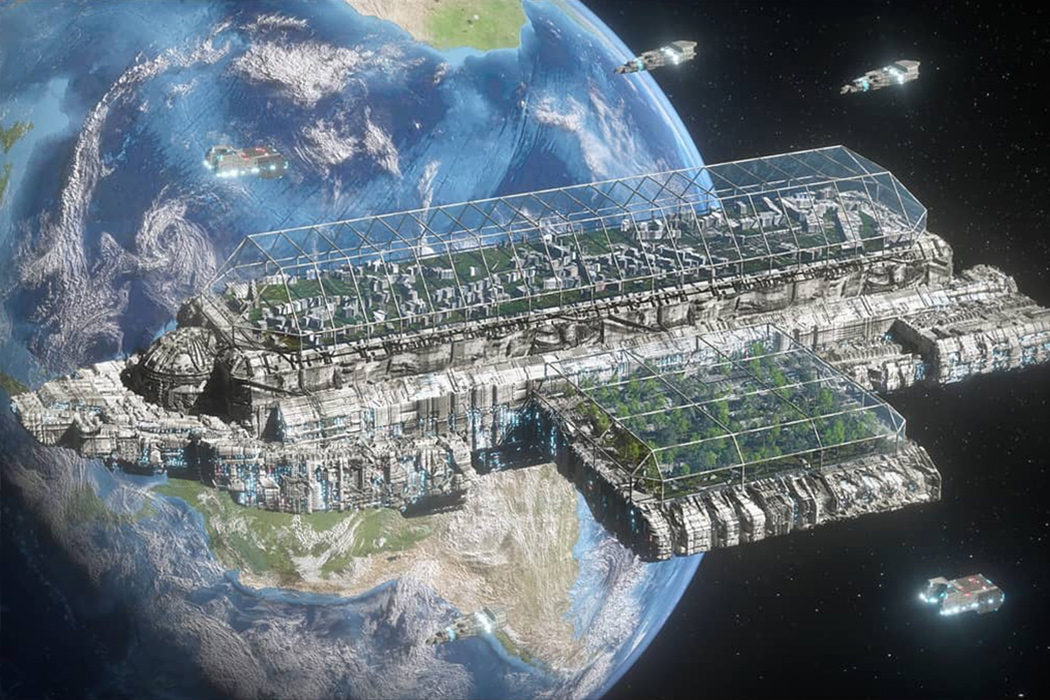 Whether our future is in space or on another planet, one thing is for sure – we need greenery! Probably if we enforce that lesson earlier, the future won’t come to a moment where we have to leave the planet. Morbid musings aside, this giant space-ship in the render Space Settlements seems to maintain that healthy balance of nature and humans on it that brings hope that these humans won’t be the round-ish blobs Disney’s masterpiece Wall-E envisions. 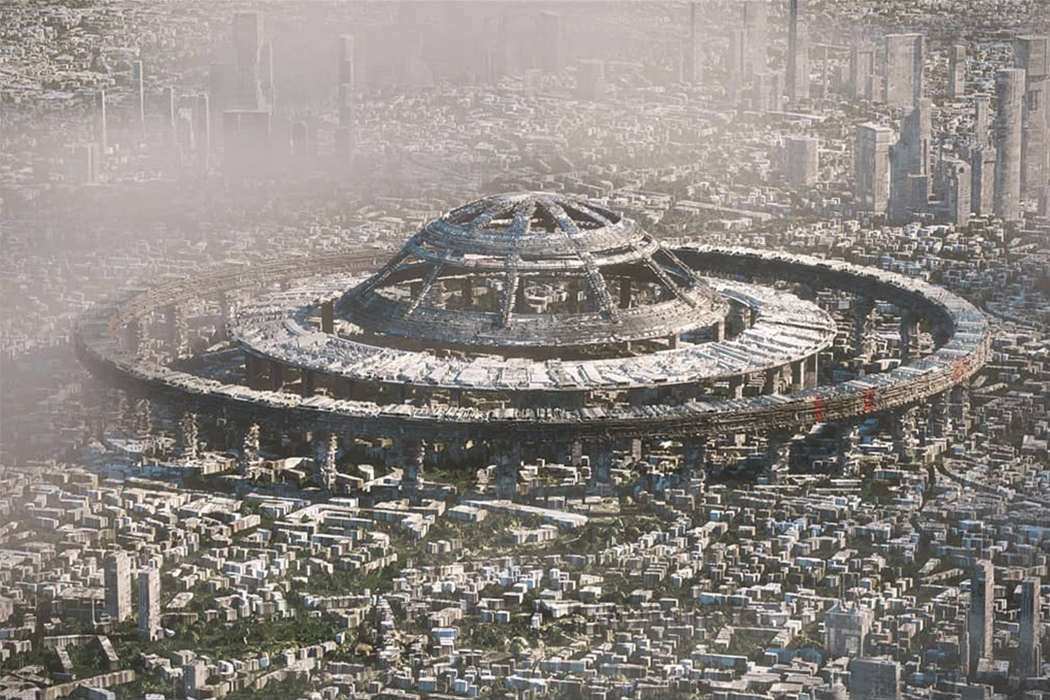 The year is 2120 and the city is Tokyo. Anyone who has lived or traveled to Japan knows that it is one of the most organized city in terms of its directions and signage. The huge structure that houses various railway and bullet train lines that run through it every minute is the past of this futuristic Central Station that in the next 100 years should account for the VTOL’s, hoverboards and jet packs as well! 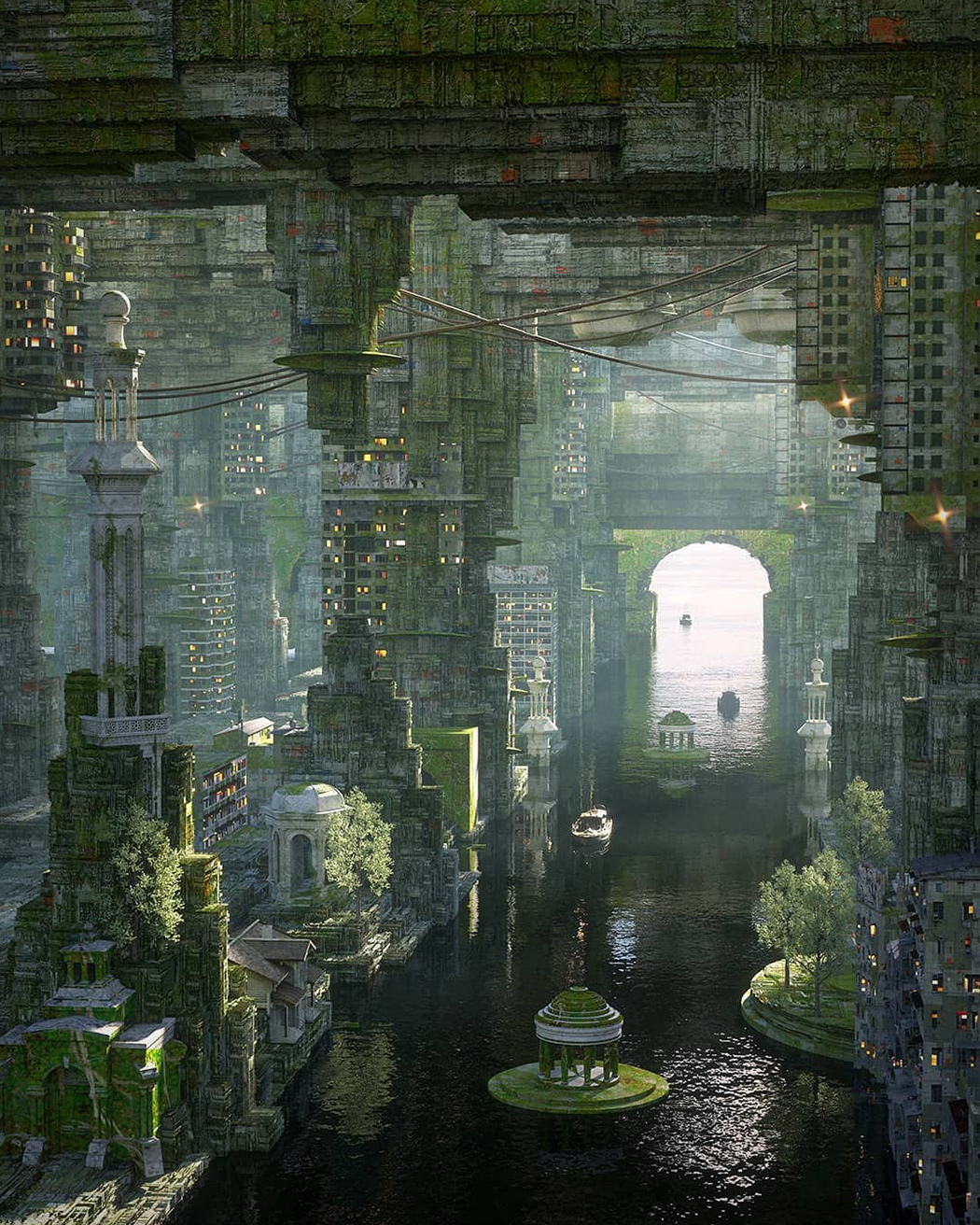 What do you do when you run out of horizontal space? You create a parallel plane to create housing for the remaining humans. Seems a tad bit difficult in terms of the logistics, but the design here named Myst has a charm of its own, like the water-filled city of Venice, where the old and the new come together and share a space while allowing nature to flourish around them. 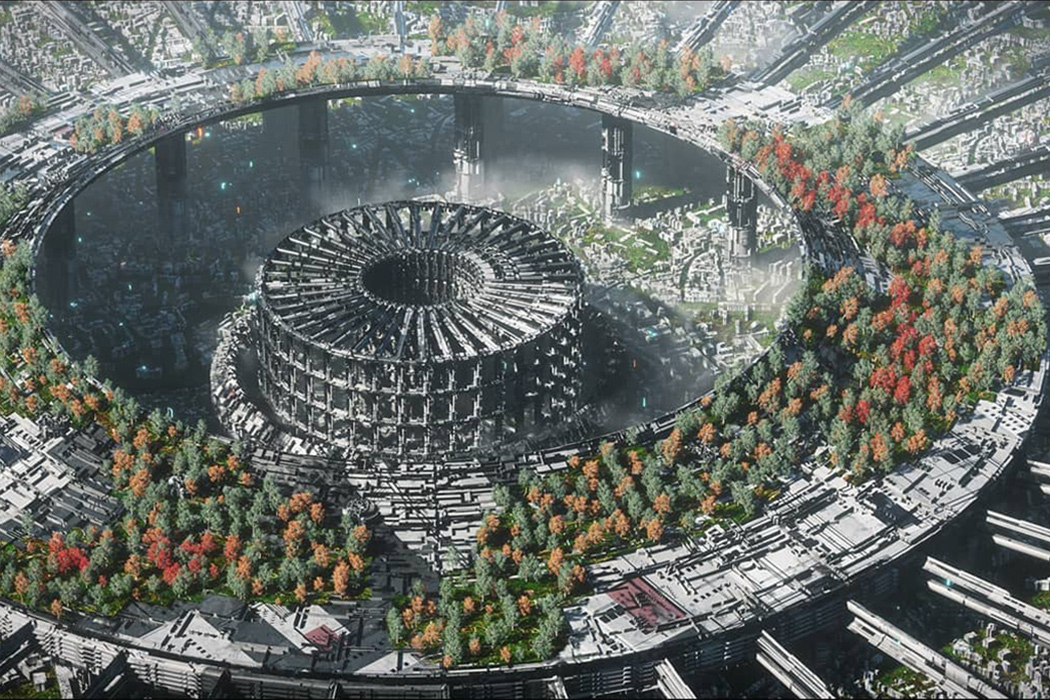 The increasing sales of air purifiers around the world are proof that we recognize the impact of our actions and the increasing air pollution. But what do we do when the pollution level is so high, that the small scale home purifiers are not enough? We create the O2 Station! Imagine a central, large-scale purifier if you will who stands tall and is responsible for cleaning the toxic air around us, making the environment habitable for humans and plants alike! 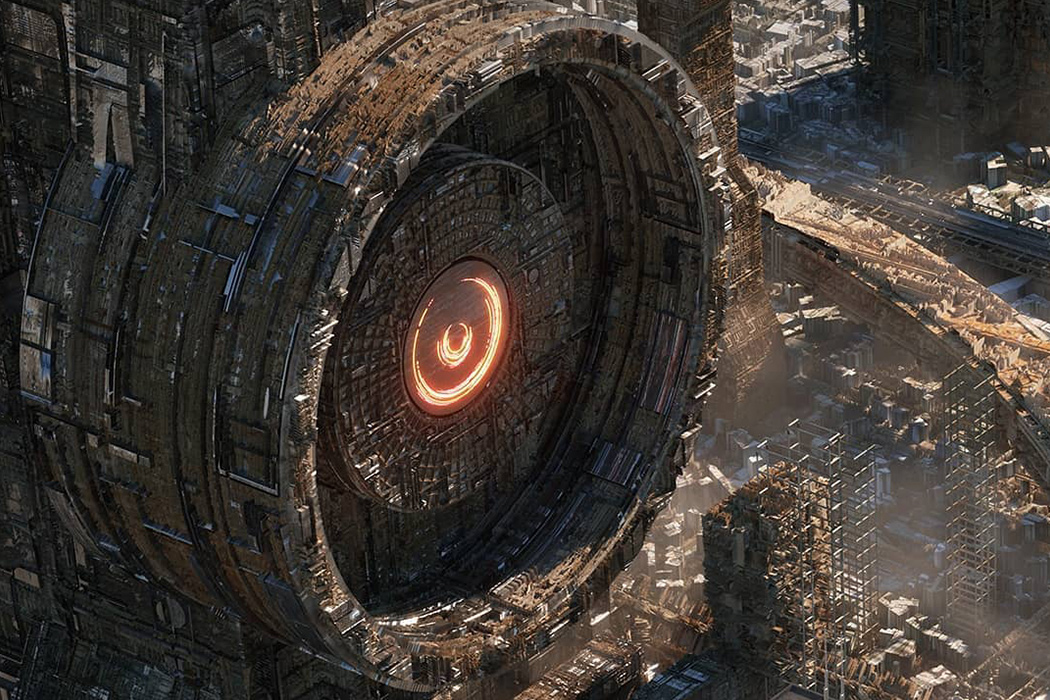 What would happen if the circular alien space ship that landed in New York (in Avengers Endgame, of course, this is not a conspiracy reveal) never left? I could imagine it growing earthy vegetation over time and becoming a part of the city’s heritage just like this design titled E-C-C. Population growing at an unprecedented pace causing us to capture space in every form – be it vertical skyscrapers or circular structures – this is a reality we can see sooner rather than later. 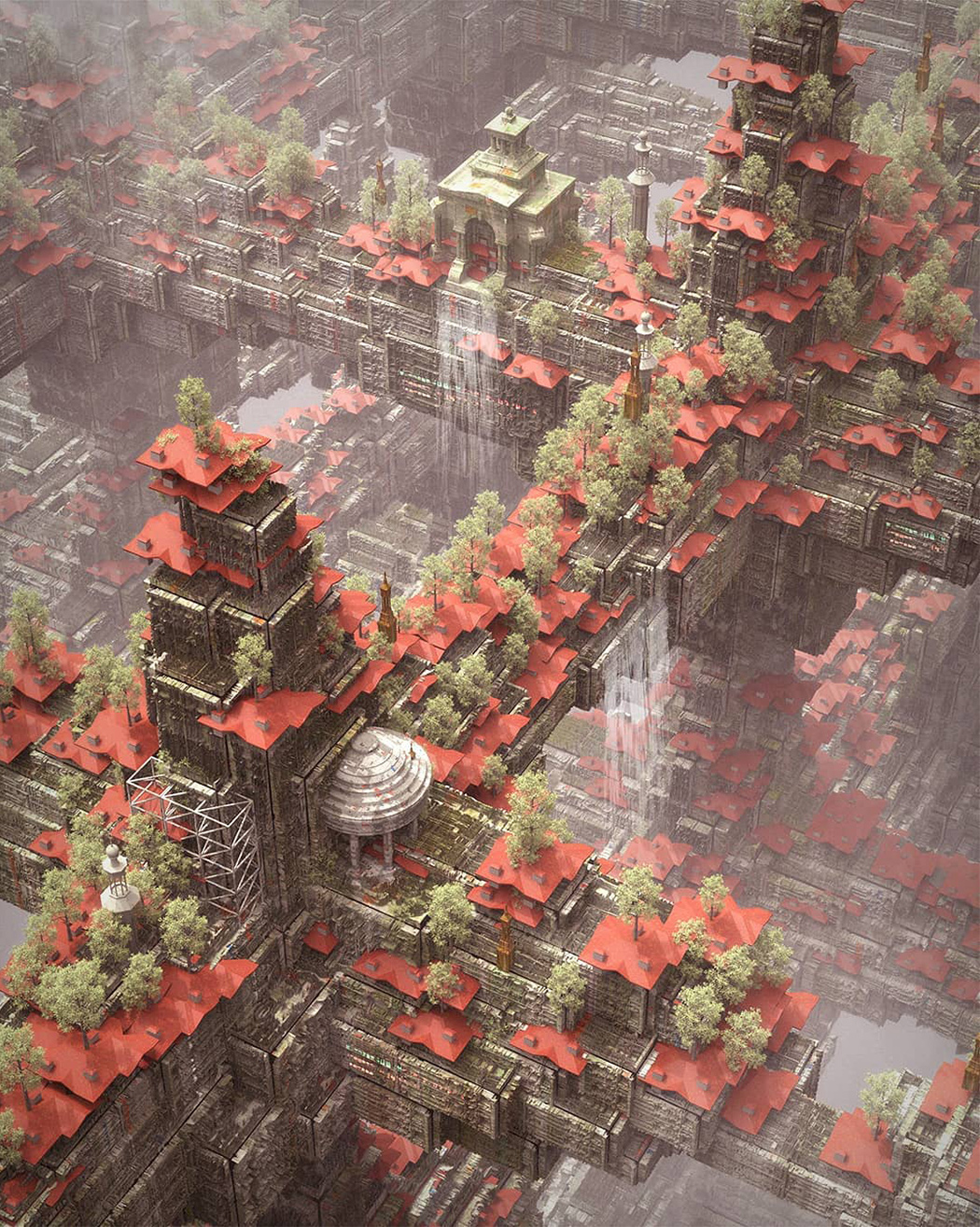 Usually, we associate the colour red with vibrance and even violence but there is something about the use of red in this render that brings to mind the zen temples of Kyoto in their fierce autumn glory. The multi-level structures in a grid-like a pattern are random yet organized at the same time, giving the city its name, the Quiet City. Look at this for long and I can almost hear the bells tolling! 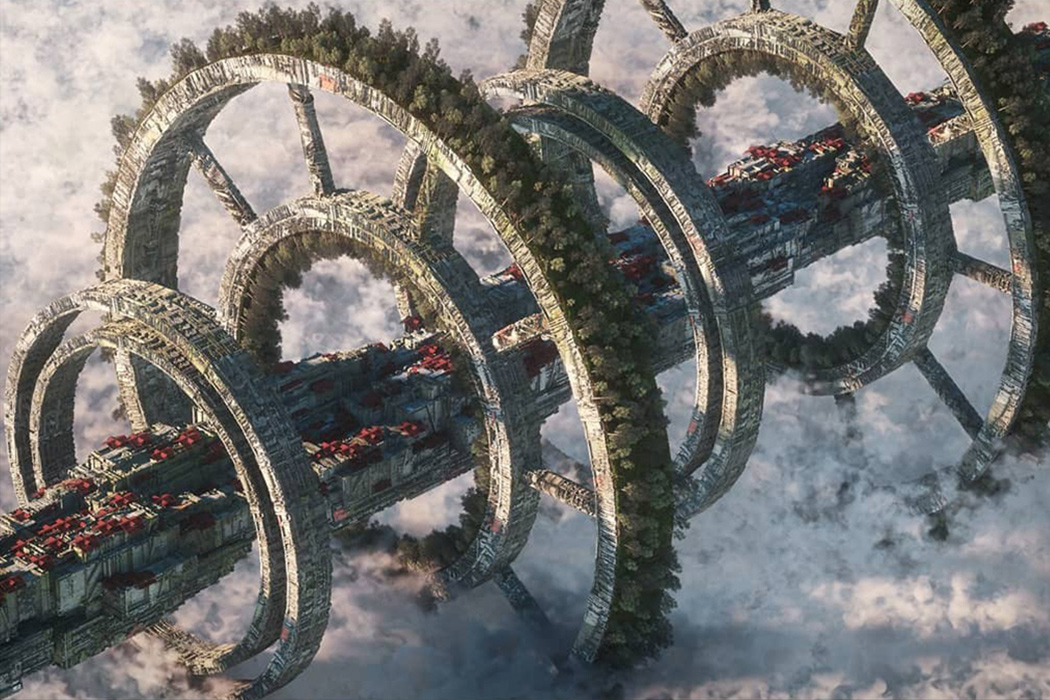 We know the importance of the earth’s rotation in our daily lives. Can you imagine living only in the night, with no daylight coming to your rescue? When humans live in space, we will try to replicate what we already know and that is what gives the Rotor City its unique shape. Built around a central axis, the city is built to rotate like Earth, retaining the balance we are familiar with and making the transition from Earth to space easier. 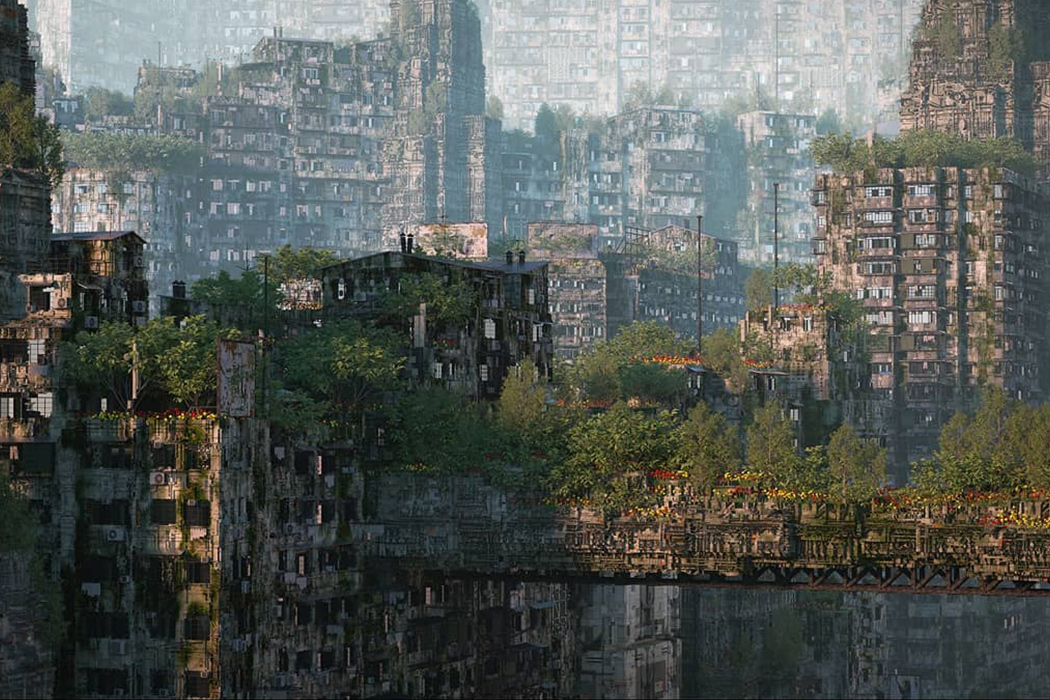 When the people in the 1900s imagined 2020, flying was a legitimate mode of transport and here I am in 2020, stuck in quarantine with no flight in sight. So maybe the future we are envisioning will be not a vastly different route but more of a nod in the right direction, creating that balance we seek. New Life is such a futuristic city, overrun by skyscrapers and plants alike, showing that the new modern must be more green than grey!

Love these design renders as much as we do? Check out more of them in the first part of this series!

If you’re clever enough, you know that all the strange cross bristle design and the useless rubber textured backs on your toothbrush don’t work. You…

Light and Art – A Winning Combination

Skeletal sculpture meets functional light in the Molecula lamp by Benjamin Migliore. With its rounded intersections and crisp lines, the geometric structure is at once…

Artistic Robots Have A Future

The year is 2058 and you’re bored of the drab walls of your home. Your change in mood is sensed and from a discreet corner…

Totally intrigued by the Hydralamp. It has a unique cooling system that extends the LED bulb lifetime to 50,000 hours. The lamp is also an energy saver….