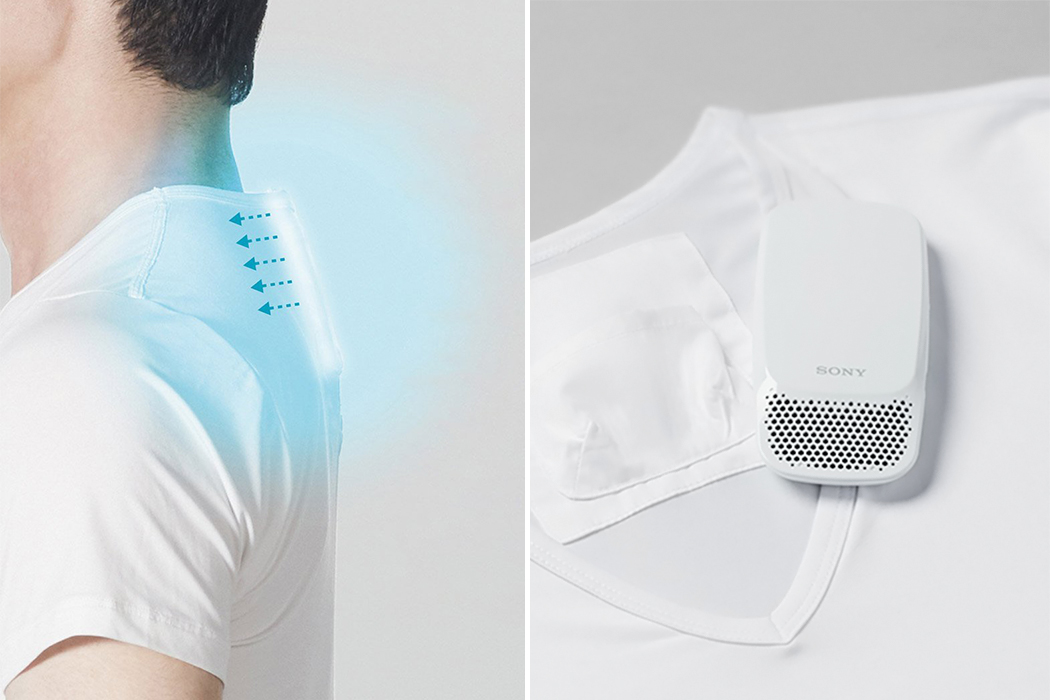 The world has gone digital in this quarantine and the one thing that has continued developing at an unprecedented speed is the technology revolution. The tech world has risen up to tackle today’s problems – everyone from start-ups to brands are coming up with innovative solutions and these are the latest inspiring gadgets that caught our eye which defines the tech trend we can see in the near future. Let us know what your take is on these products! 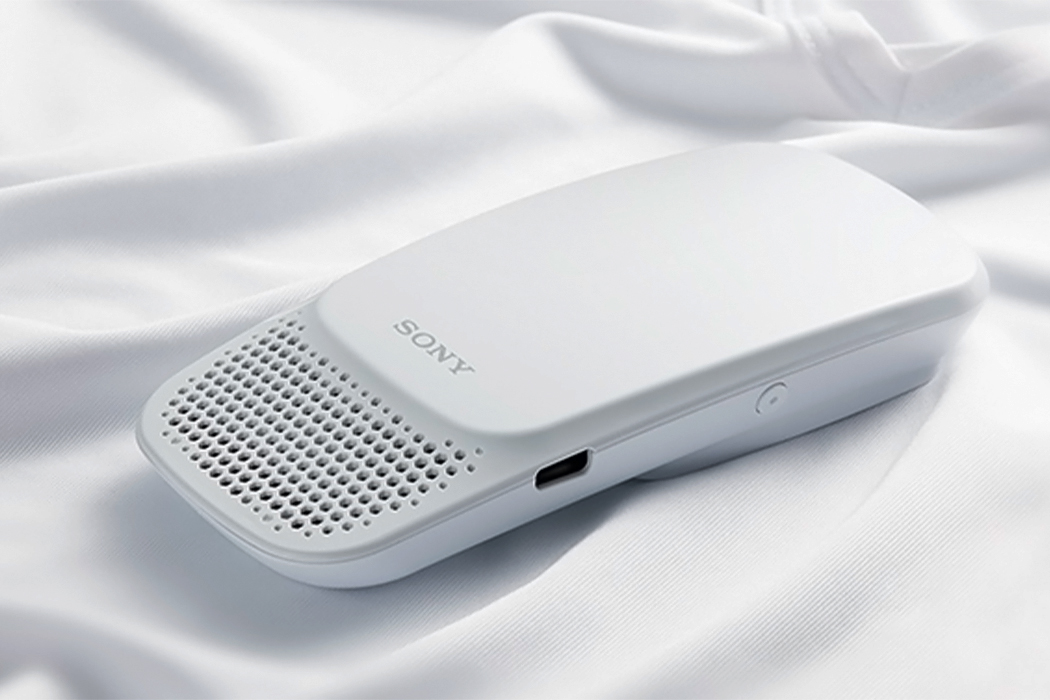 A portable, wearable, air conditioner is no more a thing of futuristic TV shows. The Reon Pocket by Sony is a smartphone-controlled personal gadget that was designed to be compact and cool. It works using thermoelectric cooling and can cool the user’s body temperature by 13 degrees celsius (23 degrees Fahrenheit) and raise your temperature by about 8 degrees Celsius (about 14 degrees Fahrenheit). Reon sits on the base of your neck in a special undershirt designed for it. It uses the Peltier effect which means a temperature difference is created by applying a voltage between two electrodes connected to a sample of semiconductor material. The heat is absorbed or emitted when you pass an electrical current across a junction to either lower your temperature or increase it without bulk or noise. 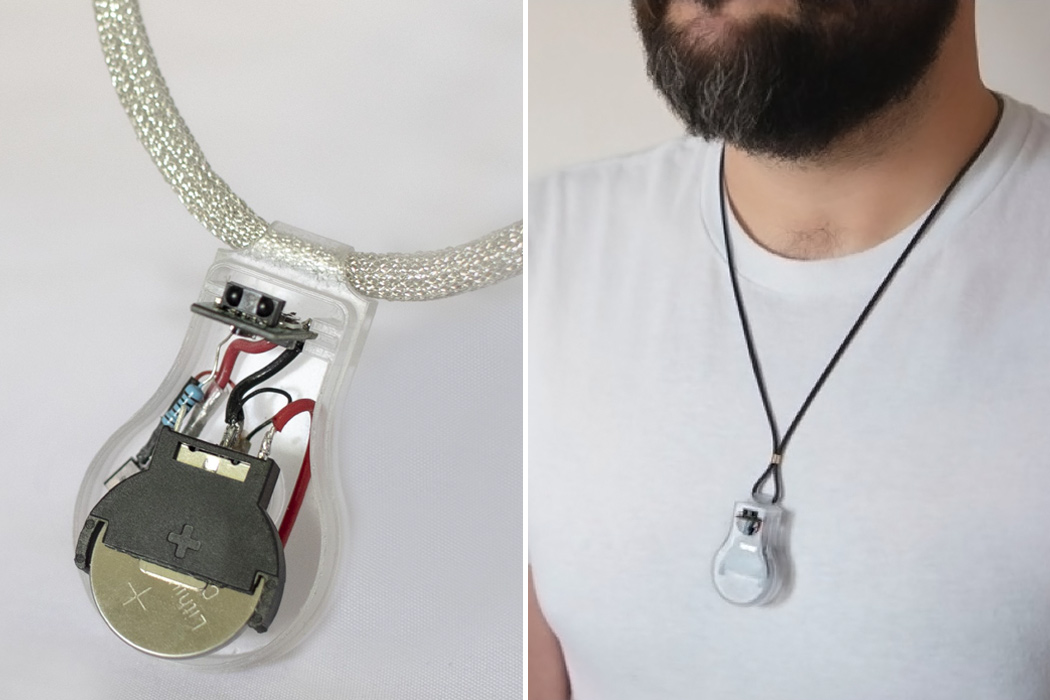 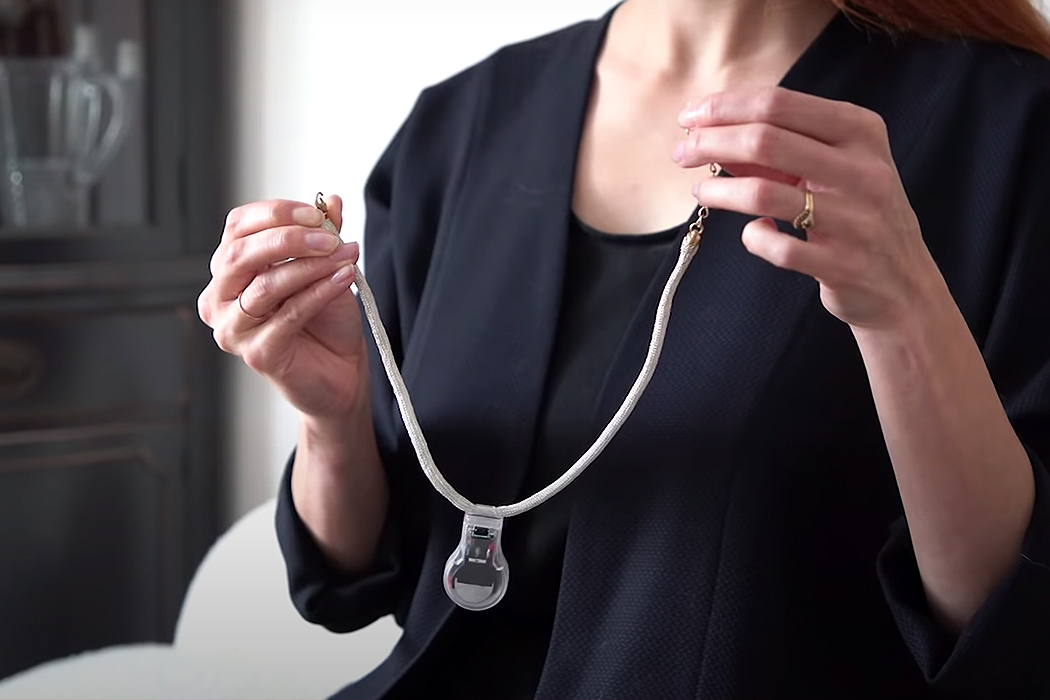 NASA isn’t selling these directly, but Jet Propulsion Laboratory has made the 3D-printed concept available as an open-source project so anyone can make this smart wearable for their own health and safety. It works on a simple mechanism – the necklace has a sensor that detects when the user lifts their hands towards their face and it will vibrate to warn them using power from a common button battery. This vibration is a reminder for the user to not touch their face and soon establishes the muscle memory required to turn this into a new behavioral pattern. All the necessary STL files, the list of the parts you’ll need, and the assembly instructions have been made freely available for anyone to make these. Apart from the 3D printer and having the knowledge of basic electrical DIY skills, all the components are easy to source and if you want to learn then YouTube is always there as a resource. 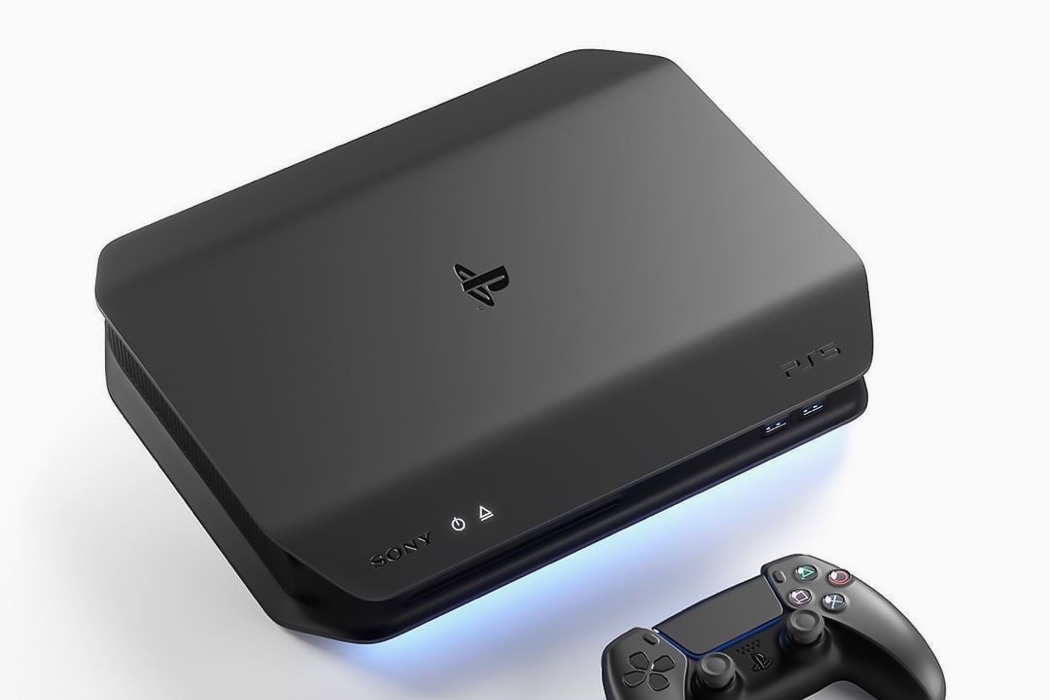 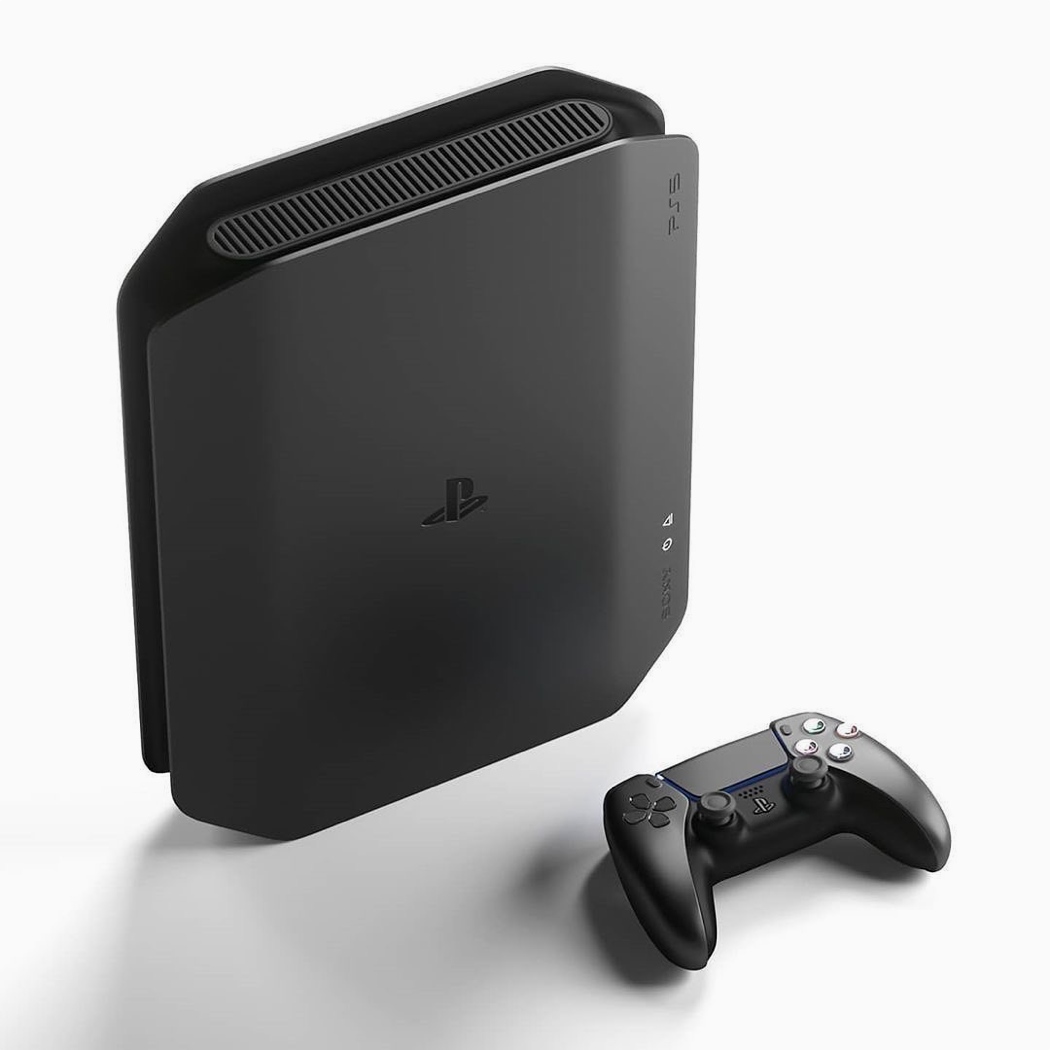 The world is STILL debating on the latest PS5 so designer Alexandre Touguet took ‘control’ and redesigned it so Sony didn’t have to! Not convinced by the design of the new PS5 like many out there, Alexandre Touguet took it upon himself to take one for the team and do the gamers a quick favor by redesigning the console. “I wanted to bring an organic touch by following the artistic direction initiated by the controller revealed a few months earlier but I wanted to keep the DNA of PlayStation with a much more rational overall shape and directed towards its function,” says Touget. 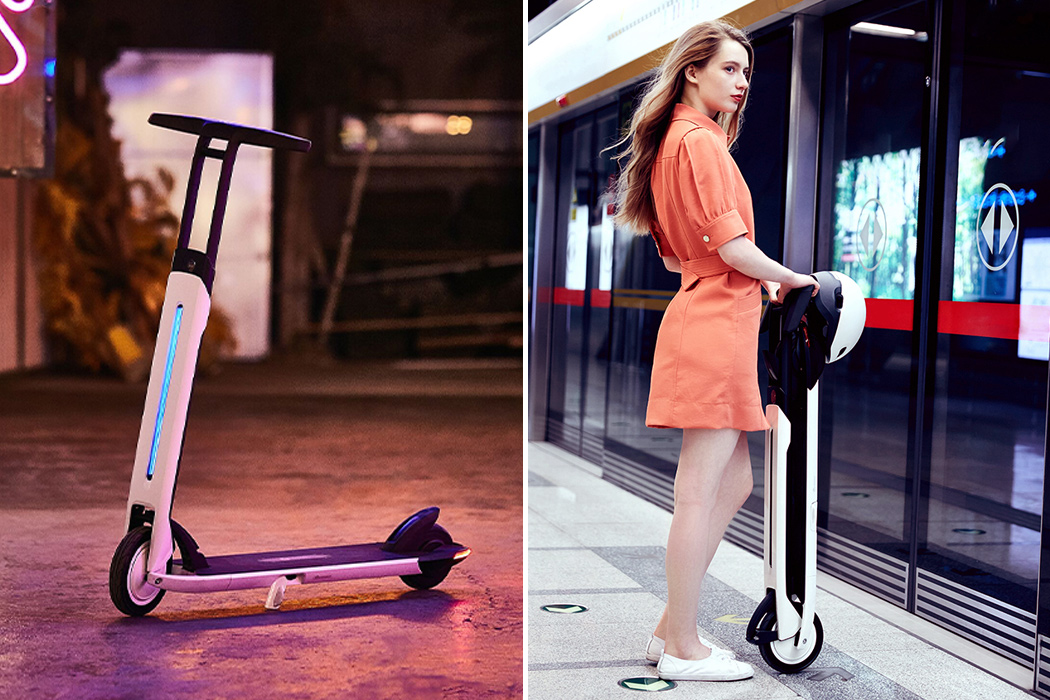 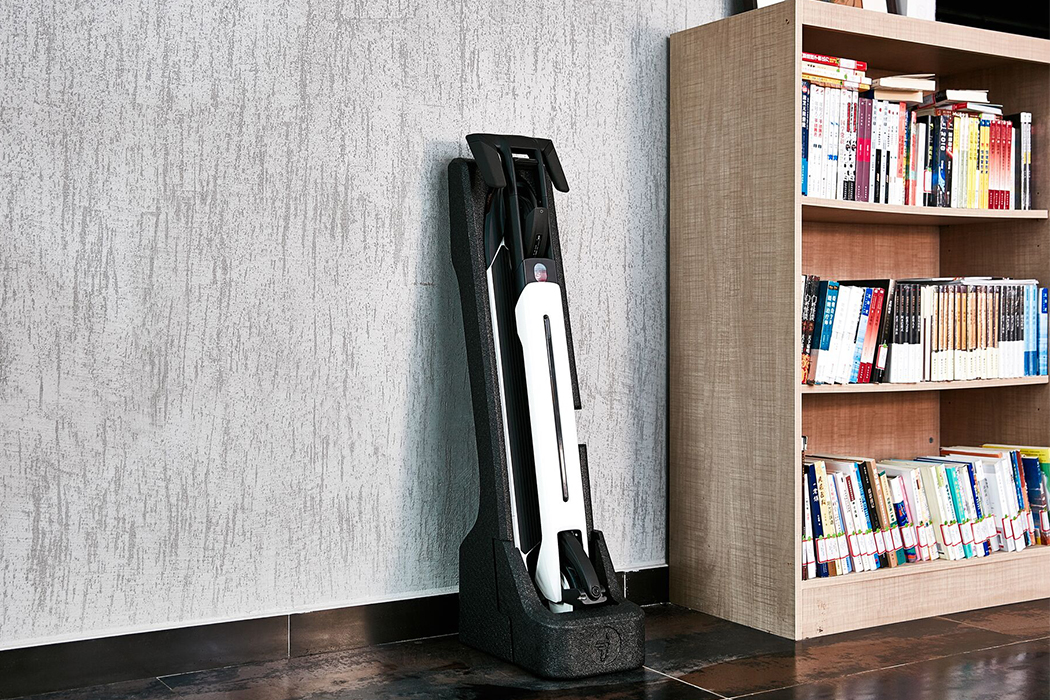 This award-winning e-scooter was designed keeping in mind the needs of someone commuting daily in a city. Thus it was made portable, lightweight and since it literally folds in half, it is an extremely convenient option. Segway is already a global leader in electric mobility and they are not only upping their tech but also their design game with this scooter. The Ninebot KickScooter Air T15 is seamless, compact, and minimal in its form. The Air T15 team spent over SIX years (nearly 12,500 hours) perfecting its ergonomic design using the lightest yet the most durable material for a sleek and futuristic aesthetic without compromising on reliability and power. With one click you can fold the scooter into half and the 6-axis sensor embedded in the dashboard will detect the operation mode which will help to turn the power off automatically. Once folded, you can drag it smoothly like a suitcase with wheels. 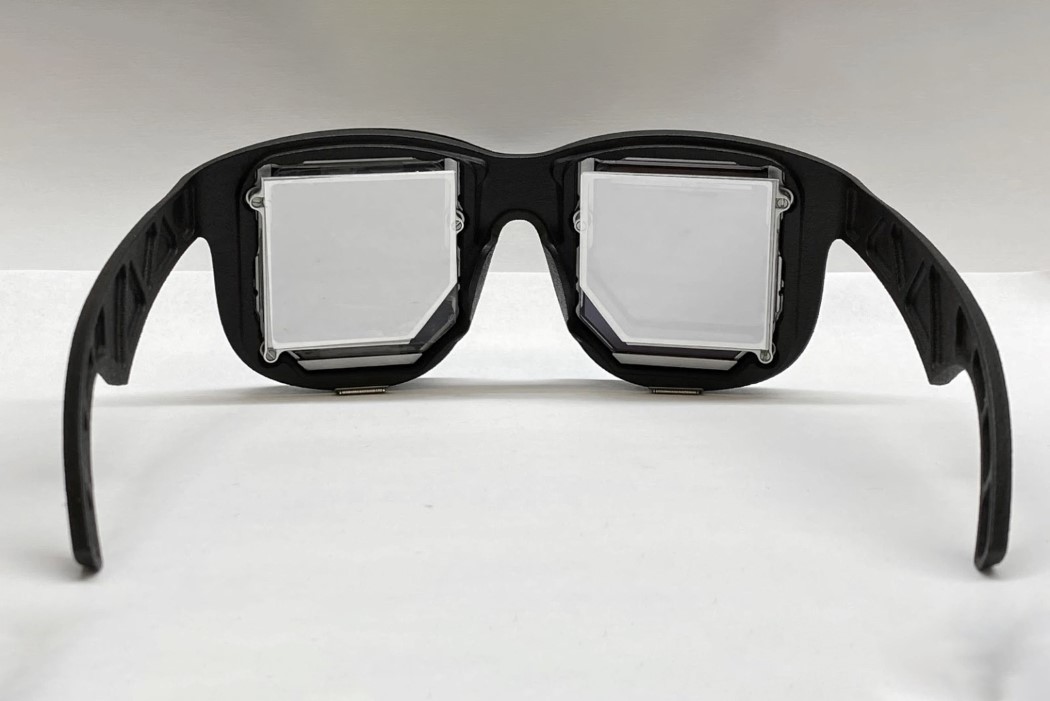 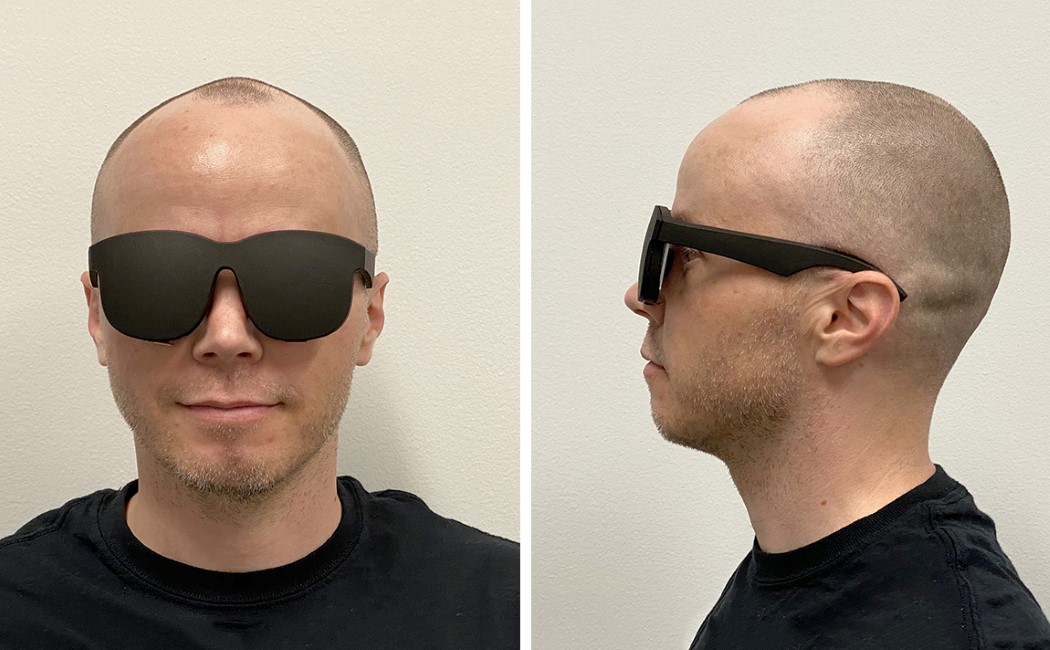 Demonstrated at this year’s virtual SIGGRAPH conference, Facebook Reality Lab’s latest prototype VR wearable is, to mildly put it, ridiculously thin, measuring at just around 9mm. Designed to look like a pair of wayfarers, these glasses actually hold display units inside them, and Facebook’s research in viewing optics technology has helped them condense the headset from something that feels like a toaster strapped to your face, to a pair of frames that look like a pretty slick pair of shades. How did Facebook manage to shrink a state-of-the-art headset into something that’s 9mm thick? Well, FB’s research blog’s been kind enough to release a GIF that shows exactly how the spectacles create the illusion of distance between the eyes and the display. It’s sort of similar to how binoculars work, in which mirrors are used to make a beam of light take a longer path within a small chamber. FB’s prototype headset, however, doesn’t use mirrors, but rather relies on a holographic lens. You see, a VR headset has three main components – a source of light (e.g., LEDs), a display panel that brightens or dims the light to form an image (e.g., an LCD panel), and a viewing optic that focuses the image far enough away so that the viewer’s eyes can see it (e.g., a plastic lens).

Are you an Apple fan? These Apple-inspired gadget designs are a must-have to upgrade your desk setup!

Imagine your Google Home Mini grew a screen, and displayed the time. That’s what the Lenovo Smart Clock is, and it’s positioned as the perfect…