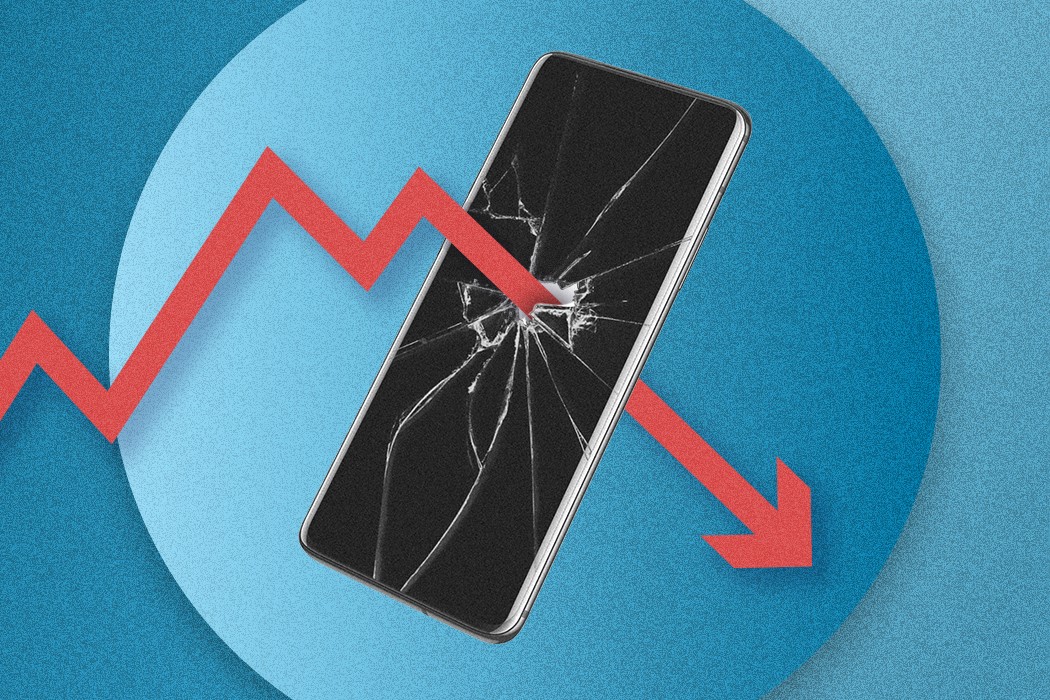 In a span of one month, I’ve seen leaks and official releases from OnePlus that indicate that they’re launching 3 phones (the 8, 8 Pro, and the Nord) in just the first half of 2020. That figure pales in comparison to Samsung, which has ALREADY launched 6 flagship phones just between January and March of this year (with more in the pipeline). Apple’s launched one low-end iPhone and is working on two more flagship iPhones to launch in September, Google’s allegedly working on the standalone Pixel 4A and the Pixel 5 series. Do we really need so many phones? Wait, let me rephrase that. Do we really need each tech company to launch a minimum of three smartphone models each year? I’m not even including Samsung’s A and M series, which would bring its grand total of 2020 launches to 22 separate smartphone models. Now, I’m no supply chain expert or marketing whiz, but I’ll just say this from a place of common sense. The human race DOES NOT NEED 22 new Samsung smartphones each year. It’s ridiculous that I even have to articulate such a thought. That doesn’t mean that launching 3 smartphones each year, like Apple, is a better business model either, ethically speaking. Consumer demand for smartphones may be high, but the demand for alcohol is high too. Does it make it ethical to ‘cater to consumer demand’ and pump out more alcohol each year? I honestly don’t think so.

(If you’re wondering why I’m equating smartphones with alcohol, it’s pretty simple. They’re both addictive, have a negative impact on behavior and mental health, and just to drive the point home, you’re legally forbidden from driving a car while under the influence of alcohol or while you’re on your phone… makes sense now, right?)

The world can’t pay $1.5K for ‘an innovative slab of glass’ anymore

The pandemic has done a good number on the economy, and consumer technology will surely feel the burn. The last thing phone manufacturers need to do right now is focus on quantity. Here’s my advice to Apple, Google, Samsung, and other smartphone manufacturers. Spare yourselves the trouble, maybe reconsider your marketing team and its budget, and cut down the number of phones you release each year to a more sensible number like TWO phones per year. One flagship, and one mid-range. Nobody has money to throw at folding display phones, so here’s an open request to Samsung to ditch the upcoming Galaxy Fold 2. Focus more energy on building phones that cost less, last longer, and can be repaired. You could consider charging a premium for repairing phones and earning your money through fixing and prolonging the lifespan of existing devices, not through selling new ones.

Don’t try to be ‘disruptive’. This year has disrupted enough.

Sparring isn’t always about throwing punches, it’s about dodging them too. When you anticipate a knockout blow approaching your face, it’s only common sense to take a step back instead of trying to land a punch of your own. That metaphor holds true when it comes to business, technology, and innovation too. When the situation is conducive to moving forward, facial recognition, faster processors, flexible displays, and pop-up cameras make absolute sense. When the world as we know it is in tailspin, relying on more robust features like better battery life, fingerprint reading, durable construction, and a radio chip for emergencies makes more sense, even if it feels like a step backward. After all, that’s how you avoid being knocked out, right? 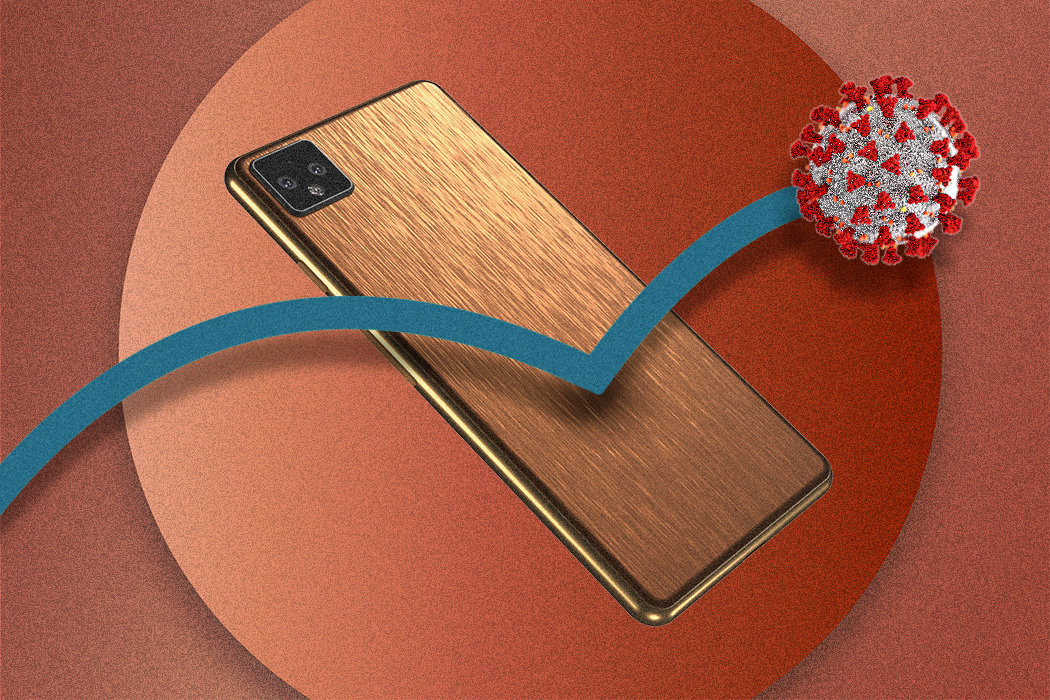 As we enter these unprecedented times, the approach to safety needs to be manifold, involving both physical as well as digital protection. It’s pretty common knowledge (and I’ve shared this a bunch of times) that the average smartphone is as dirty as, if not dirtier than, your regular toilet seat. It collects bacteria on an hourly basis, constantly touches our hands, our face, and rarely (if ever) gets sanitized. Now I’m thinking out loud here, but wouldn’t it be a good time to make a smartphone that, by design, repels germs? We’ve covered, in-depth, hook-shaped EDC designs machined from copper or brass that help you maneuver through life, opening doors, pressing buttons, or carrying bags without having to use your hands. The copper/brass construction helps actively kill/repel viruses and bacteria, so how about if the backplate of your phone, instead of glass or aluminum, was made of an anti-microbial material like brass or copper which would help reduce germ collection? What if the phone’s OLED display had a built-in low-intensity UV-C light that could neutralize germs on the glass screen while the phone was idle? It’s time to start thinking of the phone as an extension of the body, and just how masks and PPE are necessary to protect YOU from viruses, your phone should be built to resist germs too… it isn’t too much to ask, especially for a device that we throw thousands of dollars on, and use for an average of 6-8 hours every single day.

Speaking of viruses and its obvious dual-meaning both in real life as well as in tech, digital safety is arguably just as important as physical safety. As companies like Apple and Google roll out their contact-tracing APIs that help track users and who they’re interacting with, the obvious risk to personal privacy is more than apparent. We’re always quick to surrender our privacy for safety immediately after a disaster, but it’s been nearly 20 years since 9/11, and Edward Snowden says the FBI still taps into our devices, has records of our lives, and reaches out to big companies for information on you. Google’s even being slapped with a whopping $5 billion lawsuit for tracking user data even within their browser’s incognito mode, and it’s happening as we speak. Privacy is a basic human right, and a disaster shouldn’t really change that fundamental fact. It’s an opportune time for phone companies to appeal to us by being more trustworthy. I, for starters, wouldn’t mind a smartphone with a physical disengage switch that turns off the cameras, microphones, and disconnects the SIM card. Like an Airplane Mode that goes ahead and physically severs your phone’s connection to the SIM card, WiFi module, GPS module, camera, and microphone… or better yet, a smartphone that isn’t that smart to begin with – Nokia, Blackberry, it’s your time to shine!

To conclude this monologue (which I hoped would be a little more optimistic than it’s turned out to be), it’s time big OEMs revise their playbook, not just for the sake of their customers but for their own longterm health. It’s obviously time to say goodbye to massive keynotes with large swathes of journalists and fans, and to hardware releases that show up every year like clockwork… and to usher in an age where smartphones are designed to actually last, and to be repaired when for some reason they don’t. A long-term relationship with your phone isn’t going to be complete without trust either, which, to be honest, there is an absolute deficit of… especially after how many times companies like Google, Facebook, and the like have betrayed our trust, prioritized profits over basic human decency, or have been so incredibly tight-lipped about what they’re doing with our data. How else do you explain major companies boycotting Facebook Ads to the tune of $7 billion, or the fact that people are legitimately tipping over 5G towers as a form of protest??

The virus, as negative and devastating as its impact has been on the global scale, has also given us a unique opportunity to wipe the slate clean and begin afresh. I honestly hope that companies like Apple, Samsung, Google, and their contemporaries actually seize this moment to reflect on their values, to do better, and to be better.

One of the several drastic changes that COVID-19 brought into our lives was the work from home culture! Gone were the typical office environments that…

Good designs get featured on Yanko once, awesome designs get multiple features! The Stagg Kettle was introduced before, but its awesomeness has brought it back,…