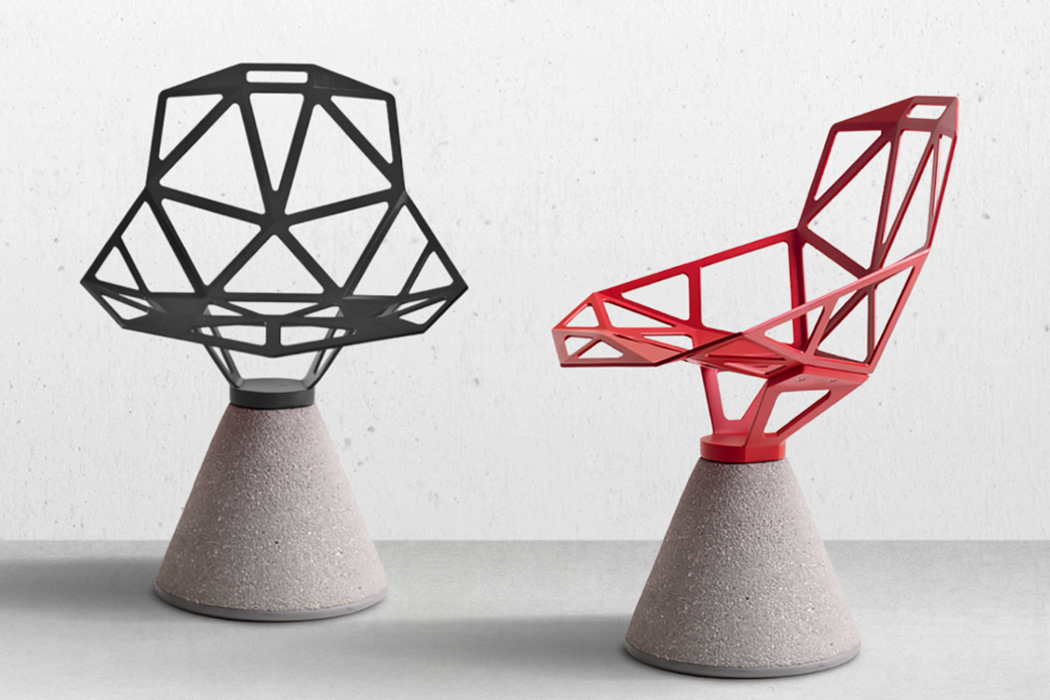 Chairs – can you imagine living without one? One of the first things we need the moment we set up our home is the furniture we will use to rest ourselves. Over time, the shape, form, materials, design language – everything has evolved except for our primary need to rest against a surface. I’m sure that even as you read this, most of you are seated on a chair! Now give that chair a long hard look and think of the years of design practice that went into making the design what it is today. Inspiring, right? The iconic chair designs showcased here have played a part in our history – from reflecting the needs of the world, merging art and design to even creating practices that transformed the manufacturing ideology, everyone should pay homage to these revolutionary designs. 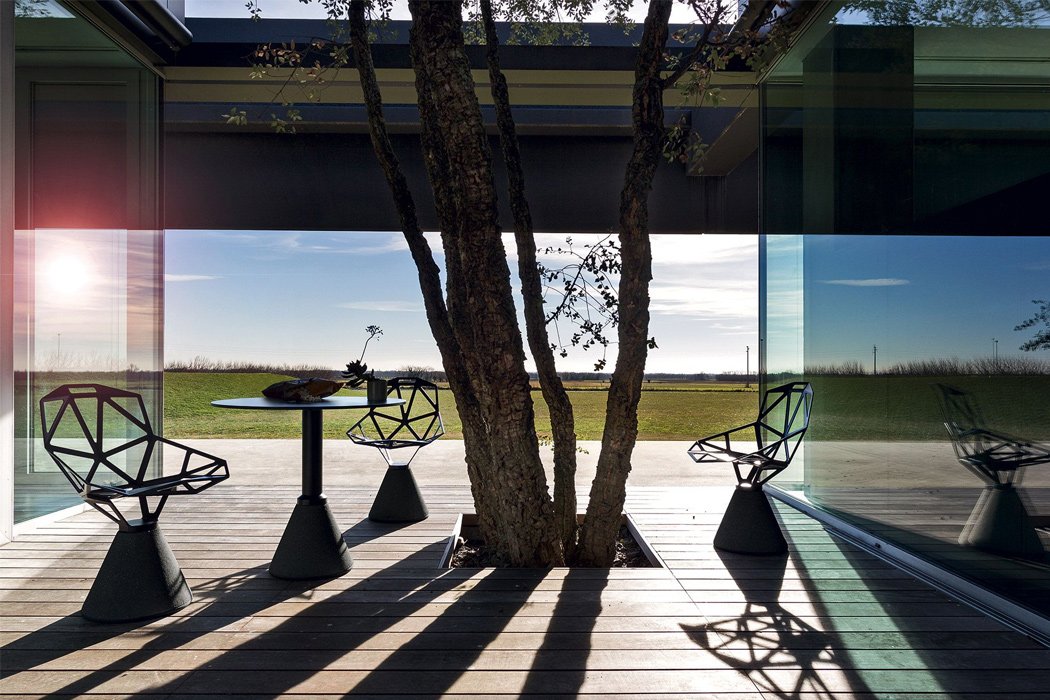 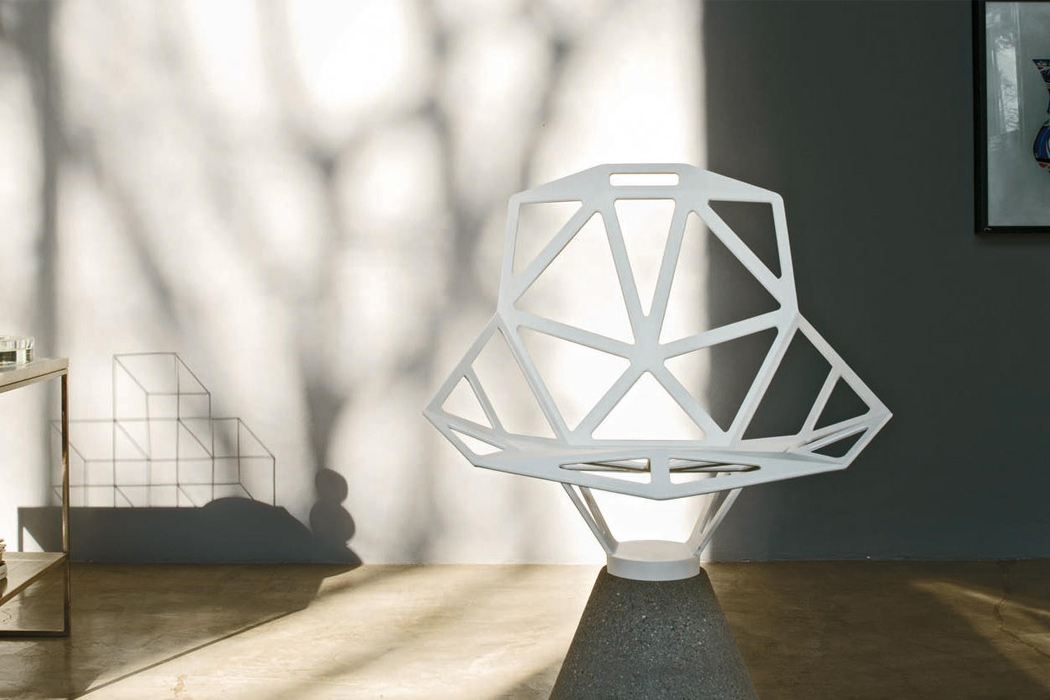 “Chair_ONE is constructed just like a football: a number of flat planes assembled at angles to each other, creating the three-dimensional form. I think my approach was a mixture of naivety and bluntness. Given the chance to work with aluminum casting I thought that I should take it all the way. The more we worked on the models the more we learned to understand the structural logic behind what we were doing. What began as a simple sketch, a series of cardboard models, prototypes, is now a real chair.” says the designer Konstantin Grcic. The German industrial designer is known for having a pared-down aesthetic with his functional designs being characterized by geometric shapes and unexpected angles. 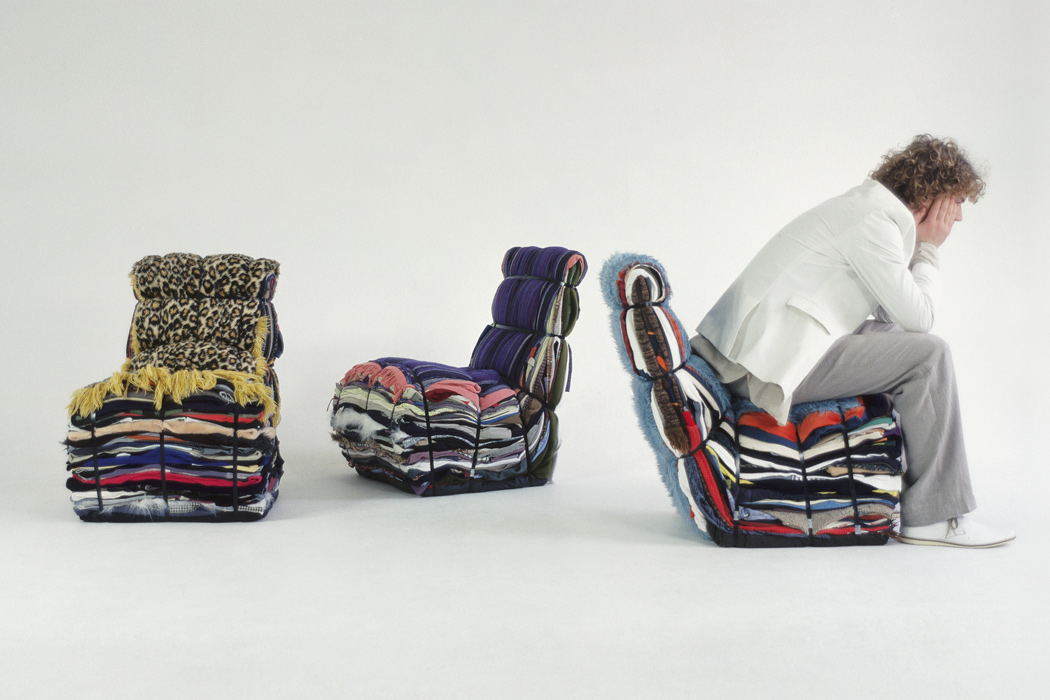 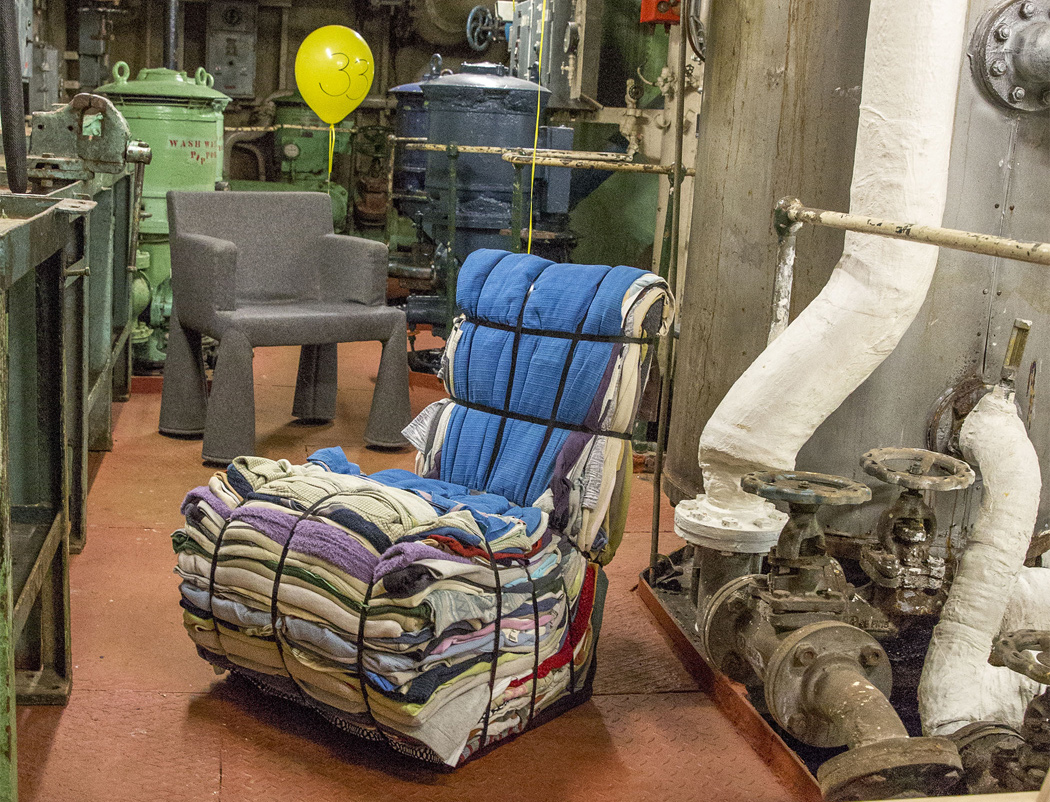 Tejo Remy works as a product, interior, and public space designer together with Rene Veenhuizen in Utrecht, the Netherlands. Where there is abundance of materials, there is also an abundance of waste. Considering everything as material, Remy incorporates existing information, circumstances, or found goods into new situations, or simply put, repurposes the products to give them a new life. The ideology behind this collection is elegantly simple, “make your own world with what you encounter like Robinson Crusoë created his own paradise on his island.” says Tejo. 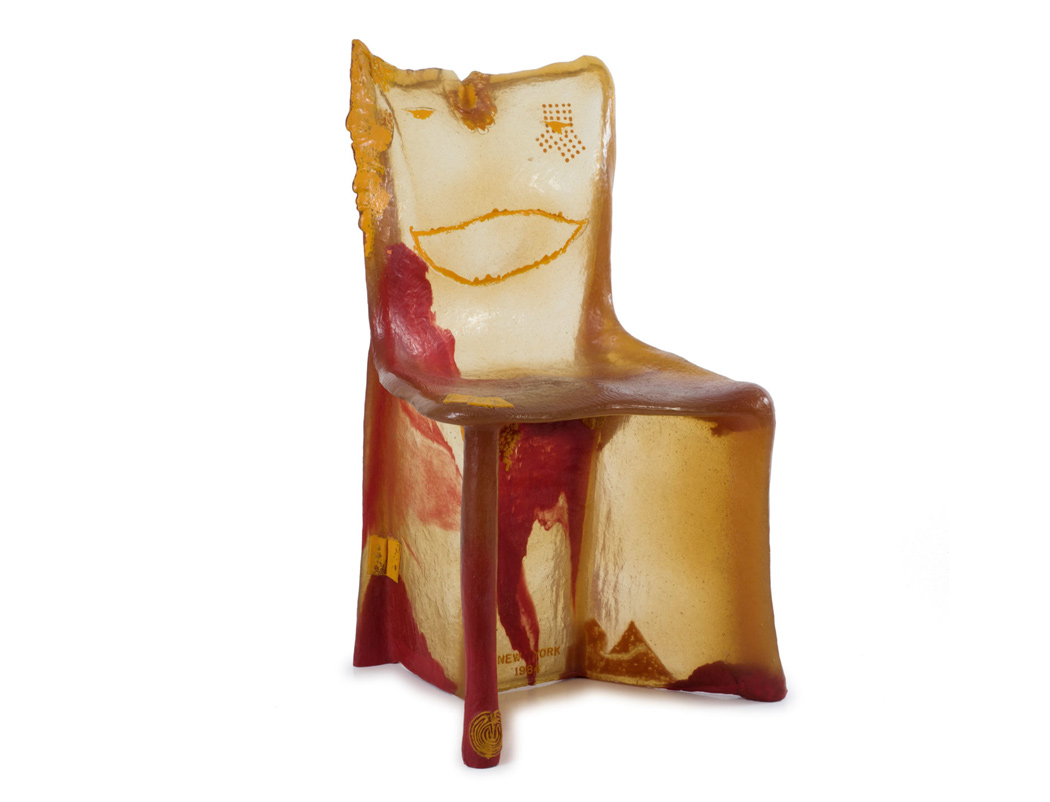 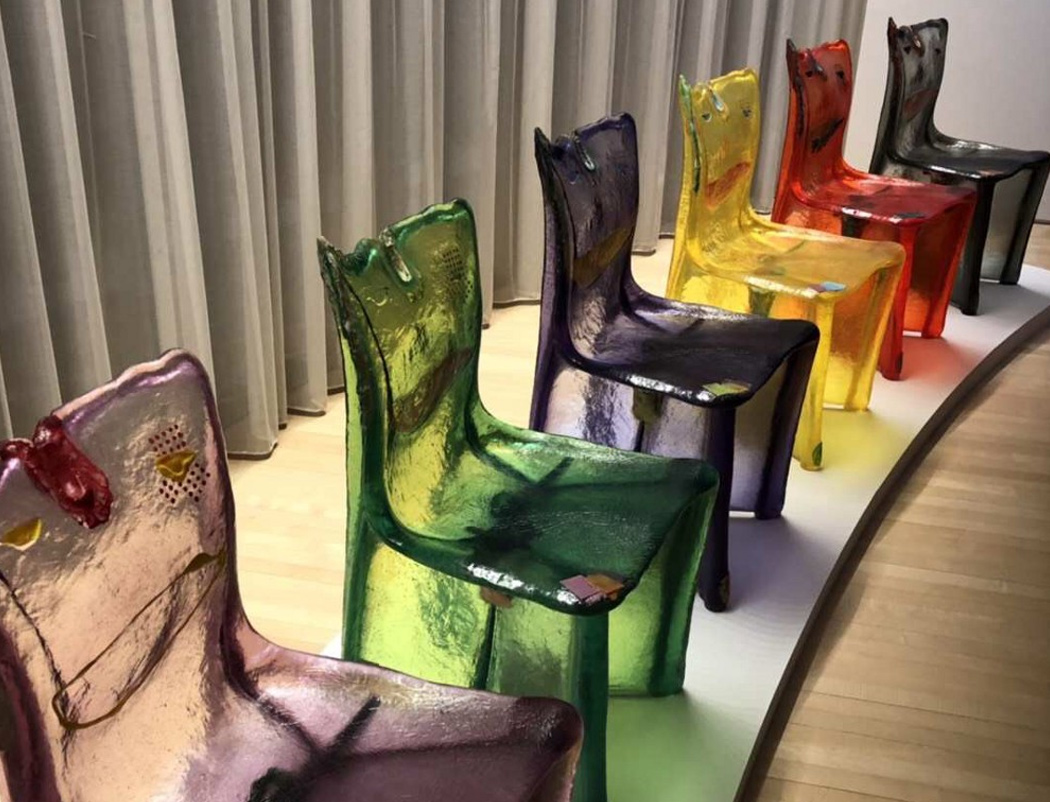 In 1984, at a Pratt Institute laboratory in Brooklyn, Italian designer Gaetano Pesce cast nine chairs using the same mold. For each, he changed the resin formula ever so slightly. The first, jiggly as Jell-O, collapsed immediately on the floor. The second stood up, but, with one touch, toppled over. The third, fourth, fifth, and so on, grew more and more sturdy, but the eighth and ninth were so rigid that they were uncomfortable for sitting. The reason for this experimentation? To prove that the difference between art and design is merely a slight alteration in the chemical formula. This narrative has been the core of his design practice for decades! Pesce explains, “A chair—you sit in it, and it’s comfortable. But the same chair, when you change the rigidity, it becomes a sculpture. There is no difference. An architecture critic from Italy once made a book talking about how there is no difference between a spoon and the city. The spoon is small, the city is huge, but they are all objects. Architecture is just an object with a big scale; an object that you can enter inside.” 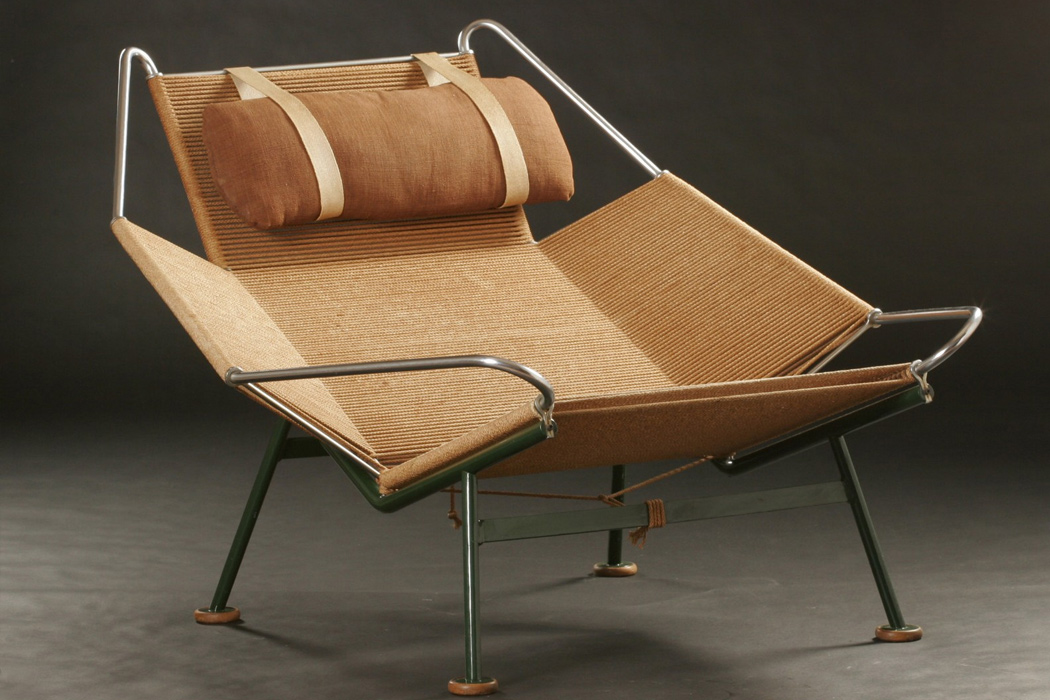 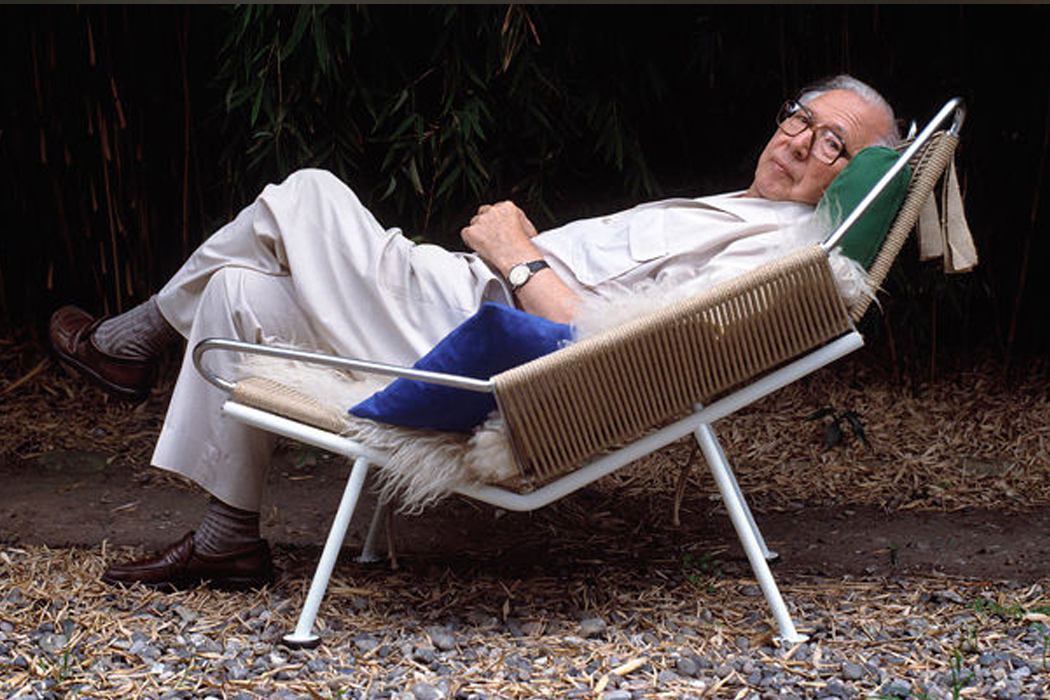 With The Flag Halyard Chair, Hans Wegner acknowledges the early modernists such as Le Corbusier, Mies van der Rohe, and Marcel Breuer, and proves that he too masters designs in chromium-plated steel pipes. An iconic and dramatic lounge chair, this engineered stainless steel frame comes with a seat and back made of plaited flag halyard (A ‘halyard’ is a line/rope that hoists or covers a sail.) However, the story behind the design is more than just a dialogue of art history. The shape of the chair’s seat was conceived during a family holiday in Århus, Denmark. The story goes that Wegner conceived this design while on the beach towards the end of the 1940s. He supposedly modeled the grid-like seat in a sand dune, presumably with some old rope that lay close to hand. The chair went into production in the 1950s and its unlikely combination of rope, painted and chrome-plated steel, sheepskin, and linen are still landmark in the world of furniture design. 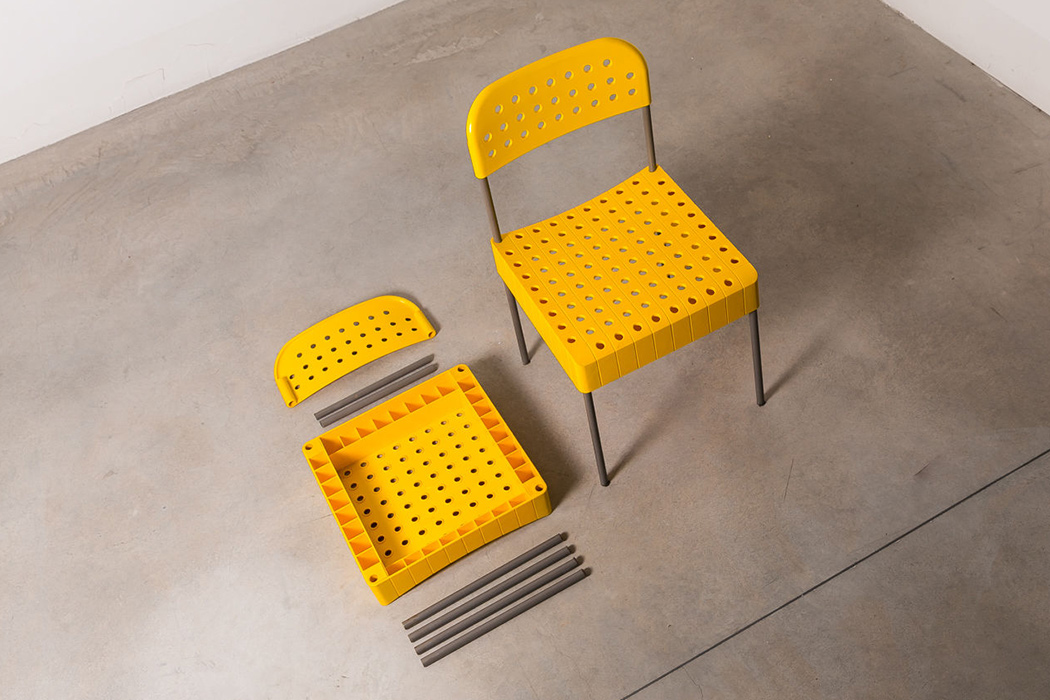 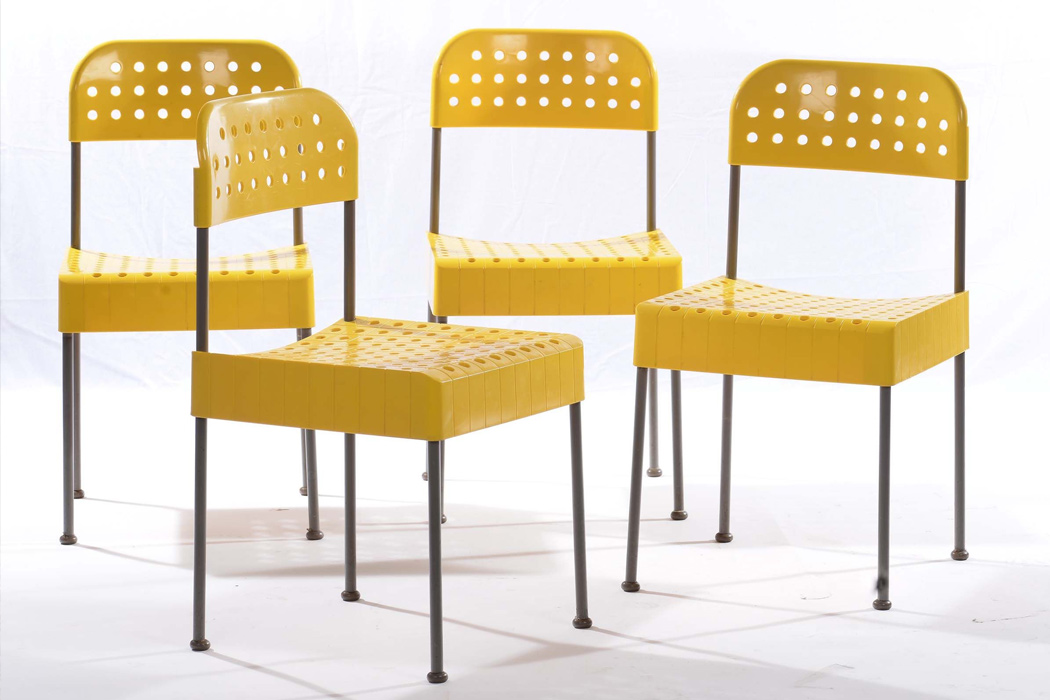 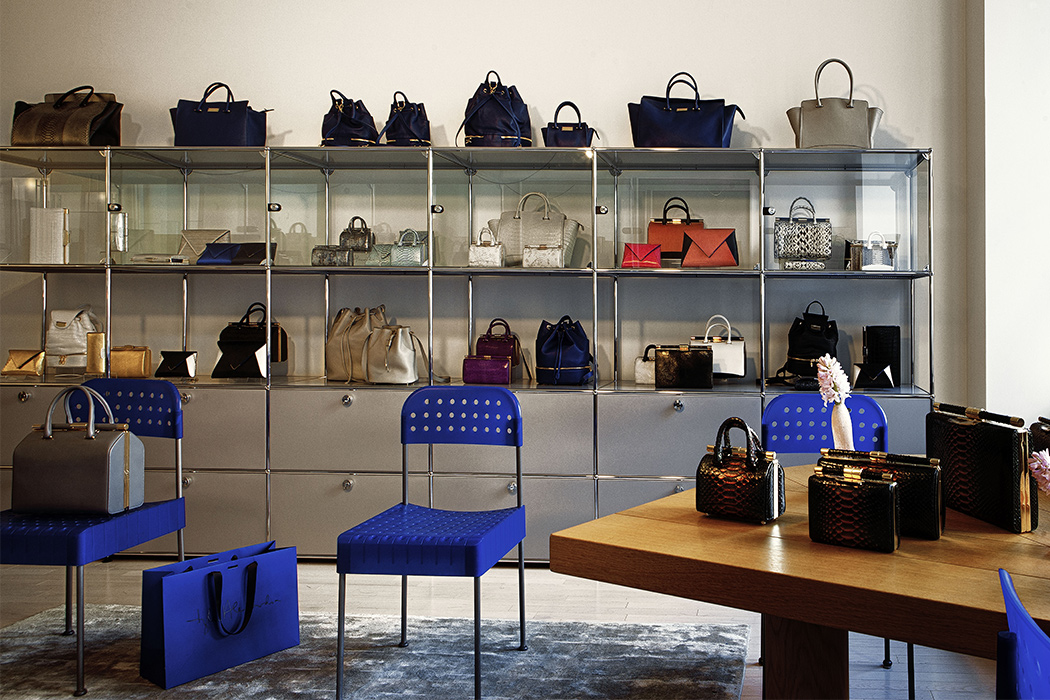 The Box chair was designed by Enzo Mari in 1971 for Castelli. This self-assembly chair consisted of an injection-molded seat and a collapsible tubular metal frame that came apart to fit into a box, hence the name! Enzo Mari is considered one of the most intellectually provocative Italian designers of the late 20th century, known for products, furniture, and puzzles alike. Mari adhered strictly to rational design – “constructed in a way that corresponds entirely to the purpose or function”. Mari’s commitment to rationalism stood the test of time, gaining him work with giants like Muji and Thonet at the end of the century when minimal, user-friendly design made a comeback. 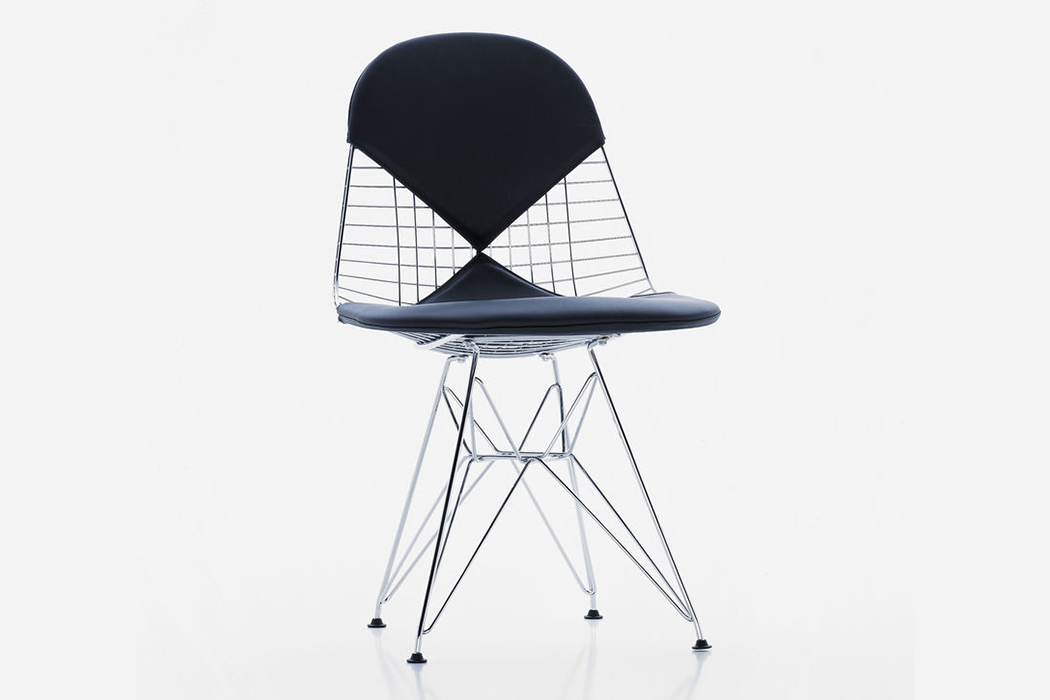 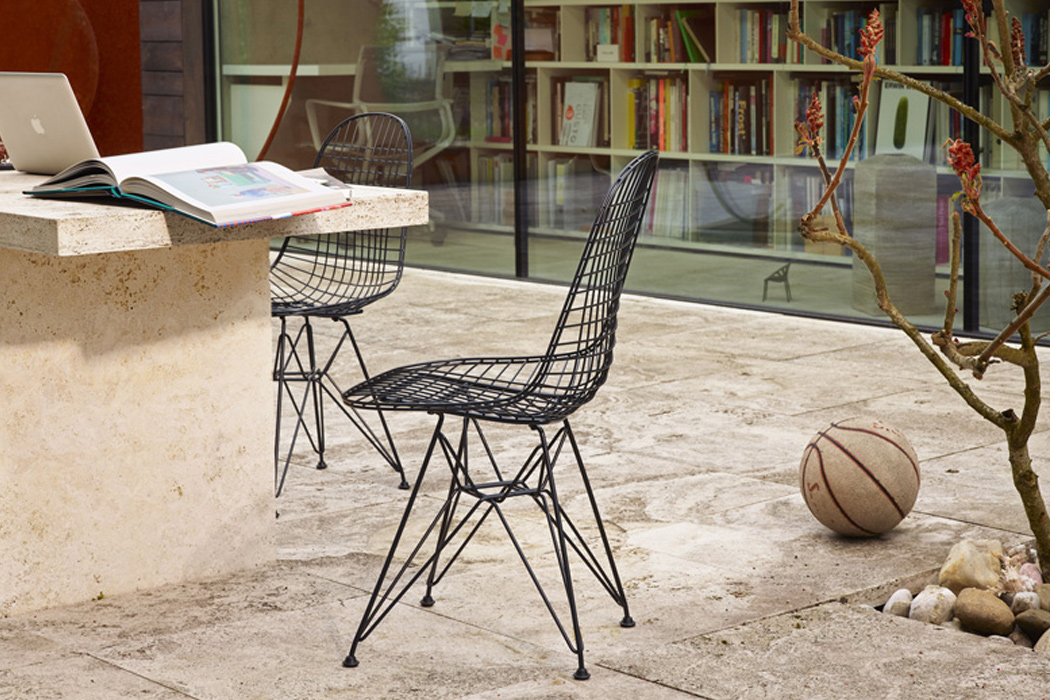 Charles Eames famously said, “The role of the designer is that of a very good, thoughtful host anticipating the needs of his guests.” The couple that revolutionized American furniture design, Eames have created a universal response to what everyone wants from a chair: a simple, gracious form that fits any body and every place. It’s what makes the chair a classic worthy of museum collections—and living rooms, laundromats, lobbies, and cafés. With its unmistakable character, the Eames Wire Chair DKR is not just aesthetically charming but reminds us of the emergence in the 1950s of popular culture: a movement which in terms of furniture design brought decorative elements back to the forefront. With its cool, shiny steel wire and “lascivious” bikini shaped padding the Wire Chair Bikini represents more than most other furniture objects the decadent pop culture of 1950s America. Speaking of the 50’s, I’m glad to see those red Formica tables disappear! 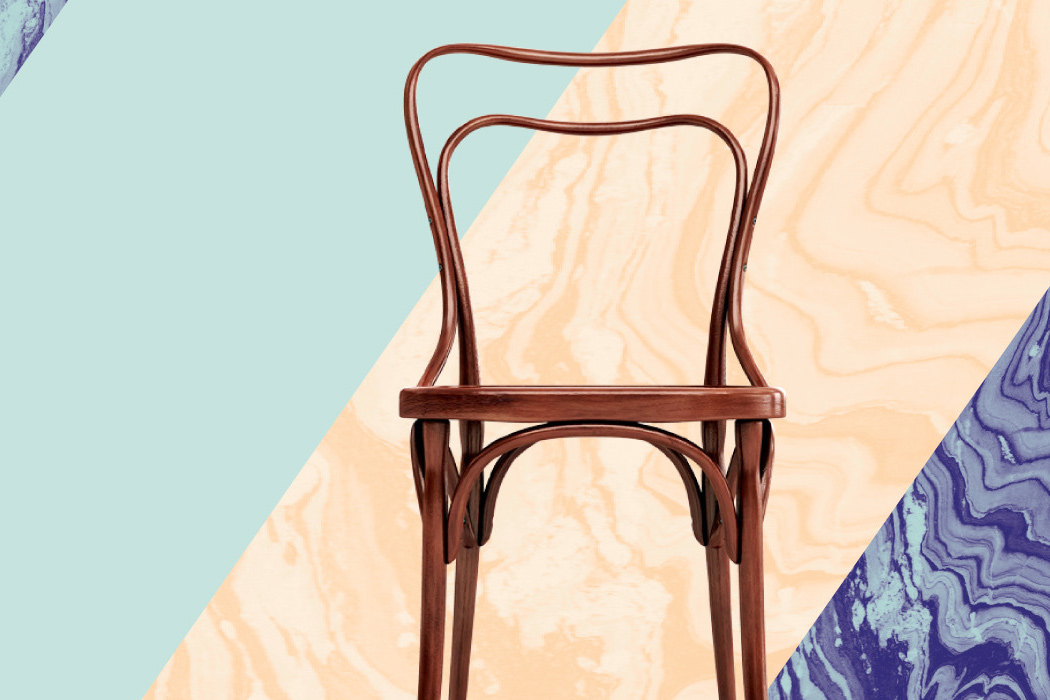 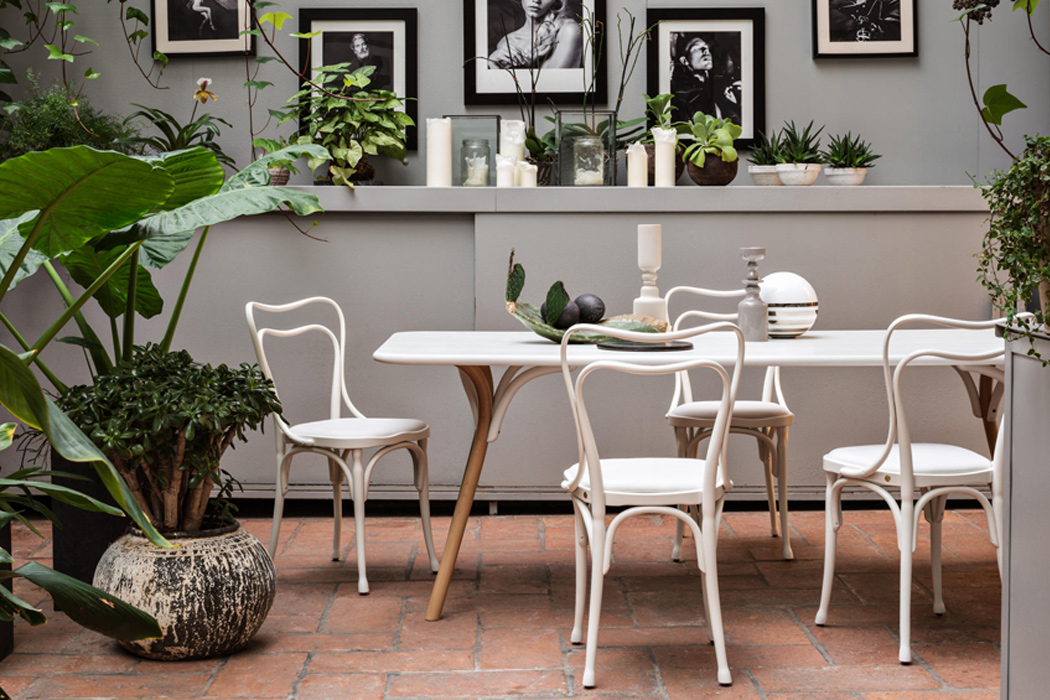 This stunning chair was designed by Adolf Loos in 1898 to furnish that renowned Cafe Museum in Vienna. Its timeless allure comes from the refined curves of its silhouette, obtained with the signature steam-bent beechwood that creates stunning accents at the top of the legs and in the two parallel curves that grace the open backrest. The structure of the piece has an elliptical section that gives it lightness, making the design ageless. 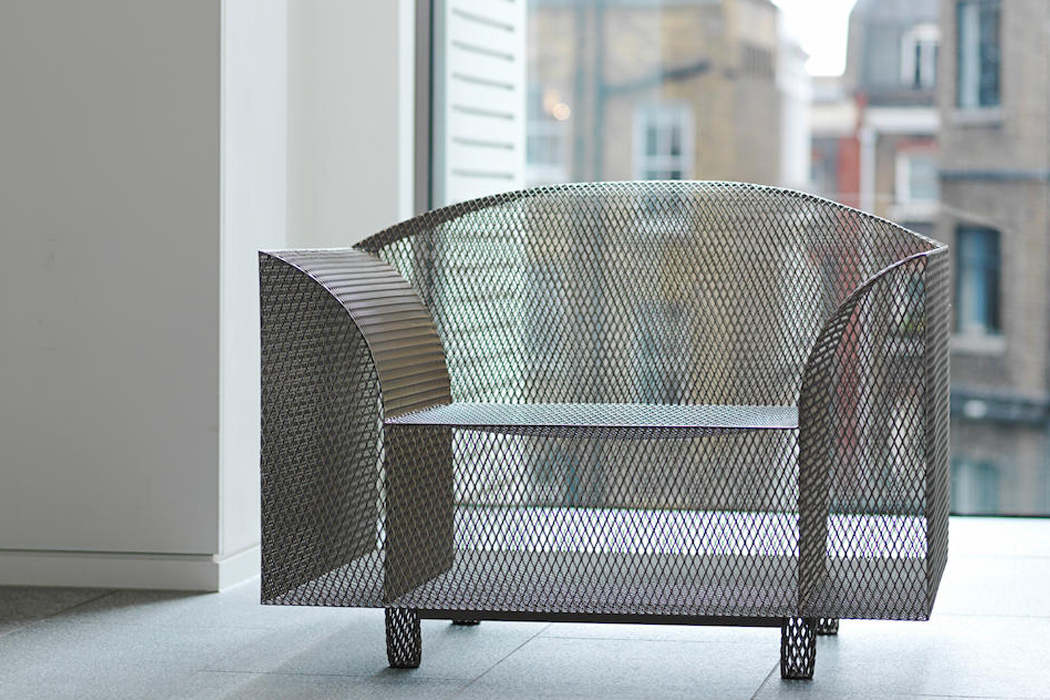 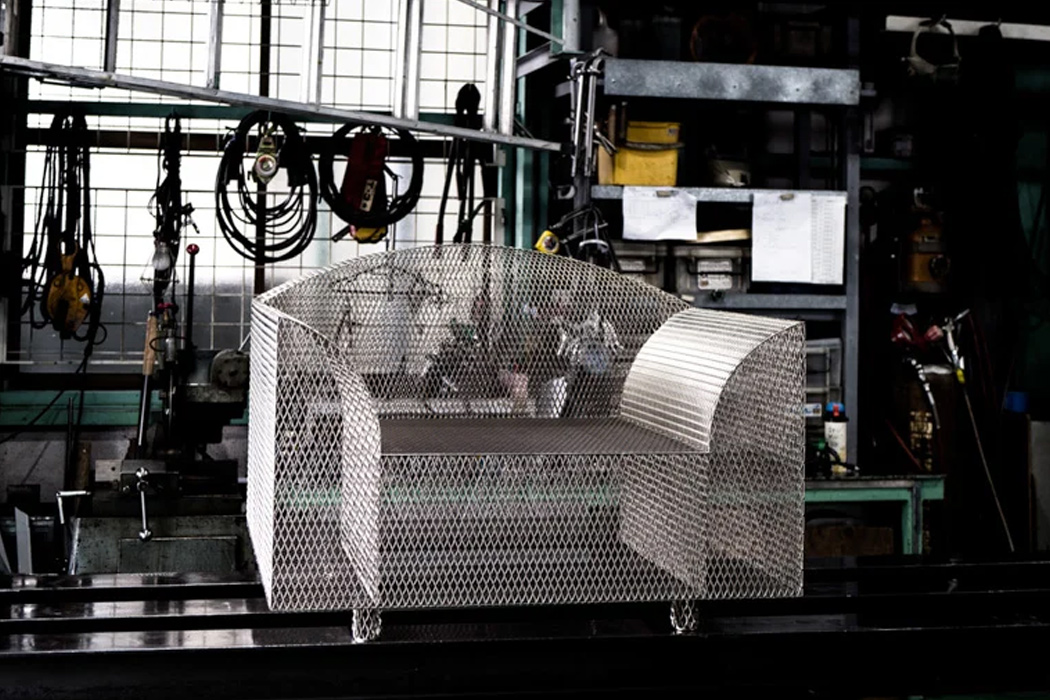 Shiro Kuramata’s How High The Moon

‘How High The Moon’ by Shiro Kuramata is made of expanded mesh, thin sheets of which have been steel-cut and extruded. The chair has no interior frame or support yet provides the outline of a chair and its transparent structure retains the shape and silhouette of a traditional upholstered armchair. ‘Freeing from gravity’ was one of the key themes for Kuramata throughout his entire career, and hence expanded mesh was an ideal material for the designer – the chair appears light and vulnerable yet amply strong enough for use. This chair’s appearance is the result of the overlapping hashing of the mesh sheets (it really does seem to buzz in the air) 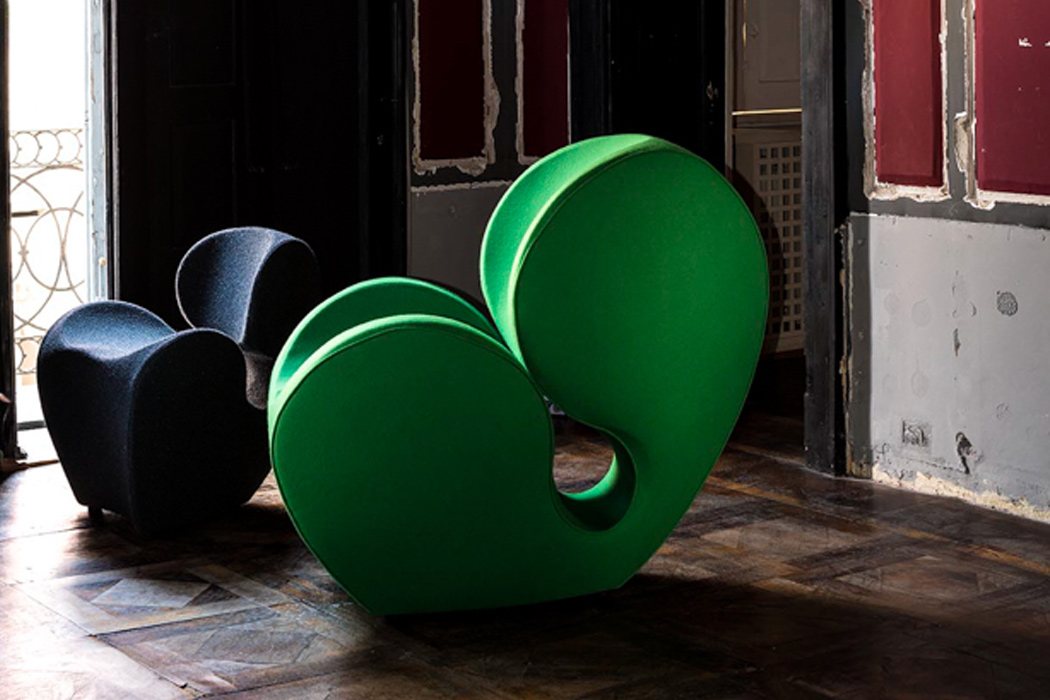 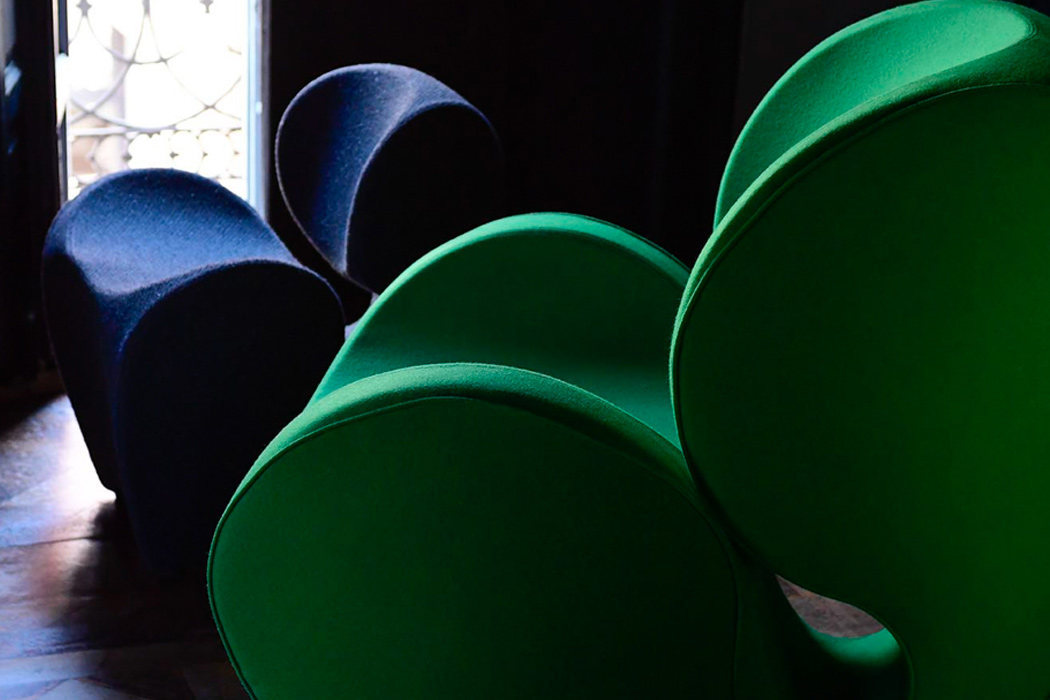 A collection from Big Easy, the steel chair designed by Ron Arad in 1988 shows that a volume, as simple form, can be translated, without compromising the design principles, through a reinterpretation of materials and production processes.‎ The model obtained from a constructive gesture showcases the visual softness and fullness of the volumes, promising comfort.‎ Big Easy explores the rotational molding and the use of polyethylene as a material while it’s design language invites you to rest irrespective of the material used, proving the dominance of the form over materials in this case. 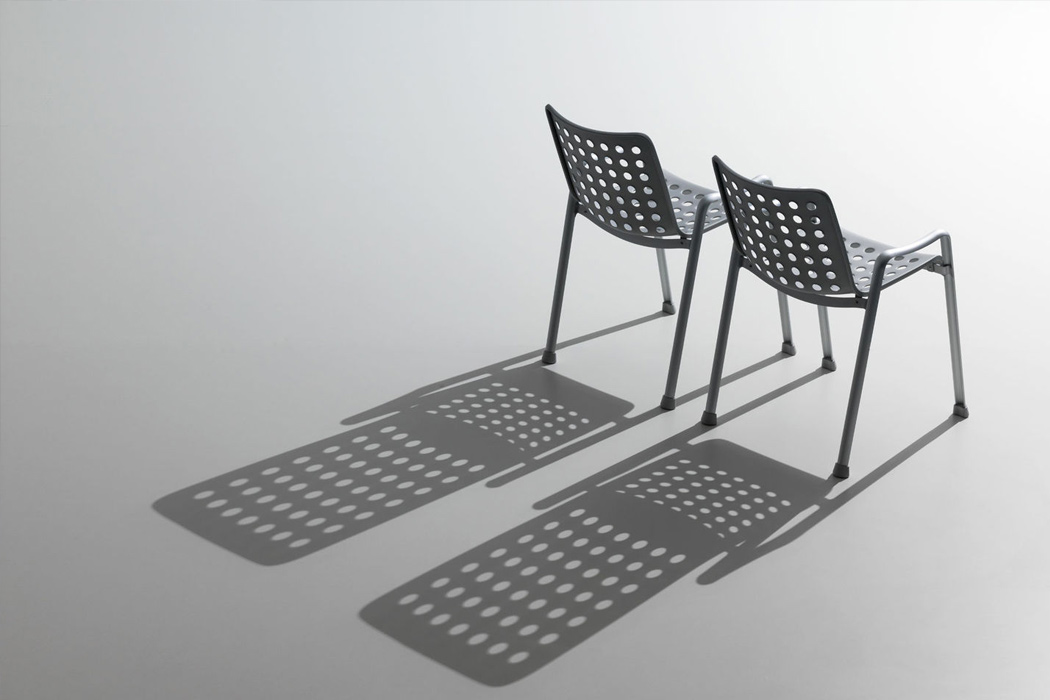 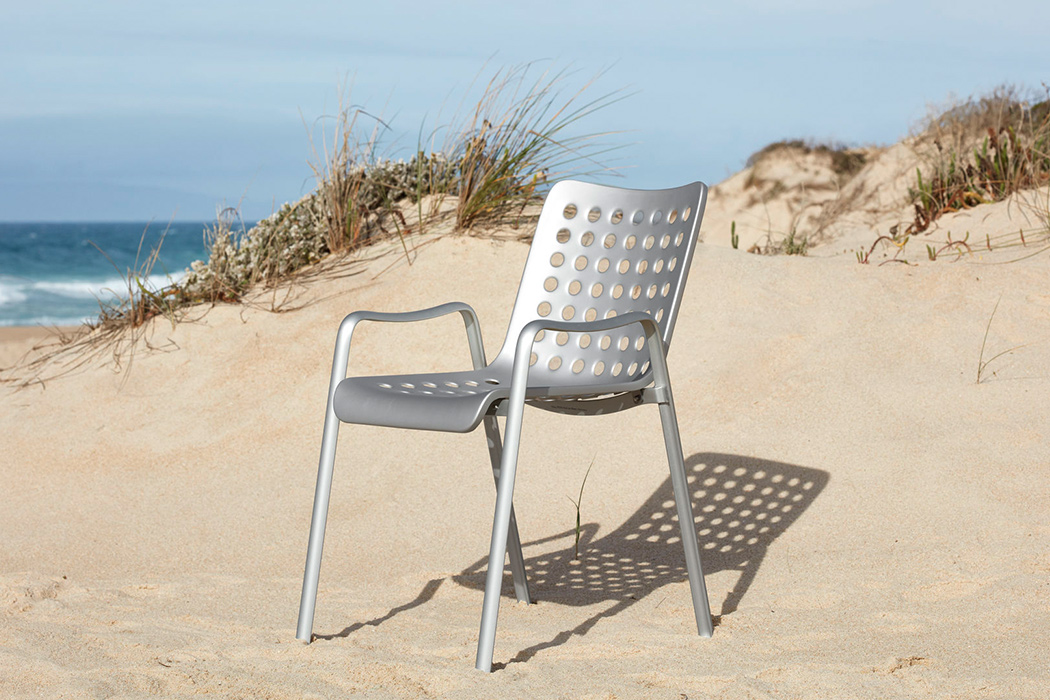 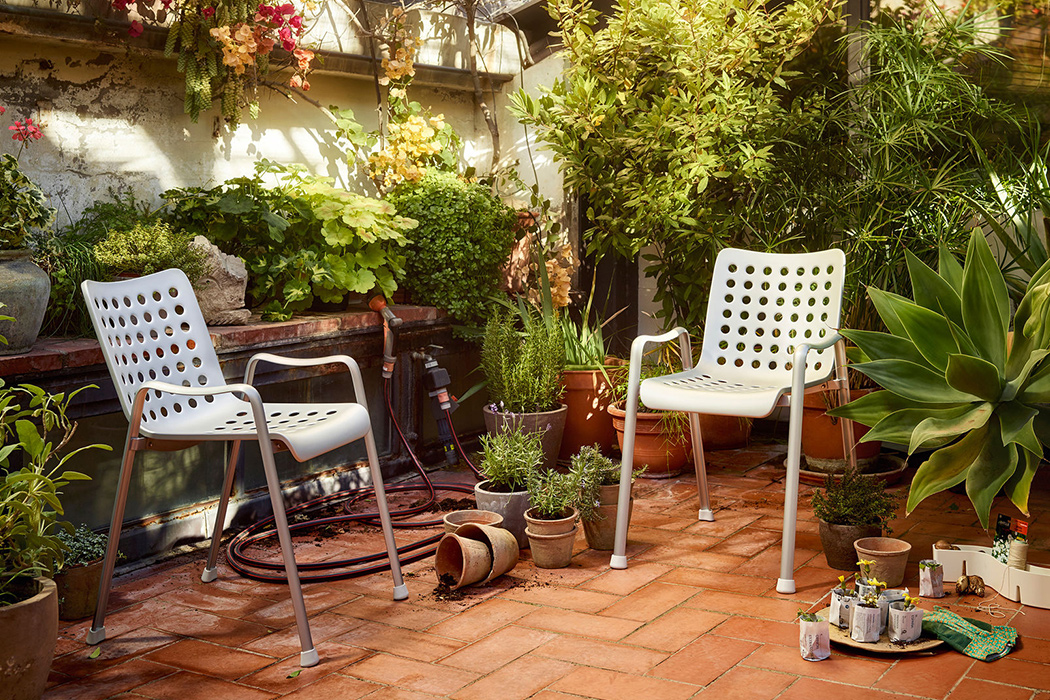 Developed for the 1939 Swiss National Exhibition, the Landi Chair by Hans Coray occupies an important place in the history of twentieth-century design: this classical chair by Hans Coray established the new typology of a three-dimensionally molded seat shell on a separate base. The lightweight, stackable Landi Chair is robust and weather-resistant: its 91 holes allow water to flow. Technical innovation, systematic use of materials, minimalist forms, and understated elegance are the elements that have made the Landi Chair into a classic over the years, which looks as fresh and vital as ever.

This is a brief beginning to the history of one of the most iconic products used globally – the humble chair. We will continue this series to showcase more of these designs and share the knowledge of how each chair is a description of the mood of the world in their time.

Changing how you weigh and buy vegetables and fruits from the supermarket, the Minus Scale is quite a revolutionary concept. Typically we pick out the…

Wood has been and remains one of the primary materials we use for products in our everyday life.  What has changed over the years is…

Concepts to watch out for! Here are the best 2018 Red Dot Design Concept Awards winners!

You can’t envision any future without conceptualization. Concepts have always interested us and been the backbone of Yanko Design because they present an image of…