The Buda Ball’s levitating-ball is literally a visual interpretation of how you’d want to feel. It’s reflective, levitates, and holds its own (wait, is it named after Buddha?!)

Designed by the team who created Flyte, the floating lightbulb that could illuminate without any wires, Buda Ball operates on the same principle of magnetic levitation. Instead of a tungsten bulb, however, the Buda Ball features a 20mm metal sphere that levitates against a wooden base. The Buda Ball’s special brand of levitating tech allows it to work horizontally as well as vertically, which means your ball and base could be placed either on a coffee table, or even mounted on a wall. The ball, once lowered onto its electromagnetic base, finds its levitating position (with a little bit of practice) and floats with its signature carefree spirit. The idea is to emulate the ball, by clearing your surroundings, elevating yourself, and being in a state of carefree zen… sound familiar?

The Buda Ball + base comes in a variety of colors and wooden finishes, but my eye gravitates instantly to the Buda Box, a special-edition set that lets you literally levitate the metal ball with your mind! The Buda Box comes with its own wearable ECG reader that maps brain-waves to a levitation controller, allowing you to make the ball levitate as you meditate. The Buda Box isn’t really for sale though, although it will be awarded to one lucky backer of the project. The project begins shipping in July 2020, so until then we’ll just have to settle for a GIF of that floating sphere in action. To be honest, the GIF itself has such an oddly satisfying vibe to it I can’t begin to imagine how calmingly zen the real levitating orb will make me feel… 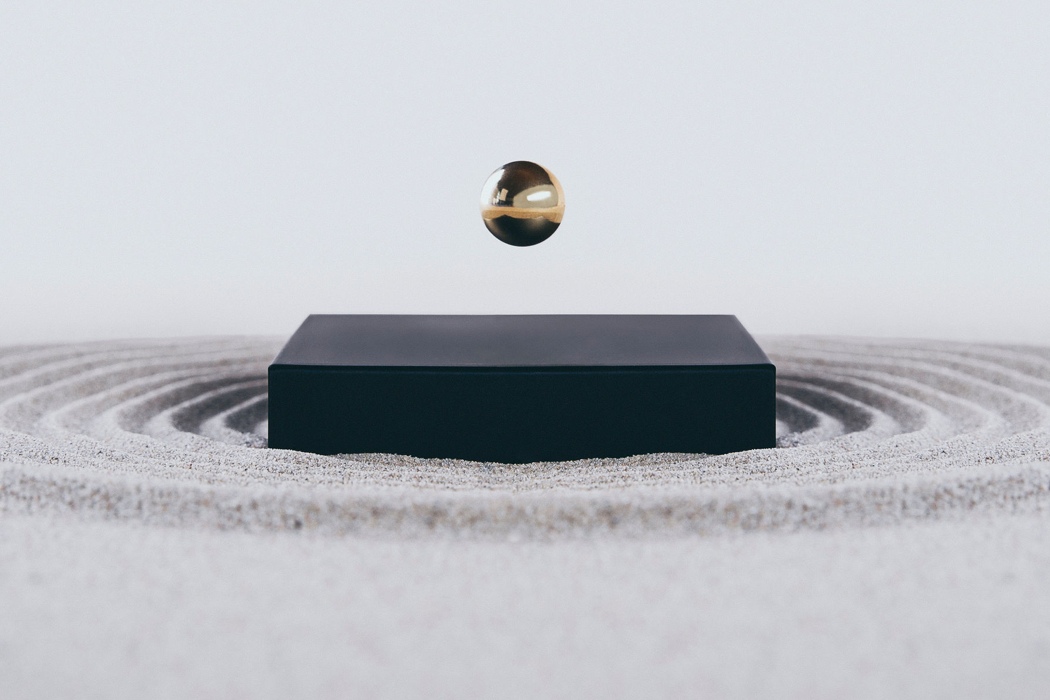 Buda Ball is a magnetically levitating sphere that hovers in mid-air. Designed to lower our stress levels, Buda Ball floats and rotates hypnotically in an invisible magnetic field, creating a soothing, time-stopping visual experience: a reminder to live in the present moment. 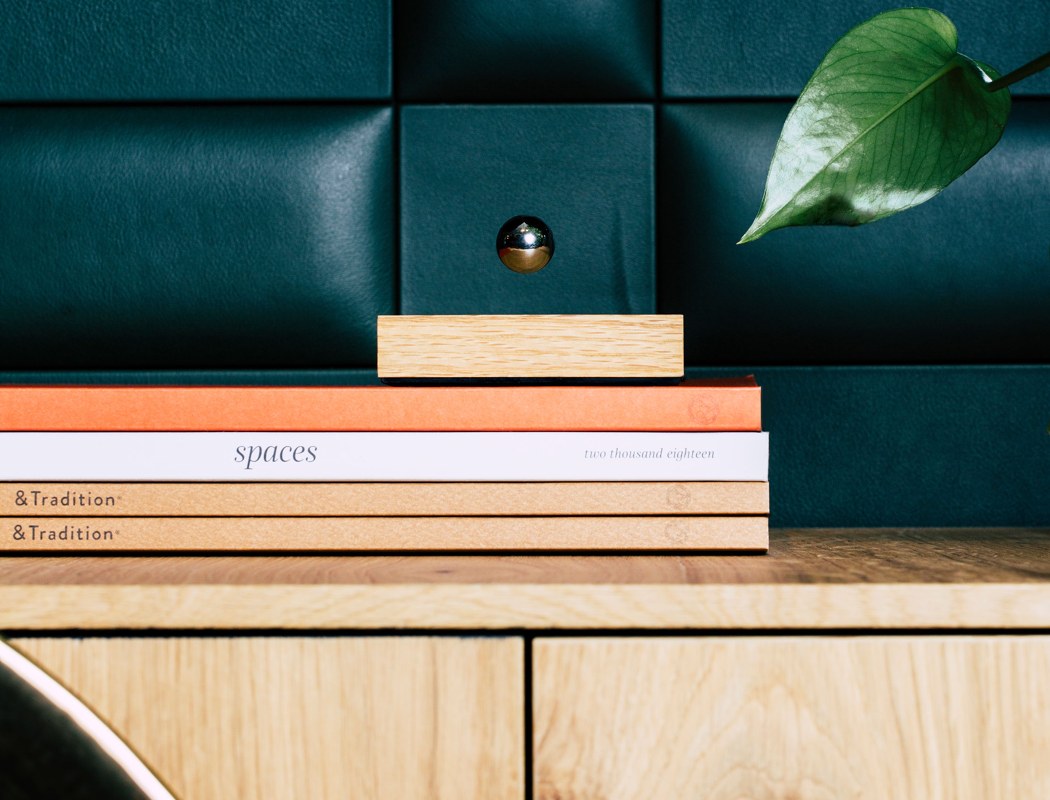 These days we’re stressed more than ever. Our senses are often overwhelmed by the noise of information. Buda Ball is a reminder to take a deep breath and to slow down. 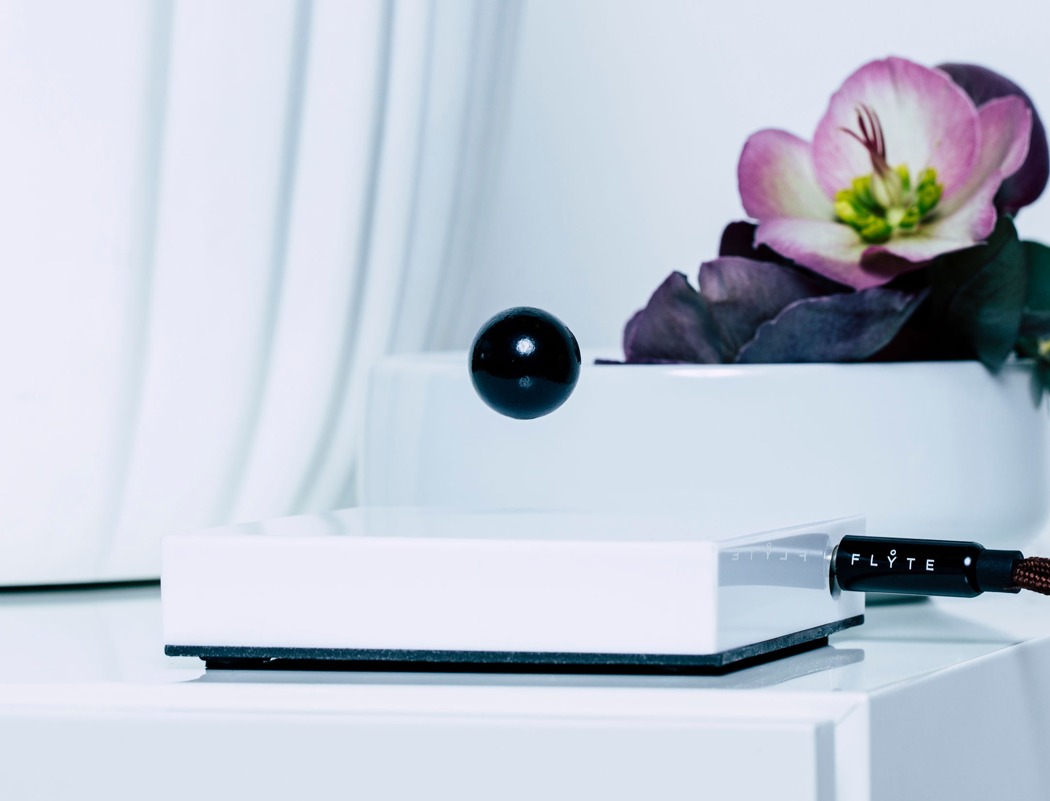 Buda Ball is perfect for your desk. It’s a mini-art installation that combines science with design providing a gentle reminder of how to find your center of gravity during turbulent times. 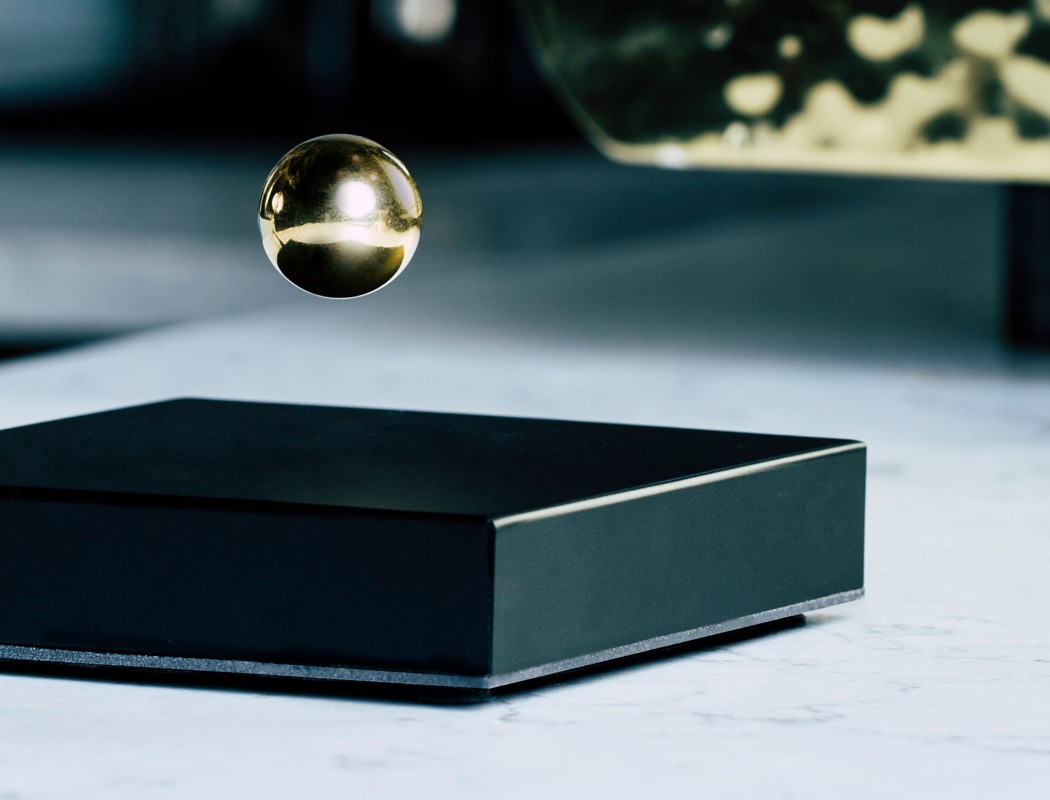 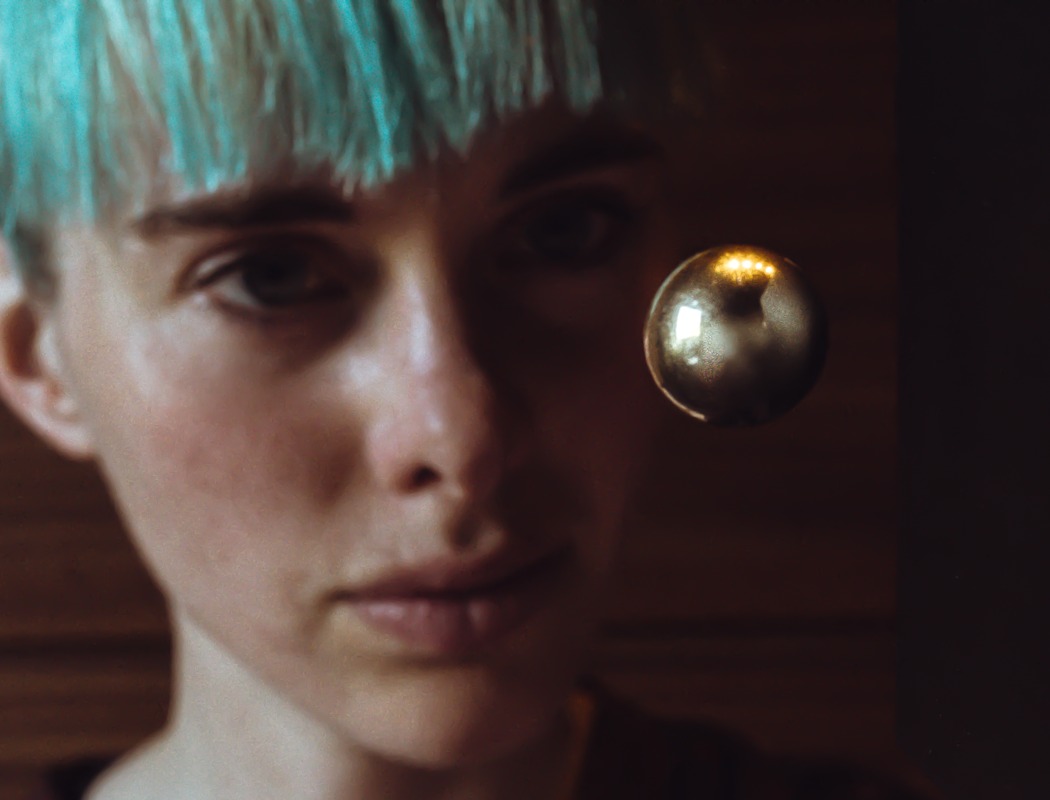 Buda Ball seems to defy the laws of gravity, floating freely in the air through a magnetic field. Combining both art and science, Buda ball is a unique design object for the Zen minimalist. 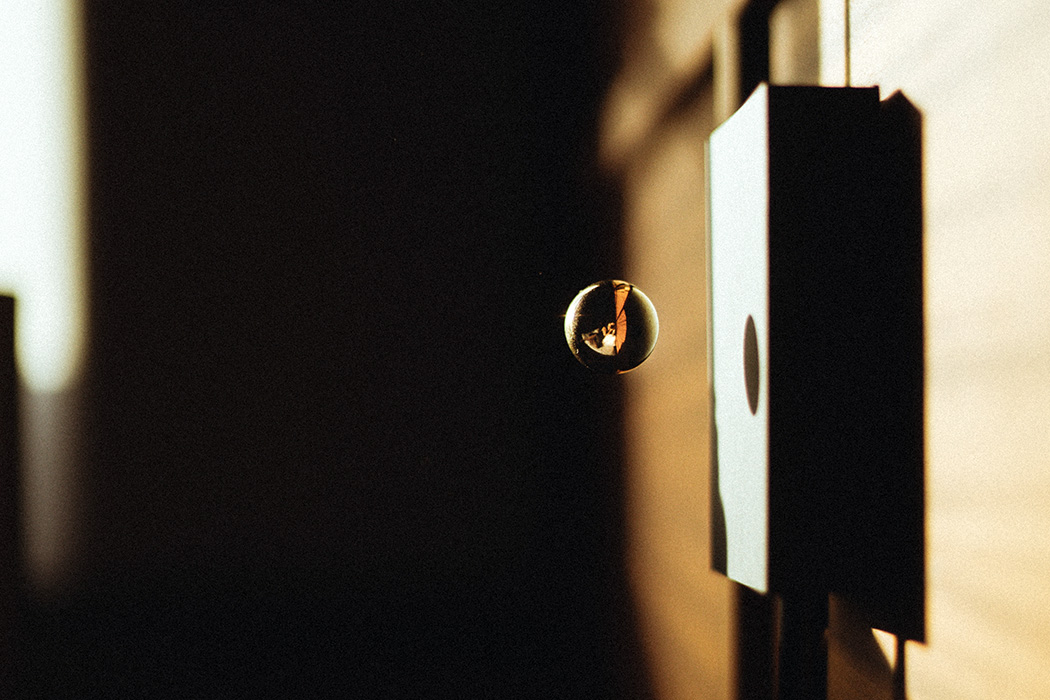 Buda Ball levitates both vertically AND horizontally thanks to the carefully crafted magnetic levitation technology.

An interview with Simon, creator of Buda Ball. 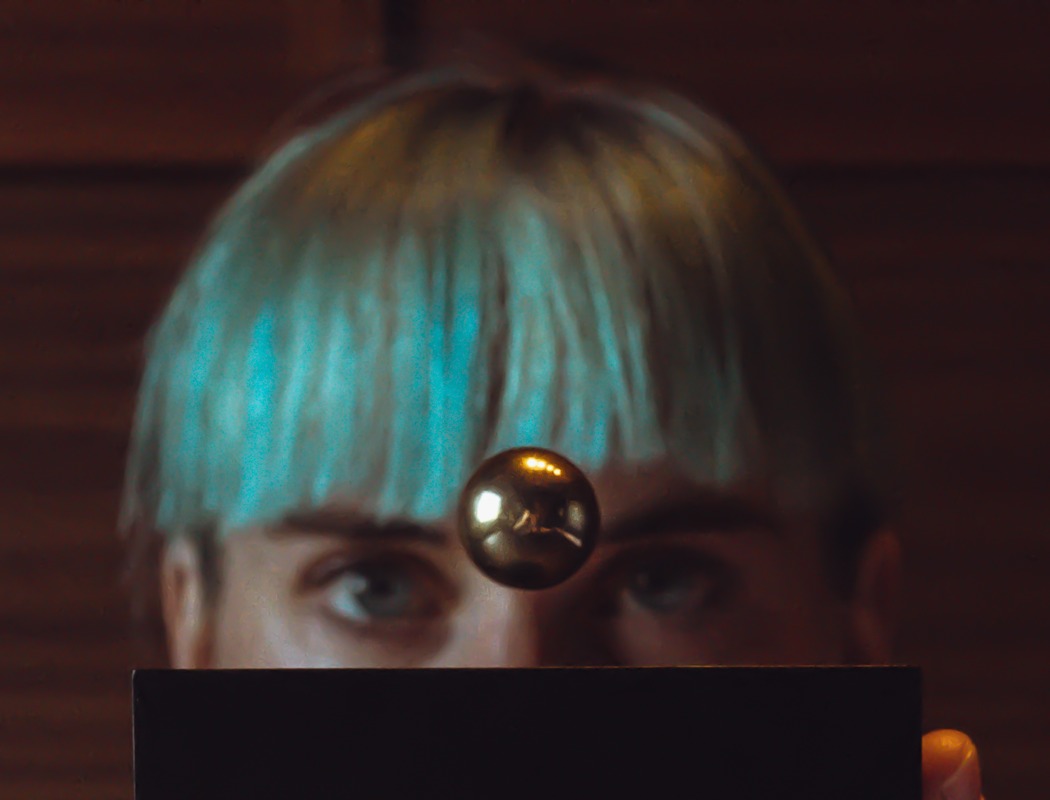 Suspended in the air like a drop of water frozen in time, Buda Ball hovers and rotates in mid-air giving us that time-stopping illusion: a reminder to slow down and be mindful of the present moment. 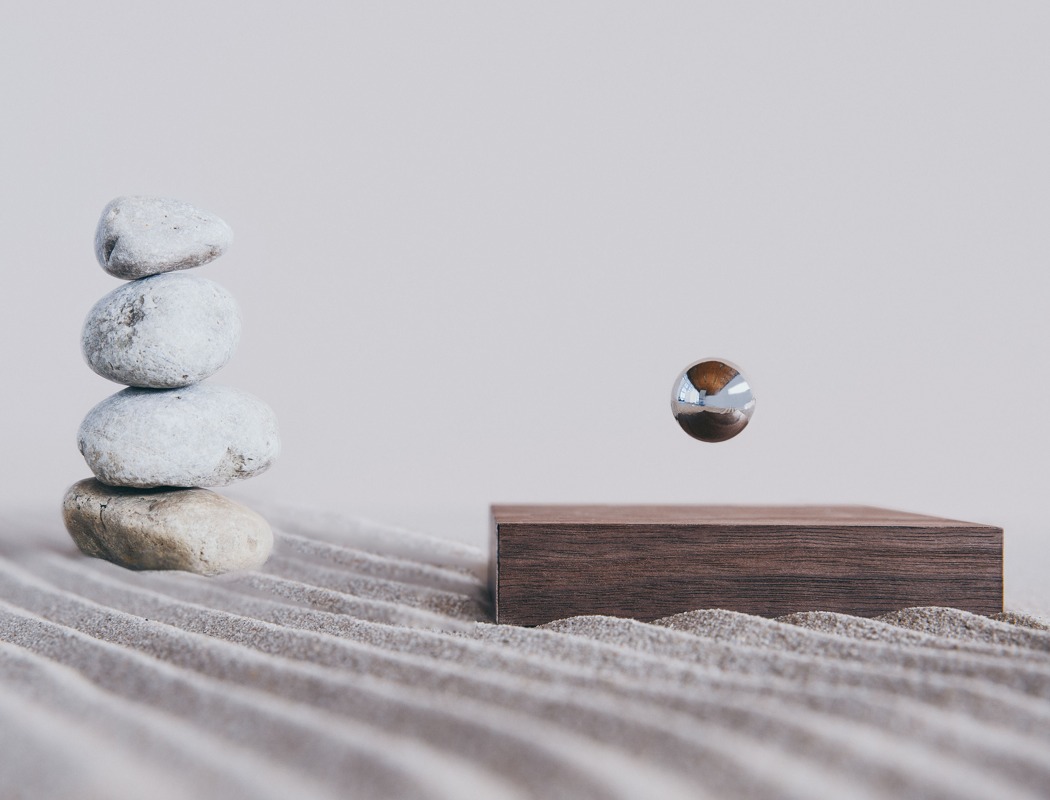 Setting up Buda Ball is like a lesson in meditation. It requires practice, patience and focus.

How to Set Up Your Buda Ball

– Gently lower the ball down with two hands at a distance of 6 inches/ 15cm.
– Aim for the exact center point of the base.
– When you feel the ball push up, gently let go. 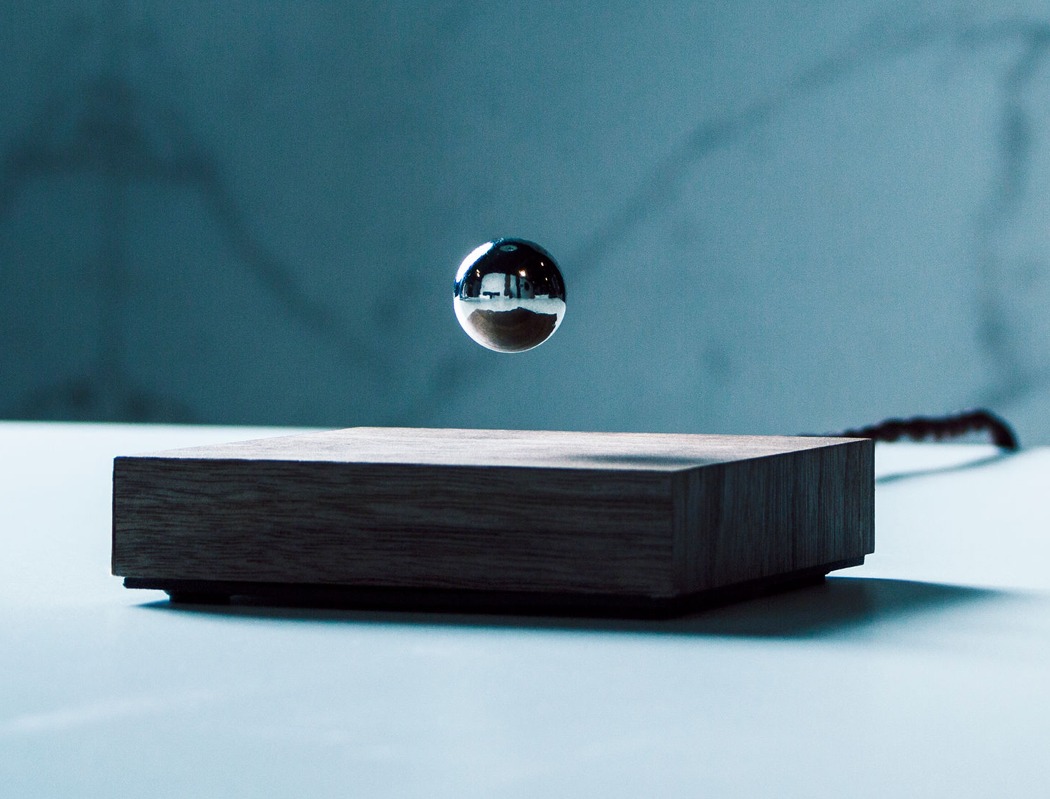 Since the team launched Flyte, the levitating light on Kickstarter in 2015, they have been amazed by the reactions of thousands of peoples’ faces light up as they experience levitation for the first time. They are back on Kickstarter because they love levitation and they want to share the magic with more people all over the world.

How did Buda Ball Begin?

The concept of Buda Ball can be traced back to an earlier question:

What if the mind is powerful enough to change our reality? They decided to put the question to the test and see if our brainwaves could be used to control the levitation of a floating chrome sphere.

Using EEG headsets, the team measured brainwave activity and mapped them to their levitation controller. 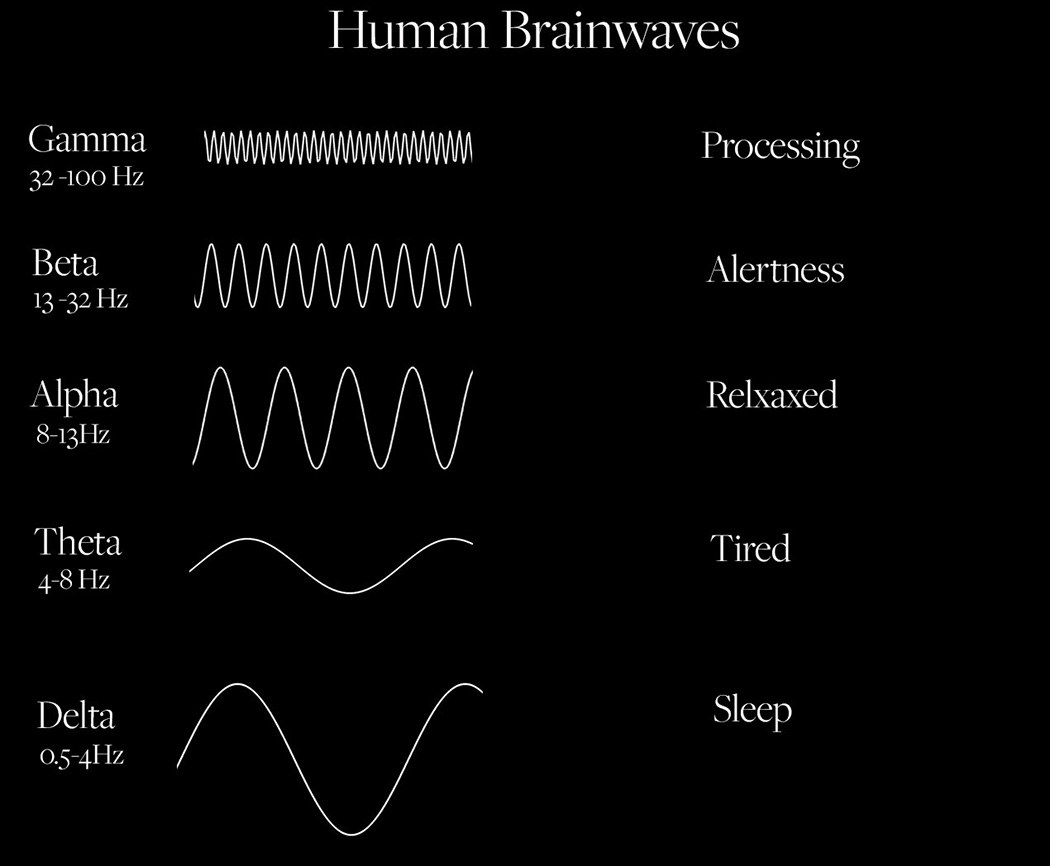 During meditation our brainwaves slow down. In a relaxed state, the breath begins to lengthen and the brain waves begin to slow down. The ratio between Alpha and Beta signals and Theta and Delta signals change.

They Used Science to Levitate Objects with Our Minds

The Buda Box is one-of-a-kind device that uses brainwaves and an EEG headset to levitate a floating sphere. They are excited to offer the Buda Box pledge on Kickstarter only. 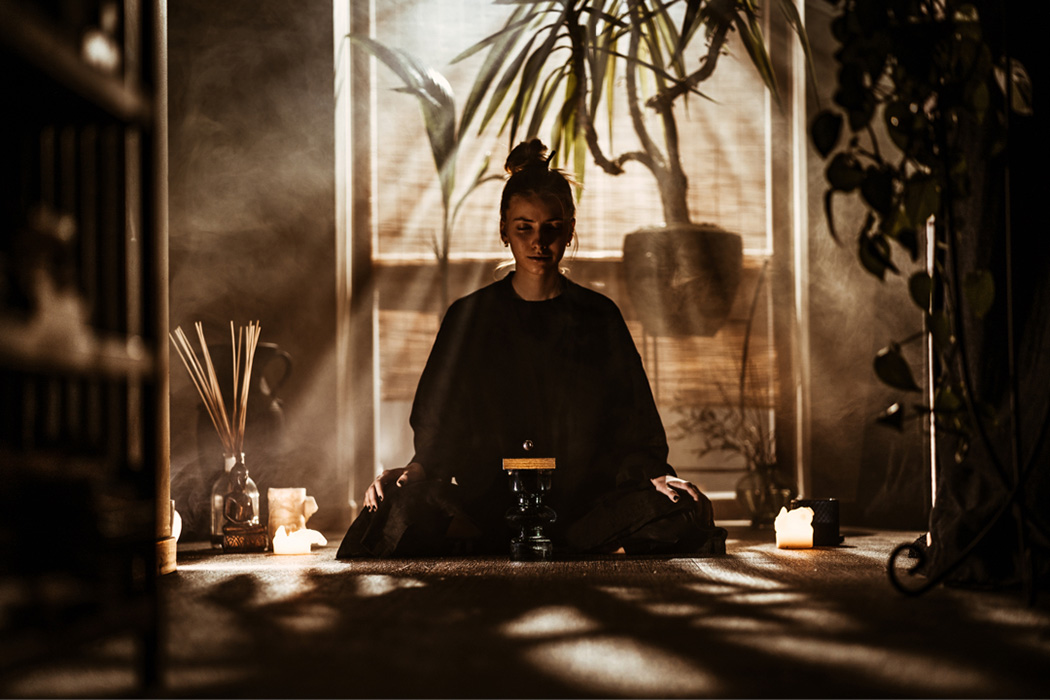 This rocking-horse inspired cookie cutter comes with a festive twist!

I hope you’ll forgive me for this terrible pun, but OTOTO‘s products are truly ‘deer’ to me! The company, which has established a reputation for…

Say hello to Bittle – he isn’t as dangerous-looking as his elder brother, the Boston Dynamics robot dog Spot. In fact, Bittle’s name rhymes with…

What do you do with all your loose A4/US Letter sheets? Wait, you Scan them and convert them to PDF?! Convert them into a NoteBook…

We have seen many skipping rope (Jump Rope) iterations for harnessing Kinetic Energy and transforming it into torchlights. A new addition to this list is…