Remember the glory-days of capitalism when you could line up in the thousands for the chance to buy a tiny box that could hold more songs than you could ever imagine? Pardon my slight pessimism, but I really do look back to the days of the iPod, a product that absolutely changed the music industry as we know it. It revolutionized flash-storage, the birth (and subsequent death) of MP3s, the rise of singles over albums, it championed music portability in a way that absolutely overthrew the Walkman and Discman, brought about the age of anodized aluminum, and most importantly, cemented Apple’s clean, sensible, and game-changing design language.

In fact, so iconic is the music player, someone decided it deserved its own action figure! Say hello to the iBoy, a collectible that captures the combined joy of an action toy with the world’s most famous music playback device. Modeled clearly using Apple’s classic player as inspiration, the iBoy comes with movable hands and legs that attach and detach via magnets, and droid antennae that manifest themselves on each side of the iBoy’s head in the form of earphones!

The iBoy’s design captures the most realistic, believable details of the music player, turning it into a nostalgic retro-inspired keepsake. The iBoy’s torso is all ABS plastic, while the back is a polished chrome metal. The figurine even comes with a display and ports (not real ones, obviously) and is complete with realistic artwork etched onto the metal back, and real tactile controls and rotating jog-dial on the front with realistically believable feedback that feels exactly like the original.

The ports are to-scale too, and the iBoy even has its own headphone cable that you can plug right into it for further customization because the iBoy isn’t just some static figurine. You can make it stand, sit, wave, do a split or even yoga. The metallic back extends to the sides, allowing you to magnetically interchange and reposition the iBoy’s appendages, making it stand beside your laptop in your workspace, or sit on top of your alarm clock… and occasionally press and rotate its absolutely divine tactile controls for an overwhelming wave of nostalgia… or should I say .wav of nostalgia! (If you get it, you get it!) 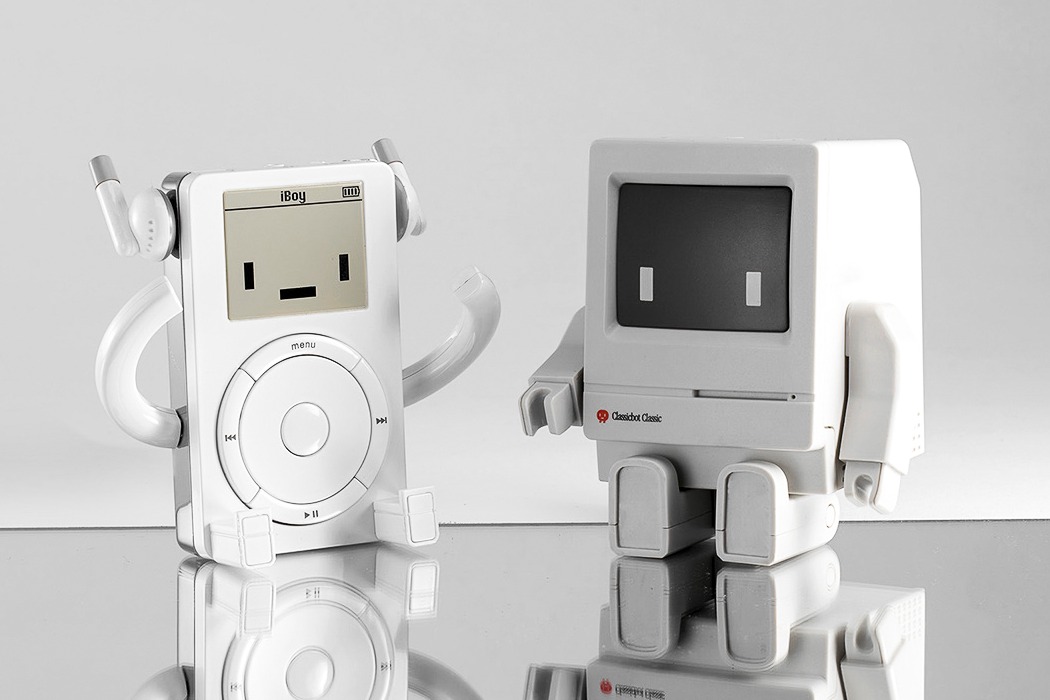 A heartfelt homage to the beloved iconic mp3 player that changed it all. iBoy is an adorable, transformable, collectible desktop accessory.

iBoy Doesn’t Play Any Music, But It Is Still Lots of Fun

iBoy is 100% free of electronic parts or functions, but each iBoy’s arms and legs with magnetic joints are infinite fun to move around and play with.

There’s even a detachable lifelike headphone that ensures effortless switches between the unit’s robot and MP3 stylings.

You can easily switch between iBoy’s robot and MP3 stylings.

Two version to choose from. iBoy regular version and iBoy To U special Edition.

Each unit comes with an easily rotatable control wheel and easy-on-the-ear clickable button, making it the perfect fiddle toy.

One Hand, Many Chops

This is the first design out of thousands I’ve written about that is catered to individuals with one hand. That should give you an idea…

‘Reality leaves a lot to the imagination’, this quote by John Lennon is what I believe must be the inspiration behind this wonderful mix of…

What if Microsoft made a smartphone 15 years before Apple did?

The year is, well 1995, and Windows has just released an operating system that defines the company’s future, and pretty much the future of computing…