Remember the old times when people used a laser pointer or their laptop cursor to point at stuff during presentations? It’s going to sound super archaic when you realize that we now have projectors that let you literally draw right on the projected screens using the power of virtual doodling. The GoTouch Beam is a fairly futuristic projector that comes with a digital pen that gives you the ability to sketch and doodle right on a projected image. The pen communicates directly with a sensor mounted on board the projector, allowing you to make virtual sketches and doodles right on your projected screen. You can draw directly on your presentation slides, circling keywords, highlighting text, making convincing graphs, or even using it as a teaching tool to complement your educational slides with some crucial notes.

This virtual doodling experience is truly what sets the projector into a category of its own, turning it from a humble display to a productivity tool. The pen emits infrared signals, which gets converted into lines when detected by the Beam’s infrared sensor. Possessing the ability to turn visuals into interactive experiences, the GoTouch Beam works wonders for presentations, meetings, lectures, as well as for interactive experiences for kids. Think of the GoTouch Beam as a massive tablet and stylus, allowing you to do everything from adding notes against documents to even using as a doodling toy for kids.

Aside from allowing you to sketch directly on the projected media, the GoTouch Beam lets you share screens too, allowing people to remotely view what you’re presenting in real-time! Understanding that productivity is sometimes even a collaborative effort, the GoTouch Beam’s screen-sharing feature lets you stream presentations and lectures to multiple people… a feature that seems like a stroke of genius in the times we’re currently living in!

The projector, for its incredible feature-list, comes in a relatively slim form factor at less than 2-inches thick, allowing you to carry it around with you. With in-built Android, the Beam projector works standalone and has a battery life of 3 hours. The projector features a touch-surface on its top, allowing you to navigate apps and features, as well as a remote that lets you cycle through your slides with ease. Given that most projectors act as auxiliary displays, the Beam features a wide variety of ports, letting you connect anything from a laptop to a gaming console to even a set-top box if you wish. The projector can cast an image up to 120 inches wide with HD resolution, and even supports Wi-Fi and AirPlay, making it instantly compatible with a whole variety of devices… and yes, it has Netflix and YouTube built right in, so whether you’re sketching on top of slides while presenting to your boss or client, or binge-watching the new season of Money Heist (which premieres in 10 days), the GoTouch Beam does a pretty amazing job of covering all the bases and being an innovative designed projector with actual purpose! 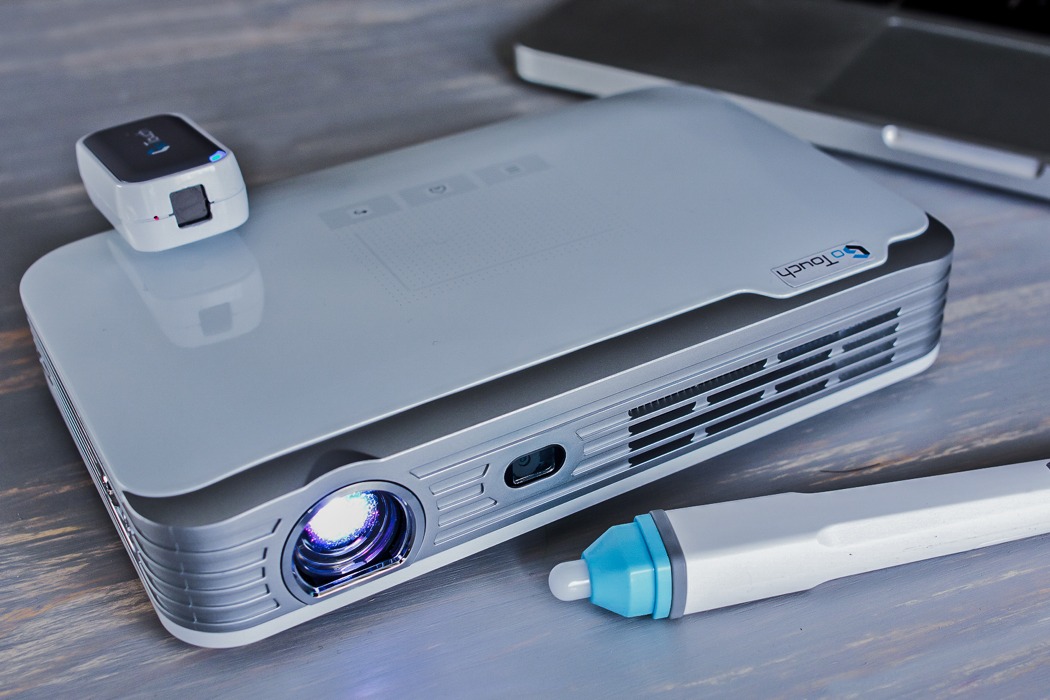 GoTouch Beam – Project a World of Imagination on Any Surface

The GoTouch Beam projector allows you to draw and write, share and interact with others remotely on any surface.

Write and Draw on Any Surface

GoTouch Beam creates a whiteboard where you can freely write and draw. Bring this whiteboard to your training room, office, living room, school, literally anywhere.

GoTouch Beam not only allows you to draw and write, but to share your ideas with others and invite them to collaborate on your whiteboard no matter where they are.

GoTouch Beam creates an expanse where your kids can draw their own world of creation and you can instantly share their masterpiece with your beloved via GoTouch App.

GoTouch Beam enhances the effectiveness of visual communication, increasing productivity of your team. Add GoTouch to your usual conference call or media meeting tools, and enlarge the scope of your team’s communication.

Turn on GoTouch Beam: Write, Draw and Interact with your audience. 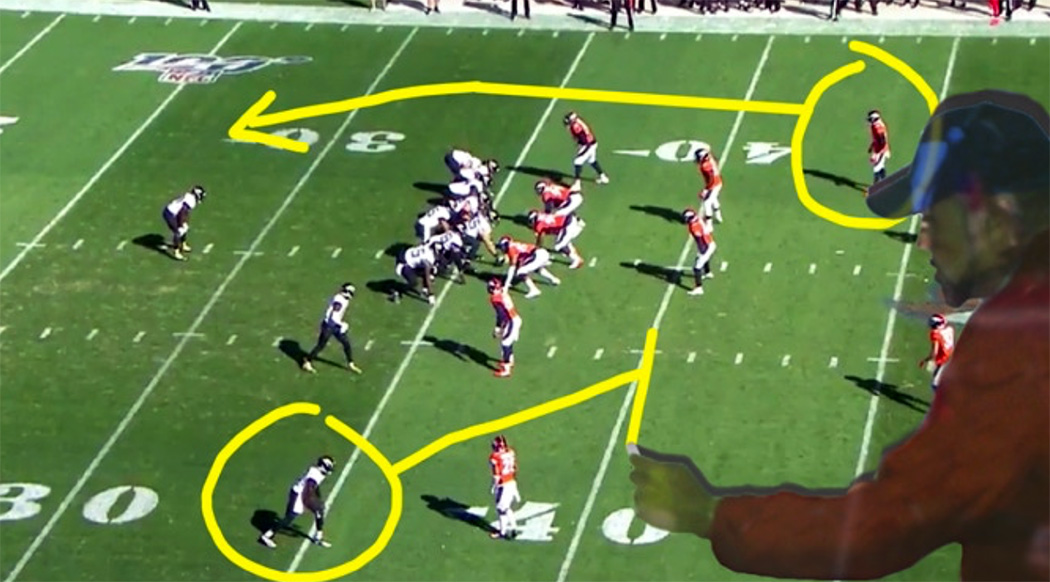 You can actually write on it! GoTouch Beam creates a huge wide media screen that is combined with a virtual digital whiteboard. 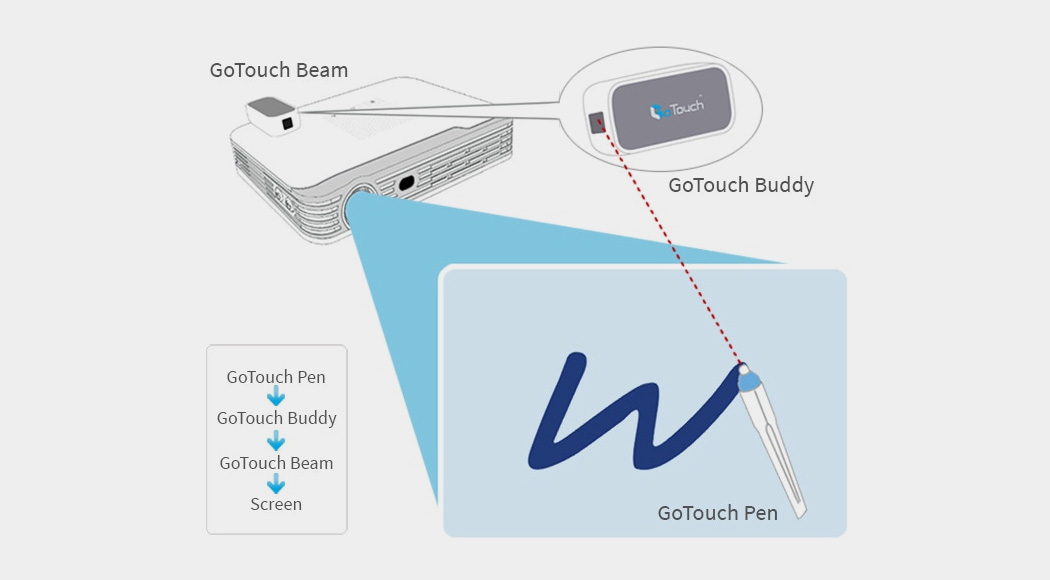 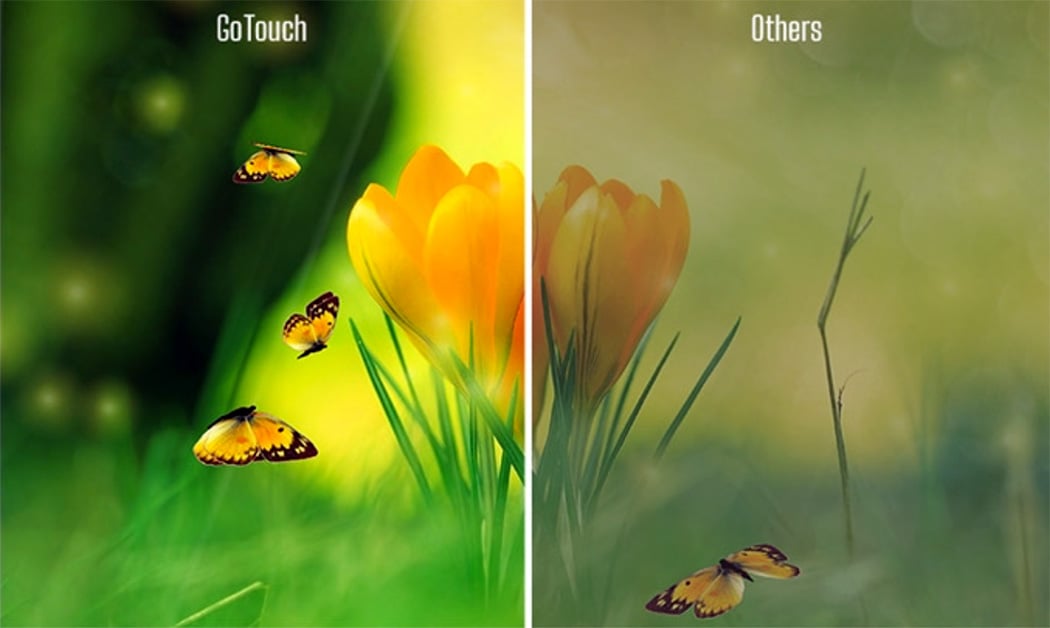 Brilliant Brightness at 350 Ansi Lumens. With its 3500 lumens projection power, GoTouch ensures your enjoyment of HD viewing experience in stunning clarity. Brighter and Sharper even in a lighted room. 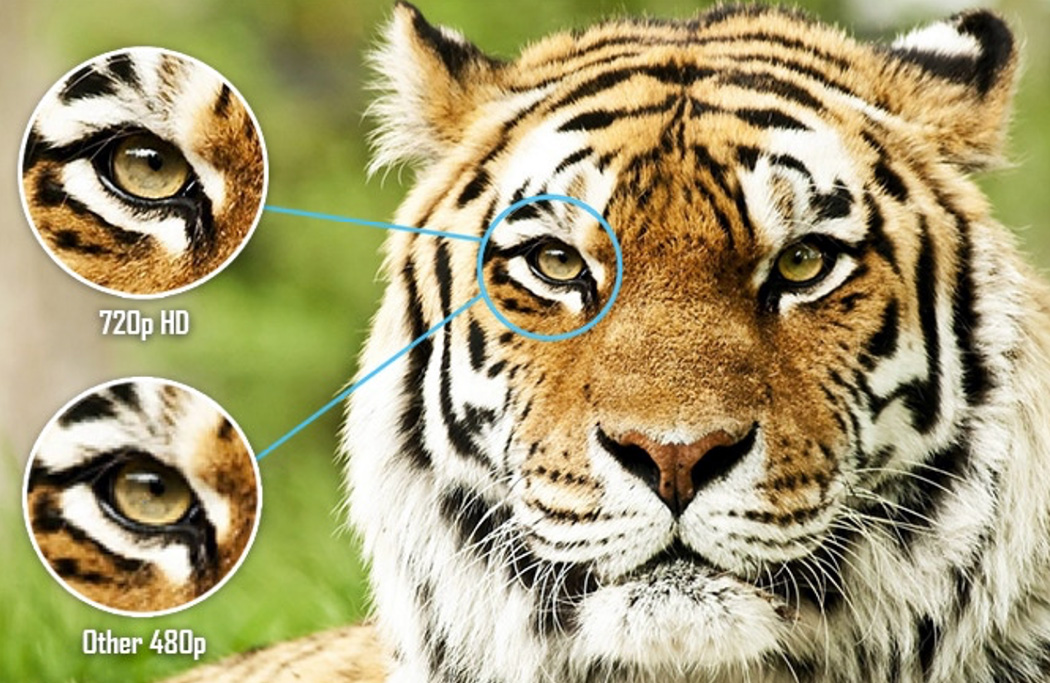 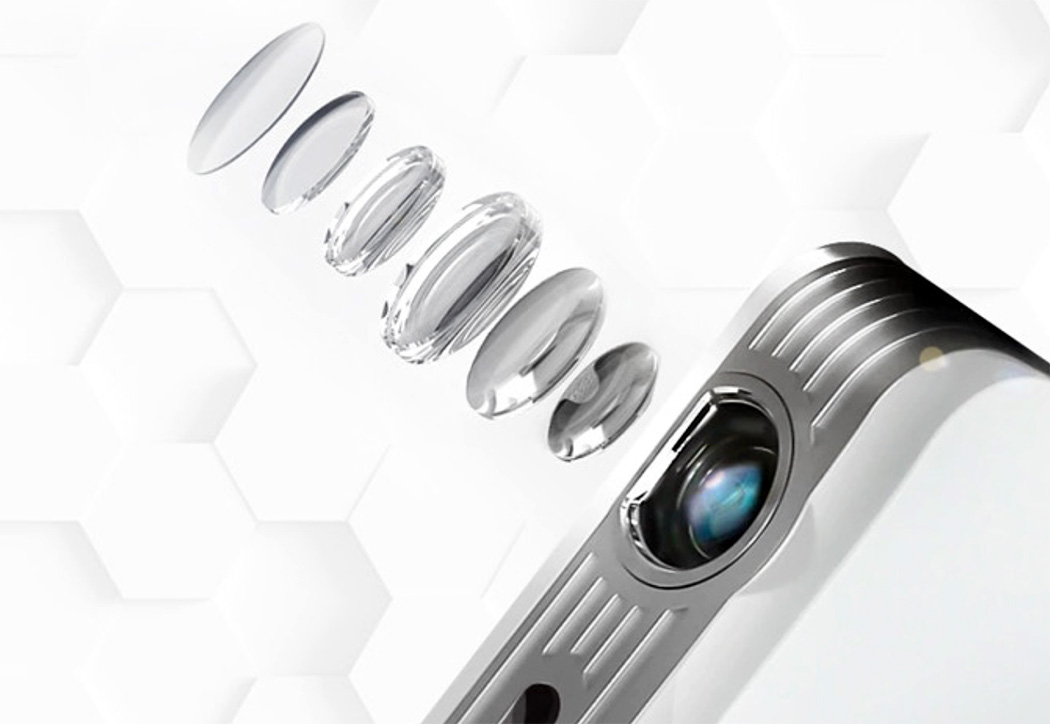 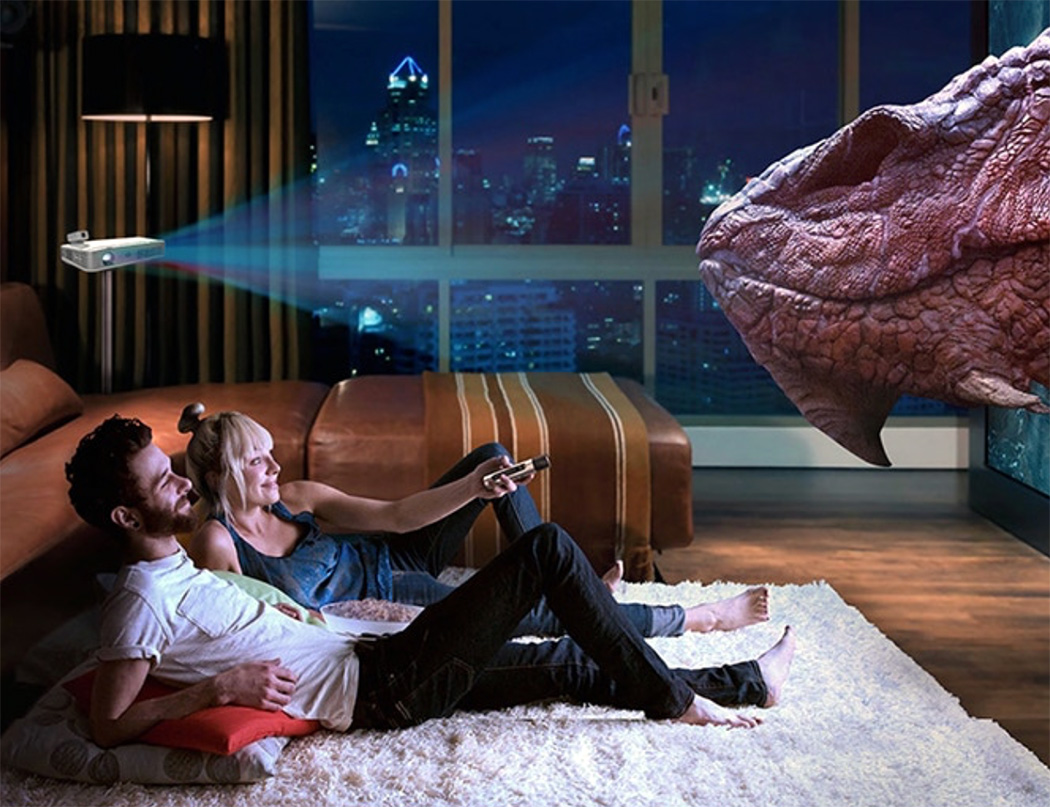 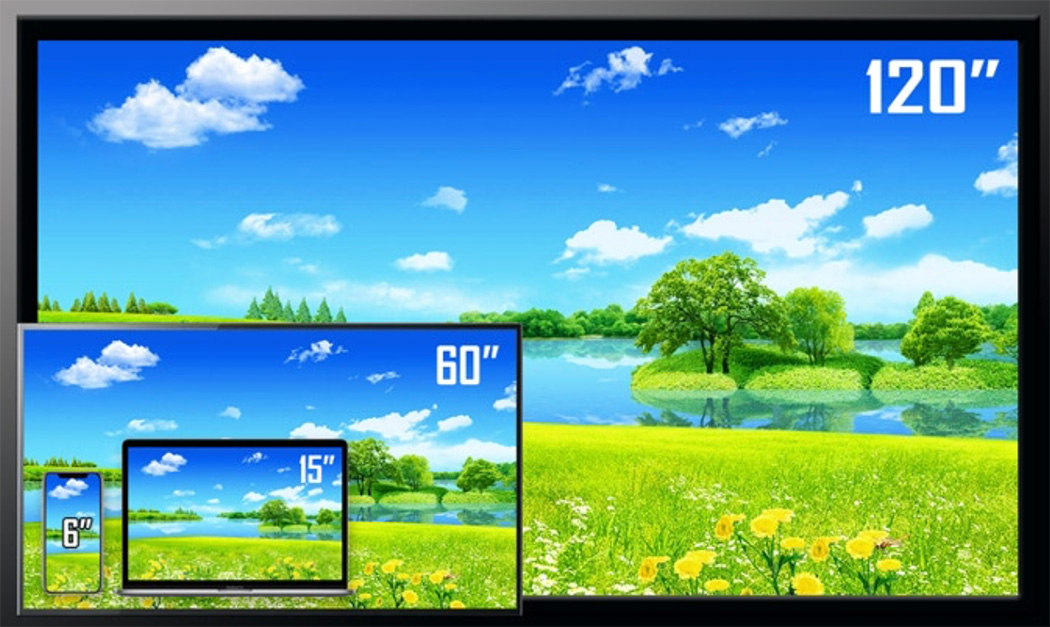 Full Immersion View at 120″. GoTouch projects a clear and crisp HD image at up to 120 inches. Turn your home, office, training room or backyard to an immersive cinema environment.

Auto Focus and Keystone. GoTouch automatically straightens for a clear, perfectly-angled project no matter the surface it’s on. 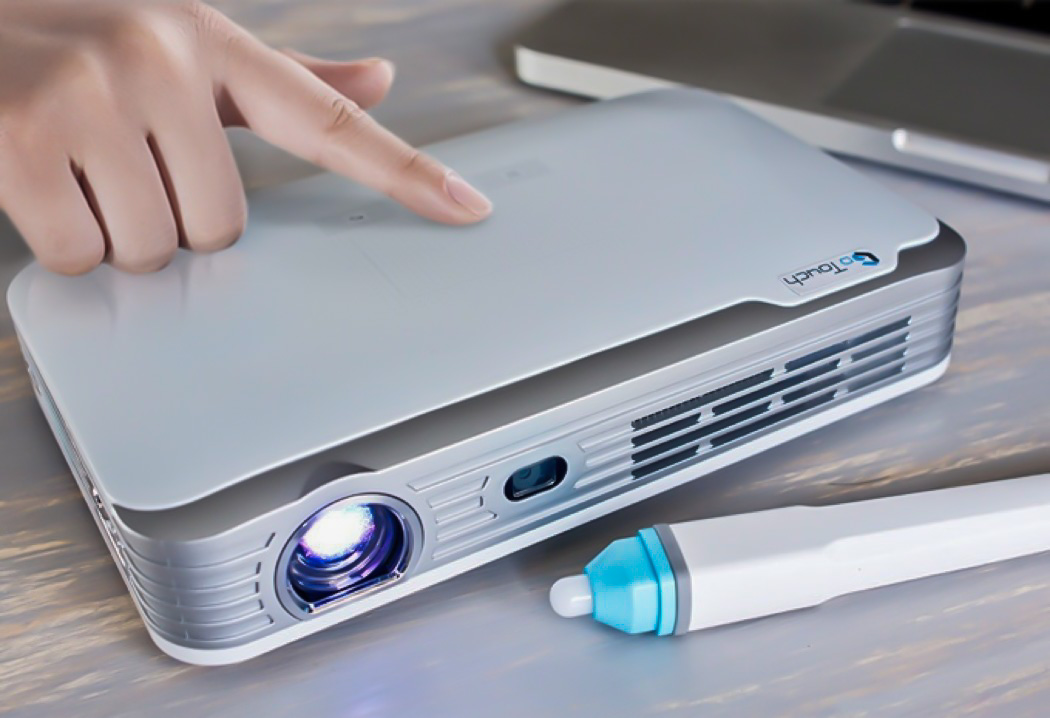 Touchpad for direct Control. Easily control apps and games with the built-in touchpad for a perfect on-the-go experience.

Direct Casting Your Apps. Mirror your smartphone screen to the GoTouch to enjoy your content on a bigger and higher-resolution screen. 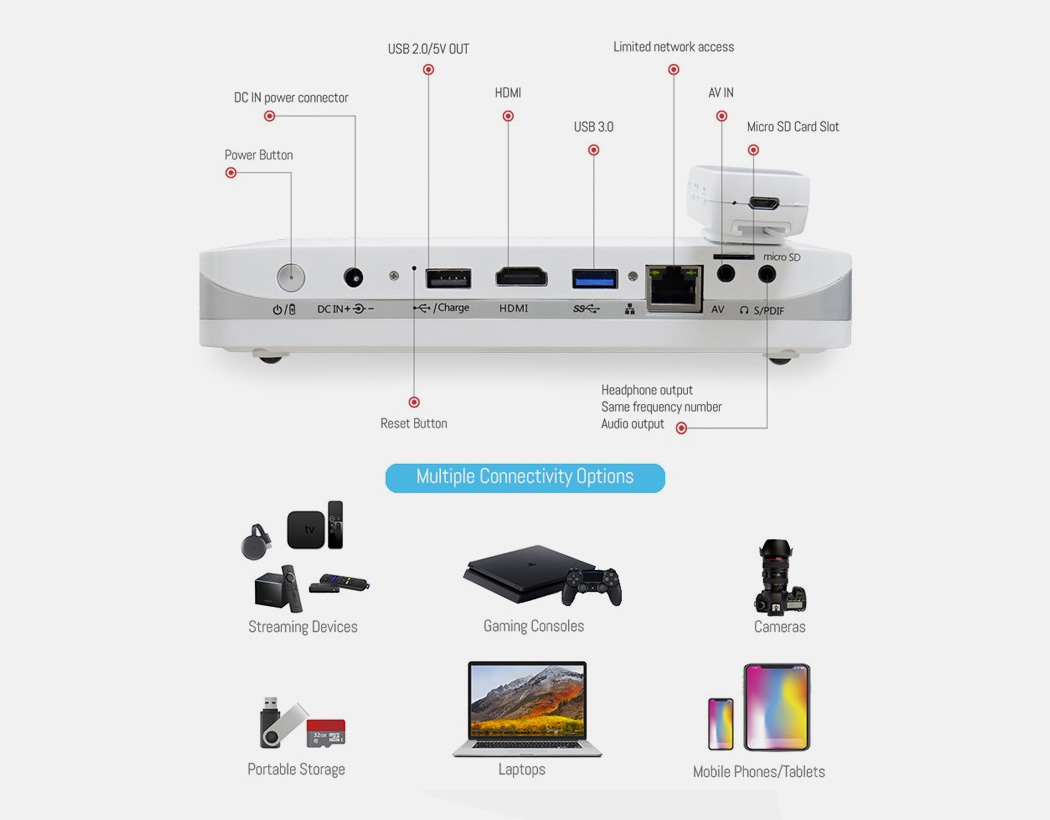 Support Multiple Interfaces. With built-in WiFi capability, ethernet input, and more, you’ll have everything you need to get all your entertainment connected. 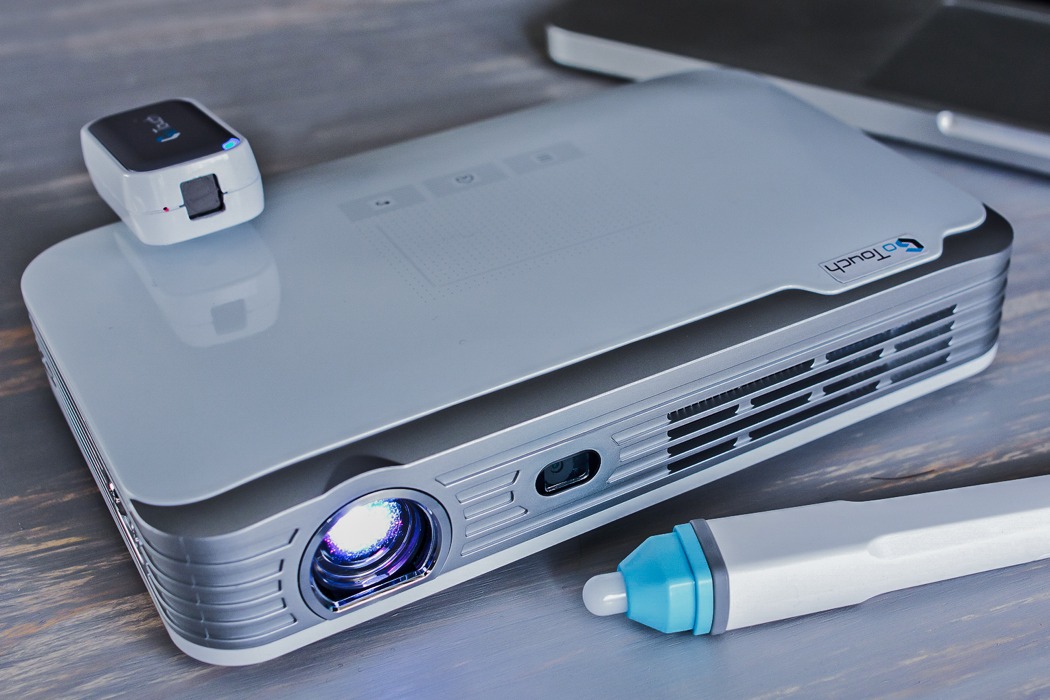 After years of being immersed in minimalism, the design world seems to be saying in the other direction to promote the strengths of maximalism. Not…

You know how boomerangs are supposed to come back to you when you throw them You know how they never do Well, the Wooferang always…

Dog-friendly Products to help your pet feel comfortable, loved + his best self at home!