It’s strange that most bicycles don’t come pre-fitted with rear-view mirrors. Given the fact that the average bike riding speed of commuters is 18-29km/h vs 15km/h average speed by car, it seems like common sense to have a mirror that lets you look at vehicles approaching you from behind, right?

The CORKY Urban and its universally fitting design fills the void by giving you a wide-angle mirror right in your handlebar. With a 120° convex mirror mounted on a ball-socket joint, the CORKY Urban sits relatively flush against the end of a handlebar when closed, and can be popped open and adjusted in any angle to give you a clear picture of what’s behind you. The ball-socket joint gives you an incredible degree of freedom, allowing you to point the mirror anywhere, and its universally fitting design lets you easily mount the CORKY Urban on either your left or right handlebar with ease.

The CORKY Urban features a clear Polycarbonate glass 120° wide-angle mirror that lets you see what’s behind you for a 100 meters. The mirror folds outwards and when not in use, can be flipped shut into its ABS plastic case which protects it from any damage. The impact-resistant ABS case comes with two mounts that let you either fix the CORKY Urban into hollow handlebars (with an internal diameter up to 17-19mm) or around other handlebar using its universal silicone mount. This compatibility extends across urban bikes, mountain bikes, e-bikes, cargo bikes, and even scooters or motorcycles. The compact, infinitely adjustable curved mirror instantly increases rider safety by giving you a clear view of any approaching vehicles so you don’t need to listen for horns or turn to look back while riding ahead! 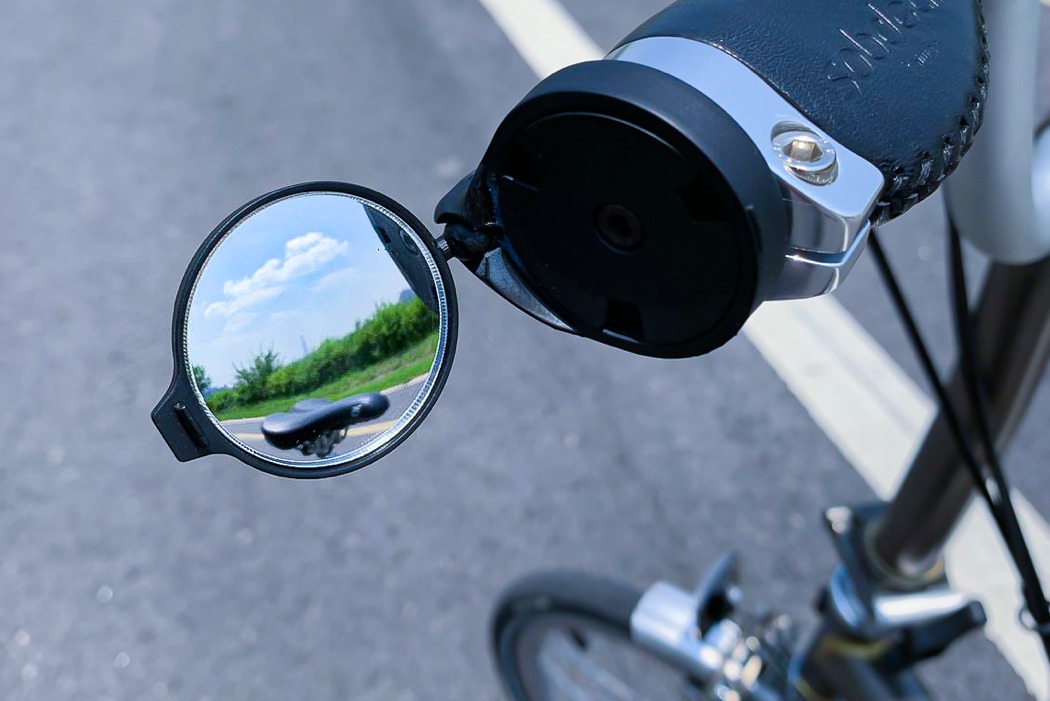 Compatible with any flat-bar bicycle or scooter,  the Corky Urban rear-view mirror design with a 360° degree angle adjustment allows you to keep your head straight while seeing what’s behind you up to 100 meters behind you. And when it’s not in use, simply close the lid to keep the mirror safe and sound.

The ABS’s body is lightweight only 23g and impact-resistant, while the Polycarbonate convex mirror is robust and can resist scuffs and scratches. 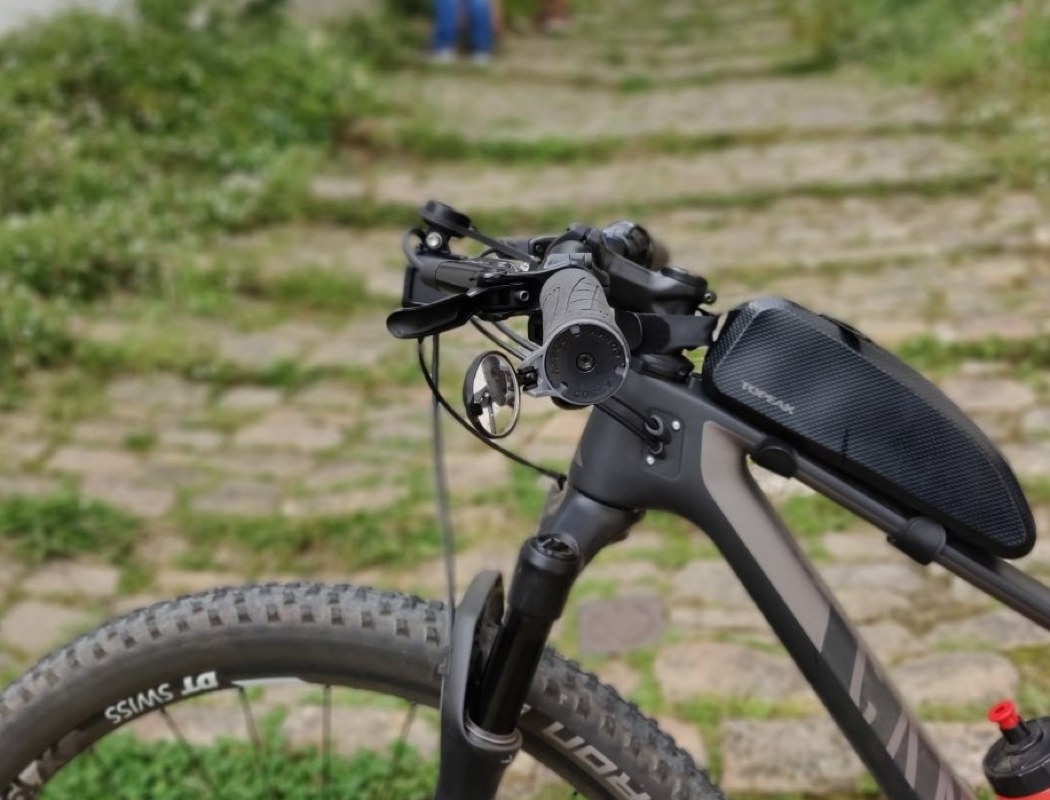 Stands every bumpy road. Maintaining awareness of the roadway or path ahead is critical, especially when you are biking in a congested urban area or you are on an uneven path fraught with obstacles, such as those the mountain biker encounters. 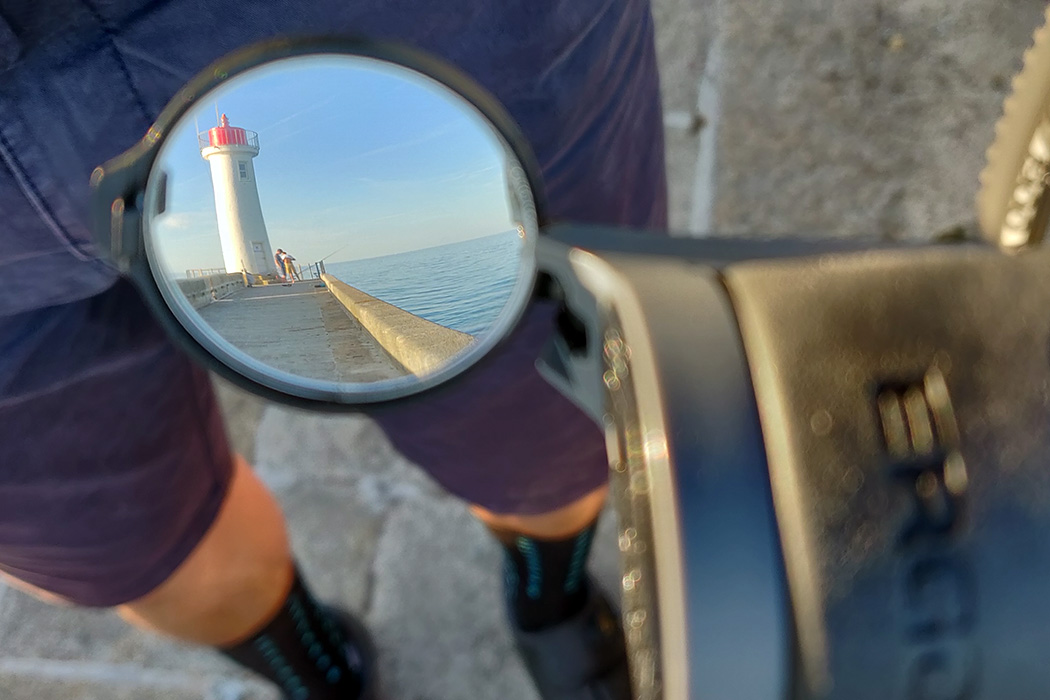 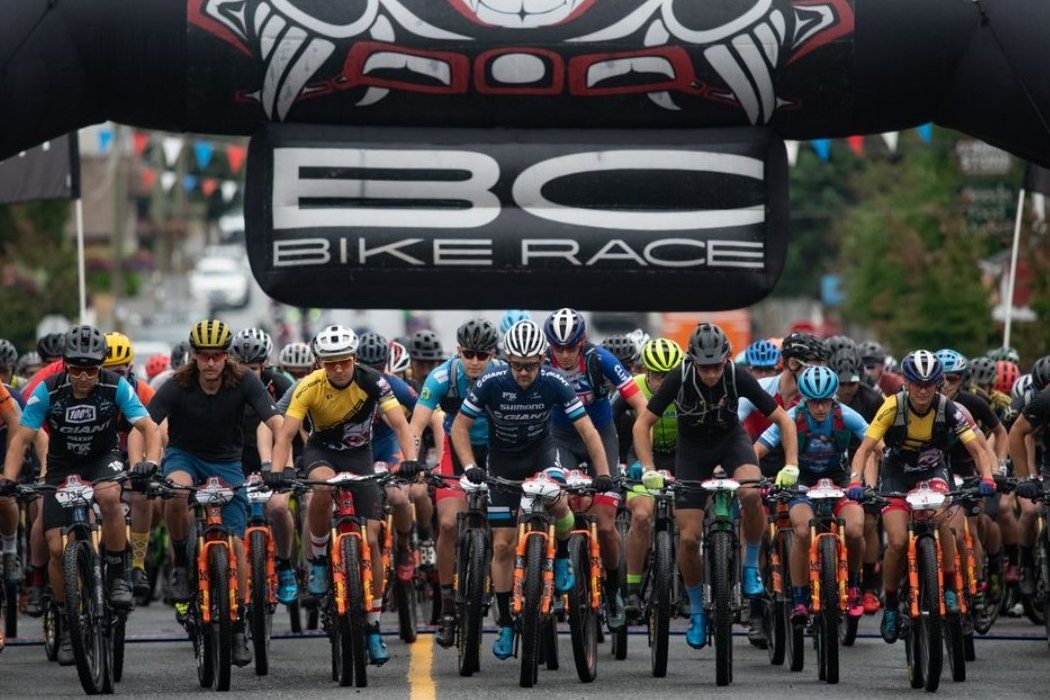 Keep an eye on other cyclists. Every split second counts in a serious bicycle race, and often the loss of rhythm caused by a backward glance can mean the difference between a victory and a second-place finish. A bicycle mirror can let you keep your eyes on the goal line while also keeping tabs on the competition.

1. Fixed way mount. Within the ABS body lies a steel bolt that lets you tightly fit the CORKY into your bicycle’s flat bars. It is compatible with handlebars with an internal diameter between 17/19mm.

2. Plug and play silicon mount. Securely attach to any bike’s ends bar with any type of flat handlebars or any two-wheeled vehicle.

If you are planning on using a working bike for frequent trips, you should consider getting a premium bicycle mirror.

CORKY Urban helps a rider more easily read traffic behind them, in addition to using common sense and peripheral vision.

Suitable for Left and Right Side Handlebar 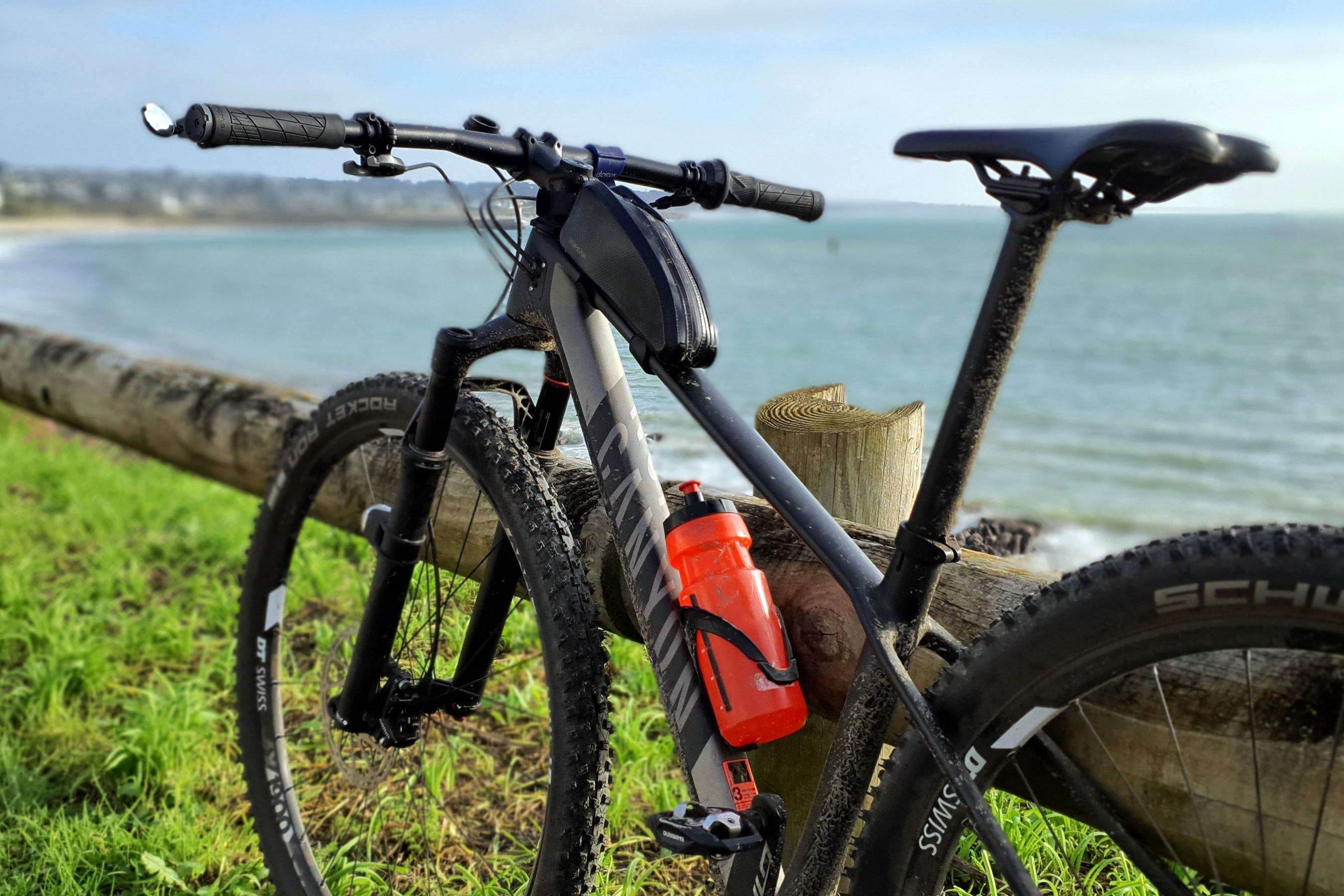 The SNO Quite Literally Reinvents the Christmas Light

Good Design Gets Better by The Year – Part 2

Hope you enjoyed my recap on the Good Design Awards 2018 here. Now it’s time to do a special countdown for you. Under the Chairmanship of…

Something to Howl About

Inspired by our unique human obsession with the moon, this lamp design brings the natural occurrence of the moon’s ever-changing cycle into the comfort of home….