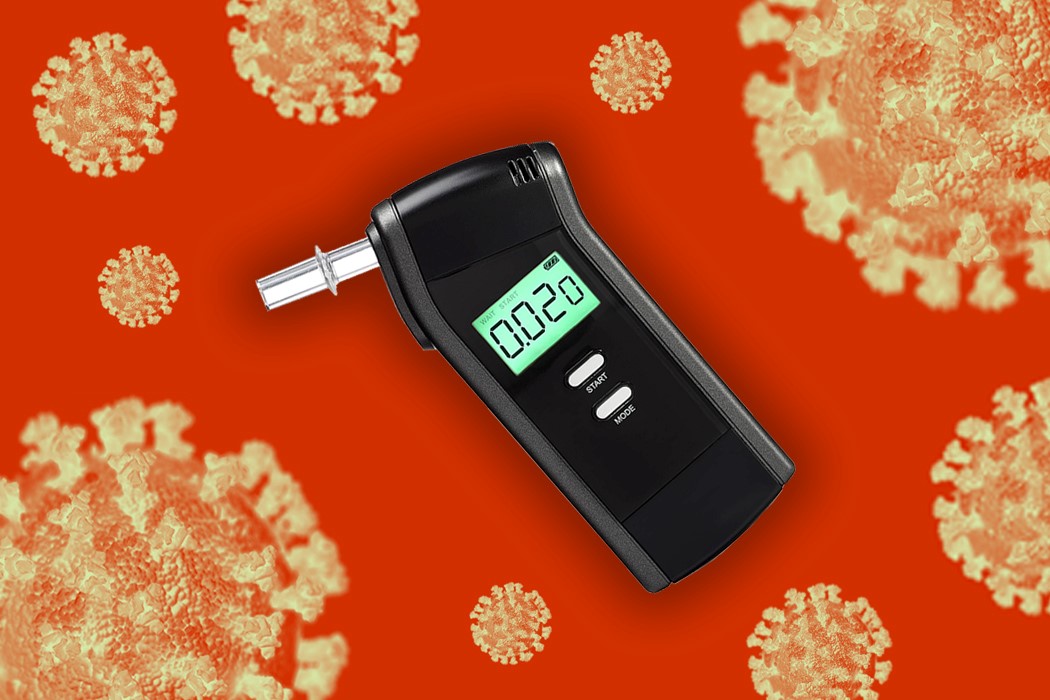 Scientists at Northumbria University, Newcastle upon Tyne, are working on a device that could revolutionize the way we diagnose patients for the novel coronavirus. They say that this new method could vastly speed up the testing procedure and could replace the less-than-effective current method of testing with an infrared thermometer. If successful, the device could find widespread application in airports, GP surgeries, pharmacies, and ambulances, allowing medical personnel to quickly and effectively test potential cases of the virus in a matter of minutes.

Led by Northumbria University associate professor Dr. Sterghios Moschos, the test device collects breath samples to detect the virus, and is less prone to contamination and false-negative results. The way the device works is somewhat similar to how a breathalyzer detects alcohol in exhaled air. Instead of scanning the air for ethanol, the device works by picking up biological information from the breath sample, known as biomarkers. If it detects biomarkers such as DNA, RNA, proteins, or lipids, it indicates that the lung may potentially be infected with a disease. The World Health Organization is currently recommending testing patients using nasal swabs, oral swabs, and lung swabs (collected when a patient coughs up mucus). Dr. Moschos and his team believe the ‘virus-detecting breathalyzer’ would, simply put, work better at collecting swab samples because all exhaled breath is circulated via the lungs.

Experts even say the new technology, if perfected, could have a massive impact on healthcare globally not just by allowing people to detect viral illnesses faster, but also as a means to diagnose other respiratory illnesses, including lung disease, liver issues, diabetes, cancers, brain, and aging diseases.

This portable coffee maker is powered by a solar bank that can charge five devices simultaneously!

https://www.kickstarter.com/projects/patricksherwin/gosun-brew-travel-coffee-mug-and-portable-power Being an expat I know that moving all the time means you will not always have a coffee machine on hand. Or maybe you…

Knockin’ Around the Block Party!

Check these blocks out. They play music. One block, the base block, is the control block. This is the block that plays the music and…

This detailed desk design provides privacy while you work, and we wish IKEA got inspired by it!

Ever since work from home became the new norm, I’ve truly been realizing the importance of a great home office! Our home office should possess…

Sweat is a Good Thing

Inspired by the human body’s own natural thermoregulation system, the Botl is a clever design that, like us, uses sweat as its primary cooling mechanism….