The proverb of the pen being mightier than the sword couldn’t be truer, especially considering how these pens are made from the wood of a 250-year gunship! Made from the residual timber sourced from the HMS Victory, a 104-gun British warship used in the Battle of Trafalgar in 1805, the pen was created by Peter Sandford, a UK-based maker who managed to get his hands on the precious wood when the gunship was being renovated.

The HMS Victory is the world’s oldest warship still in commission with 242 years of service as of 2020. Constructed in 1726 in Portsmouth, UK, the ship played its part in many a battle, before separating from its fleet and sinking in October 1744. It was then recovered and reconstructed to play its role in the Battle of Trafalgar against Napoleon. Contributing to one of Britain’s greatest naval victories, the ship was docked at Portsmouth, where it permanently stands on display. Sandford sourced wood directly from the Victory as it was being renovated, memorializing it in his Oak Pens. It’s rare that a material is so significant it has its own chapter in history books and a dedicated Wikipedia page. The Oak Pens come in fountain and roller-ball variants, with precisely made brass parts. The fountain pens are fitted with German-made iridium-tipped nibs that accept standard, disposable ink cartridges and also come with a converter enabling them to be refilled using bottled ink. The rollerball versions come with a high-quality, smooth-writing Waterman refill and are additionally compatible with all Standard International Rollerball refills. The historic English Oakwood is lathe-spun and polished to make up the pen’s body, allowing you to quite literally hold a fragment of history as you write with it!

The classically-designed pens possess immense historic relevance, being a part of a warship that molded the course of history, establishing Britain’s naval dominance for centuries. Each pen features a bespoke wood-grain that’s unique to you, and also comes with a Certificate of Provenance, signed by HMS Victory’s current Commanding Officer, as well as a vegetable-tanned leather case, made by Sandford himself. Given the limited quantity of wood at Sandford’s disposal, the pens are a part of an incredibly limited release, and come with a numbered certificate too. It’s almost poetic that the HMS Victory’s journey continues in a series of pens, transforming it from something that oversaw massive war and destruction, to something that is responsible for creation! 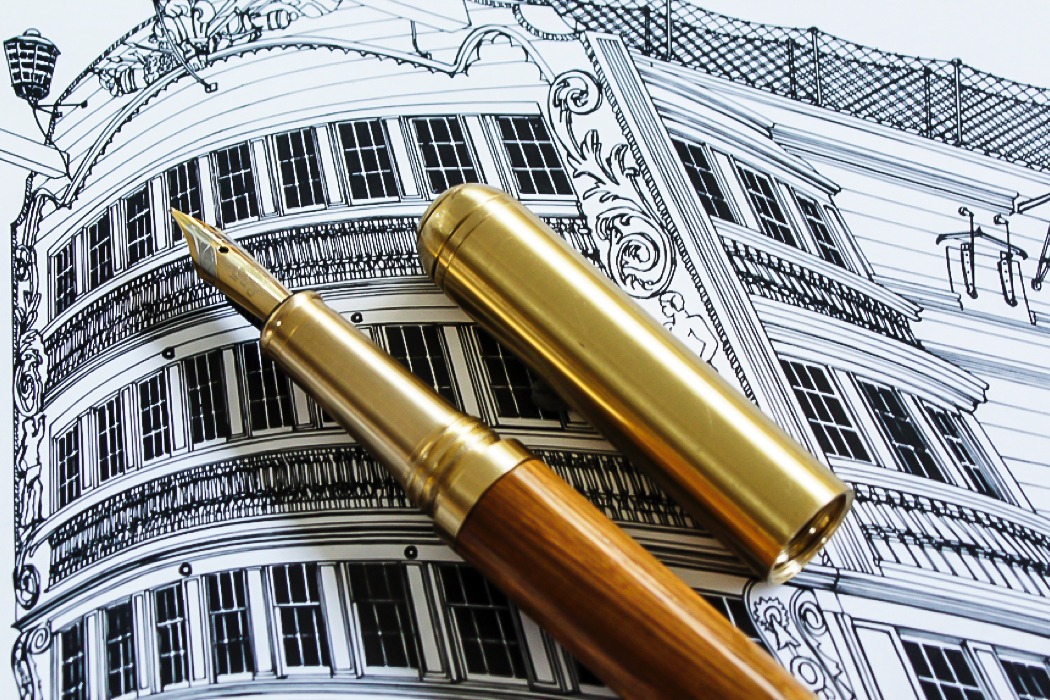 Imagine holding in your hand a piece of naval history. A piece of not only the world’s most famous wooden warship (HMS Victory) but also the world’s oldest naval ship still in commission. 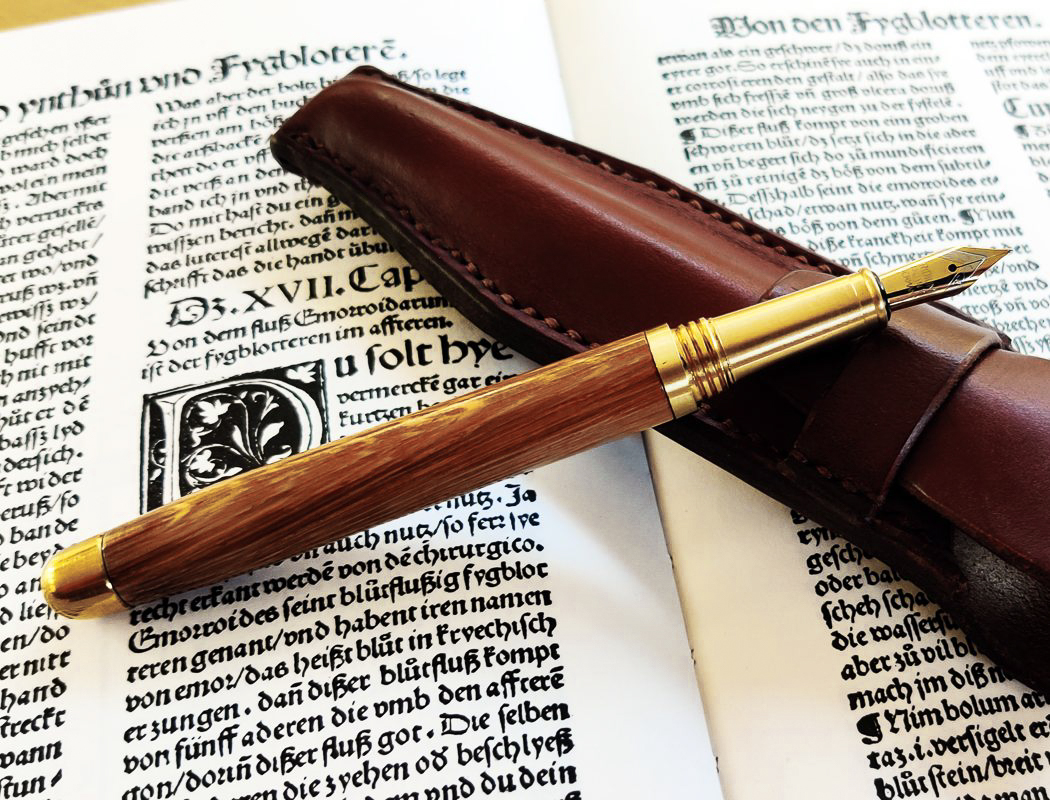 Designer Peter Sandford hand-turns these ink pens and rollerball pens using oak timbers salvaged from a maritime legend that saw action in naval battles in both the 18th and 19th centuries. 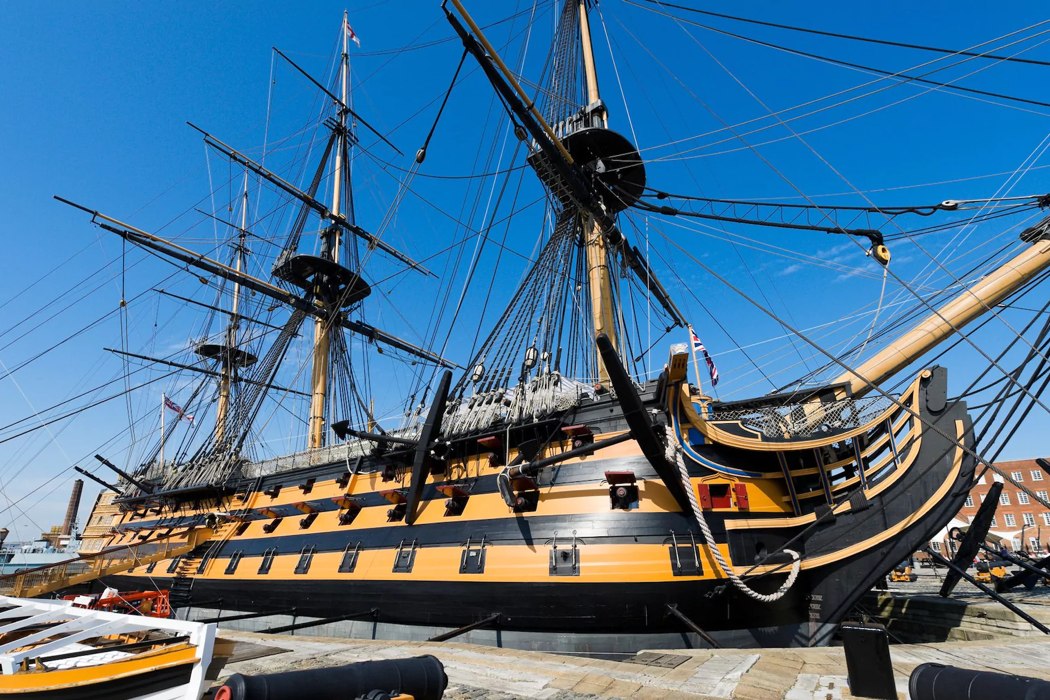 HMS Victory is currently in her 241st year of service. Best known for her role as Lord Nelson’s flagship at the battle of Trafalgar in 1805 where the British navy defeated the combined fleets of France & Spain during the Napoleonic wars, effectively destroying Napoleon’s hopes of invading Britain.

Started in 1759 & launched in 1765, Victory is now the flagship of the First Sea Lord and has been in dry dock in Portsmouth, England since 1922. 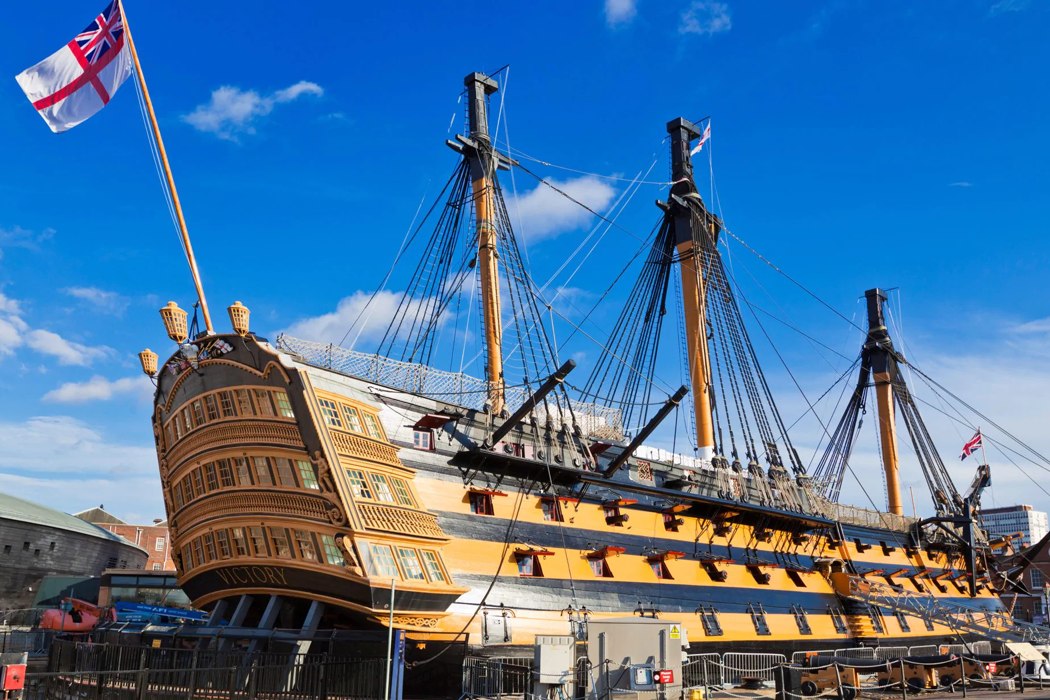 As oak trees are very slow growing & have a lifespan of some 200 to 400 years, it’s highly likely that the trees used to construct Victory were alive when the Mayflower set sail from Plymouth, England in 1620, taking the Pilgrim Fathers to found their new colony in America.

Over 6000 trees were used in the construction of Victory, 90% of which were English oak.

Keeping an oak warship in good condition is a never-ending process. Victory has undergone several major renovation projects over the years and work still continues to this day.

Ageing oak timbers that were removed & replaced during these renovations were sometimes sold to craftsmen & artisans for use in the making of furniture or Victory memorabilia. In 2012 the HMS Victory Preservation Trust decided they would no longer permit the sale of any salvaged timber so it’s become very difficult to obtain. 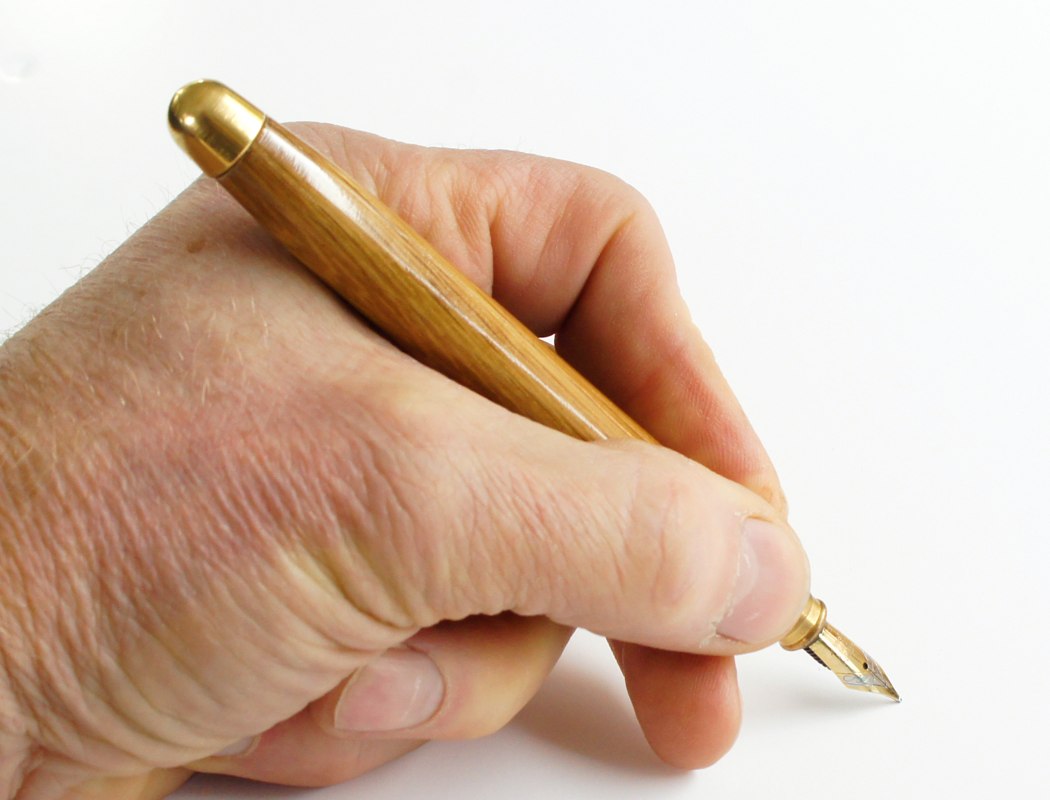 After months of searching, Peter was fortunate enough to source a limited quantity of Victory oak from the 2004 renovations & plan to use it to create these beautiful yet practical ink pens and rollerball pens.

The metal parts of the pens bodies are made of solid brass. The fountain pens are fitted with German-made iridium-tipped nibs that write beautifully. They accept standard, disposable ink cartridges and also come with a converter enabling them to be refilled using bottled ink.

Each pen will come with a copy of the Certificate of Provenance signed by HMS Victory’s Commanding Officer and also a numbered certificate issued by Peter.

Space Architecture designed to be a home to the future humans living on Mars!

SpaceX Crew Dragon’s successful return from the space station has added a new dimension in humanity’s plans for space travel. Granted we have been sending…

As you might have guessed from the name, the Jellylamp was inspired by the fluorescent jellyfish and subtly mimics its shape and captivating glow. To…

This minimal Japandi-style coffee table doubles up as the ultimate cat home for your pet!

If you have a cat or two at home, then you know that they manage to weasel into almost any corner of your home, leading…