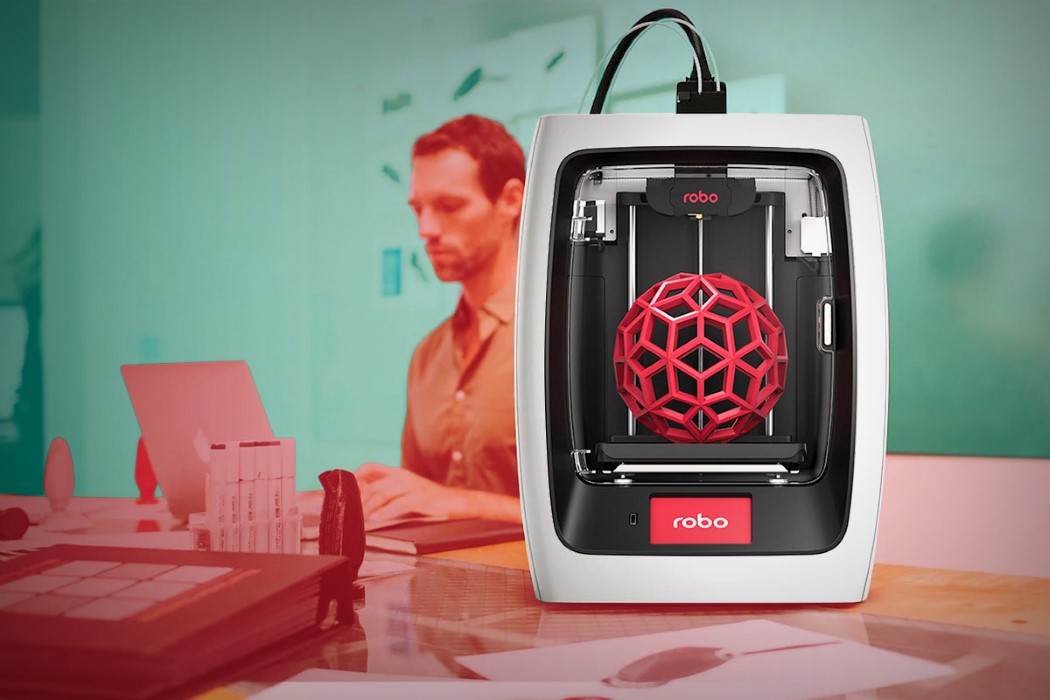 “Dear Sarang,
Let the mood take a vacation, park, to feel the fresh breath of nature, to listen to the news of flowers bloom and fall, wish you a wonderful weekend, relax and happy.

I often receive heartfelt emails like these from Jack who runs outreach for a China-based rapid-prototyping company… ask any industrial designer and they’ll surely tell you about how they too have rapid-prototypers reaching out to them… but it’s been months since Jack has contacted me, wishing me a wonderful weekend, or that the winter sun’s gentle warmth brings me good fortune, or that he would like to connect with me on LinkedIn. Ever since the Coronavirus outbreak in Wuhan around the Chinese New Year, there’s been a significant drop in email pitches I’ve been getting from Chinese rapid prototyping companies. I’m making a segue into the next paragraph, but I’ll get back to Jack in a bit.

Coronavirus, more accurately referred to as COVID-19, has caused a pretty noticeable slowdown both globally and locally, be it economic, communications-based, or even in travel. Apple is warning its customers of a severe shortage of global inventory in upcoming months because of halted production. Meanwhile, Foxconn, one of the iPhone’s leading manufacturers in China, is busy making protective masks instead. The Mobile World Congress in Barcelona, which was scheduled for the end of February, was called off amidst fears that an international event would lead to the spread of the disease, causing other events like the Geneva Motor Show, Salone del Mobile, the Game Developers Conference, SXSW, and even the Summer Olympics to consider cancellation or postponement.

It wouldn’t be too farfetched to say that the epidemic, which has caused over 3000 deaths globally, is definitely disrupting industries, jobs, and lives. Visas are being canceled, travel is seeing a massive slowdown, people are becoming more wary of large gatherings, and companies are reviewing work-from-home policies. What does this really mean for the design industry? And how is our profession, which literally deals with ‘problem-solving’, solving or working around this issue?

A quick recap on what the Coronavirus really is…

Now I’m no medical expert and this isn’t a scientific journal, so I’ll just link you to articles that may better explain the virus and its origins (at the bottom of this editorial), but the Novel Coronavirus is likely to have originated out of Wuhan from a wild animal trade market. The virus shares similarities with the SARS and MERS viruses as well as the common influenza virus – the difference being primarily that the virus hasn’t been studied in detail by scientists, leaving quite a few unknowns.

What we DO know, however, is that the most prevalent symptoms include fever, pneumonia, coughing, and shortness of breath, and that the virus primarily spreads through contact or an exchange of fluids.

If you’re reading this with Amazon open in a tab nearby with the search results for a face mask, here’s something worth knowing. That face mask isn’t going to prevent people from getting the virus, but it’s surely going to prevent people from spreading it. Doctors claim that the virus can enter your body, even through the eyes, so while a mask definitely offers a certain degree of protection, staying away from people (especially those who are coughing) is far more effective. Health experts also recommend you keep your hands away from your face and be wary of touching objects that are likely to be infected like door handles or escalator armrests, constantly wash your hands thoroughly with soap, and avoid social gatherings and large crowds as much as possible. In short, it’s a good time to be an introverted germophobe.

Is it as bad as it sounds?

The minute you have a crisis that halts production, productivity, and travel, it doesn’t take long for the effects of the halt to show. Factories routinely shut shop in China for the Lunar New Year, but the sudden insurgence of the virus prevented them from opening immediately after the holiday season. In just a matter of weeks. China’s priorities shifted rapidly to containing the virus. Government-mandated factory shutdowns, quarantines, and the focus on building medical facilities have effectively put a halt on production in the world’s biggest manufacturing hub.

Up until a few weeks ago, the situation seemed pretty stable until South Korea, Japan, Italy, and Iran began reporting a major spike in Coronavirus cases too, prompting a lockdown on international travel. This slowdown has forced organizations to call off mass events like the Salone Del Mobile, Mobile World Congress, Geneva Motor Show, which see a majority of international attendees. Facebook and Google have put the kibosh on their developer conferences (and are probably moving to an online-only event), and Apple is reportedly considering doing the same for its March event. On the other side of the world, the Japanese government is seriously considering postponing the Summer Olympics… and arguably the most popular museum in the world (and home to the Mona Lisa), the Louvre, pulled its shutters down at the beginning of this week.

The toll on public health aside, yeah… it’s pretty bad. 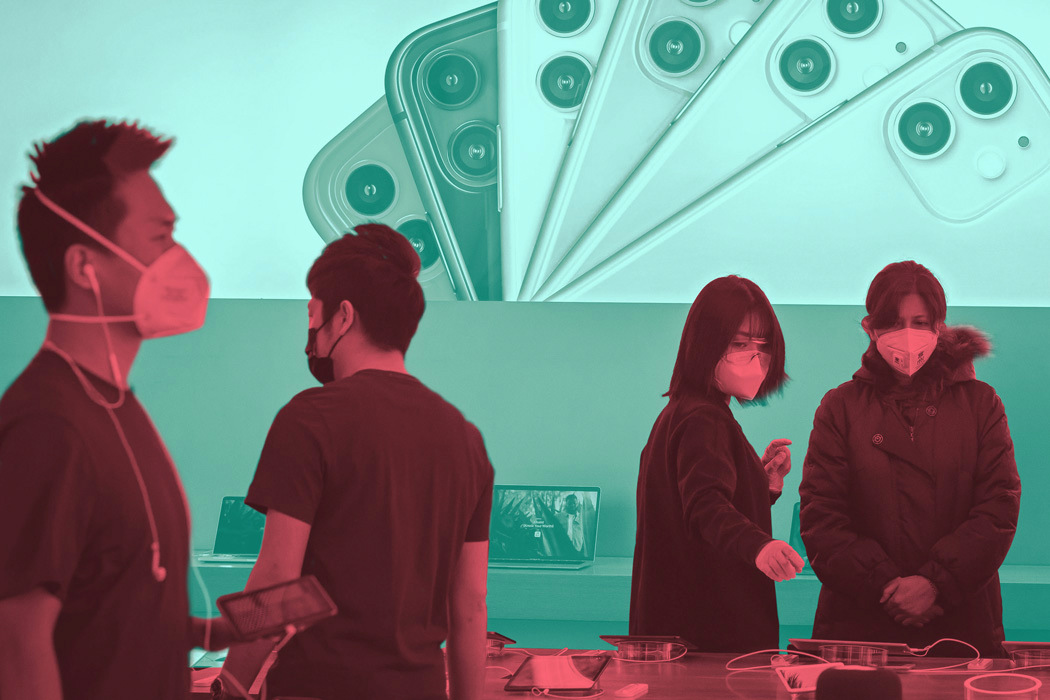 Coronavirus – What it means for the design industry, productivity, and prototyping…

The two most obvious retaliations to the Coronavirus on the global industry have been by far A. Spreading out the workforce, and B. Being infrastructurally self-reliant. While it isn’t really ‘business as usual’ for most companies, we’re slowly adapting by redefining how we see the ‘workplace’ as not a physical building filled with employees, but rather a state of mind. It shouldn’t be long before work-from-home policies become more of the norm, and before having a ‘home office’ or ‘home studio’ becomes standard practice… especially in a gig/freelance economy that’s increasingly moving towards one.

It’s probably what freelancers are exactly looking for – having more freedom and control over their work environment, work hours, and clients. Meanwhile, it surely bodes well for companies to hire freelancers given that they’re cheaper since freelancers don’t get bonuses or medical coverage. Freelancers also are relatively high-productivity, low-commitment, since they can’t unionize or take paid leaves… plus it’s easier for both parties to get out of contracts without worrying about notice periods or severance packages.

Meanwhile, this brute-force shift towards a digital workspace (rather than a physical one) will probably change productivity forever. A lot of the industry’s focus is shifting towards seamless cloud collaboration (video conferencing platform Zoom has seen a significant spike in its stock) and we may just enter a future where working from home will be as productive as working in an office among colleagues (even though the current consensus is quite the opposite). You can read more about remote working on Magda Sowierszenko’s Remote-how Blog or sign up for her upcoming free webinar on Emergency Remote-work Setup Preparedness scheduled for Tuesday, 10th March.

It also probably means depending less on Jack (remember Jack from before?) for tasks like basic prototyping. While it’s cheaper to rely on a singular hub like China for manufacturing, that low-cost comes at the price of high risk. Apple’s inventory for fast-moving electronics like the iPhone is running low, which is even worse considering they’re rumored to launch a new iPhone and iPad in March, and on a smaller scale, hundreds of Kickstarter projects are being affected by the disadvantage of having all their infrastructural eggs in the China basket. Now would probably be a great time to consider building more than one manufacturing hub, but more importantly, being self-reliant when it comes to minor manufacturing and prototyping tasks. It’s a shame that the guys at Makerbot missed this moment by four years when they pretty much shut shop in 2016, but I’ll go out on a limb and predict that 3D printing (on both domestic and international levels) will see a much-needed growth spurt. In the meantime, all we can do is hope that the scientific community and governments of their respective countries are doing everything they can to keep the virus at bay… plus, a personal reminder to be extra particular about your health and hygiene, and if anyone hears from Jack, do let me know if he’s okay.

When a new technology comes to market, a ripple effect can cause all sorts of product categories to benefit. To wit, insulin pumps have lagged…

This pain-relief gadget will clear up your sinus without any pills!

Skiing, trekking, rock climbing and all the similar thrills that the mountains provide also come with the high risk of accidents. The rescue operations of…

Uh oh which one of my pill alarms is it? Oh it is the one that says take the Yanko Pill, because I’m about to…