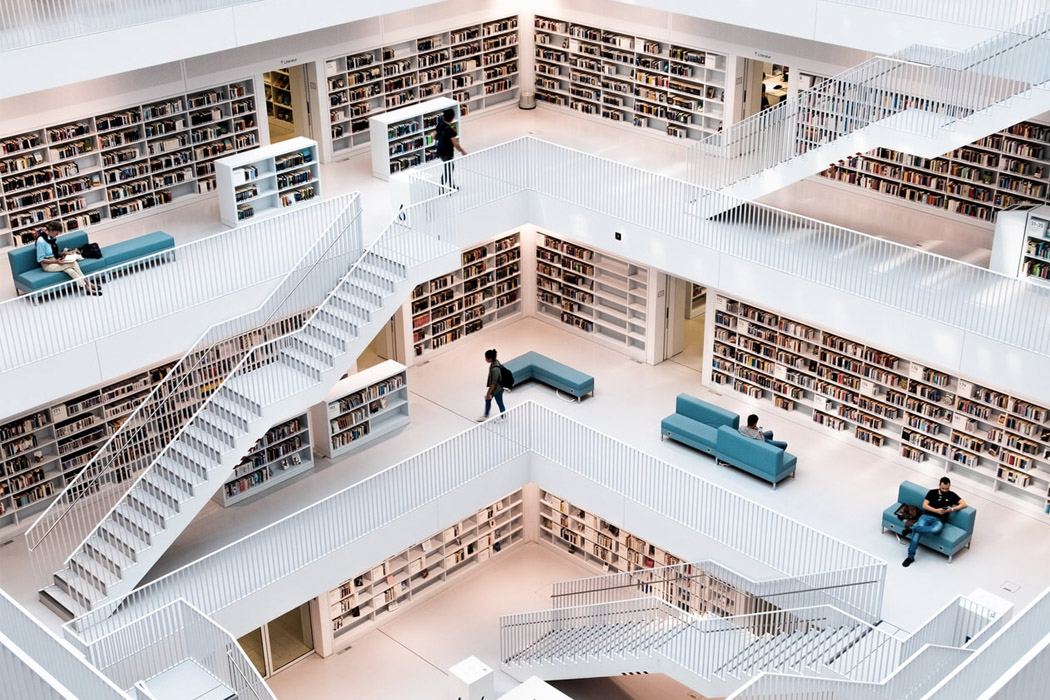 I’m a complete bibliophile! In fact, give me a good book and I can cuddle up with it, completely forgetting about the rest of the world. Hence, it’s no surprise that a library is one of my favorite places in the world, and I’m sure others share the same sentiment. Libraries are warm and comforting spaces with the promise of unlimited knowledge, and are the entryway to another world. So, we’ve curated a collection of exquisite and intriguing libraries that will awaken the bibliophile within each of you! 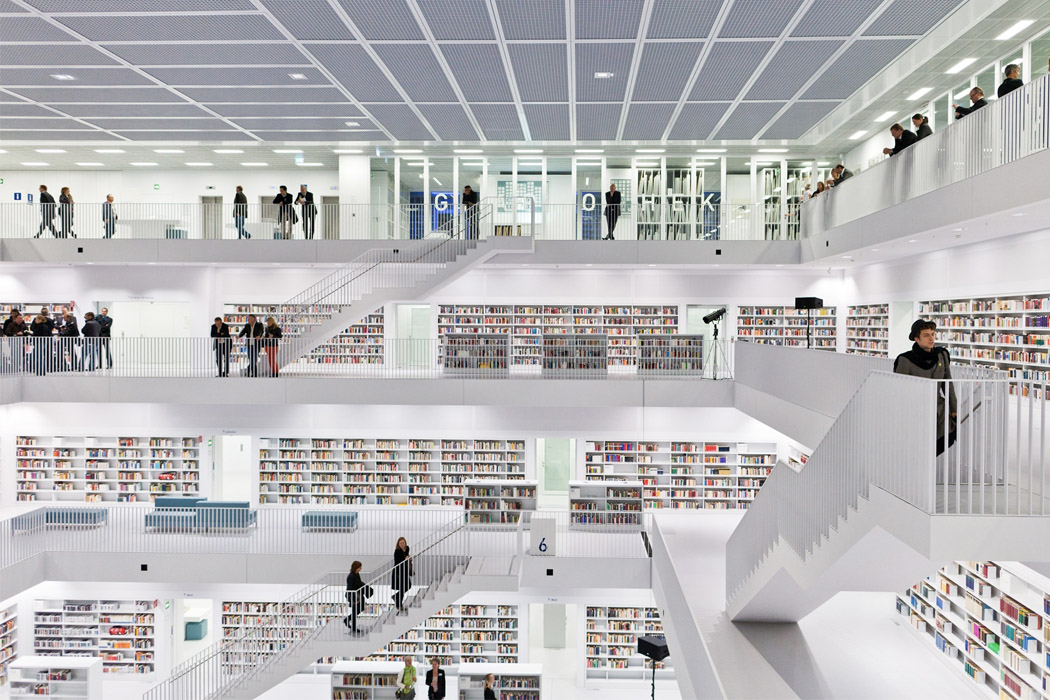 The Stuttgart City Library by Yi Architects is shaped like a neat little white cube. A central roof lighting illuminates the entire room creating a clean and crisp space where anyone would love to catch up on some reading! 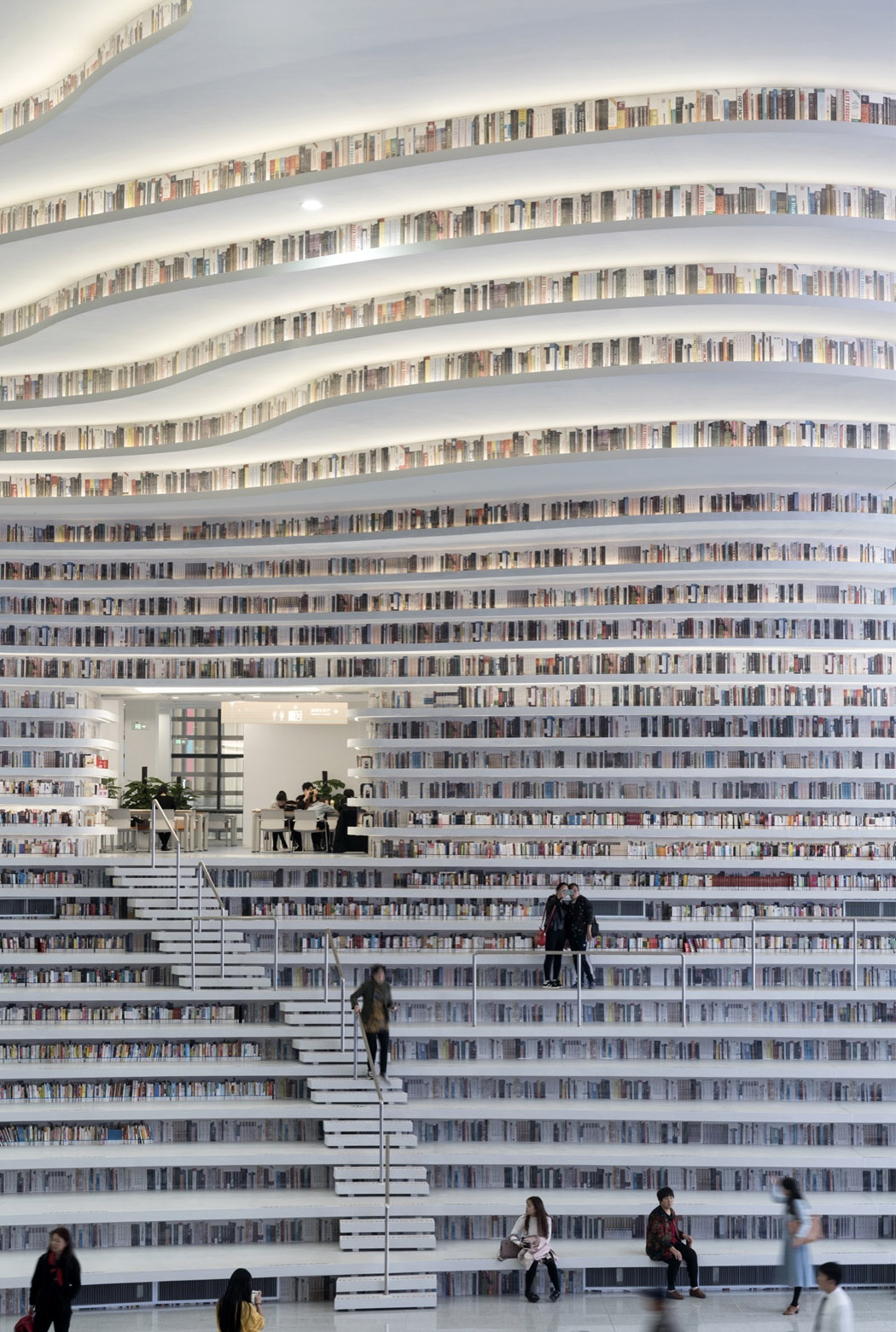 The Tianjin Binhai Library designed by MVRDV & TUPDI took the entire architectural world by storm! The 33,700 square meter structure features floor-to-ceiling bookcases that are truly impressive. The bookshelves even create staircases, seating areas and louvers on the facade. 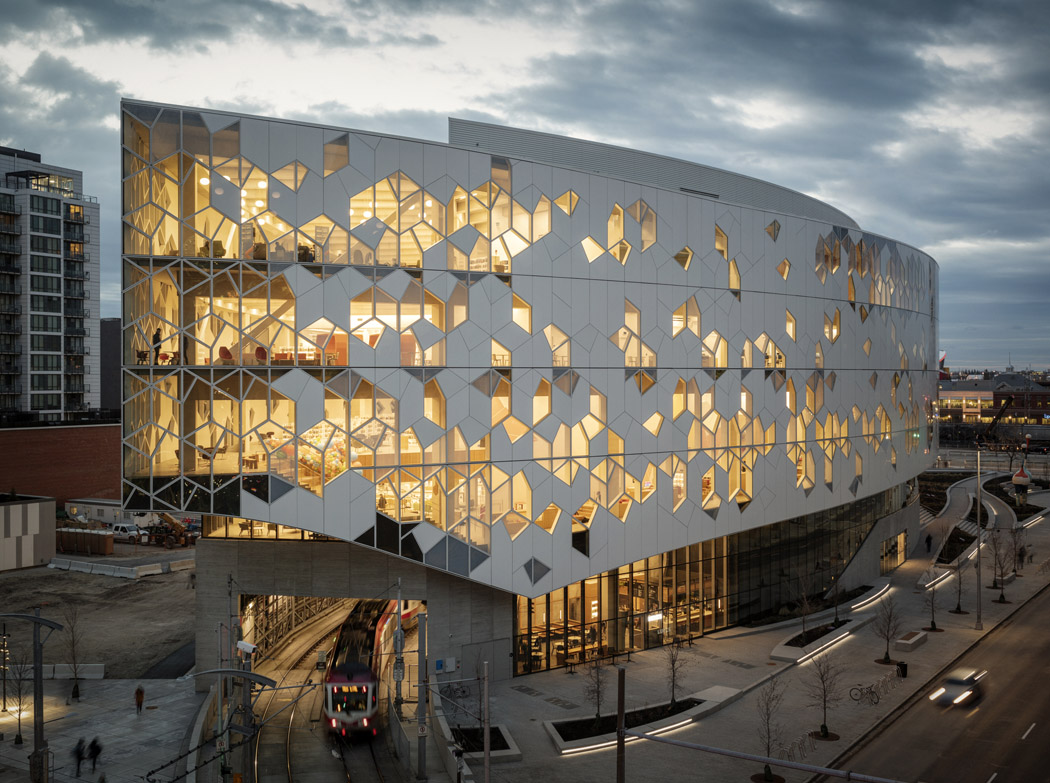 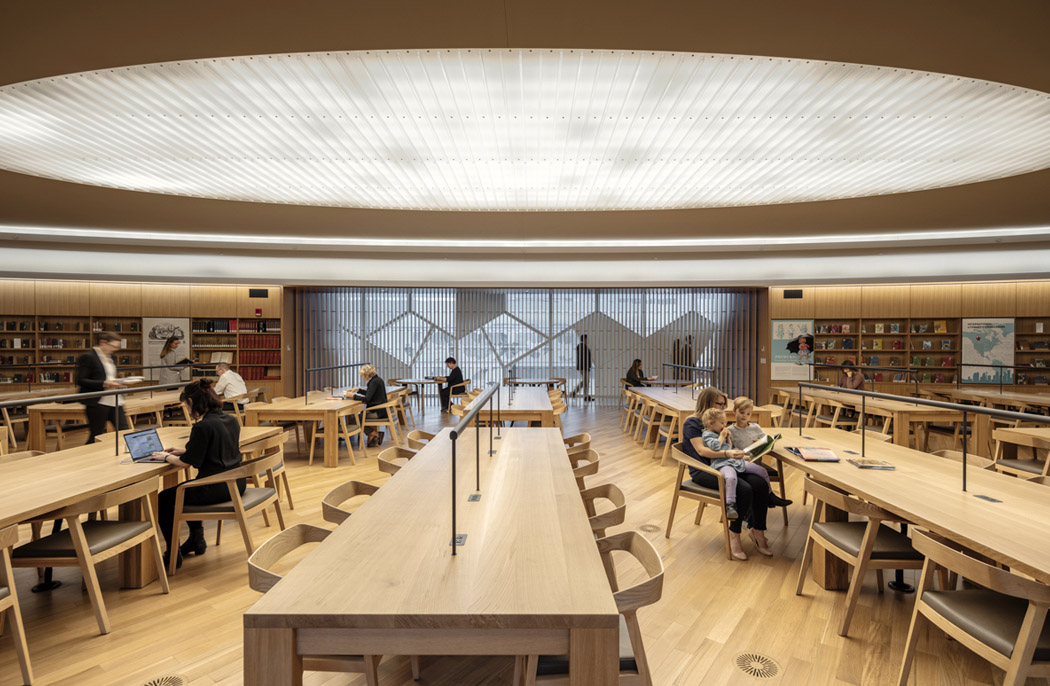 Snøhetta and Dialog’s new Central Library in Calgary, Canada is said to be one of the biggest library systems in North America. In fact, the structure even incorporates a fully functional light rail line. Featuring a glazed exterior with wooden interiors combined with unfinished concrete, the library has a very textured and organic feel to it. 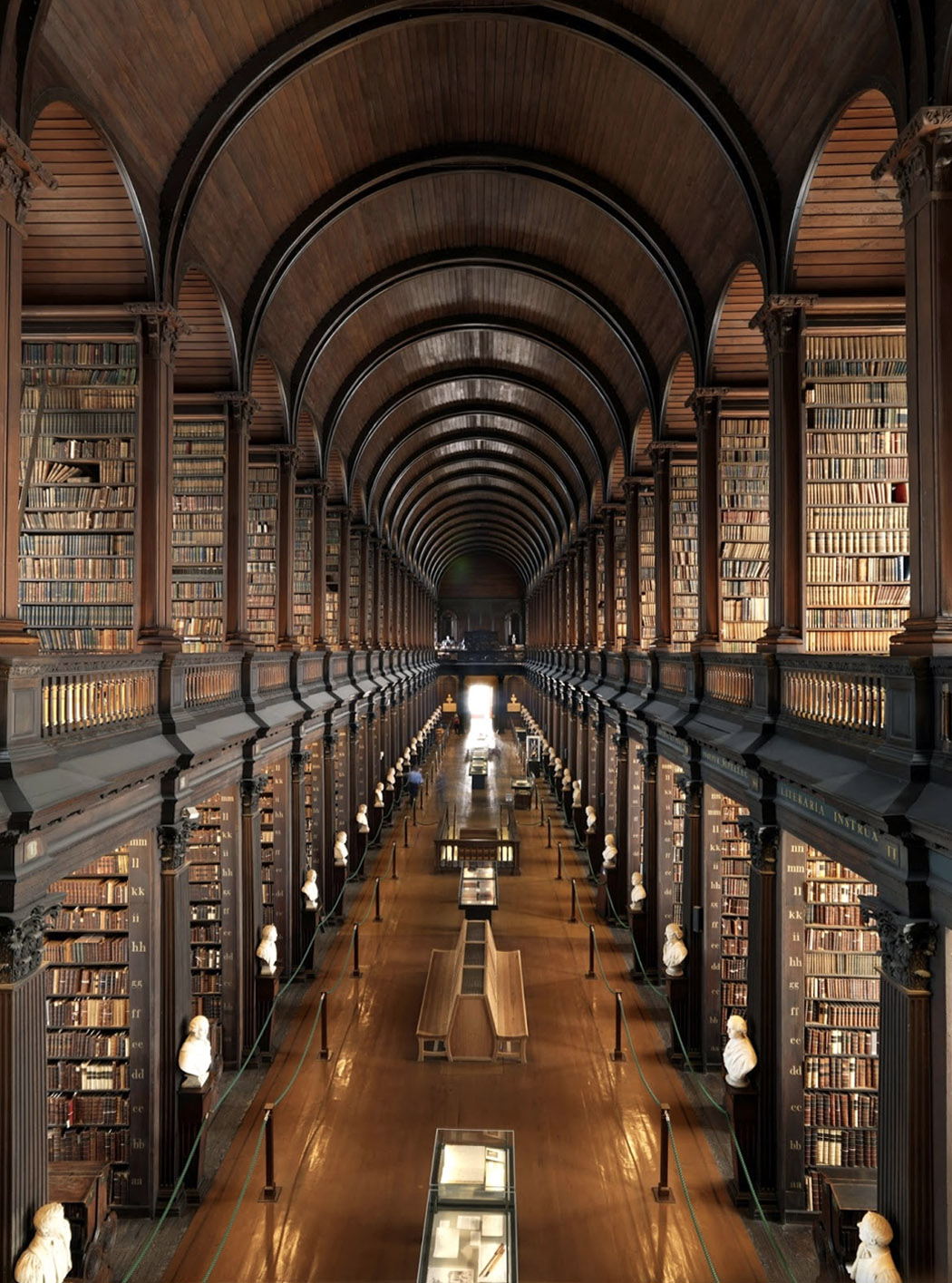 The Old Library at Trinity College, Dublin was designed by Thomas Burgh. Opened in 1732, the library is a real architectural wonder and a safe haven for readers. In fact, the famous Long Room which houses almost 200,000 books is said to be an inspiration for the Harry Potter movies! 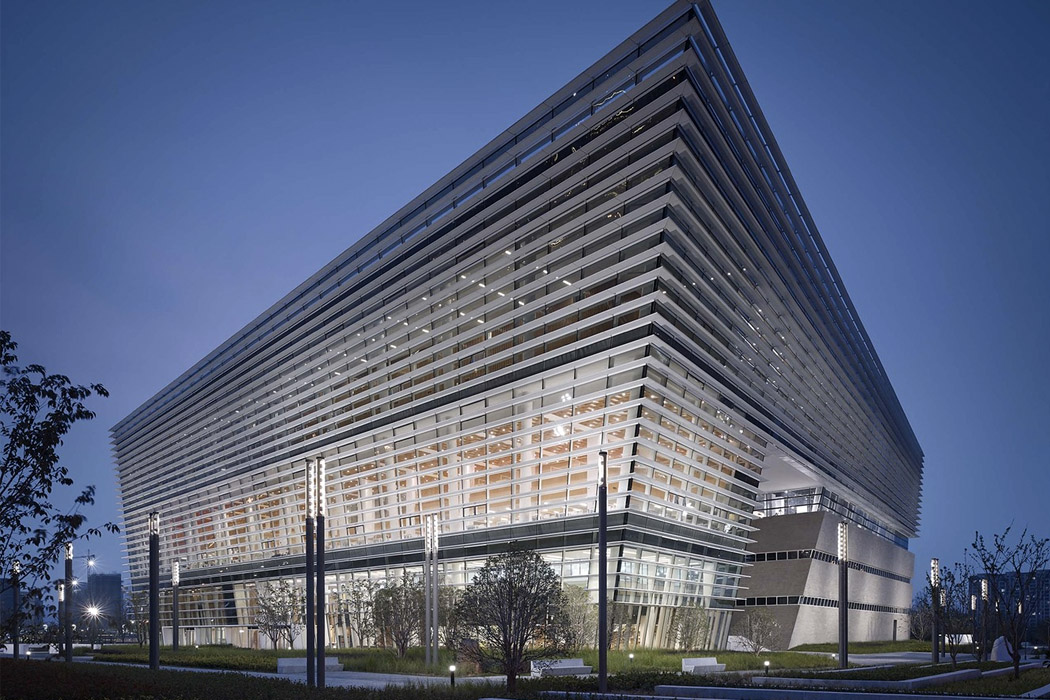 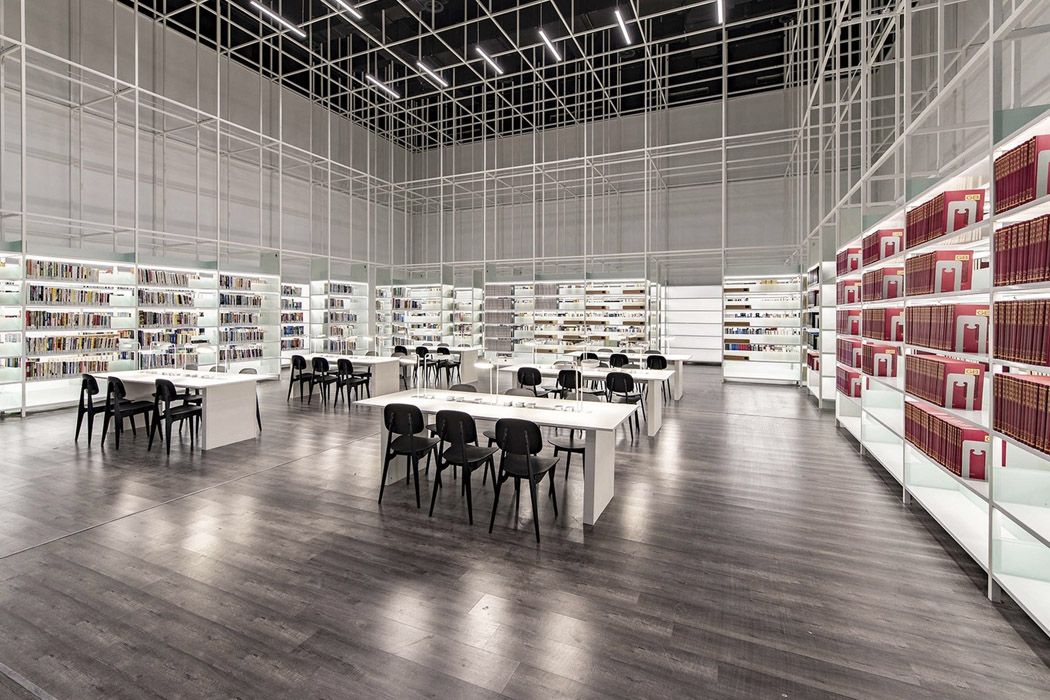 GMP Architekten designed the Suzhou No.2 library with an intelligent storage system that has the capacity to virtually hold up to seven million books. The exterior structure is meant to resemble a stack of books or sheets of paper. Transparent glazed windows add an ethereal feel to the structure. 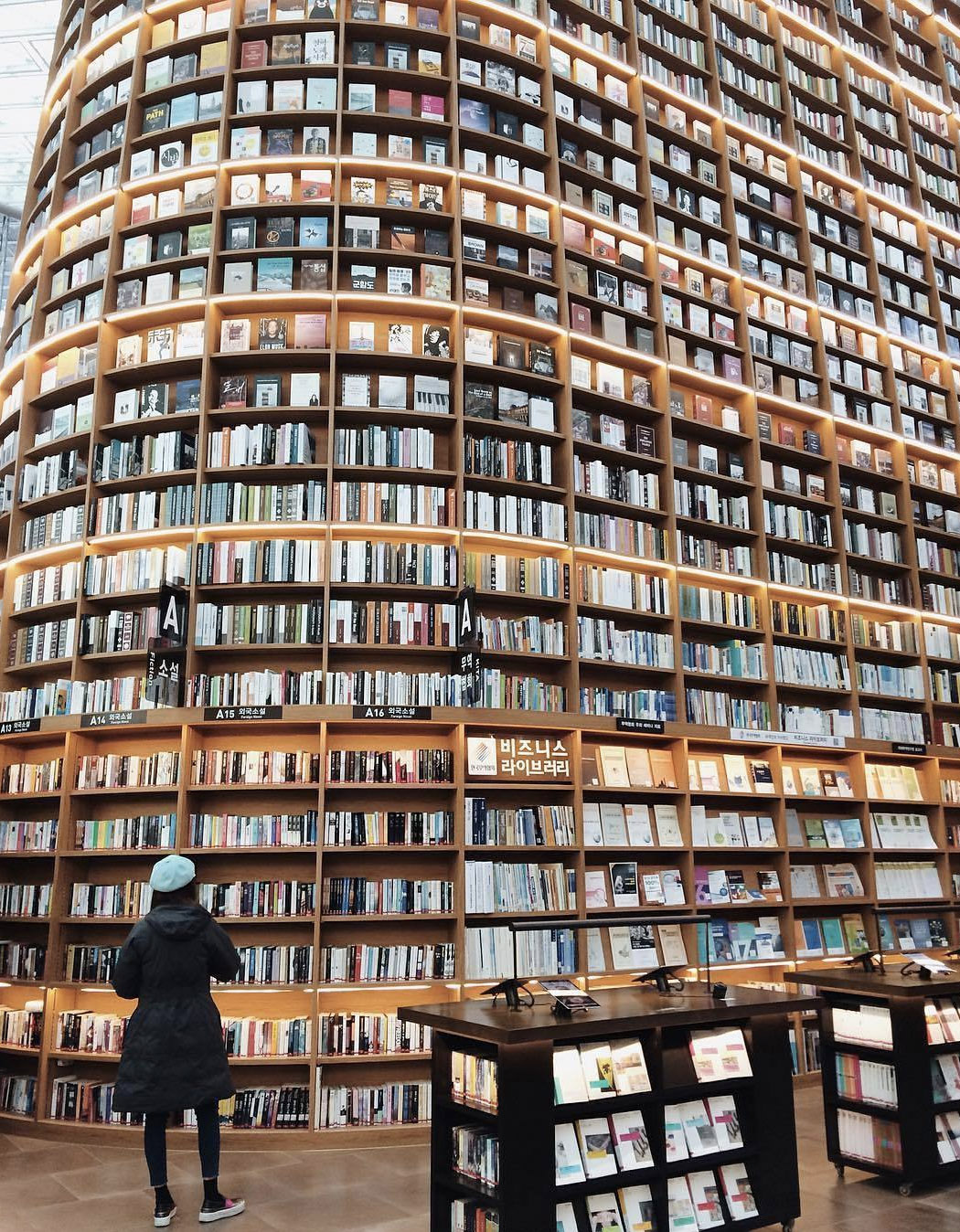 The Starfield Library at COEX Mall in Seoul, Korea is one of the most modern libraries with the quintessential floor-to-ceiling bookshelves! Designed by Gensler Architects, the 2500 square meter structure with wooden interiors has a rather warm feel to it. 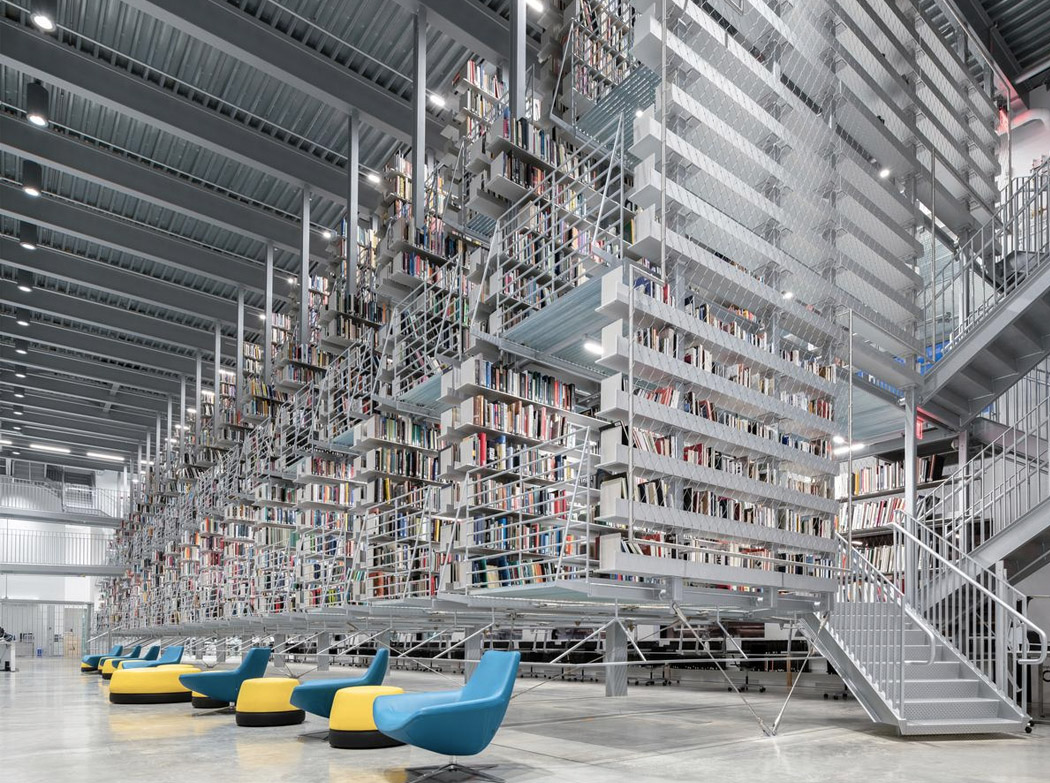 Wolfgang Tschapeller renovated the infamous Rand Hall at Cornell University, creating the Mui Ho Fine Arts Library with four sections of suspended books stacked one above the other. Seminar rooms, a maker space, a research lab, and digital fabrication shops are included in the space. 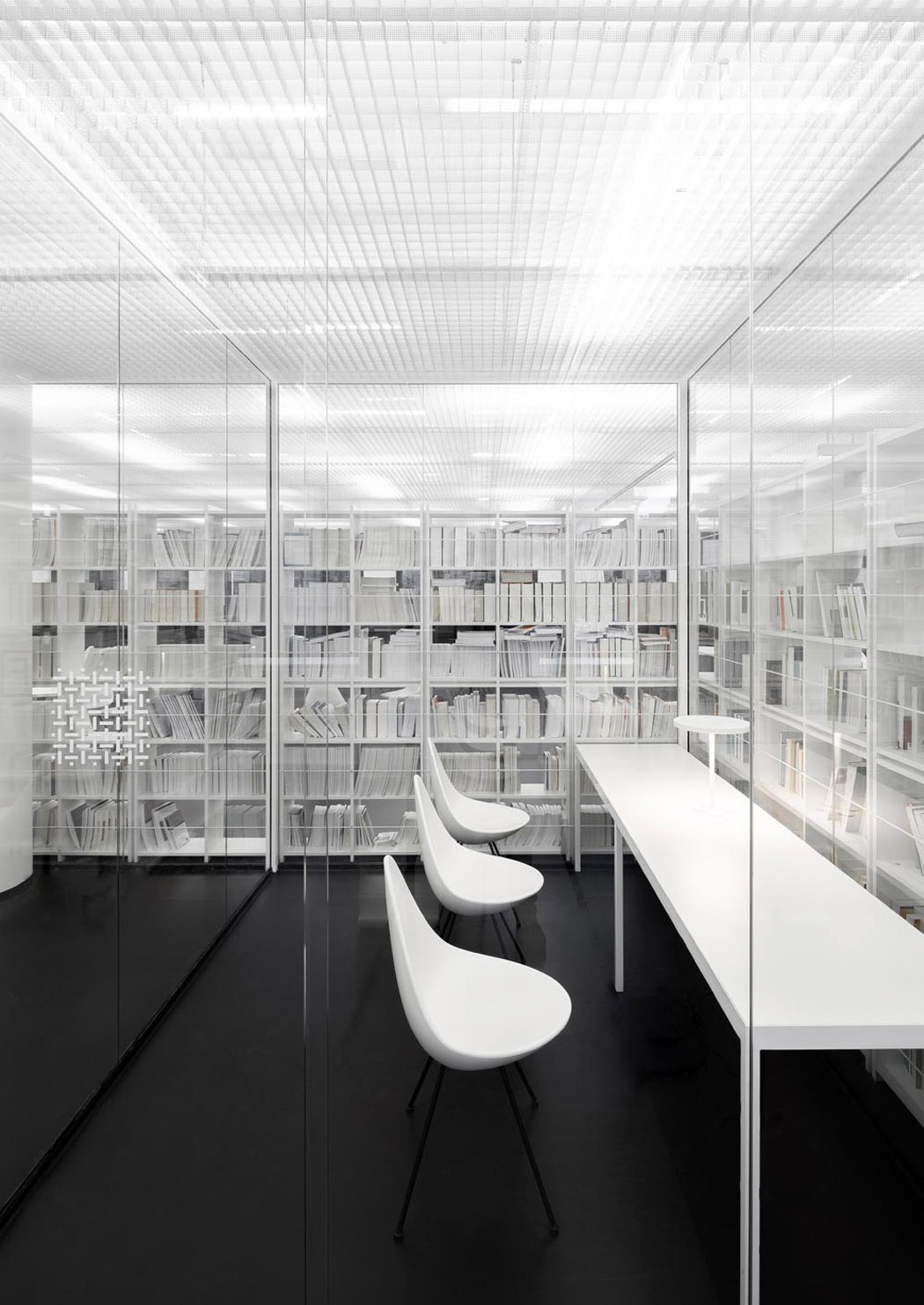 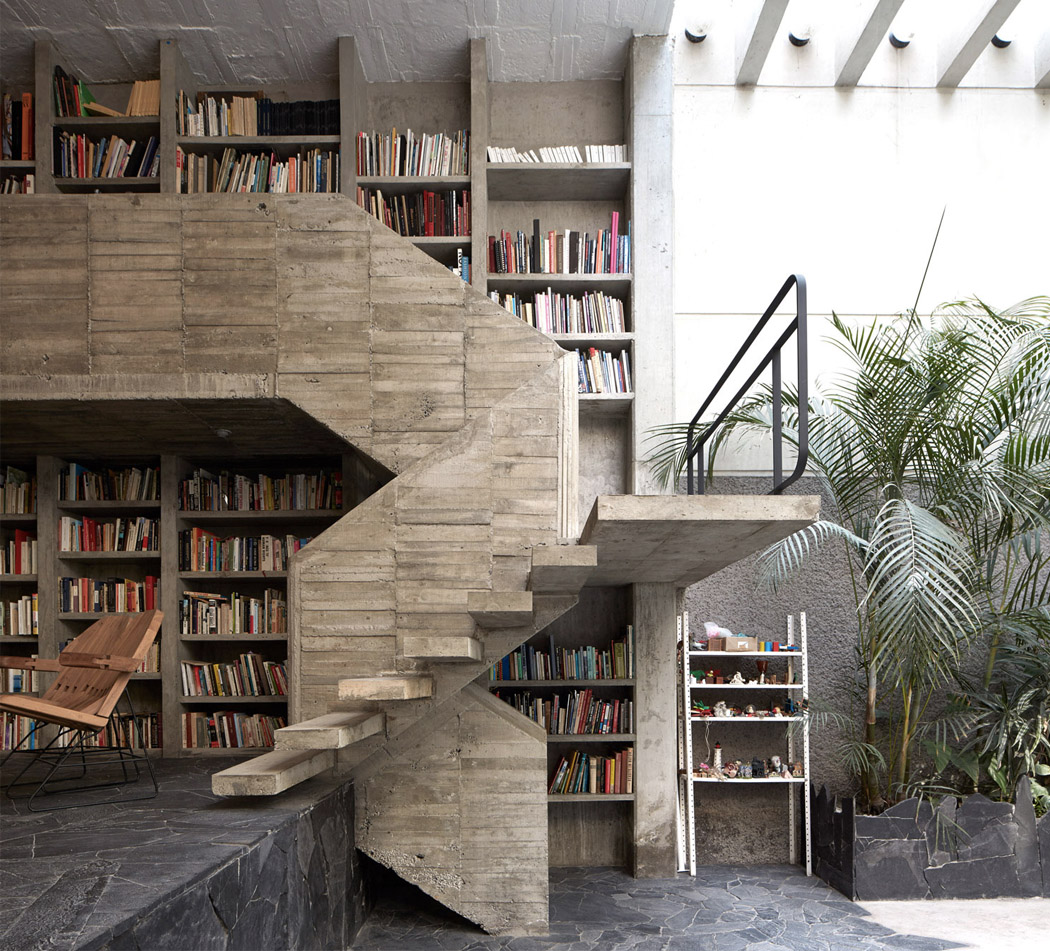 Located in Mexico City, this house by Pedro Reyes features an impressive double-height library with two levels connected by a rustic concrete staircase. In fact, even the bookshelves have been created from concrete, lending a very organic feel to the space. 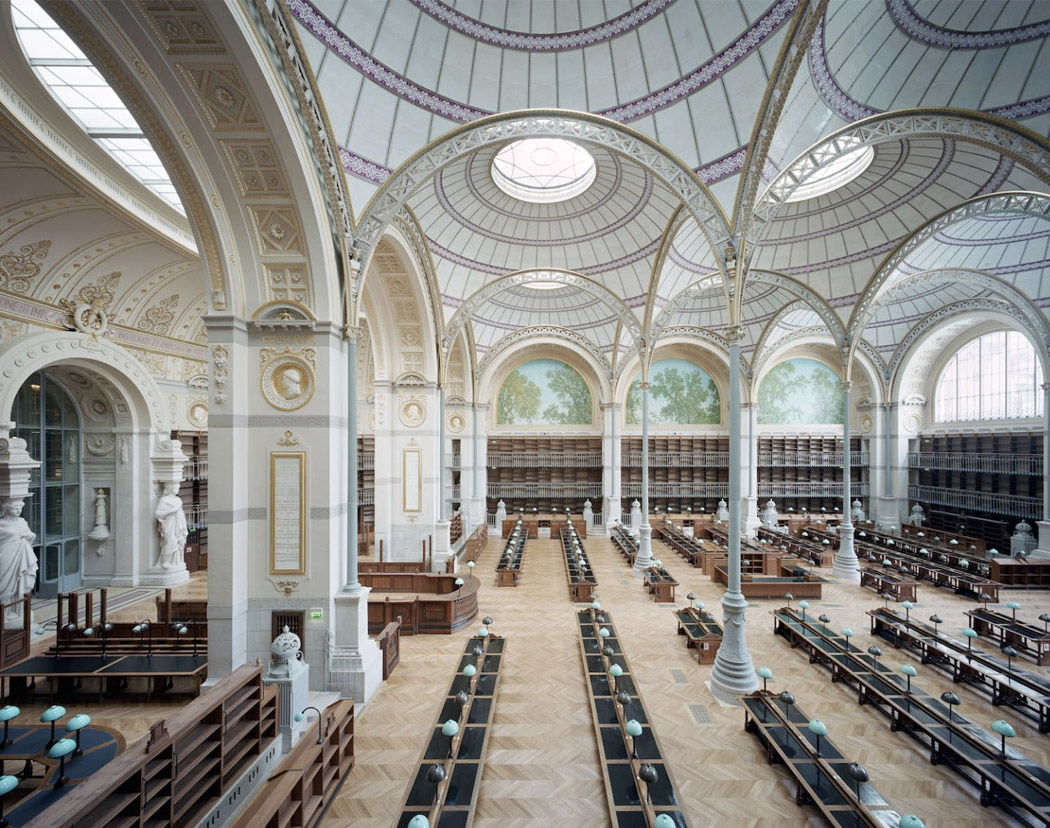 Architects Bruno Gaudin and Virginie Brégal renovated what previously used to be France’s National Library. A new technical network was implemented so visitors can easily move from one room to another, but the original classic interiors were maintained as much as possible.

Innovative Dutch architecture studio, MVRDV, is all about enabling the development of cities and landscapes towards a better future for its residents and the environment….

If we could draw up a pie chart, you’d be able to visualize just how much damage the construction industry causes. To be specific, the…