Here’s a camera that arguably does for the social-media generation what the Polaroid did for the generations before us. Inspired by Super 8, the Fragment 8 is a handheld camera that lets you record almost as if you were using Instagram filters. The camera mimics recording using 8mm film, giving your videos a uniquely vintage touch, and features rotating, interchangeable lenses that add a variety of dreamy filters and bokeh to your videos. In a world that’s increasingly looking at new ways to capture the world around them, the Fragment 8 provides a retro-inspired way to record your life in a unique way… because the Fragment 8 captures images, videos… and even GIFs!

The handheld camera comes from Lofty Factory, a startup founded by a film director and an industrial designer. Designed to replicate the way a retro 8mm camera works, the Fragment 8 comes with a classic bakelite-inspired body design, a retro rotating lens-plate, and design details like buttons, dials, and straps, all that directly pay tribute to 8mm film cameras… the Keystone K35 8mm camera in particular. In fact, the Fragment 8 even comes with shutter sounds that replicate old-time cameras, and features an f/4 fixed focus lens that uses both glass and acrylic elements to create visual imperfections that make the video look authentically vintage.

The camera shoots in 720p, capturing media on a 1/3 inch CCD sensor. It has its own built-in viewfinder and allows the user to alternate between 24fps and 9fps to create videos that are either seamless, or have a distinct, choppy vintage appeal. The Fragment 8 shoots images, videos, and even GIFs, allowing you to create your own looped videos and boomerangs. The camera’s rotating lens system adds a further layer of creativity to the filmmaking process, allowing you to add realtime effects like bokeh or even capture kaleidoscope videos and images.

Fragment 8’s revival of retro-style filmmaking makes it more than just a nostalgic piece of tech. It’s arguably perfectly suited for the younger Instagram and TikTok-savvy generation too, offering them a unique, vintage-inspired way to capture the world around them. “The Fragment 8 Retro Camera embodies the bright and soft appearance of the mid-century classic analog film,” says co-creator Chun Yin. “With natural tones, subtle color changes and slight discoloration, it makes a video of even the most mundane subject look artistic, nostalgic and well-composed.” Couple that with Fragment 8’s design and its uniquely appealing rotating lens system, and you’ve got something that truly lets you capture the world in a way that phones of today cannot. I mean an Instagram filter is just a mere tool. The Fragment 8 is practically an era! 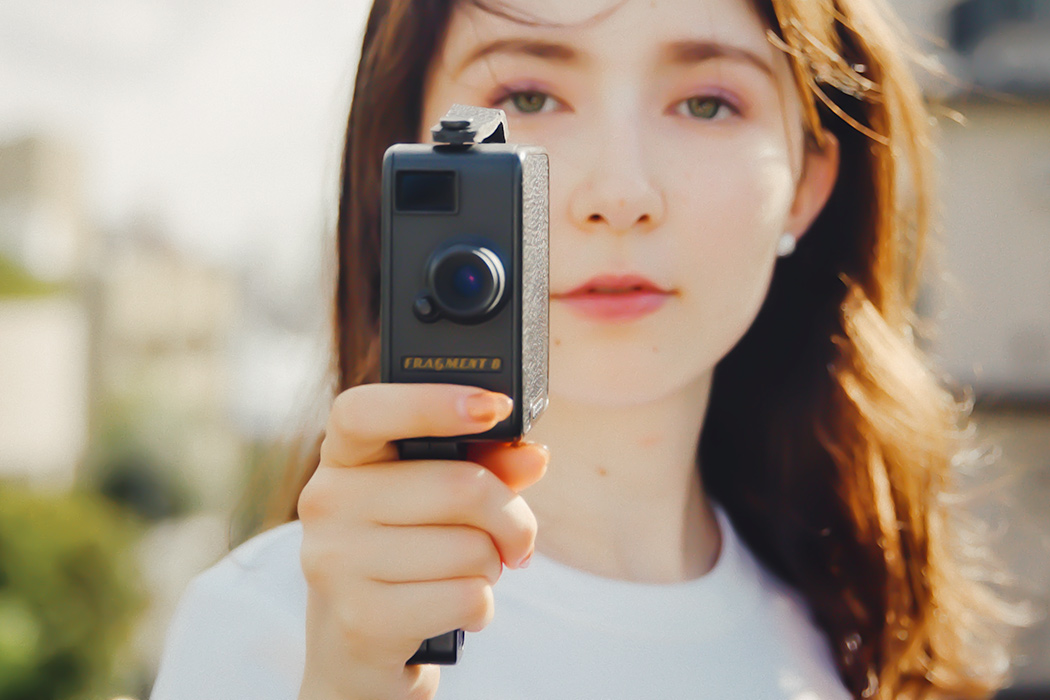 The “Fragment” presents the concept of “Slice of Life”. The concept “Slice of Life” originated in 1890 and focuses on presenting real-life by clips, including everyday chores that we often overlook, such as a cup of coffee under the sun and even a simple smile between friends.

Fragment 8 Retro Camera makes shooting simple, allowing you to empty your day within this stressful world. Even if you have no story in mind, just shoot, you may end up with a touching short film to tell your own story. It captures images, videos… and even GIFs!

Nostalgia For The Past by 8mm 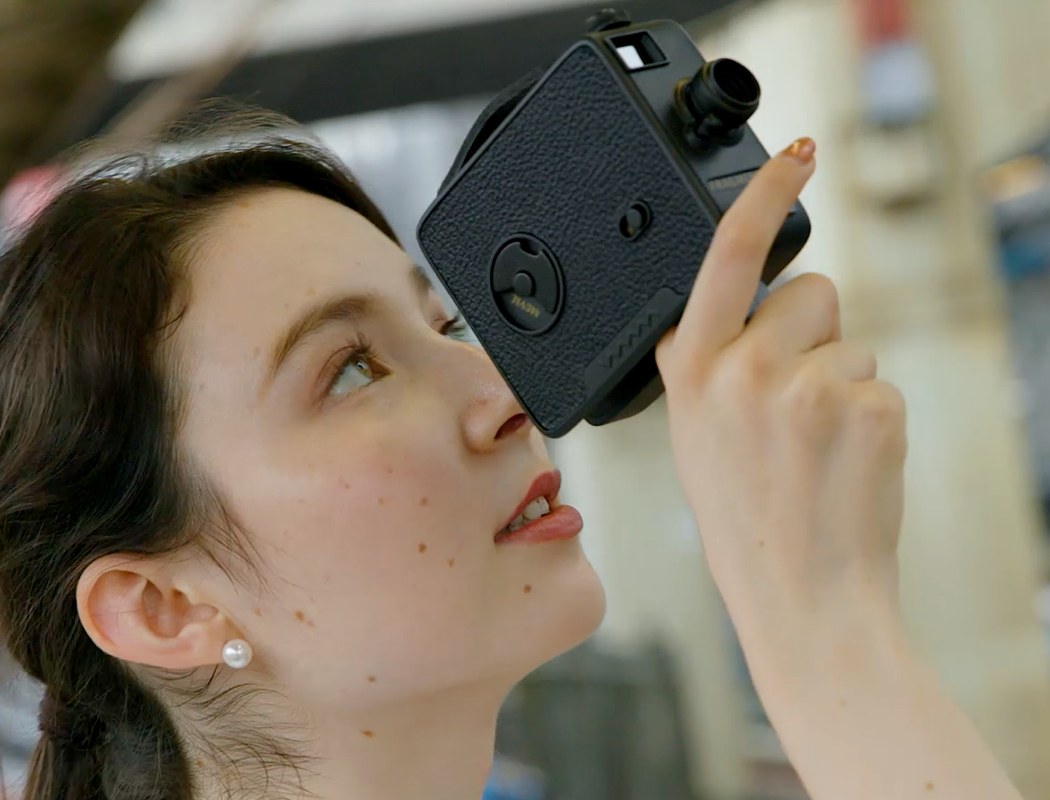 The number “8” of the camera represents the “8 mm film” which was developed by Kodak in 1932 and was widely used for the movie. The unique color and incompleteness of the film taken from the 8mm film evoke a sense of nostalgia. It makes the audience focus on the story itself, but not how gorgeous it is. 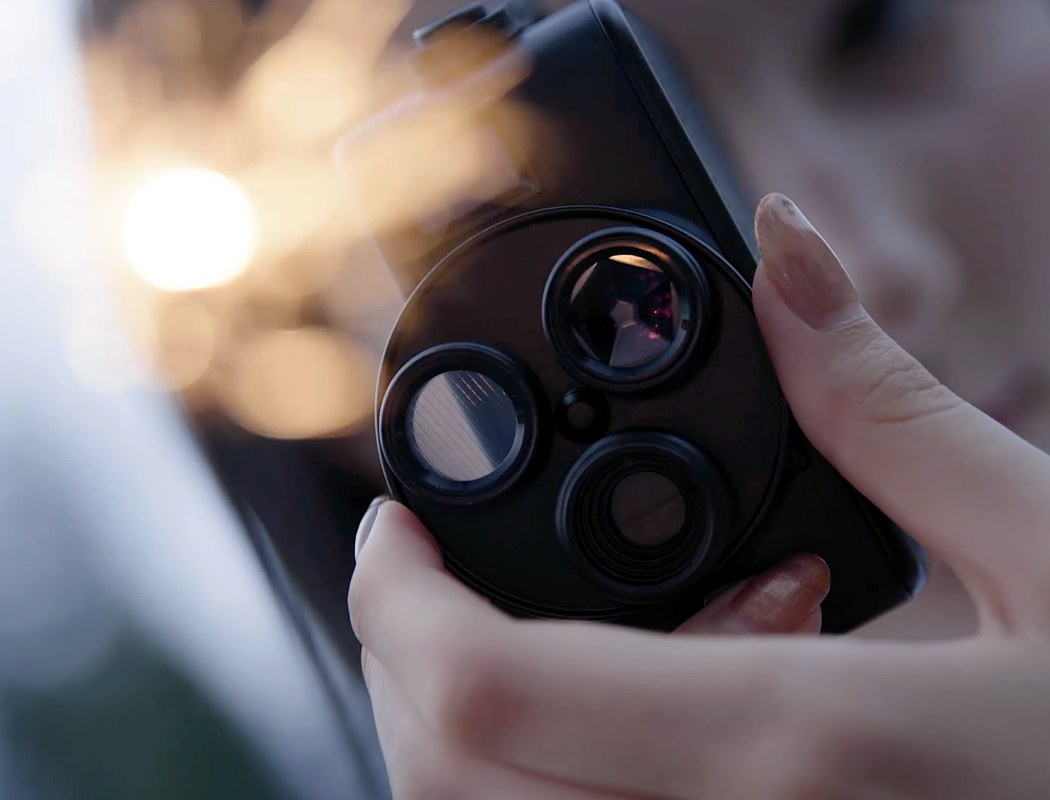 Fragment 8 Retro Camera is inspired by the 8mm home movie camera. They emphasize not only the modernization of the antique appearance, but also the inheritance of the feelings from the film camera. Due to the love of the film, they reproduce most of these film features, through optics and software, into this brand new digital camera. 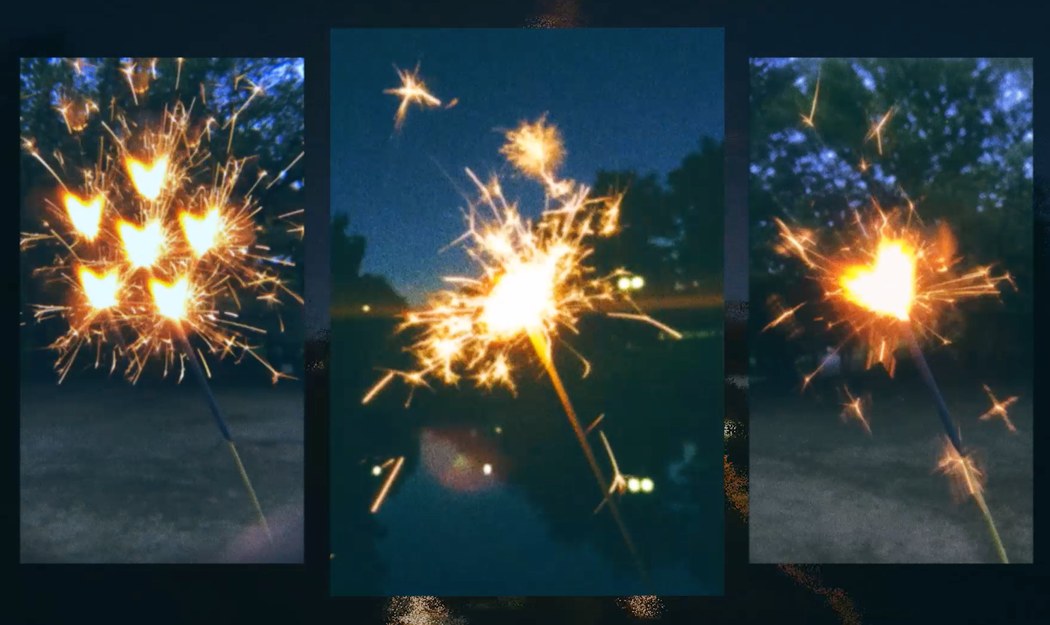 The Fragment 8 Retro Camera embodies the bright and soft appearance of the mid-century classic analog film. With natural tones, subtle color changes and slight discoloration, it makes a video of even the most mundane subject look artistic, nostalgic and well-composed. 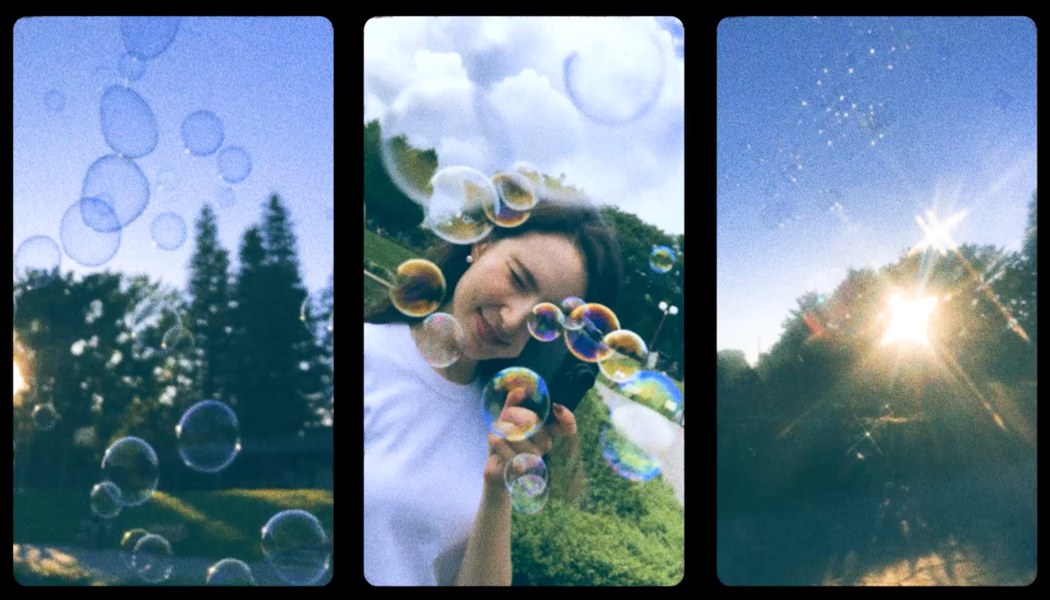 Your story can be shared with friends at a new level with romantic and retro effects. You don’t have to fiddle around with aperture, IOS, or white balance.

Nostalgia – fills your life with unpredictable retro styles beauty.
Easy-to-use – no redundant setting, guides you to tell the story.
Retro 8mm Design – gives you the most authentic photographic experience.
Digitized – captures the old-school style video in a second.
Super Light – only 250g, light enough to be your daily-life partner.
Affordable – a meaningful gift for yourself and your loved ones.

MAX 120s – Count down for each shoot like the real film.

Kaleidoscope Six Lens – takes colorful pictures like a kaleidoscope.
Star Filter Lens – changes the light in screen into a 4-line star point.
Radial Filter Lens – allows you to shoot a radial visual effect.
17mm Mount – compatible with the lens such as Fisheye for the phone.

The Fragment 8 Retro Camera is specifically made to create instant GIFs. The GIF mode is designed to boost your creativity because we know an unprecedented photographic experience is pretty delightful. You can also share the GIFs directly to your favorite social media platforms via your phone or computer immediately.

Instant GIFs – create GIFs like capturing a video.
Looper Effect – a special effect that makes the GIFs much funnier.
Easy-to-share – make all your little moment share-ready.
The Gift in Digital – creative and share the GIF Stickers to your friends.

Spice Up Your Journey with Some Randomness 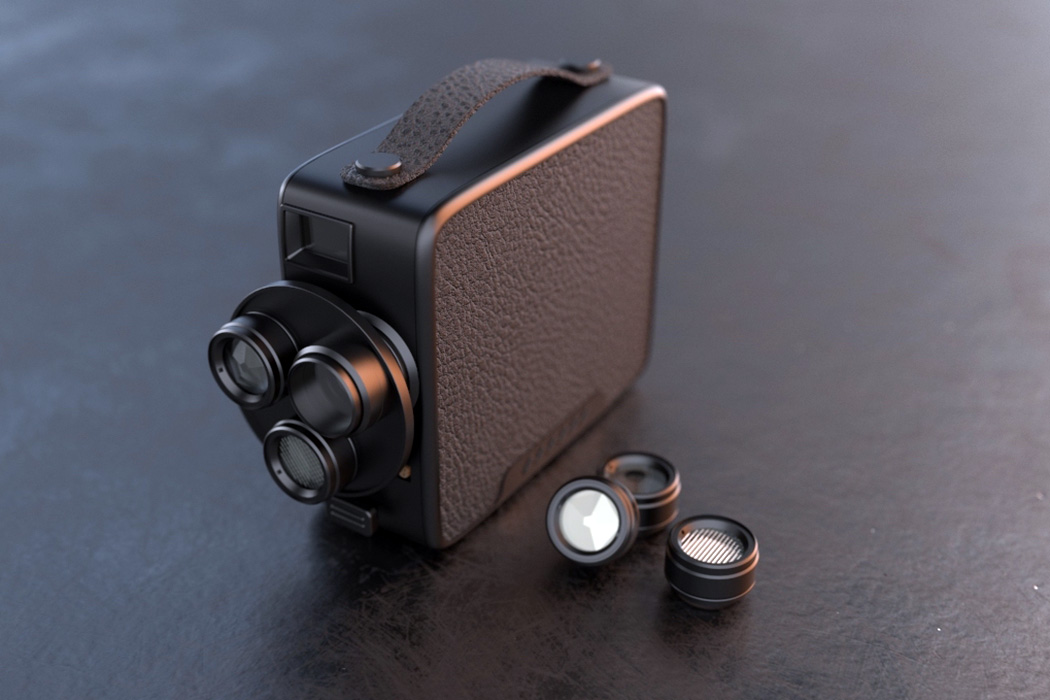 The Fragment 8 Retro Camera utilizes the combination of Glass and Acrylic lens, both intentional and unintentional, to produce texture and color without the precise manipulation of the digital. The unpredictability of it all gives you a chance to suspend calculate, and let “nature” take its course. 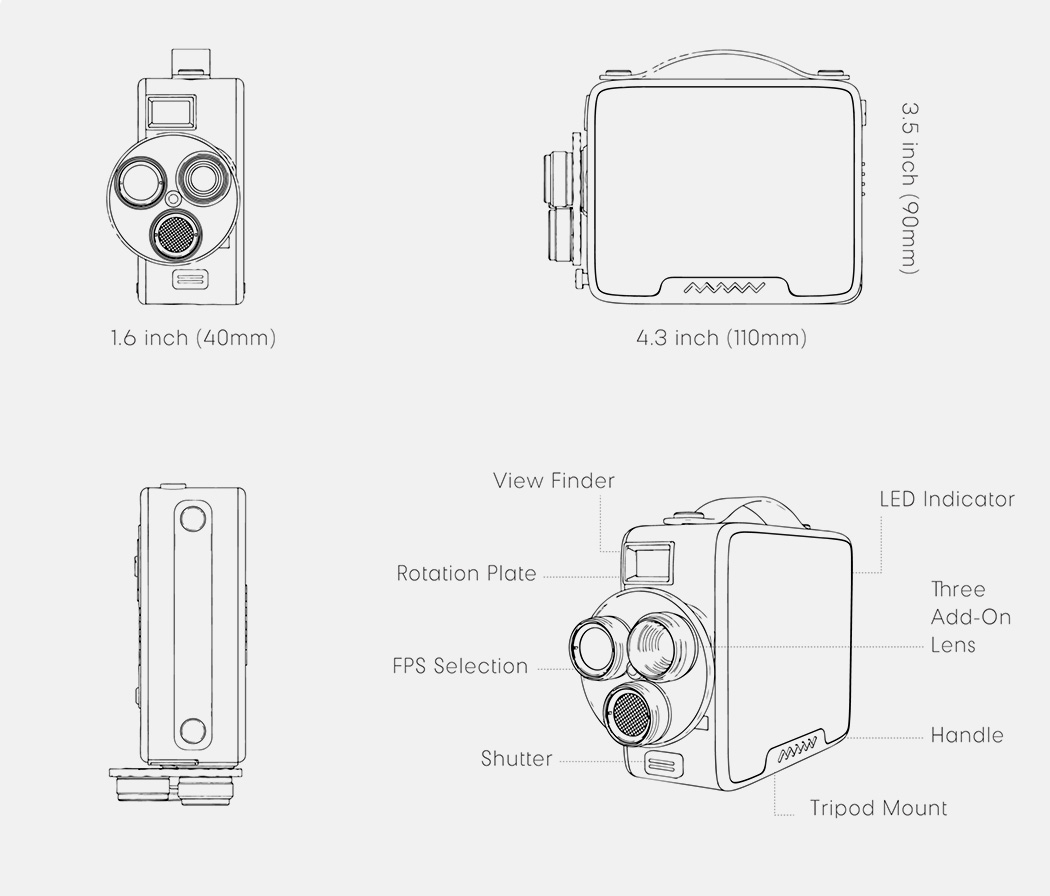 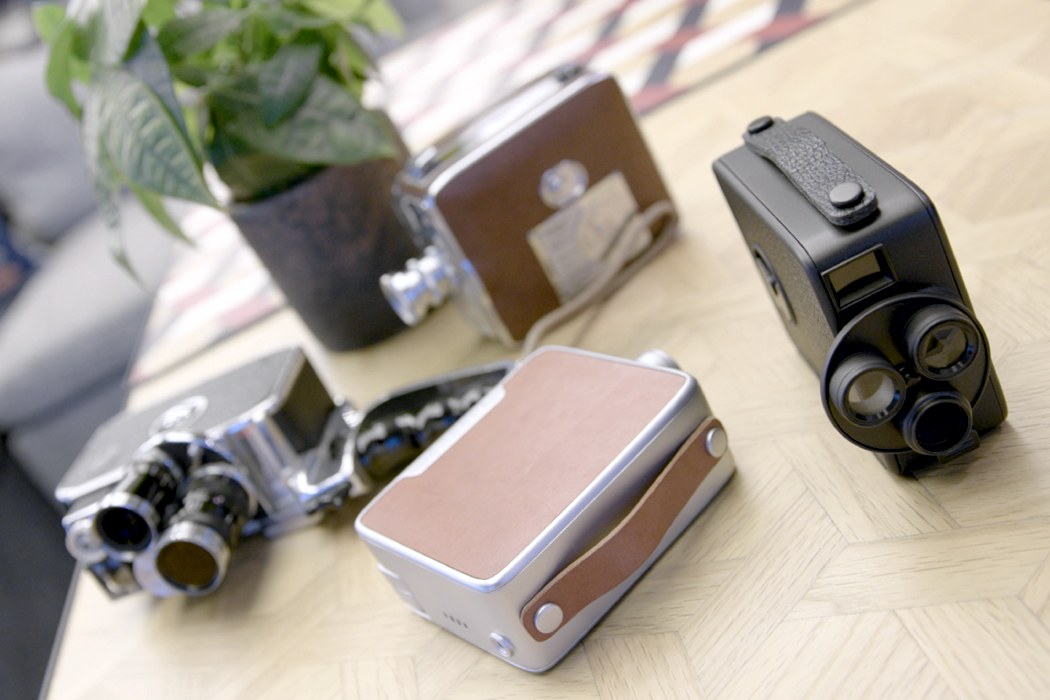 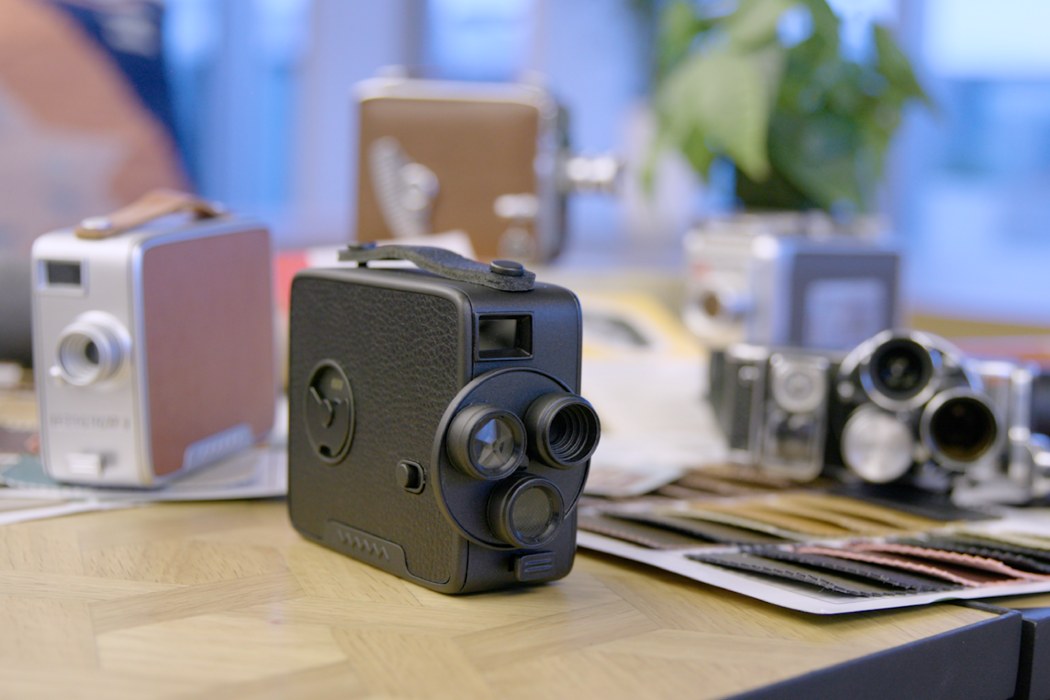 Care to Know What Lucciola Means?

Our Italian friends tell us that lucciola means fireflies and the Lucciola here is an integrated hat, coat and umbrella stand. Love the lights that…

Modular micro-environments that grow with the plants, helping farmers germinate without transplanting!

It’s Not a Block of Wood

Moku might just look like a plain ole’ 4×4, but it’s actually a minimalist product that makes paper rolls for sketching a little easier to…