You know what’s more eco-friendly than a fuel car, and cheaper than an electronic vehicle? Good-old man-power! Countries are slowly and surely realizing how much easier and healthier it is to commute via cycles. You can drive on footpaths, bike-lanes, roads, off-road, you can carry your bike into the subway to cover larger distances, and most importantly, you stay healthy. The only drawback to bicycling is that it’s difficult to spot a rider in low-light settings, and FLECTR’s award winning adhesive reflectors are putting that on the path to change.

Meet the FLECTR 360 WING, from the two-time Eurobike Award winning and German Design Award winning company. The FLECTR 360 WING are superiorly engineered adhesive reflector panels that provide 360° coverage. From wherever a car headlight may hit the bike, FLECTR 360 WING will grab the driver’s attention making the biker visible with a stunning glow. Designed to be mounted on the rims of a bicycle’s wheels FLECTR 360 WING requires no electronics, battery, or upkeep. Their unique 3D form allows them to easily wrap around any bike wheel rim, while the extended wing design offers more visibility than before, keeping bikers safe and avoiding collisions. The FLECTR 360 WING works right out of the box, catching and scattering any light that shines on it. The reflectors come in 2 high-reflection formats, and 4 standard reflection variants in different colors.

Weighing roughly a gram, the FLECTR 360 WING reflectors add safety and visibility to your bike in an instant, without affecting the bike’s performance and aerodynamics, or even without requiring any power-source like a light would. When cycling, the reflectors pulsate as they move around the wheel, grabbing the attention of everyone nearby, keeping you safe, as the cycling keeps you healthy! 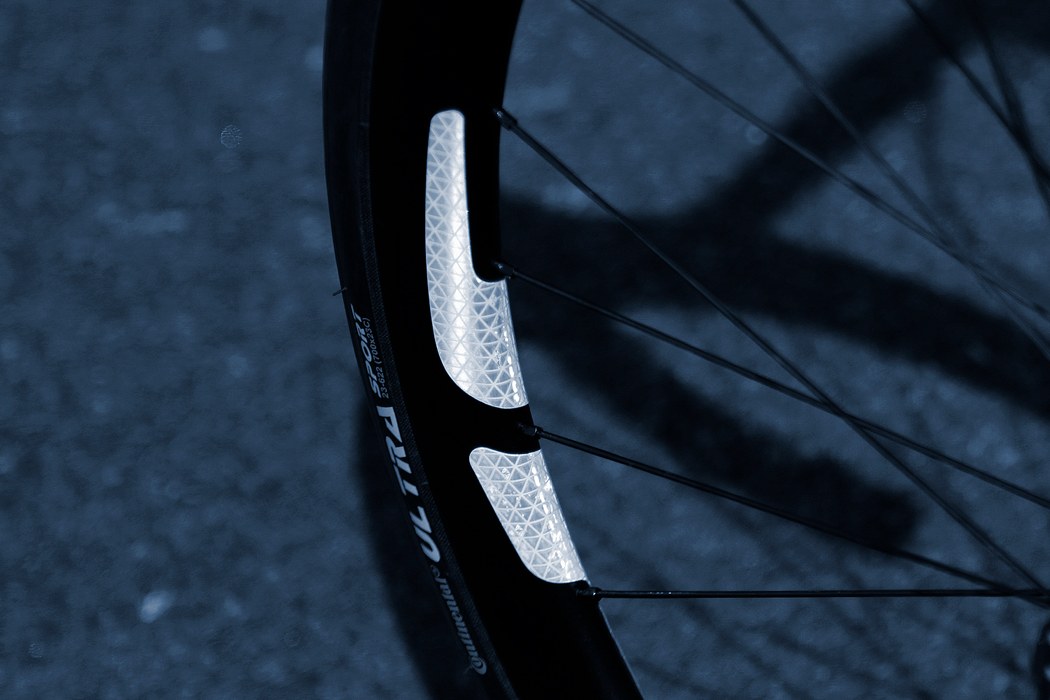 The award-winning wheel reflector with true 360 degrees of reflectivity in a new modern form factor. 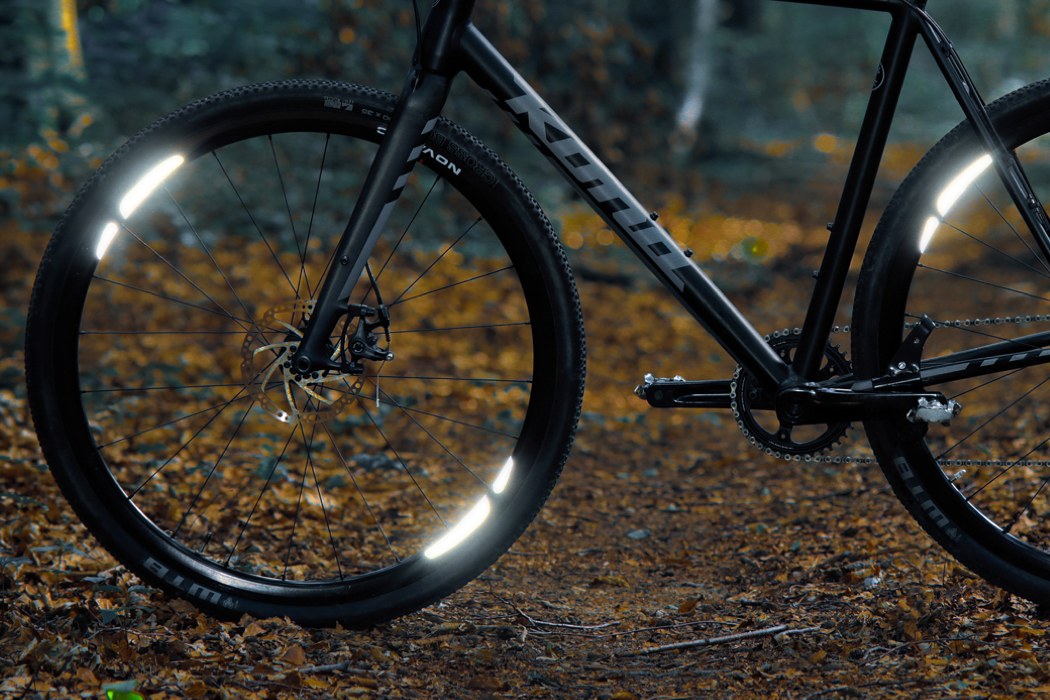 Wherever car headlights are approaching, the FLECTR 360 WING grabs the driver´s attention. 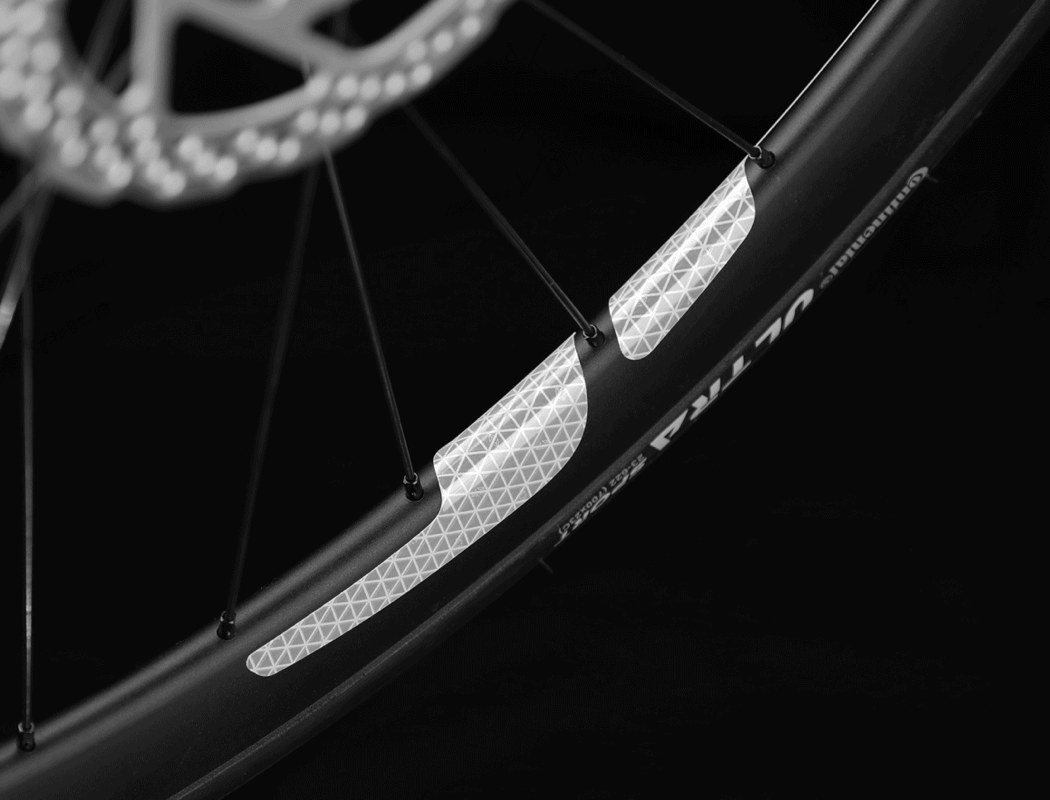 Offers full reflection on every rim – especially narrower rims benefit from this. 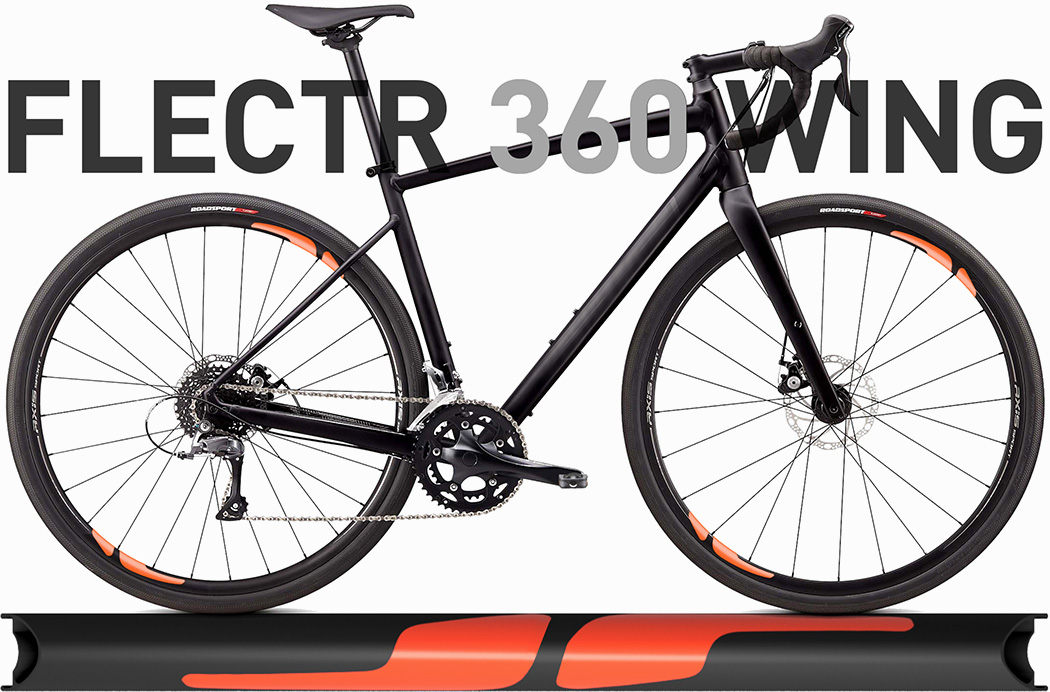 Their two-piece reflector wraps around the rim from both sides and overlaps the rim vertex. Unrivaled benefit: Double & gap-free 360 degree reflection.

Old-school reflectors do their job, but don´t offer the full range of technical potentials. Under sportive aspects – dynamic balance and air drag – they are no go items. 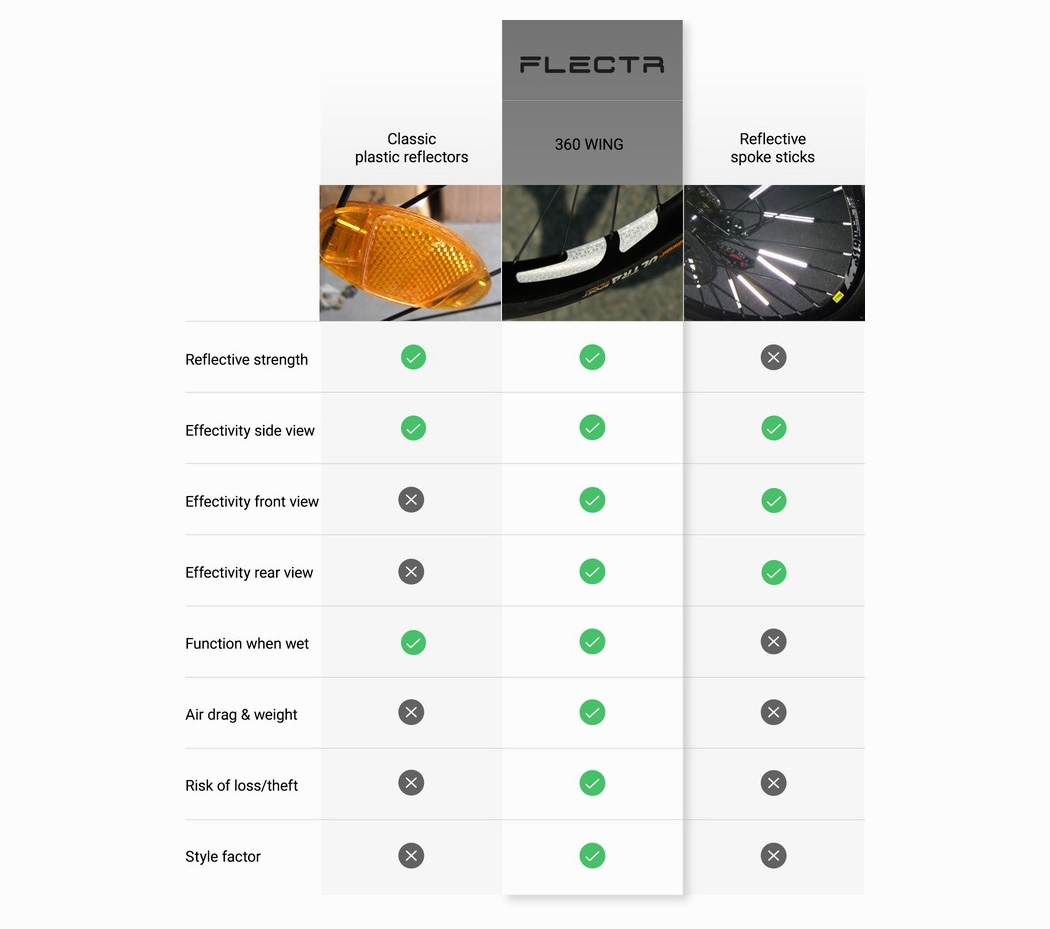 FLECTR 360 WING fits almost all rims, but your rims should have a minimum of sidewall height – recommended dimensions: 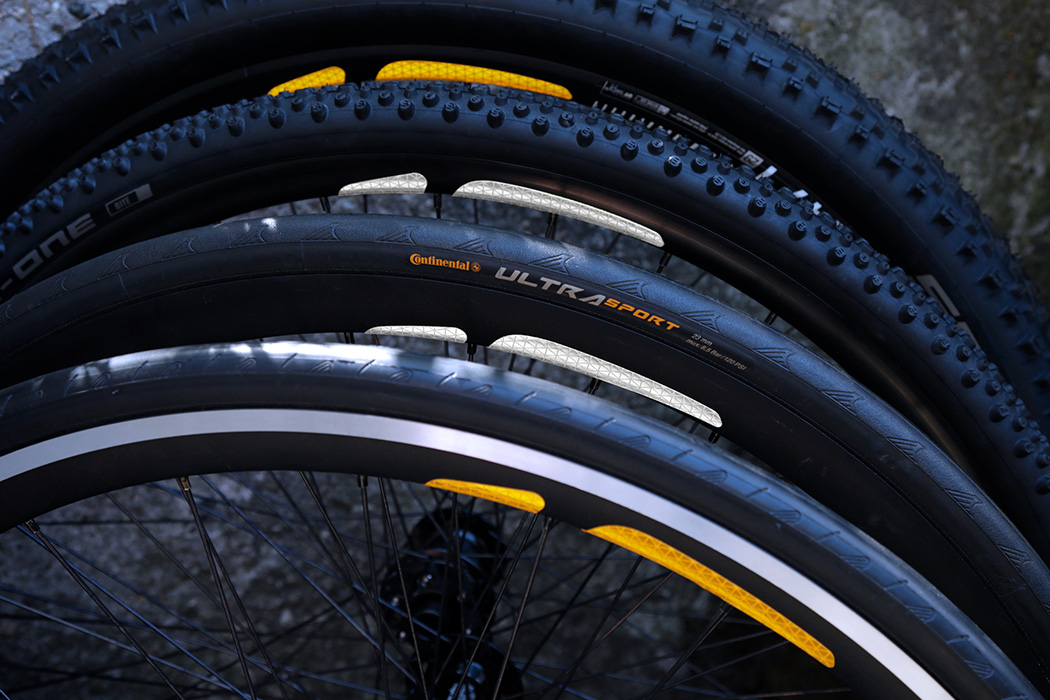 FLECTR 360 WING fits round, square and v-shaped rims with diameters from 26″ and a maximum of 32 spokes. It doesn’t fit children-, folding- or fat bikes. For these bikes we offer FLECTR ZERO – a spoke mounted reflector. 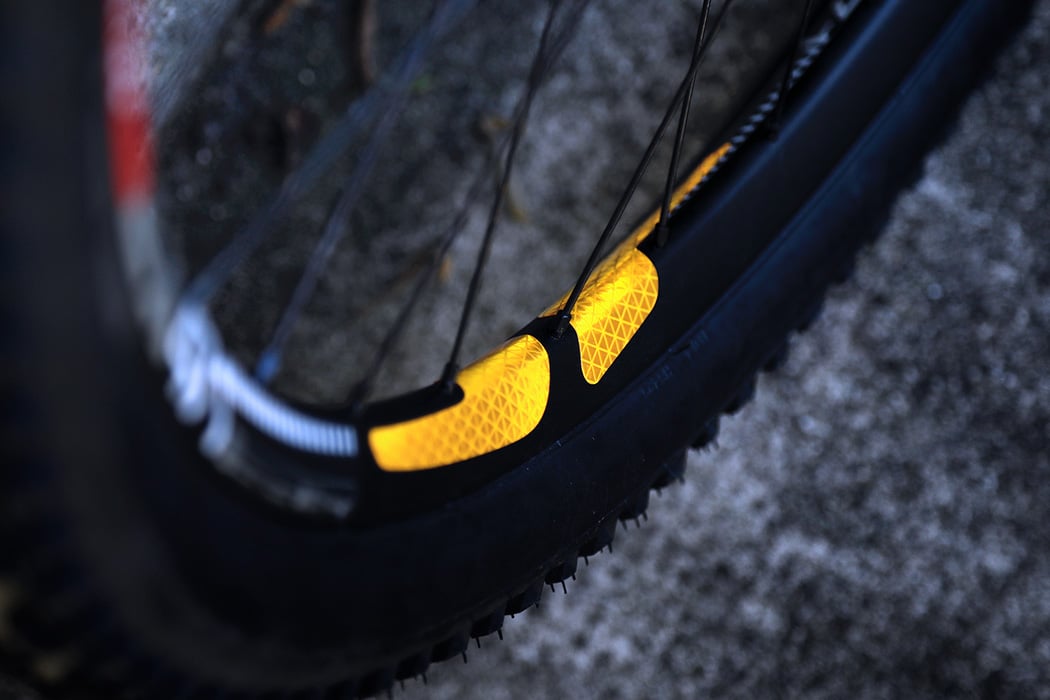 Simply mount these reflectors within a few minutes. As a single reflector, as standard in many countries, or for full reflective power as a double set. 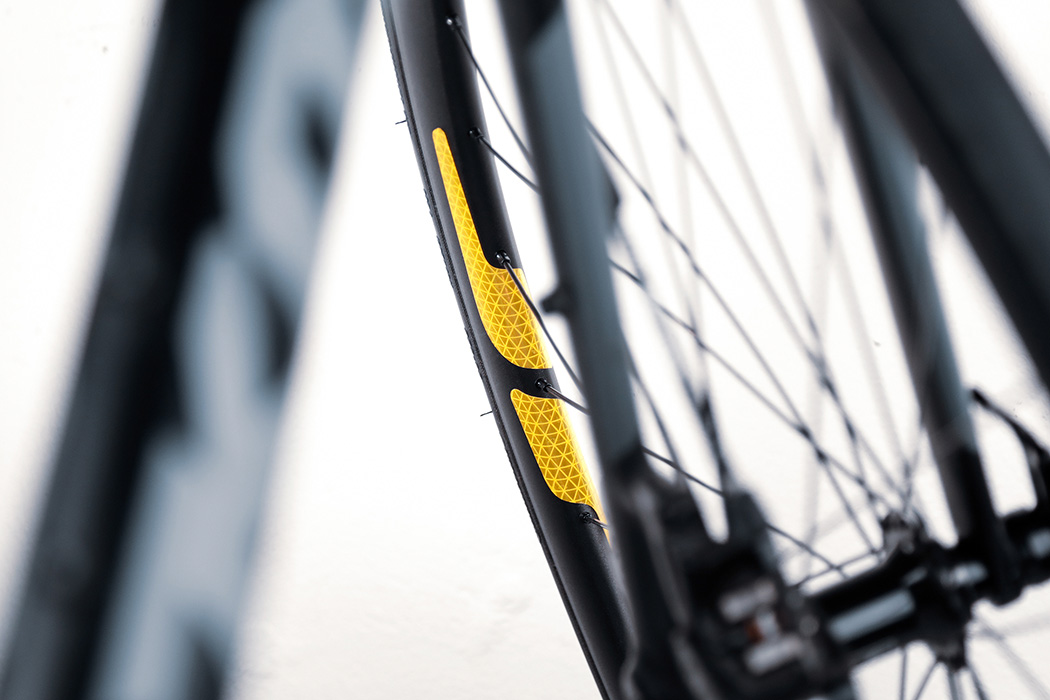 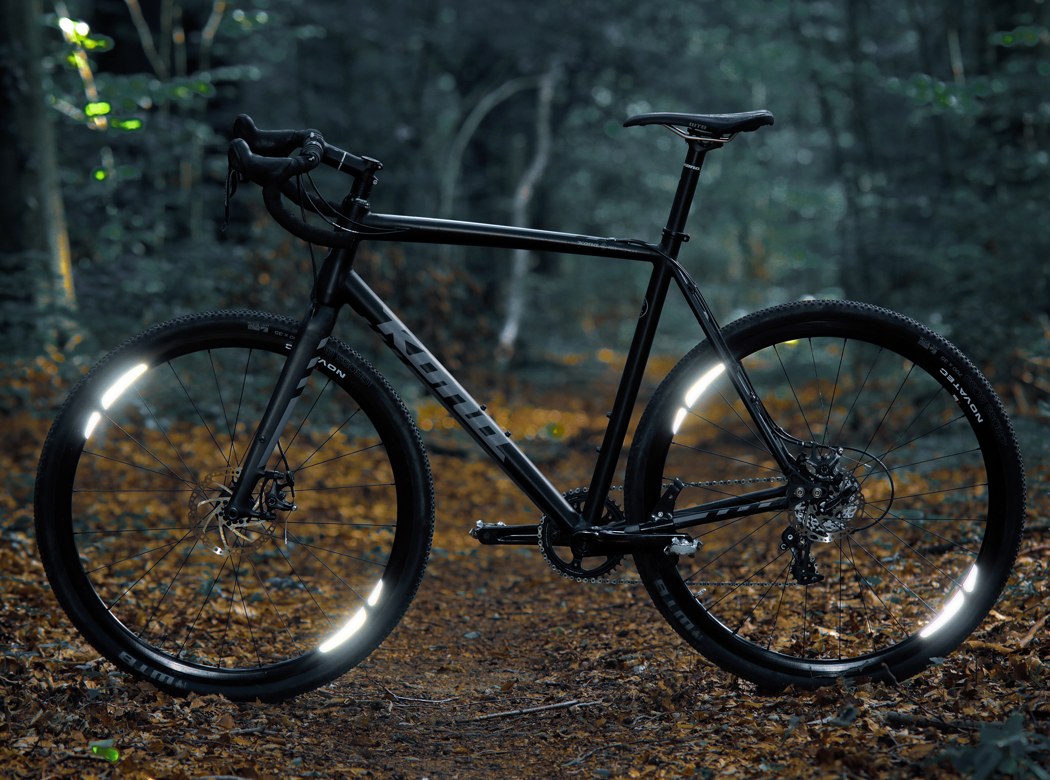 I am a big fan of designers that are proactive in putting themselves out there in the spotlight. It takes a good dose of courage…

How Skeletal can an H Bike Be?

Made to be above all minimal. Should I be funny and just leave that one sentence as a description? Nay! Naw! Heck naw! Let’s talk…