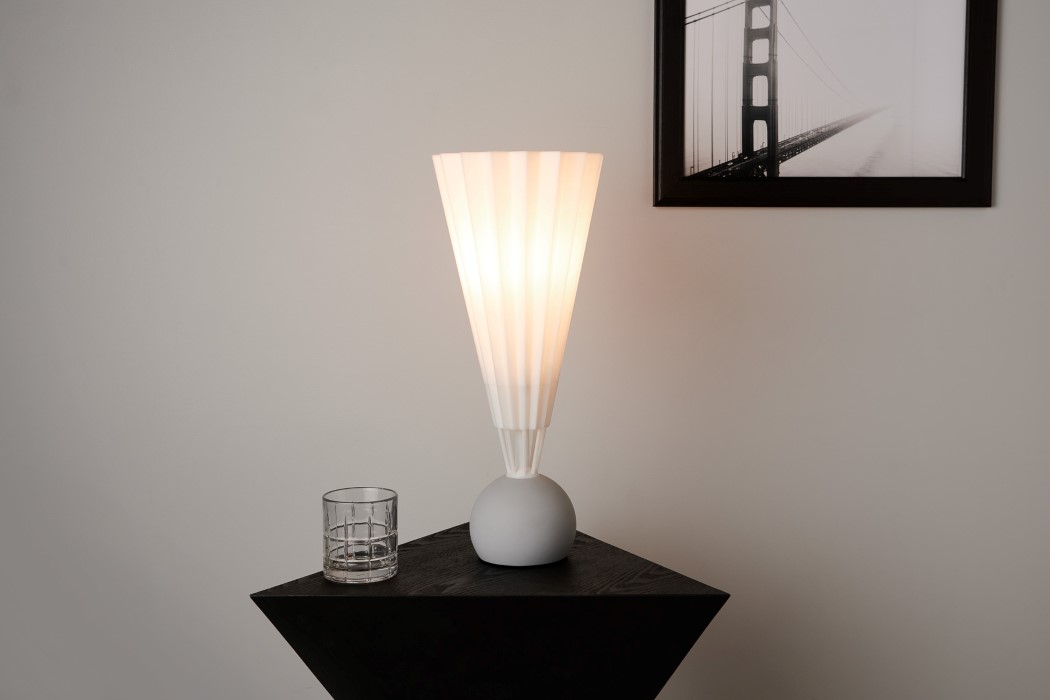 Looking quite like an elaborate tissue box (that was before I learnt that the Konus was inspired by a shuttlecock from the game Badminton), the Konus lamp leaves quite an impact. Its base is soft and rounded, its top is jagged like an inverted umbrella, and together, they both look half-soothing, half-fun, and just really interesting. Created for Gantri, the Konus is 3D printed in entirety out of biodegradable PLA, and comes fitted with a warm LED light on the inside.

Raphael Pangilinan of Konus Design made the first version of Konus two decades ago as a teenager in the Philippines. “I didn’t have a lot of money, so I improvised using driftwood or pieces of metal. I first made Konus using bamboo, eventually moving on to hand-woven abacá fiber,” he says [image at the bottom]. “I never manufactured it on a large scale because it would have taken forever, but now 3D printing lets me do that.”

Konus is just a really fun lamp to have, for its simple yet different form. The base of the lamp, unlike most lamp bases, isn’t pot-shaped but is rather a complete sphere. Sitting on top of it is an un-traditional form too. While most lampshades have a trapezoid shape, Konus flips that shape upside down, making it wider on the top, and much longer. The result is a lamp that’s just fun to look at, whether it’s off and looking like an abstract sculpture, or on and casting a cozy, warm glow across the room. 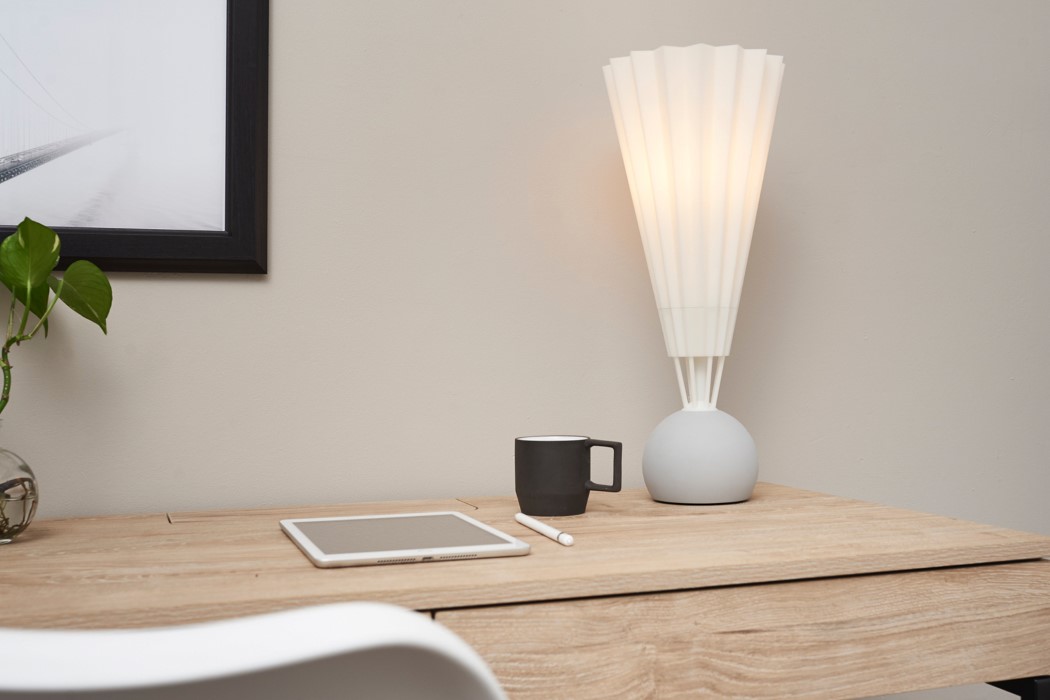 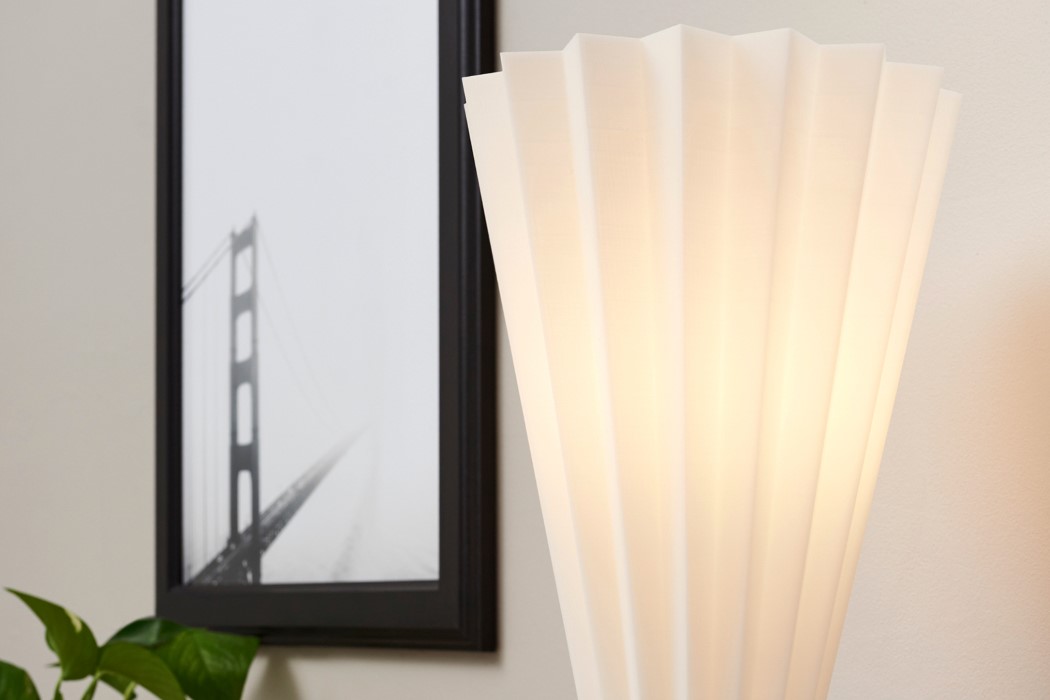 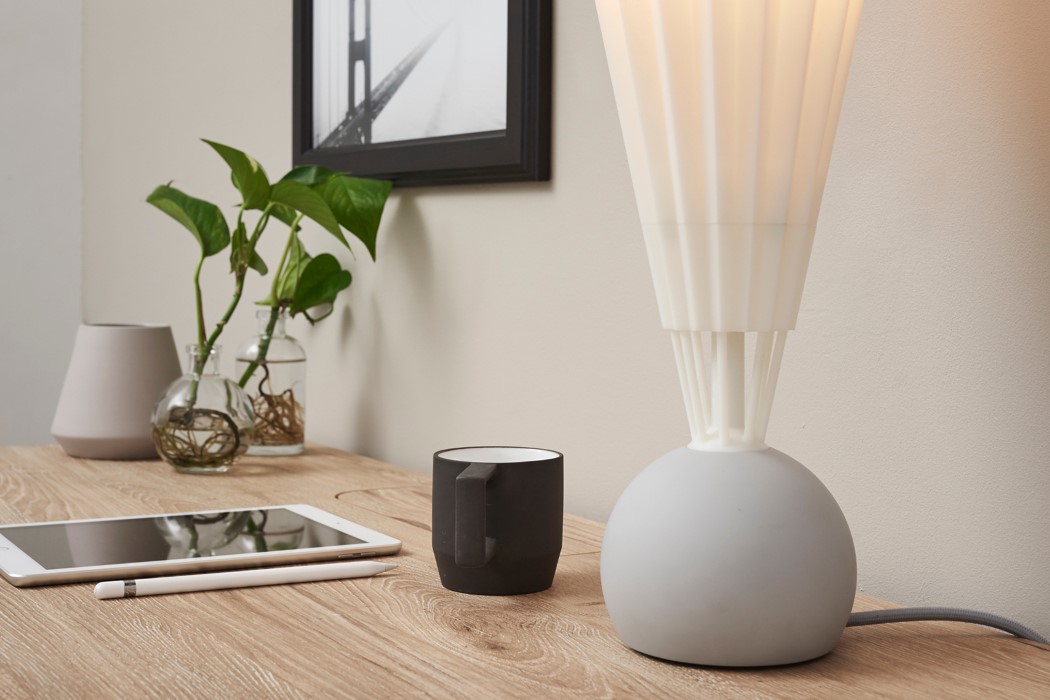 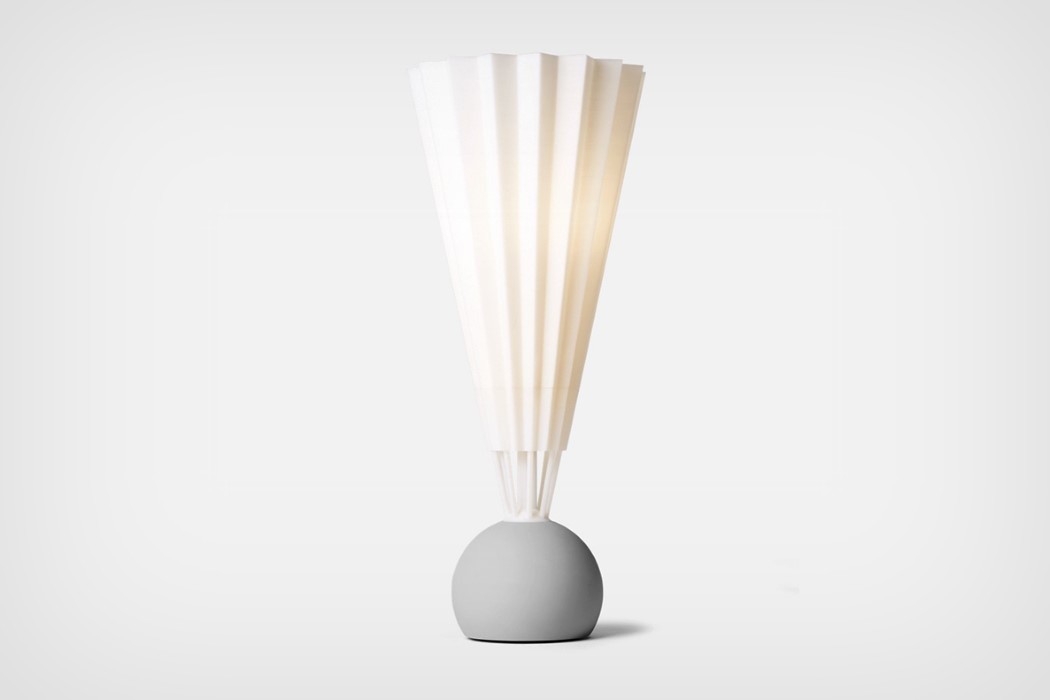 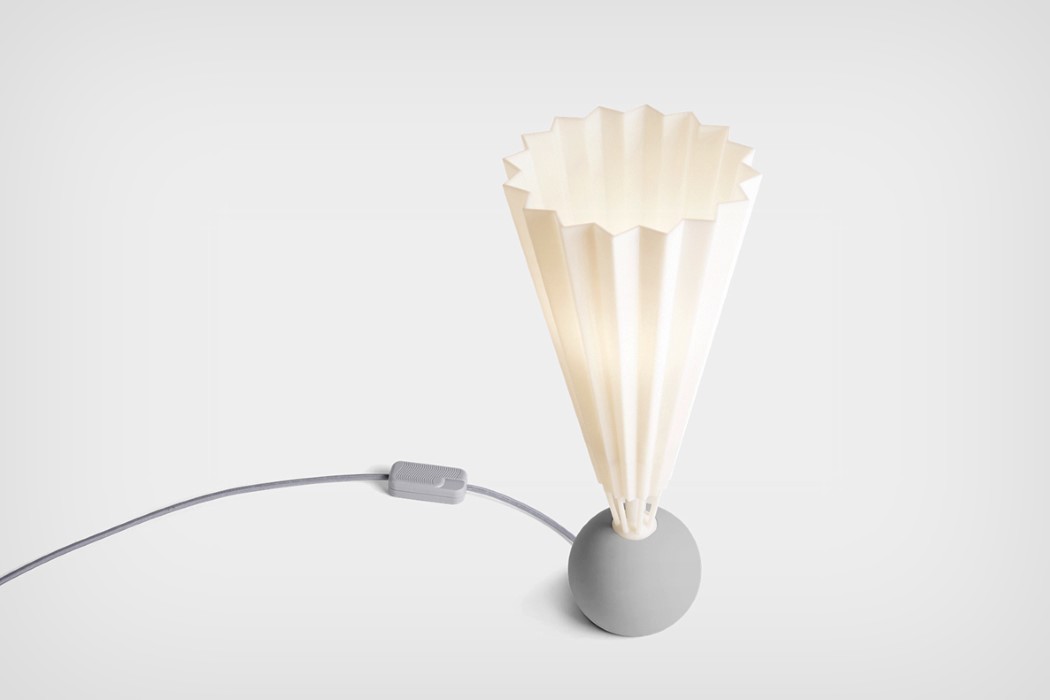 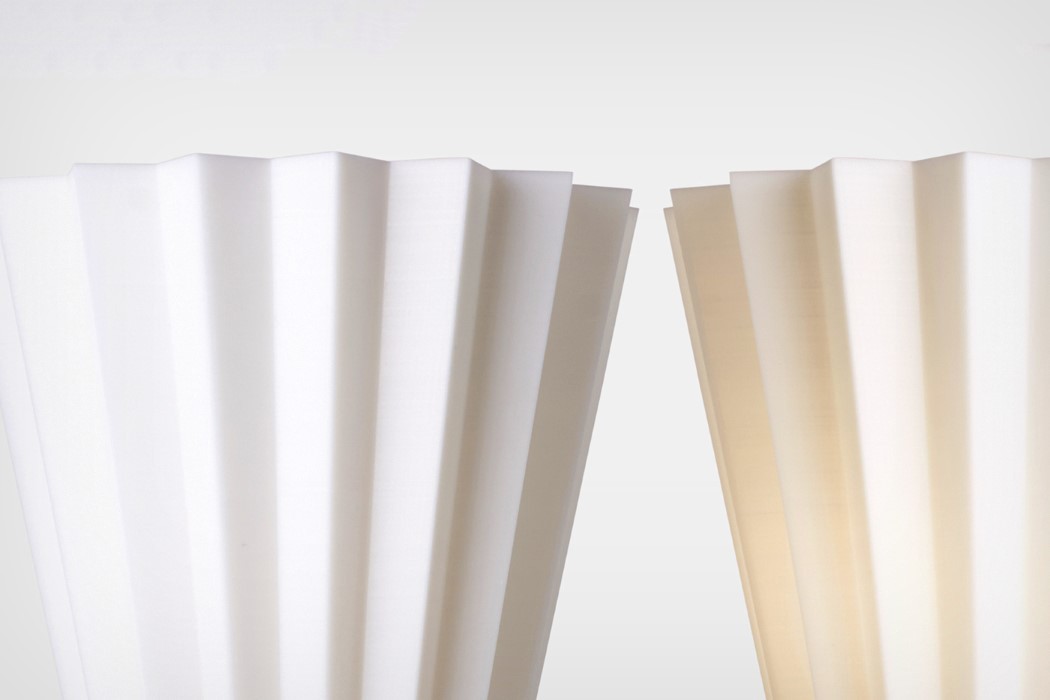 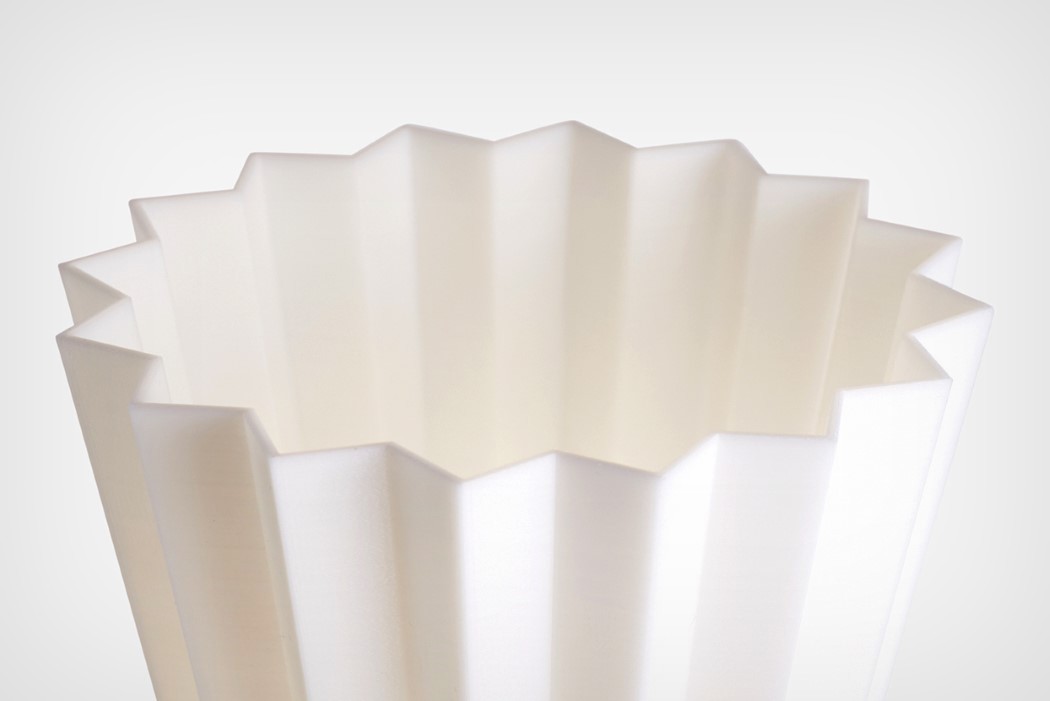 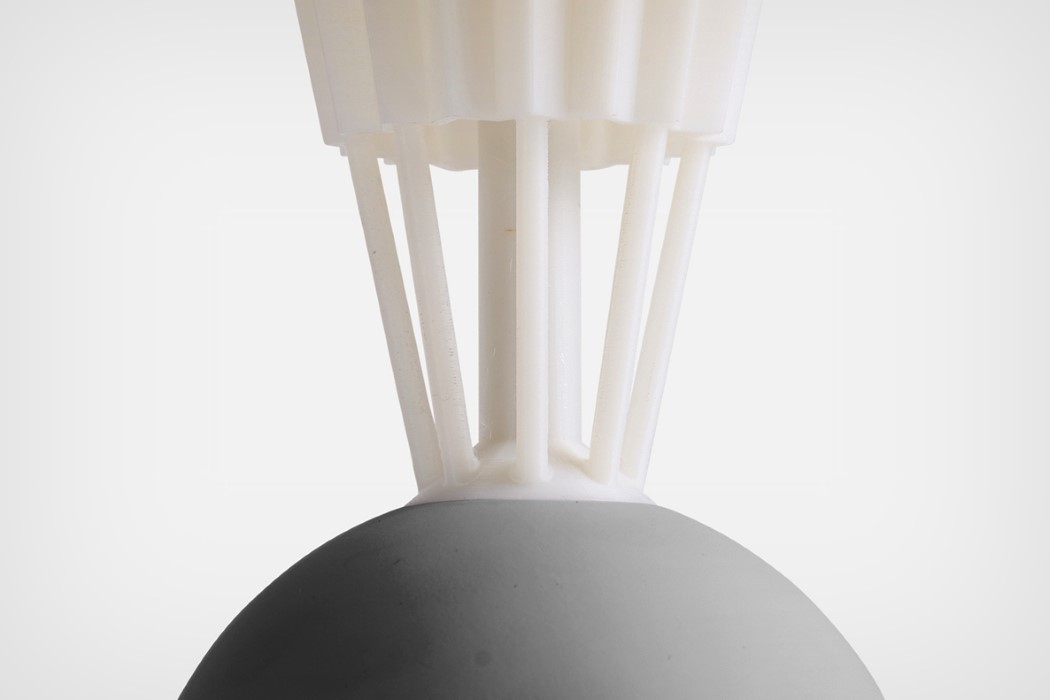 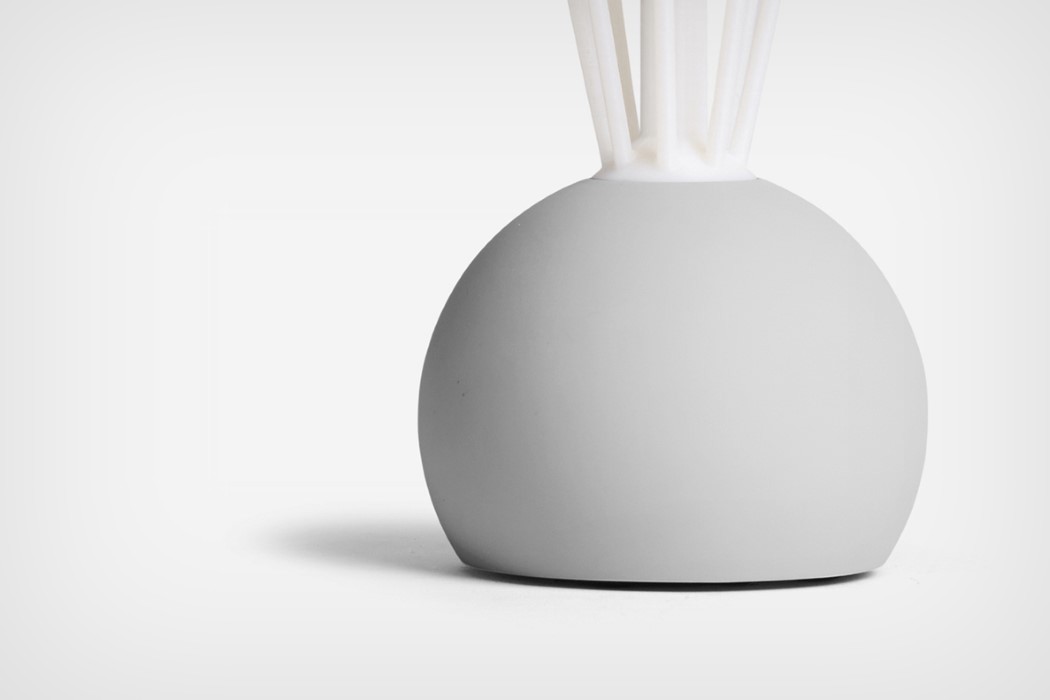 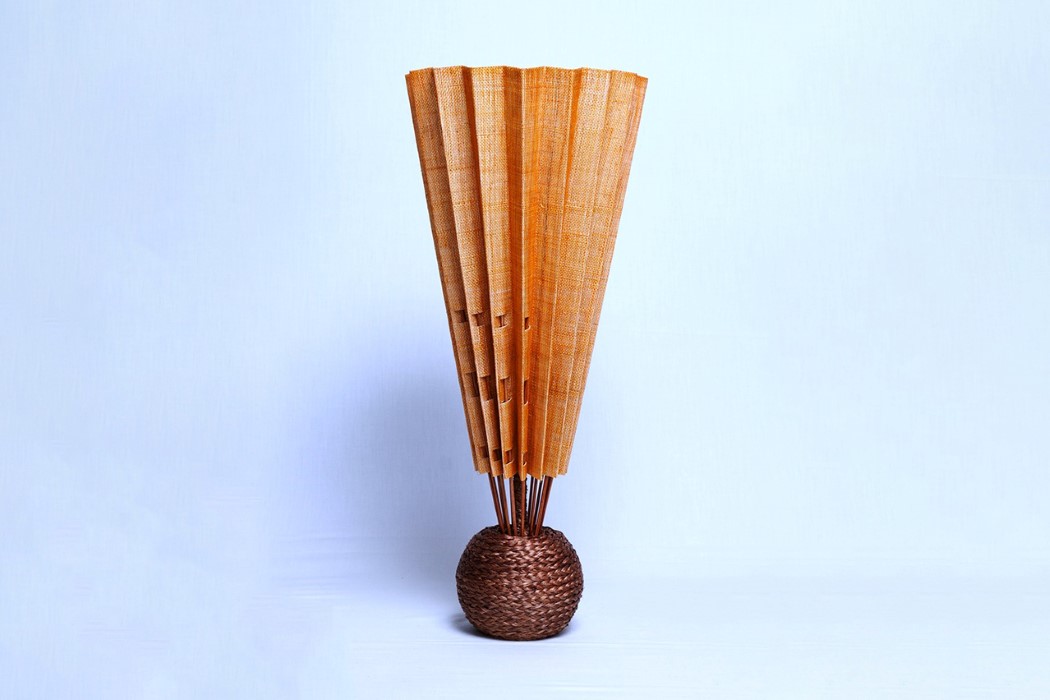 An early iteration of Konus before it was adapted for 3D printing.

Despite its structural footprint, Shift is unbelievably designed to be flat-packed! To get so flat, the shade is made of perforated metal sheeting covered in…

Note design studio presents a set of spherical lamps on top of wooden bases, each of them inspired by the tiny organisms that spring from…

The Houdini of Air Purifiers

This living room looks quite lovely, right?! That’s because there aren’t any unsightly appliances to kill the vibe! Little did you know, there is an…

Somebody get this lamp a cheeseburger!