Solar panels haven’t changed much in the past 60 years, but Krystal Persaud, the mind behind the Window Solar Charger, feels that people still haven’t globally adopted solar power in a big way. Solar power and the panels, often find themselves being used on rooftops, powering buildings and homes, or on things like backpacks, aiding people who love traveling. The regular, sit-at-home guy still doesn’t actively interact with the solar panel in a personal capacity, and the Window Solar Charger hopes to break that barrier. “Using renewable energy doesn’t have to be hard”, says Krystal, and the Window Solar Charger helps demystify the technology in an incredibly simple and useful way. Just hang the Window Solar Charger on a sunny window and you’re done! The panels absorb power through sunlight and top off the charger’s internal battery. You can directly plug your phone or tablet in, and the battery begins topping off your smart device, turning power from the sun into power you can use!

The Window Solar Charger isn’t a high-flying, mysteriously designed product either. The solar panels sit on a transparent platform, surrounded by a bamboo wood frame. A cotton cord on the top allows the charger to be hung from a hook either on a window, or even on a wall that gets ample sunlight. A 2,200 mAh internal battery gathers and stores the solar-power, helping you top off your devices using a USB output on the base of the charger. The Window Solar Charger can be used right out of the box, and is the first in a series of products designed by Krystal’s studio Grouphug, to help democratize solar power, which can be used not just on a macro level, but even in small households and offices, to charge your phone, tablet, or even perpetually power your smart-speaker, smart-doorbell, or closed-circuit cameras! 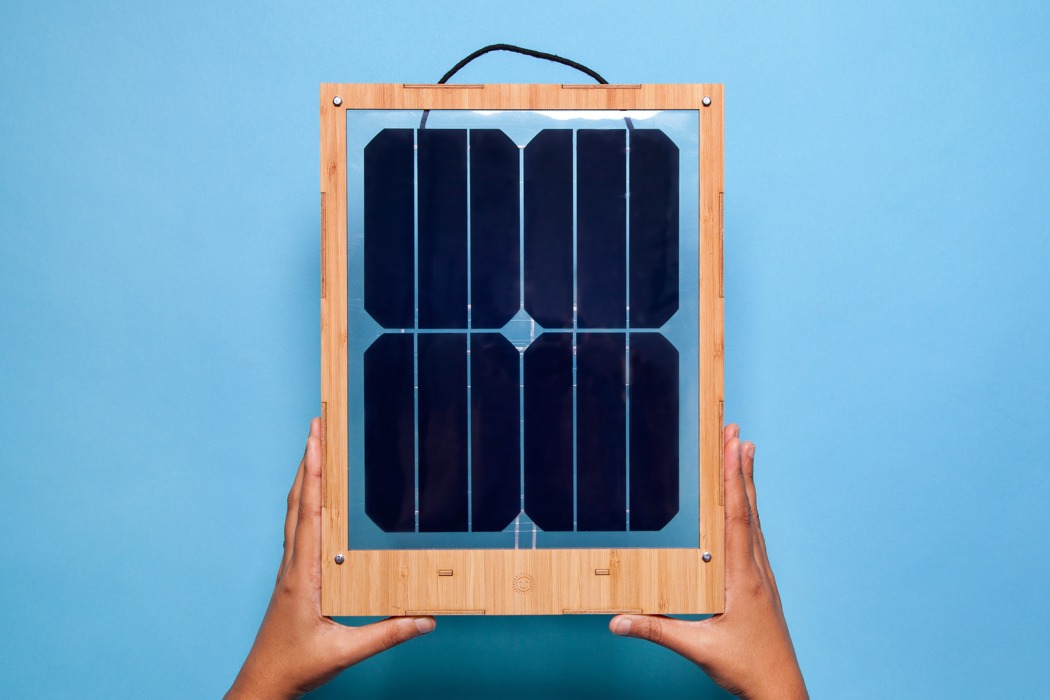 A designer solar panel for people who want to be more sustainable, but don’t know where to start. 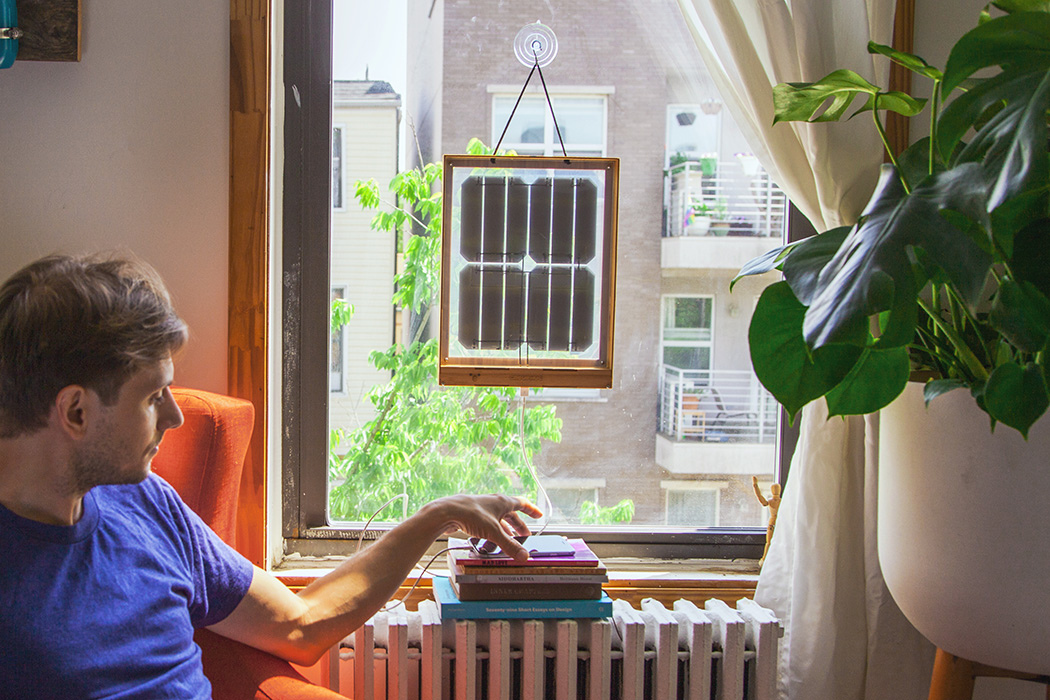 Unlike most solar panels, it’s designed to hang in any window. Now you can bring solar energy into your home, without sacrificing design.

Hang in any sunny window. It takes 8-10 hrs of direct sunlight to fully charge the built-in battery.

Plug your phone or USB device into the included USB port. A full internal battery can charge iPhones two times & Android phones one to one and a half times. 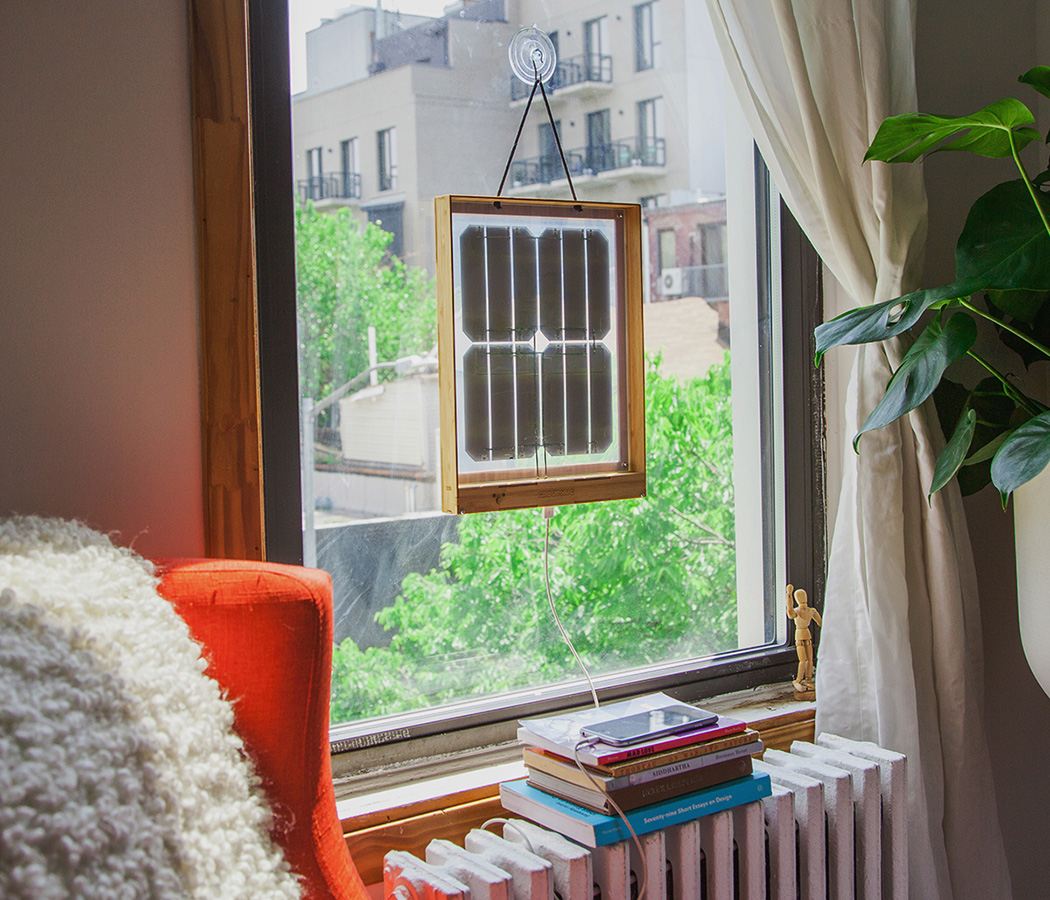 At Grouphug, the mission is to inspire a sustainable lifestyle that is effortless, without sacrificing design. There is a world where renewable energy can be user friendly, and ridiculously good looking! And most importantly, they’ll reduce your reliance on fossil fuels. We’re not going to be able to go off the grid overnight, but we can take steps to getting there. Their patent pending Window Solar Charger is just the first of many Grouphug products that will shift the way we think about consuming energy.

First, they researched the history of solar energy. The first commercial solar panel came out 60+ years ago… and it looks EXACTLY the same today. Why?!

Next came oodles of prototypes! (Left) One of our earliest prototypes taped to a window. (Right) one of many failed solar prototypes that they made along the way.

They develop all of their prototypes at A/D/O, a maker space in Brooklyn. They have every tool you can imagine AND they’re only 5 minutes from the legendary Peter Pan donut shop (donuts fuel prototyping). 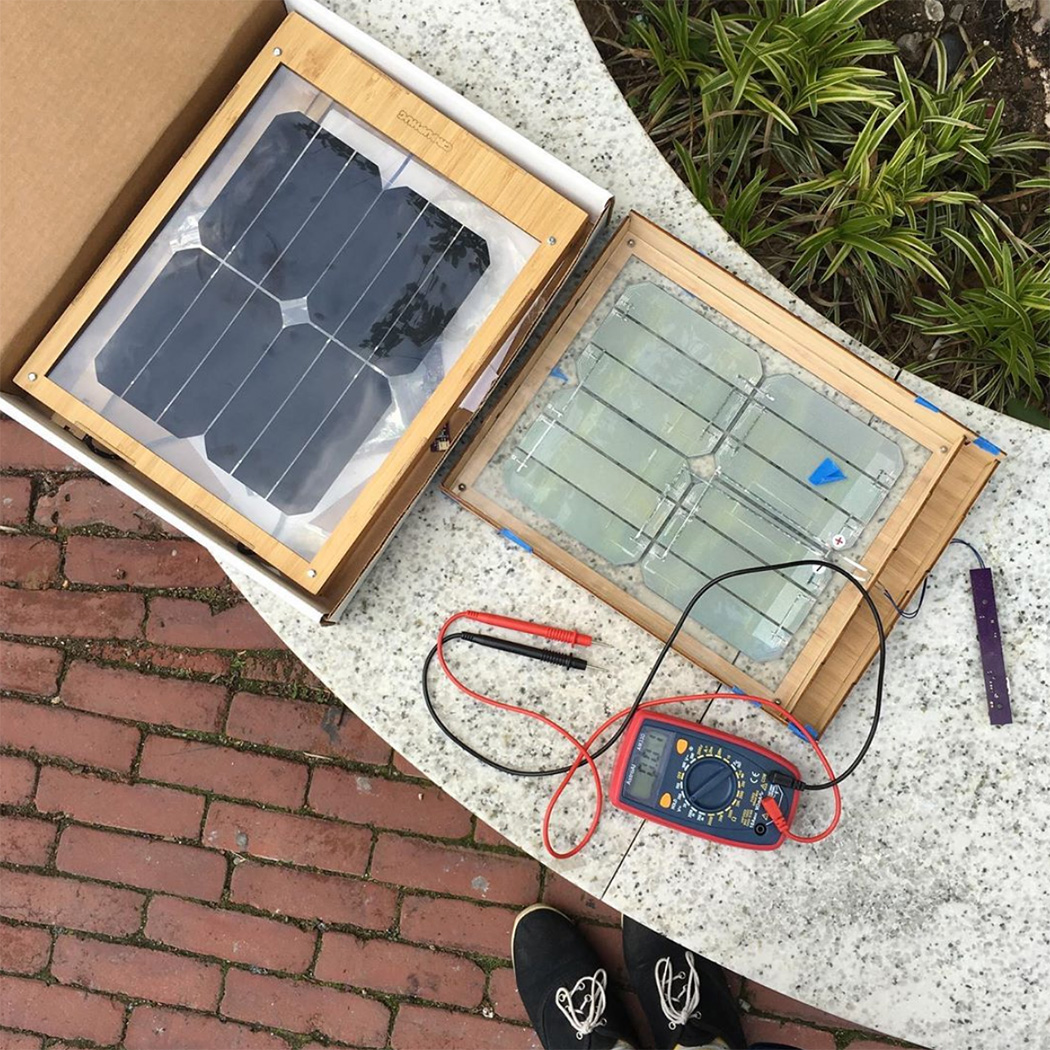 Then they built some beta solar chargers & had people try them out! Their early customers have been using the Window Solar Charger for a few months & give us feedback on what is working or not working. 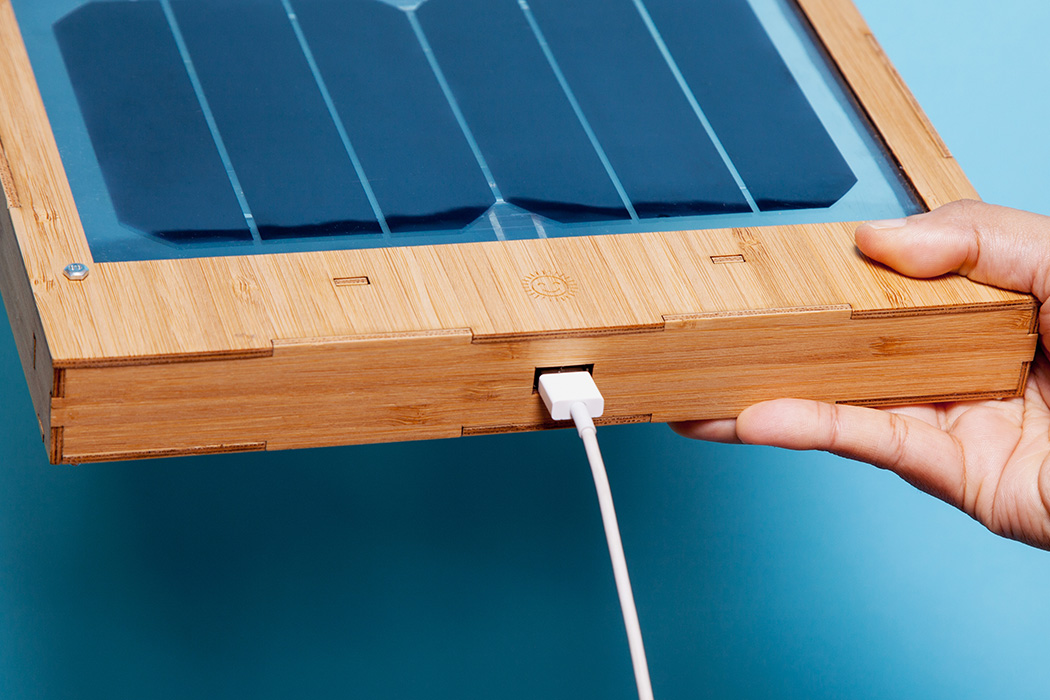 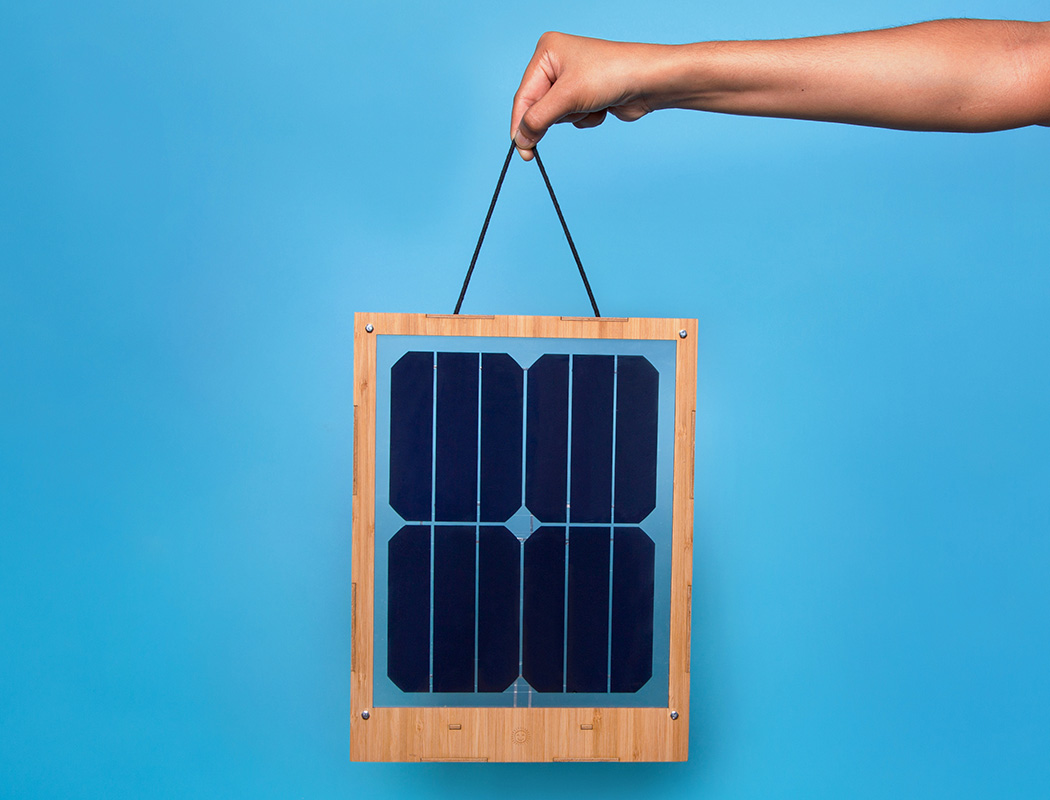 Flasso is specifically intended for countries like India, where milk is usually sold in packaged plastic bags. Glass milk bottles are redundant here and the…

A Burning Desire to make Art

Any Photoshop users? Remember the Burn tool? You can own one now! FEBO is a literal burn-brush that allows you to paint with sunlight! Using…

A smartwatch with three displays sort of makes sense

The smartwatch has a tonne of purposes, but ultimately, it has one (or maximum two) core functions. The fact that it replaces the watch means…