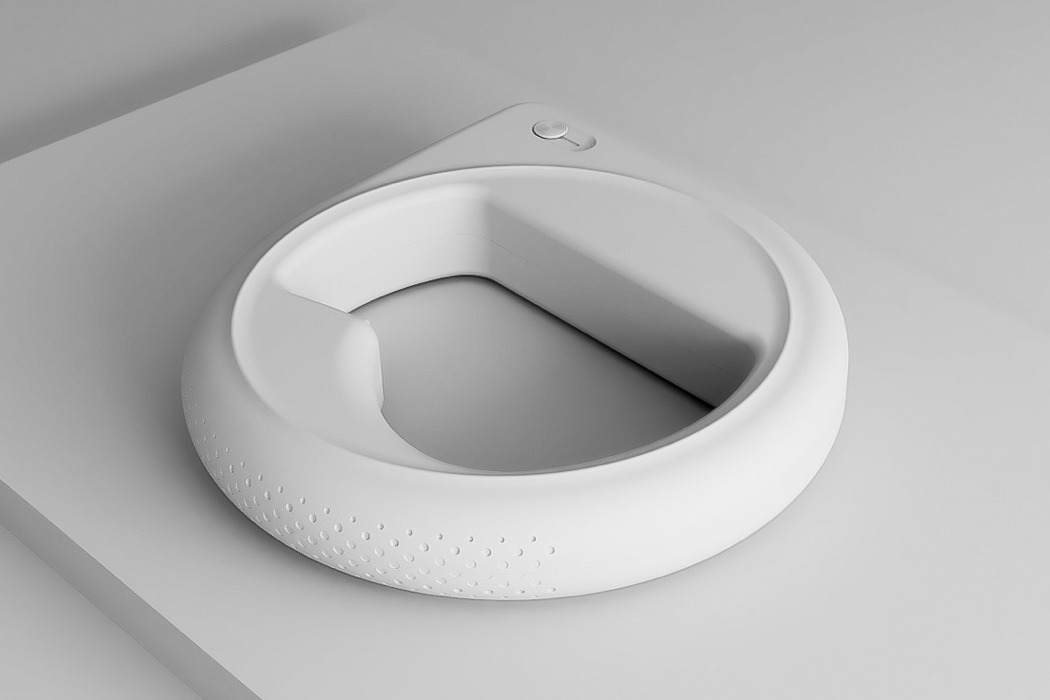 Despite being a fundamental accessory for dog-owners, the extendable lead still carries significant flaws that impede on the safety of both the dog owner and their four-legged friend. Amble and its series of safety-addressing features offer a solution to these issues, whilst also carrying a form that elevates the appearance of what is conventionally a rather mundane product.

Amble increases safety by encouraging the user to be more engaged and aware of the location of their dog; a revised braking system operates in the opposite way to a conventional lead, as squeezing the trigger releases the break and forces the owner to be aware of where the dog is traveling. The tape itself also plays a significant role in increasing safety, through both the visual indicators of the pin striping, and the audible feedback as it passes through the ‘clicker’.

This, and more, is all housed within a compact and sophisticated form that is sure to grab the attention of passers-by. 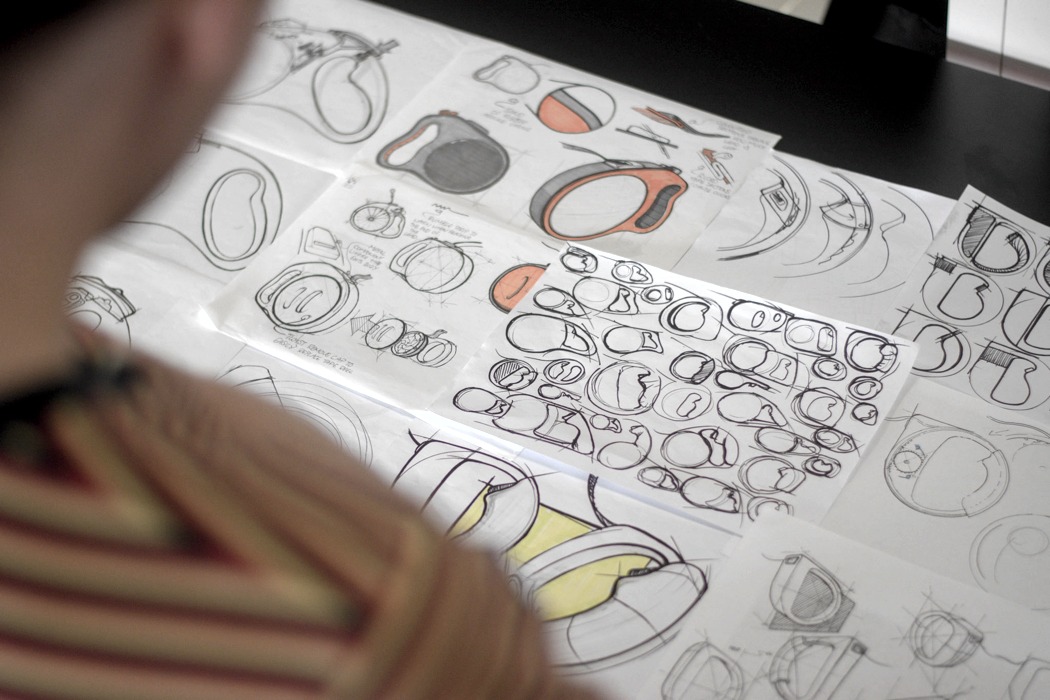 The ideation process led to a substantial amount of sketches being created. Starting from initial thumbnail sketches and continuing through to in-depth development eventually saw Amble’s final form coming together. This was finalized through a combination of sketch modeling and rapid prototyping. 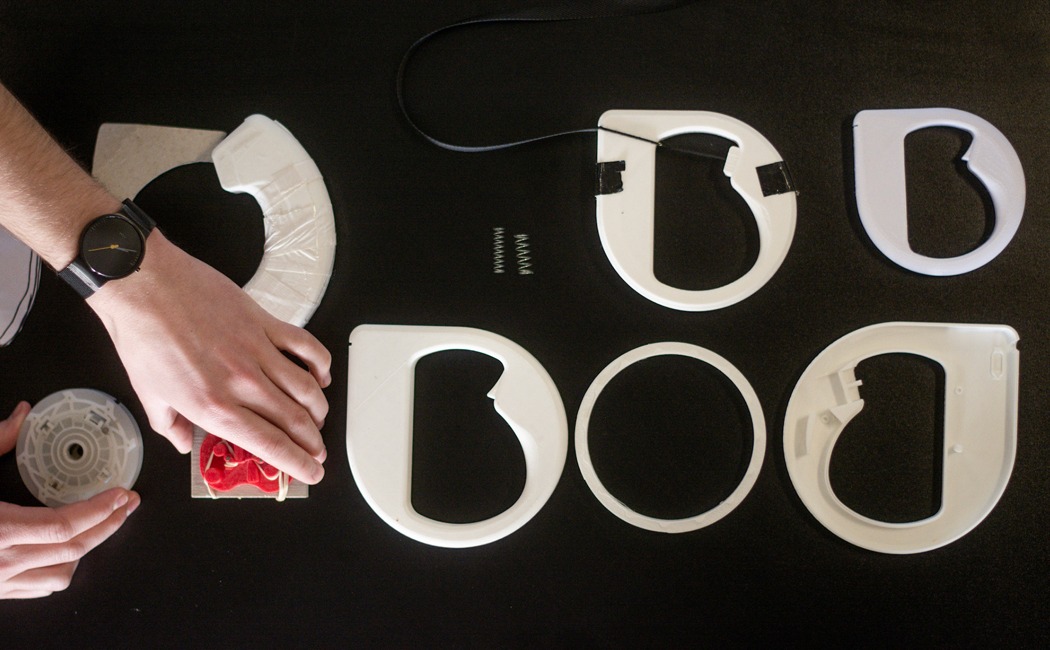 Starting from cardboard mock-ups and progressing through to more refined, 1:1 scale models, the ergonomics were continuously tested to ensure for a comfortable user- experience when using the device. 3D printing allowed for multiple iterations of the device to be created rapidly.

The Clicker mechanism, housed just before the tape exit point, provides audible-feedback on the leads movement; it is argued that extendable leads offer a degree of lack-of-control that is often caused by the user not understanding or realizing the distance that the dog has traveled away from them. The tape features folds which, when passed through the Clicker, make the user aware of the dog’s movement. 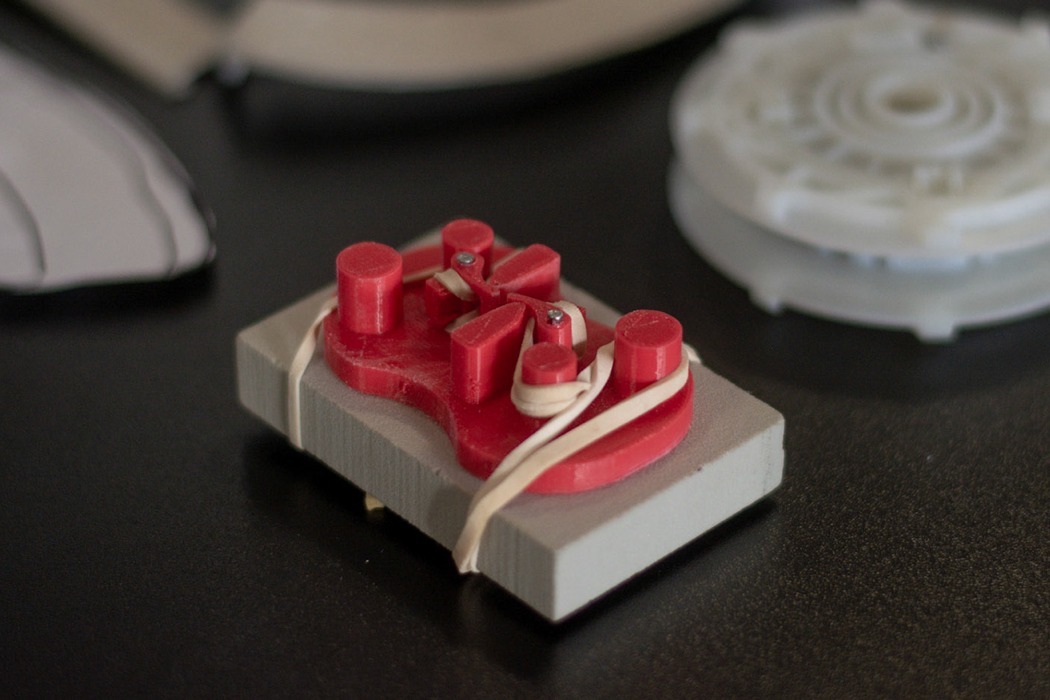 The tape has been split into three distinct sections that are identifiable by their colored pin-stripes. A bungee section is present at the end of the reel. Unlike traditional bungee leads, which can never offer a complete stop as the dog is still able to stretch the elastic, Amble allows for a harsh stop when braking, but a soft stop when the lead is fully extended, minimizing the risk of injury to both the owner and the dog. 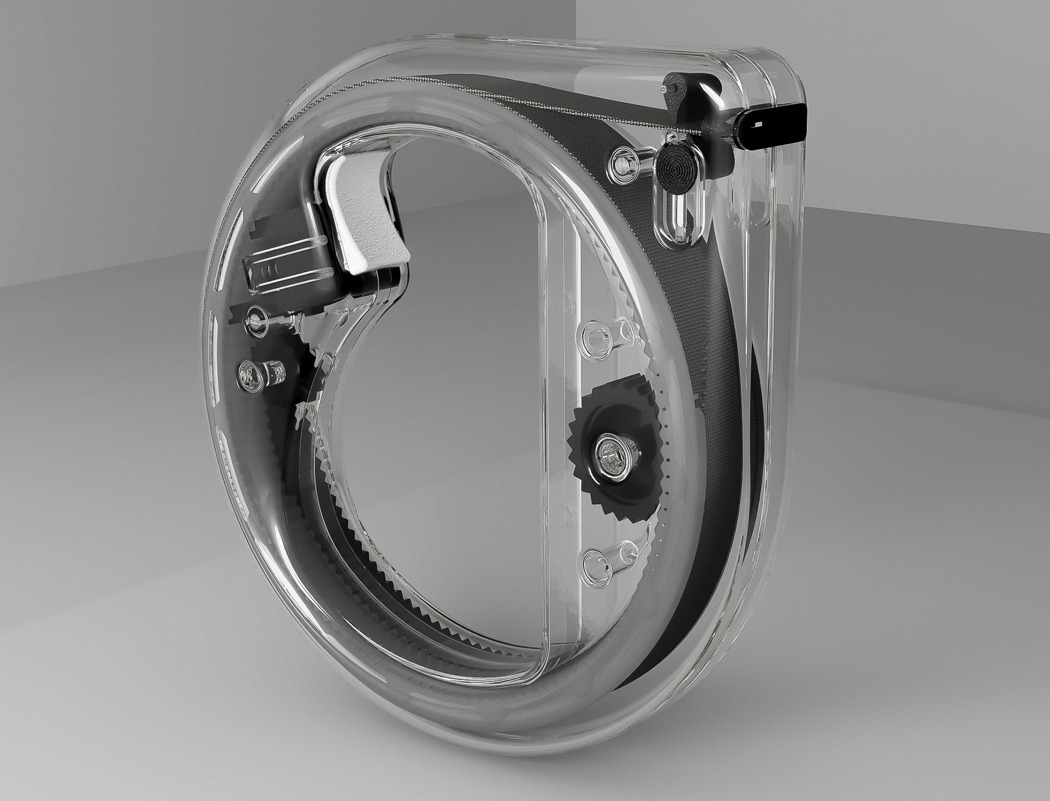 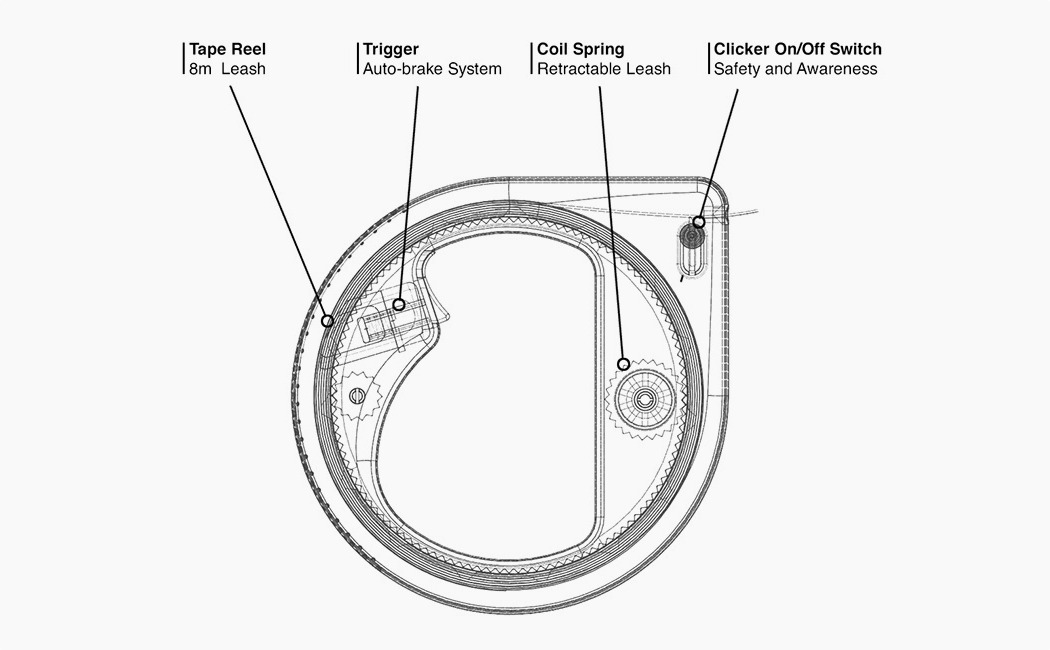 The inner components have been carefully configured to use the space efficiently. The image above shows the Auto-Brake System; rather than pressing the trigger to set the brake, which is the case with traditional leads, Amble uses a revised trigger that releases the brake when pressed. This engages the user and makes them aware of how far their dog has traveled. 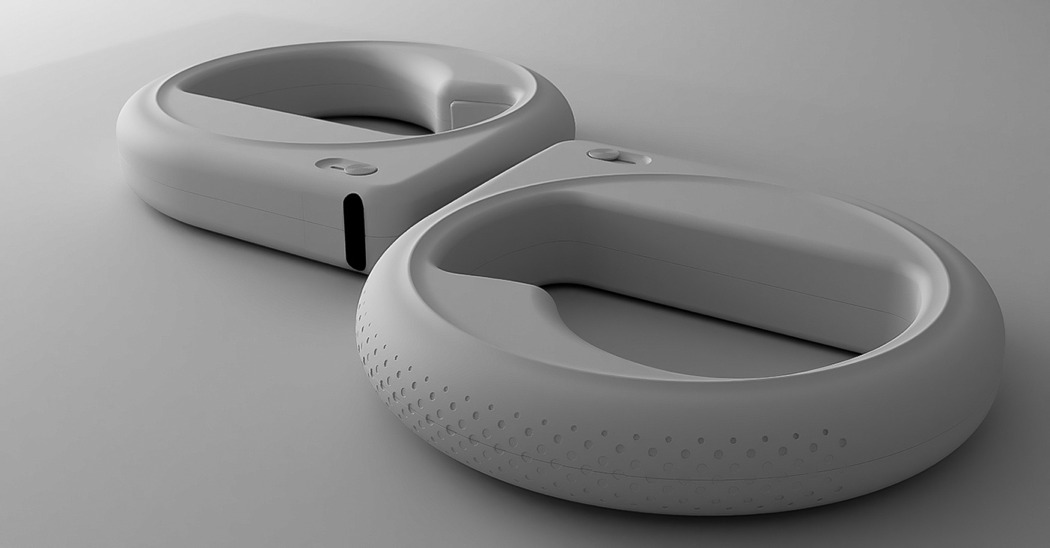 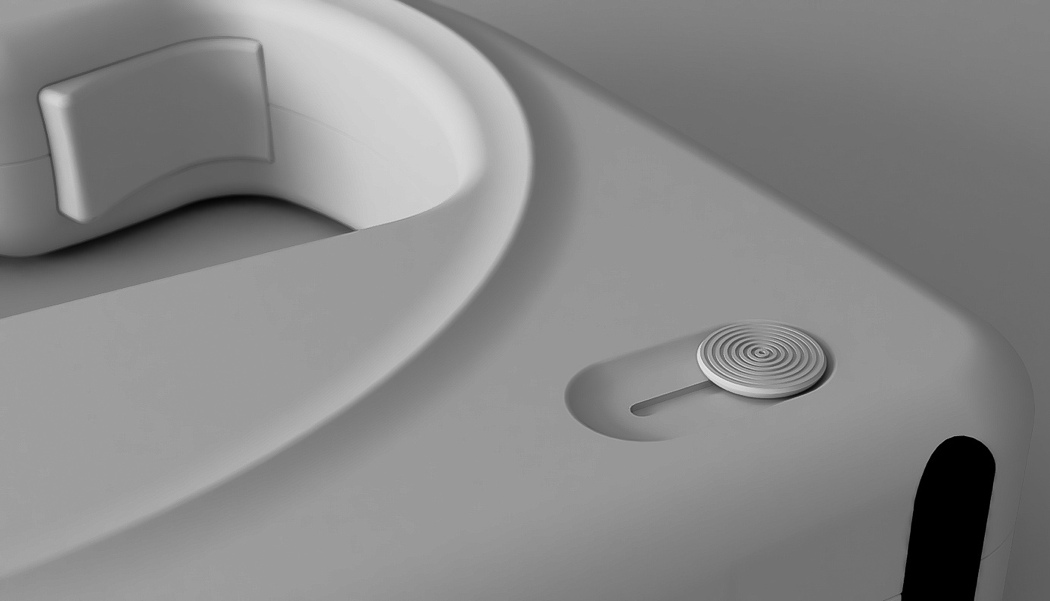 The clicking mechanism can be turned on/off using the only button on the facade of the device. This may be desirable as the user grows in confidence. 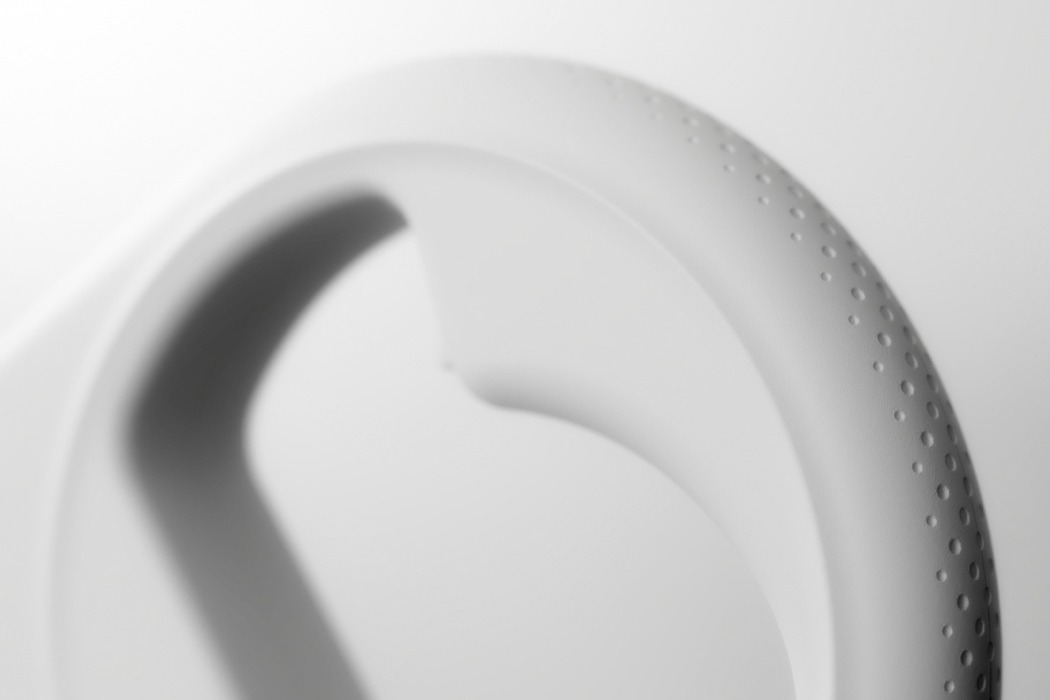 The subtle surface detailing indicates the hand position to the user, whilst creating a tactile surface. 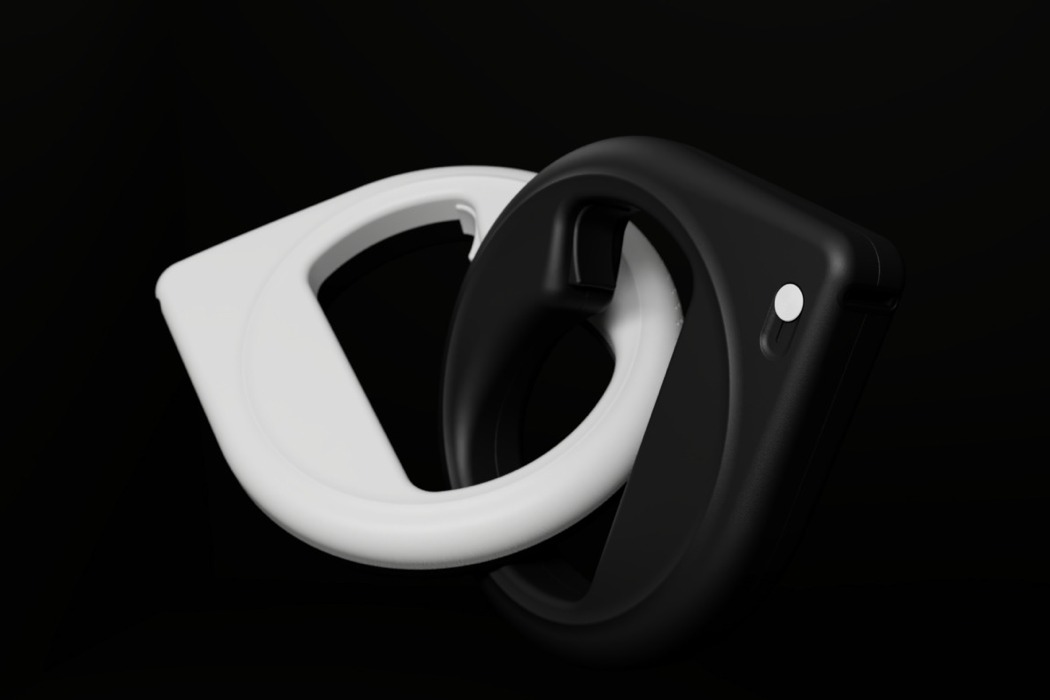 The monochromatic color scheme leads to a sophisticated and instantly recognizable product that confidently stands out from its competitors. This, paired with its unique form, ensures for a product that will grab the attention of passers-by. 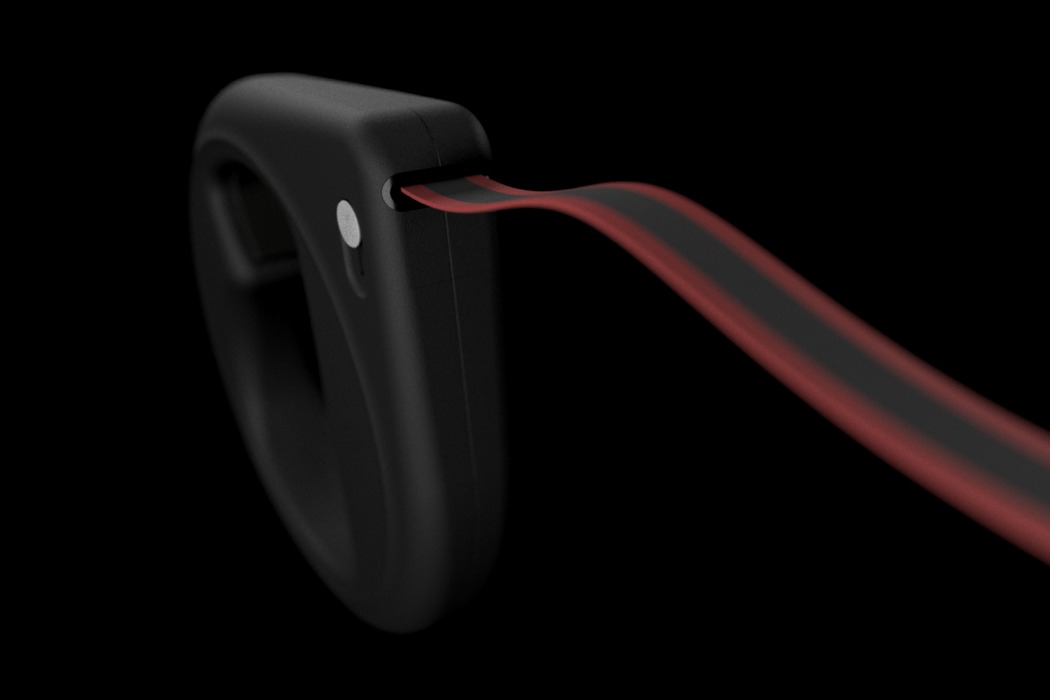 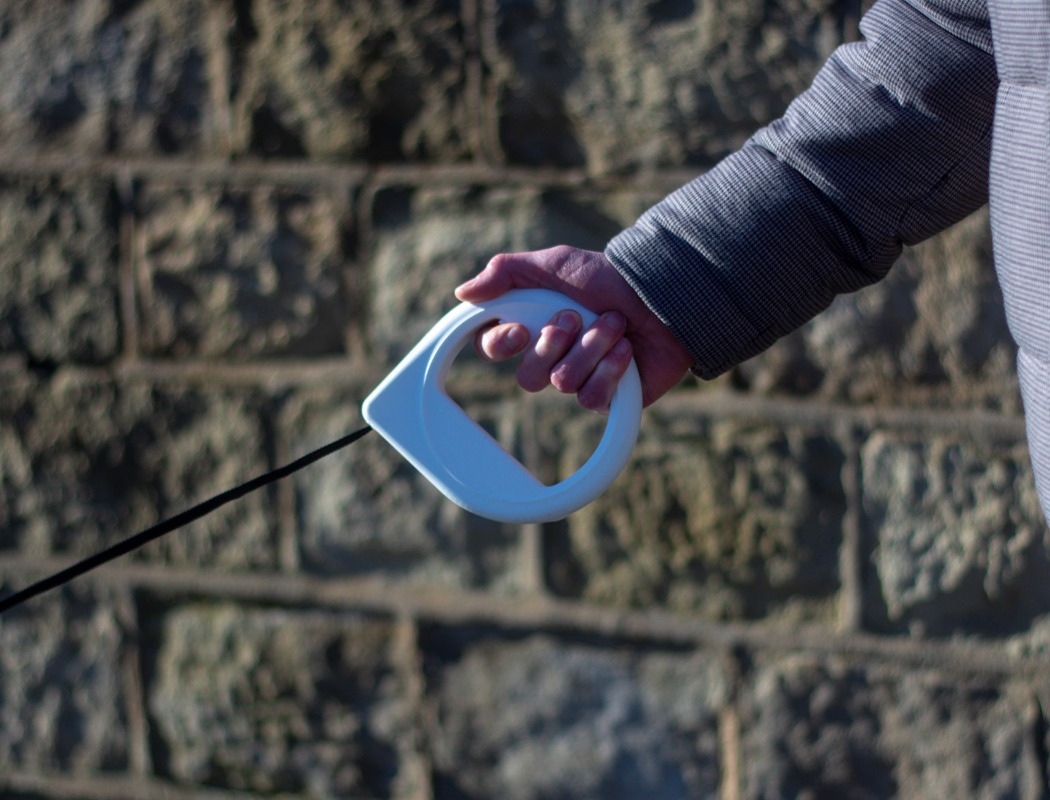 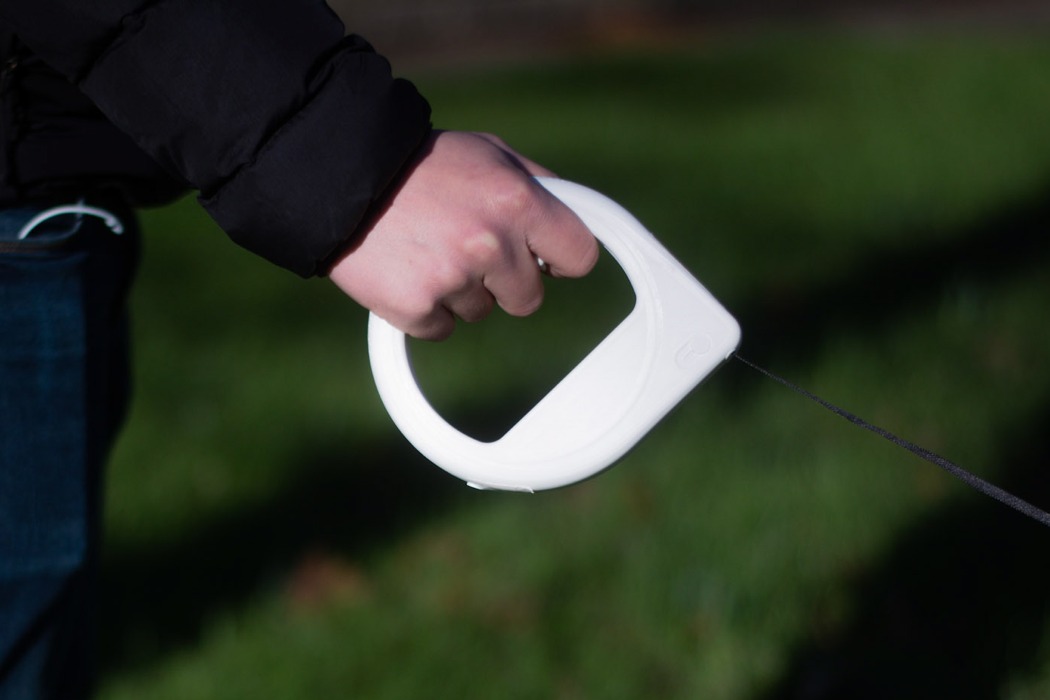 d’Light is an expandable tube light made from heat resistant tempered silicone material and LEDs. The idea is to have a safer tube light that…

During a fire breakout, something as simple as calling for help might mean the difference between life or death. However, it’s impossible while wearing a…

“I’m breaking dishes, up in here. All Night (uh-huh). I ain’t go stop until I see police and lights (uh-huh).” Sorry, was having a little…