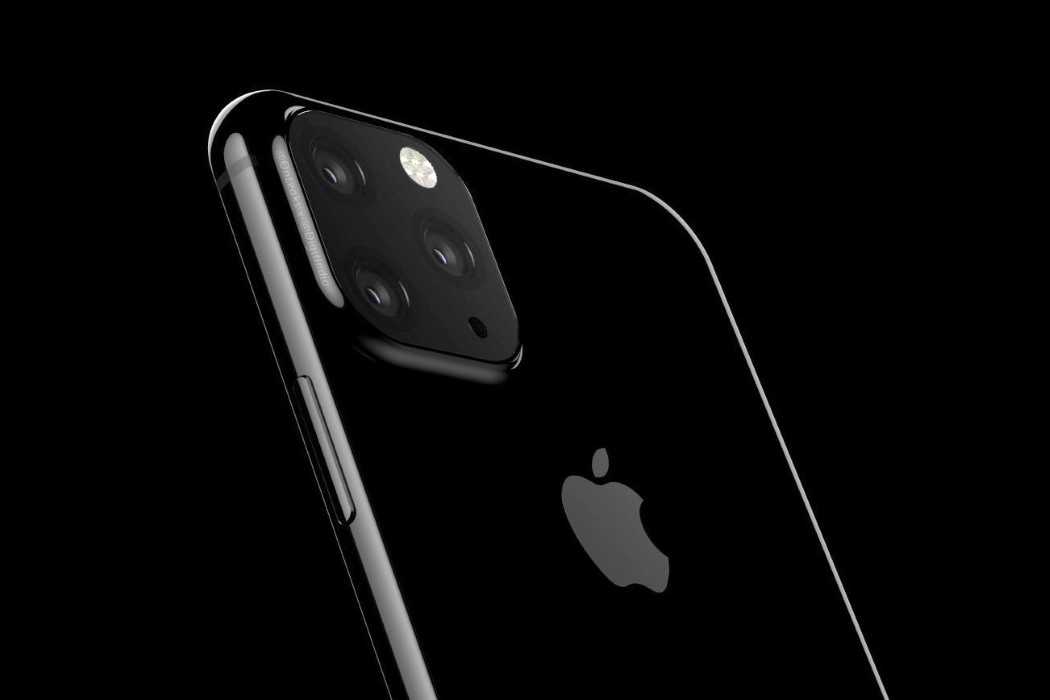 Leaks have become a very common part of Apple’s launch process. When you’re as big as Apple is, it’s difficult to keep everyone quiet. Somewhere in some part of the world, a factory worker clicks a picture of the iPhone Gorilla Glass being prototyped, or the aluminum frame being machined, and the rumors spread like wildfire. Helping bring some sort of depth to these rumors are concept phone designers, who quickly put together renders that, after a couple of rumors, end up looking exactly like the new phone. Apple’s made peace with this, because not only is it inevitable, but it also helps their end-users get accustomed to the design long before the release, creating a wave of hype that builds up to the phone launch.

On the other hand you’ve also got concept designers who don’t just simply follow trends. They add a bit of their own expectations to these concepts, creating designs that may seem outlandish, but are well received for their imagination and creativity. It’s perhaps because of these designers we’re still anticipating things like transparent smartphones, or smartphones that wrap around your wrist (Lenovo went and even built one!)

In this article, we’ll take a look at a mix of both the approaches. Two realistic ones that base themselves entirely on reliable leaks, and one that turns things up a notch, no pun intended!

Right below is a visualization by Concept Creator, who’s given the iPhone back its 2011-style aluminum side-frame and signature chamfered edge (like the iPhone 4). Also on board the concept 2019 iPhone is a staggering 5 cameras. 3 on the back, arranged in a linear style, and two on the front, with a double punch design that sort of forms a successor to the notch. The centralized camera system allows you to have portrait-mode shots with your front facing camera too, and could even carry FaceID if the technology supported it. Its location isn’t desirable, but it’s much better than the notch, and the side-hole-punch we’re seeing in the upcoming Huawei and Samsung phones. The glass back on the concept would suggest that the new phone is aggressively pushing the gospel of wireless charging, while it’s hard to tell whether the concept sticks to the Lightning connector or opts for the Type-C connection. 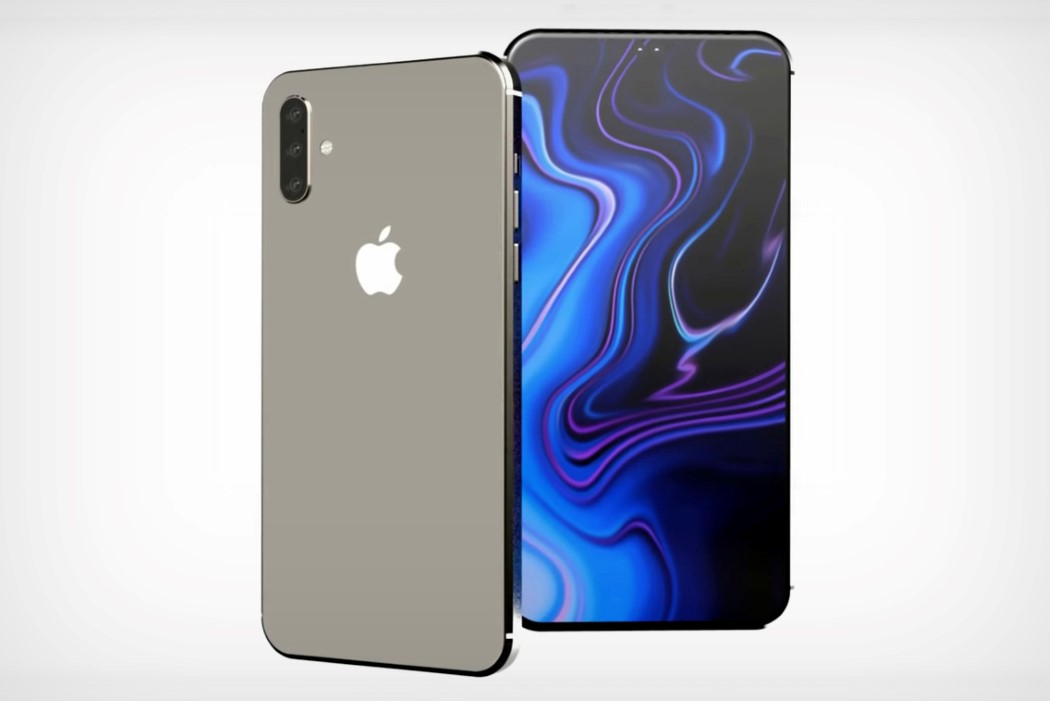 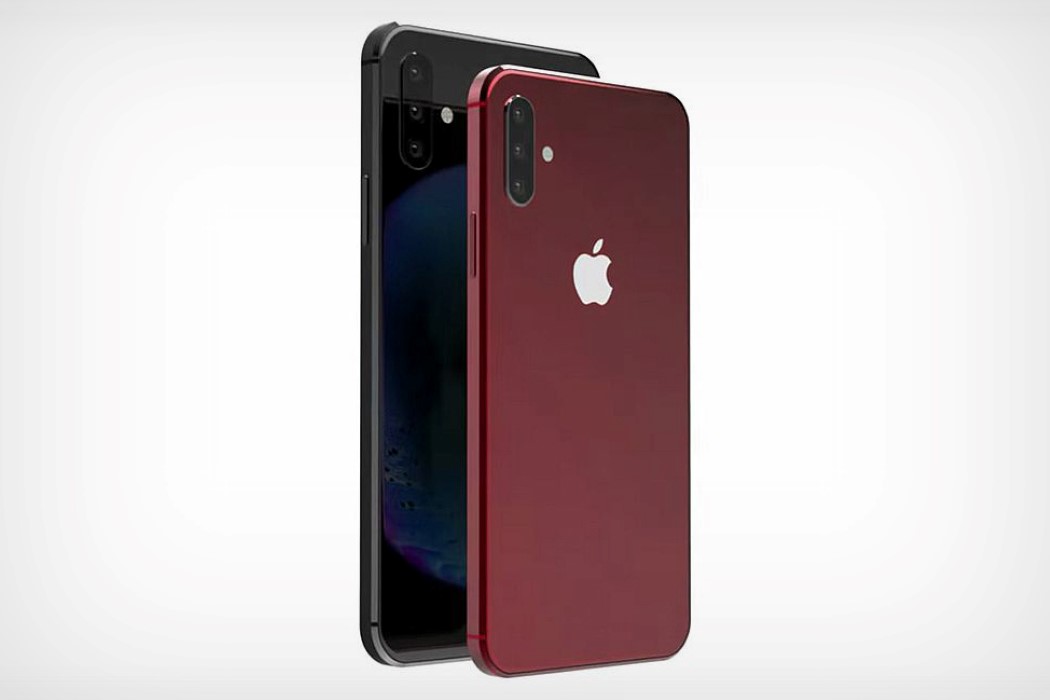 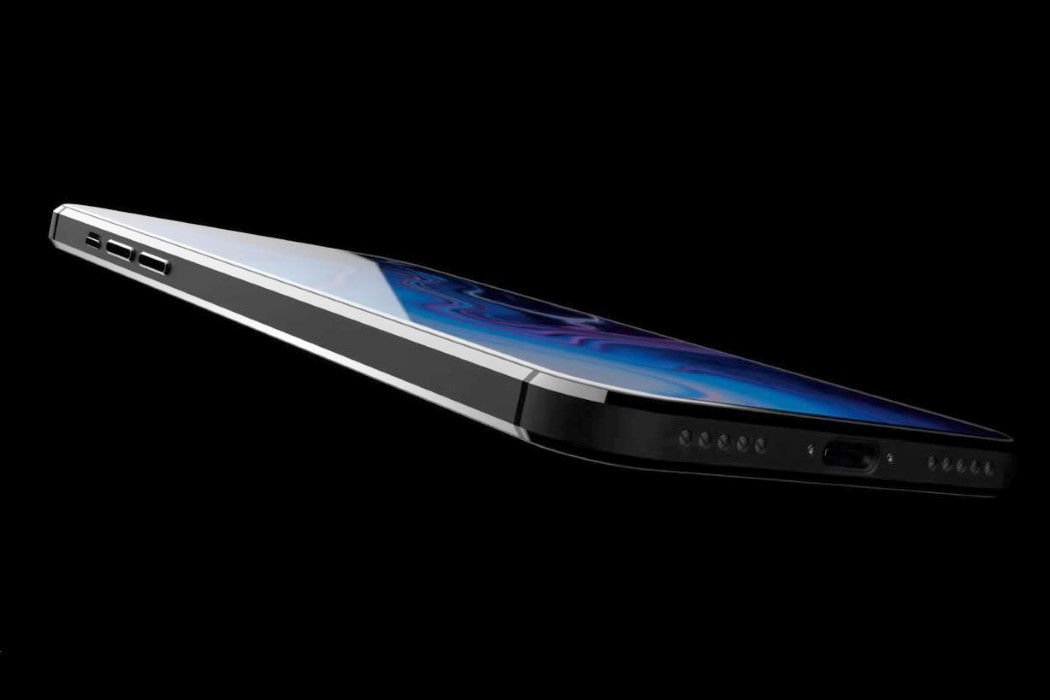 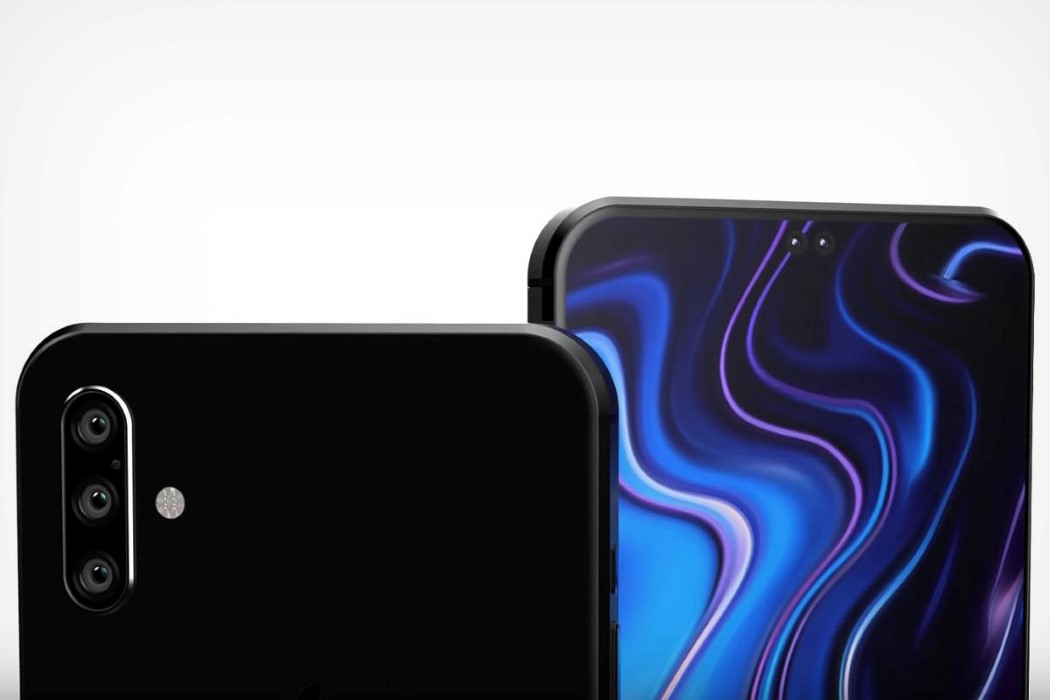 Probably one of the most reliable visualizations come from the twitter handle of Ben Geskin, a young, 20-something designer from Latvia. Geskin’s twitter handle is pretty much a catalog of concept phones based on leaks, from Samsung and Huawei to OnePlus and to Apple. Geskin updates his renders with each subsequent leak, and his final renders almost always match the launches, even down to the color options. His take on the 2019 iPhone is that the phone will pretty much look the same, except for two key differences. One, the back of the phone will have 3 cameras and a flash, and two, Apple will aggressively try to reduce the notch by pushing the speaker module out of it. Looking at the back of the phone, it’s somewhat disconcerting to see how the cameras are laid out asymmetrically (Apple takes perfection almost too seriously, so this is worrisome). The three cameras are arranged in a triangular format, inside a square-shaped camera bump. The flash and the video microphone find themselves struggling for space in this layout and get placed at extremely awkward spots. I doubt Apple would green-light this, but only time will tell. It’s good to see that the notch is made to be significantly narrower now, although once again, not desirable. 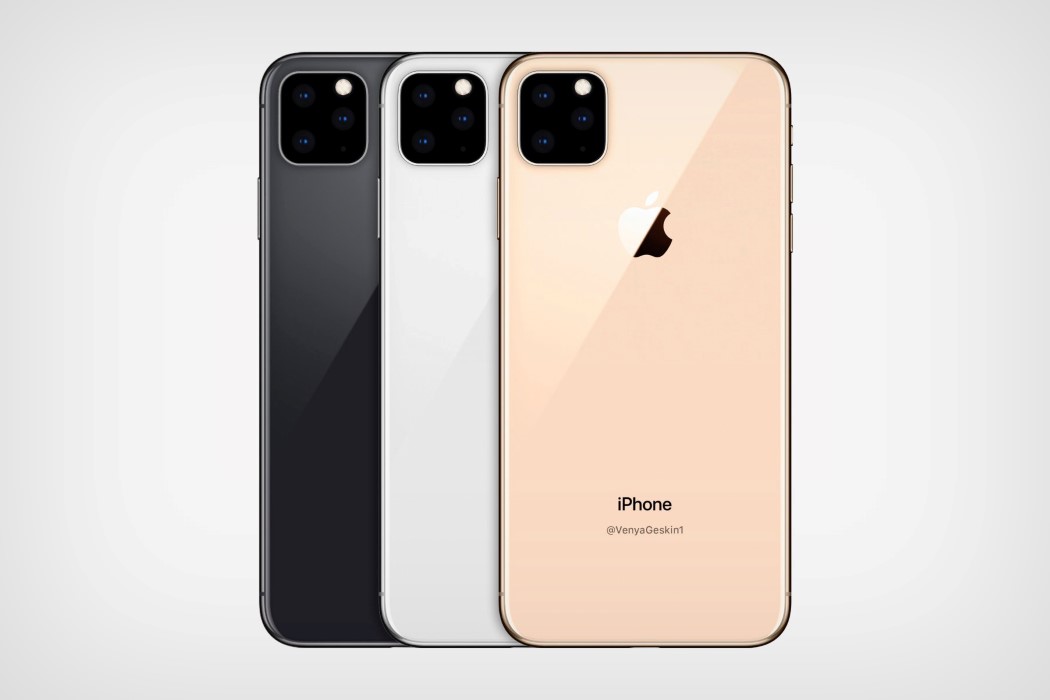 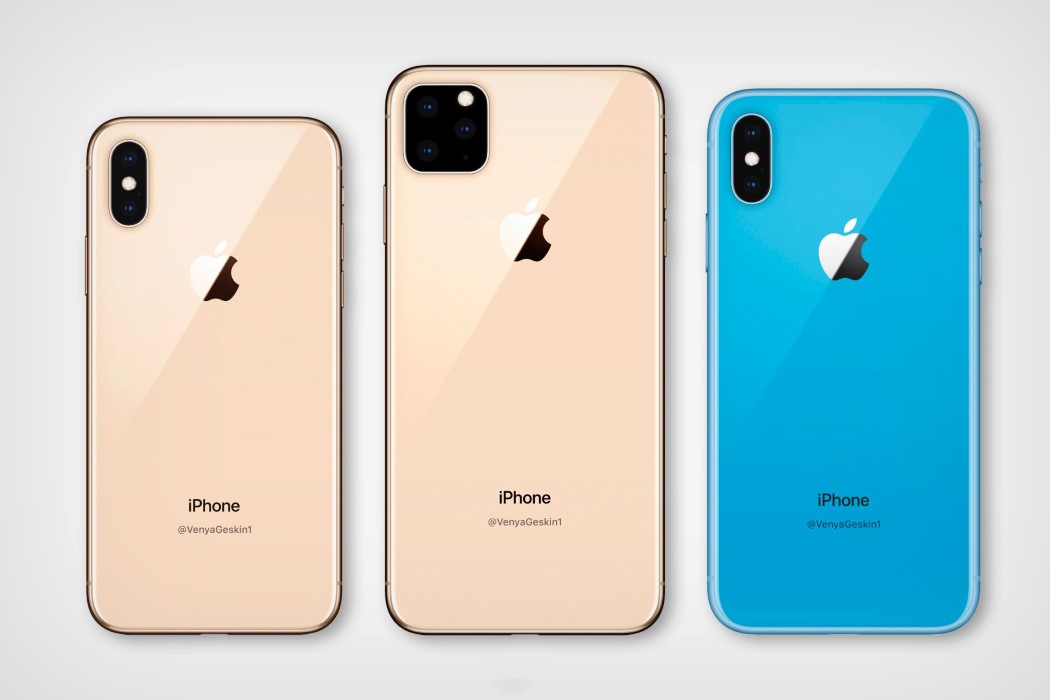 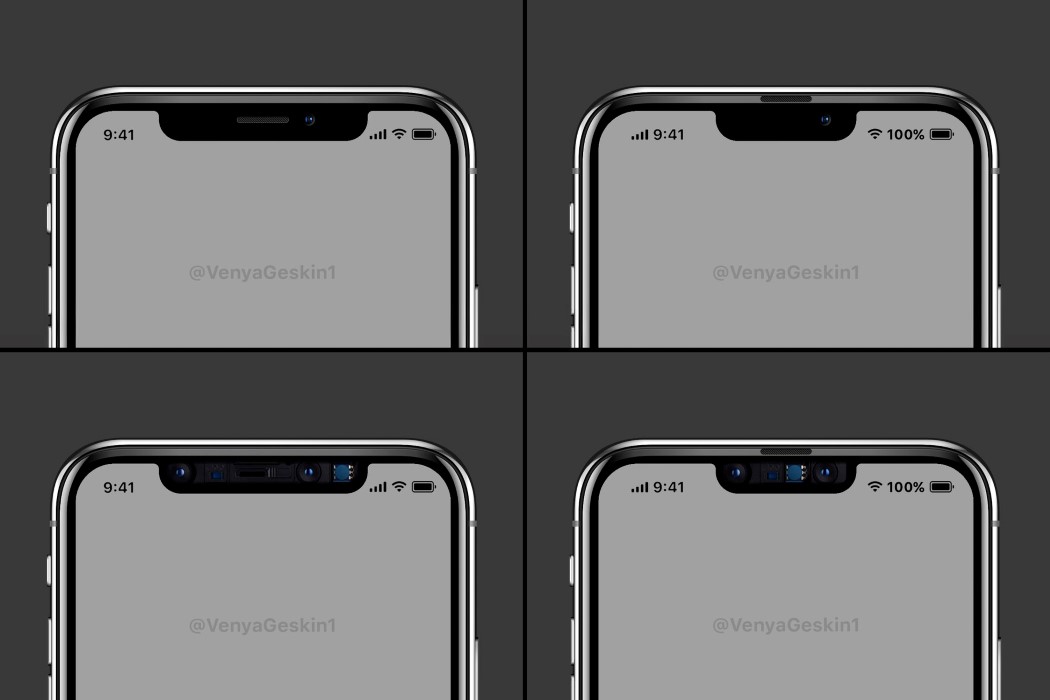 And lastly, we have Michael Mojica’s outlandish iPhone that does things we’d expect from Android… modularity. While the world wonders whether the iPhone will have 2, 3, or 5 cameras, Mojica says it can have as many as it wants to. Built with swappable camera modules, Mojica’s 2019 iPhone is customizable to have a primary camera that’s as powerful as you want it. The camera modules magnetically click into their place at the upper-center of the iPhone’s back (an unusual move because every iPhone has had a camera on the top-left), connecting to the smartphone through contact points… much like the kind of experiments Motorola, Essential, and RED have done with modularity in their smartphones. Depending on the price you pay, you can choose anywhere from a 3-lens camera setup to a 6-lens camera setup, allowing you to take stunning photographs that are worthy of the #shotoniphone hashtag! 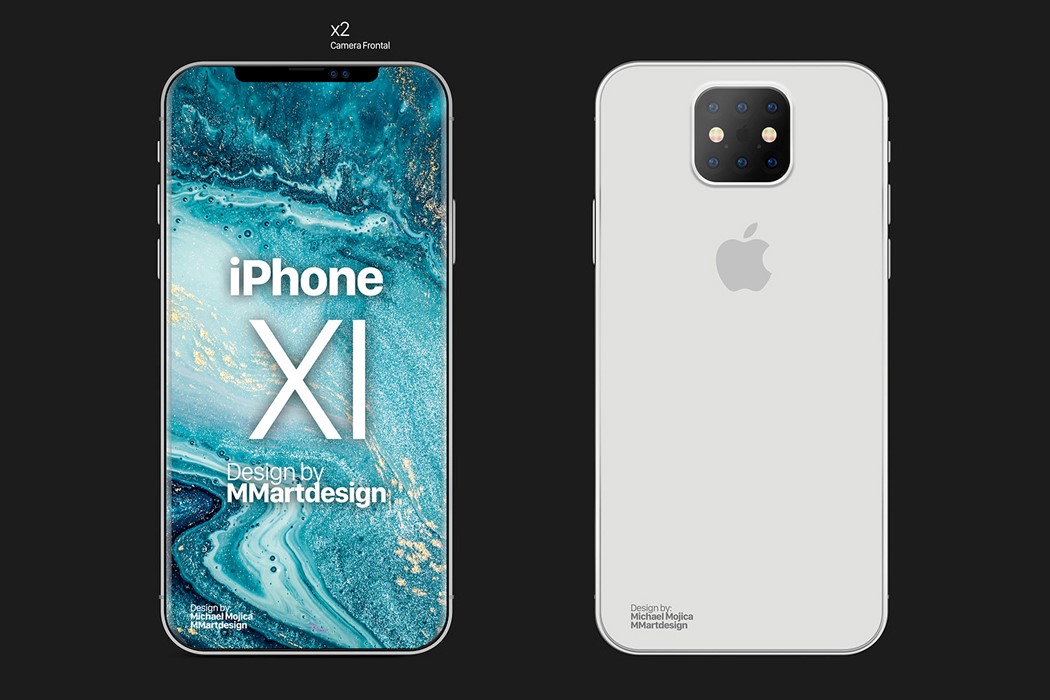 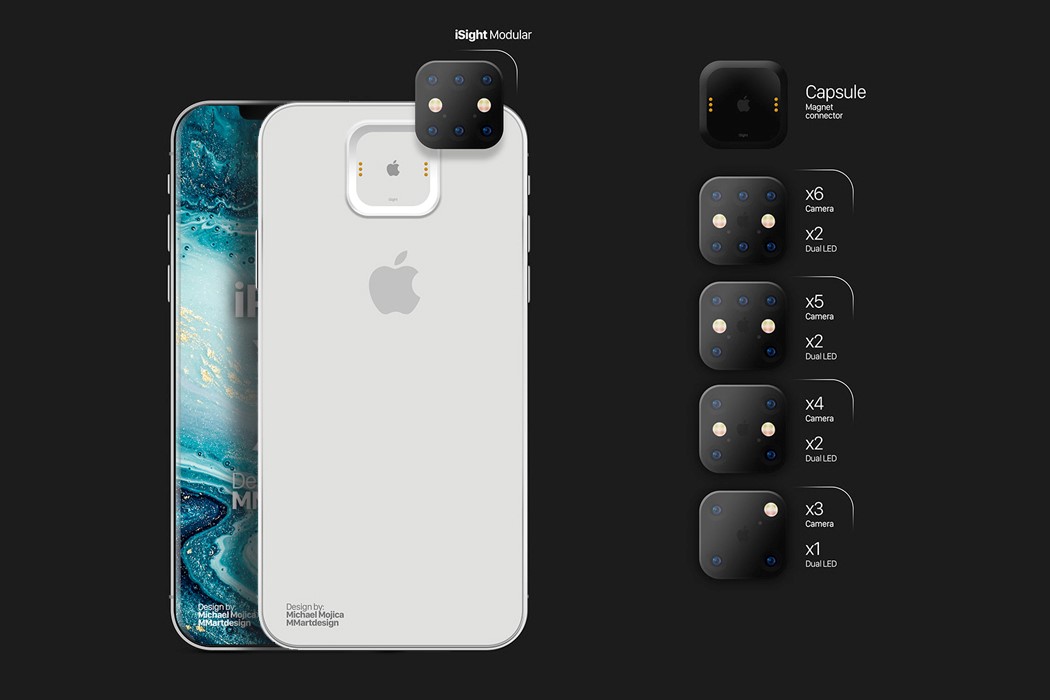 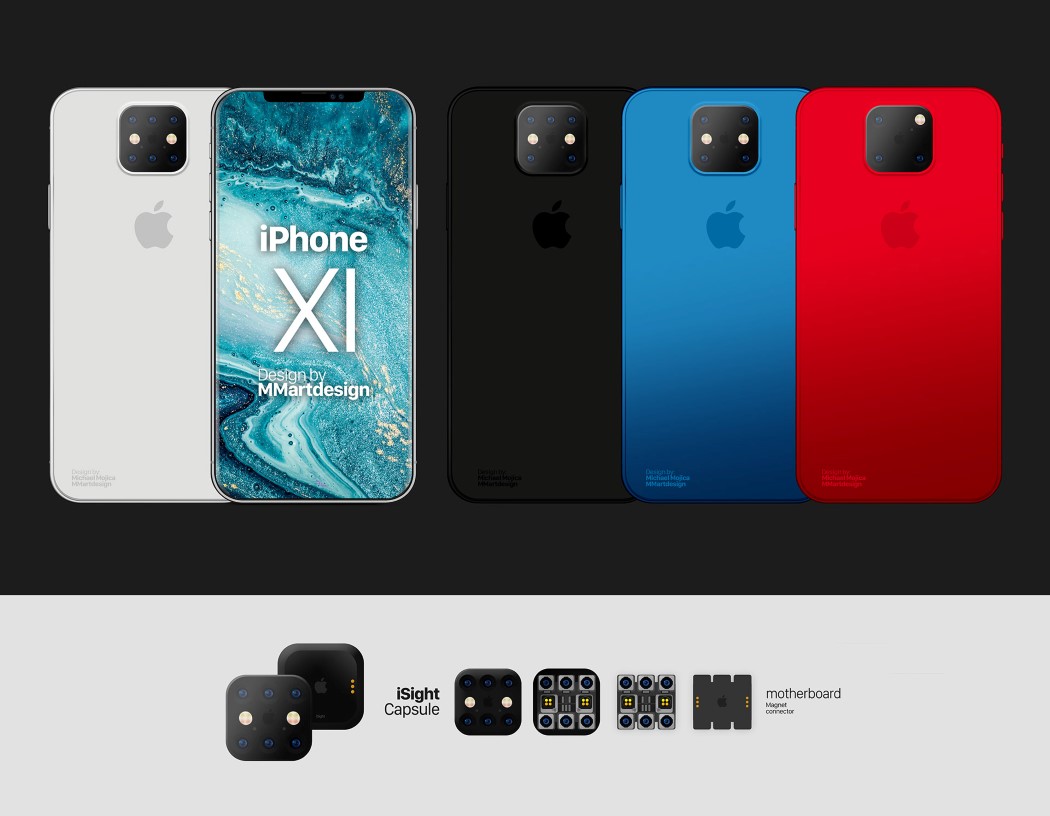 Meet the Hummer of backpacks, with a sturdy hard-shell case and modular, spacious interiors

https://www.kickstarter.com/projects/tajezzo/xcube-modular-hardshell-backpack-for-photographer-and-traveler Now here’s a combination of words you’ve probably never heard before. Hard-shell backpack, with expandable + modular storage, space for a 17″ Laptop, and…

Muggo Keeps your Perfect Brew at its Perfect Temperature

https://www.kickstarter.com/projects/obscurebelts/the-fractal-belt-by-obscure-belts? With a vision to uplift the mundane, designer Bryan Schultz set out to take ordinary products and transform them into eye-catching mechanical marvels. The…

You make choices about the restaurants, bars or stores you visit based on their locale. I mean, everybody wants to end up in a good…