It’s quite a remarkable feat that something as simple as the Jerry Can helped us win the second world war. The Jerry Can’s original design can be traced back to Germany, which was designed for complete efficiency, and helped them execute the Blitzkrieg. Its design was the pinnacle of functionality and was one of Germany’s best-kept secrets (cans used by the Allied forces were flimsy and would leak as much as 30% of the fuel stored in them) that helped them efficiently execute their attacks while the Allied forces faced massive defeat as their resources leaked and depleted at alarming rates. An American engineer got hold of these highly elusive jerrycans at Berlin’s Templehof Airport and smuggled them across to Philadelphia. This helped the Allied forces build their own, efficient Jerry Cans that helped them win the war. President Roosevelt said, “Without these cans, it would have been impossible for our armies to cut their way across France at a lightning speed which exceeded even the German blitzkrieg of 1940.”

The cans came with a stamped X design on the sides that served two purposes: firstly to stiffen the side sheet metal; secondly to allow greater surface area for expansion and contraction of the contents with heat and cold. The Jerrybag Shield pays homage to that simple design that quite literally saved millions of lives by leveling the playing field and ending a world war. With a similar hard-shell design and the iconic, functional X stamp on it, the Shield is quite literally destruction-proof. Crafted from a blend of ABS and PC (the same plastic used to make Nokia’s indestructible 3310), the Shield is impact-resistant, and virtually damage-proof. Take a knife, hammer, screwdriver, or any projectile to the Shield’s outer surface and you’ll barely scratch the surface of the bag.

The Shield was designed as a shrunken version of the popular larger, hard-shell travel suitcase. Bringing that format to the backpack size, the Shield is perfect for work, play, and travel, whether your lifestyle is low-key yet stylish, or extreme. The hard-case protects the contents of the backpack by softening and absorbing any impact to it, securing any gadgets or expensive items from damage, while a water-resistant design protects your gear from inclement weather. An expandable design allows the bag to go from 25L to 35L in capacity, letting you carry extra items for a weekend getaway along with your regular everyday items. The bag comes with 13 separate compartments, divided between two storage zones, for optimal segregation. A padded laptop sleeve gives your laptop reinforced storage, while an easy-access upper slot lets you have items like your wallet, passport, or ticket at hand. The bag’s padded straps and lightweight design allow it to be carried anywhere with ease, while a luggage-strap let you secure the Shield to a travel suitcase for even better mobility.

The Shield serves as the ultimate crossover, bringing the advantages of hard-shell luggage design to everyday backpacks (a hybrid that’s yet to go fully mainstream). Drawing inspiration from one of the most well-designed products of the 20th Century (and a personal design favorite), the Shield promises to be a top-notch, feature-laden backpack that will withstand the most extreme of conditions, while lowkey making you look like a Teenage Mutant Ninja Turtle in the process (and believe me, that can only be a good thing!) 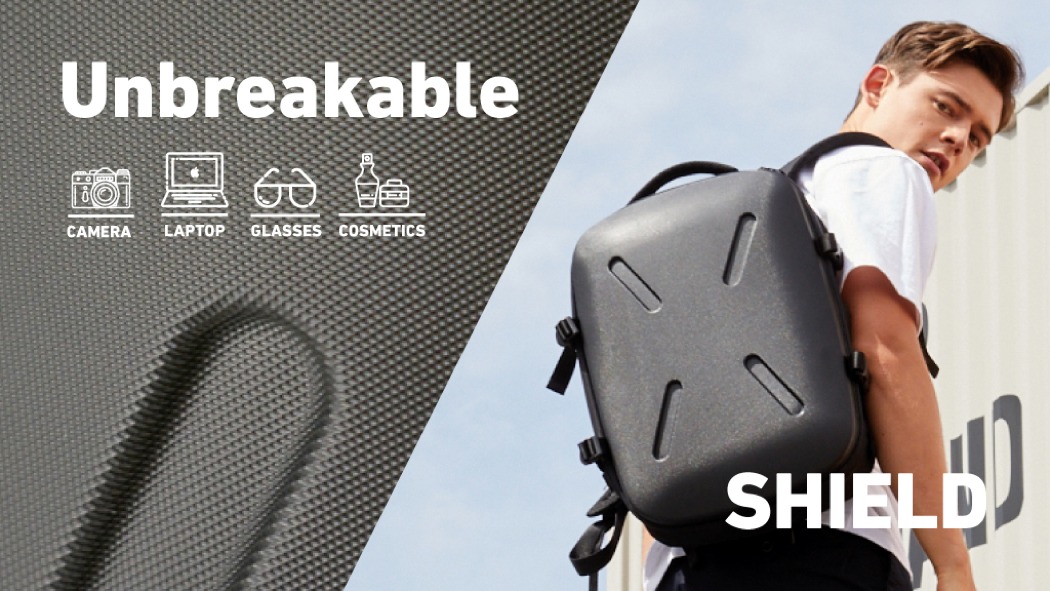 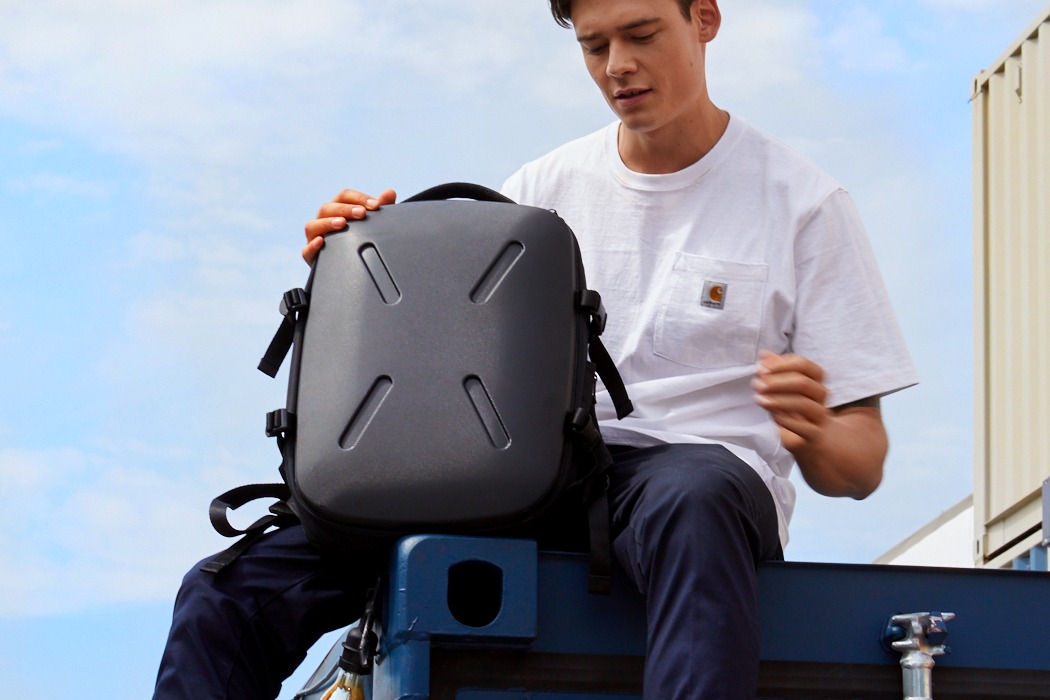 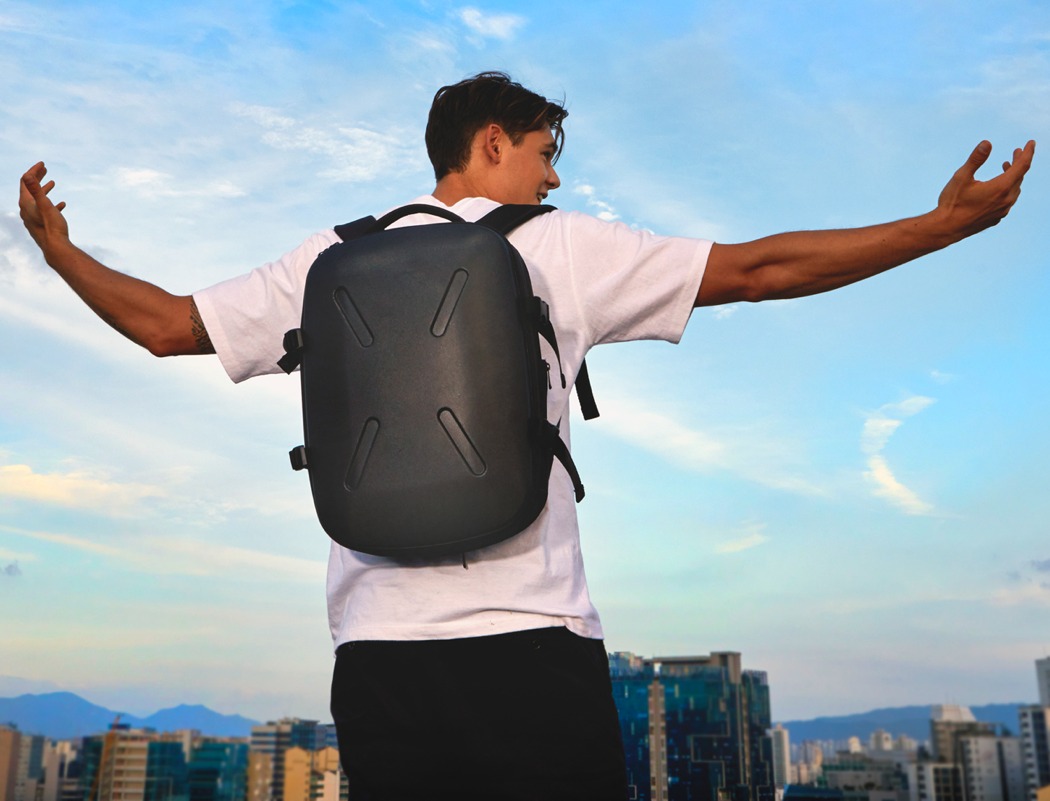 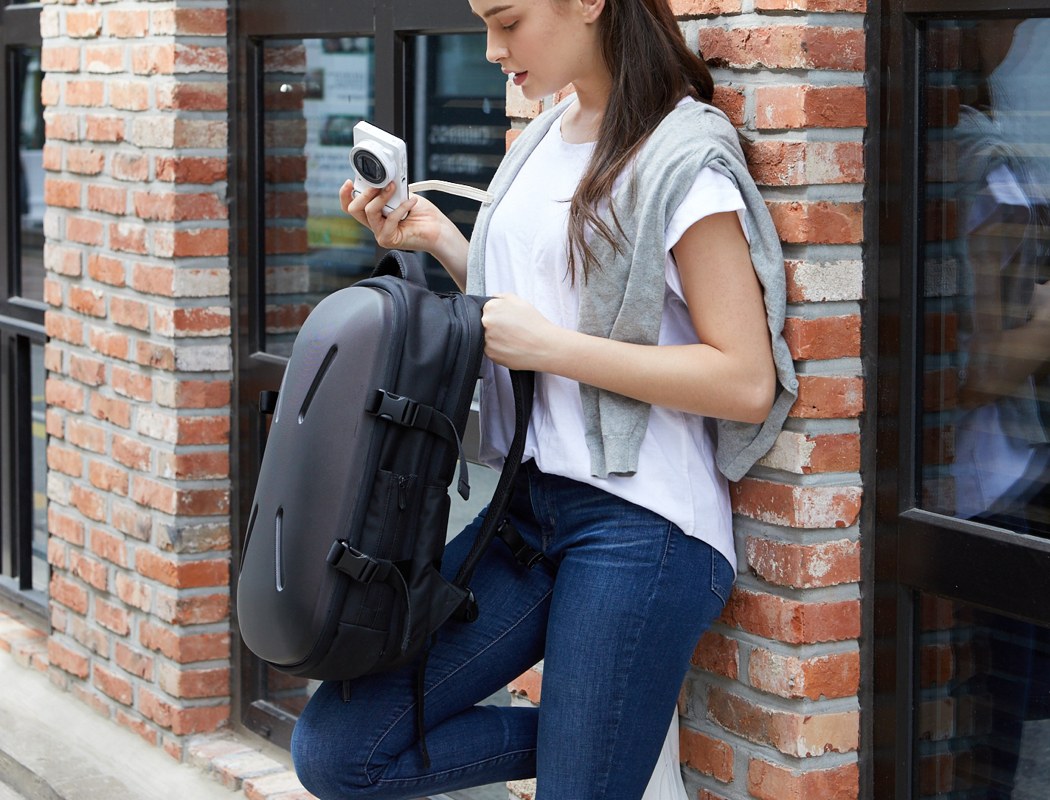 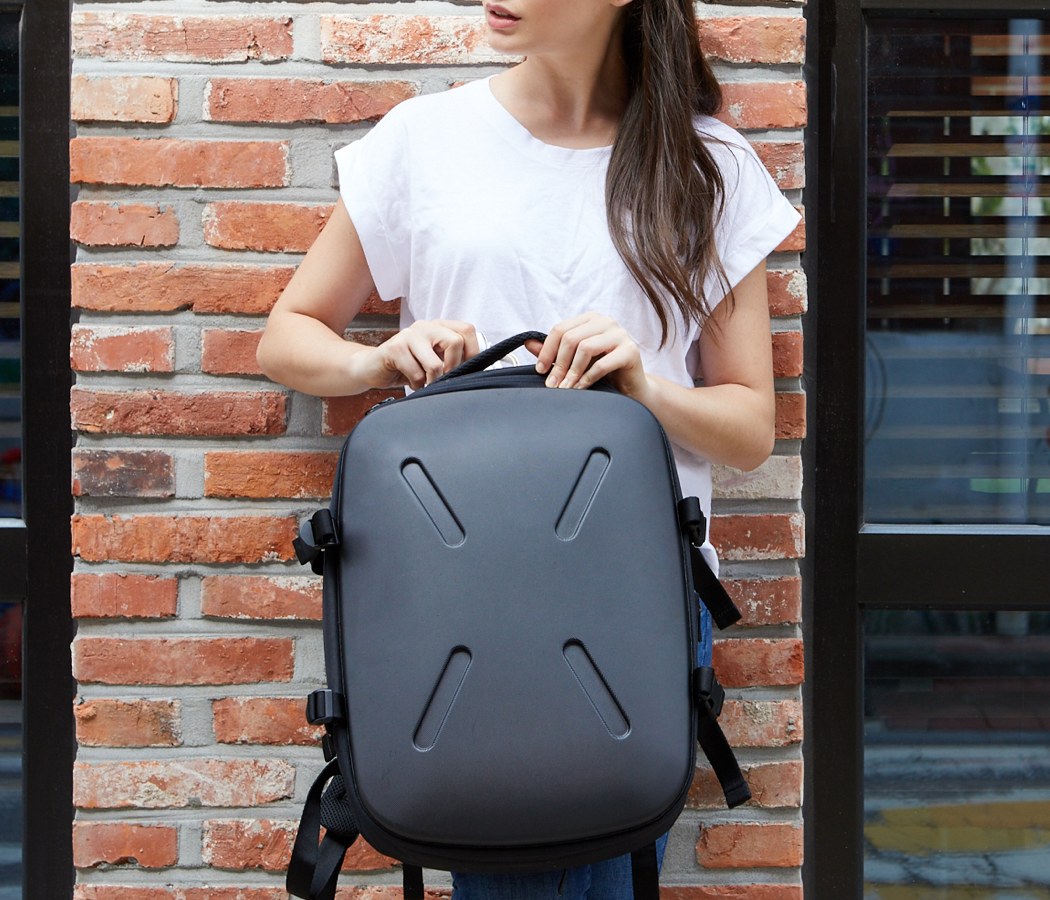 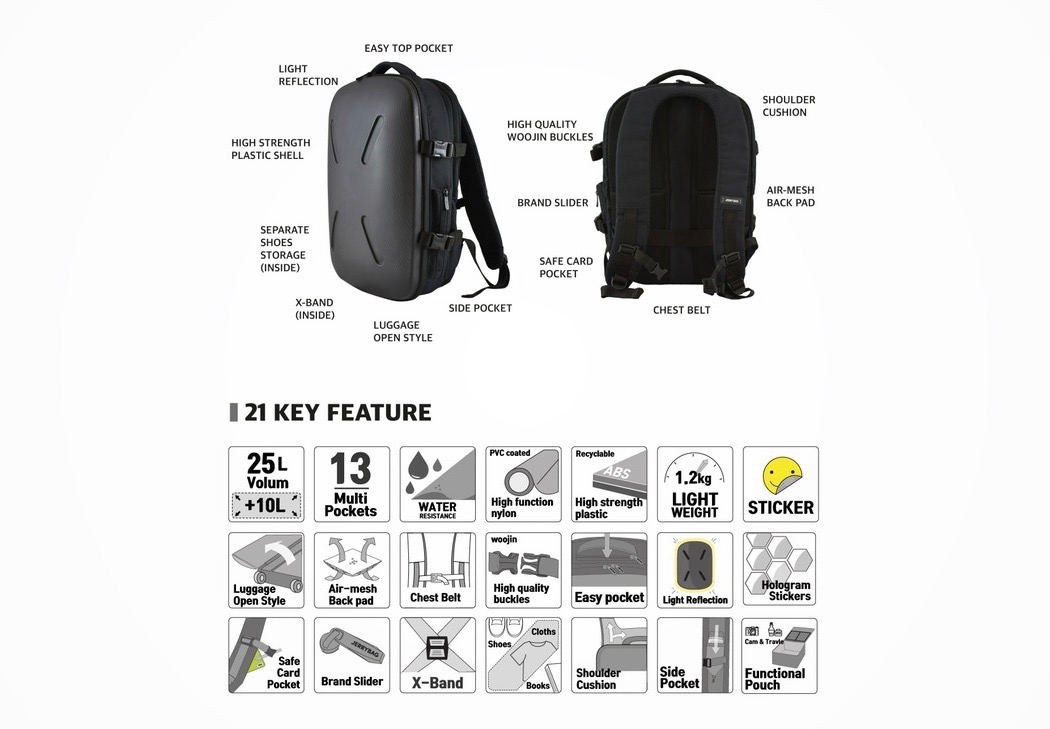 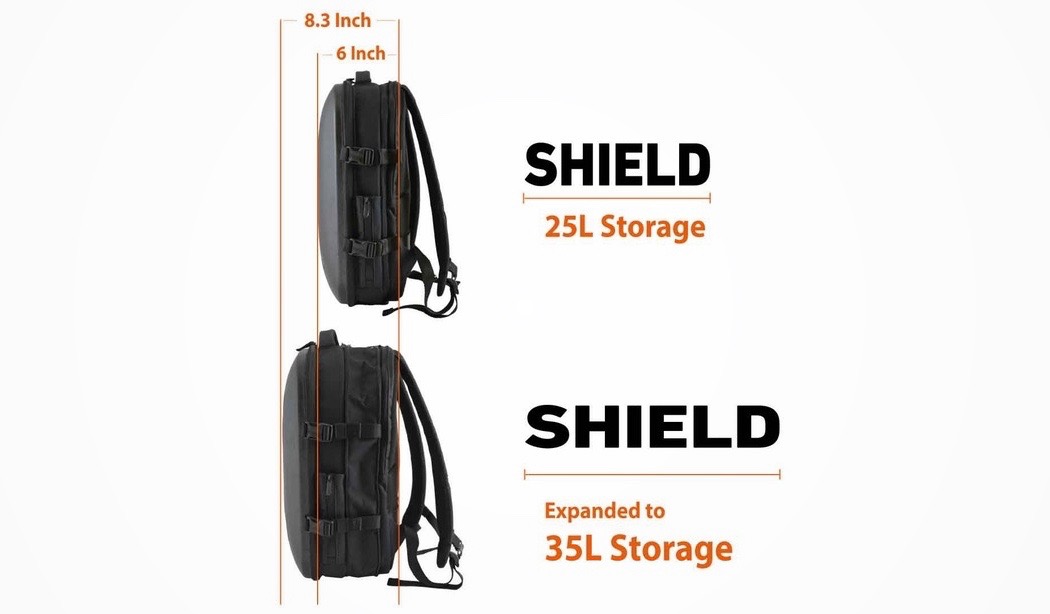 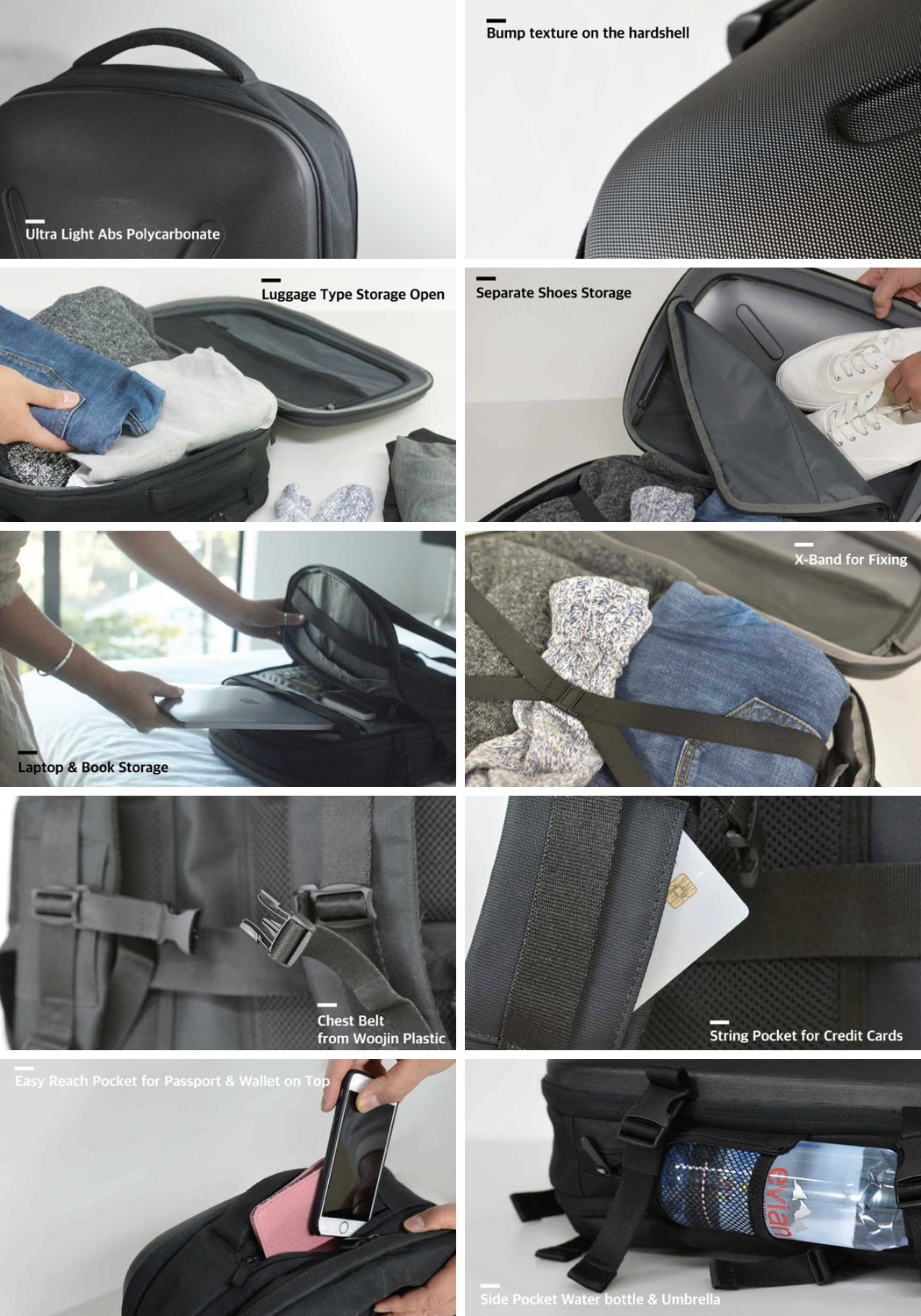 Do you ever wonder what paper clips looked like 150 years ago?

If you do wonder what paper clips looked like in eras long gone by, Clip Art (clever wordplay alert?) is a wonderful history lesson in…

A Touch of Personalization to your Flip Mino

Not the first time I’ve seen something similar but this Kickstarter project for the stainless steel Pucs are by far the most well crafted. The…