Believe it or not, I’m a little surprised that tripods have existed for millennia, and has been synonymous with photography for over a century, but the Lumapod hasn’t existed for over a couple of weeks. A small, powerful device, the Lumapod scales down the tripod to a third of the space when closed, but retains its functionality and height when opened.

Literally the size of a collapsed selfie stick, the Lumapod comes with 3 incredibly small legs and a long pole that’s fortified by three Kevlar wires that keep the tripod upright. This arrangement not only allows the Lumapod to collapse down to an extremely tiny form factor, it also makes setting the tripod up easier and dramatically faster.

As a profession or a hobby, photography is always highly time critical. The amount of time it takes for you to set your gear up can often cost you that perfect shot. The Lumapod’s design brings the tripod setup time from minutes to a mere 4 seconds, even verbally simplifying the process to three words. Twist, pull, set. Lumapod’s aluminum frame is both light and sturdy, and the Kevlar cords hold the tripod up using tensile strength. A ball and socket joint allows you to position the camera at any angle you want, while the inherently convenient design allows the Lumapod to be used as both a selfie stick as well as a conventional tripod, making it the perfect accessory to your smartphone, action cam, and even your professional shooter! 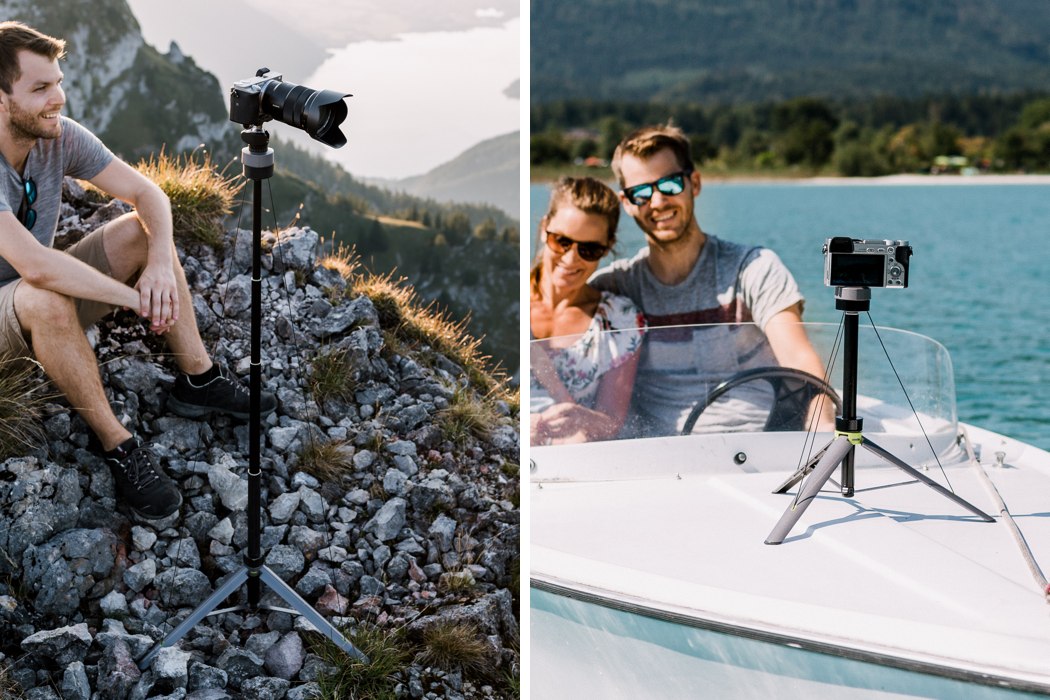 Lumapod is the world’s fastest tripod for smartphone, GoPro, Mirrorless and DSLR cameras, designed for speed and ultra-portability. Never leave your tripod behind again.

A quick and simple setup will empower you to take full advantage of every photo opportunity… 4 seconds and you’re ready to go. 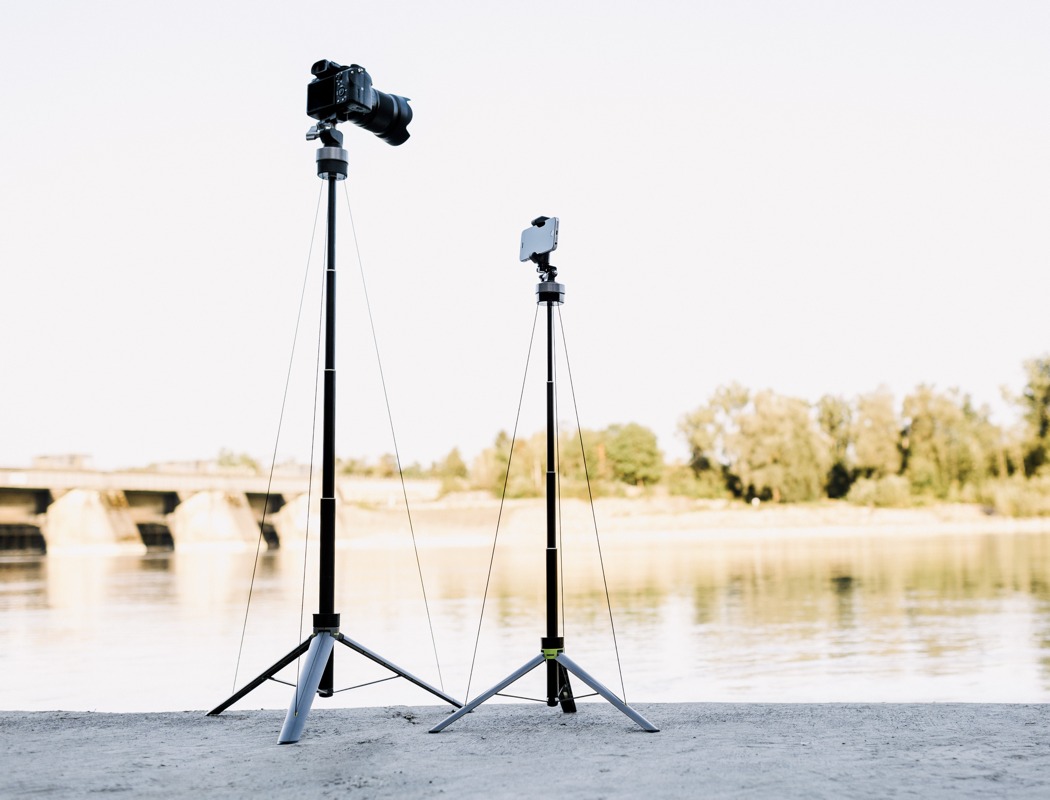 On the right is the Go85 (85cm height). The Go85 was designed to be as compact and lightweight as humanly possible without compromising on quality or performance. The result is a perfect travel buddy for your smartphone, GoPro and cameras that weigh up to 1kg / 2.2lbs. It is also equipped with integrated terrain levelers to accommodate for those situations with uneven ground.

On the left is the Go120 (120cm height). Go120 has all the benefits of Go85 but with an overall larger height and build that will support cameras that weigh up to 2kg /4.4lbs

In addition, Go120 has modular leg extensions which creates a wide-range of possibilities for adaptability. 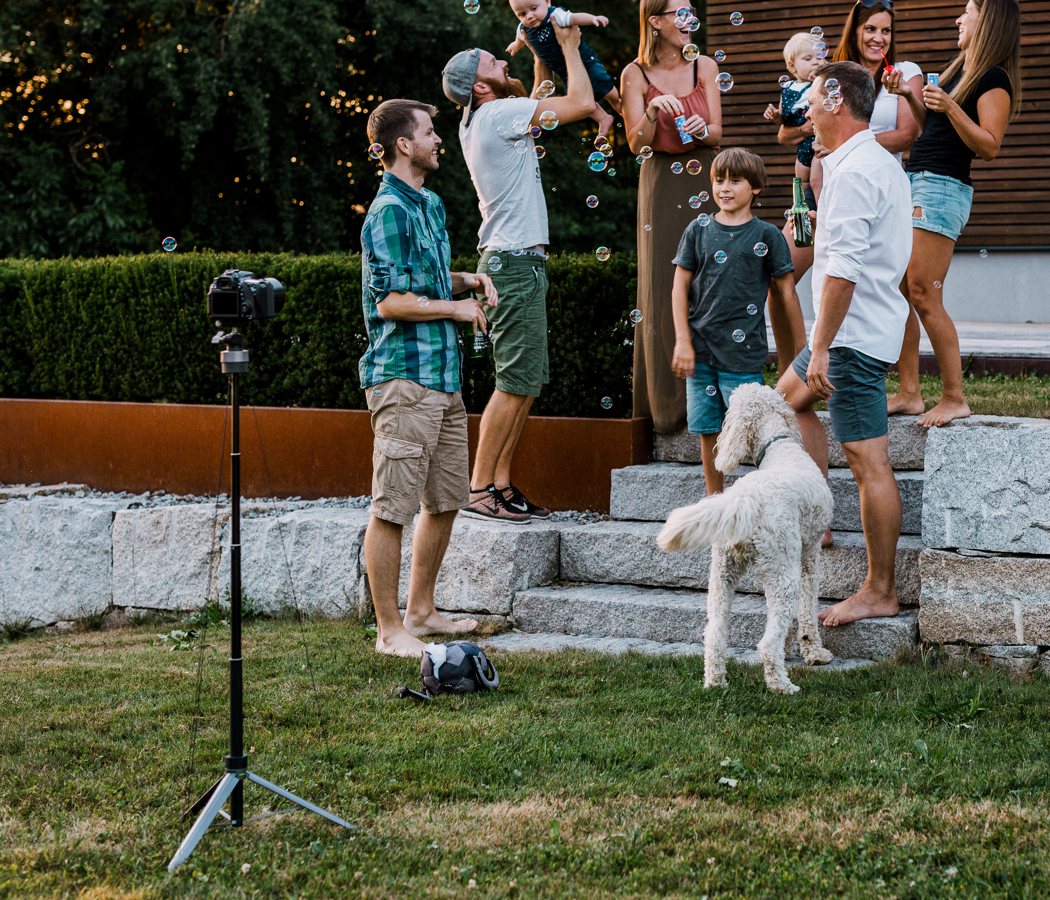 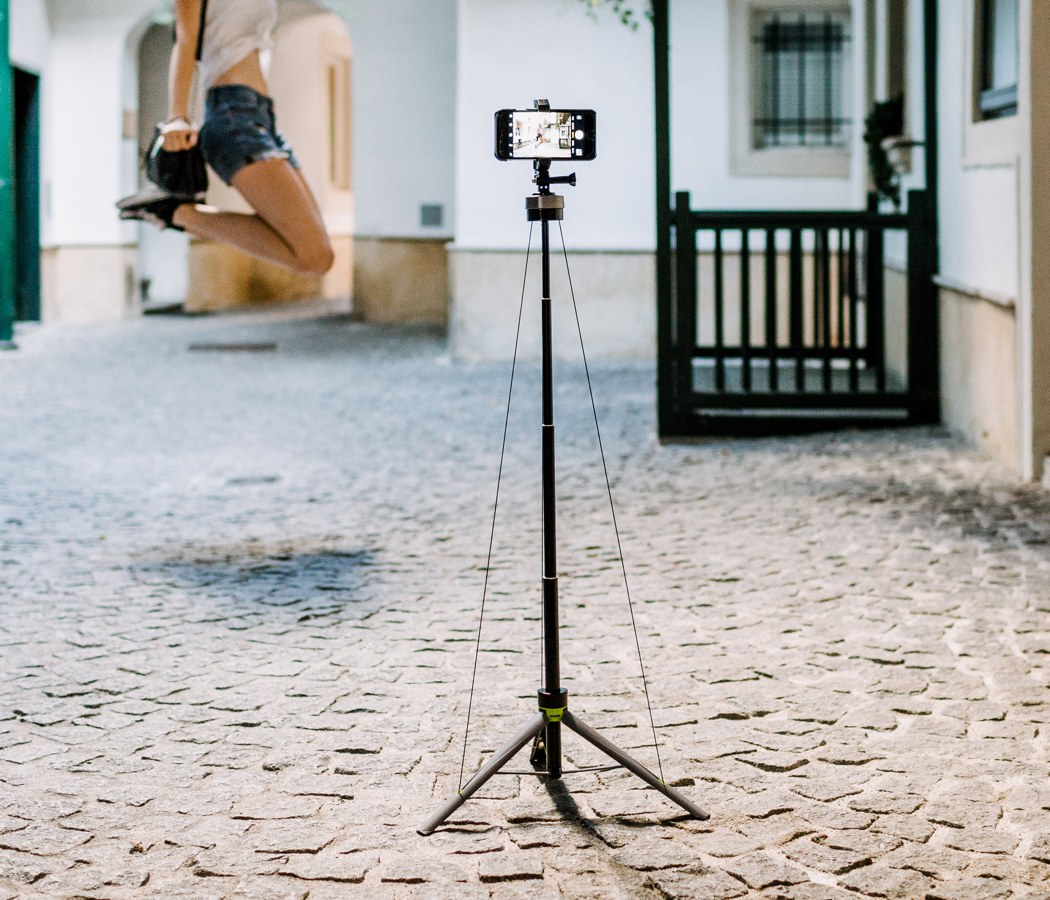 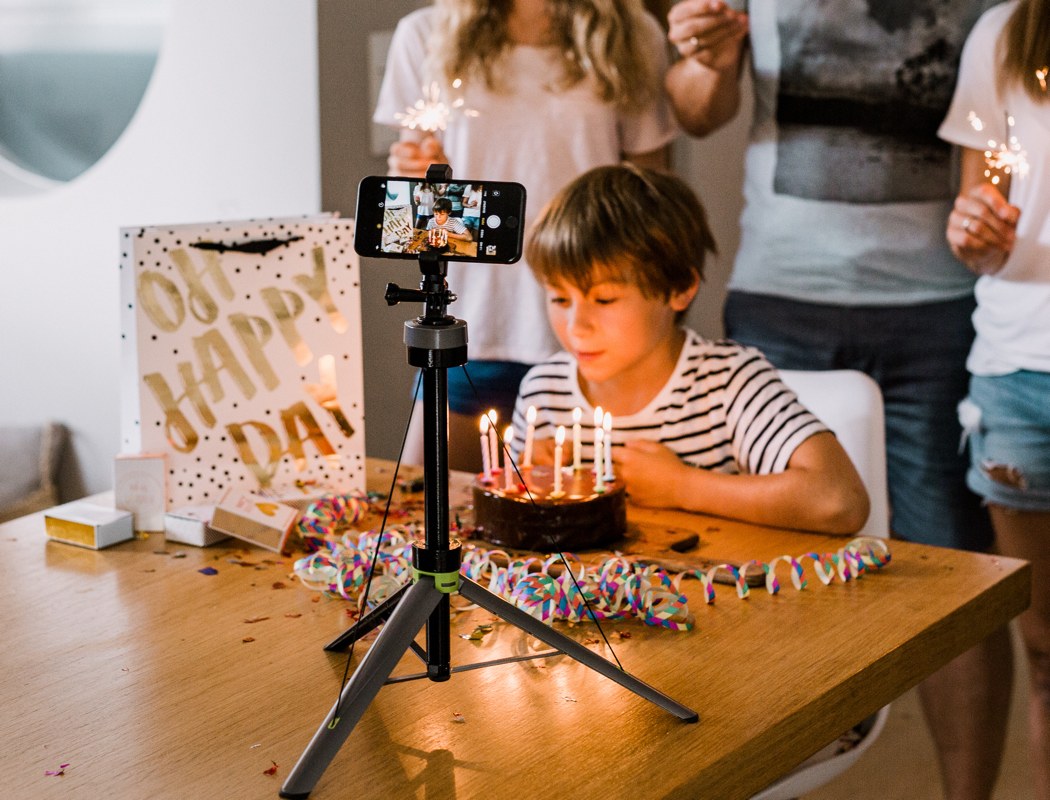 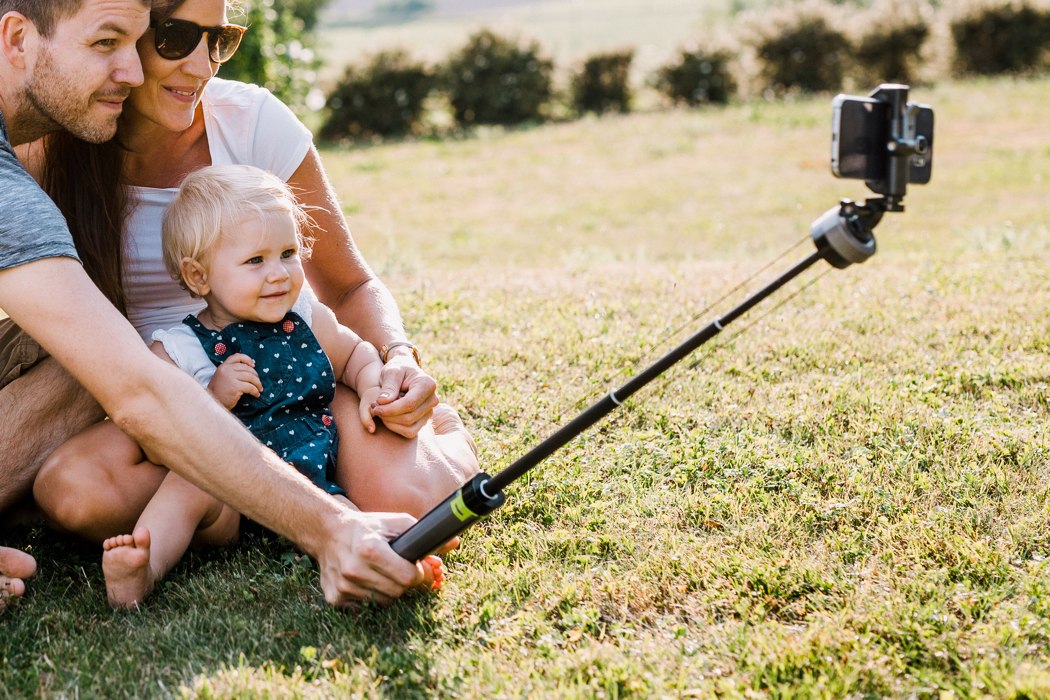 Lumapod is extremely adaptable (use it with your smartphone, GoPro, mirrorless, DSLR and more). Easily use it to snap a selfie and then quickly set it down to capture a self-portrait. Either way you can always be in the shot. 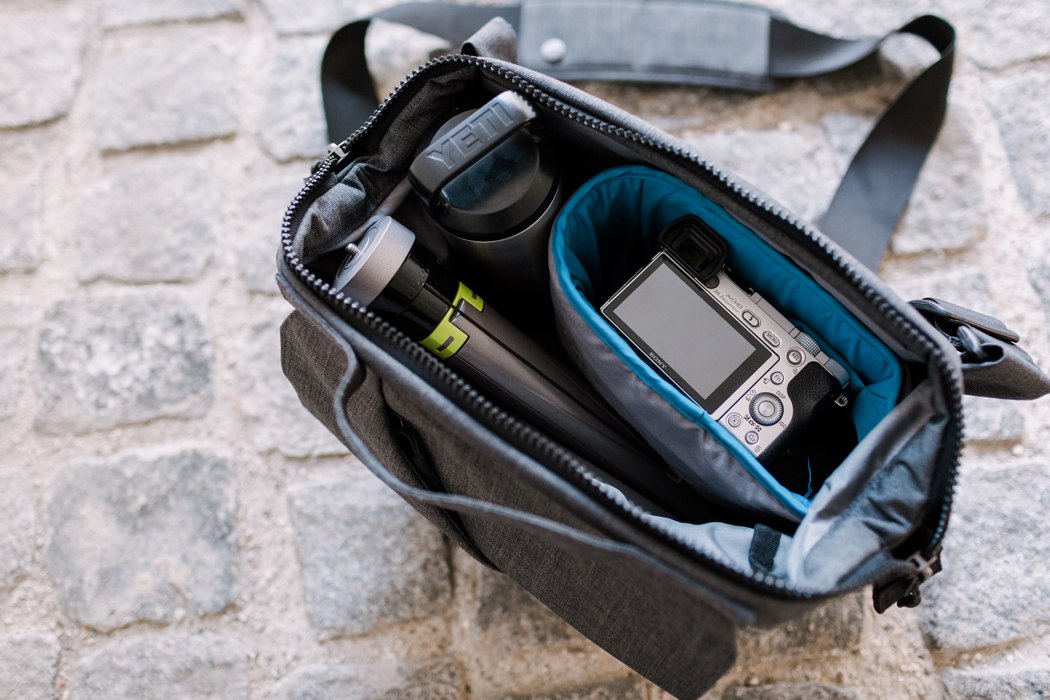 Lumapod is specifically designed to be brought on all your adventures. 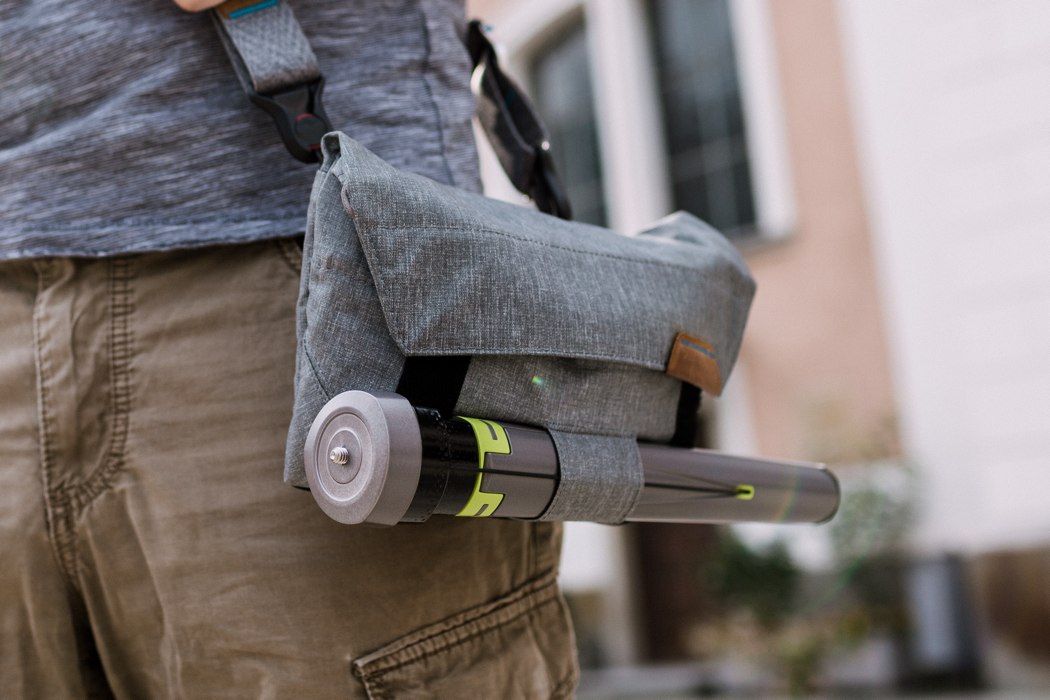 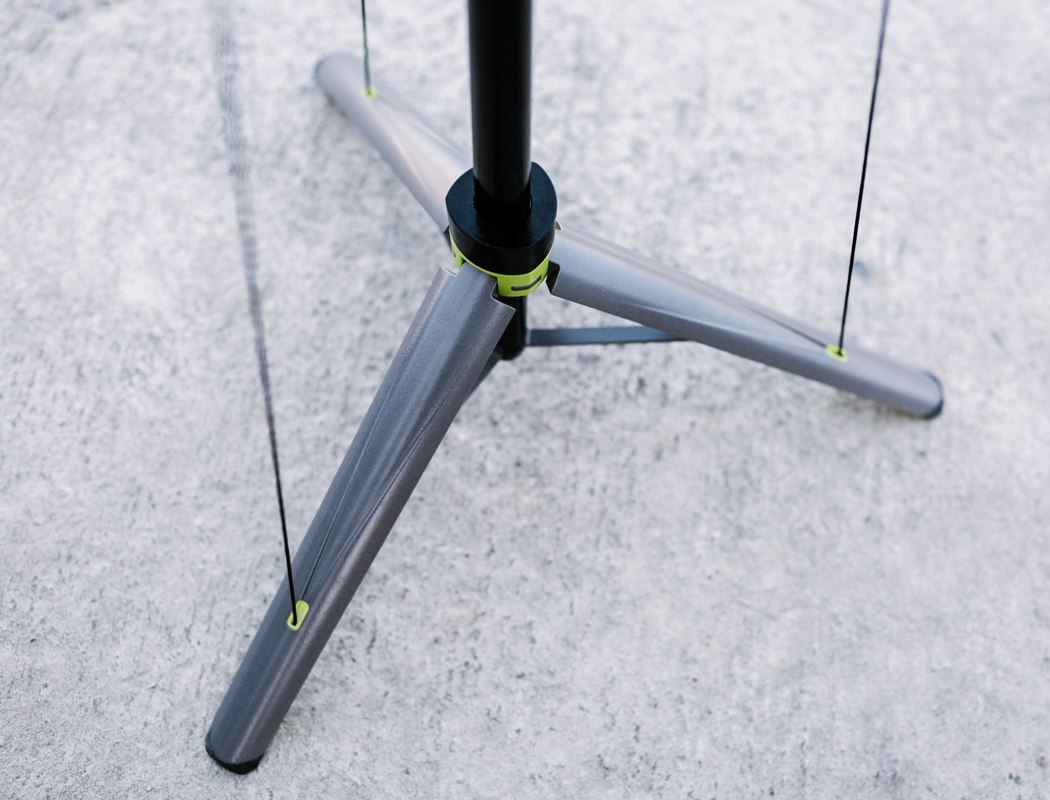 There is a simple mechanical principle behind the Lumapod designs: replace compression parts (traditional legs) with tensioning components (Kevlar Ropes). Perhaps it’s easier to understand when compared to something everyone knows:

Much like how the mast on a sailboat withstands wind with its tensioned ropes, they use the same theory to achieve stability. It’s no rocket science but the key to their design is being able to lock and tension Lumapod in any position.

Lumapod’s stability isn’t just by luck. They did extensive research and testing to measure the vibrations and damping of many tripods. Their electro-mechanical test setup enabled us to optimize Lumapod and ensure it is as stable as possible. 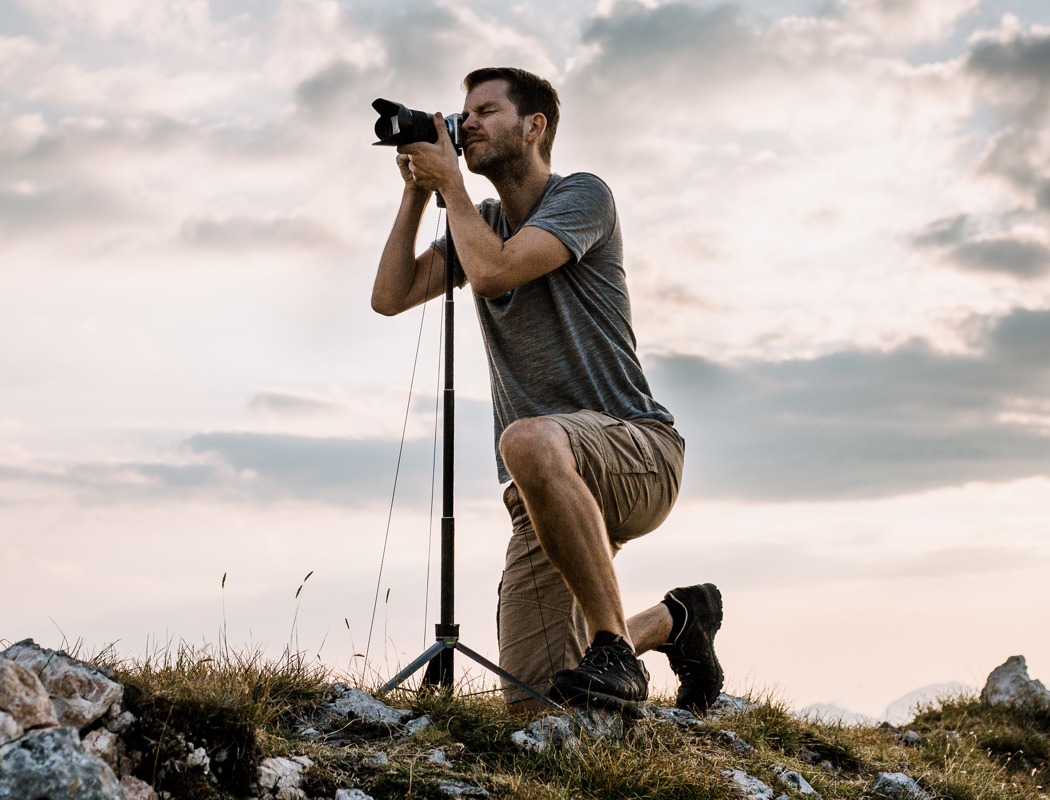 The Time-Touching Watch is an interesting piece of technology. It’s the kind that you wear like a bracelet and because it doesn’t have a dial,…

It’s strange that harnessing solar energy hasn’t picked up in a crazy speed yet. Something tells me the fossil fuel market is notoriously difficult to…

Unlike most upright pianos that use a robust wooden casing to create acoustic reverberation, the Una Corda ditches it all for an exposed design that…