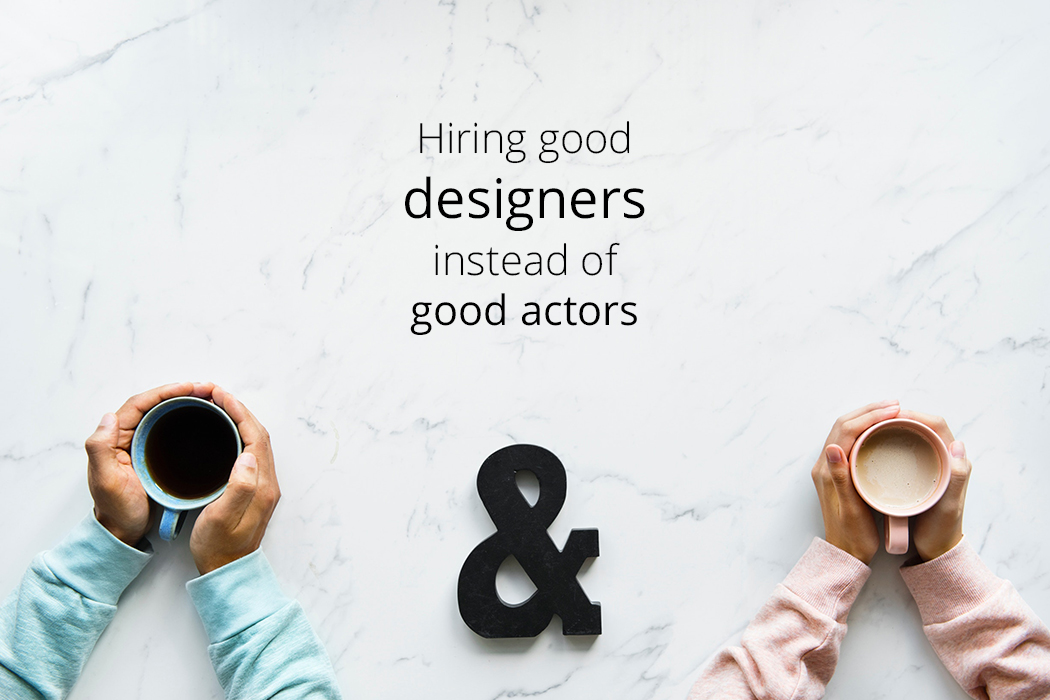 In a personal interview, a lot depends on our assessment of the candidate. The first impression matters and even though we hate to agree, we all know that sometimes we make a mistake in judging the applicants. The write-up below ( Initially published on Inc. by Marcel Schwantes) talks about how the tried and tested job interview technique is not the most reliable tool and the other methods you can replace the interview with.

(P.S. – Connect to accurate profiles for your requirement with Yanko Design Job Board) 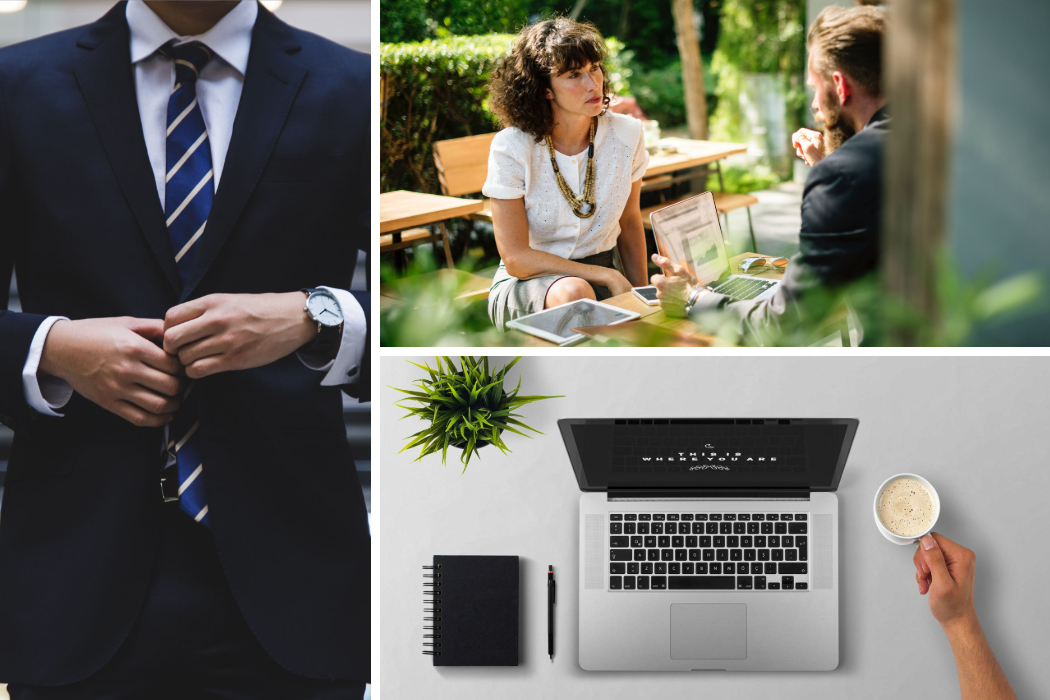 The Job Interview will soon be dead.

Most companies rely on the traditional in-person job interview to make hiring decisions. But I’m here to tell you, it doesn’t work. In fact, it’s a terrible tool. Here’s why: 81 percent of people lie during the interview. No joke, 81 freaking percent!

That’s according to Ron Friedman. He is an award-winning social psychologist and the author of The Best Place to Work, which should get on your Amazon wish list.

Friedman says we are creating a condition where people are being dishonest because, well, plain and simple, it’s the only way for them to get a job.

In other words, lets say I’m interviewing for one of your jobs. If you ask me about a skill I don’t have, it’s pretty clear that if admit that I don’t have that skill, I’m not going to get the job. The only option I have is to talk around it and give you, my potential boss or colleague, a false impression. The result: Employers are consistently getting spoon-fed dishonest answers, and they’re eating it up like candy. 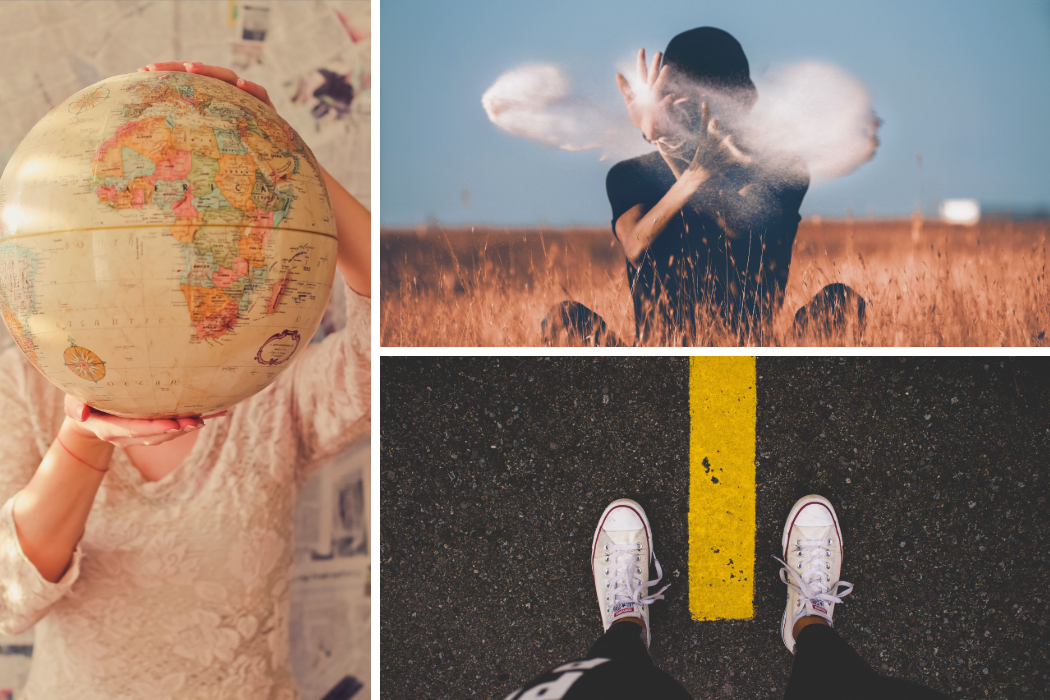 How Our Brains Sabotage Us During Interviews

This is now adding insult to injury, but think about it: Even if you were getting 100 percent honest answers from a job candidate, there’s a real question about whether you would be accurately evaluating the person in front of you.

Friedman says this is because of the ways our brains operate. We have unconscious biases when we look at other people and evaluate their skill set. Chances are you’ve probably interviewed an attractive female, a tall person, or someone who speaks with a deep voice. Here’s what science is saying on each, according to Friedman:

Did your brain trick you into believing any of those things? The research suggests that we can’t help being swayed by these factors, and they affect the way we conduct the interview.

Friedman says that if you, as the interviewer, assume that a job candidate is extroverted, you’re going to ask you a question like, “Tell me your experience leading groups.”

But if you assume that a job candidate is introverted, you might ask a slightly different question, like, “Are you comfortable leading groups?”

While both of these questions may be getting at the same topic, Friedman says when interviewers frame these questions differently due to their assumptions about a job candidate, it leads that person to answer in a way that confirms your (the interviewer’s) initial impression or bias, which may be dead wrong. 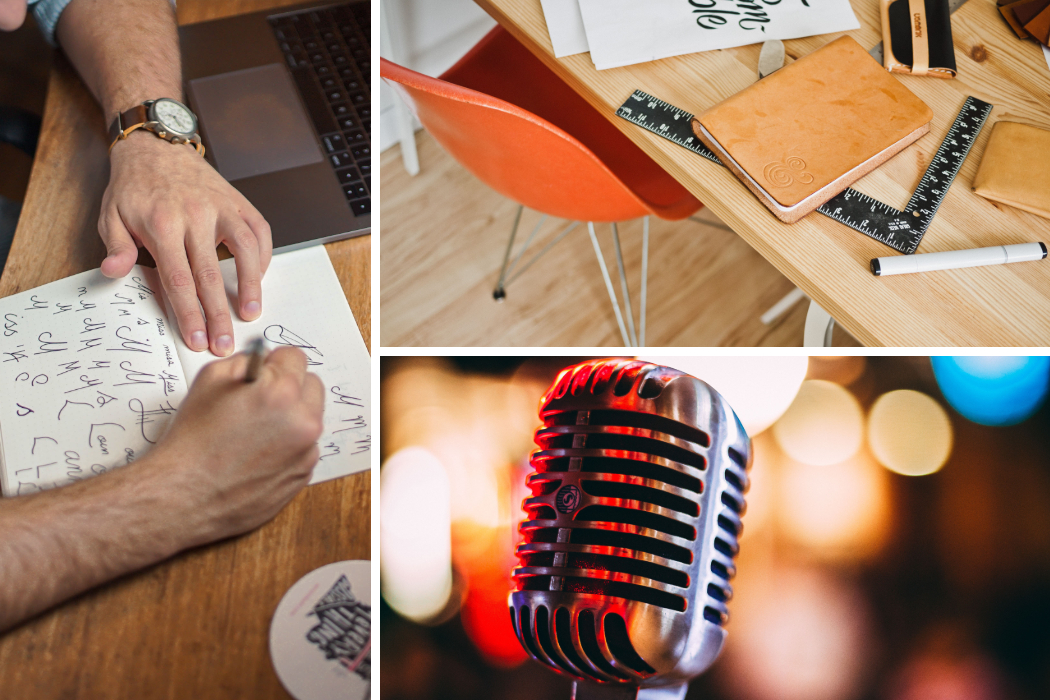 Friedman’s argues that we should disrupt the HR process of live, in-person interviews and replace them with “job auditions” that are relevant to the tasks for the job.

It makes sense. Musicians and singers have to audition. Actors have to audition. The people employing them don’t sit down and dart scripted questions their way. They want to see them play, sing, perform. Doesn’t it make sense to audition a prospective employee for the same reasons, before they sign an offer letter?

For example, if you’re looking to hire a sales rep, bring the candidate in for a few hours and have that person sell you and members of your team on your product.

If you’re hiring Web designers, bring them in and have them design a landing page for you.

In either case, your first impression will be based on seeing them do their job, rather than how well they’re answering your scripted questions. The same goes for behavioral interviews.

The data from Friedman’s research confirms that when we choose auditions versus interviews, we can create a far better approach to hiring people, and a better workplace that has the right people you want for your jobs and your culture.

Case Study: Menlo Innovations
This Michigan-based software developer calls it “extreme interviewing,” without a single question fired at applicants. When applicants arrive for their audition, CEO Richard Sheridan tells them in his introduction, “This is not about what’s on your résumé. This is our best attempt to figure out are you a good fit for our culture.”

In an effort to simulate their work environment, they bring in 50 job candidates at one time and pair them for 20 minutes. This is because work at Menlo is done in pairs, two people sharing a single computer, passing the mouse back and forth while brainstorming ideas.

They give them an exercise typical of the kinds of work done at Menlo. While the pair work together, a staff member observes their interactions. At the end of 20 minutes, everyone will get new exercises, new partners, and new observers. Twenty minutes later, they will switch for a third time.

What’s being evaluated in this audition process is whether job candidates bring out all the best qualities in their partners and make them look as good as possible.

Menlo’s culture thrives on an open-space, collaborative setting. Sheridan says they look for candidates demonstrating their best “kindergarten skills” and how well they play with others.

In this type of hyper collaborative space in such close quarters, culture fit is beyond a must. The audition is designed to ensure that no person comes on board unless everyone on staff is happy to have the person.

After extreme-interviewing sessions, Menlonians (as they are affectionately known) collectively decide which candidates to invite back to a full-day’s audition, for pay, working on real client projects alongside two other Menlonians.

The best of the bunch will then return for one more round of three-week paid trials. 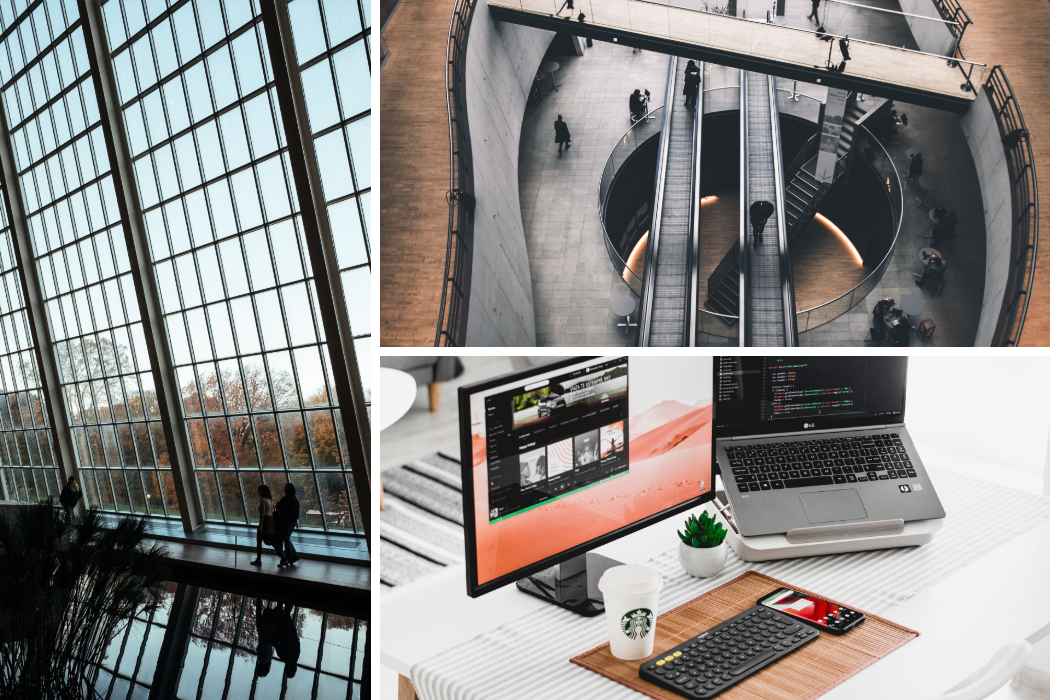 The people behind WordPress.com “believe in making the Web a better place.” They also believe in reinventing interviews with “tryouts.”

After losing a bunch of hires, CEO Matt Mullenweg saw something was broken. He writes in Harvard Business Review:

It became clear that we were being influenced by aspects of an interview–such as someone’s manner of speaking or behavior in a restaurant–that have no bearing on how a candidate will actually perform. Some people are amazing interviewees and charm everyone they talk to. But if the job isn’t going to involve charming others, their interview skills don’t predict how well they’ll do as employees. Just like work, interviews can be “performed” without real productivity.

Now, every final candidate that makes it that far works for the company for three to eight weeks on a contract basis, doing real tasks alongside the people they would actually be working with if they had the job.

The goal, says Mullenweg, is not to have those candidates finish a product or do a set amount of work but for a quick and efficient assessment of whether it would be a mutually beneficial relationship.

To keep it simple, Automattic pays a standard $25 an hour, whether the candidate was hoping to be an engineer or the chief financial officer.

It works, as both sides are able to size each other up. Candidates applying to work in customer support will be talking directly to customers. Engineers will be writing real code. Designers design. This gives a clearer picture for candidates, many of whom drop out early in the process voluntarily, saving each side a lot of time.

Tryouts are effective at helping the company see “how well candidates self-motivate, how well they communicate in writing (because most of us work remotely, we rely heavily on instant messaging), and how they deal with mistakes,” says Mullenweg.

The final step ends in an interview with Mullenweg, but it’s not what you think. He explains:

I conduct interviews via text-only Skype chats or instant messaging. I don’t know the gender or ethnicity of anyone I interview; I see only the words on the screen. It’s as close to a double-blind process as you can get. I’m looking mainly for passion and cultural fit. Of the people who make it to the final interview, 95 percent get a job offer–a testament to the effectiveness of our approach.

While traditional interviews aren’t going away any time soon, tightening up an interview process with tryouts or auditions is critical to hitting your target. It lessens the length of time from initial résumé-screening to hire, safeguarding companies from the loss of productivity that results when workers are pulled away to interview good “actors.”

This approach may seem dramatic but in this rapidly changing world, it may be the change that helps you land that perfect candidate. We need to keep in mind that the creative process matters, sometimes even more than the output itself. And if the thought process matches, it will be a seamless transition to joining the existing team.

Our endevour is to create a gain in efficiency and speed by connecting you to your ideal candidates. Yanko Design has curated Industrial Design followers for the past 15+ years, and we know these are the best match for your company. To recruit now,  Post a Job with us!

The original write up by Marcel Schwantes published on Inc. can be found here. 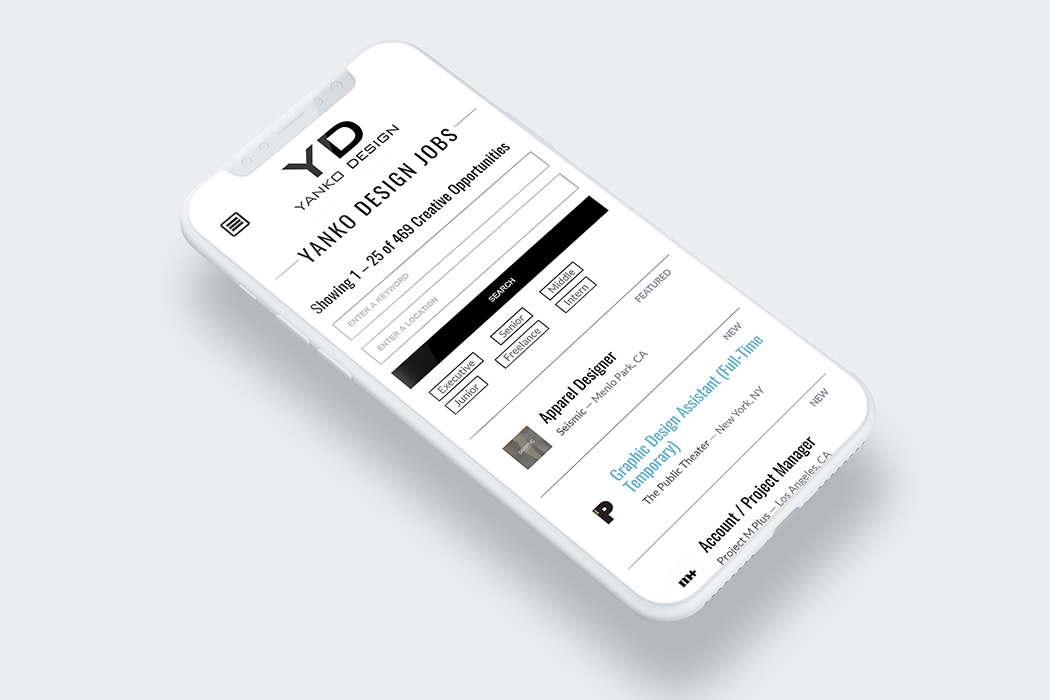 Providing rehabilitation to the kneecap, the Kneesup goes the extra mile by also coming with a health tracker in it. The lightweight device comes made…

Even Birds Are Going Green

This is a really simple concept but one I want like yesterday. The Solar Birdhouse is exactly what it says. The roof has a solar…

Octopuses (octopodes, octopi) are extremely intelligent creatures. They’ve been known to correctly predict the future, escape from the tiniest of openings, and even open jars……

Push-Pull; Tug Of War Is Over!

Sticker industry may get a setback because their “Push” and “Pull” stickers may soon get redundant. The In & Out Door solves the problem of…