2016’s World’s Best Pen comes back to get immortalized in the forever metal. Delighting pen enthusiasts (penthusiasts?) for two years in a row, the Kosmos Pen is back in a new, titanium avatar while retaining the same classic design.

Christened the Kosmos Titan, the writing instrument is precision milled from a solid Grade-5 Titanium billet. With a newly devised magnetic system on the inside (featuring neodymium magnets), the pen’s opening/closing action works like an absolute charm, with its simple yet sophisticated ‘click’. The pen comes in a matte version like its aluminum counterpart, but also makes itself available in a mirror finish variant, which promises to never lose its luster or collect scratches, thanks to Titanium’s physical properties. The Mirror-Polished Version of Titan runs through multiple extensive polishing stages to give its superior surface finish which promises to last a lifetime and some more.

Designed with the award winning aesthetic of the original Kosmos, but with a material upgrade, the Kosmos Titan retains the same two-piece pen construction. The matte variant comes in a space gray color, accentuated by a chrome belt running along the middle (visible when the pen is closed). The mirror finished titanium variant features a gun-metal colored belt that punctuates its design beautifully, doing full justice to the Red Dot Best of the Best Award it has to its credit.

Looks like the Kosmos Titan is more pen-tastic and pen-credible than before! 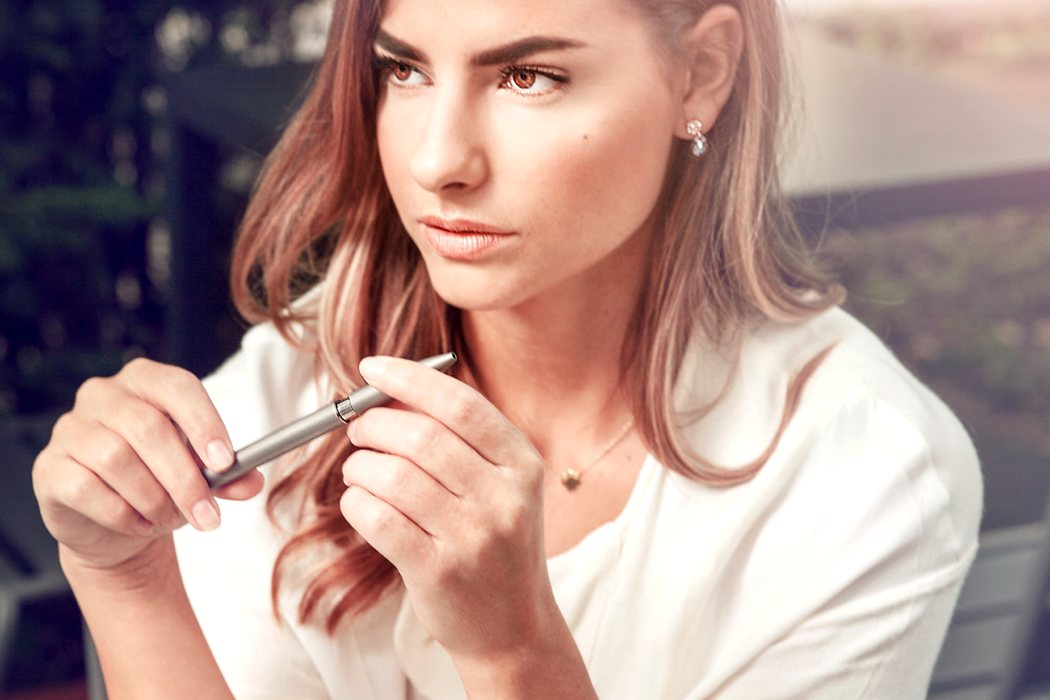 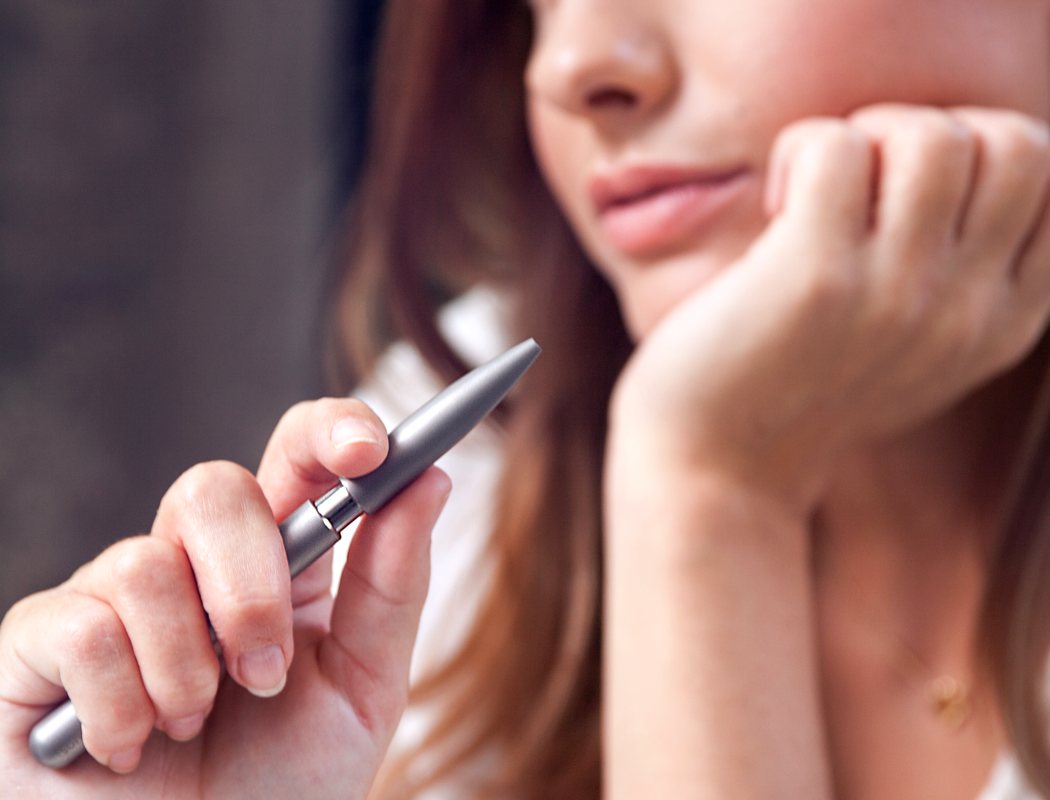 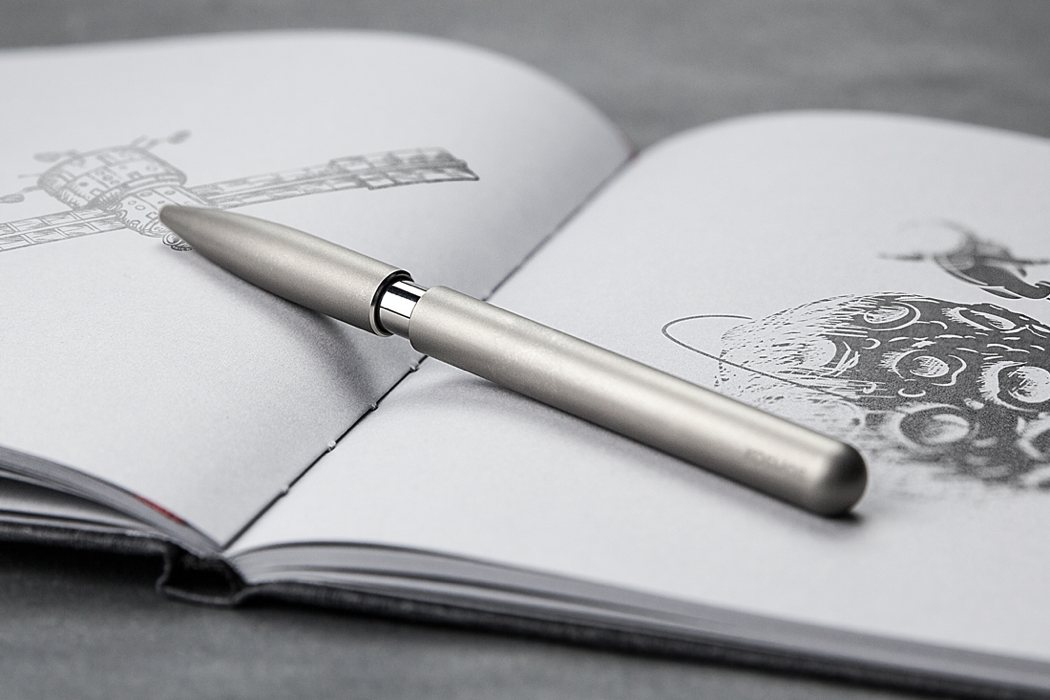 Fun to Play! – The simplest and most intuitive way to get a pen ready for writing: our new mechanism makes it possible.

Designed by Nature – The minimalistic design of KOSMOS is based on a universal pattern of nature: the Golden Ratio. 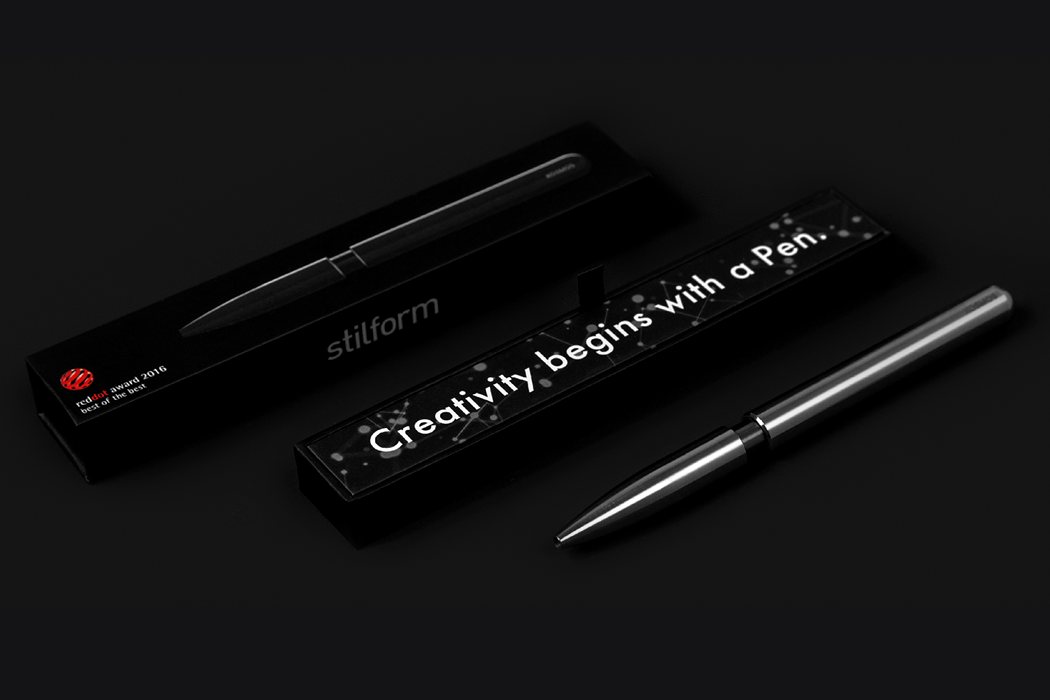 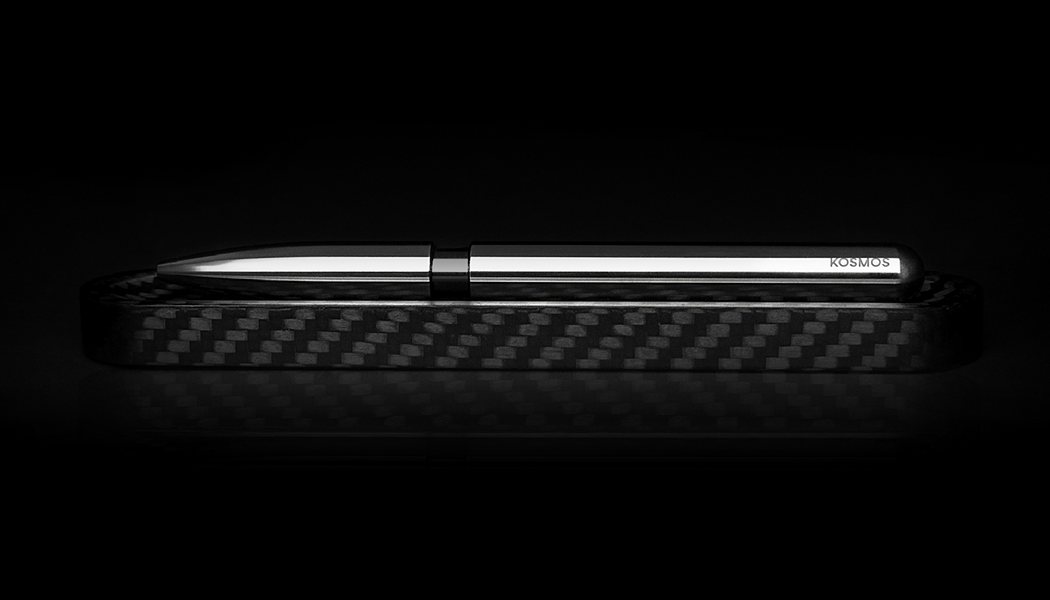 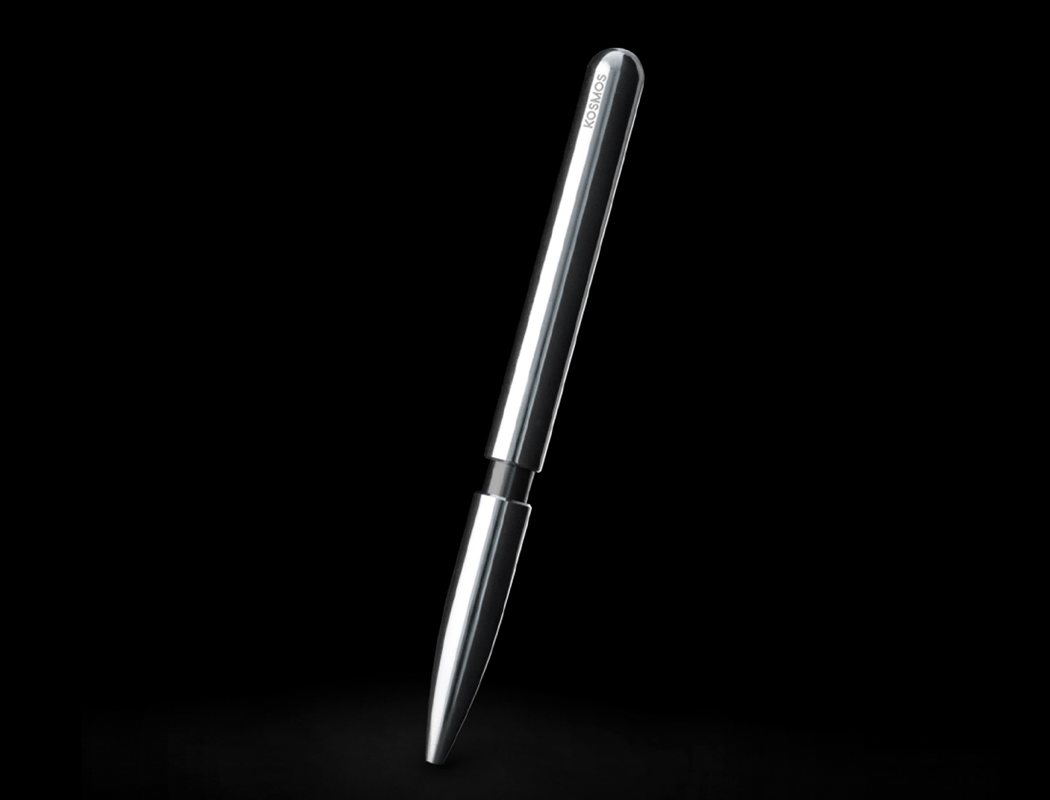 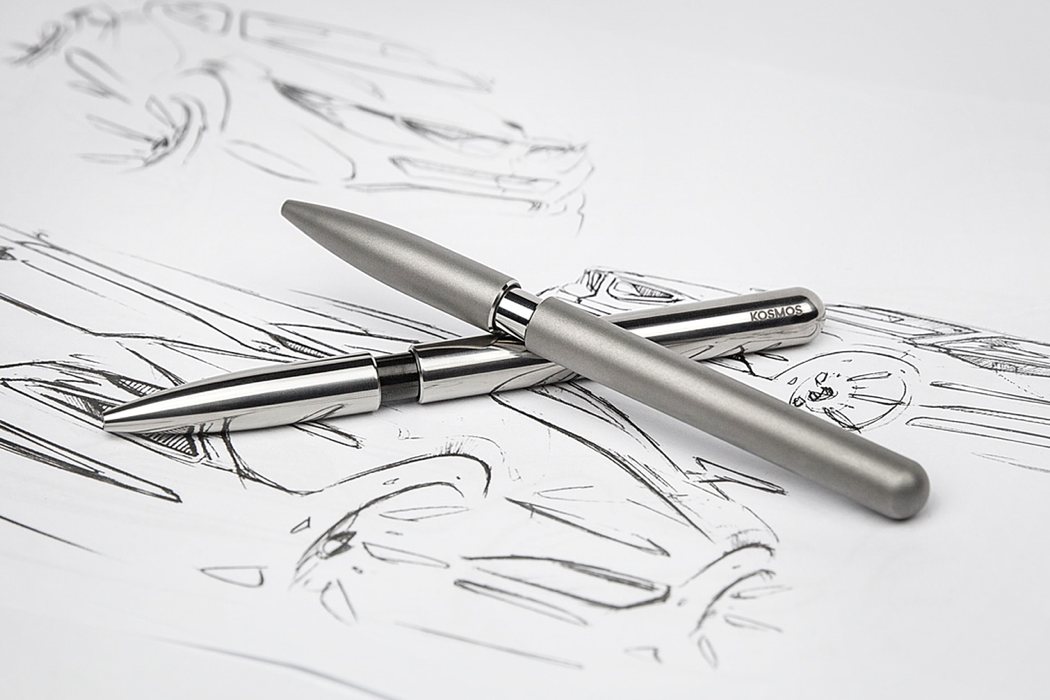 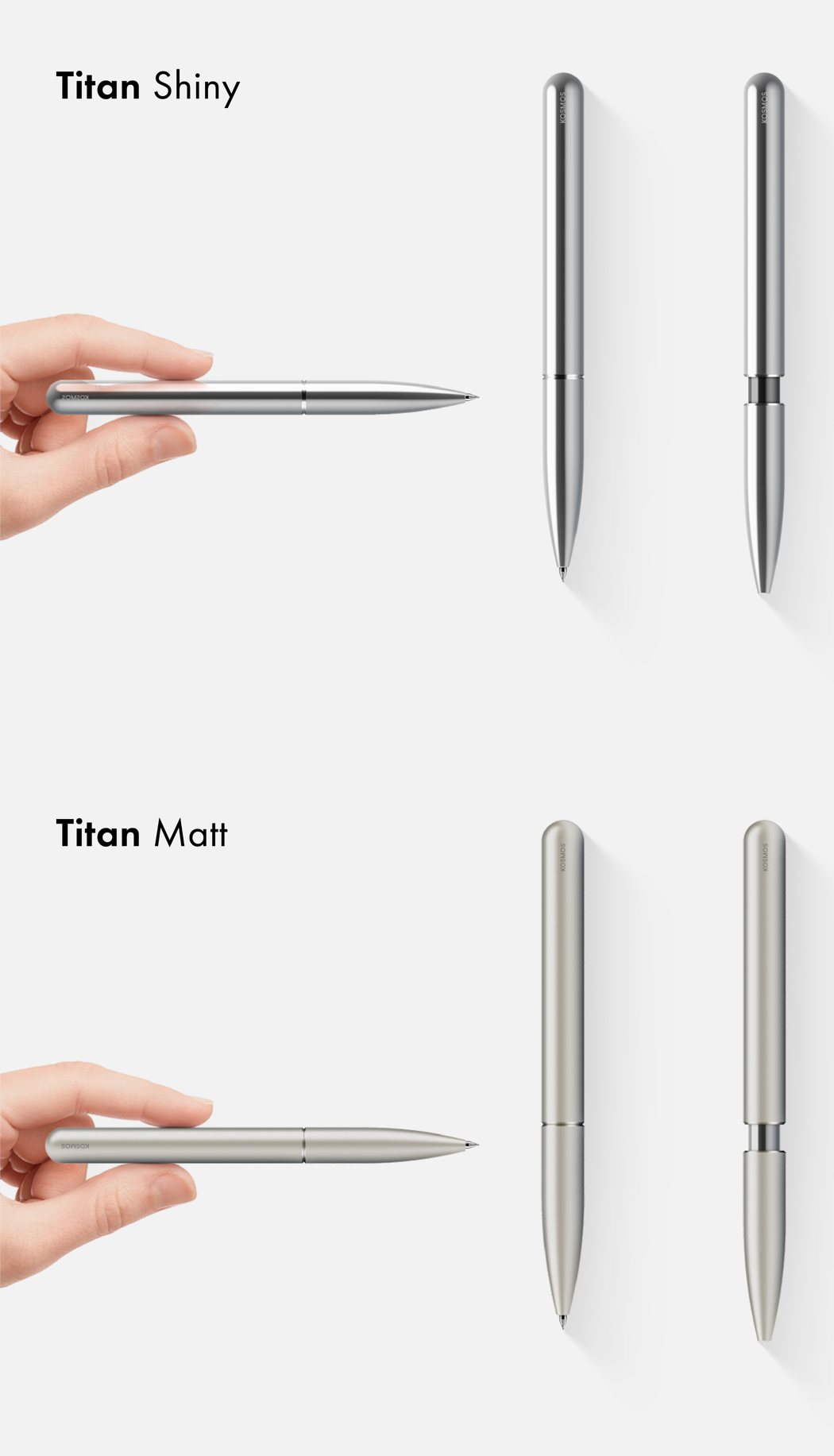 The Finishing Touch for Your Minimalist Kitchen

A collaboration between JIA Inc. and renowned Japanese industrial designer, Naoto Fukasawa, winner of the 2018 Isamu Noguchi Award, the Monolithic cookware series is one…

The Lazy Teapot by Lotte Alpert

A porcelain teapot is put in its associated holding device where it can be swayed forward well, directed so that the tea can be easily…

As digi-painting application technology expands, so does the need for digital artistry tools. The Chromopen concept makes choosing colors for matte-painting a cinch. The user…