The coconut is one tough nut to crack. There’s a practice here in India where we crack a coconut against the floor during important religious rituals, and they say if you can’t break it at the first shot, that’s a bad omen. I’ve had my share of bad omens. Not just during rituals, but even in the kitchen… the talent of cracking coconuts just eludes me.

The Cococrack brings technique to what would normally be an act of strength. Using basic principles of physics, and clever design, it allows you to open up coconuts in what seems like a more sophisticated (and less barbaric) way, allowing you to first drain the liquid, and then break open the shell.

The Cococrack consists of two implements. A wide conical screw, and a prying tool. The screw helps initially break through the coconut’s hard shell by digging its way into one of the coconut’s eyes. The more you turn, the more the screw wedges in. When cracks begin emerging, flip the coconut over and let the milk drain out. Then simply insert the prying tool into the cracks and rotate it, causing the coconut to fall apart piece by piece, just waiting to be eaten or shredded and used as garnish! Yes Brad, you can put your chainsaw back. 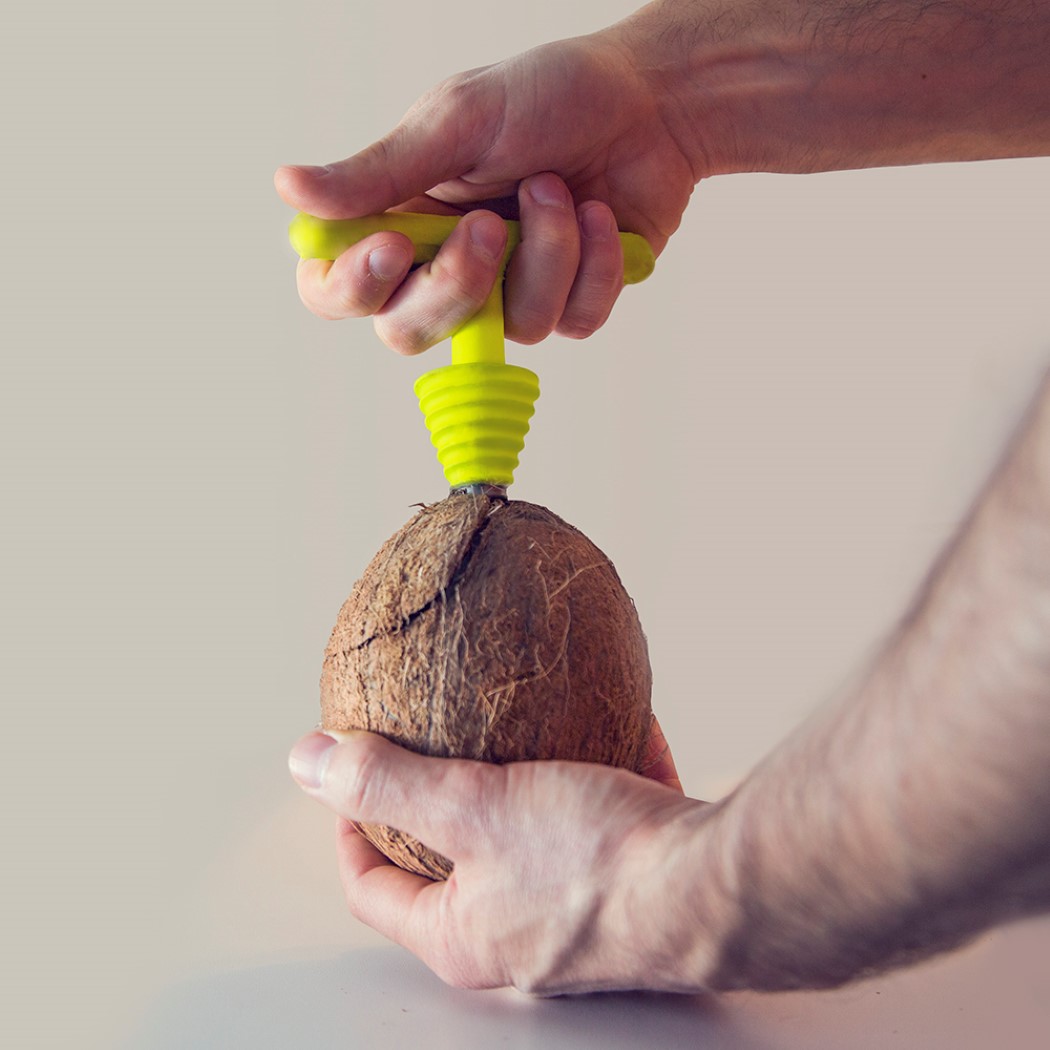 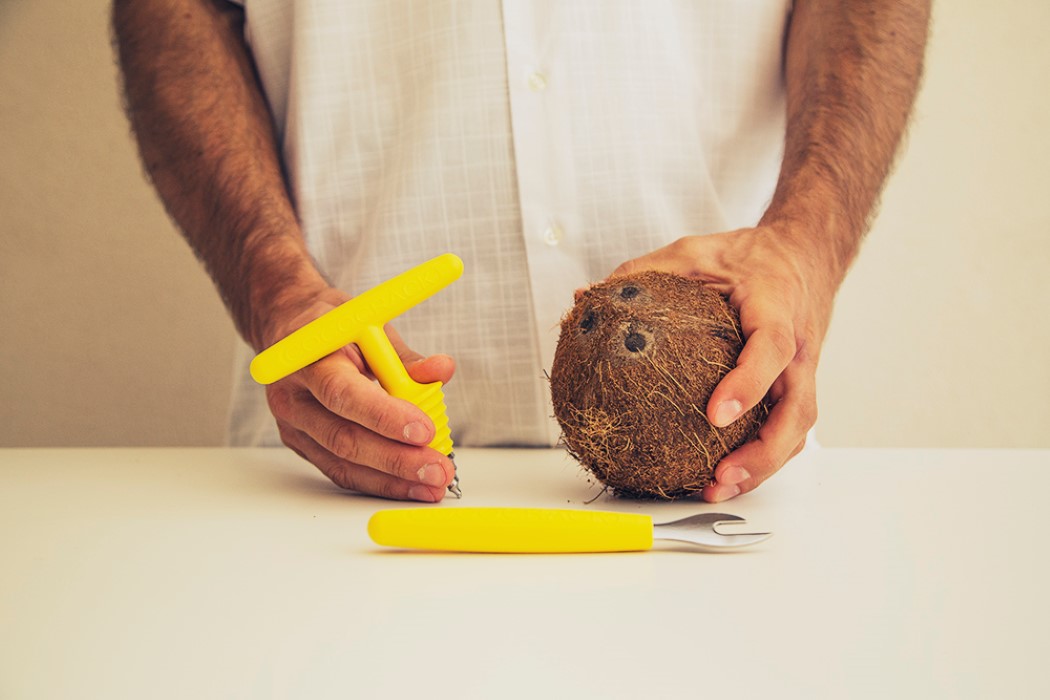 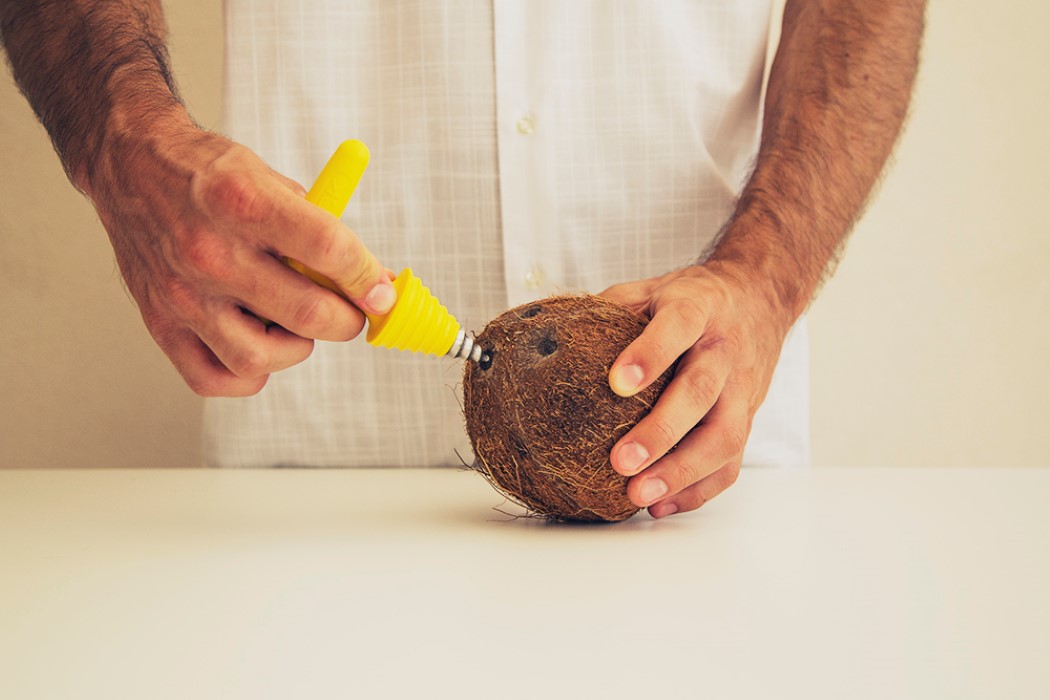 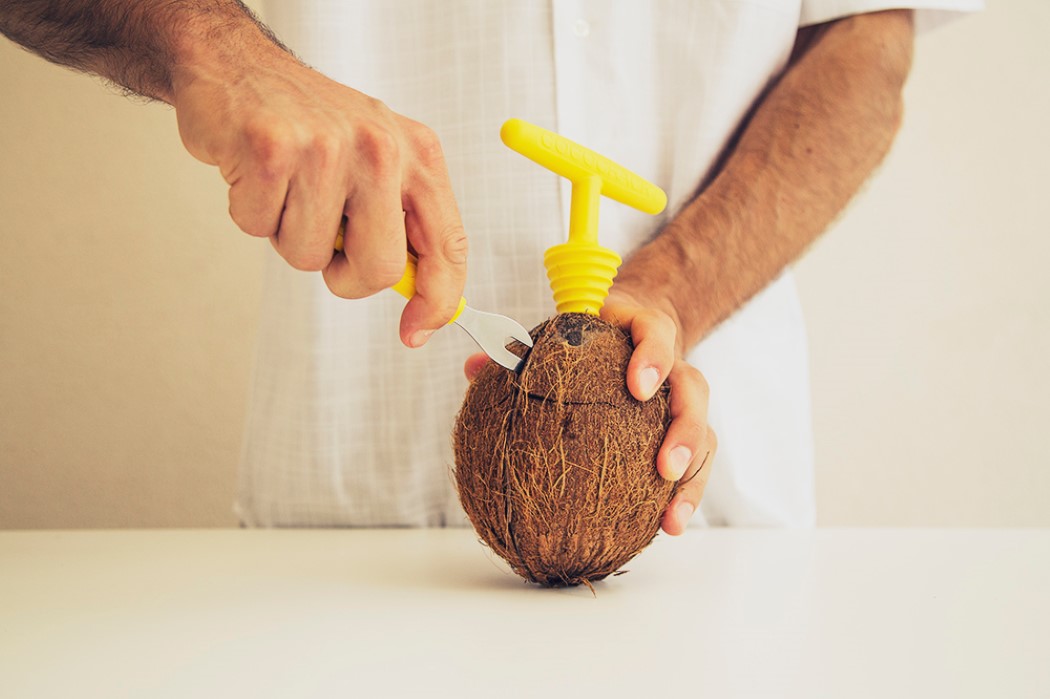 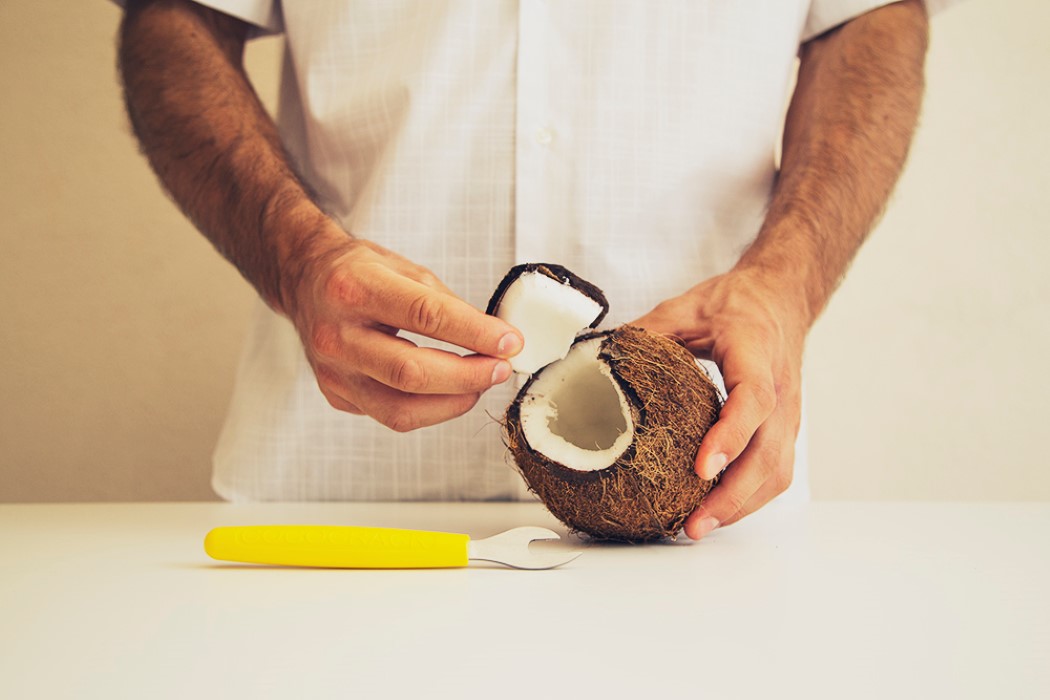 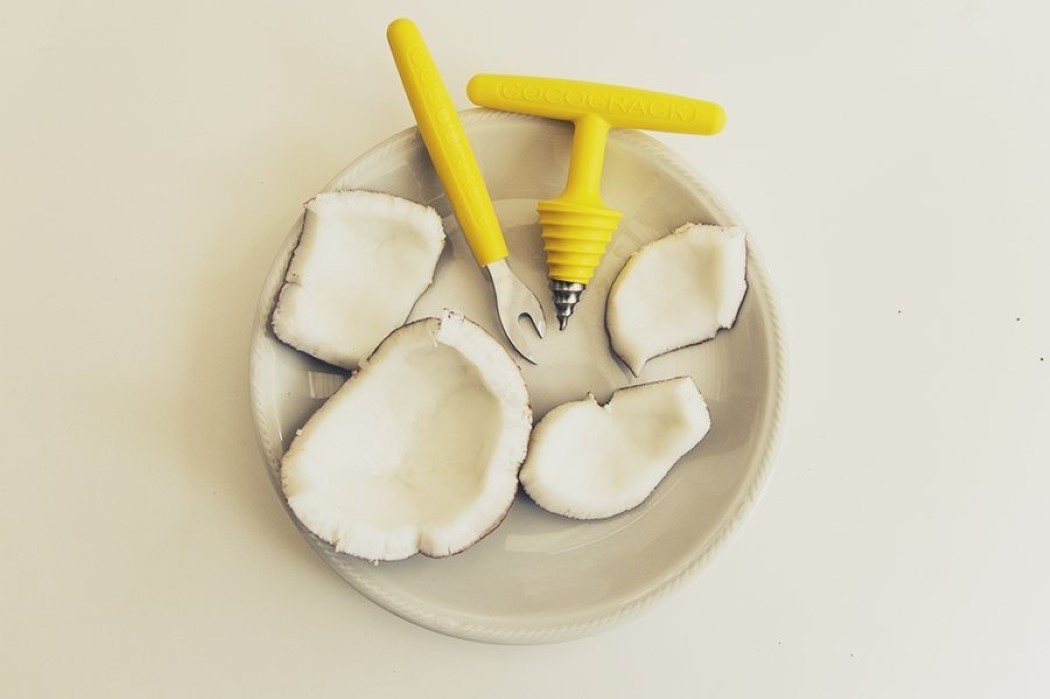 The Duet is a clever faucet that focuses on ways of making grey water easily accessible for doing the dishes. Essentially the faucet has two…

Rarely do we feature a product you can actually buy so if you fancy this timepiece called the Watch3, keep reading. The numerics are printed…

Green Walls Anyone Can Grow

The phone with a social crusade

Do you remember what life was like fifteen years ago without smartphones? Or even phones loaded with features? We would spend time with people, observe…