In what would normally be the size footprint of a flashlight, the Kelvin 36 Ultra Urban Multi Tool cleverly organizes 36 tools (including said flashlight).

I say cleverly because of the way the tools are organized. On the front, lies the flashlight, which rests above a screwdriver bit holder. The flashlight points directly where one would need it to while screwing in something. The holder folds in to keep the form compact, and even locks at 90° (as opposed to the fully opened 180°) giving you not only the ability to tighten screws in difficult-to-reach spots, but also giving you extra torque for those hard-to-turn rusted screws.

Open the Kelvin 36 Ultra to reveal 26 interchangeable hardened CR-V screwdriver heads, all from small bits that can tighten screws on spectacles, to the largest of bits, to Allen keys, Torx bits, to even a box-cutter. Resting underneath that is a corkscrew (there’s also a regular bottle opener built in)… again, appropriately placed for easy-twisting. Built into the Kelvin 36 Ultra is also a measuring tape, and a leveling spirit guide. Once you make measurements, you can even hammer in nails with the cast zinc hammer-head located on the back.

The Kelvin 36 Ultra is a full blown tool-shed in your hand. You can literally go from opening that IKEA box to assembling the furniture inside with literally just one tool. It makes the Swiss Army Knife look like a pretty little toy. 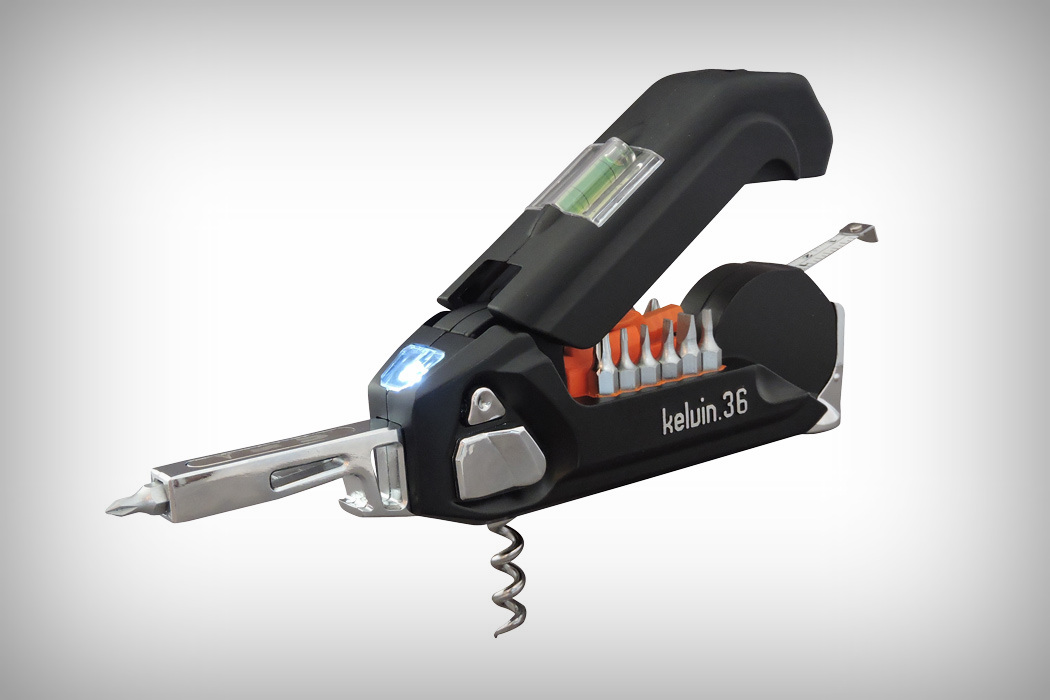 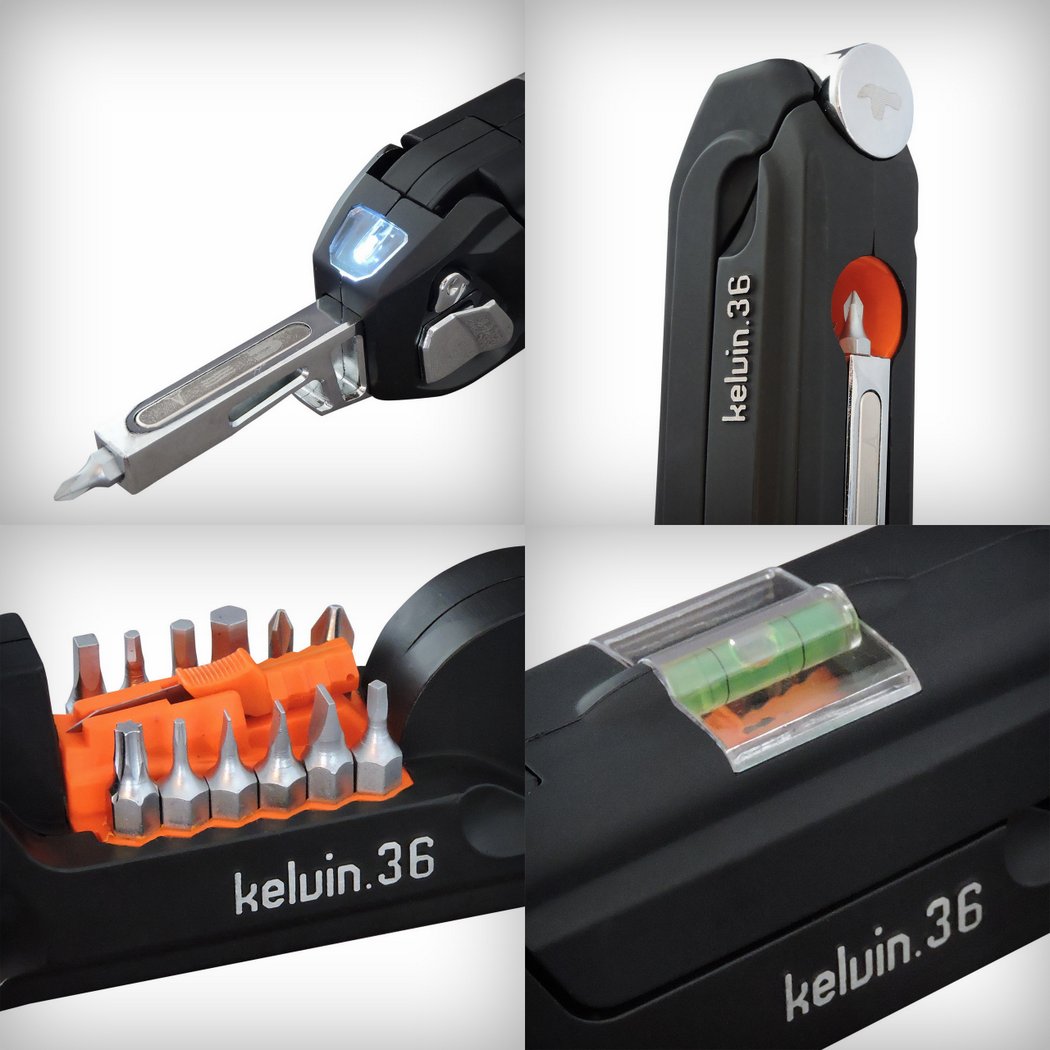 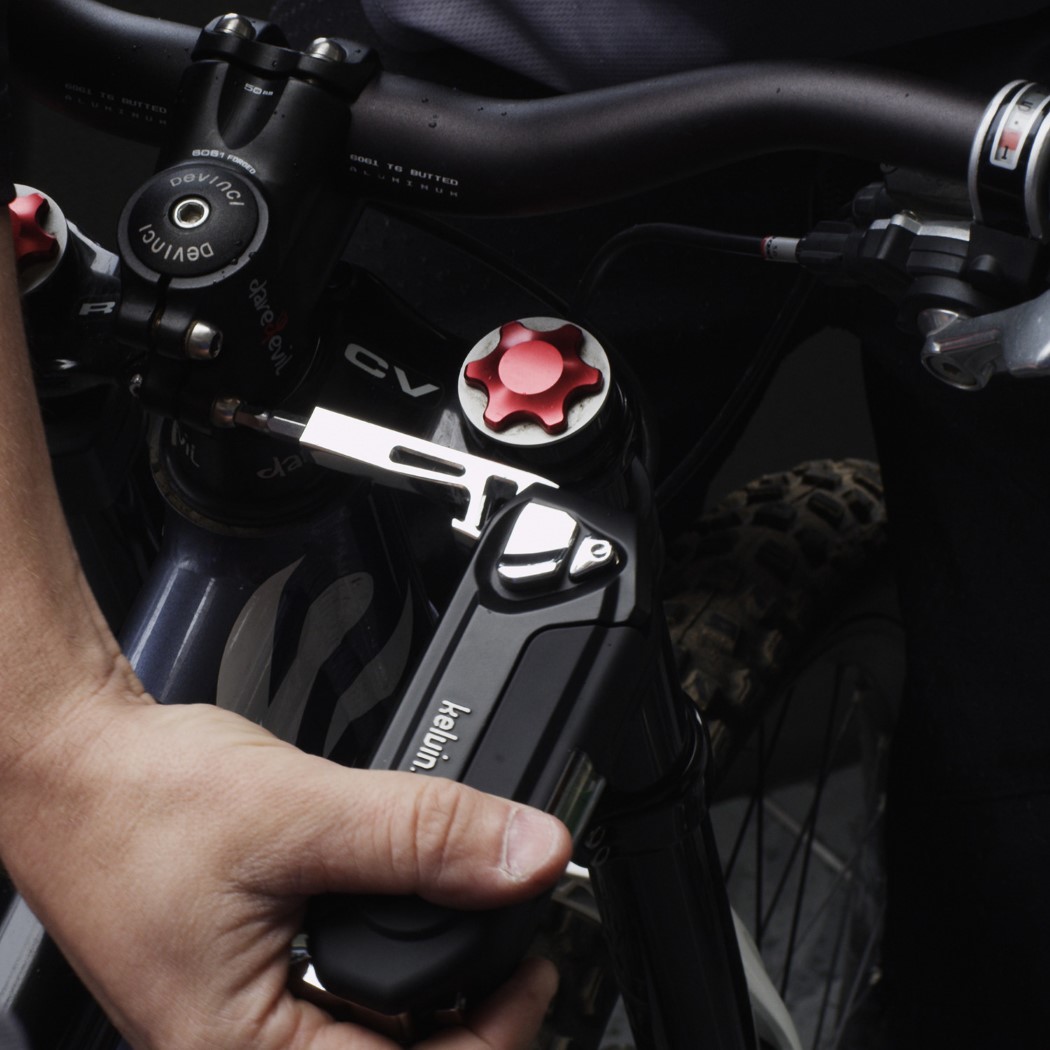 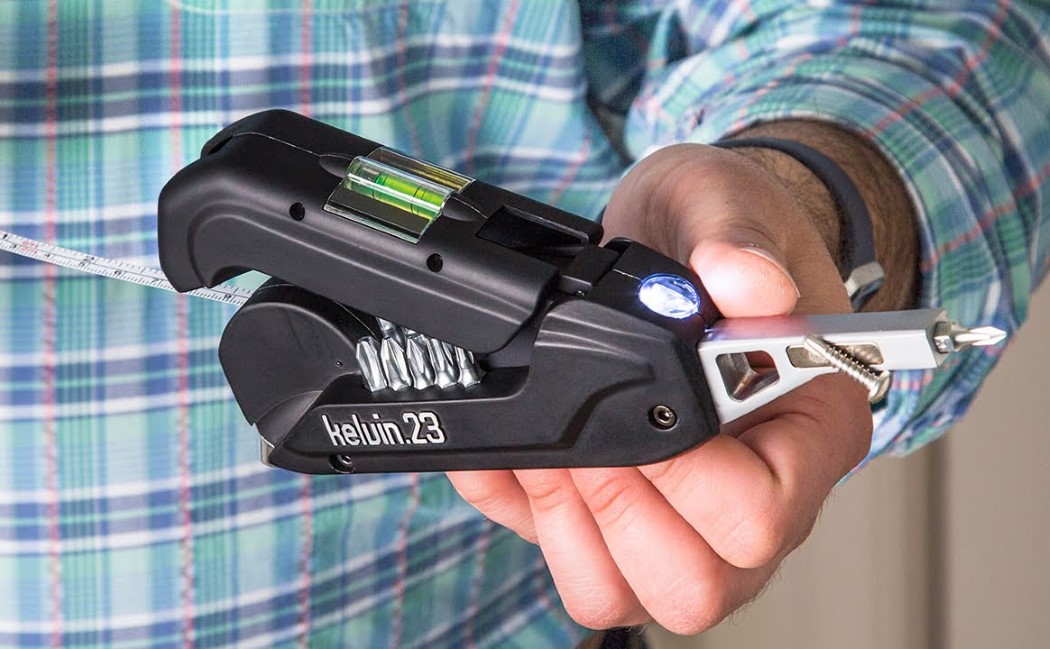 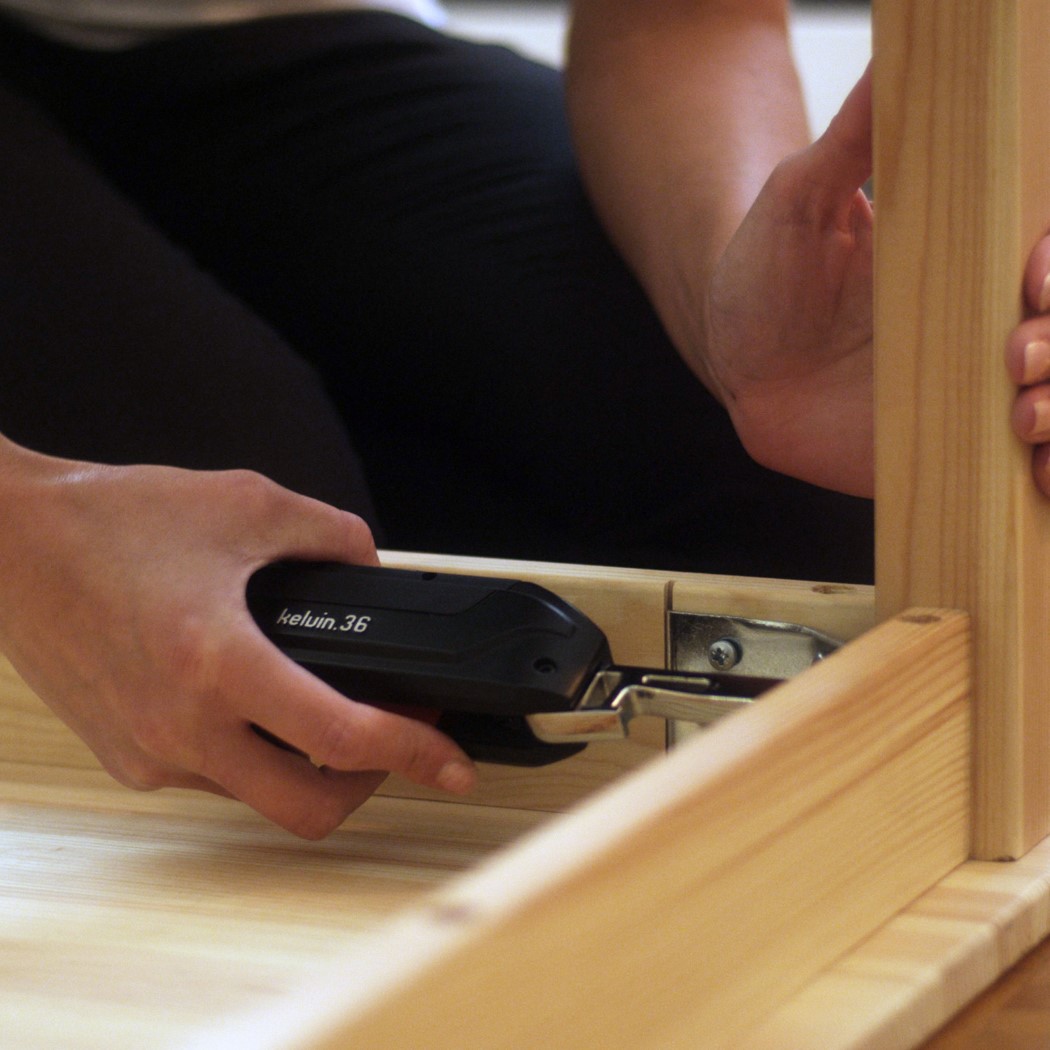 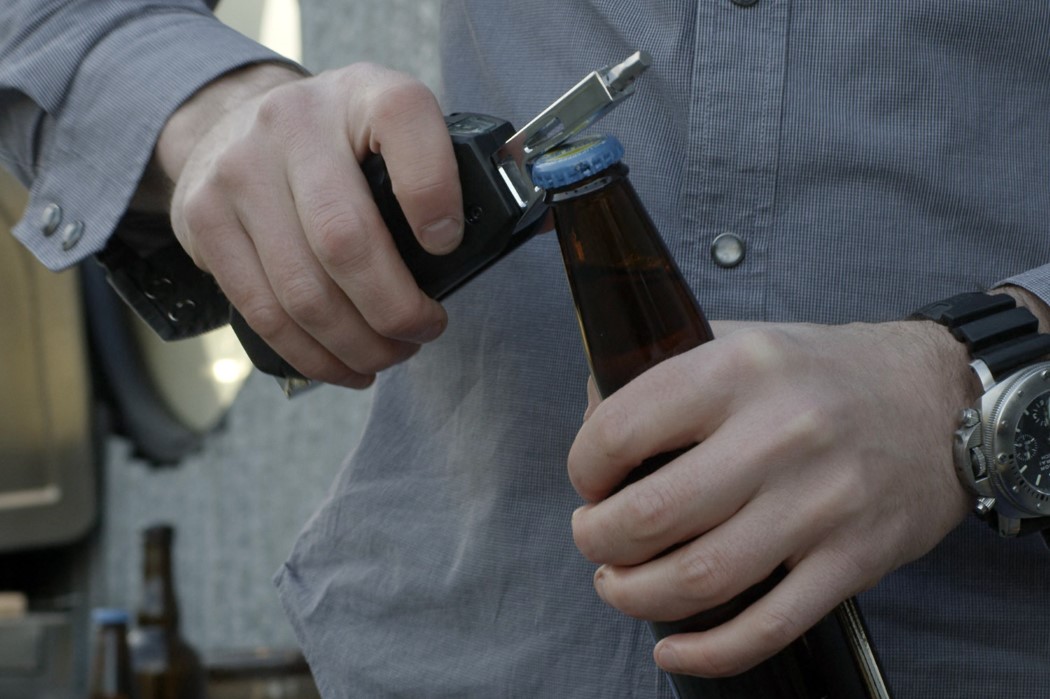 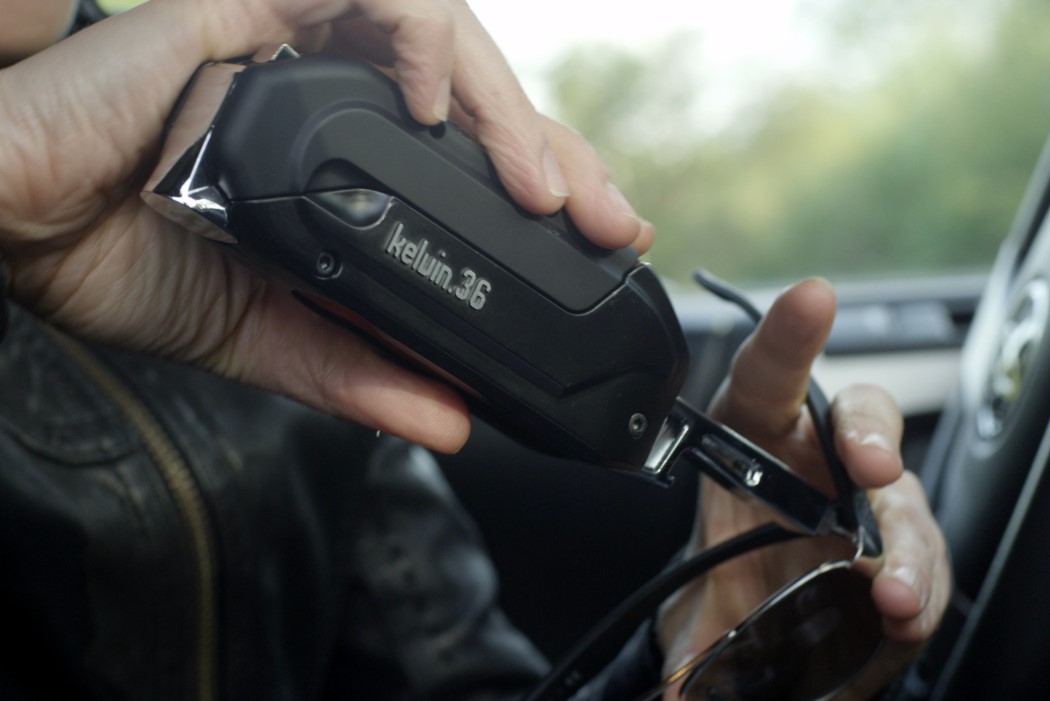 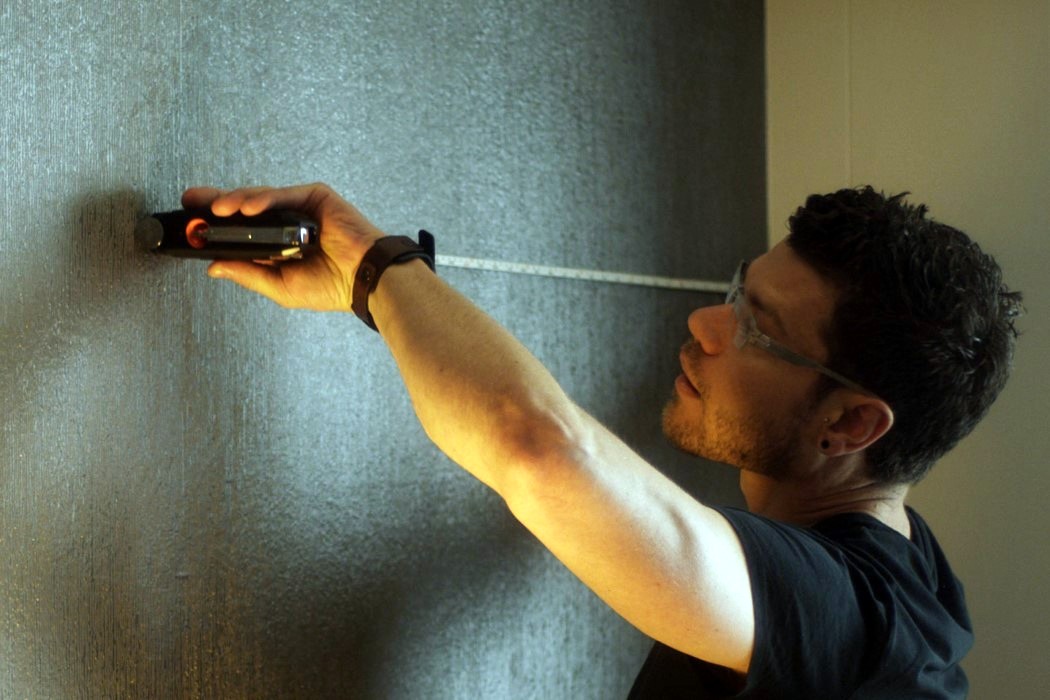 You know what’s more of a chore than shifting houses? Buying gifts for people who just shifted houses. You don’t know what they have, what…

Minimalistic in style yet complex in shape, the Spider collection offers a diverse selection of spindly lighting solutions for every type of space. Varying between…

Like a precision calliper tool, 08 Radio by Mikael Silvanto lets you precisely find the station you want by sliding the entire radio unit up…

However simple, the eco-friendly T-Spray bottle is incredibly innovative in a number of ways! For starters, the bottle features a squeegee adapted directly onto the…