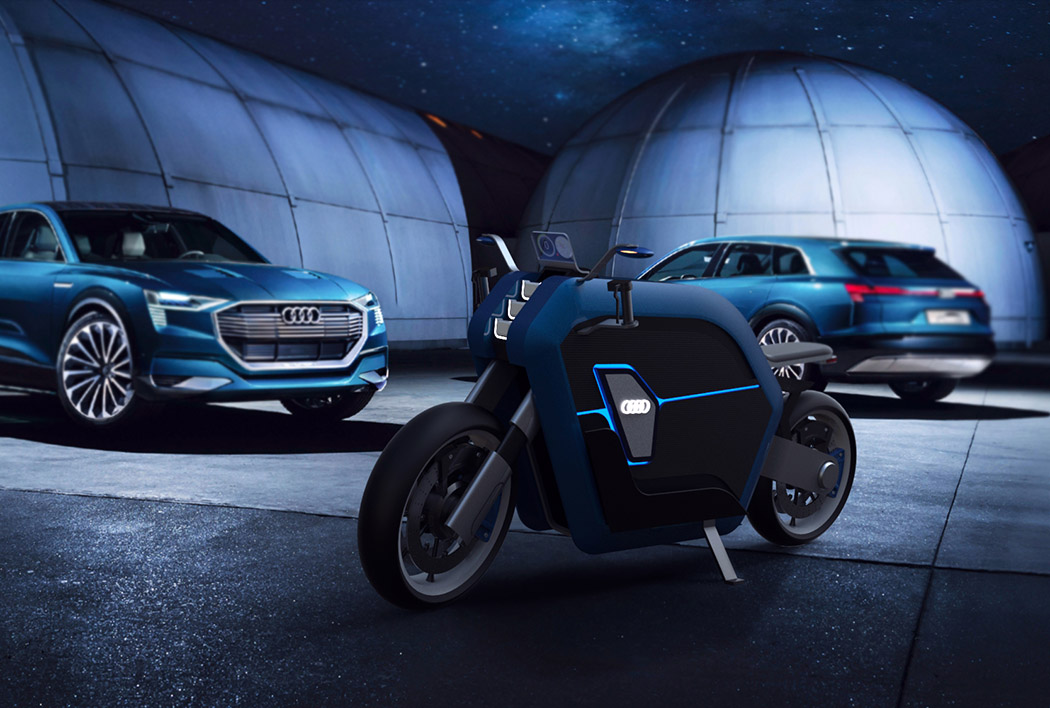 As much as we wish they did, Audi doesn’t make a moto (unless you consider the fact that they own Ducati)… but if they did, you can be sure it’d have a flat torque curve, and silently creep across red lines! Just like this concept: the Audi R1 e-tron.

Truth be told, I didn’t love it until I saw it up against some other members of the Audi fleet. As time went on, it began to look like a natural addition to the family, albeit a smaller one. Aesthetically, the shape is quite similar to other e-bikes, but it’s the details set it apart. Side body flares, a barely-there cowl-less seat, ultra-thin instrument cluster panel, three tiered front lighting, and side lights that change with the driving mode. What stands out the most, however, is a colored monocoque frame that seems to keep that big battery’d body in tact. 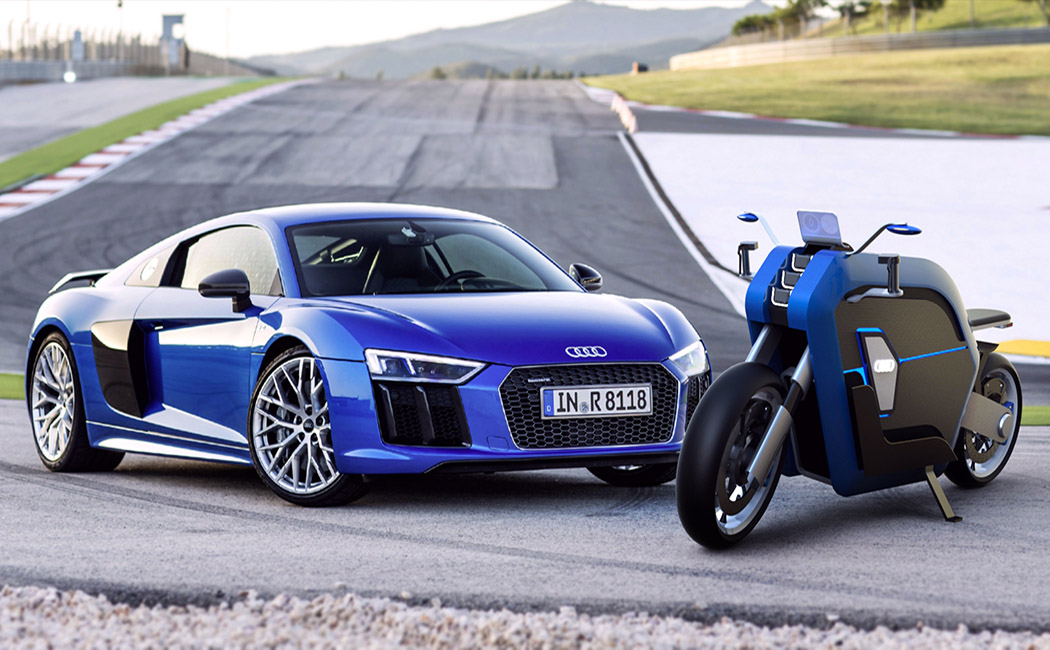 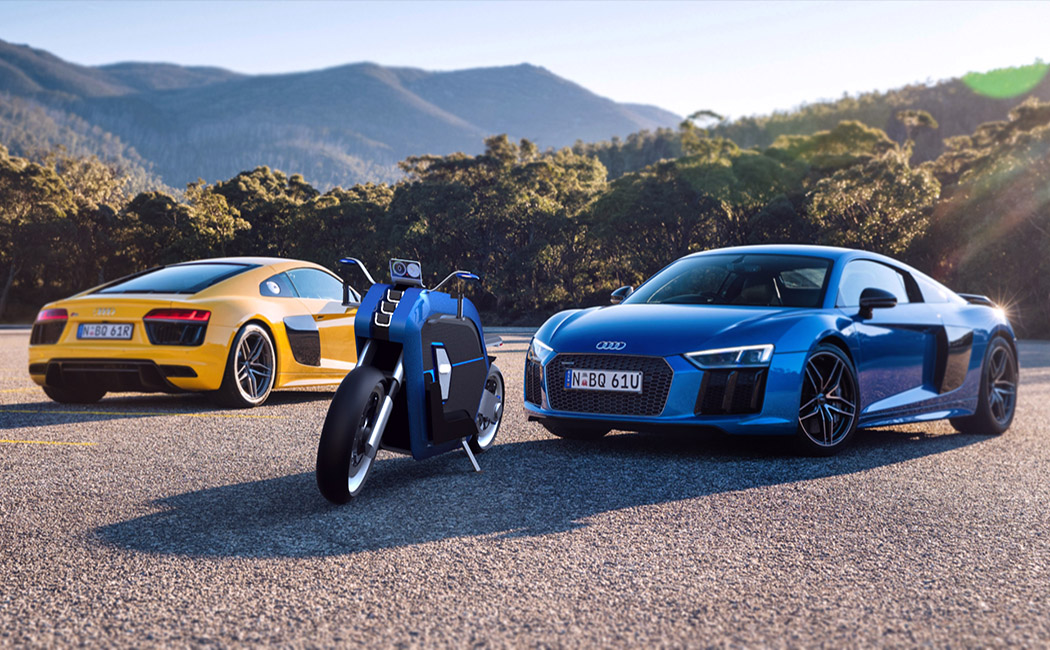 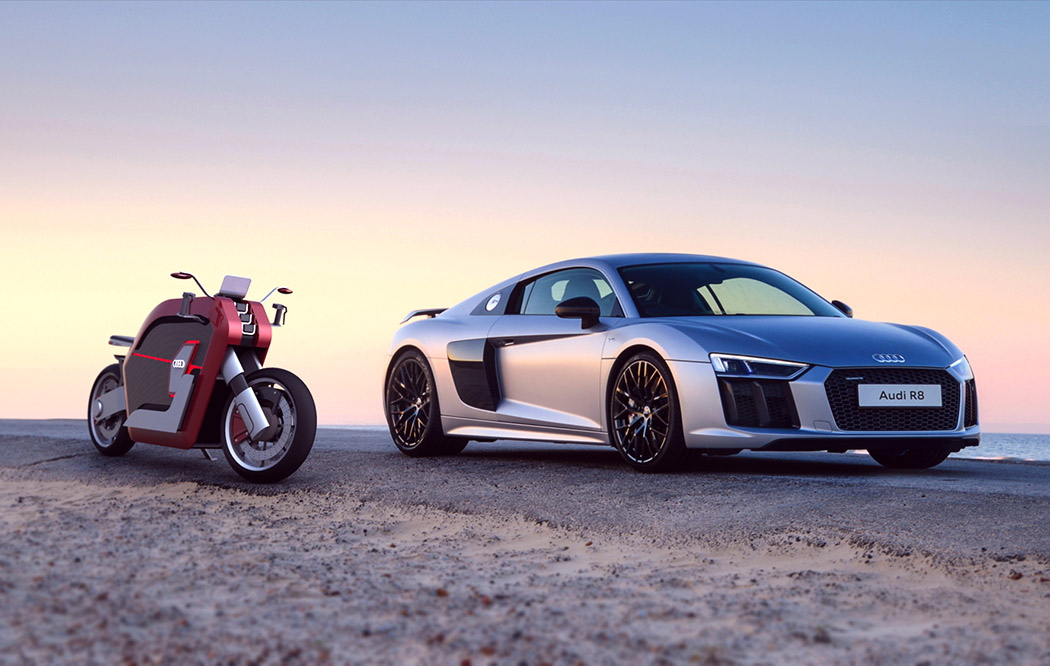 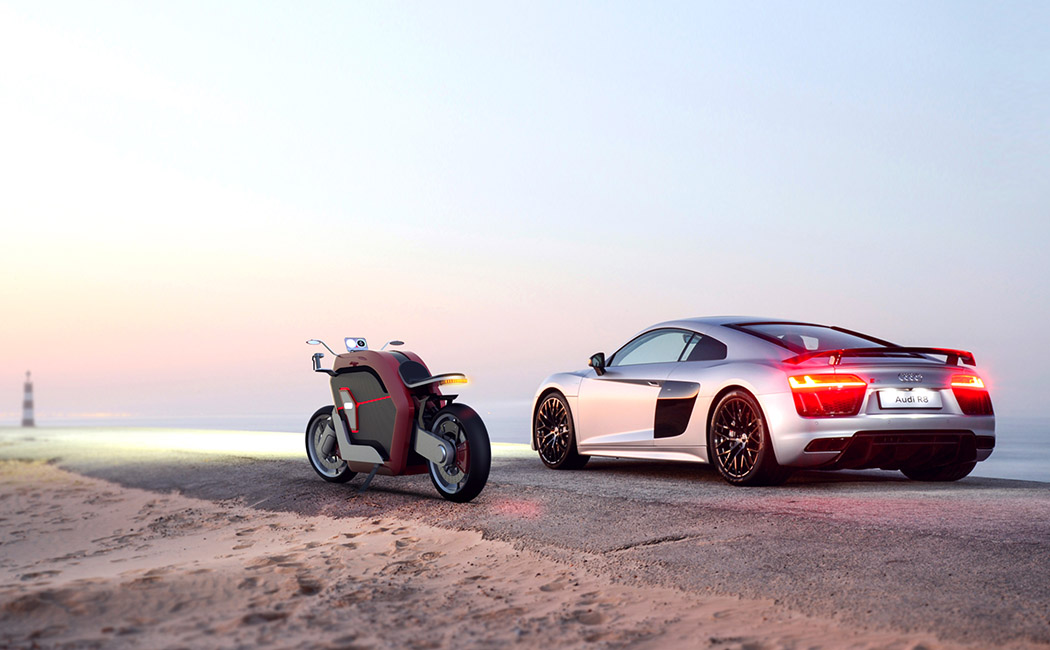 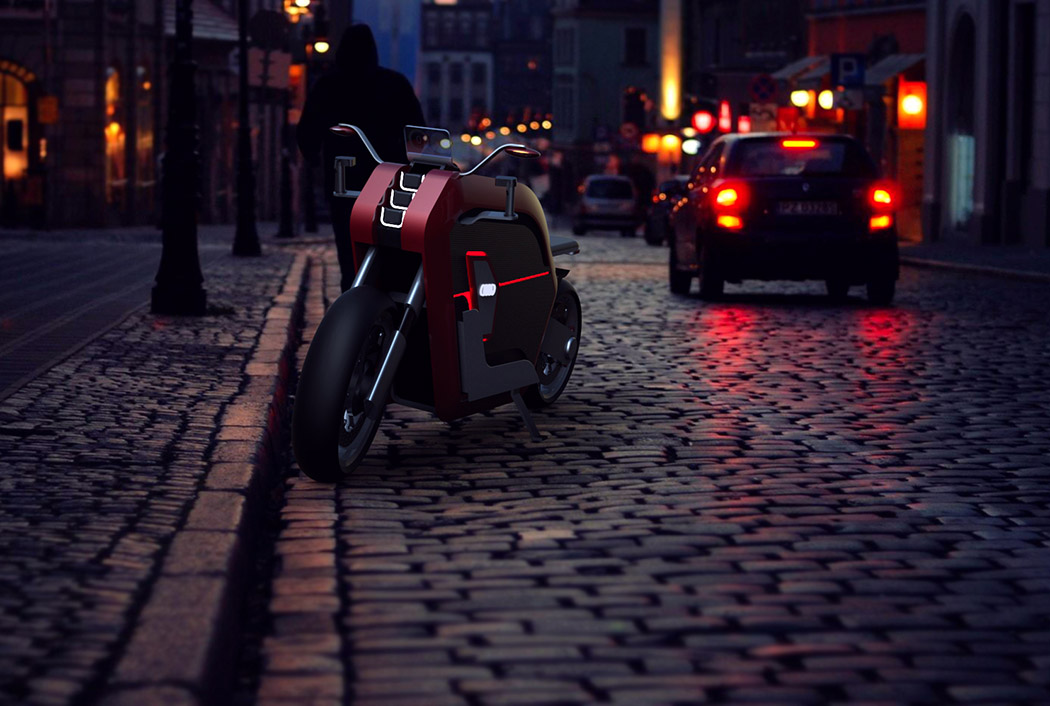 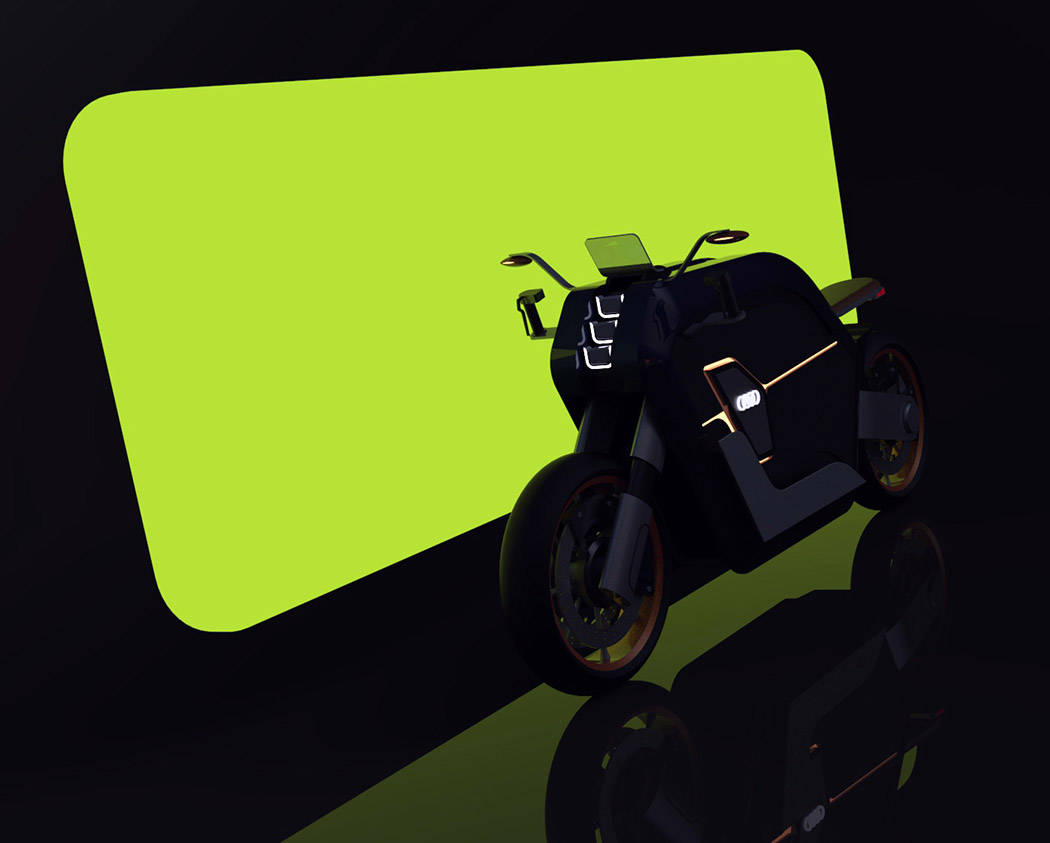 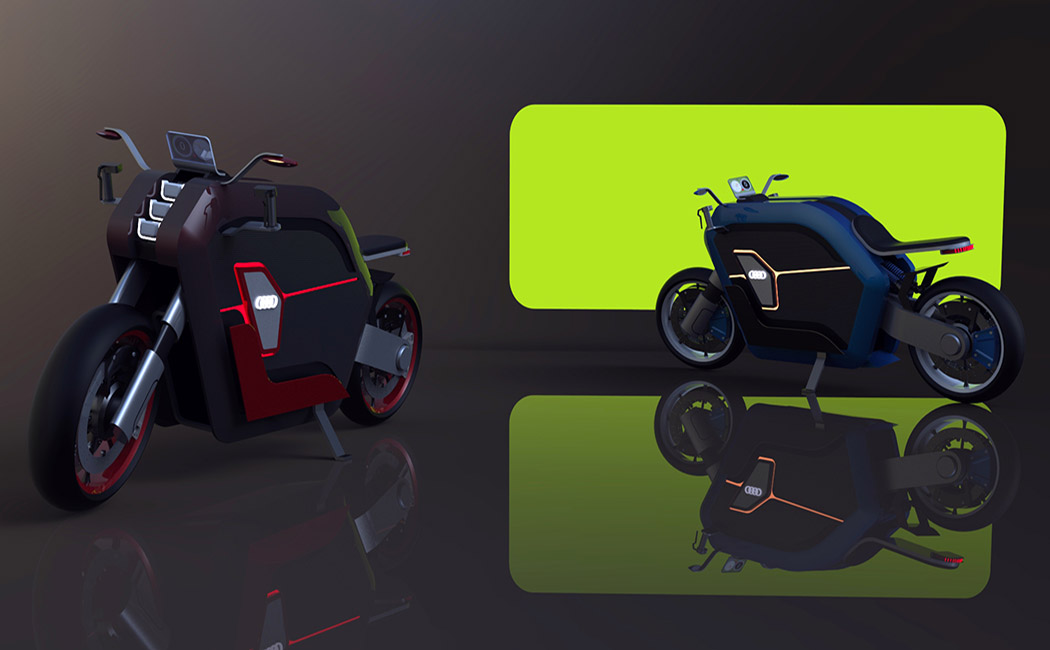 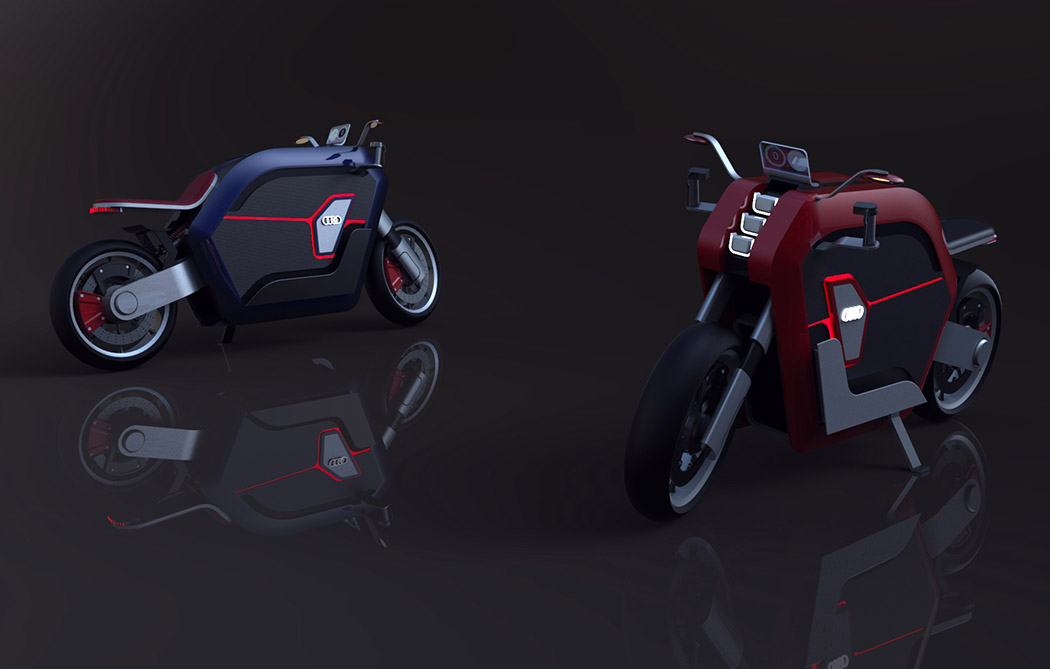 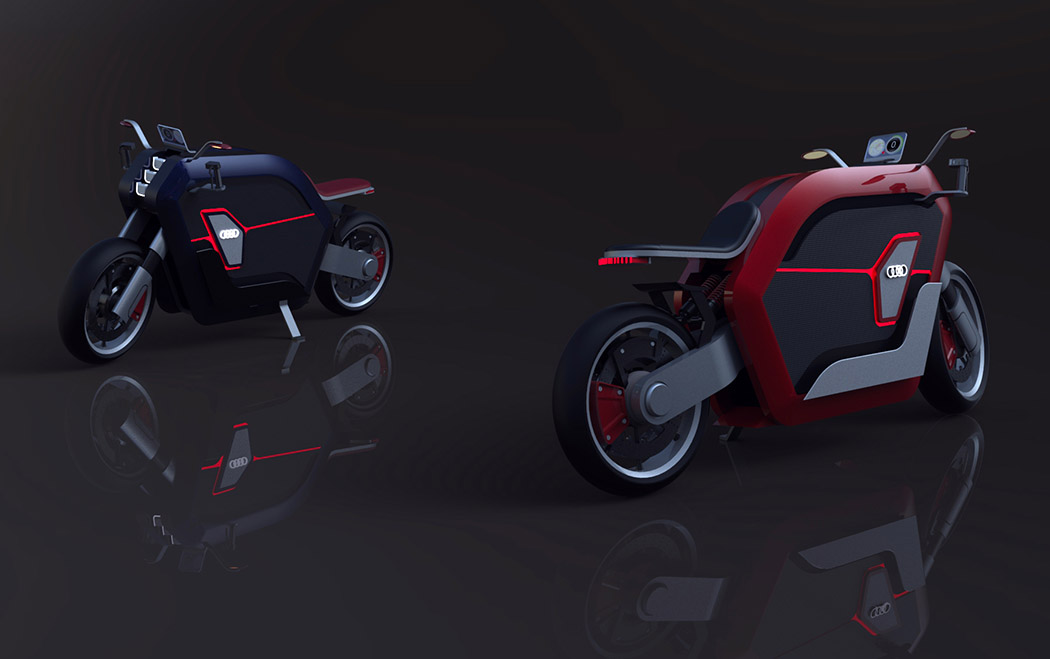 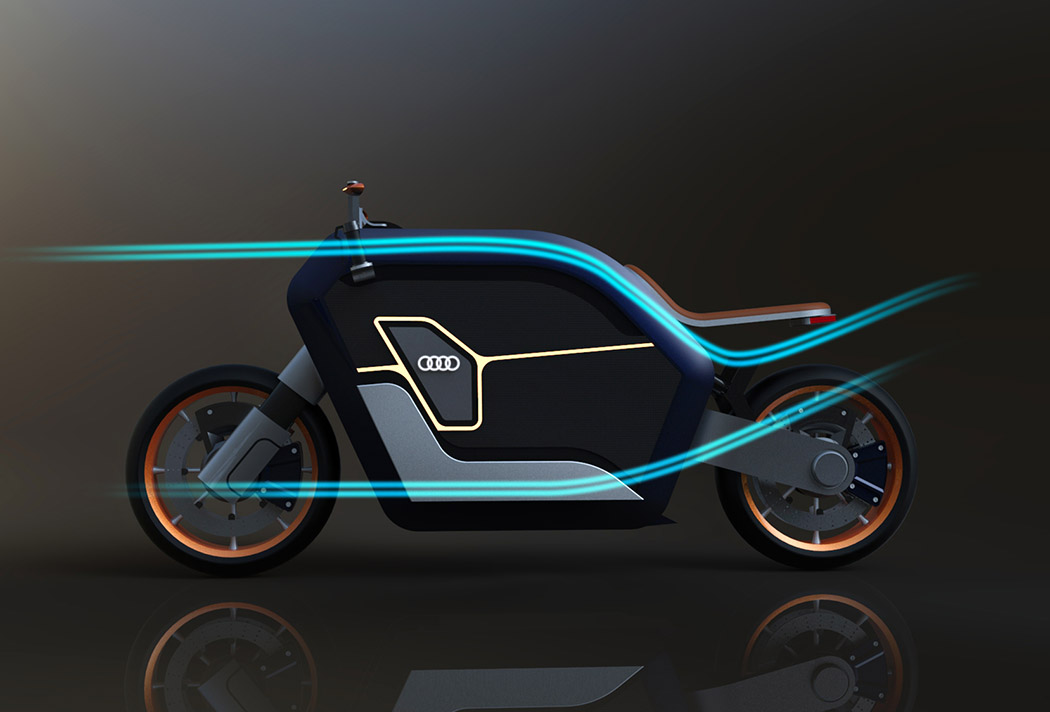 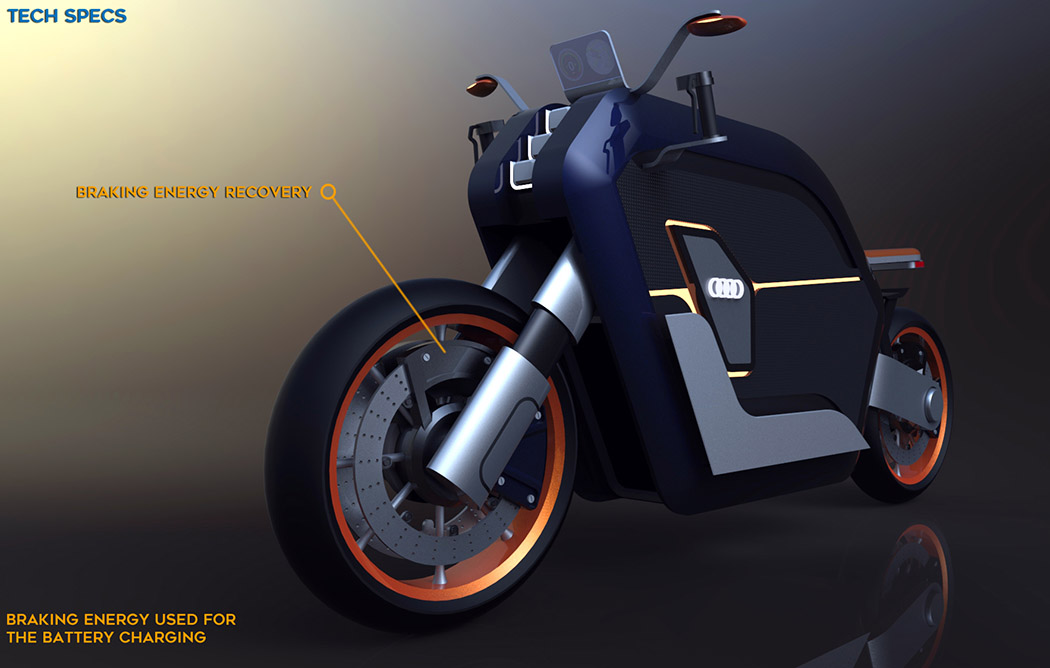 Currently preparing to take on the world land speed record for electric motorcycles (which is targeted at 250mph or 402 km/h), the WMC250EV sports a…

Nothing like the sound of dump trucks and bulldozers in the morning! I’m listening to it right now and daydreaming of electric power! The Hidromek…

That’s what these helicopters certainly are. Swiss! That means they’re going to be white, red, and black, and no other color, ever! Very pretty, very…